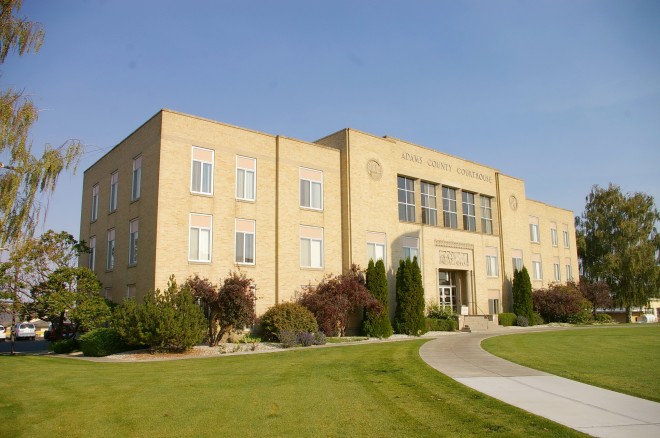 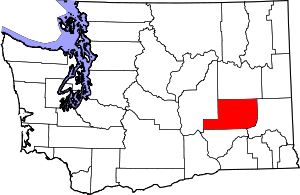 Description:  The building  faces southeast and is a three story buff colored brick and concrete structure. The rectangular shaped building is located on spacious landscaped grounds in the center of Ritzville. The southeast front has a central one story entrance which projects from the main building with a recessed doorway. The central section projects slightly and higher than the north and south wings. The roof line is flat. In the interior, the courtrooms are located on the southeast side of the second story. The building houses the County Superior Court and the County District Court. The Superior Court Courtroom is ornamented with its original wood wainscot along all four of its walls. The judge’s bench rests at the most elevated level, centered at the front of the room. Both agriculture and patriotic inspired decoration can be found in the subtle details of the courtroom. A blue ribbon accented by yellow starts rests at the top of the walls, resembling colors and starts of the American flag. The plaster crown molding placed directly above the blue ribbon continues the agricultural theme found throughout the courthouse. The detailing is an abstracted representation used to resemble influence from wheat and agriculture of the region. The central portions of the ceiling have been raised and finished with an acoustical treatment that has been painted with a repeating wheat pattern. On the northwest side is the jail which was constructed in 1941 to 1942. The architect and contractor were the same. 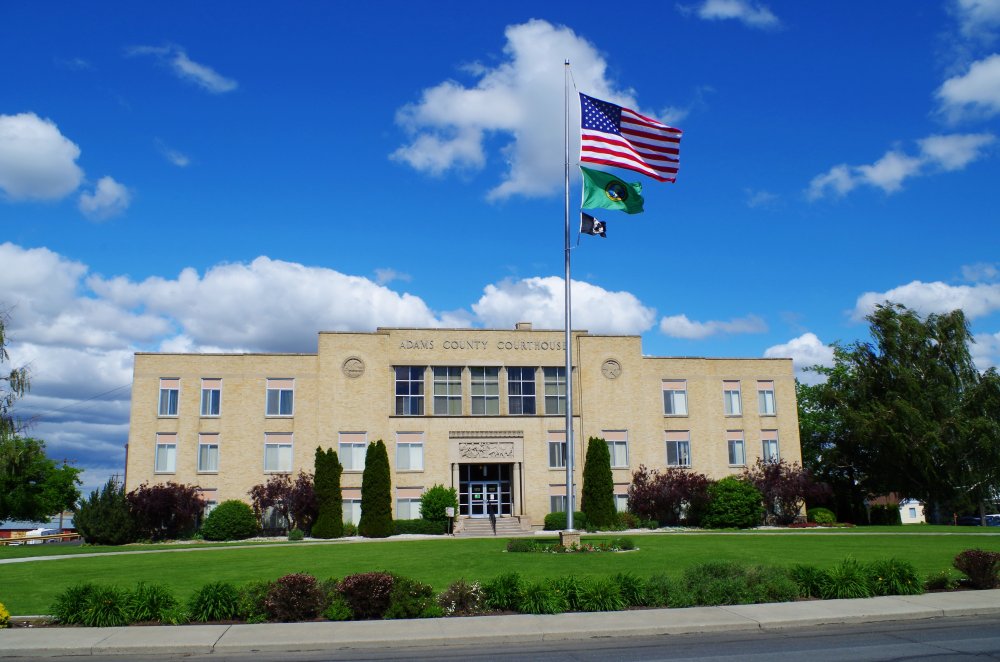 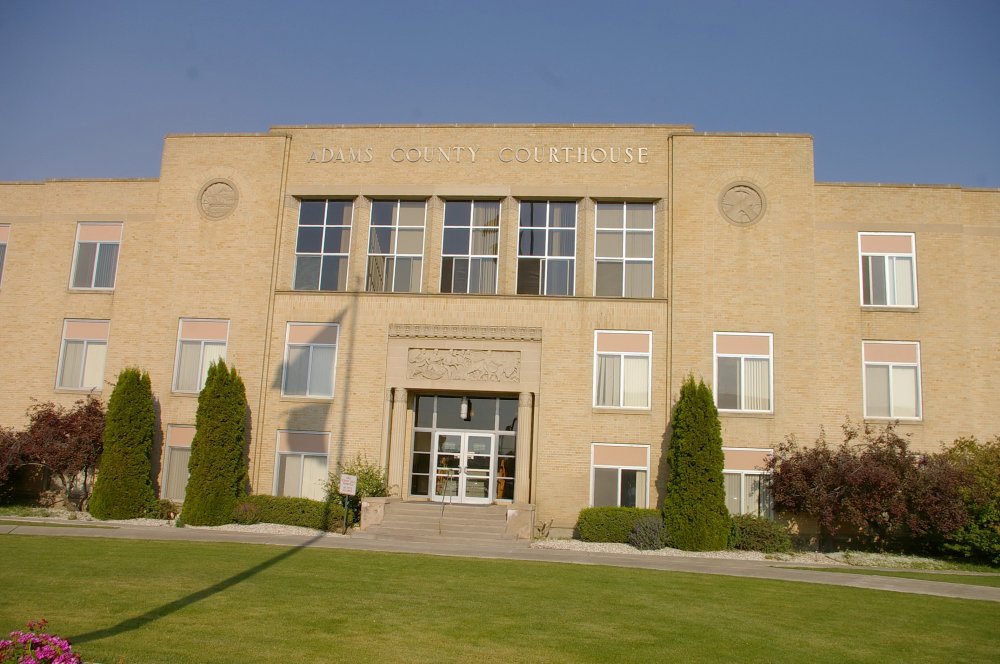 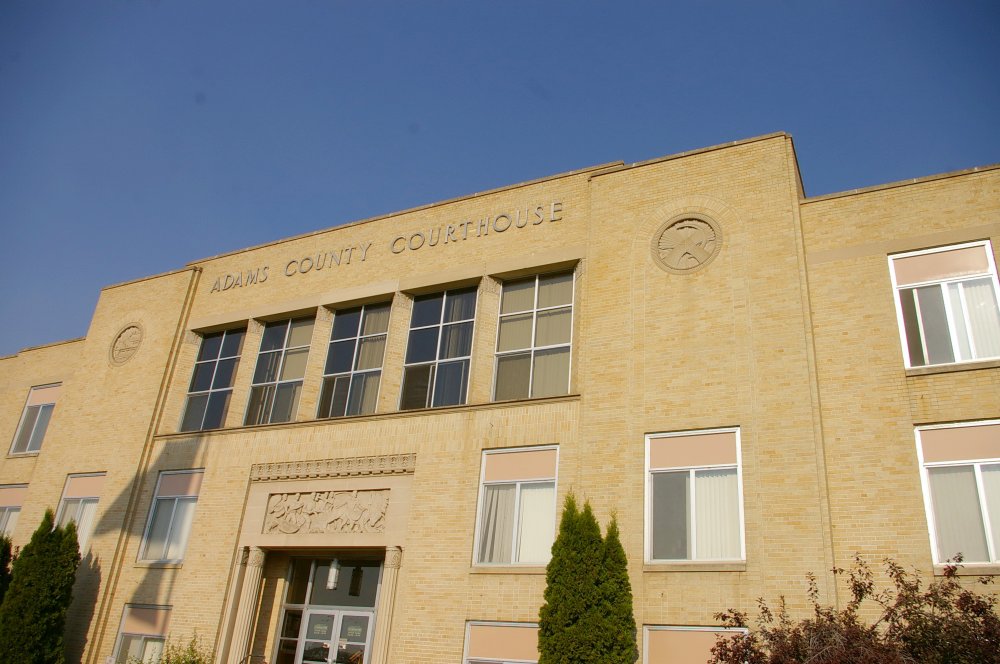 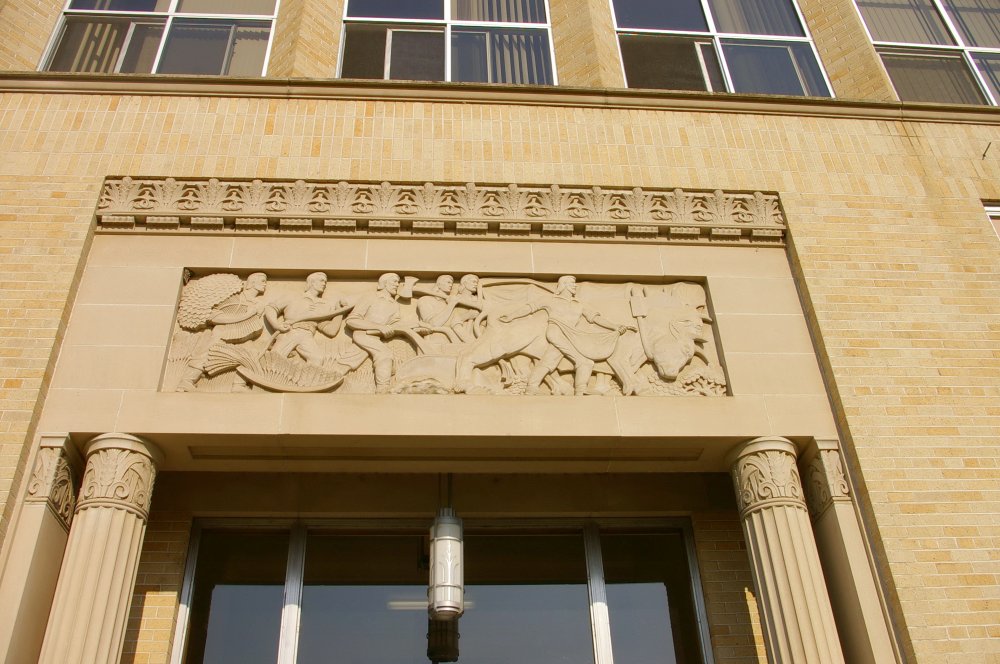 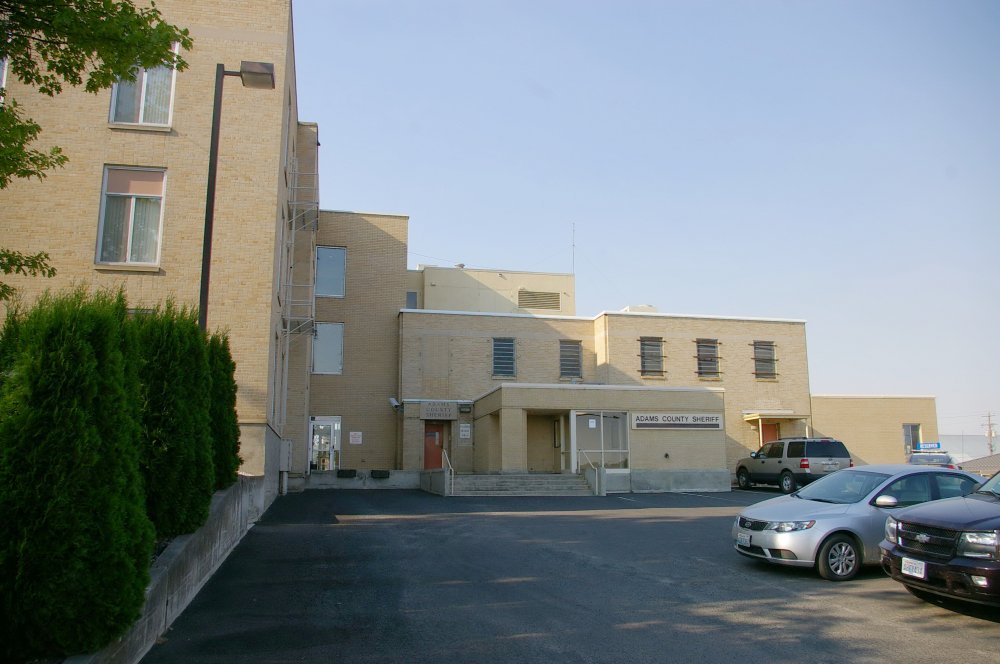 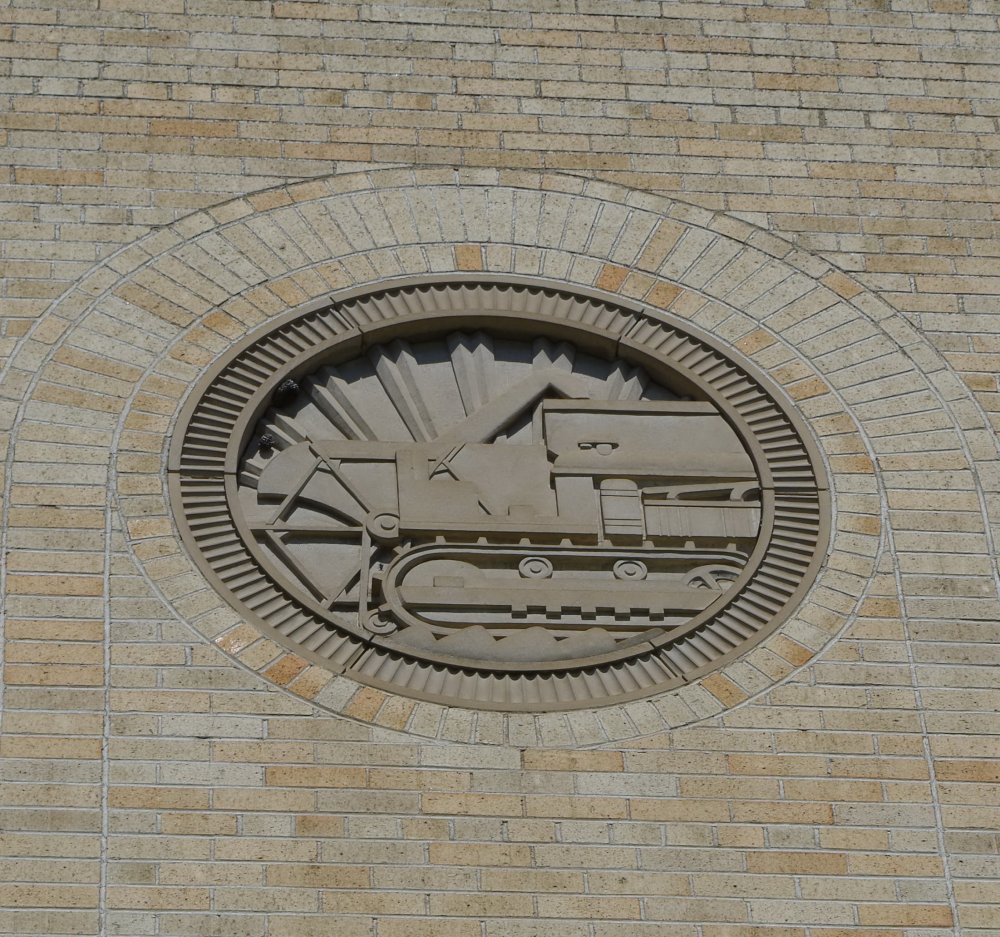 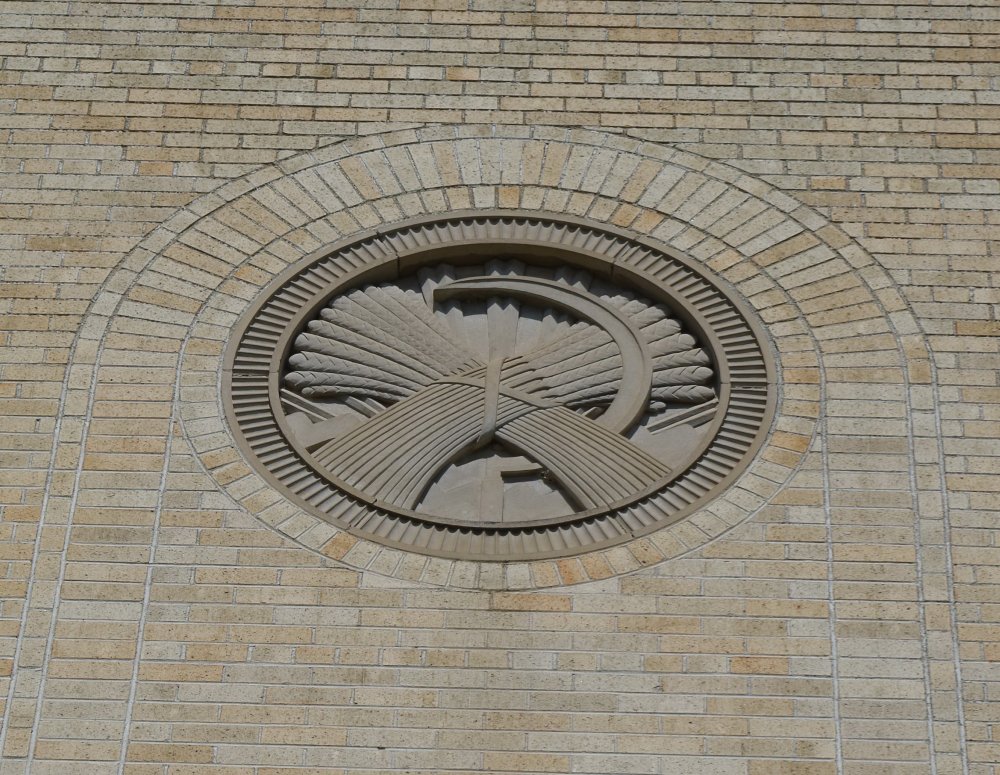 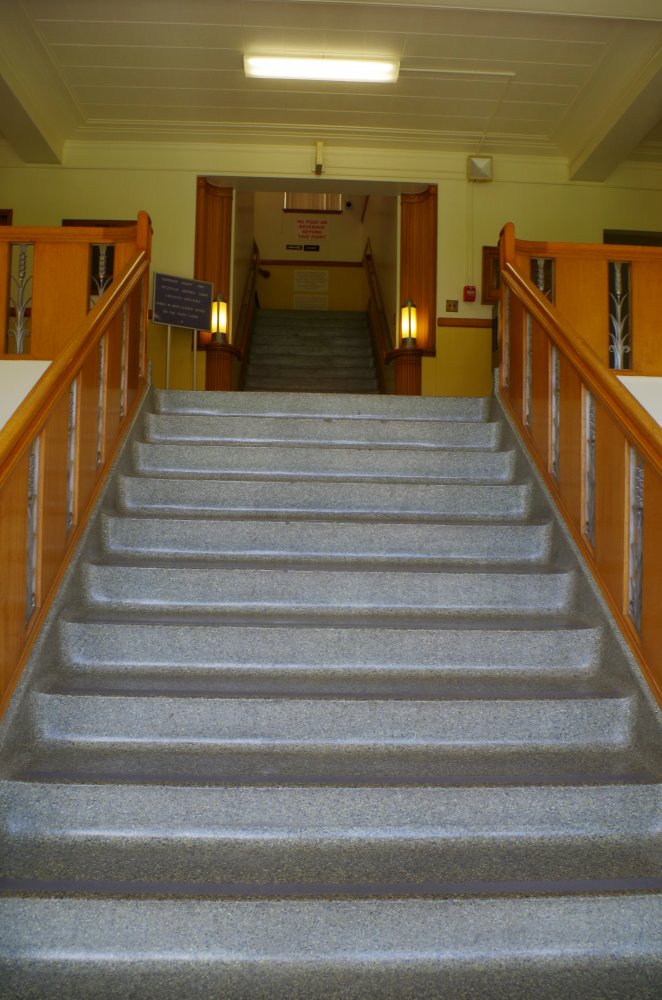 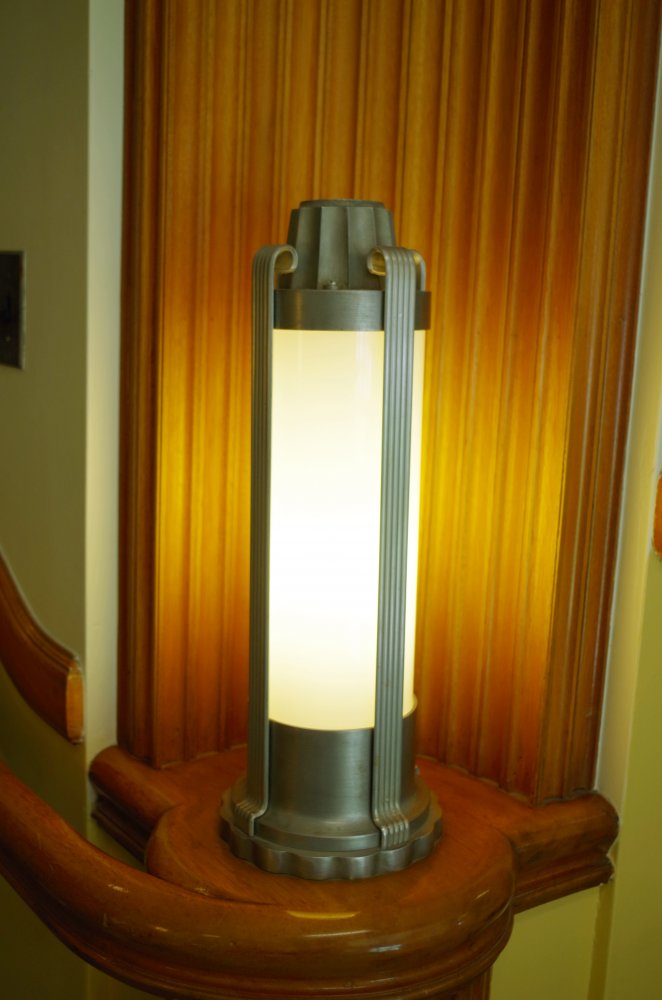 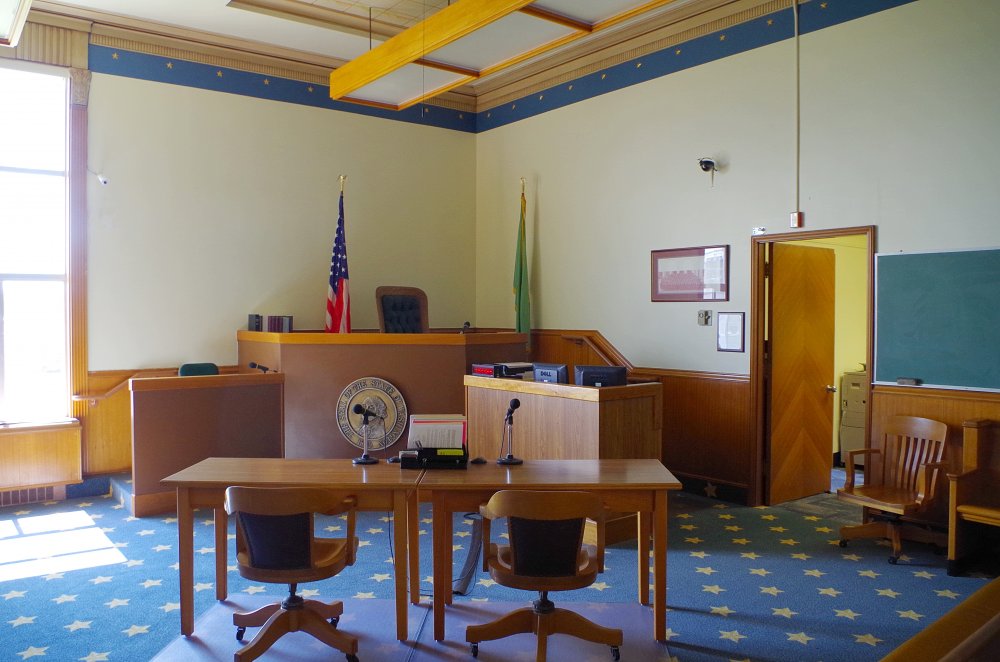 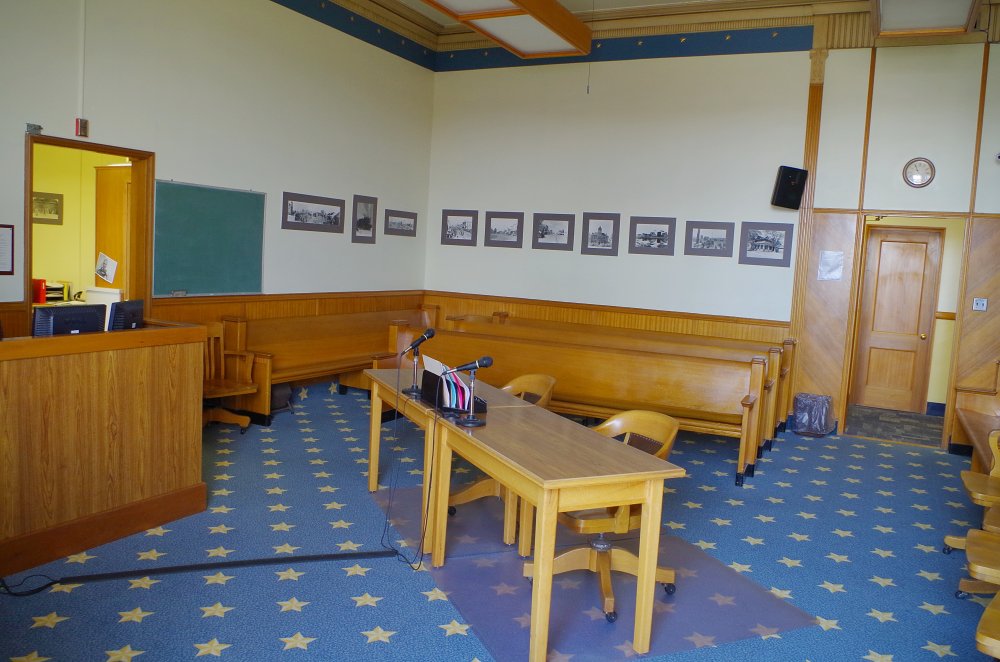