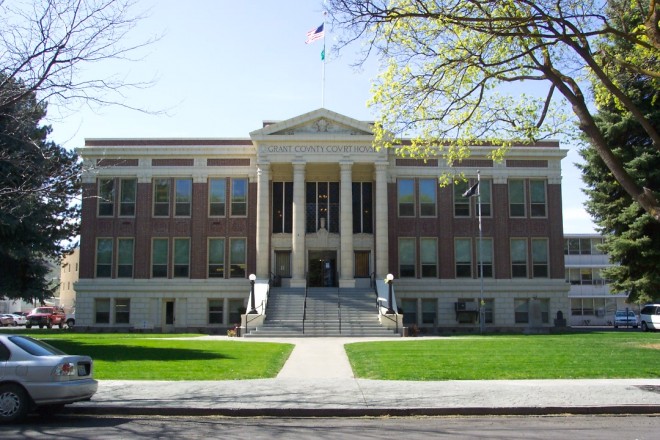 Grant County is named for Ulysses Grant, who led the Union forces to victory in the Civil War. He was elected President of the United States. 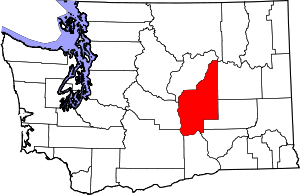 Description:  The building  faces east and is a two story rectangular red colored brick, stone and concrete structure. The building is located on spacious landscaped grounds in the center of Ephrata. The building has a terra-cotta exterior and has a large portico supported by four large white colored fluted Corinthian columns with a pediment above at the roof line. The building is rectangular shaped and what appears to be the foundation is continued up to the level of the first floor faced in glazed white colored terra cotta blocks that resemble polished stone coursework. Above this the wall surface changes to brick after a substantial water table marking the transition between stories. The windows and decorative brickwork spandrels nearly fill recessed panels in between the slightly projecting brick pilasters. A wide cornice runs below the roof line. The base of the building is stone. The courtroom is located on the second story.The building houses the County Superior Court and the County Distyrict Court. An annex was added in 1957 along the west side. The architect was Donald Ross Hollingberry.

History:  The county was created in 1909 and Ephrata was designated as the county seat. The first meeting of the commissioners was in a room over the general store.  The first courthouse was a two story frame structure built by J C Cunningham of Wilson Creek in 1909 at a cost of $4,975. The second and present courthouse was constructed in 1917 to 1918 at a cost of $63,263. 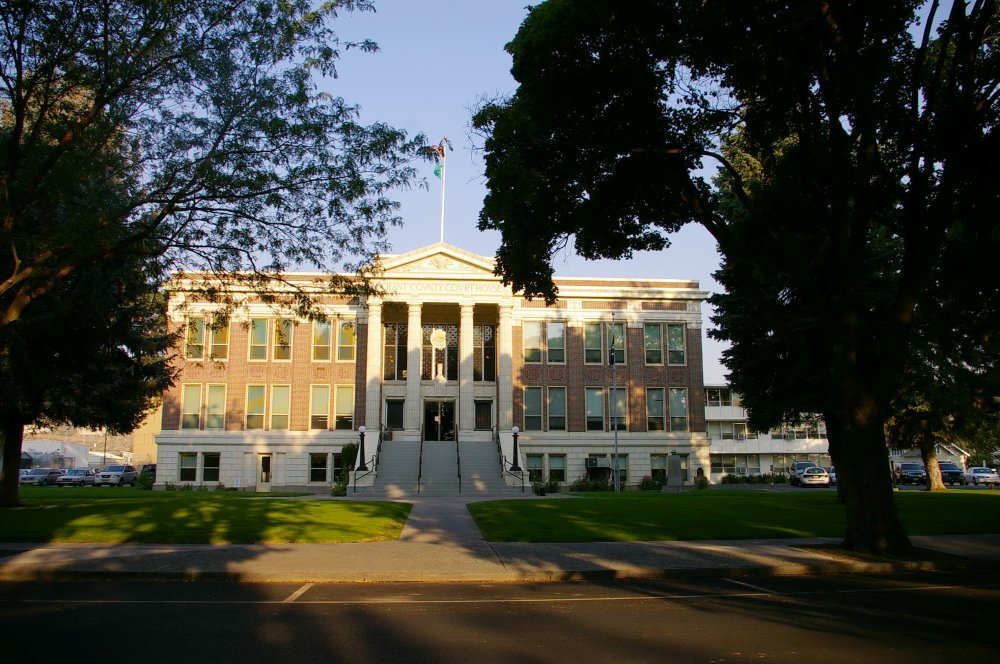 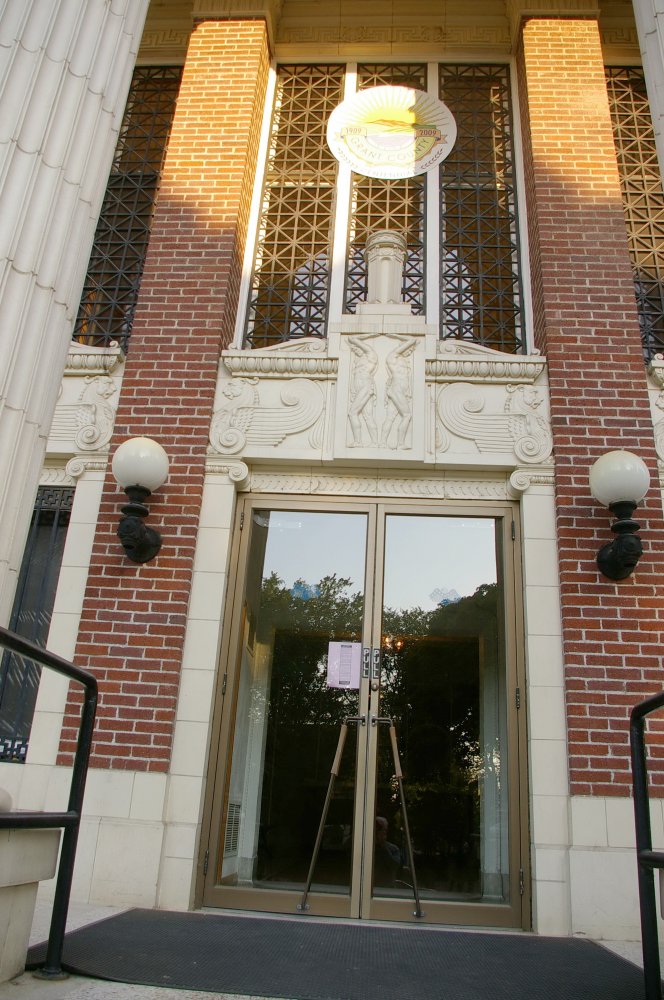 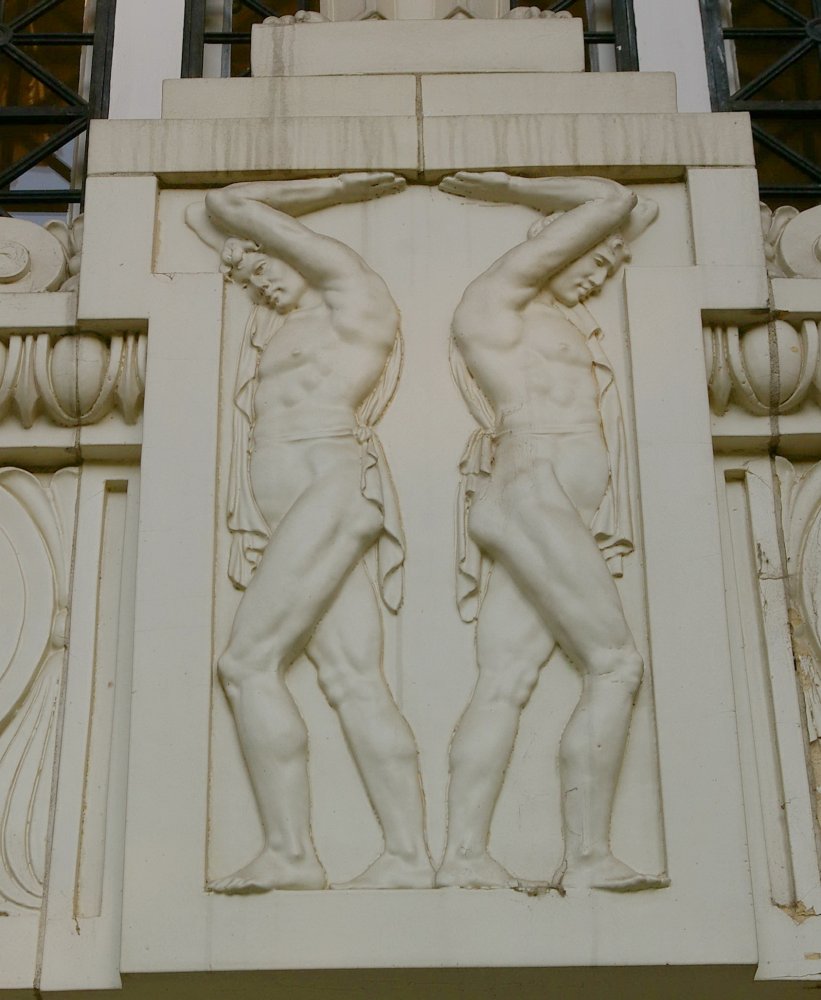 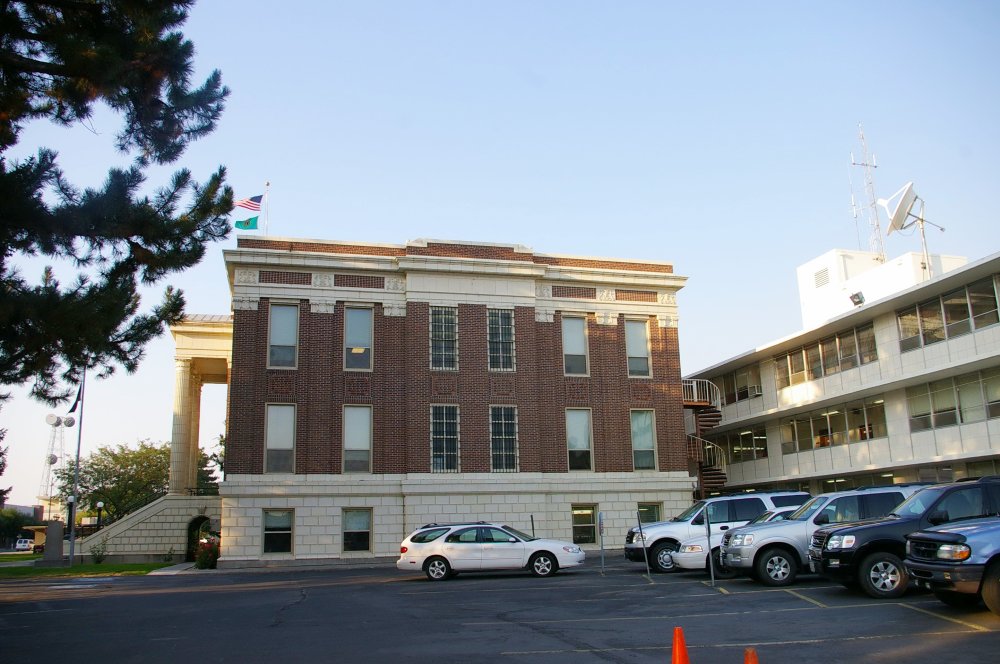 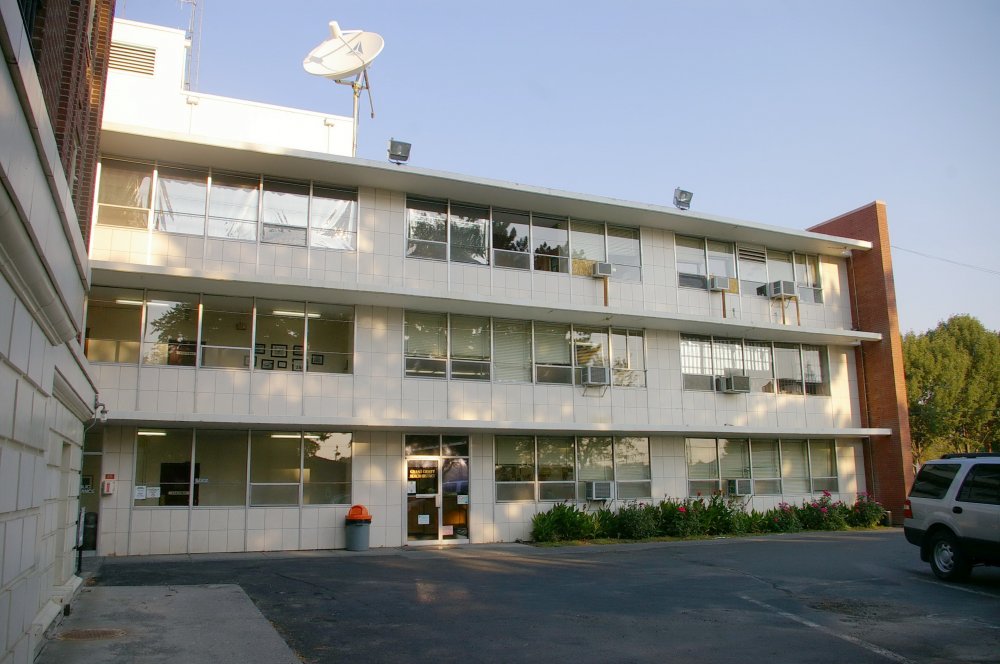 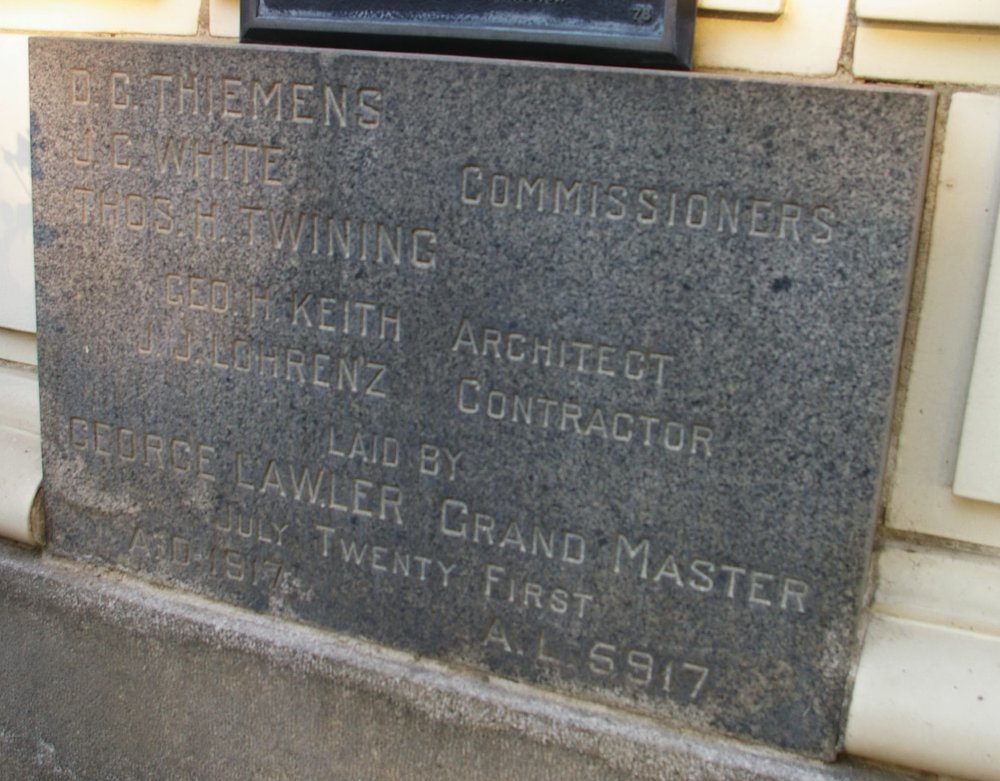