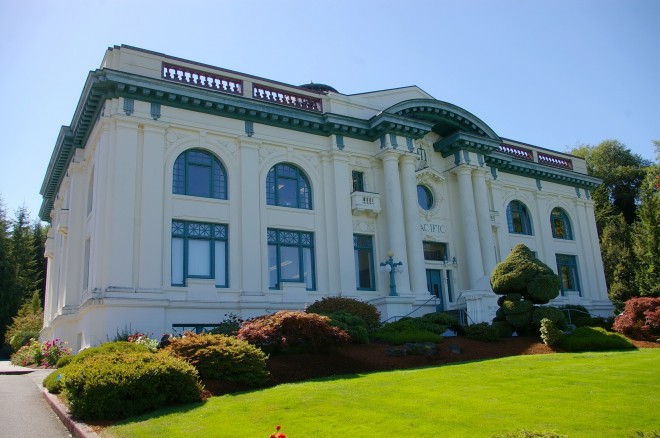 Pacific County is named for the Pacific Ocean which borders the county.

Description:  The building  faces northwest and is a two story cream colored stucco, brick and concrete structure. The building is located on spacious landscaped grounds of Quality Hill in the center of South Bend. The north front has a high portico with four white columns rising to a rounded pediment at the roof line with peaked section behind. Along the roof line is a balustrade. The second story windows are arched. On the center of the roof is a large black colored dome. The interior is notable for its impressive central rotunda. The north or main entrance foyer is a brightly lit vestibule with a coffered ceiling. On the walls are fasces-framed panels containing naturalistic local scene paintings. Double circular stairs of cast iron are located in the rear foyer, on the opposite or southerly side of the rotunda, providing access to basement offices and to the courtroom, and offices on the second story. The large courtroom has an art-glass skylight situated at the center of the coved ceiling. On the north side is the County Jail constructed in 1983 to 1985. 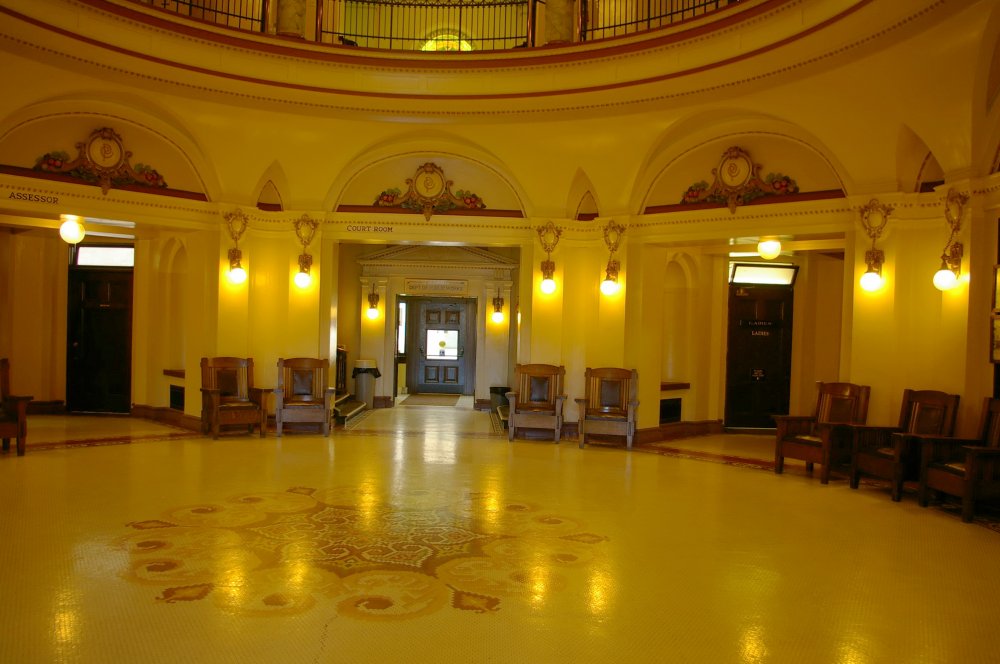 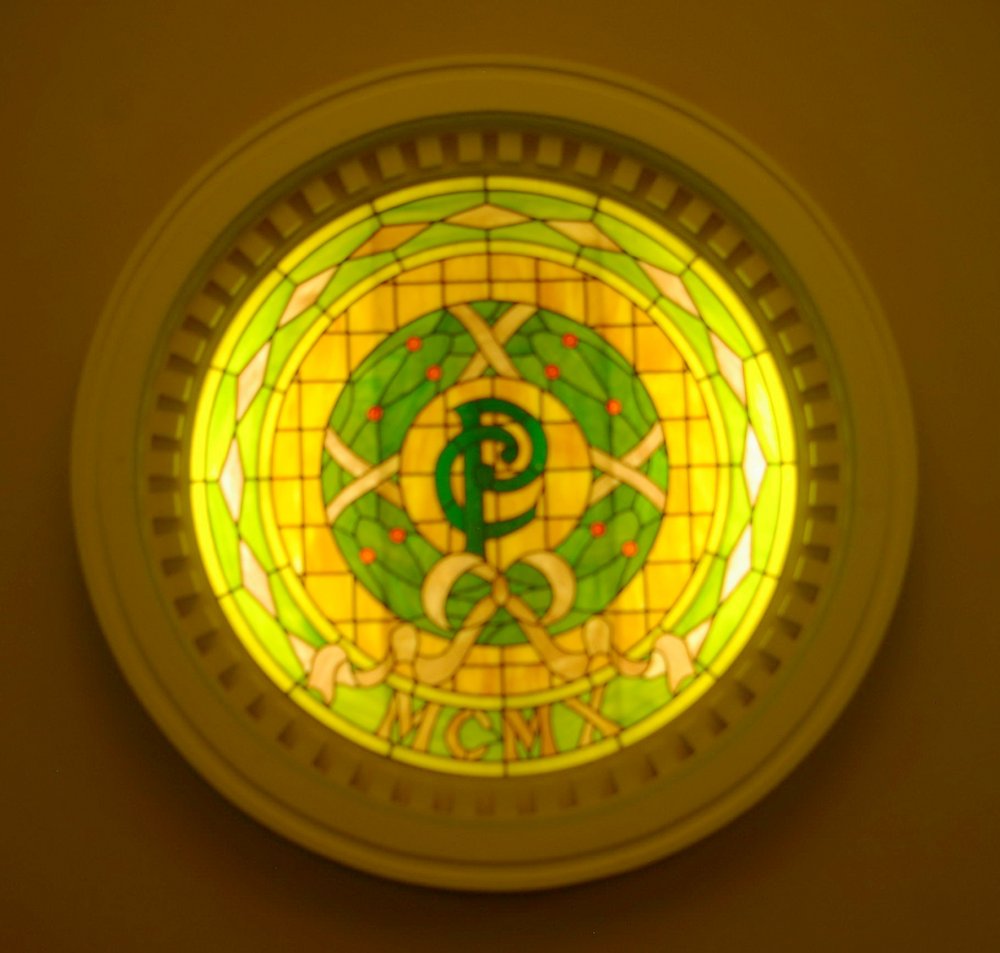 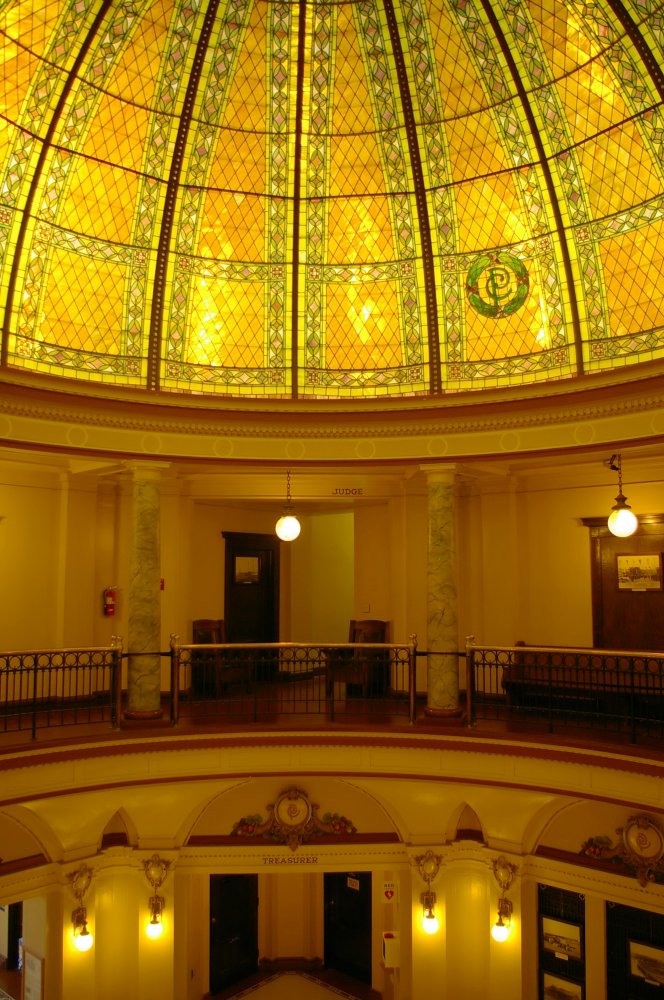