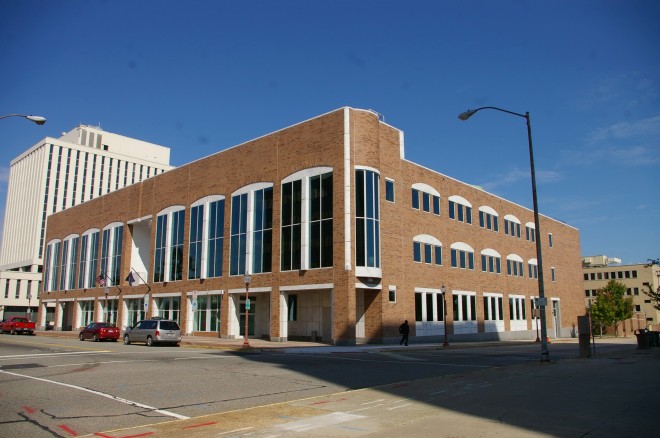 Newport News is named for Christopher Newport’s “good news” by Jamestown colonists who left to return to England aboard a ship of Captain Christopher Newport and who then turned back to Jamestown after encountering a fleet of supply ships, or from the English word “news” meaning “new town” or from “New Port Newce” named for Sir William Newce and who received a land grant in the area.

Description:  The building faces southwest and is a three story red colored brick and concrete structure. The building is rectangular with the southwest front is recessed on the first story and with brick faced pillars and a central entrance. The second and third stories have vertical; windows trimmed with concrete. Along the sides, the windows are in groups of three windows. The roof line is flat. The building houses the General District Court and the Circuit Court.

Description:  The building faces northeast and is a four story buff colored brick and concrete structure. The windows are in horizontal groups. Above the northeast entrance is a high narrow vertical windows section extending up to the fourth story.  The roof line is flat. The building houses the Juvenile and Domestic Relations Court and was formerly the courthouse.

Description:  The building faces northeast and is a two story red colored brick and wood structure. The rectangular building is located on landscaped grounds. There is a shallow metal covered hipped roof with three shallow cross gables. On the roof is a square wooden bell cupola that rises above the central projecting bay.

Note:  The previous courthouse was built in 1810 was a one story “T” shaped structure. 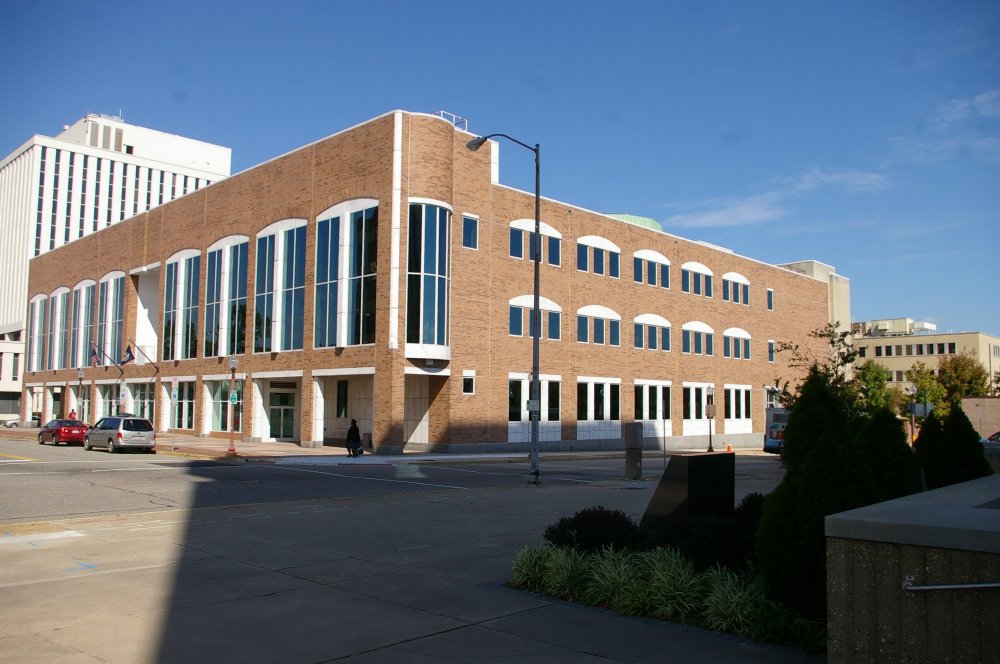 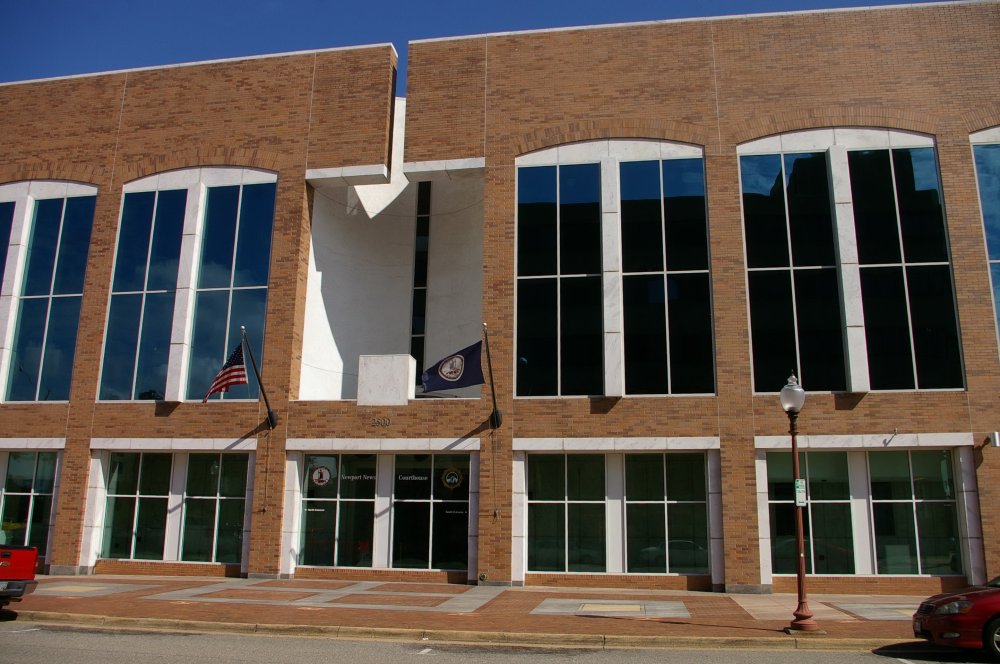 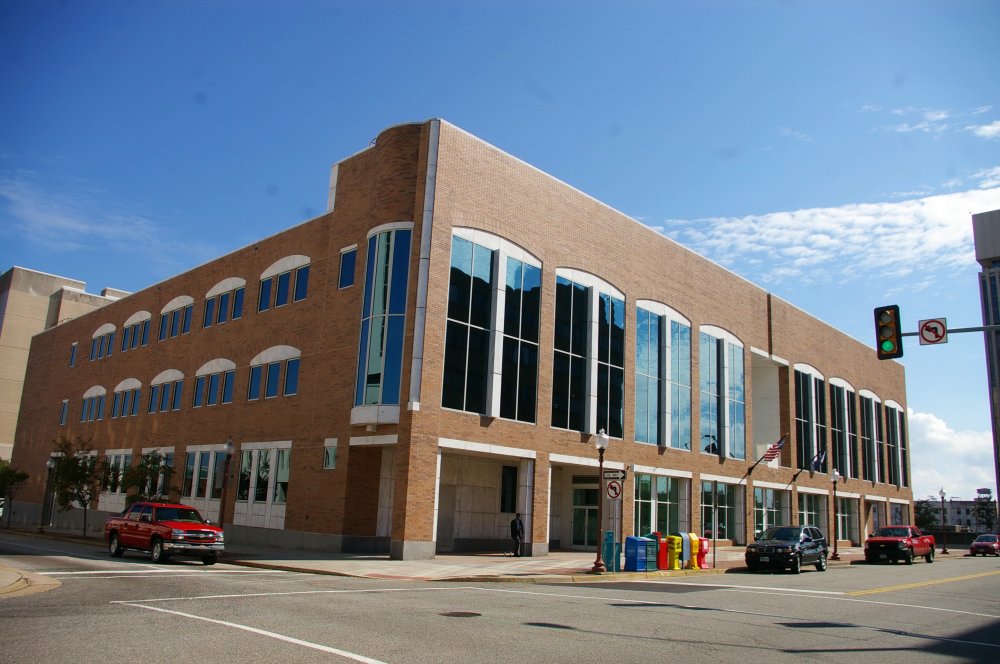