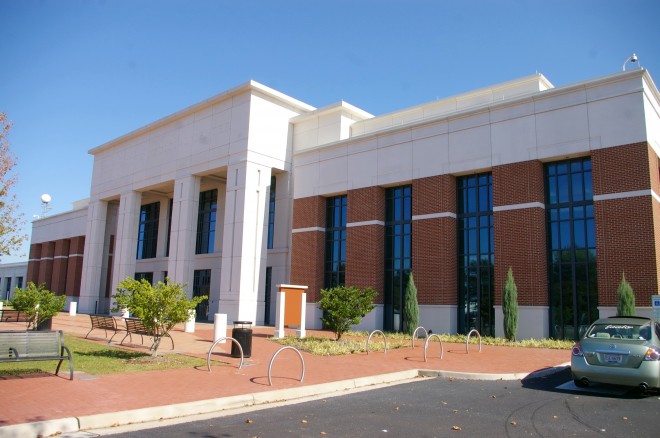 Description:  The building faces west and is a three story red colored brick, concrete and glass structure. The building has a square shaped center section and lower north and south wings which are “L” shaped on the east side.  The west front has a large white colored concrete center section with three rectangular openings. The windows are long and vertical. A wide white colored band runs below the flat roof line. 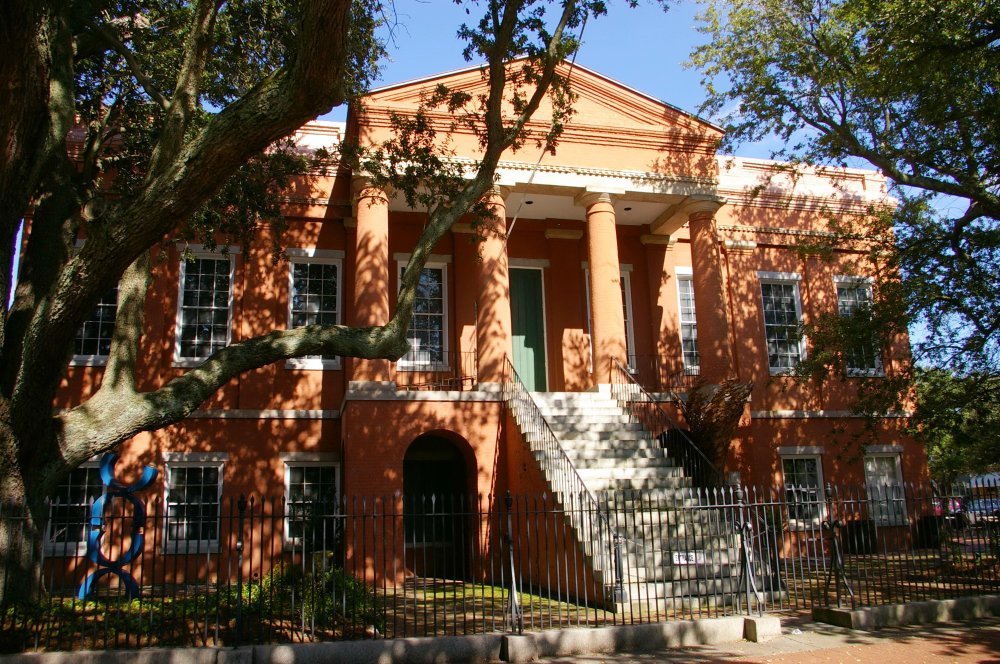 Description:  The building faces south and is a two story red colored brick structure. The south front has a large portico with arches on the first story and steps ascending to the second story. There are four columns rising to a pediment at the roof line. The building served as the Norfolk County Courthouse. The building is now the Portsmouth Art & Cultural Center. 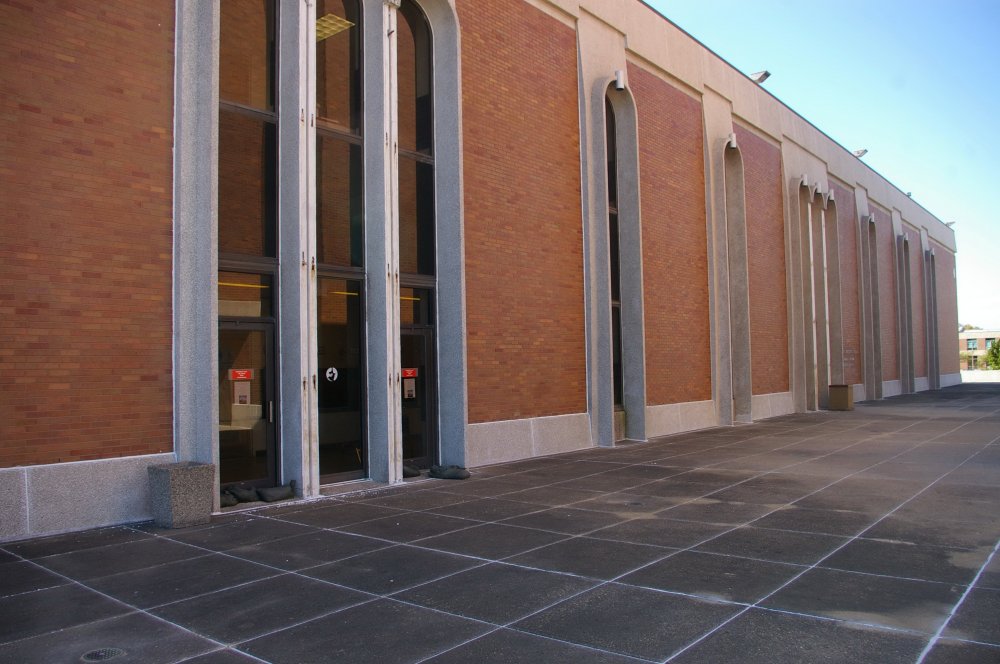 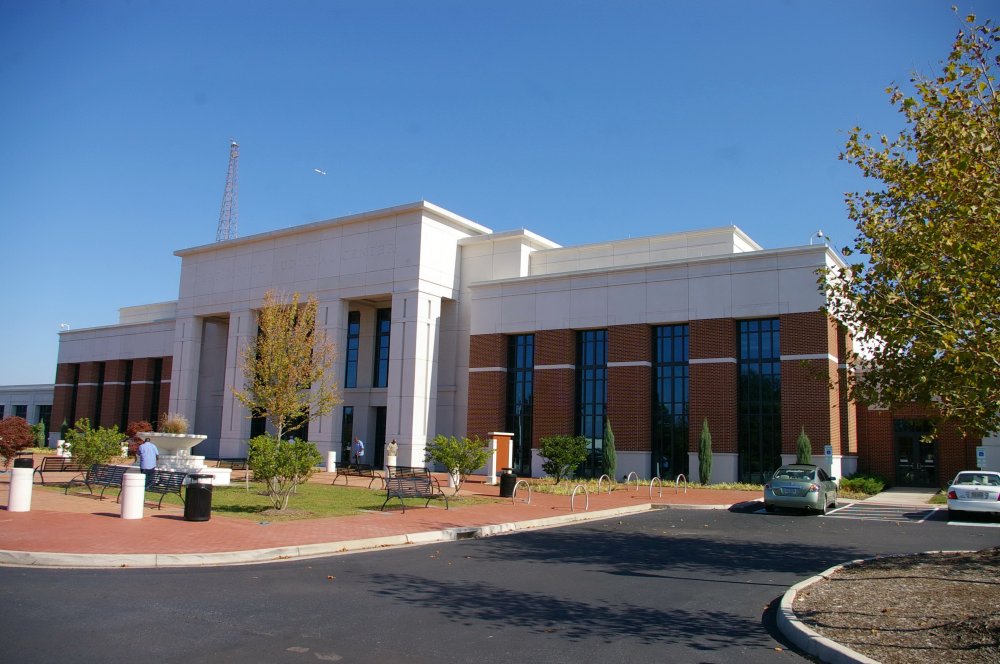 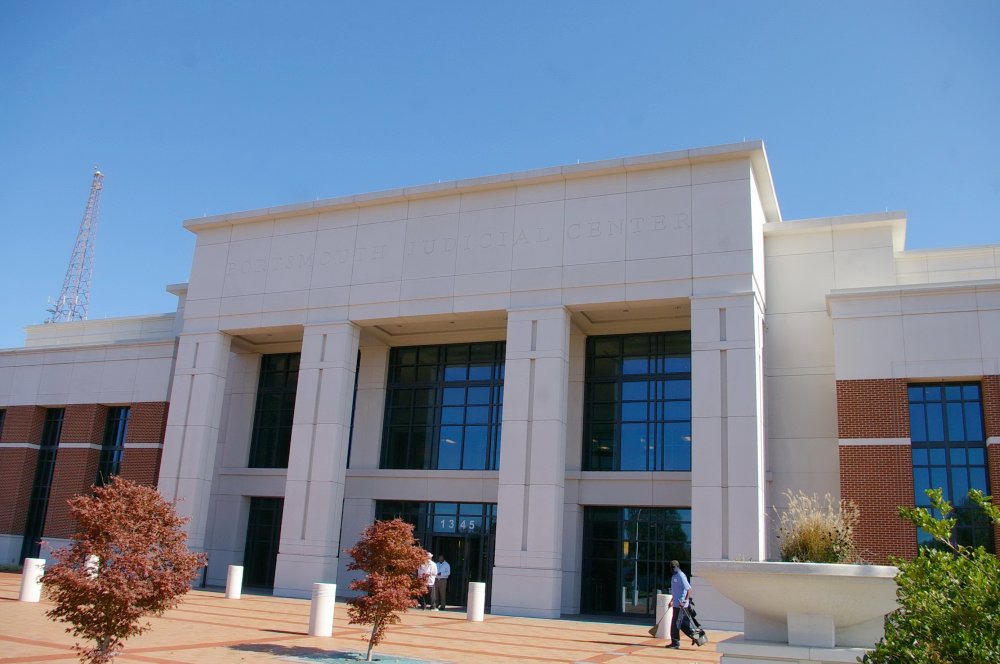 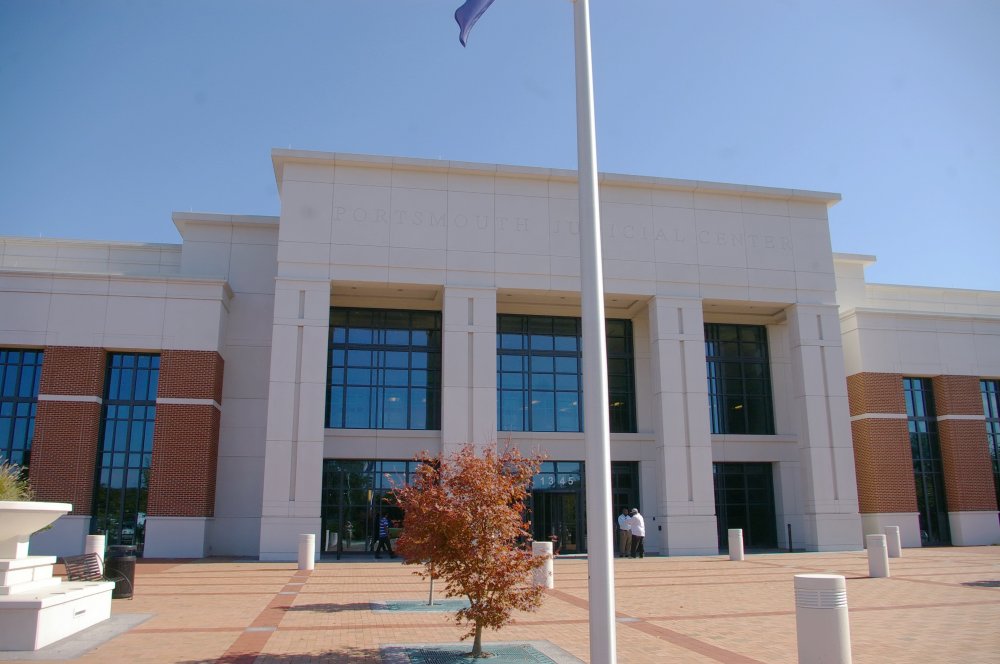 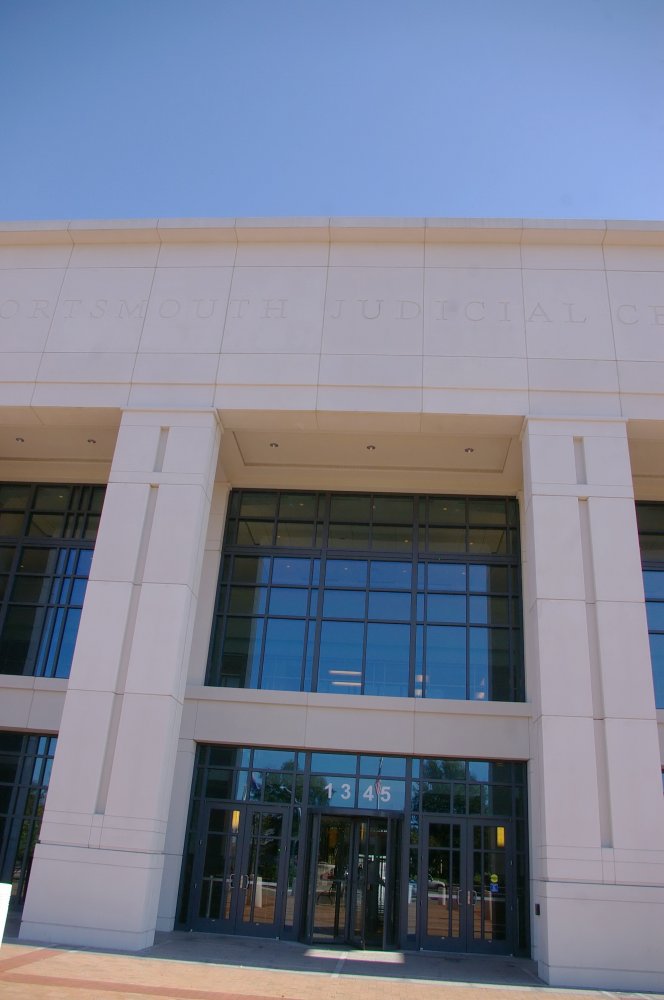 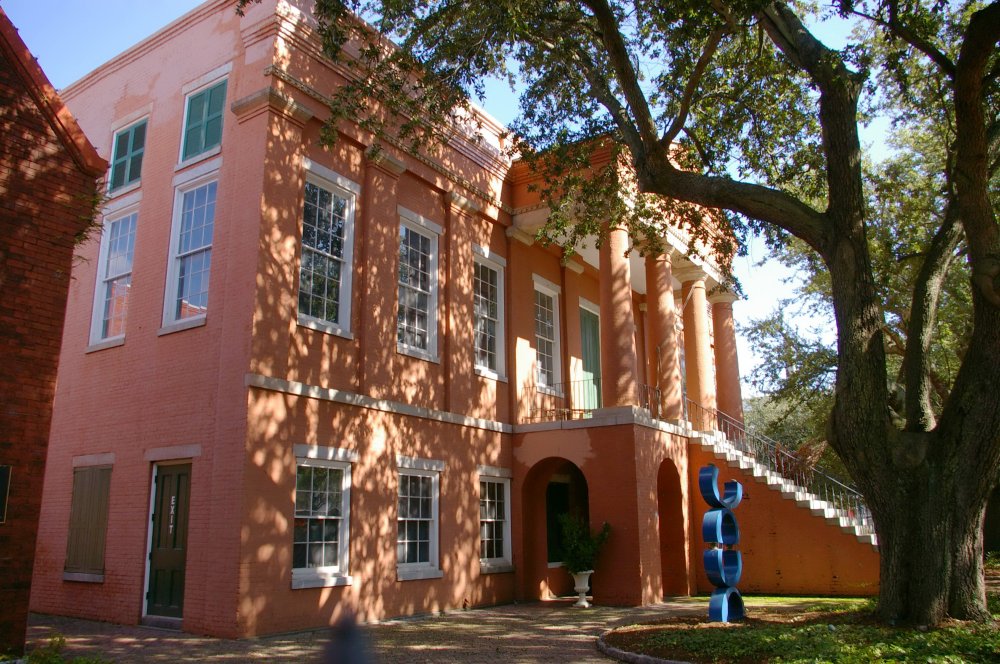 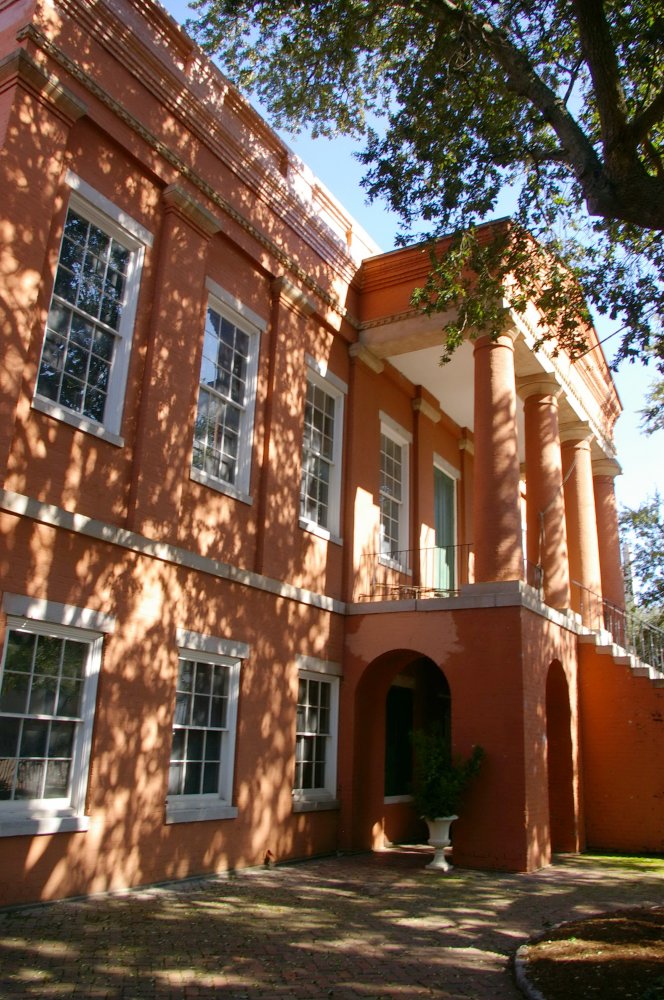