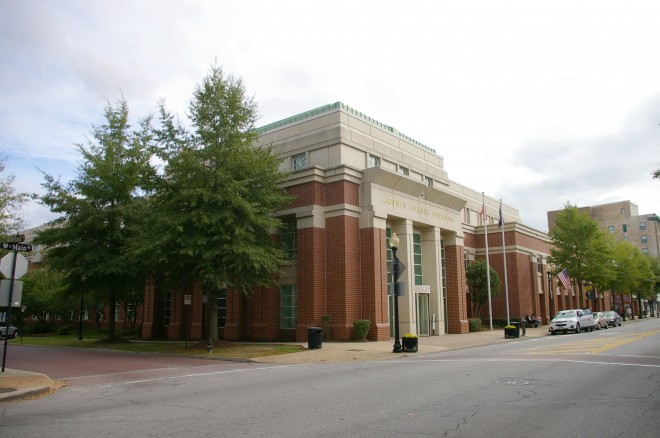 Suffolk is named for the City of Suffolk in England, United Kingdom.

Description:  The building faces west and is a three story red colored brick, concrete and glass structure. The west front has a high projecting section at the northwest corner with three rectangular openings with recessed glass panels and doorways on the first story. The third story is recessed with square windows and flat roof line. The building is named as the Mills E Godwin Courts Building. 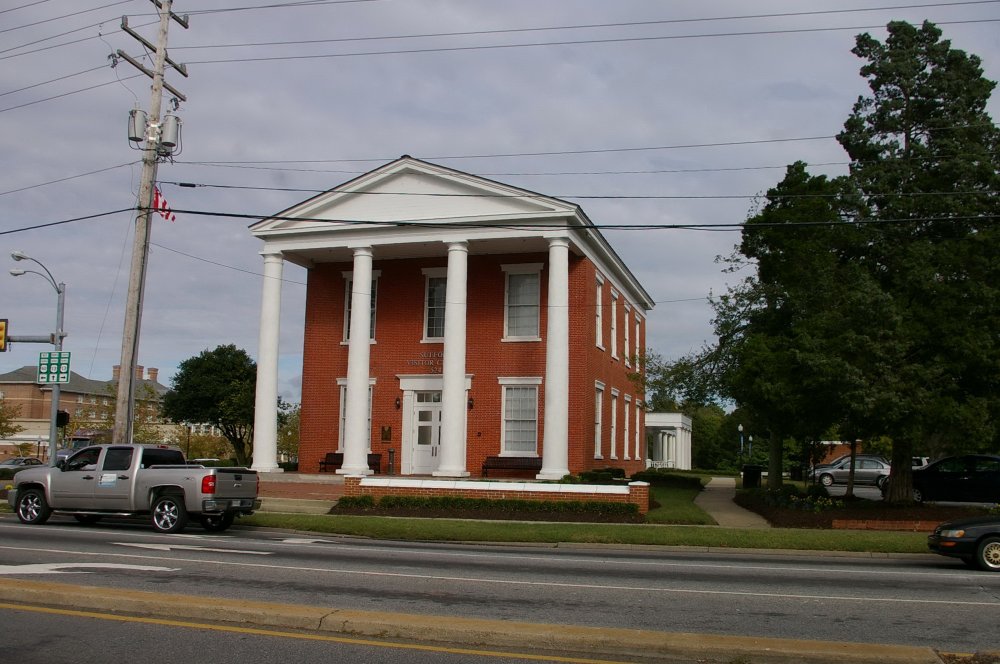 Description:  The building faces west and is a two story red colored brick structure. The west front has a large porch with four high white colored columns. The recessed entrance is framed with white colored wood. The roof is hipped.  An addition was added in the 1909. The architect was John Keven Peebles. The building served as the Nansemond County Courthouse until 1972 and as the Suffolk City Courthouse until 1998, The building is was converted to the Visitor Center in 2010. The architect was Wiley & Wilson and the contractor was E T Gresham Company Inc. 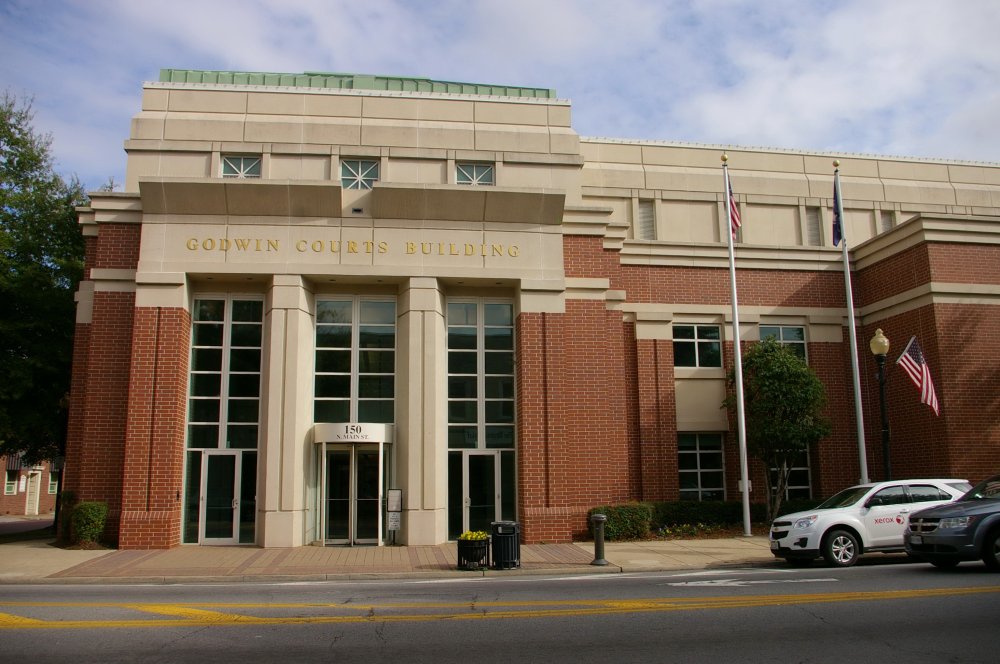 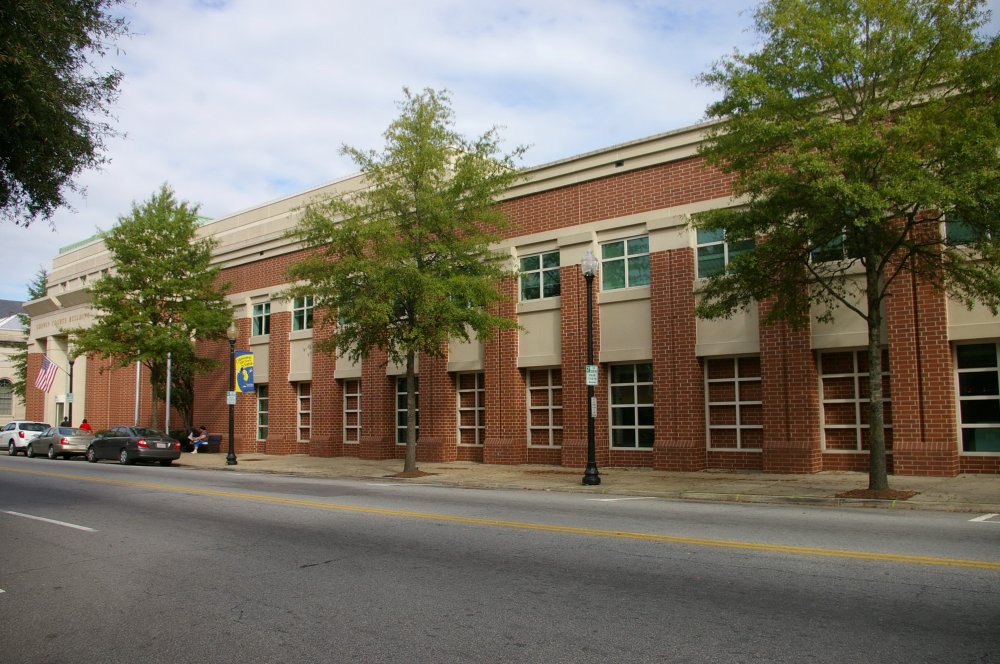 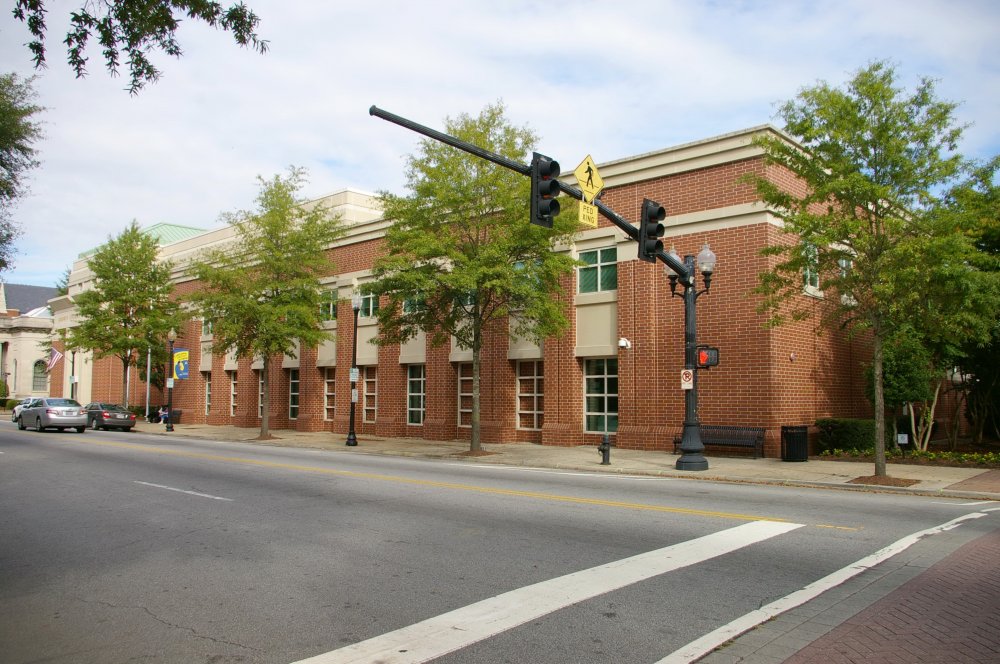 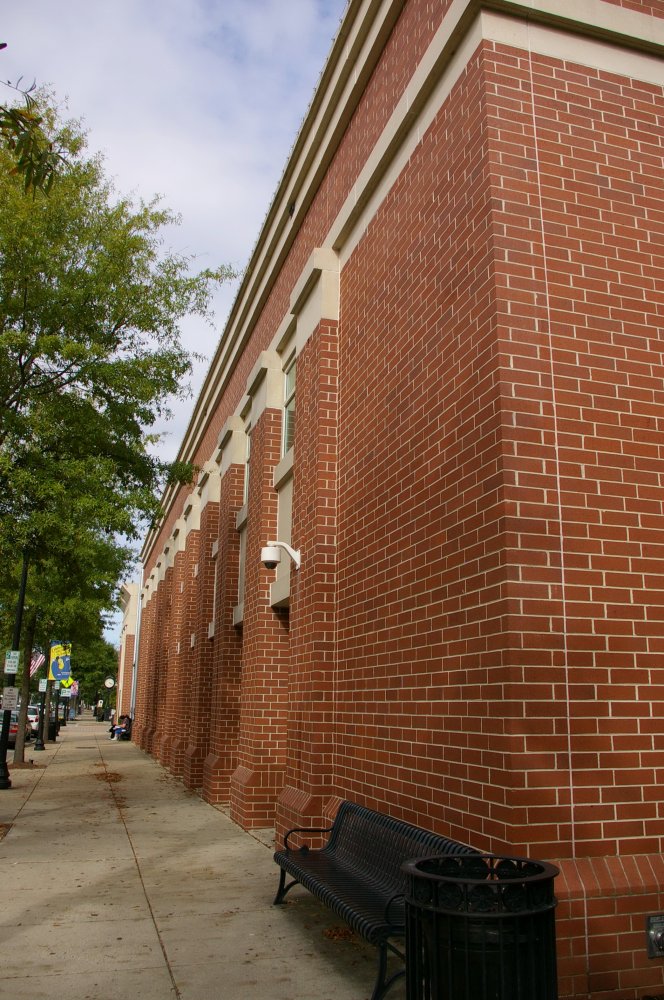 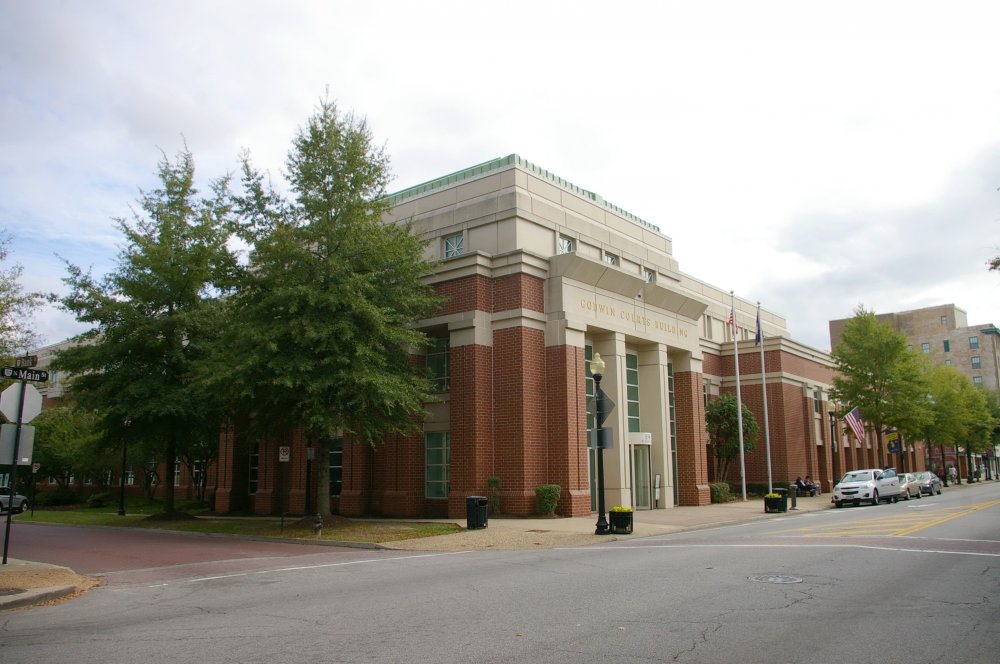 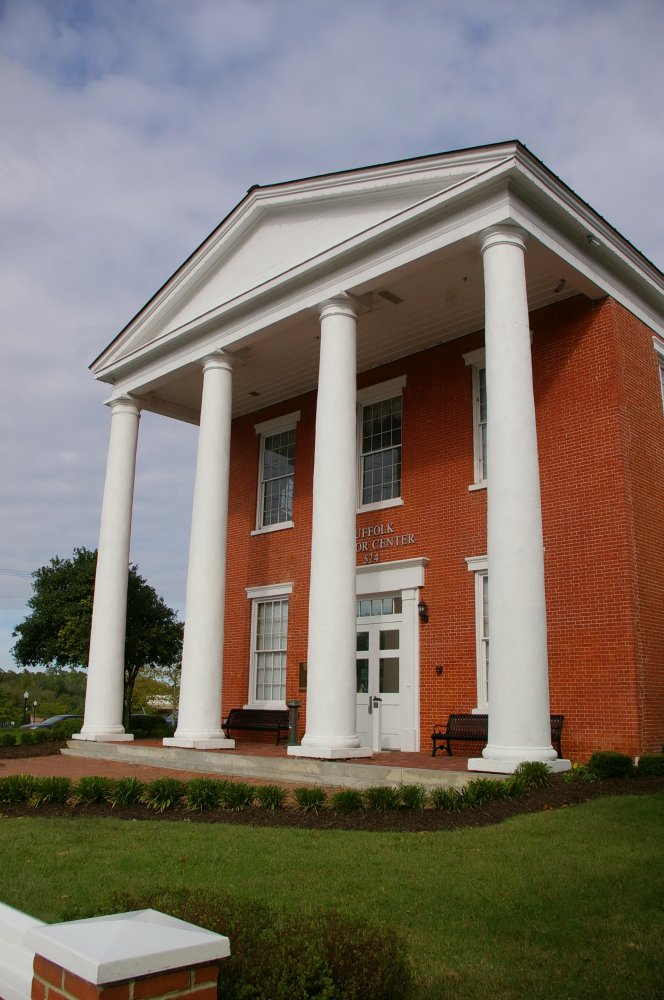