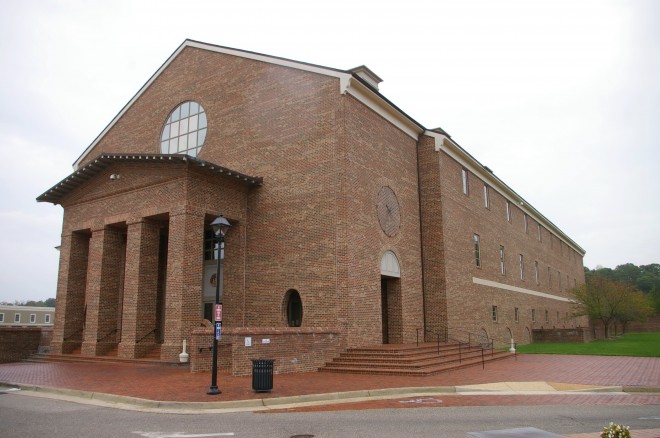 James City County is named for King James I of England.

Description:  The building faces west and is a three story brown colored brick and concrete structure. The building is located on landscaped grounds on the west side of the center of the city. The west front has a one story brick portico with four brick pillars and recessed entance. Above the portico is a circular window. On the hipped roof are three square glass cupolas. The building is the James City – Williamsburg Courthouse. 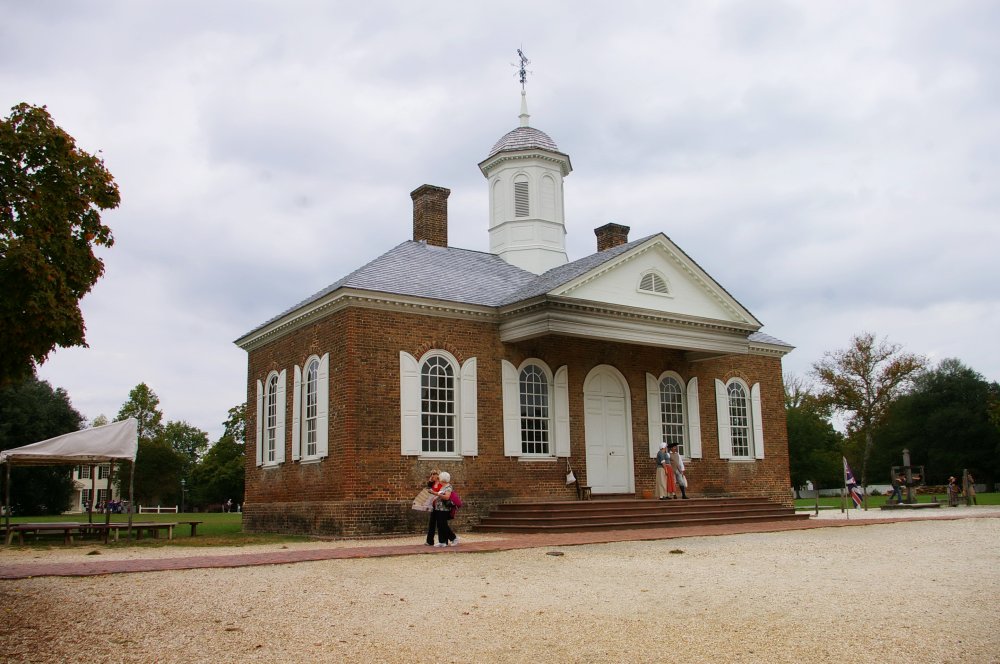 Description:  The building faces south and is a one story red colored brick structure. The building is located on landscaped grounds with Market Square on the north side in Colonial Williamsburg in the center of city. The south front has an extended pediment section at the roof line with arched entrance below. The tall windows are ached with white colored shutters. The hipped roof rests on an entablature with dentil moldings. The roof is pierced on both sides by a chimney and a central octagonal drum capped with a dome and a spire.  The building was damaged by fire in 1911 and was restored. The architect was Lee & Diehl.

Note: The courthouse was the site where  Benjamin Waiker read aloud the Declaration of Independence on July 25, 1776, after it arrived from Philadelphia. The building was used as a hospital for the Confederate Army after the Battle of Williamsburg . 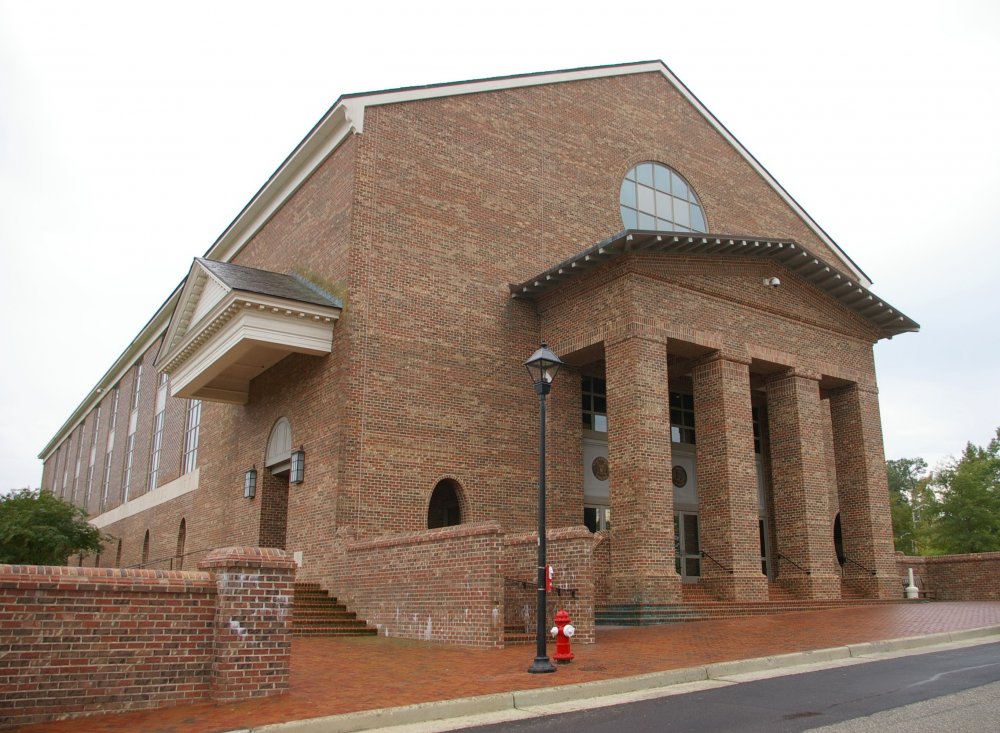 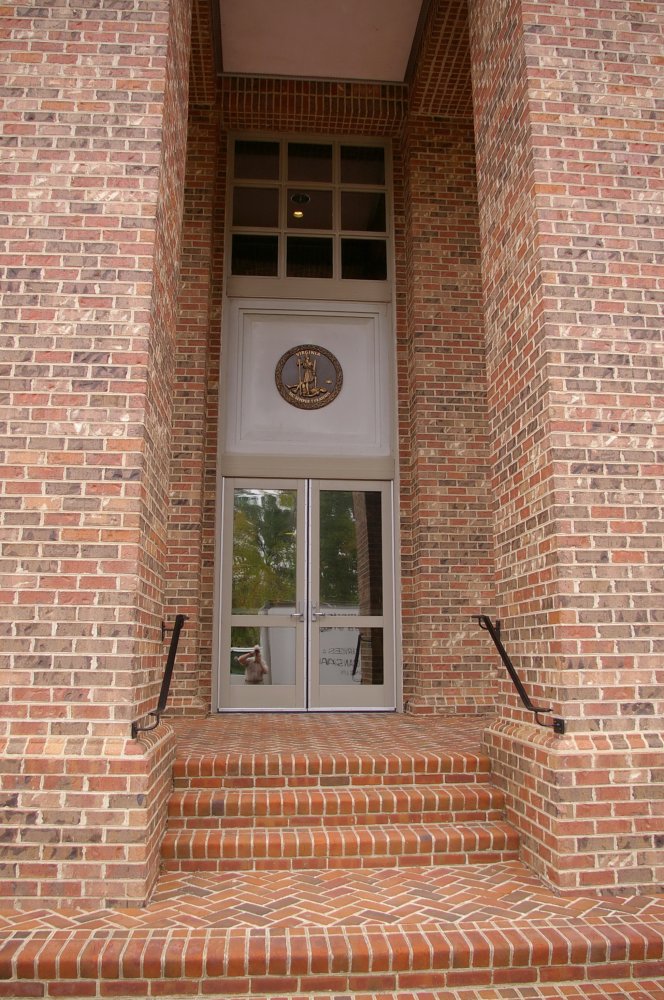 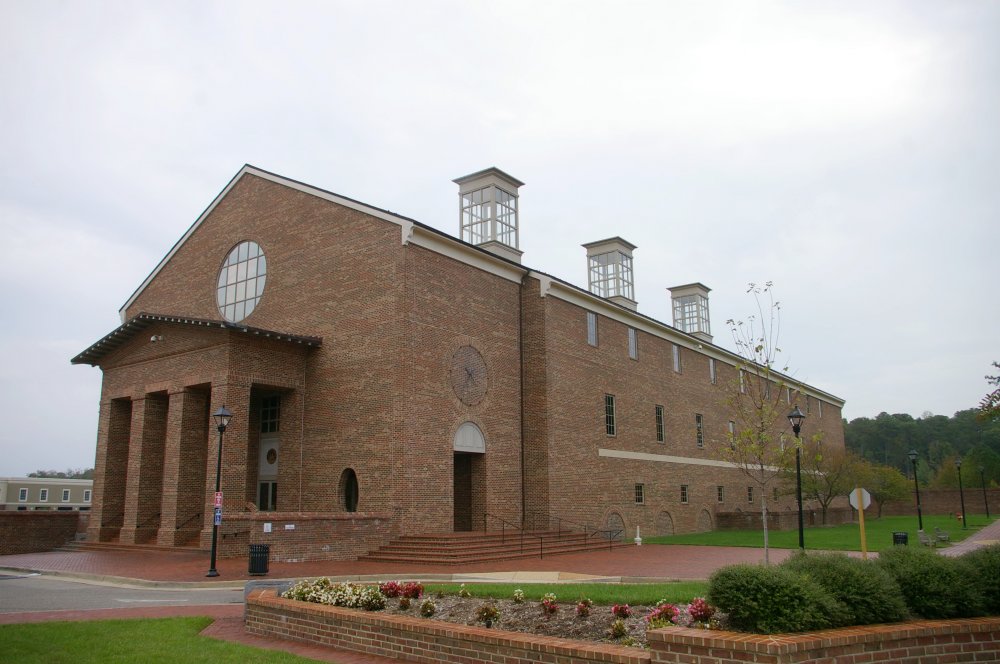 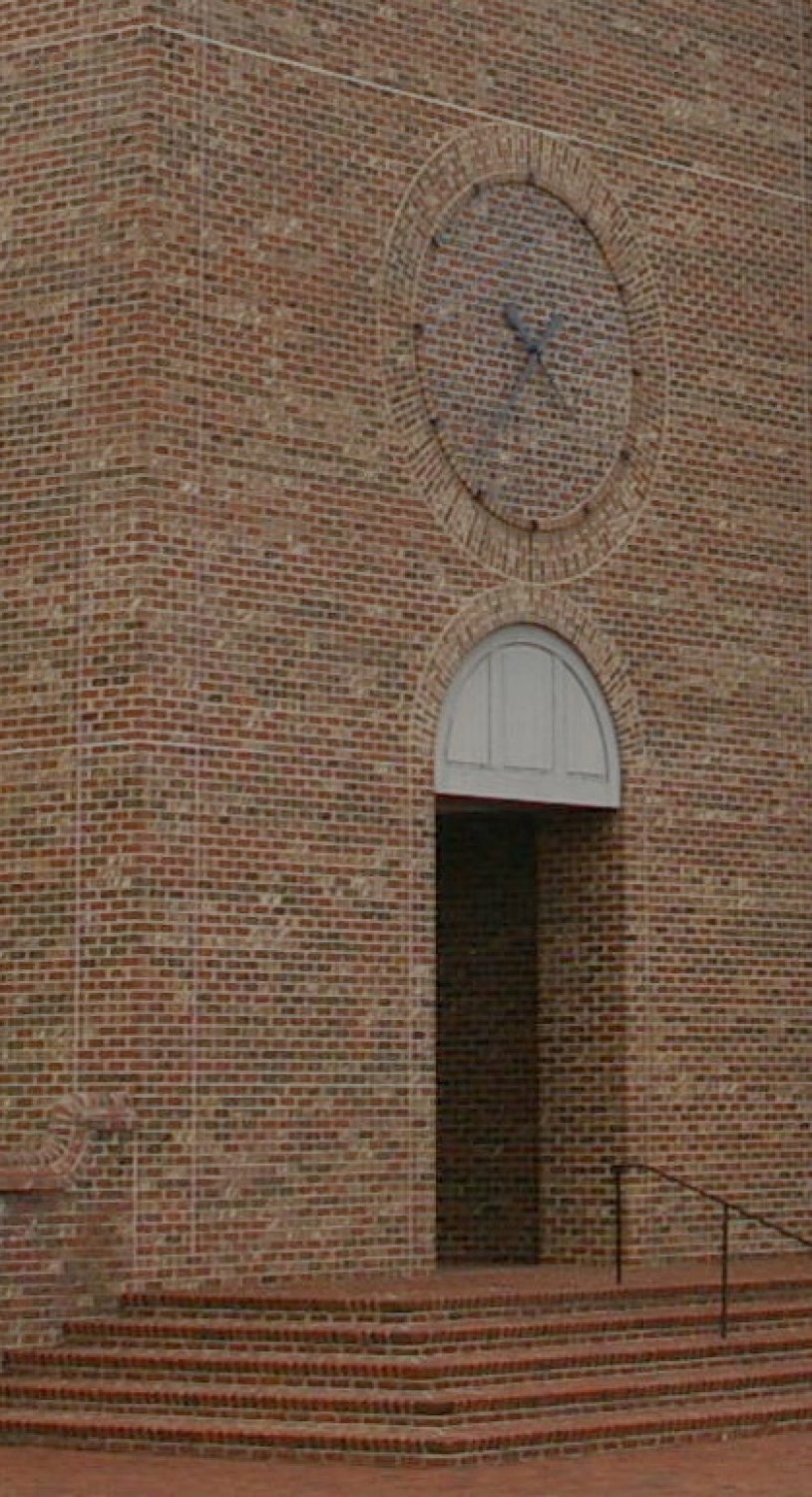 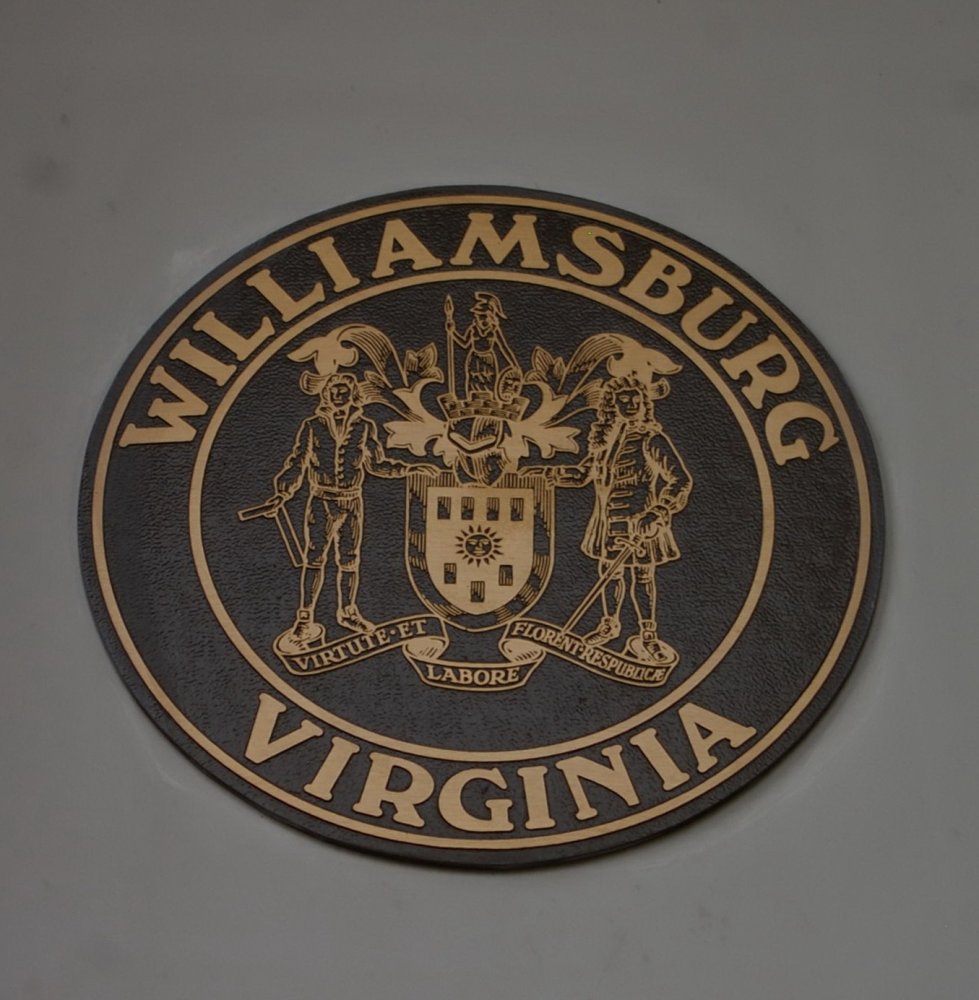 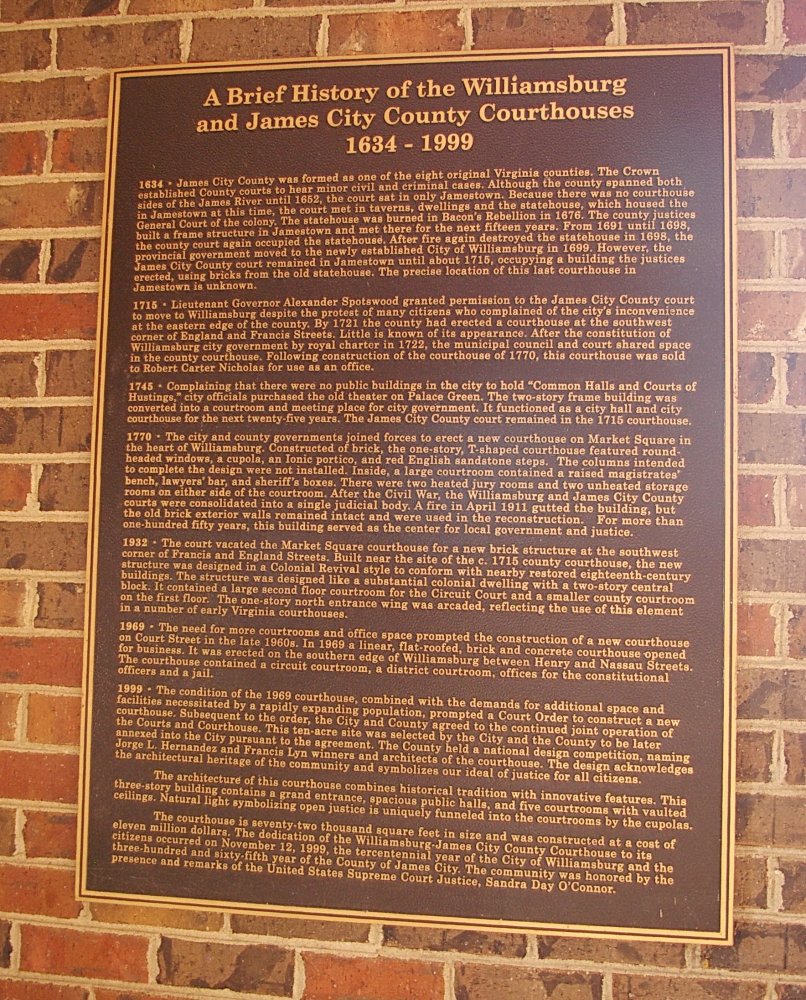 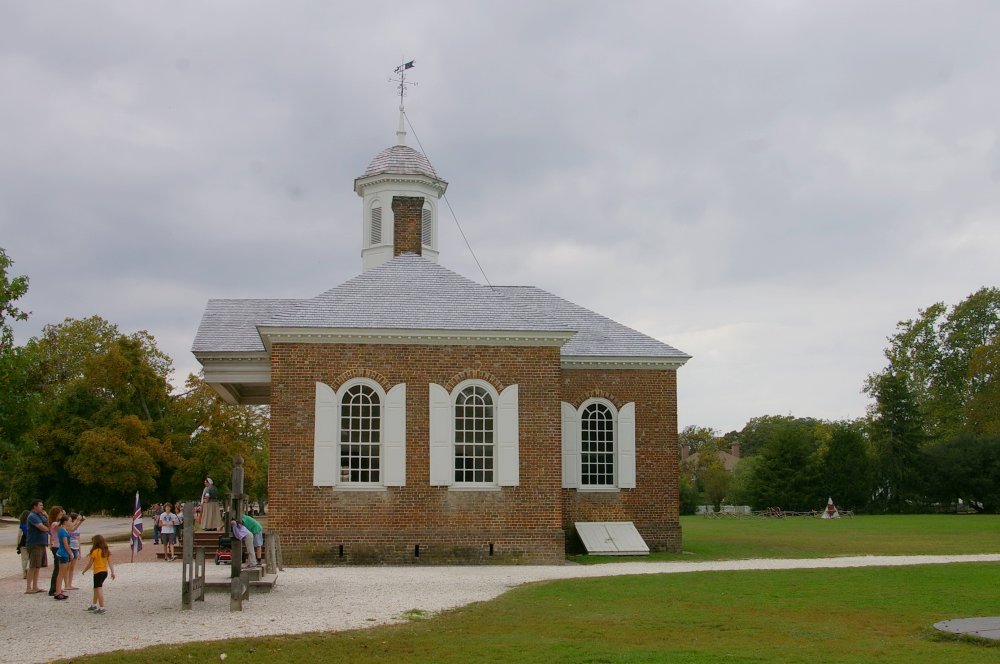