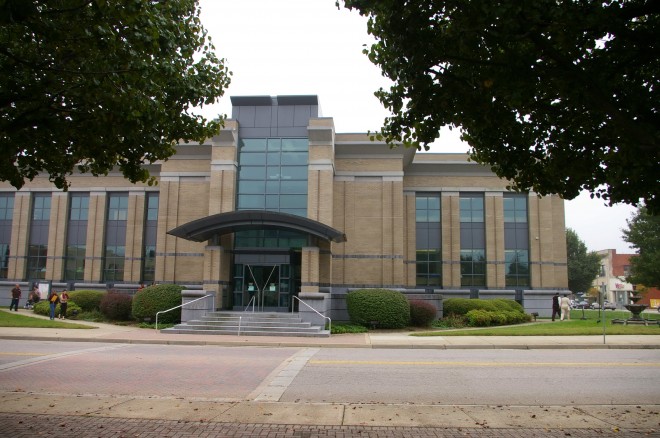 Hopewell is named for “The Hopewell”, a ship that carried some of the early English settlers to Virginia.

Description:  The building faces north and is a two story buff colored brick and concrete structure. The north front of the building has a central projecting tiered section with canopied entrance on the first story and vertical windows above. The windows are vertical with brick dividers between. A projecting cornice runs below the flat roof line. The base of the building is poured concrete. 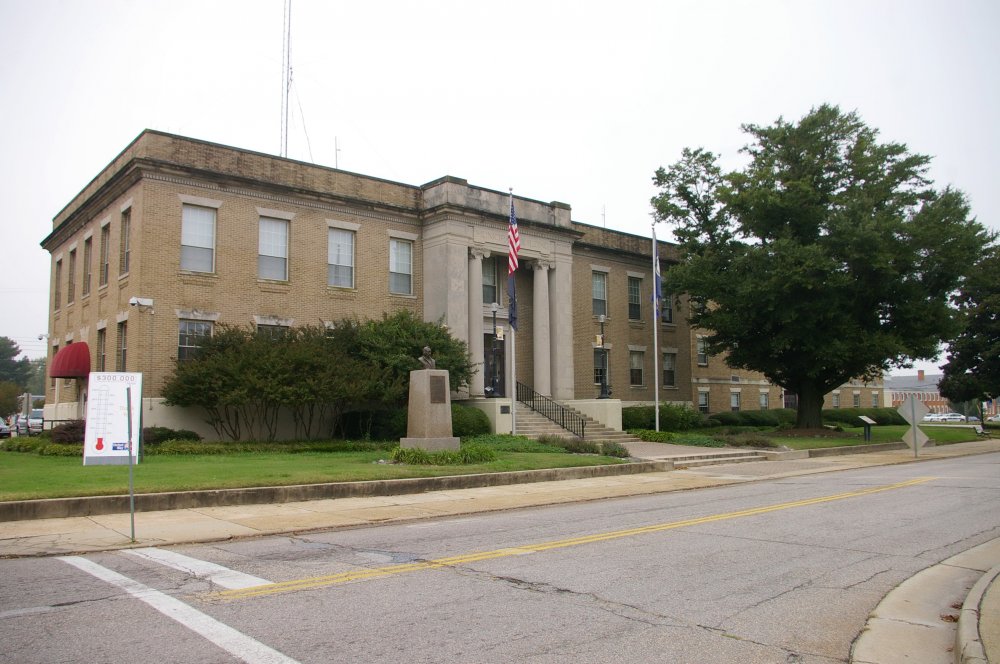 Architect:  Fred A Bishop of Petersburg

Description:  The building faces east and is a two story buff colored brick and concrete structure. The building is the Hopewell Municipal Building. The east front has a large recessed porch with two columns. 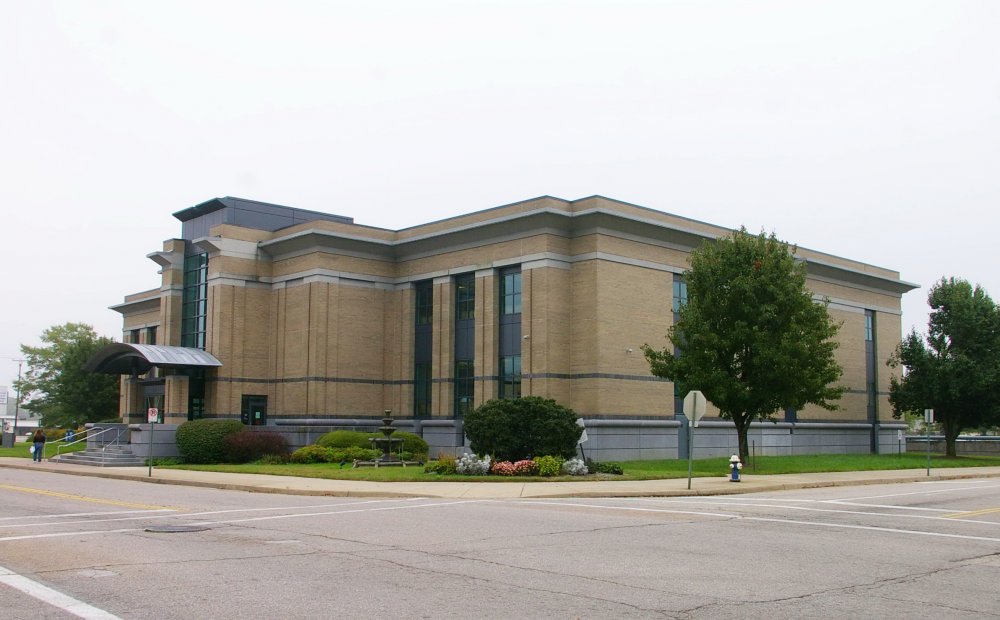 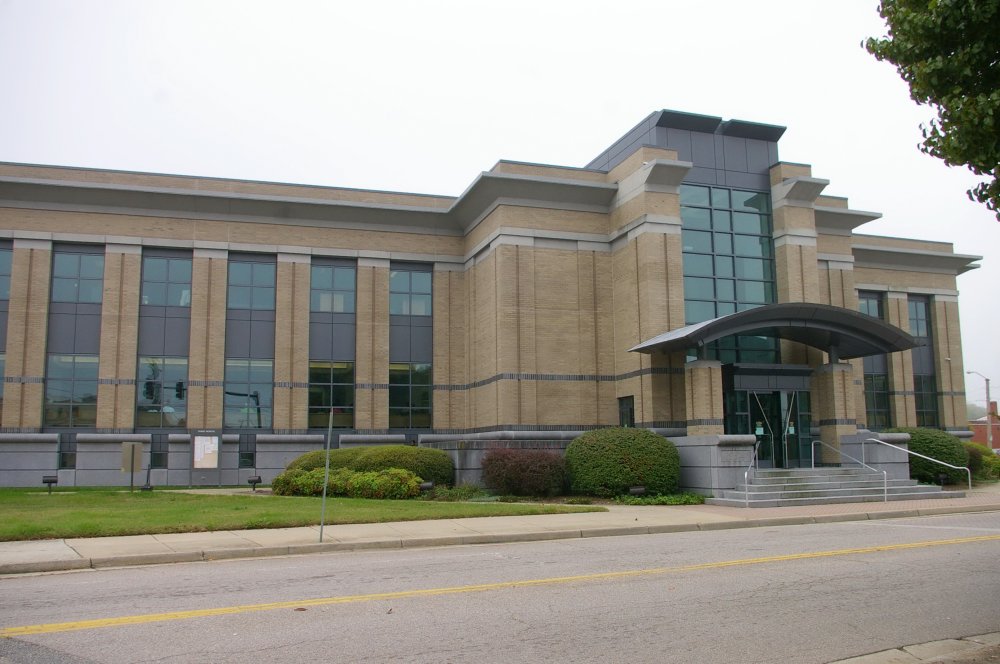 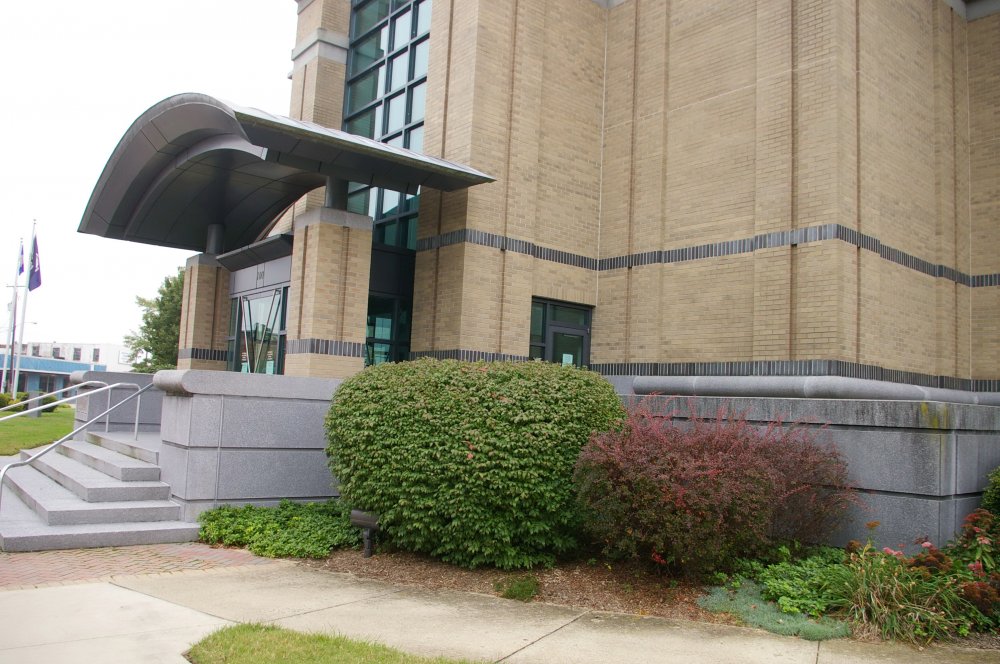 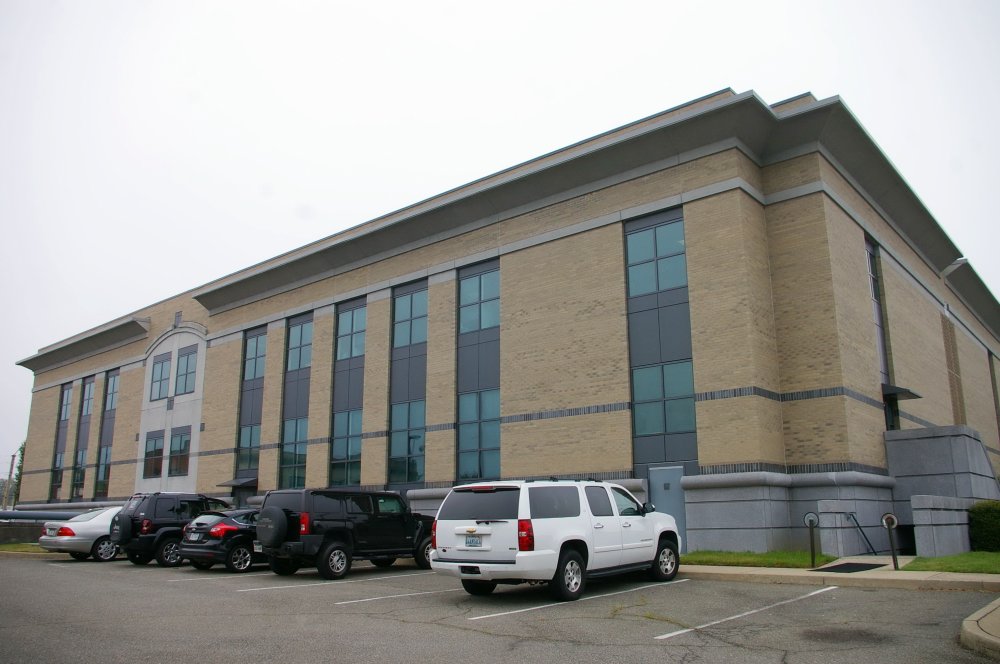 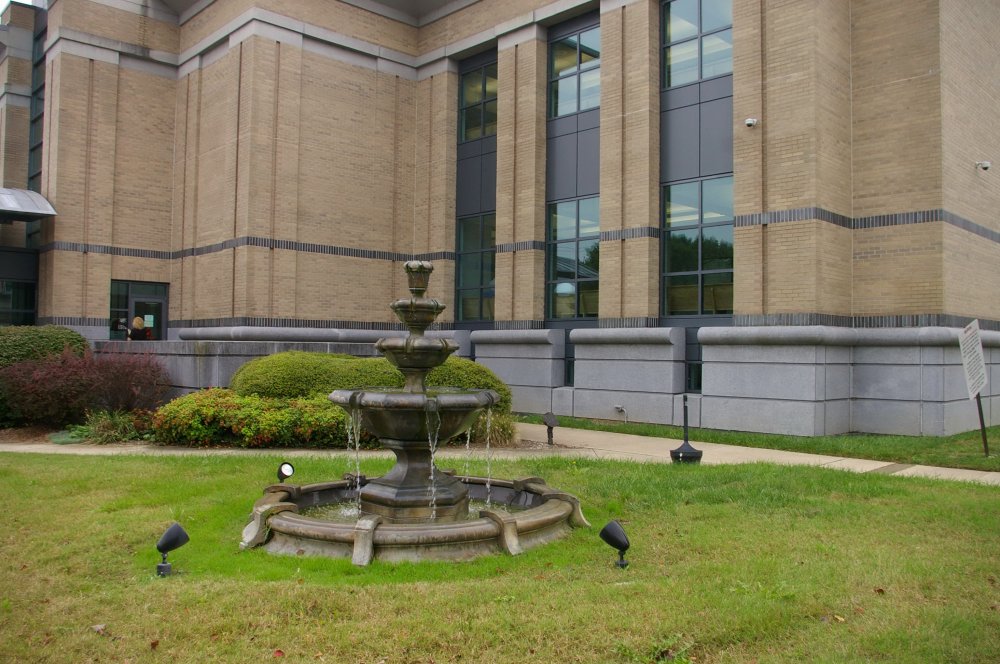 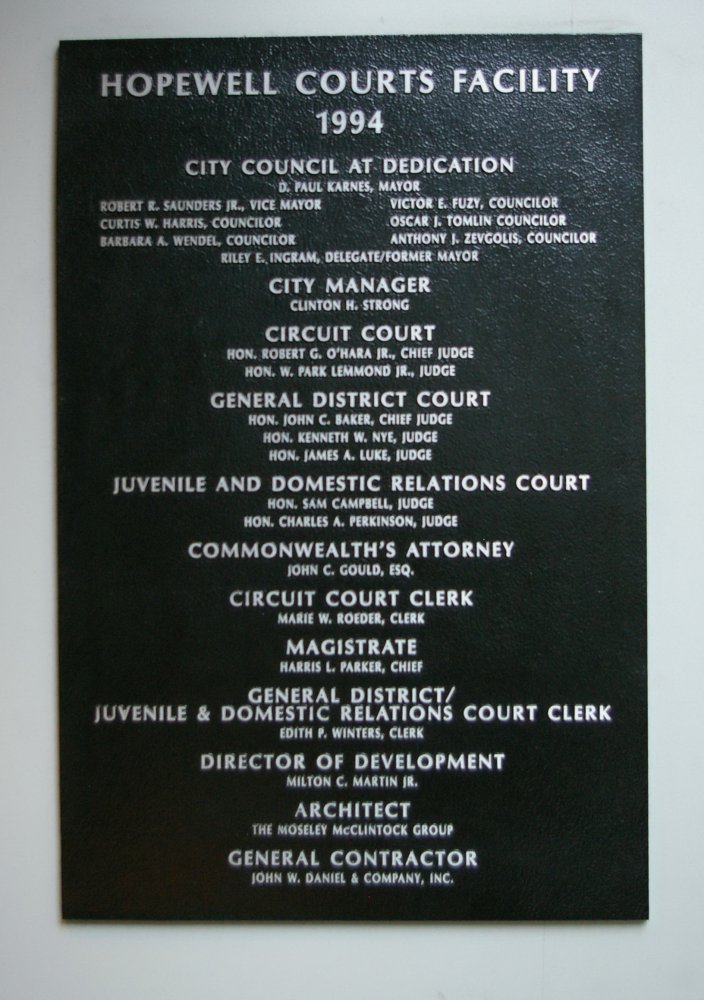 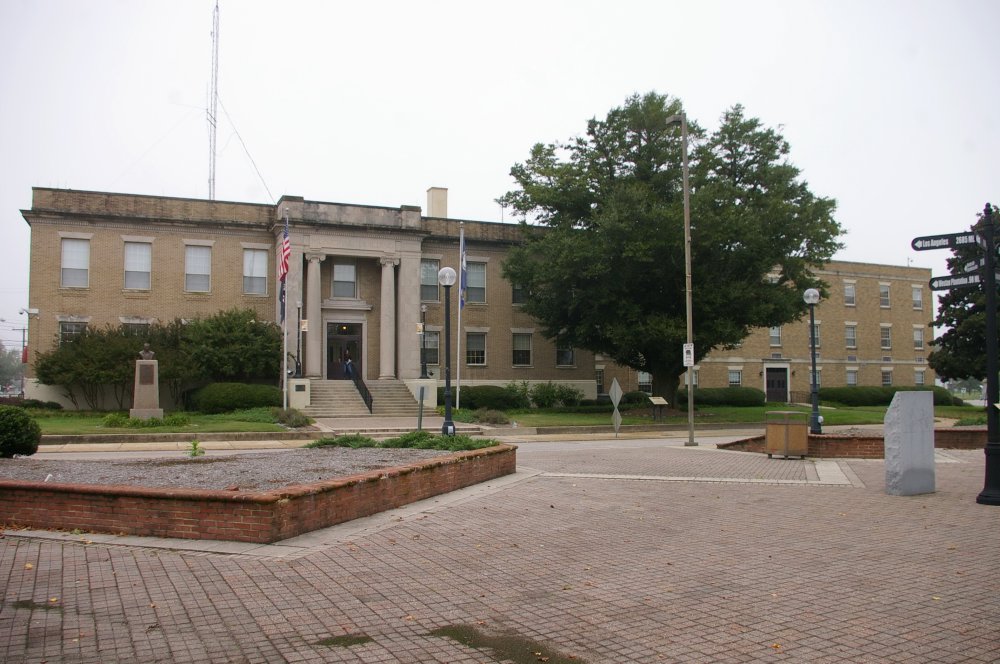