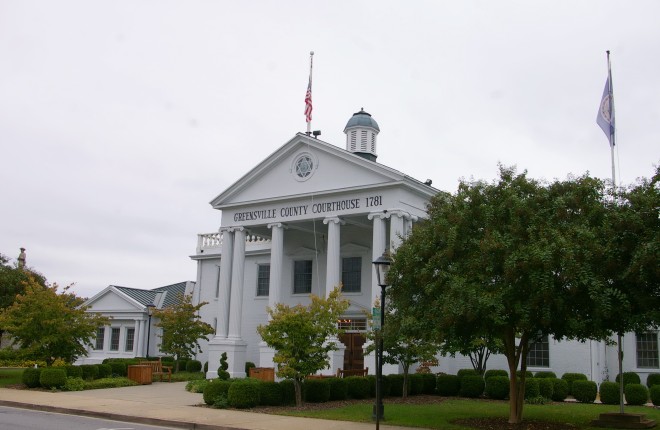 Greensville County is named for Richard Grenville, who was the leader of the Settlement on Roanoke Island in 1585, or for Nathaniel Greene, who was a Major General of the Continental Army.

Description:  The building faces west and is a two story white colored Flemish bond brick structure. The west front has a large Tuscan portico with six Ionic columns rising to a pediment at the roof line. The roof is hipped with a small octagonal cupola. The north and south wings are lower and have balustrades running along the roof line. In 1907, the portico was added. In 1934, the rear wing was added giving the building an “H” shape. The building was renovated in 1961 and 1997.

Note:  The Courthouse Complex consist of the courthouse, the Clerk’s Office on the south side and the Administrator’s Office on the north side, which is two former commercial building; the Greensville Bank ( 1900 ) and the Virginia Public Dervice Building ( 1907 ). 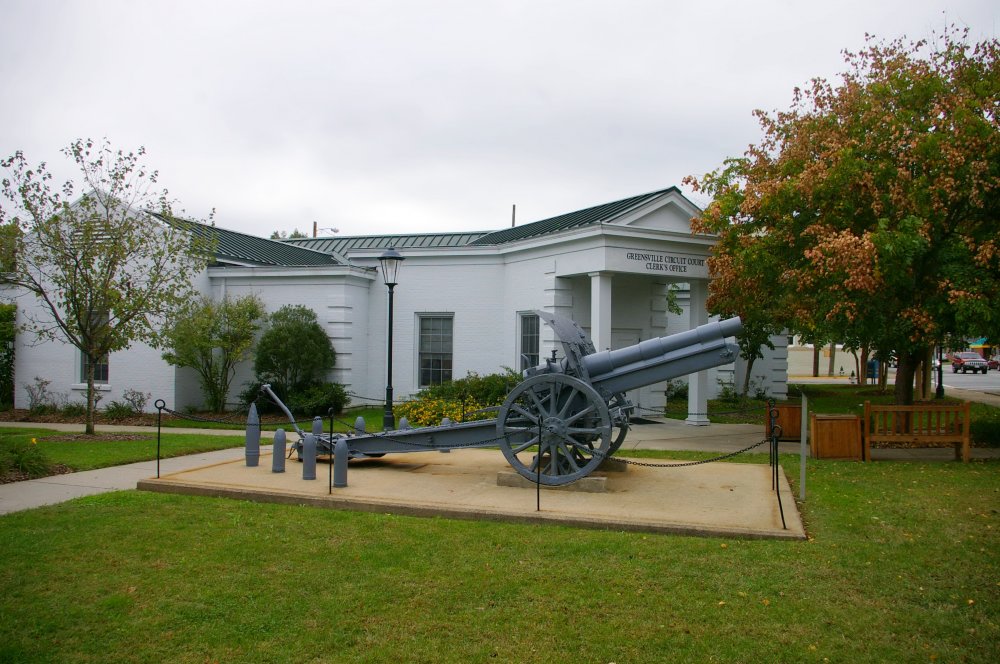 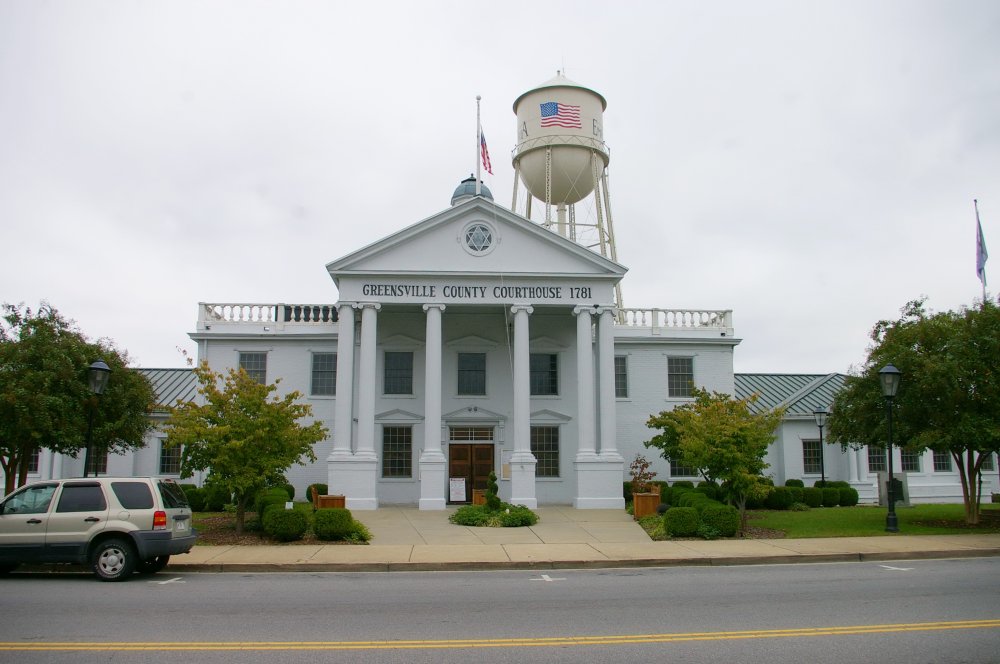 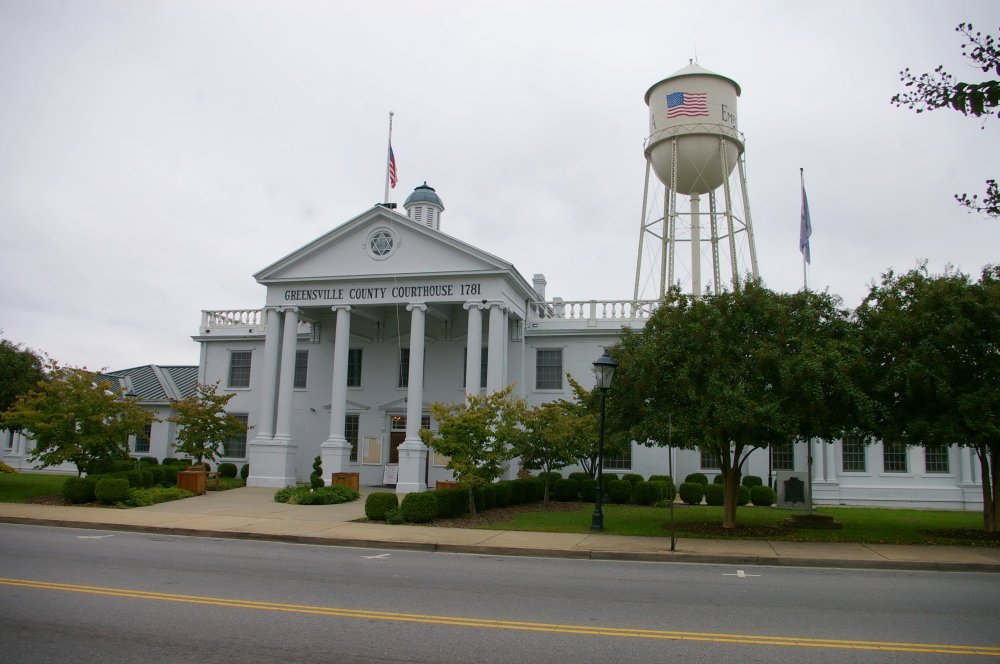 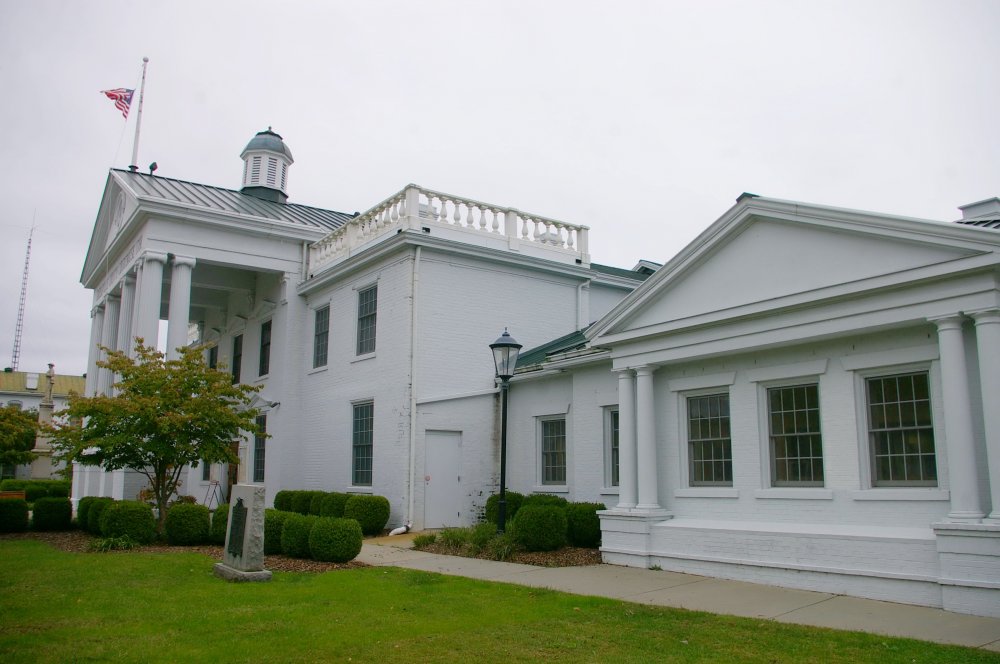 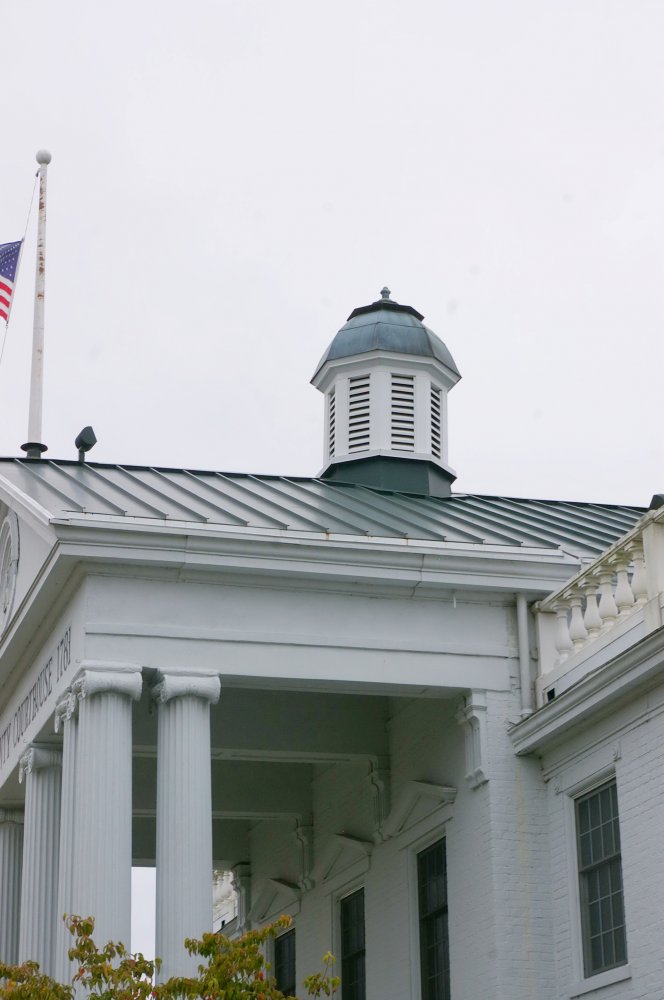 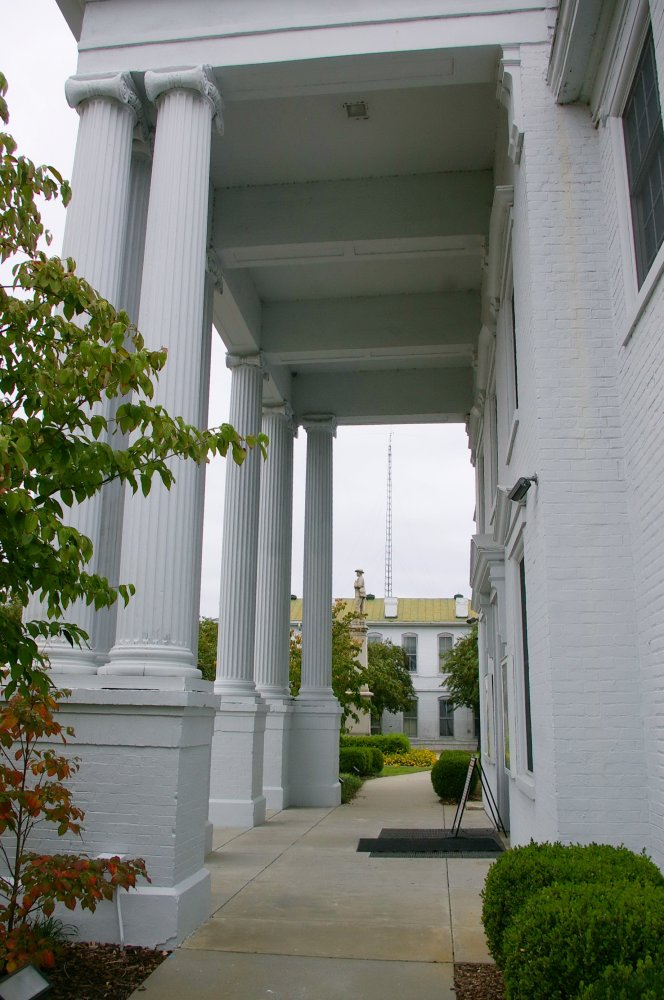 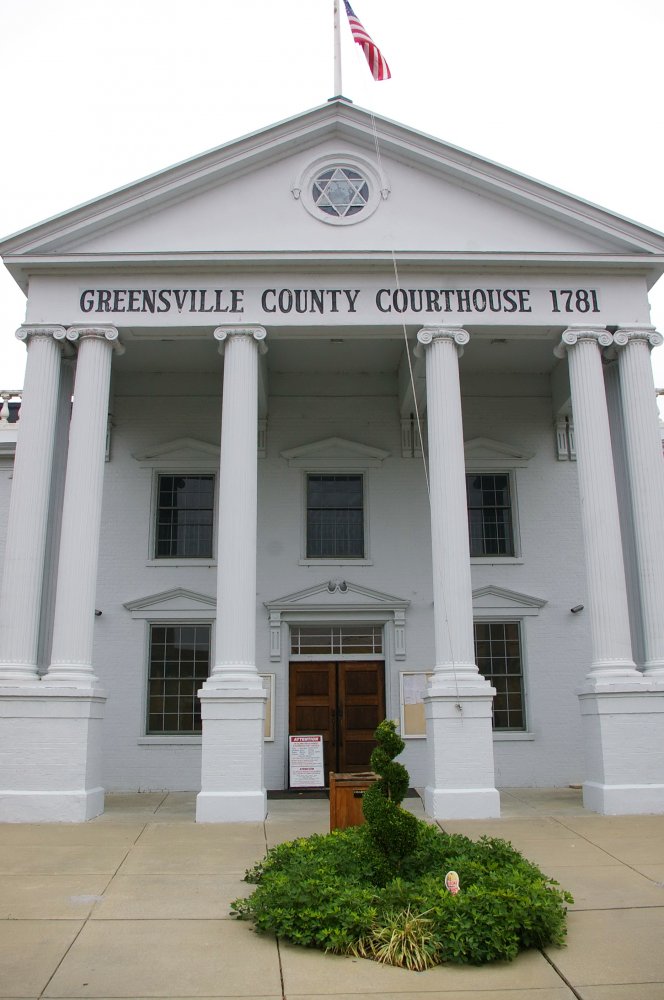 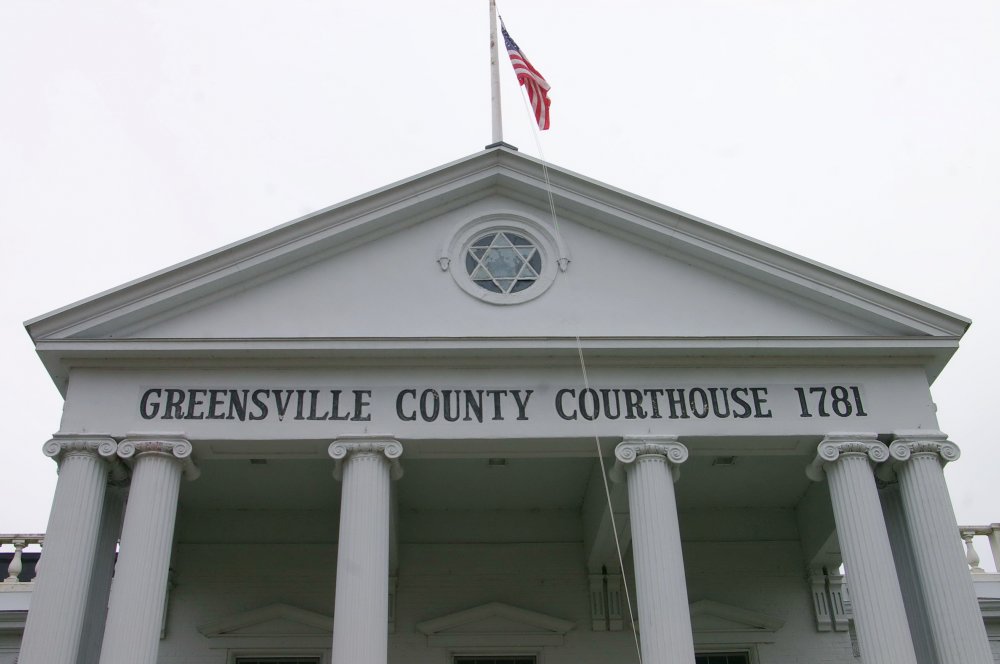 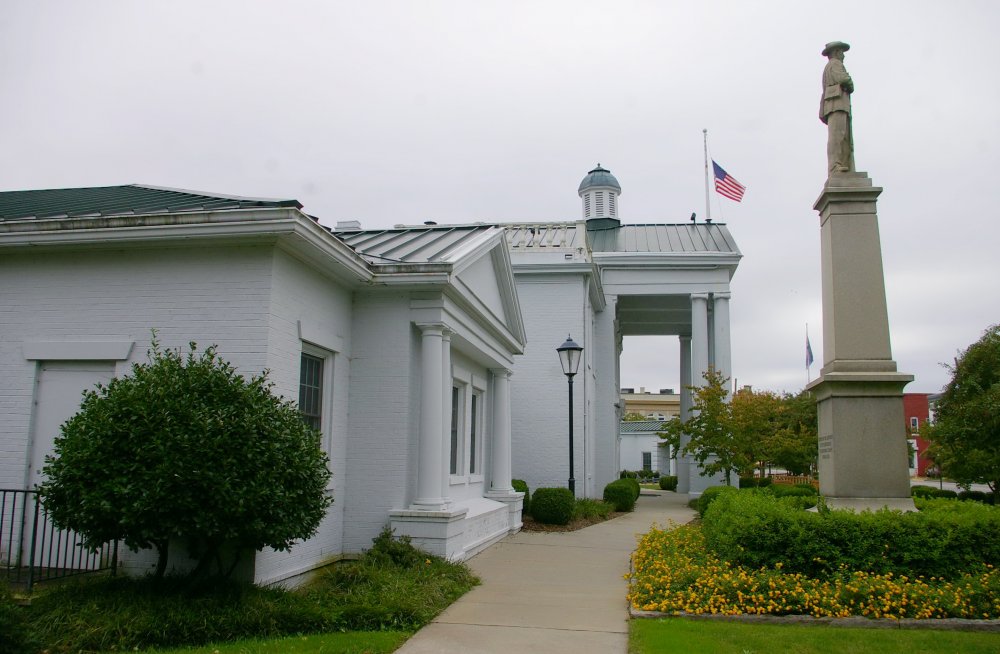 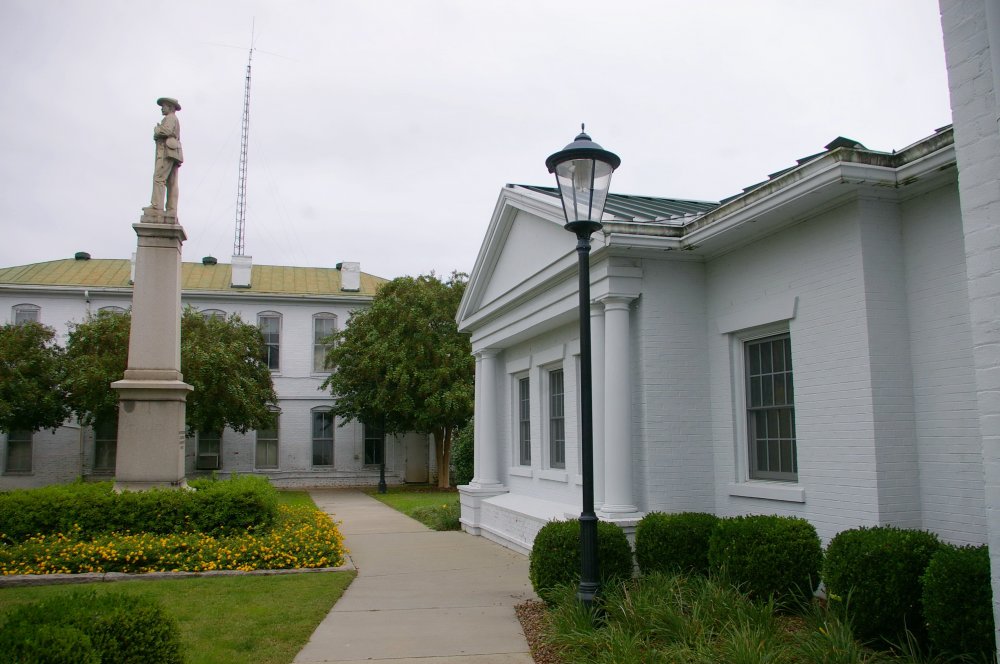 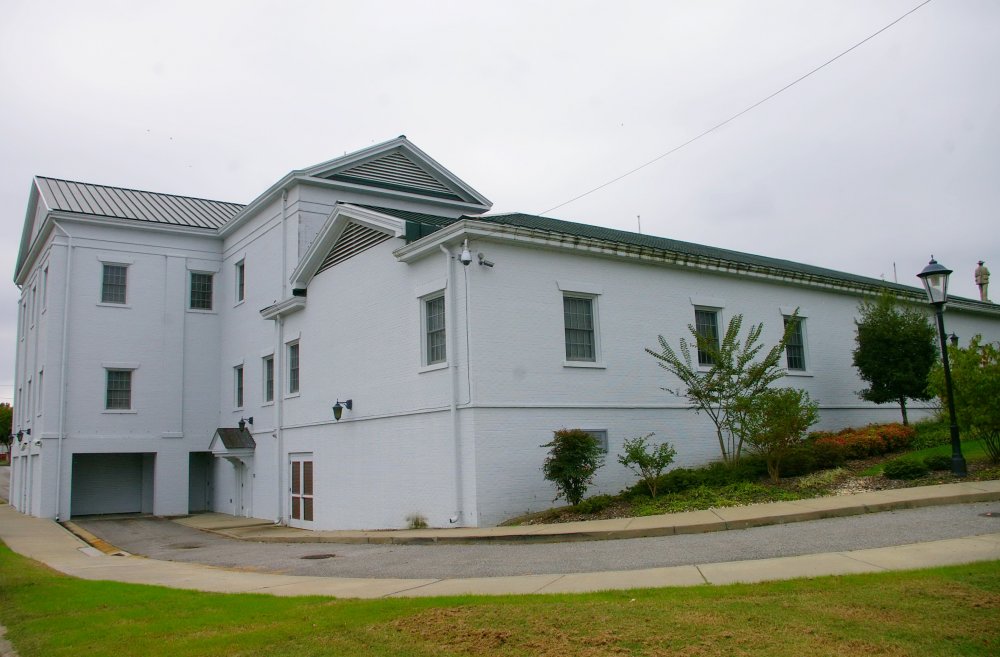