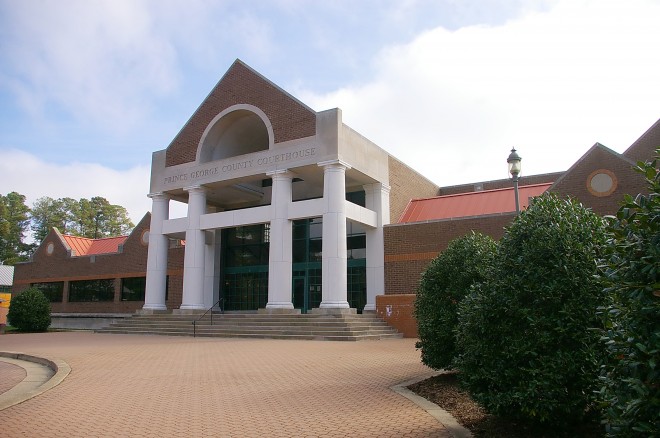 Description:  The building faces west and is a two story brown colored brick and concrete structure. The building is located on spacious landscaped grounds. The west front has a projecting portico with four white colored columns rising to a semi-circular section at the peaked roof line. Along the north and south sides of the west front are long horizontal windows with peaked section along the sloped red colored roof. 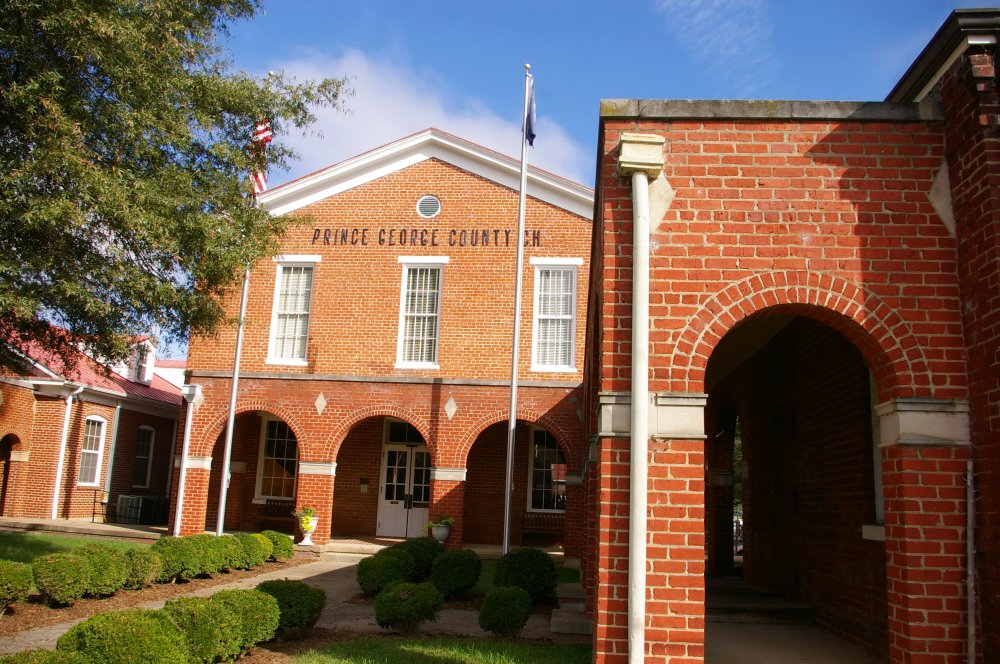 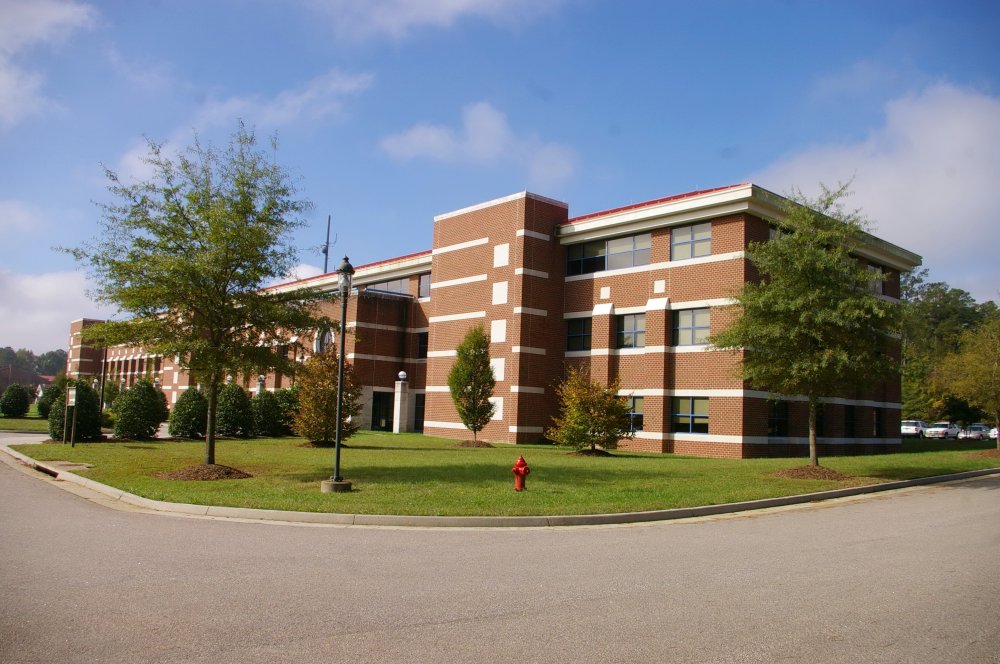 Description:  The building faces east and is a three story light brown colored brick and concrete structure. The long rectangular building is located on spacious grounds. The main entrance along the east side has a recessed entrance on the first story and a large round window on the second story. Horizontal white colored bands run above and below the windows. The hipped roof is red colored. 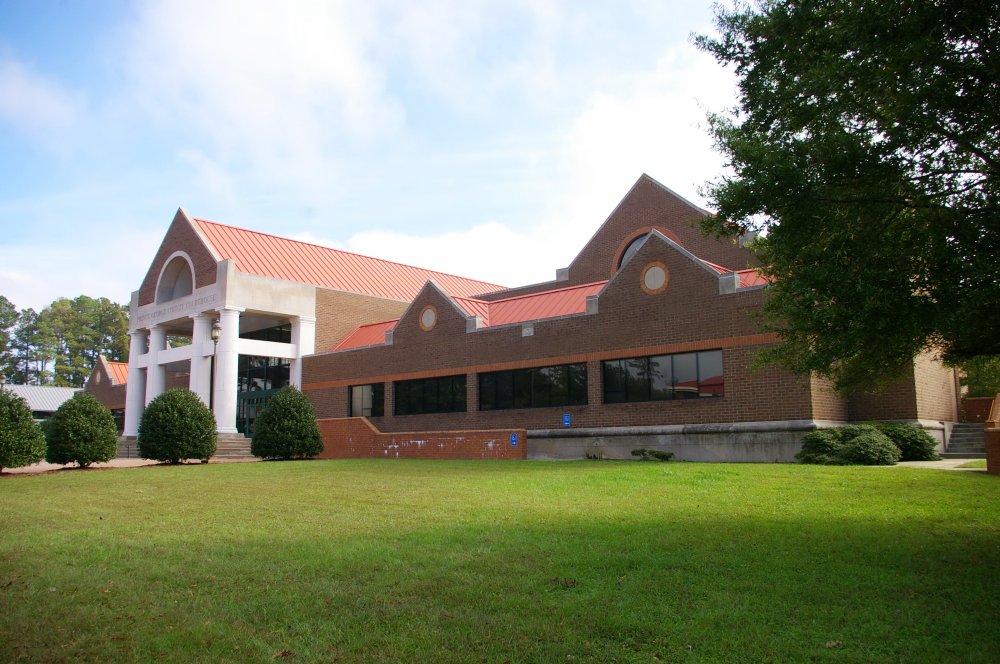 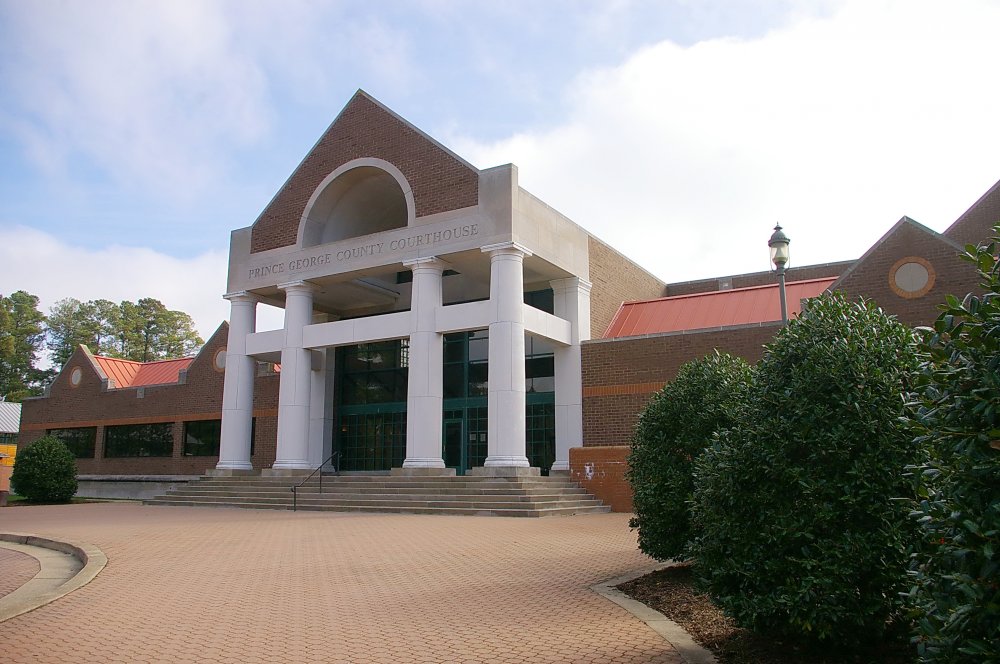 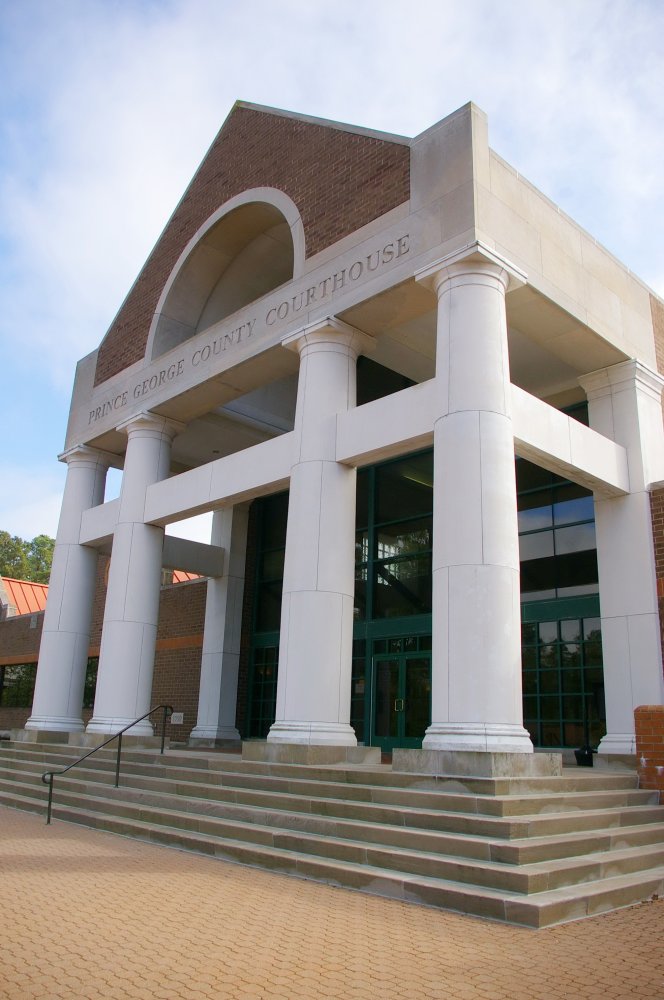 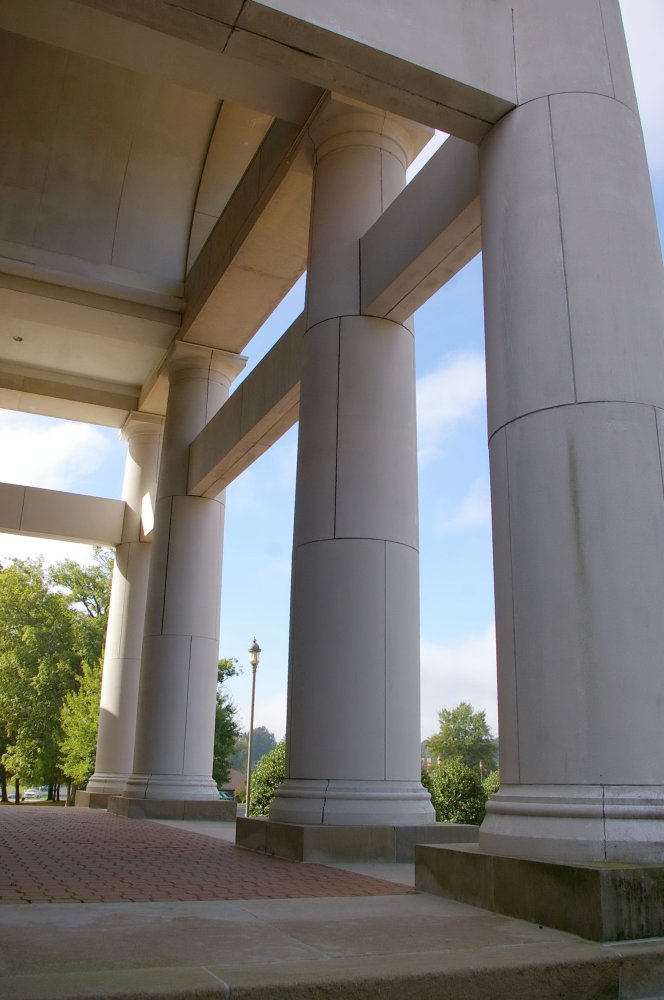 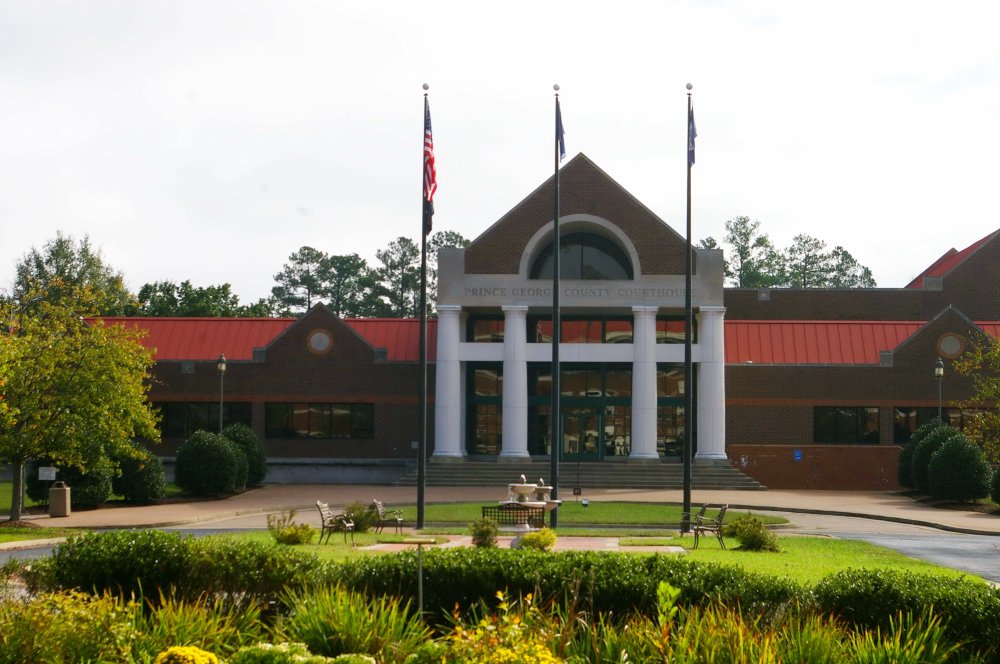 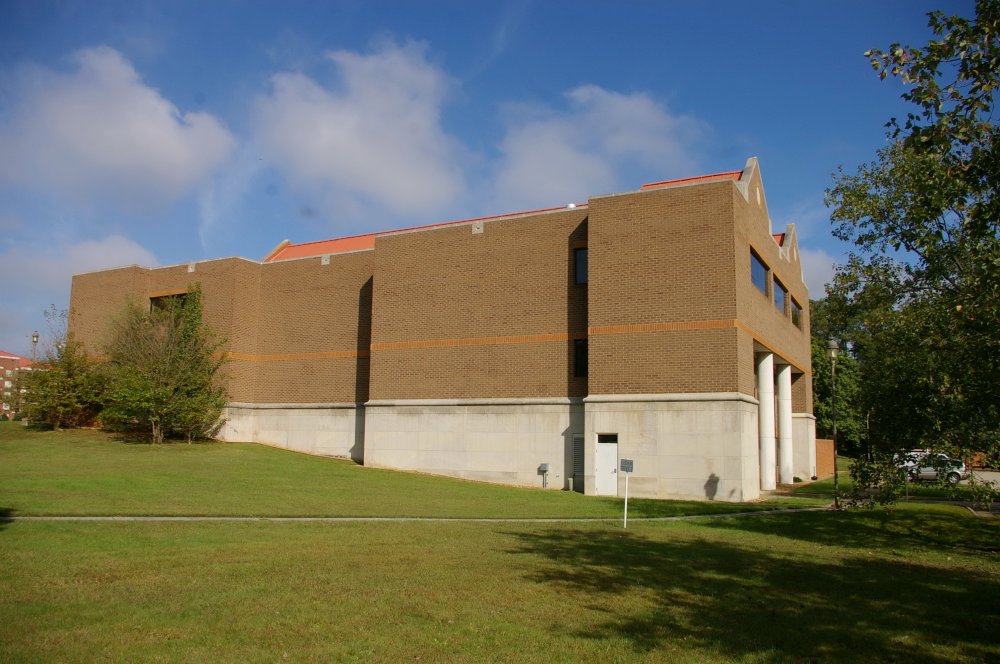 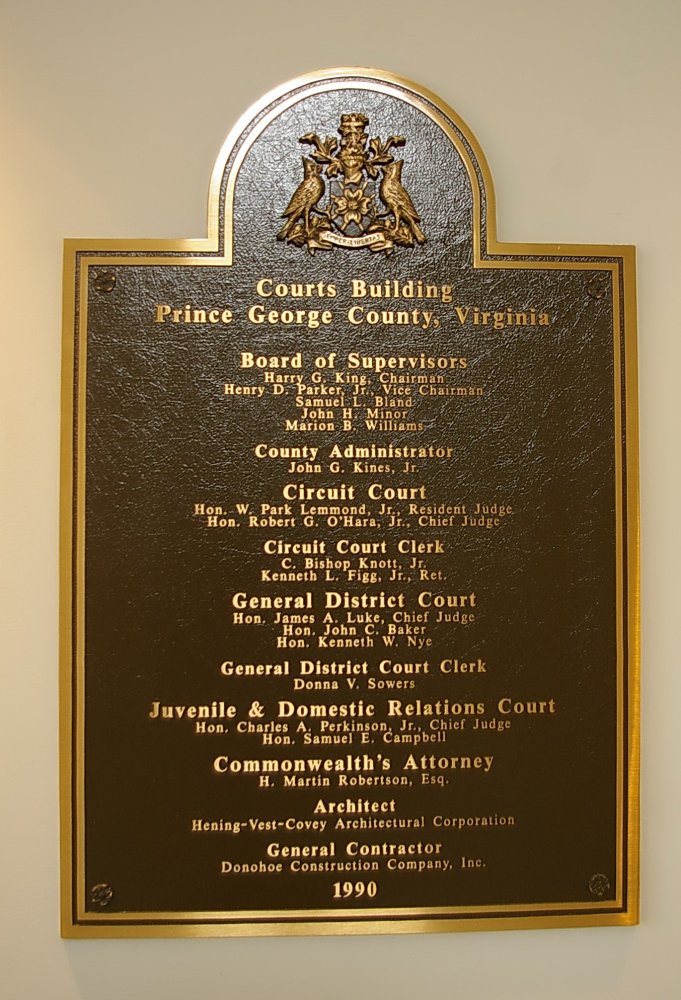 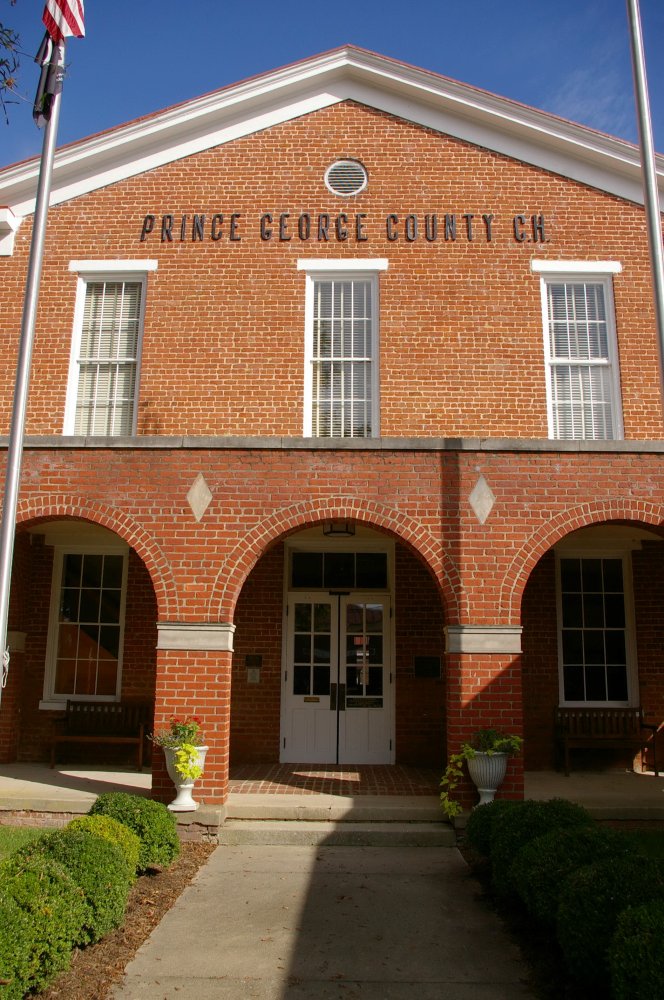 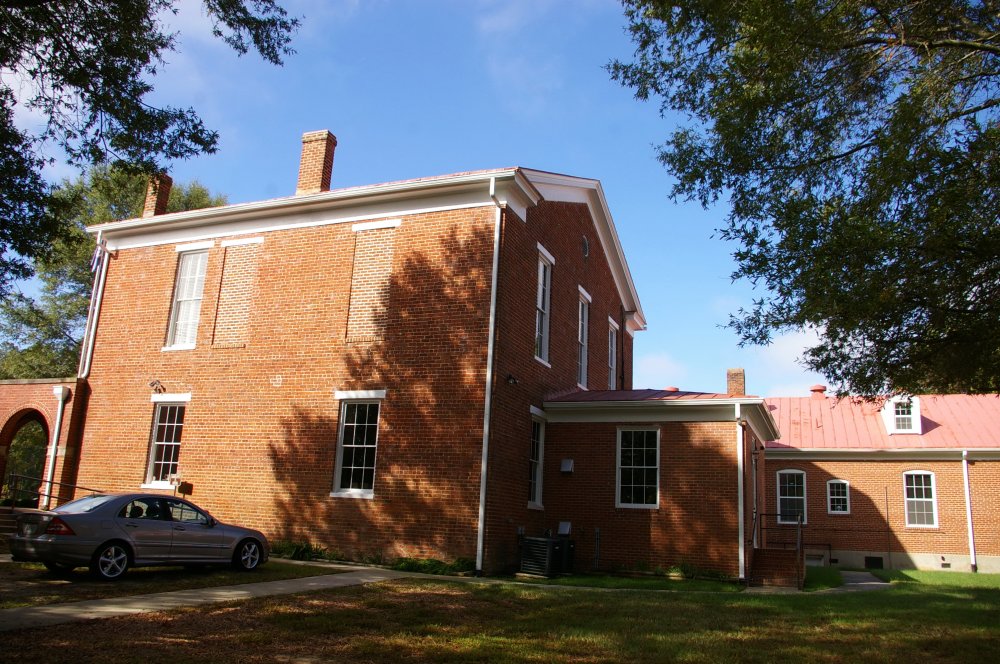