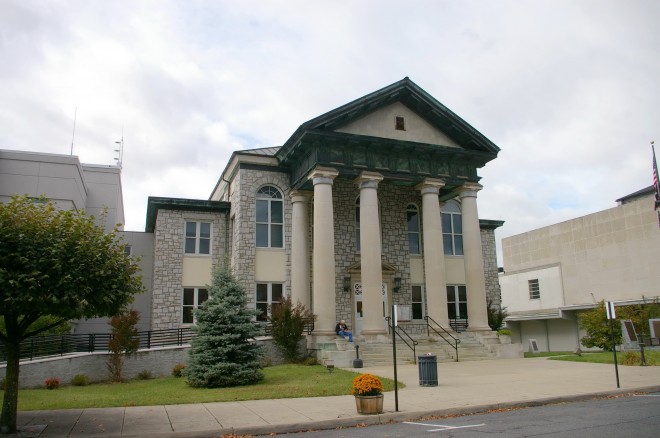 Description:  The building faces southeast and is a two story stone structure. The building is located on landscaped grounds in the center of Cocington. The building is constructed with random-coursed, quarry-faced limestone blocks. The southeast front has a large portico with four Doric columns rising to a pediment at the roof line. There are east and west wings which are lower than the main building. The second story windows are arched. In the interior, central stairs ascend to the second story courtroom. The building houses the County Circuit Court, County General District Court and County Juvenile and Domestic Relations Court of the 25th Judicial Circuit. On the southwest side is the large stone Alleghany County Jail. The building was altered in 1940 and the architect was T J Collins and Son. In 2003, an addition was added to the jail. 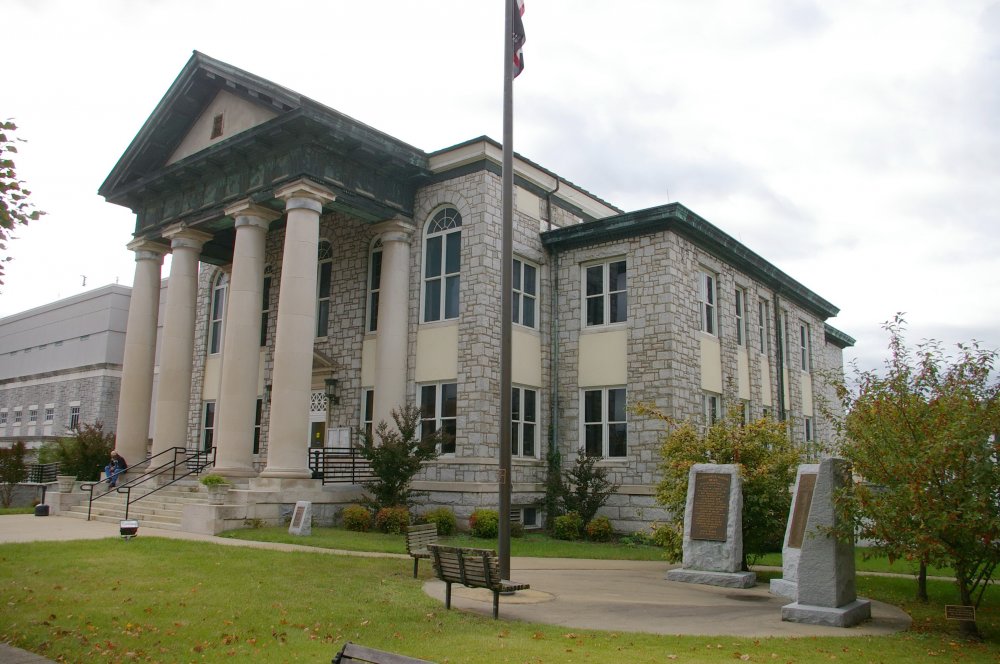 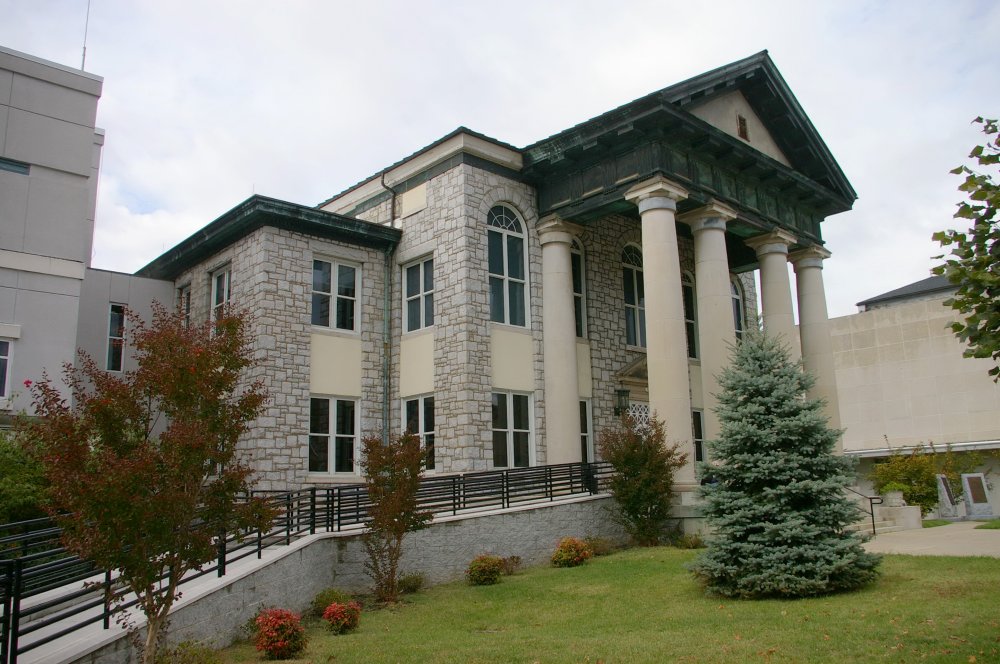 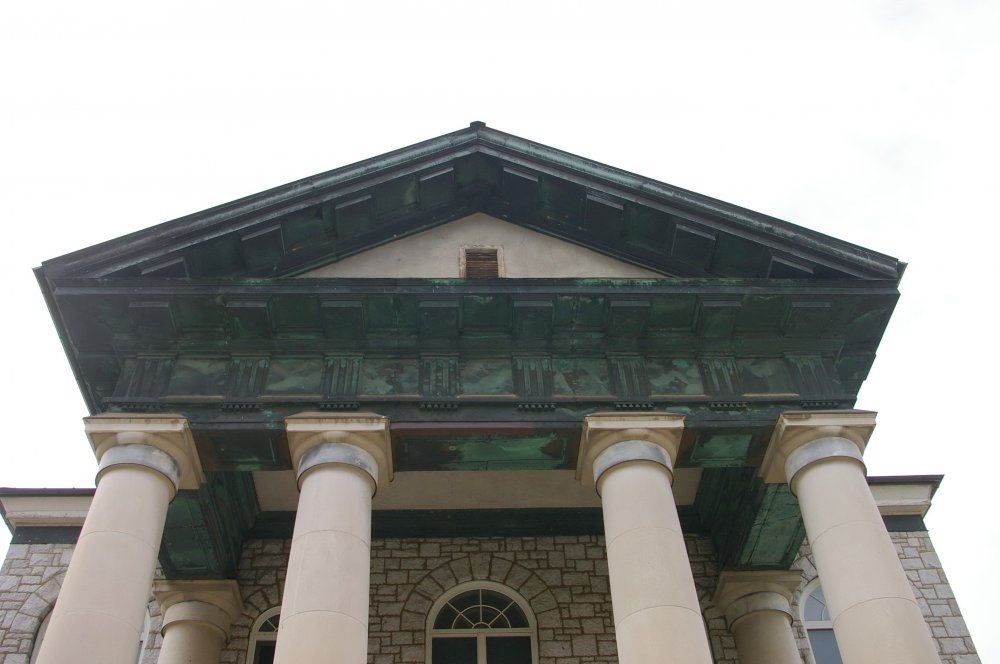 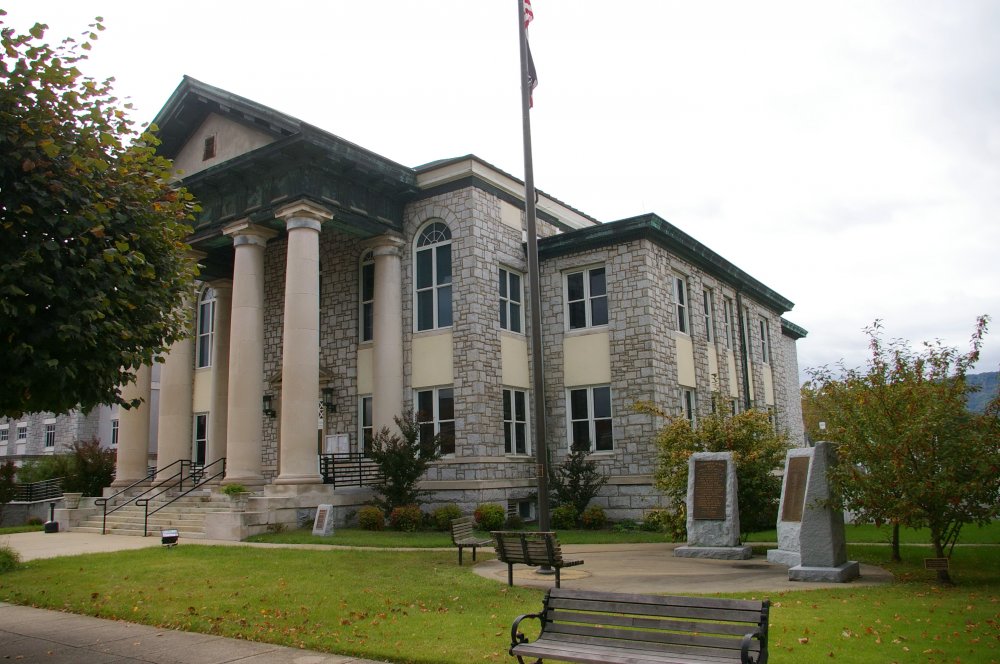 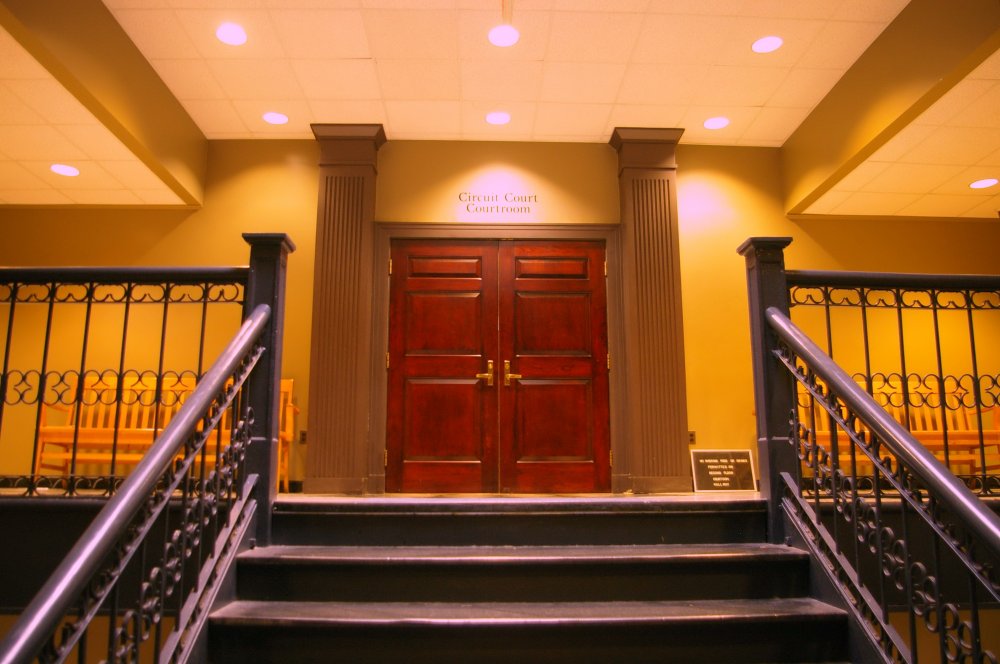 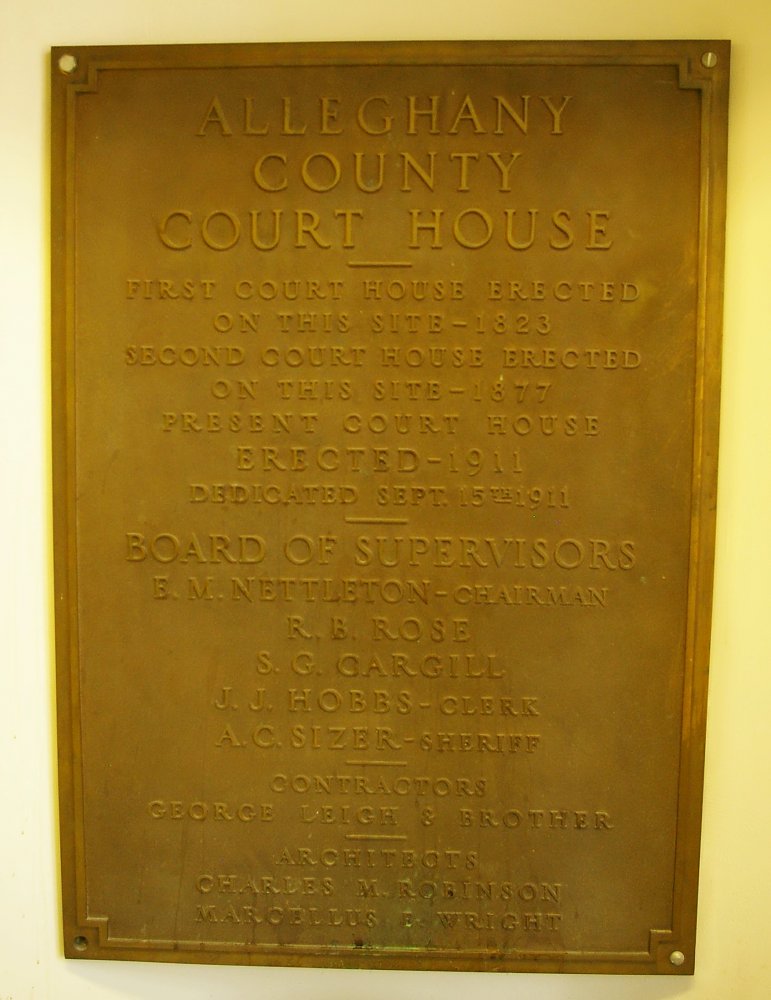 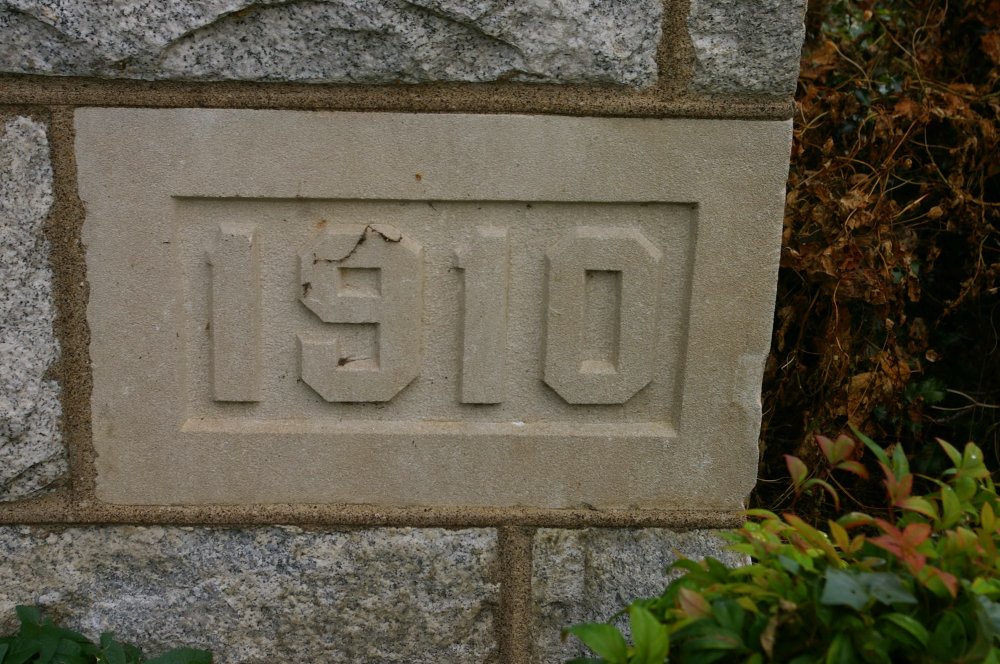 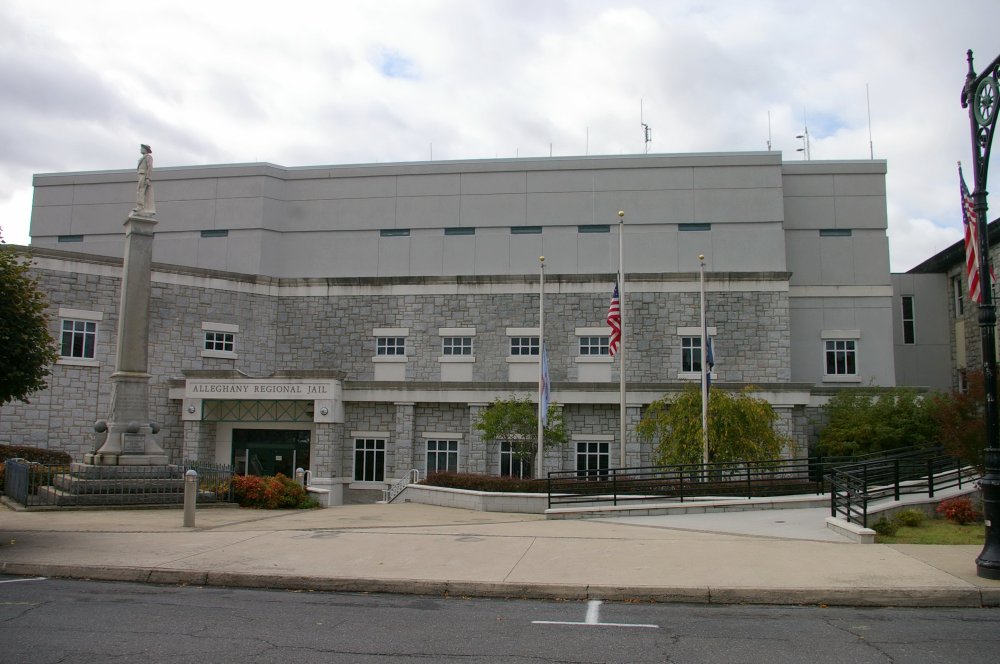