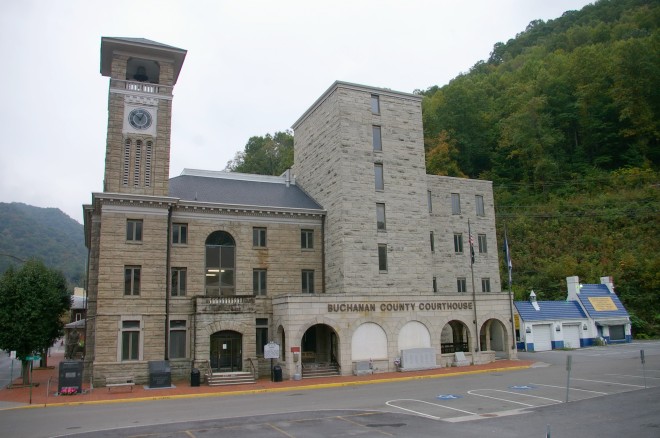 Buchanan County is named for James Buchanan, who was a United States senator from Pennsylvania and President of the United States.

Description:  The building faces west and is a three story stone gray colored course sandstone structure. The building is located on landscaped grounds in the center of Tazewell. At the northwest corner is a tall square clock tower with open space at the top. The west front has a projecting stone porch on the first story and above is a high vertical arched window. The building is covered by a shallow, slate-covered hipped roof with a modillion cornice and plain frieze. In the interior, the courtroom has a handsome stained glass window in the Tiffany mode over the judge’s bench. The window contains an allegorical figure seated in front of a colonnade with vignettes consisting of the national and state seals. The building houses the County Circuit Court, County General District Court and County Juvenile and Domestic Relations Court of the 29th Judicial Circuit. On the east side is the modern five story addition with five large arches along the first story. The building was gutted by fire in 1915 and rebuilt in 1917. The architect was Frank Pierce Milburn of Milburn, Heister and Company and the contractor was S R Hurley. The building was enlarged in 1949 to 1951. The contractor was J Clarence Hildreth. The building was remodeled in 1980. The architect was William D Price. Present construction is being done by Price-Rothe-Muse of Blountville, Tennessee. On the east side is the two story Sheriff’s Office. 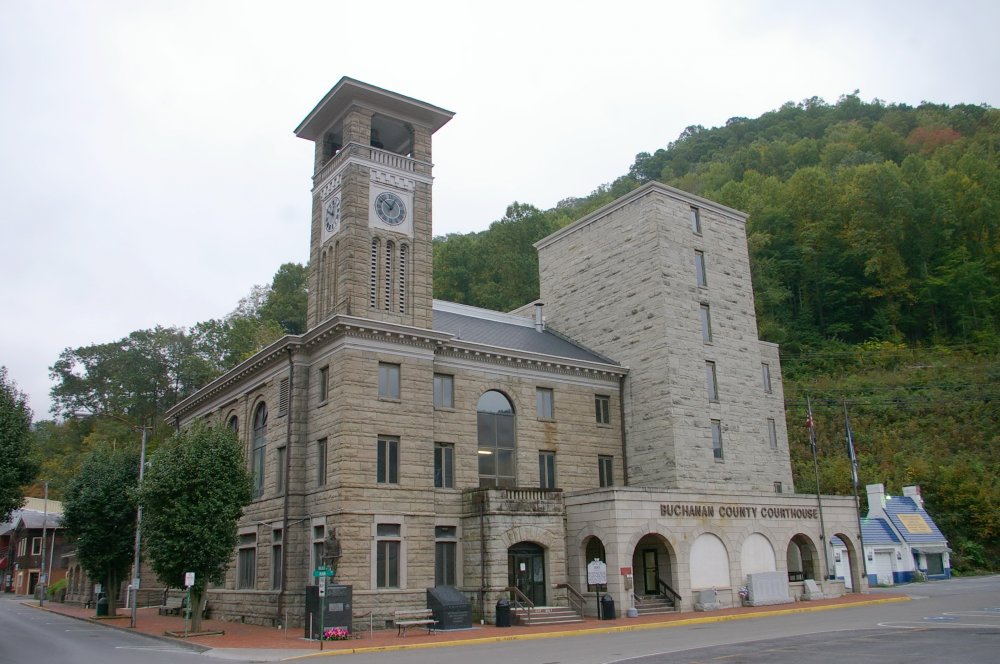 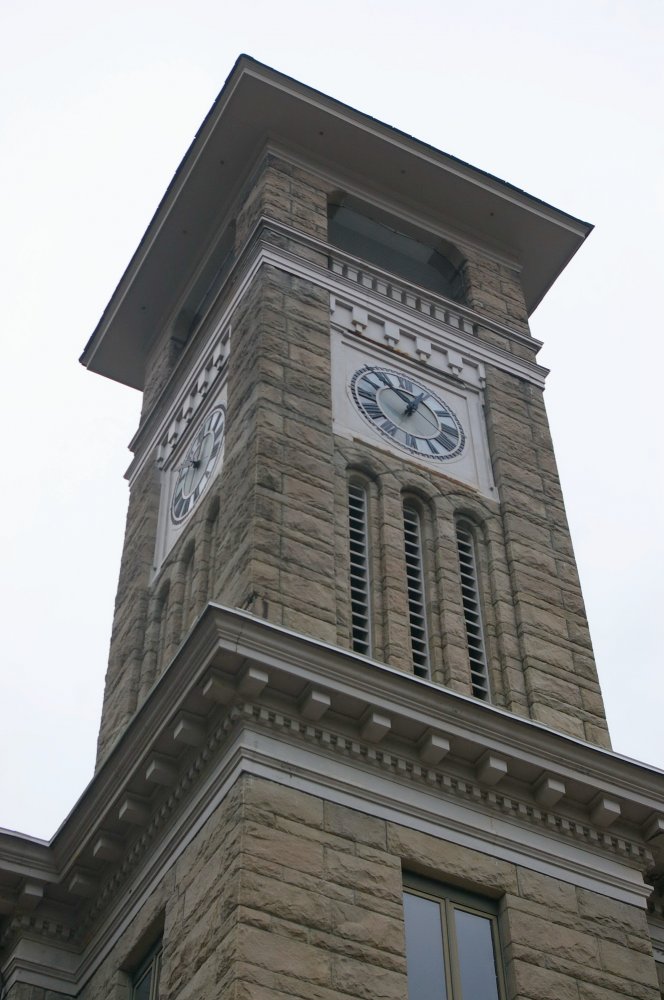 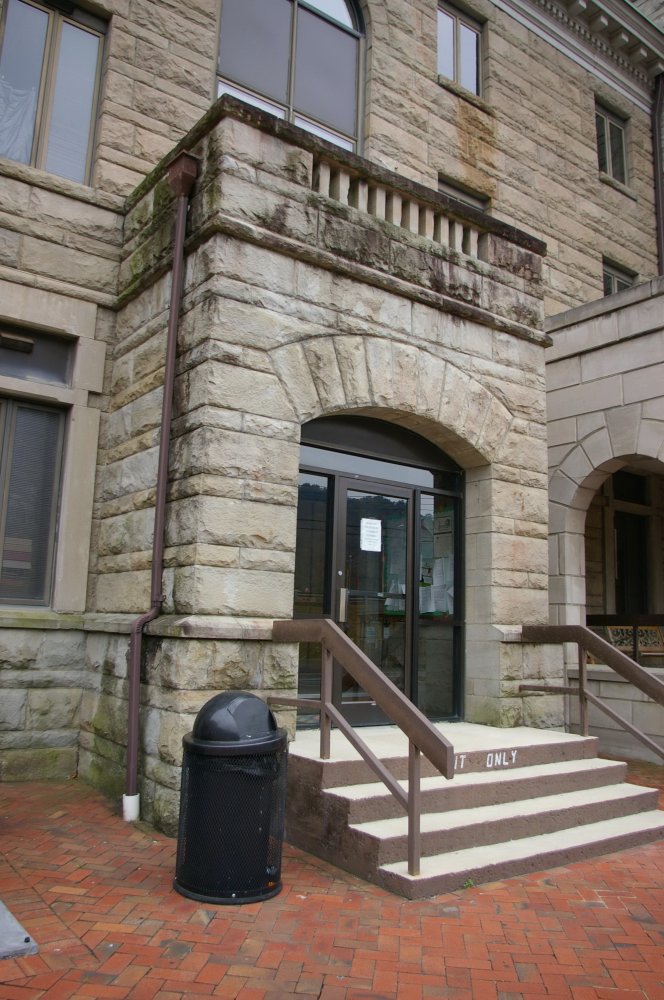 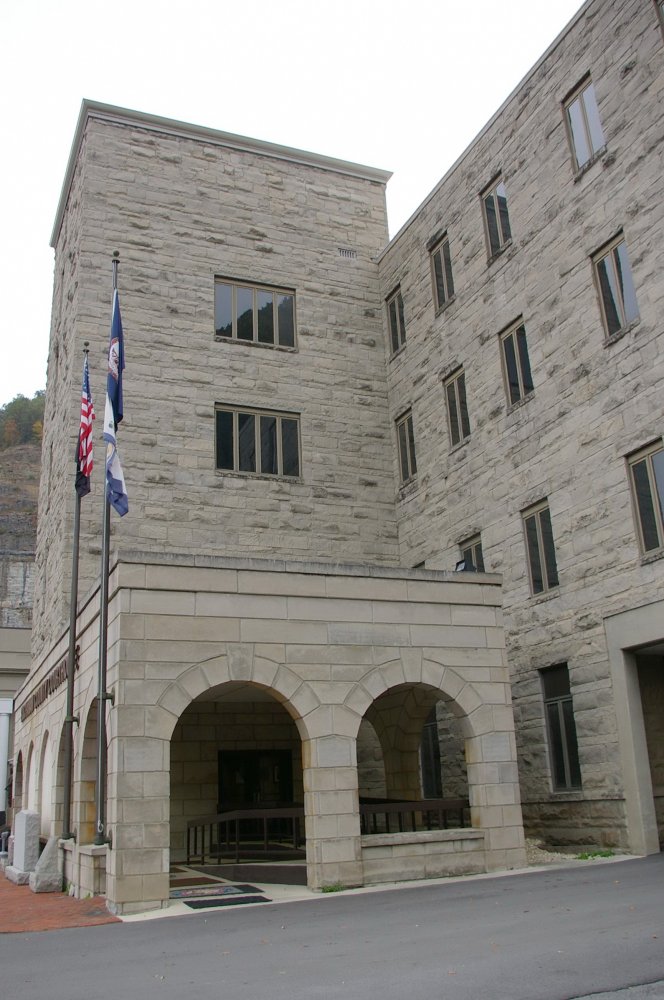 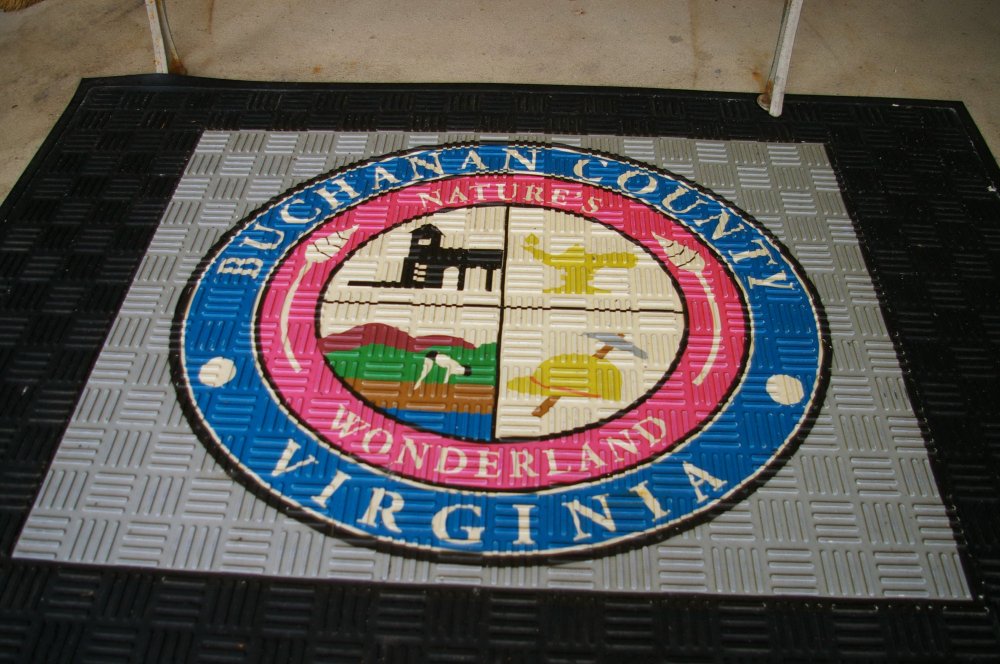 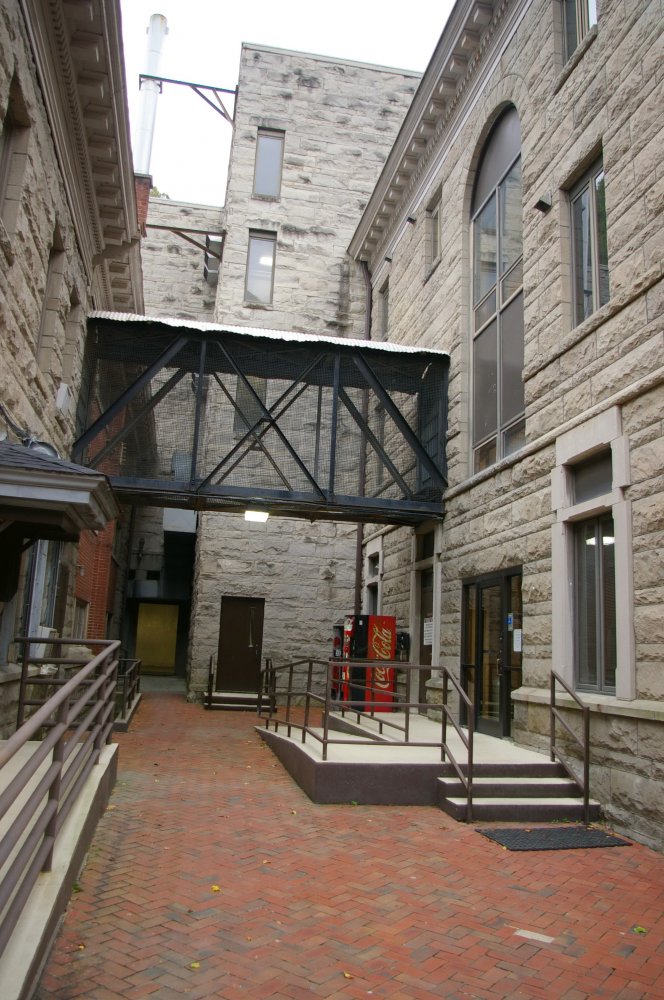 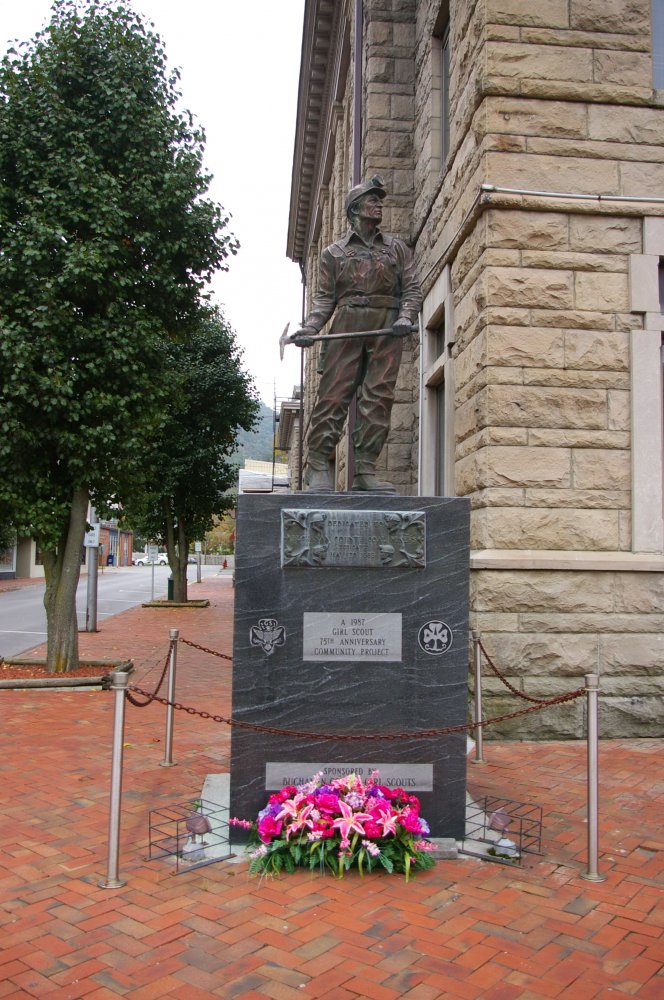 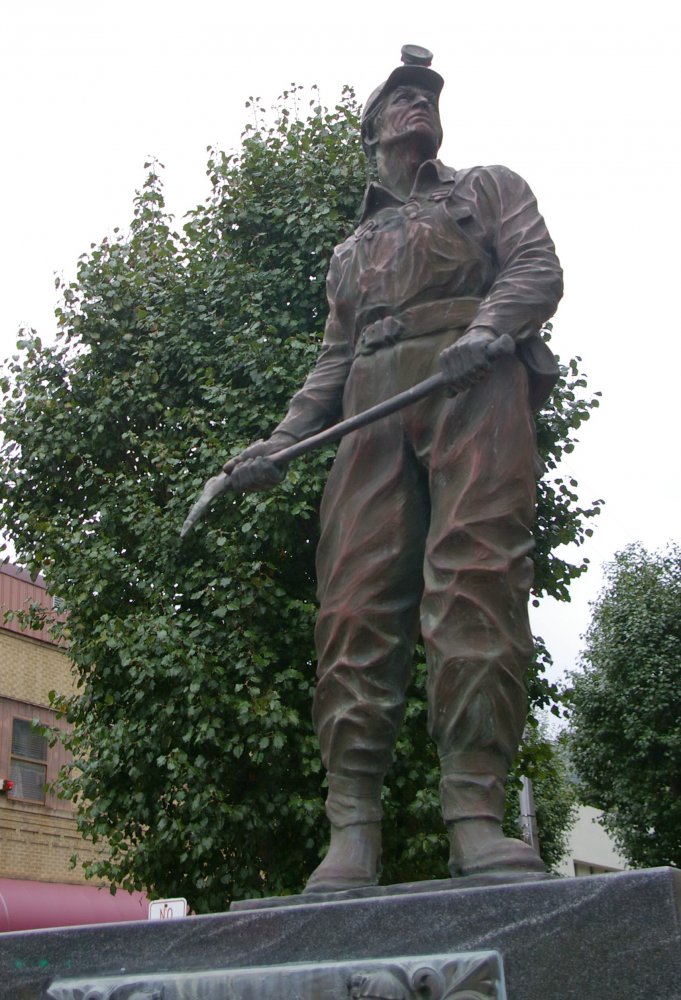 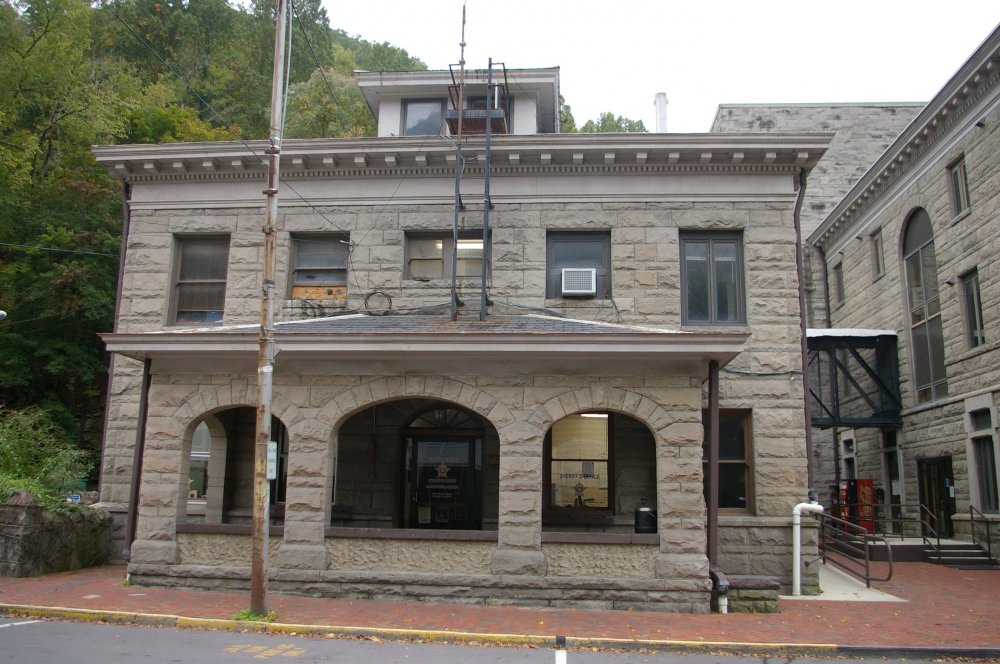