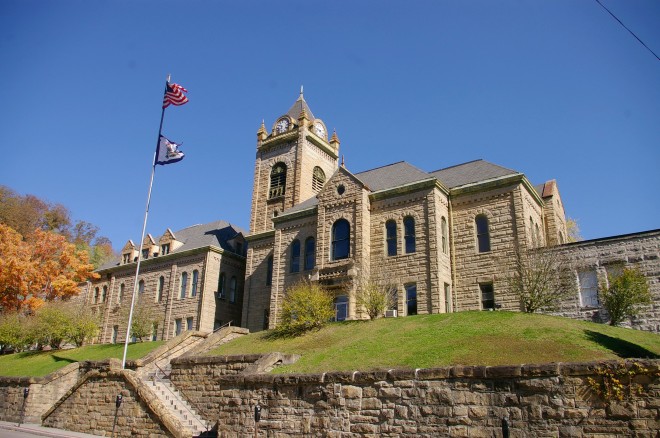 McDowell County is named for James McDowell, who was a Governor of Virginia. 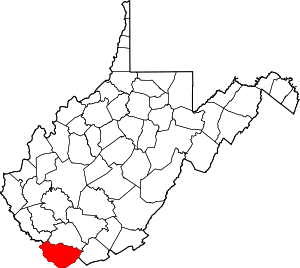 Description:  The building faces west and is a two story rough stone structure. The building sits atop a hillside overlooking downtown Welch. The west front has a projecting center section with the main entrance which is recessed beneath a stone frontispiece of Byzantine-style columns supporting a balustraded architrave. Above is an arch rising to a peak at the roof line. On the north side is a large square stone clock tower with steep roof. The roof is sloped. In the interior, the cast iron stairway ascends to the courtroom, which occupies the entire second story. In 1909 an addition was added. The architect was W E Shuffleberger and E L Shuffleberger.  Another addition was added in 1961. On the north side is the County Jail also constructed in 1893 to 1894. Further additions were constructed in 1979 and 1963. On the north side is the County Jail constructed in 1965 replacing the 1894 jail. 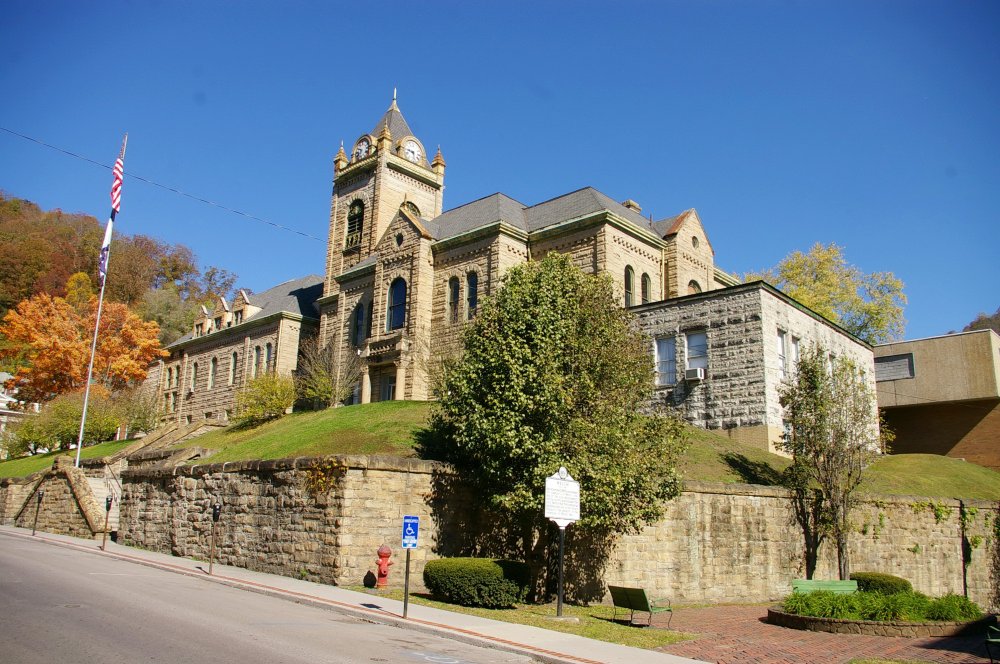 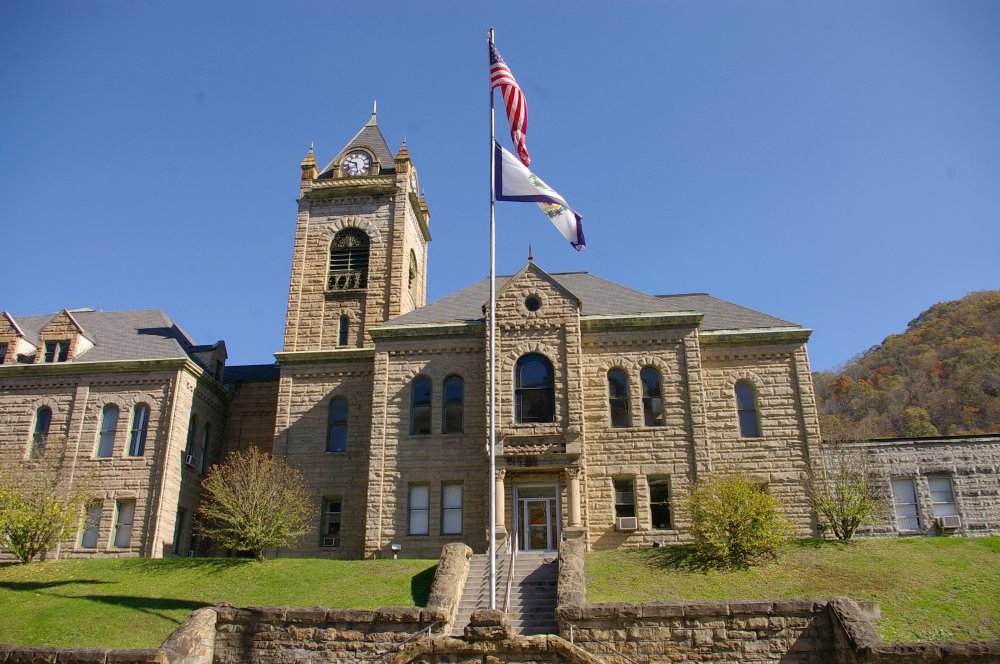 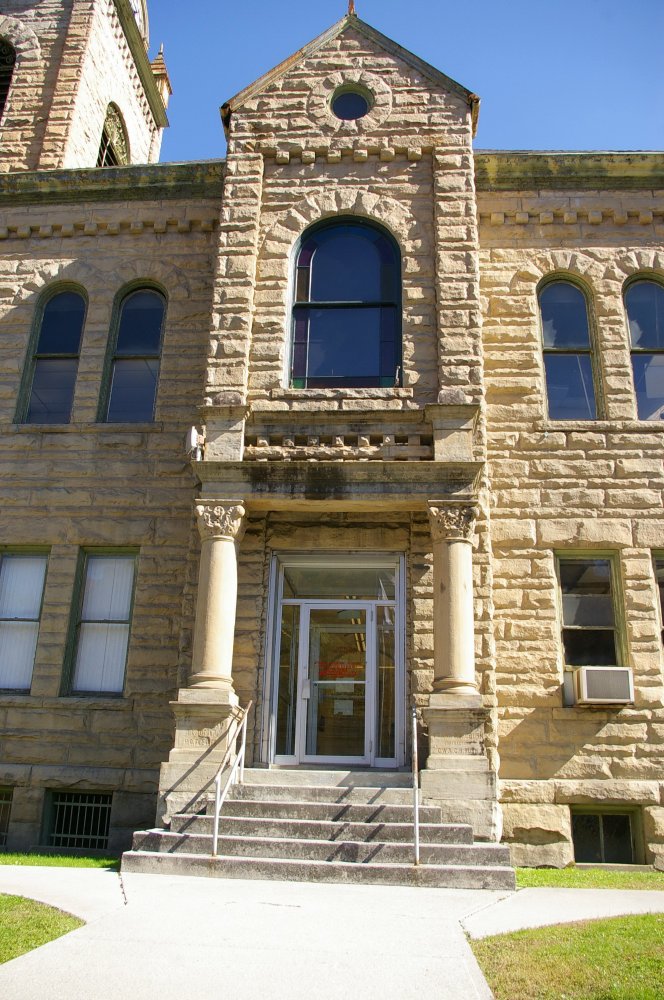 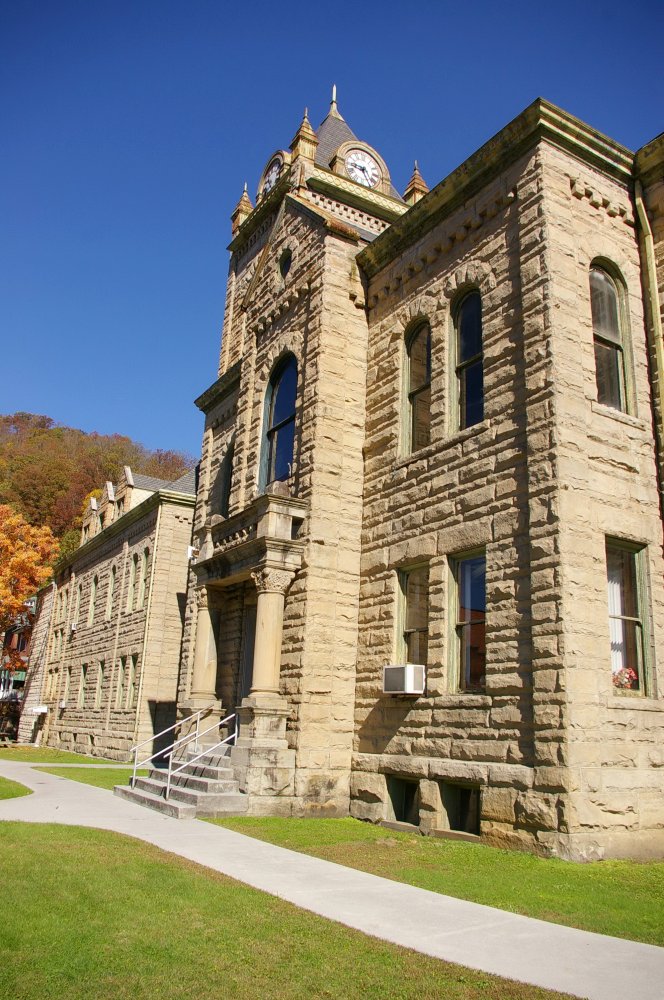 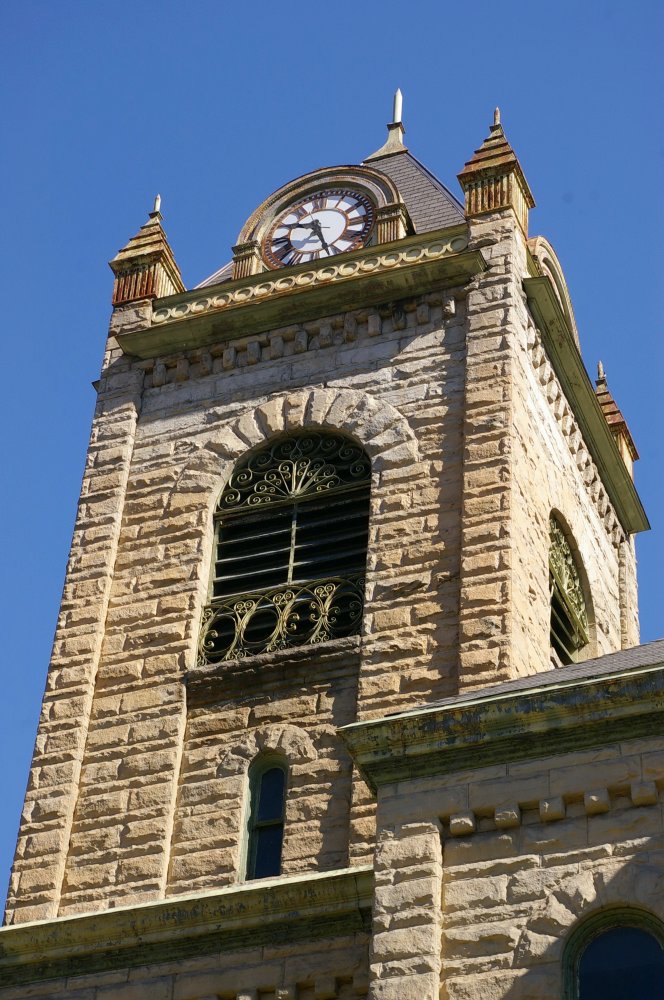 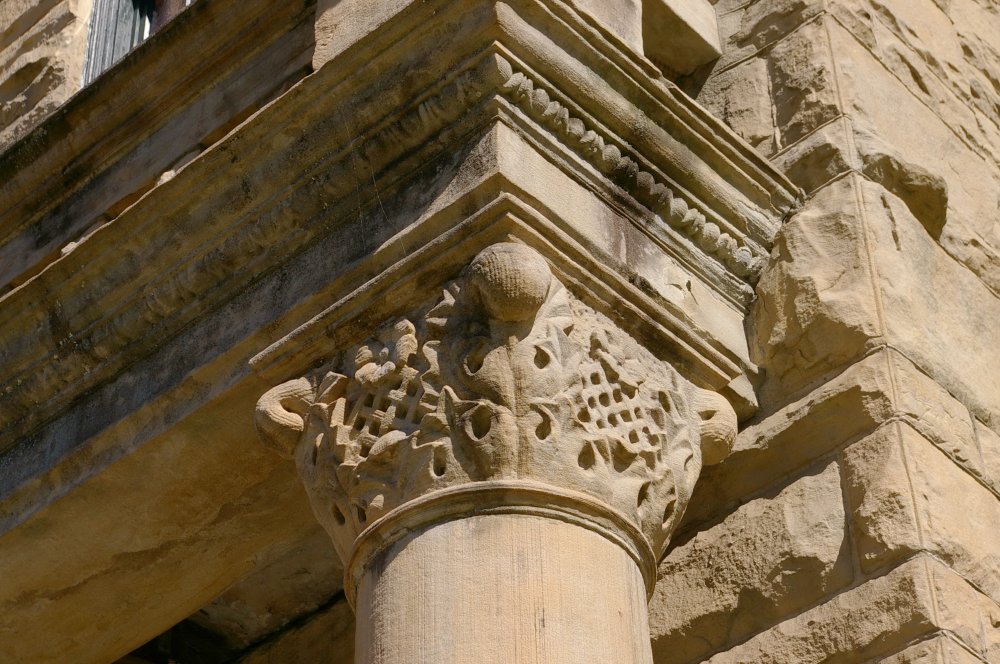 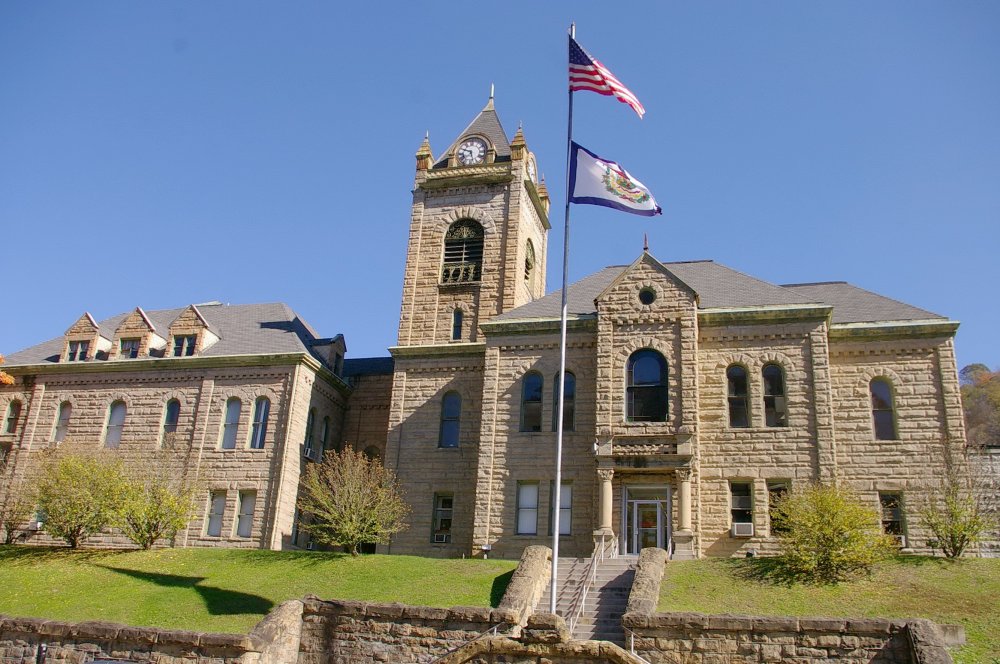 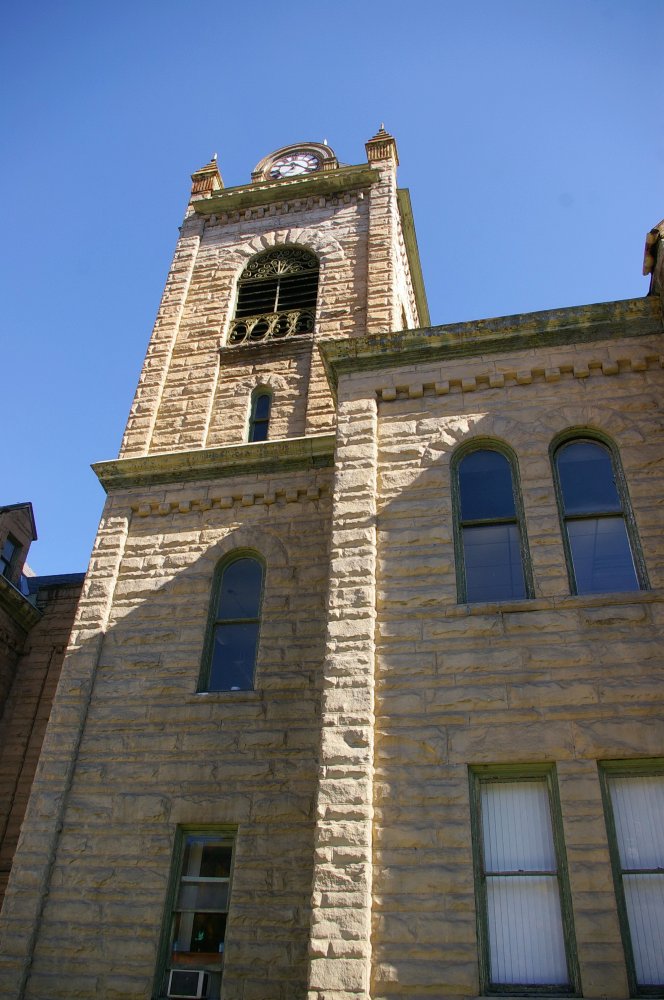 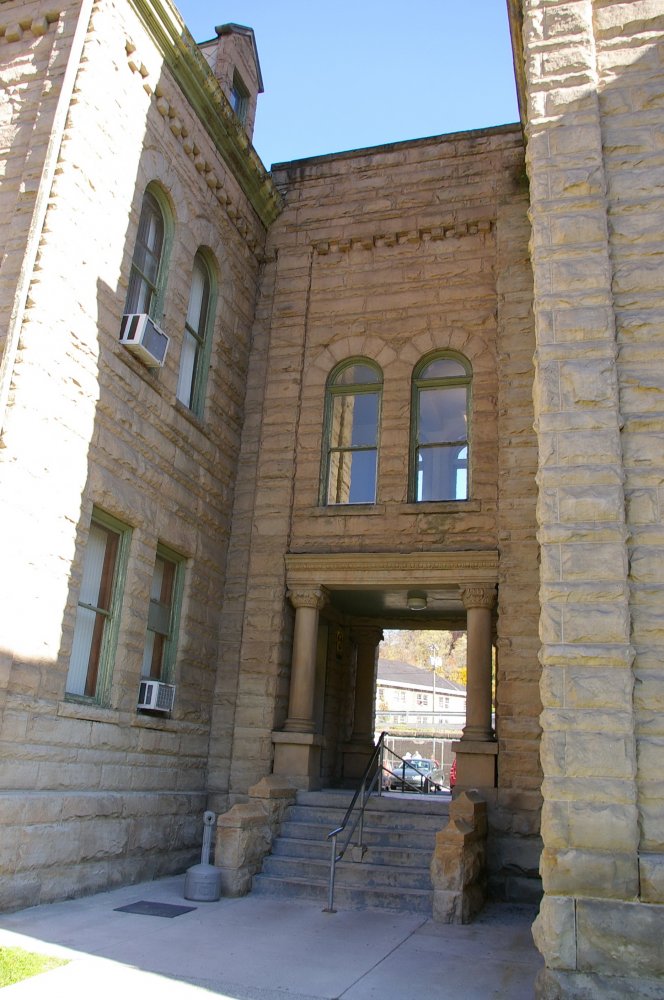 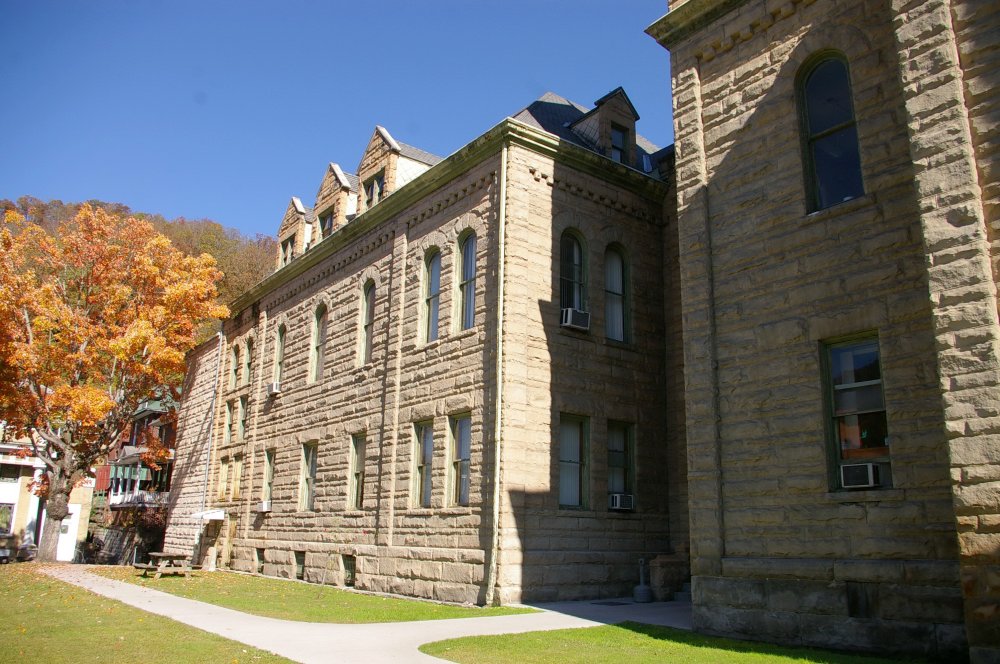