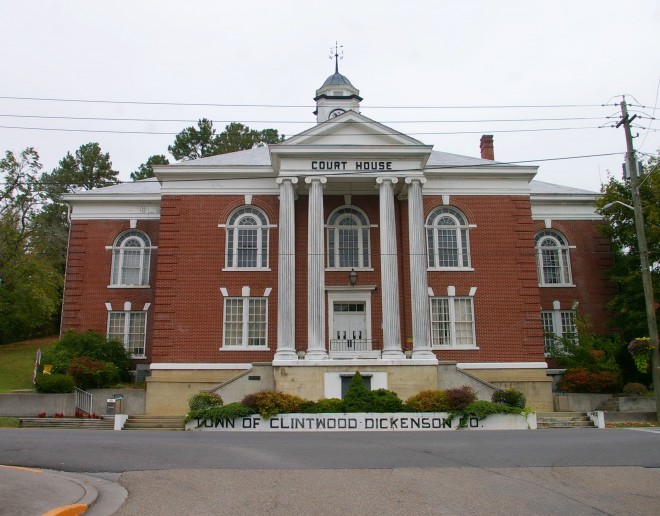 Dickenson County is named for William J Dickenson, who was a delegate to the Virginia General Assembly from Russell County.

Description:  The building faces southeast and is a two story red colored brick and concrete structure. The building backs onto a hill and is located in the center of Clintwood. The building is “T” shaped and is attached to the front of the 1894 courthouse. The southeast front has a high portico with two double Ionic columns rising to a pediment at the roof line. There is corbeled brick at the corners. The second story windows are arched. There is a southwest and a northeast wing. On the center of the roof is a square white colored cupola with clock and dome. The roof is hipped. The building houses the County Circuit Court of the 29th Judicial Circuit. An addition was added in 1950. A further addition was constructed on the northwest side in 1972 which replaced the 1894 courthouse. 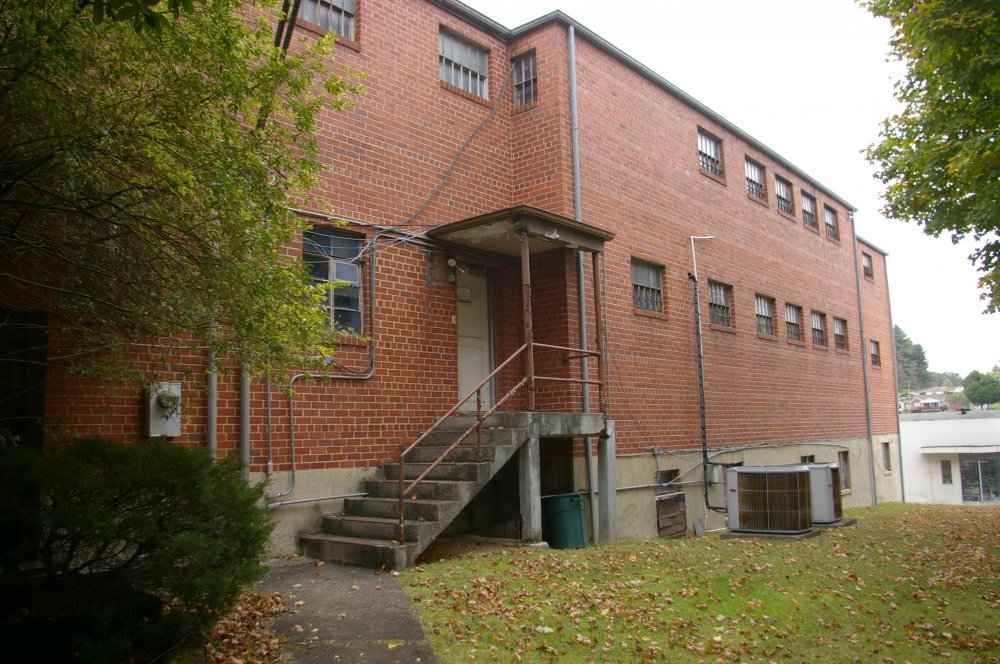 Description:  The building faces southeast and is a two story red colored brick and concrete structure. The building is located on landscaped grounds in the center of Clintwood on the west side of the courthouse. The building has a raised concrete basement.  The roof line is flat. The building houses the County General District Court and County Juvenile and Domestic Relations Court of the 29th Judicial Circuit. 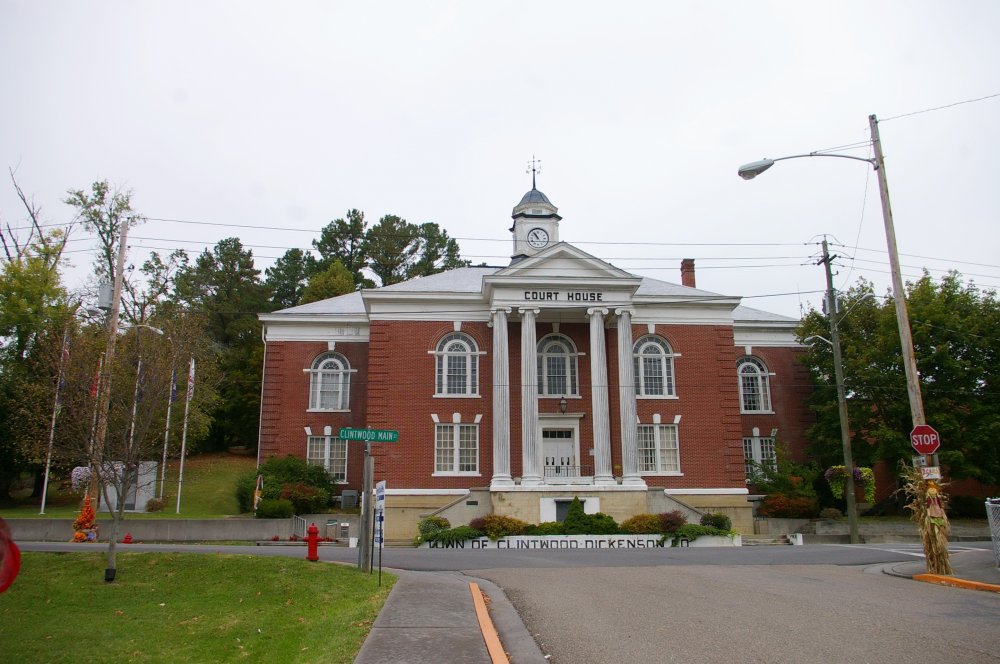 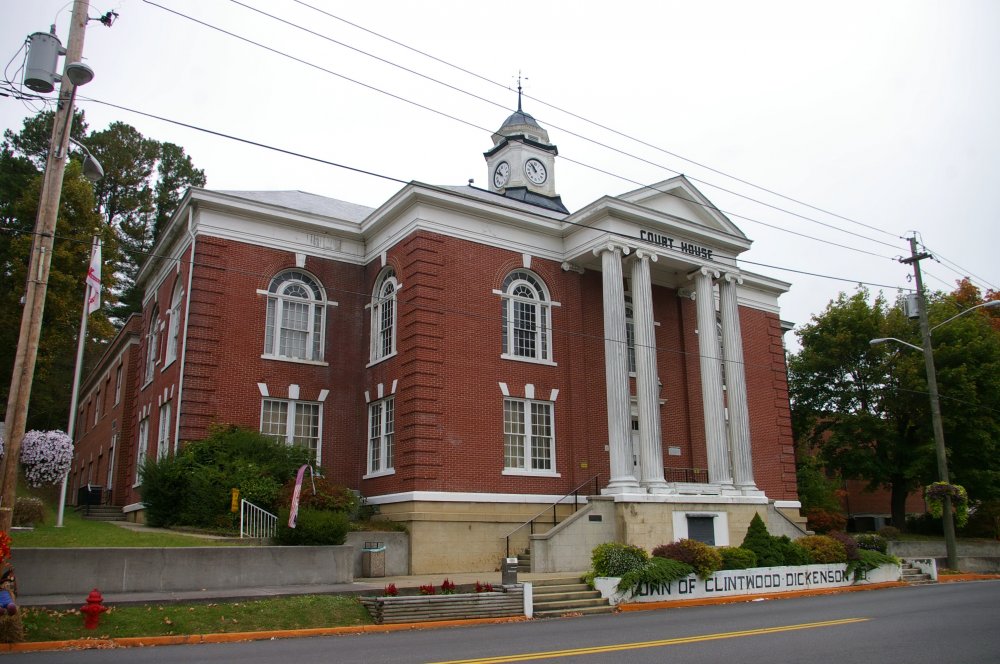 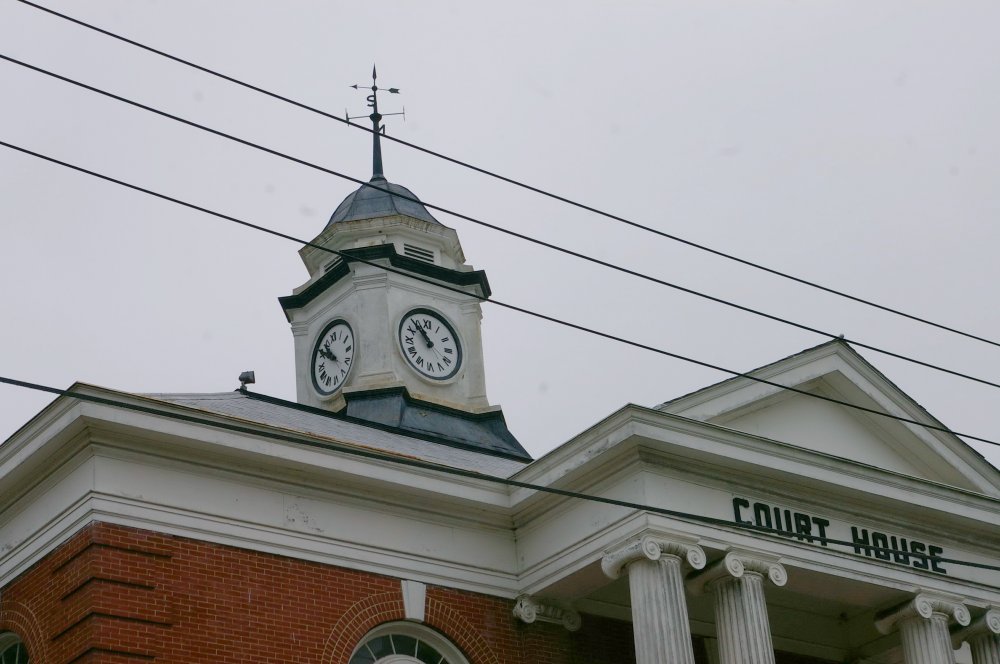 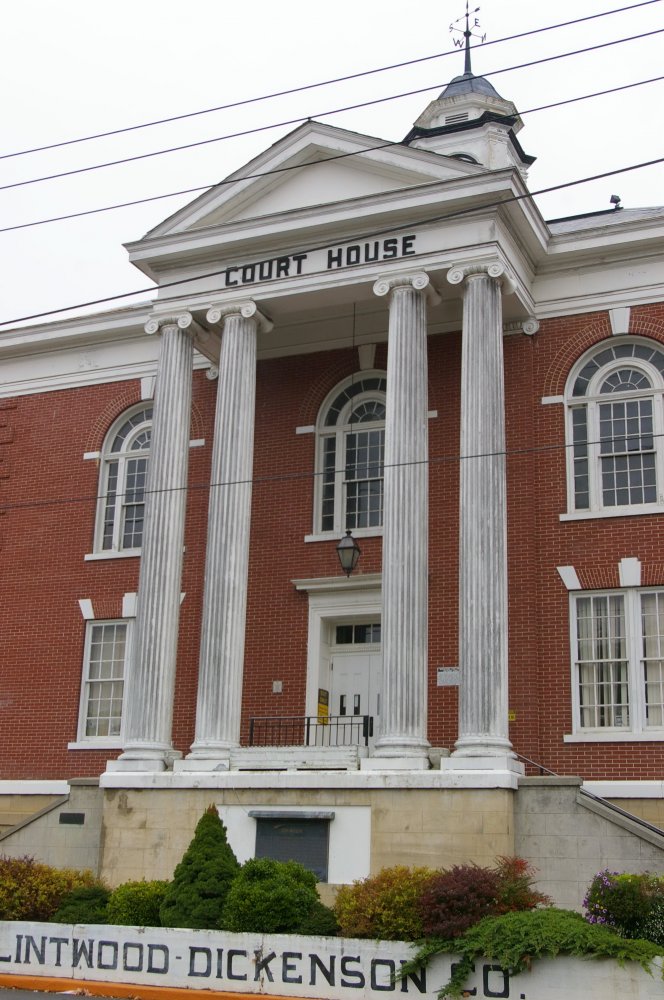 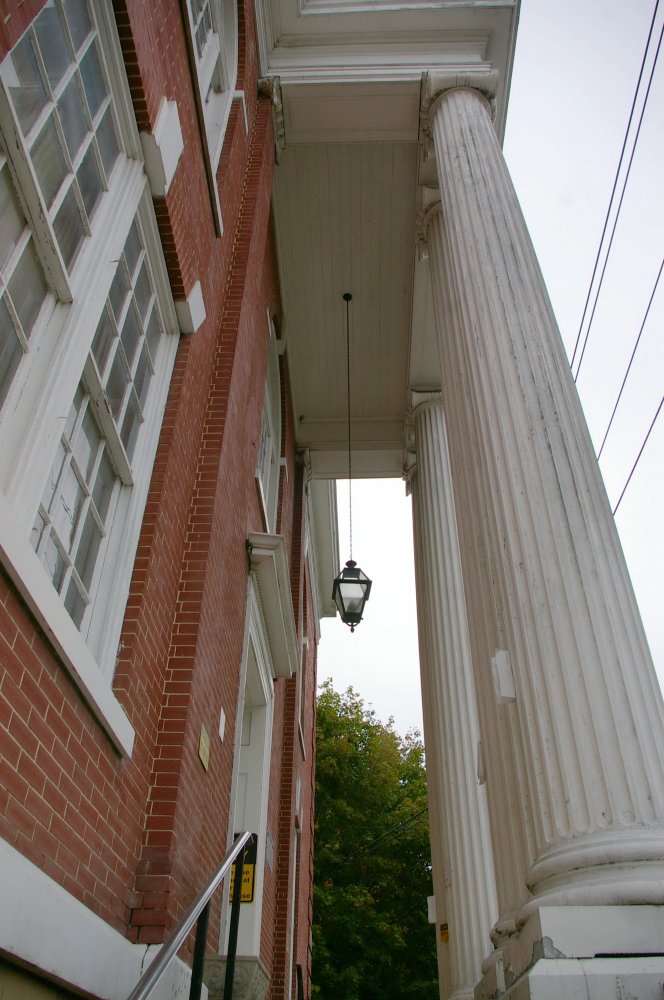 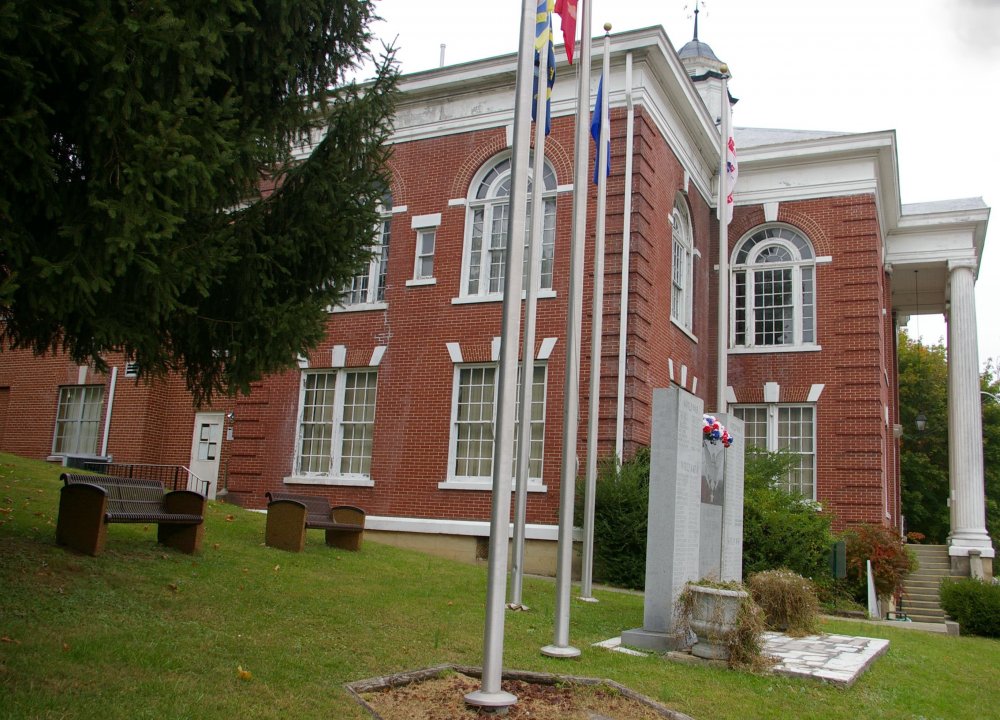