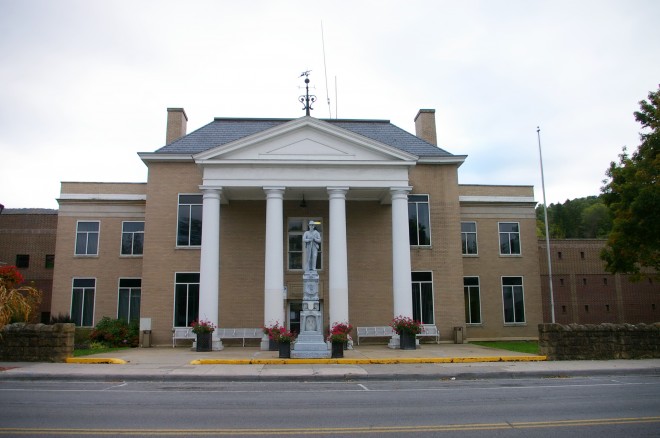 Tazewell County is named for Henry Tazewell, who was a United States Senator from Virginia.

Description:  The building faces north and is a two story buff colored brick and concrete structure. The building is located on landscaped grounds in the center of Tazewell. The north front has a portico with four white colored Doric columns with pediment at the roof line. The center section projects from the main building with east and west wings.  A cornice runs below the roof line. The roof is mansard. The building houses the County Circuit Court and County Juvenile and Domestic Relations Court of the 29th Judicial Circuit. The building was remodeled in 1914 and the architect was Andrew J Bryan and the contractor was Falls City Construction Company of Louisville, Kentucky. 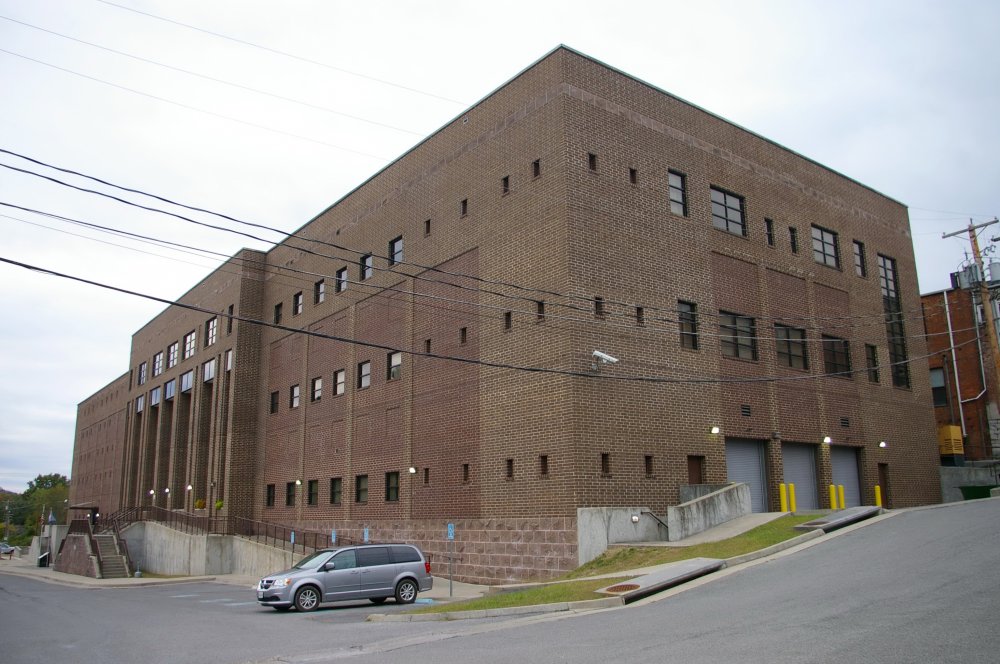 Description:  The building faces south and is  a three story red colored brick and concrete structure. The rectangular shaped building is located on landscaped grounds in the center of Tazewell on the south side of the courthouse. The building has a raised basement. The center section projects slightly  and has six double pillars with recessed poorch. The roof line is flat. The building houses the County General District Court of the 29th Judicial Circuit. 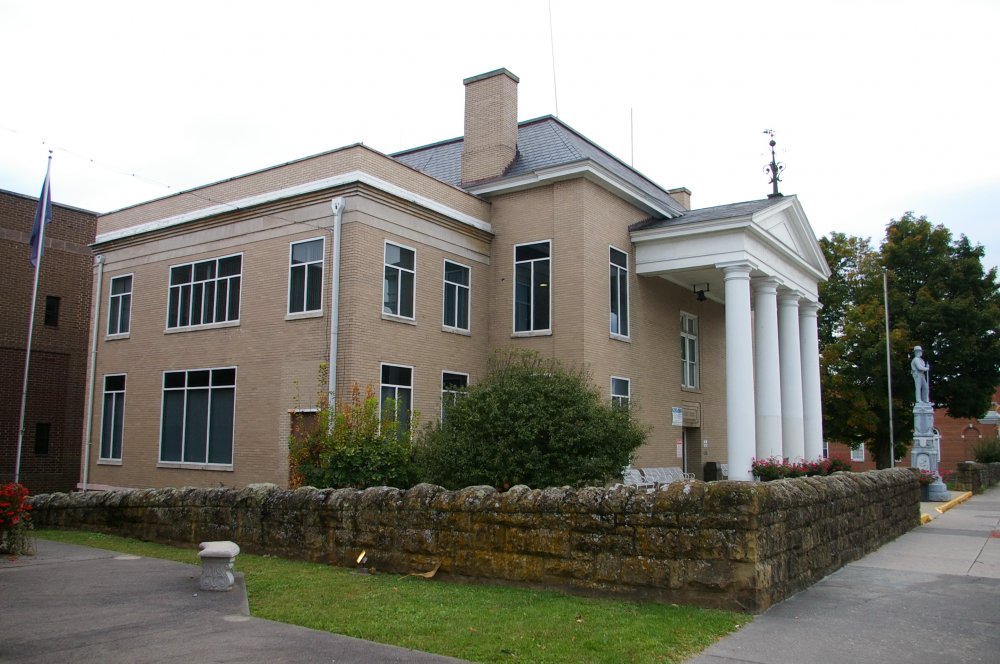 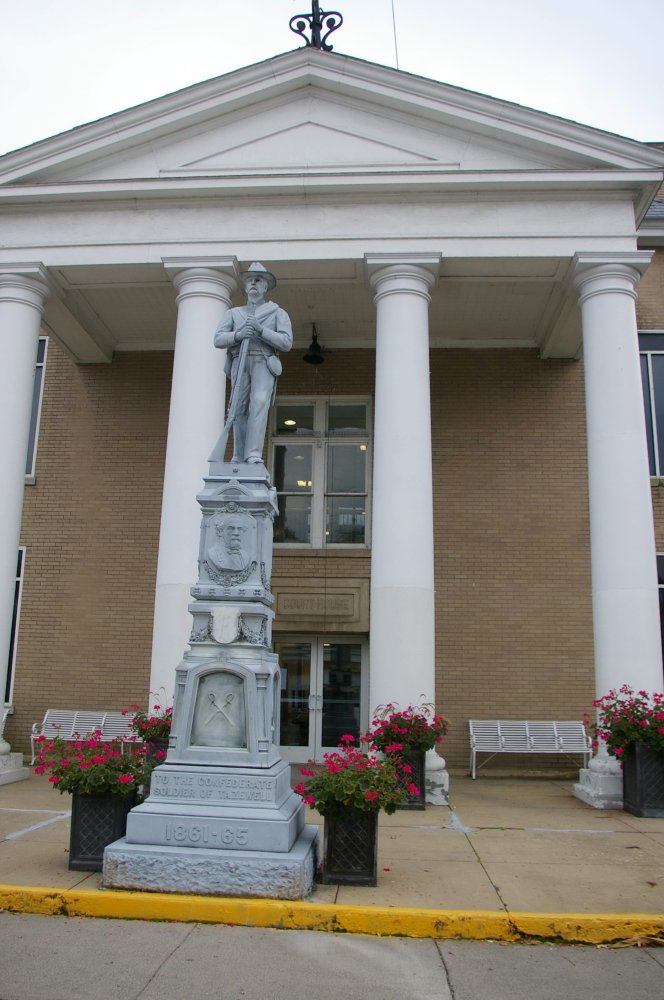 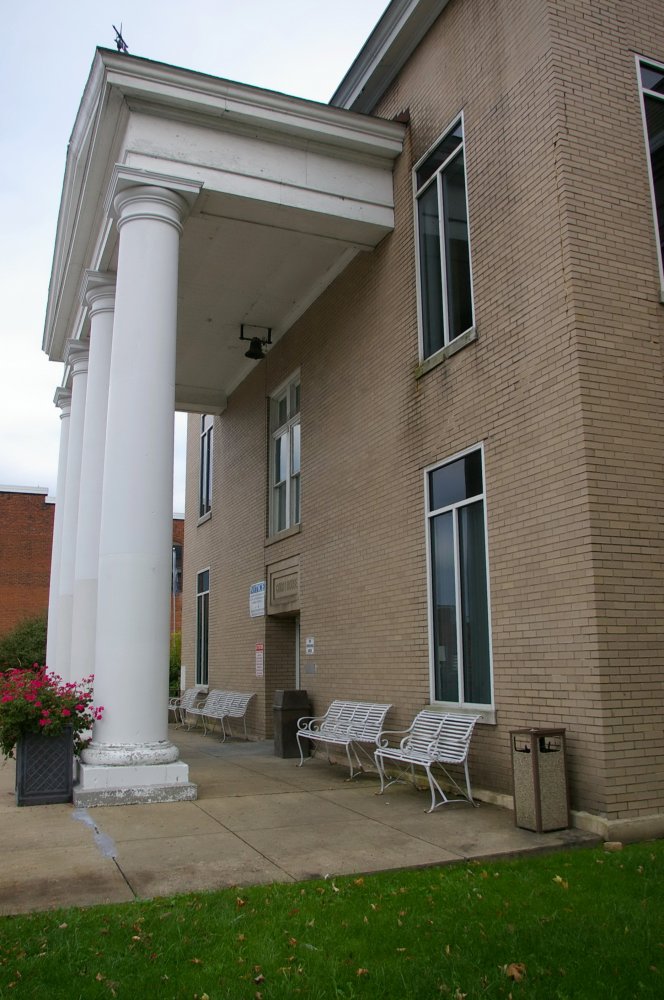 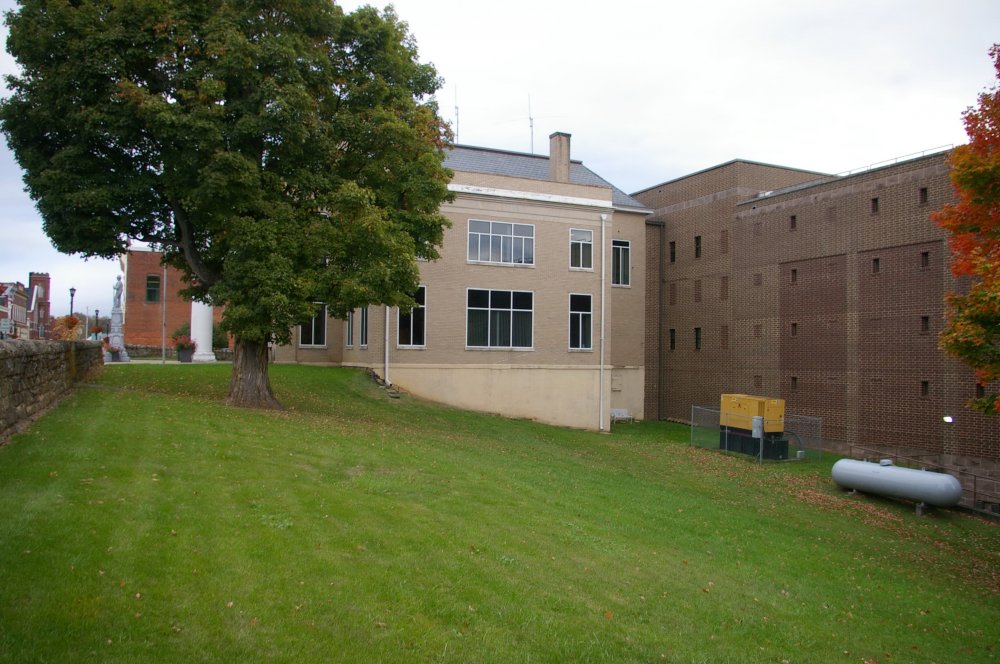 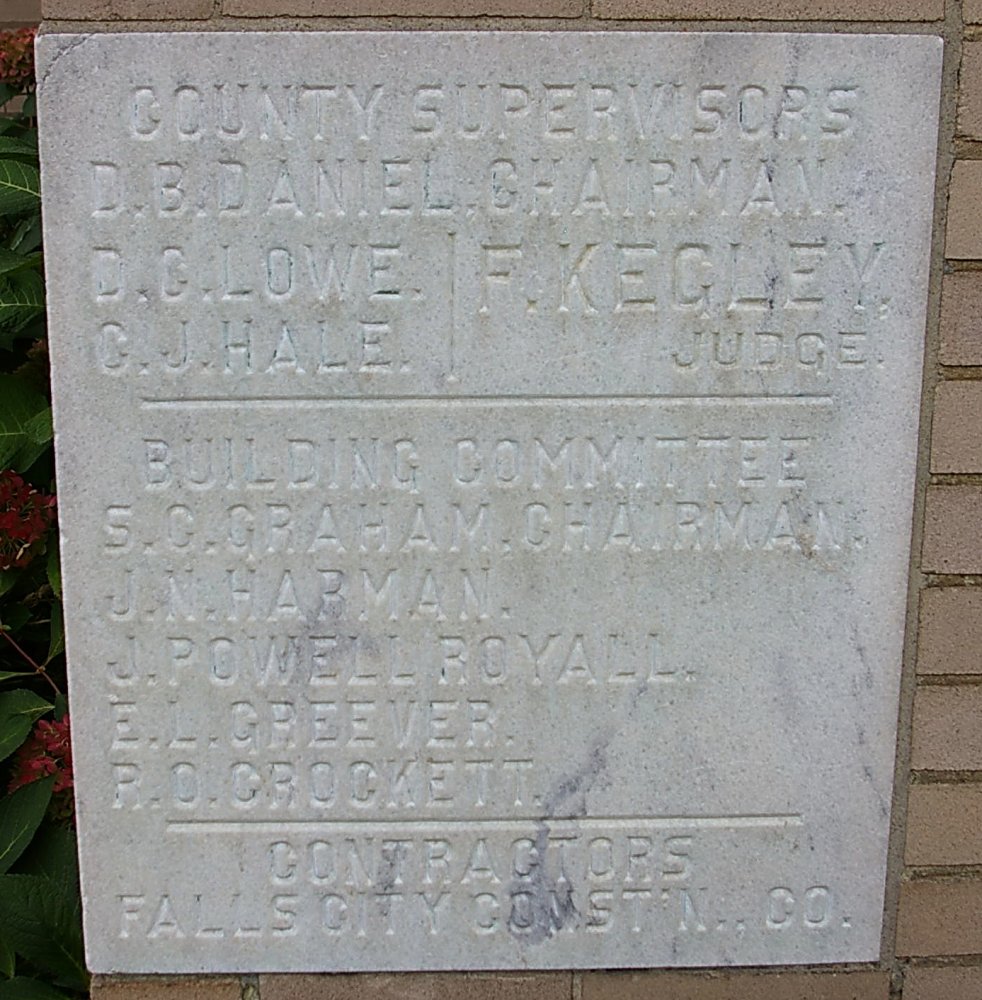 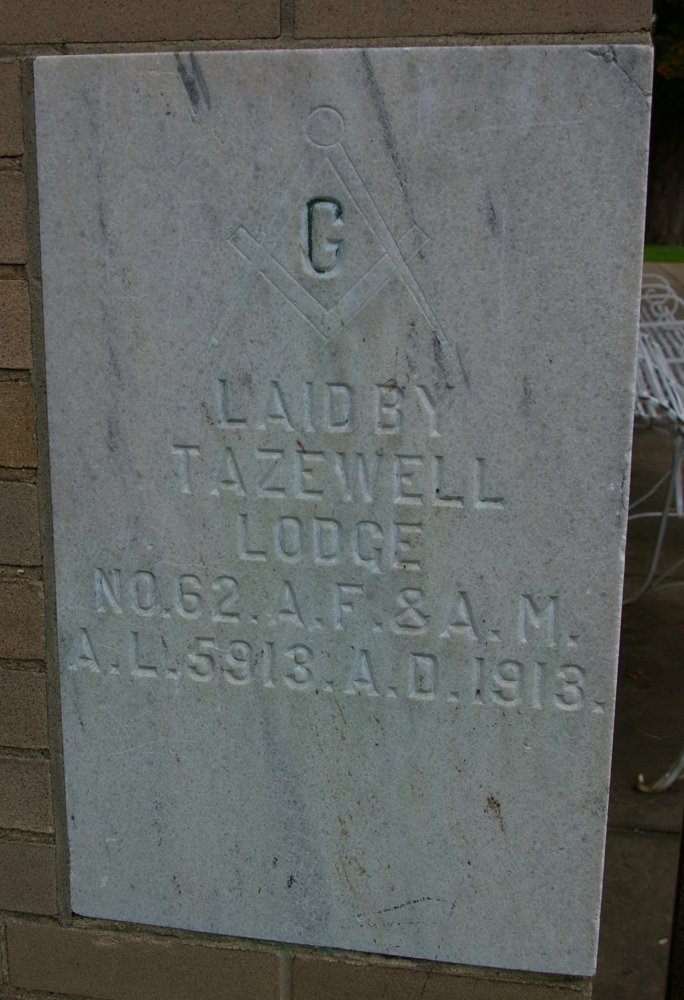 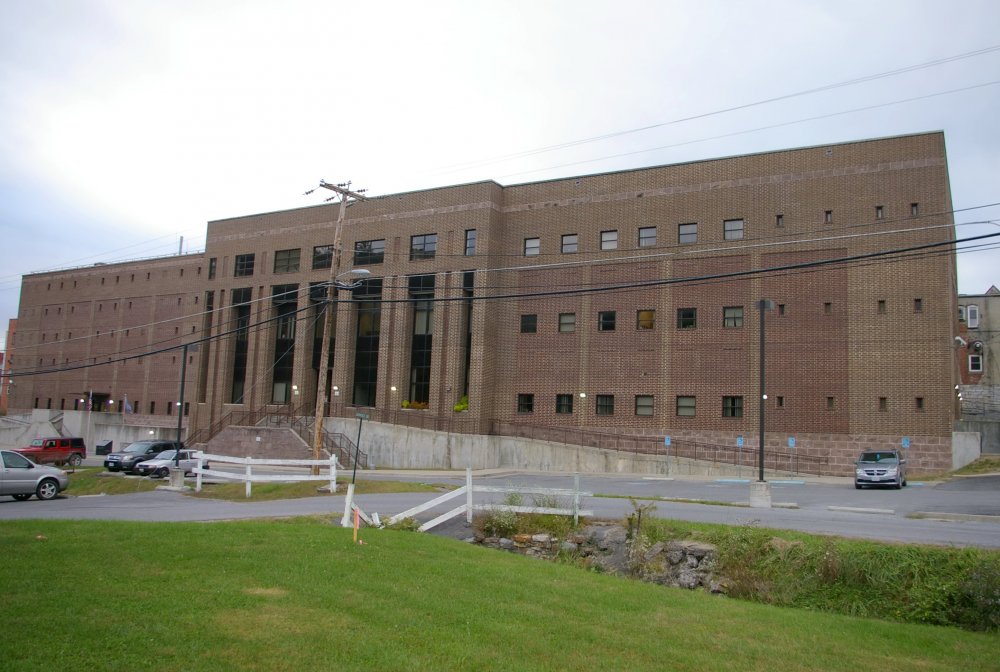 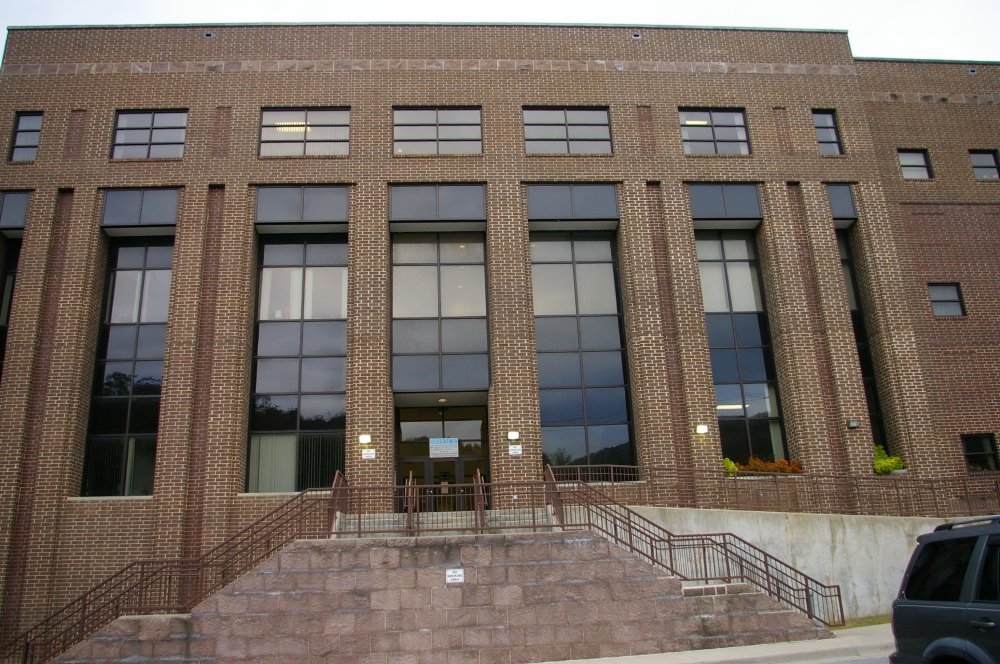