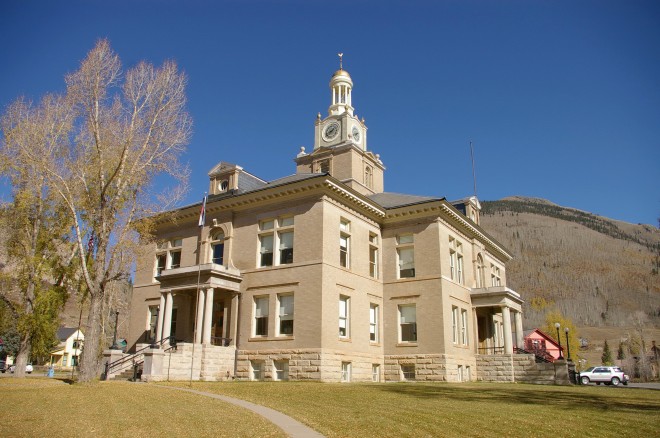 San Juan County is named for the San Juan River and San Juan Mountains which were named for Saint John the Evangelist.

Description: The building faces southwest and is a two story buff colored brick and concrete structure. The building is located on landscaped grounds on the north side of the center of Silverton. The southwest and southeast sides have one story porticos supported by four columns and balcony on the second story. The roof is hipped with a dormer at the center of each side. On the center of the roof is a high square clock tower with white colored cupola at the top with gold colored dome. In the interior, there are marble floors throughout the building. The hallways converge at a fountain under the tower, which stands exposed from first story to tower. The staircase rises, then circles, one to either side, to the second story where the courtroom is located. The basement was constructed by David Ramsey. The building houses the District Court and County Court of the 6th Judicial District. In 1999 to 2003, the courthouse was restored.  Behind the building is the old two story red colored brick jail which is now a museum and the Old Sheriff Residence. 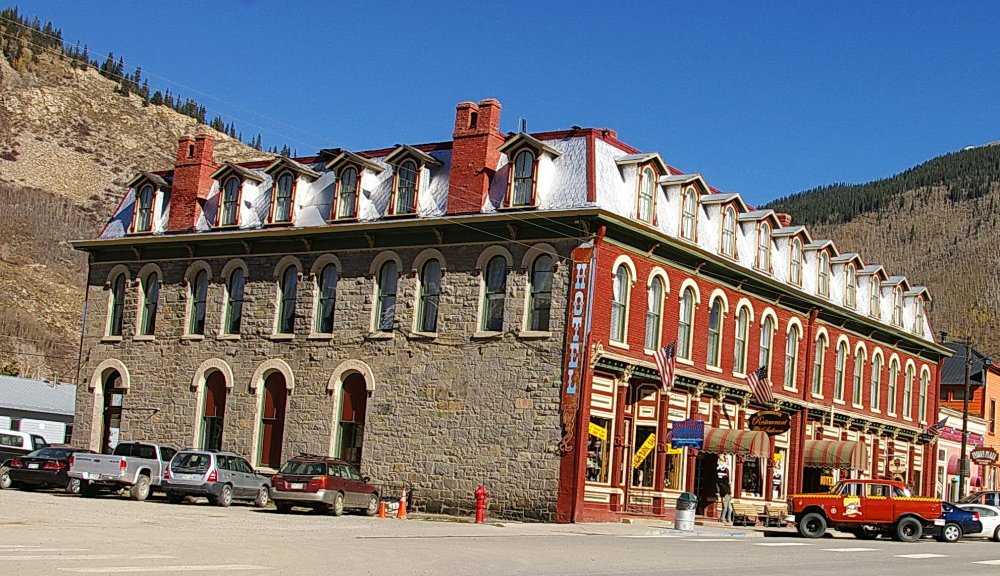 Description: The building faces southeast and is a three story red brick, wood and granite structure. The building is located in the center of Silverton. The building is located in the center of Silverton. The southeast front has store fronts along the first story, arched windows on the second story and dormers on the third story. The roof is mansard and flat. Originally known as the Thompson Block and as the Grand Hotel, the building was commissioned by William Sparks Thomson of New York City and Dr. S H Beckwith. The second story contained the offices for the Town of Silverton and the San Juan County serving as the first courthouse from 1889 to 1908. The building was renovated in 2015 by Hotter Construction of Durango and continues as a hotel.

Note:  Dr. S H Beckwith who built the local Martha Rose Smelter was one of the contractors for the Grand Imperial Hotel.. 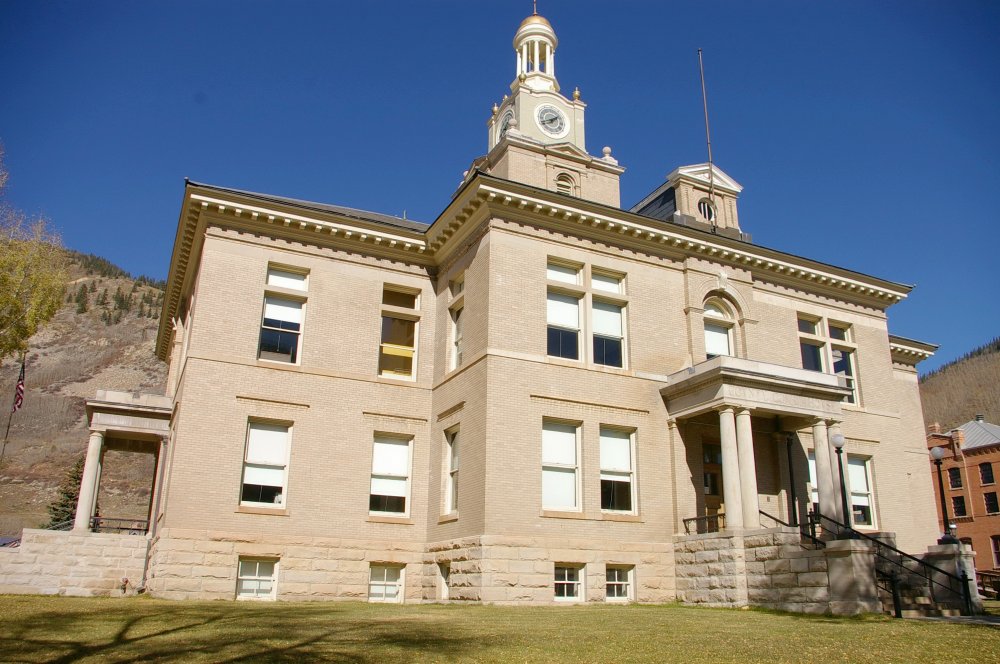 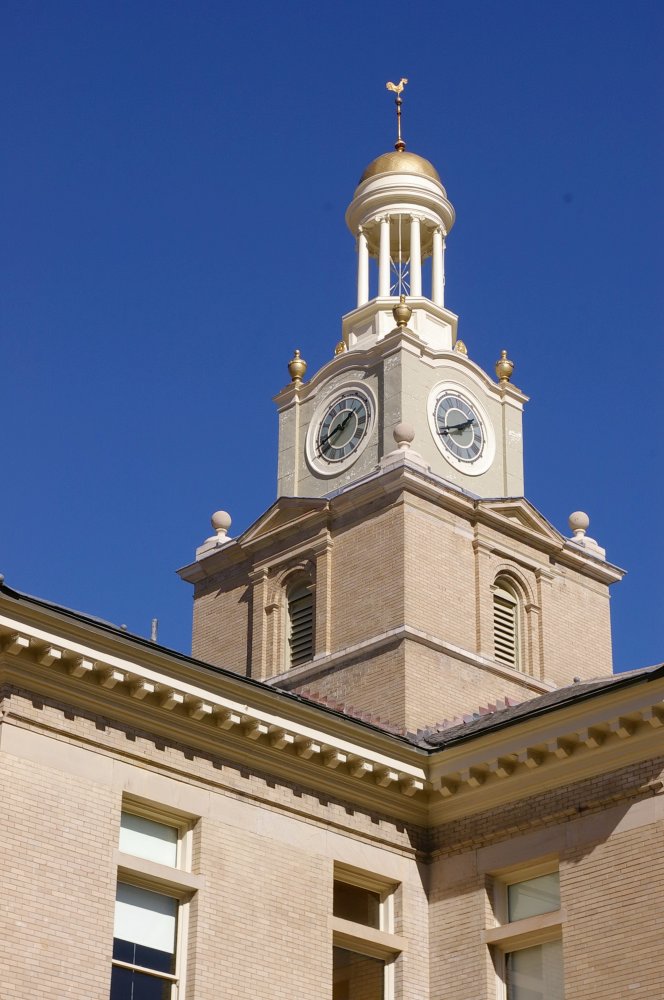 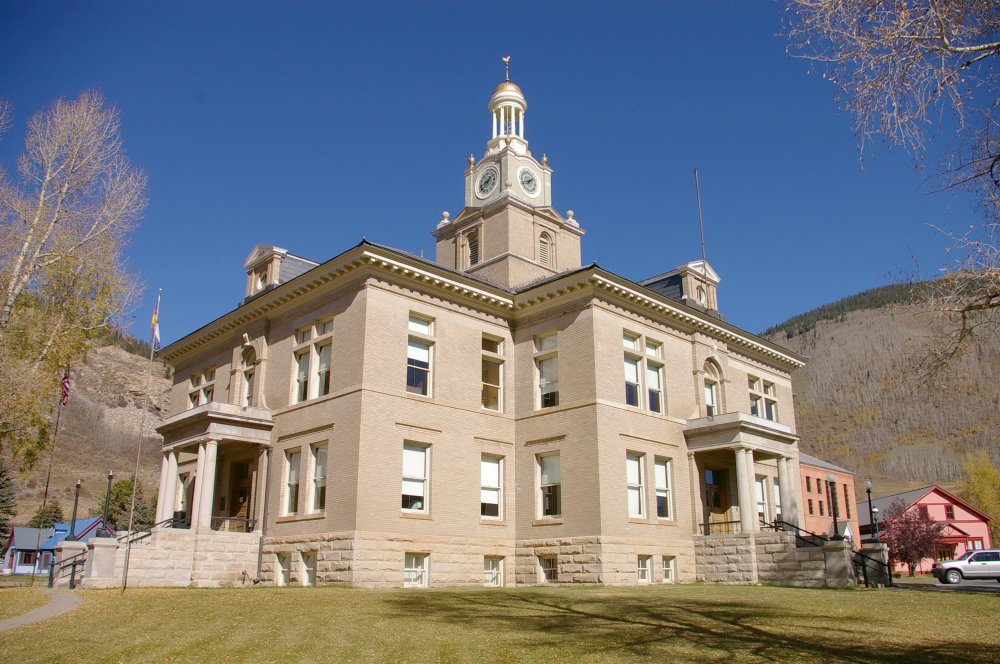 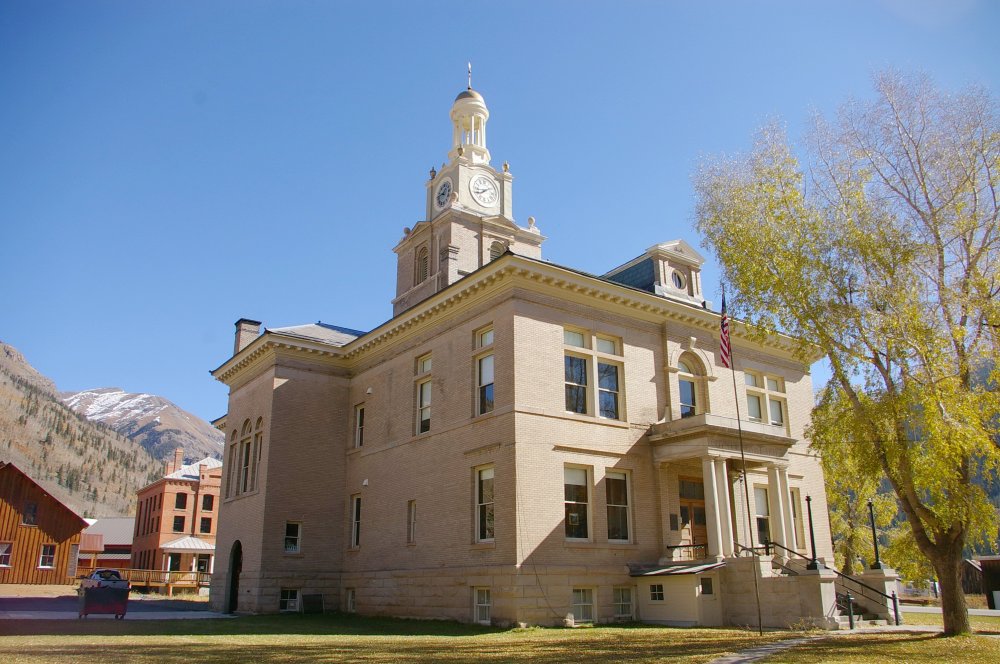 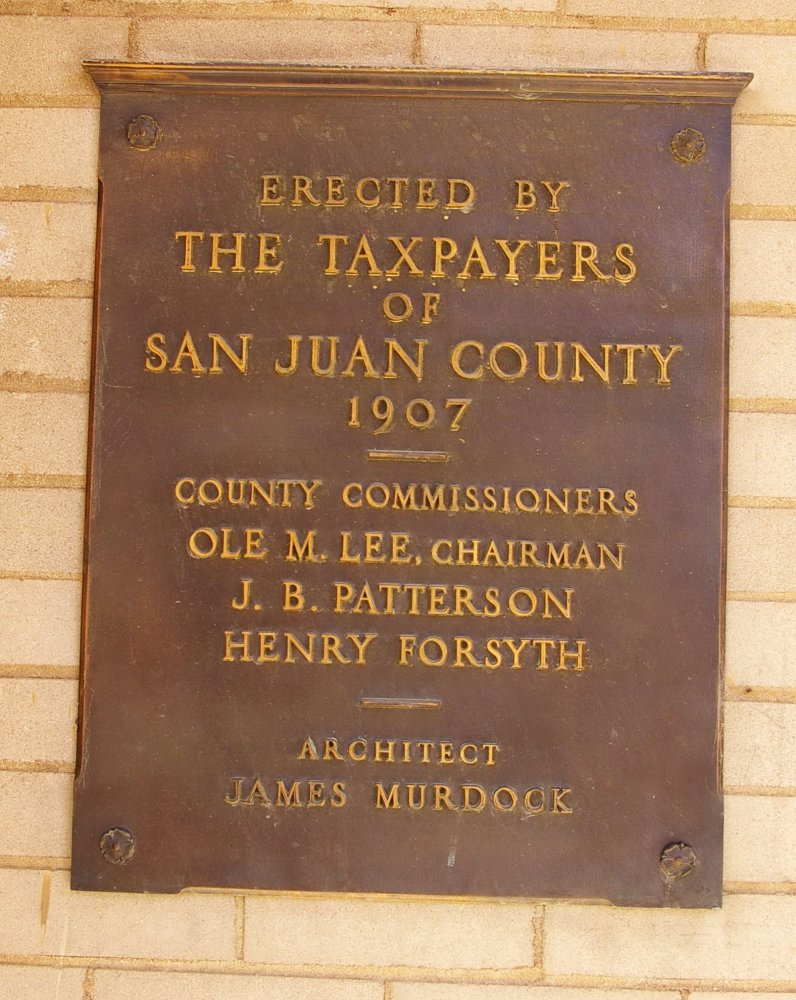 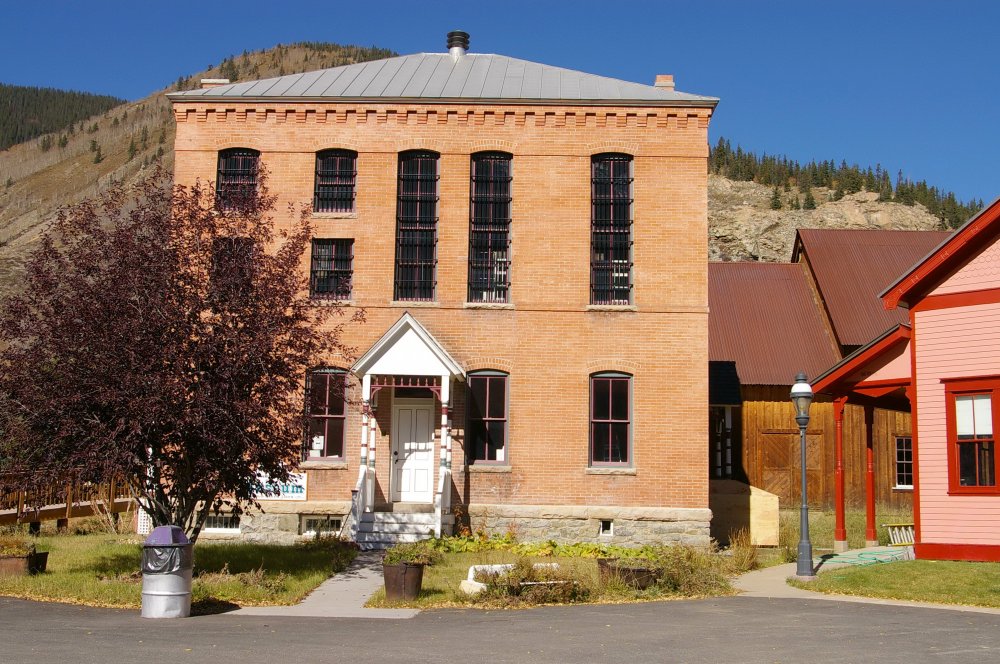 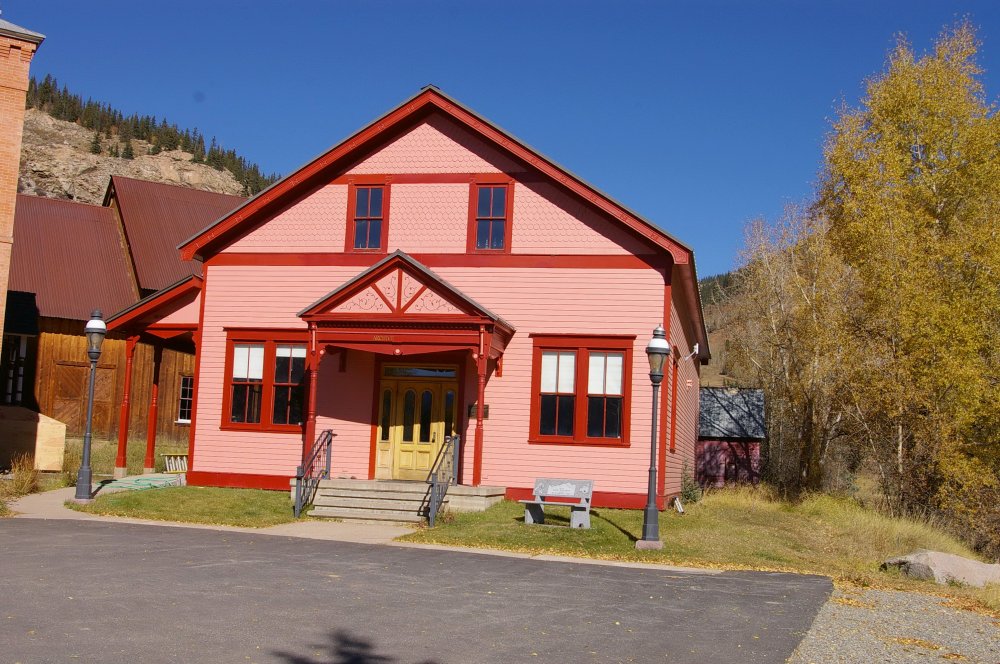