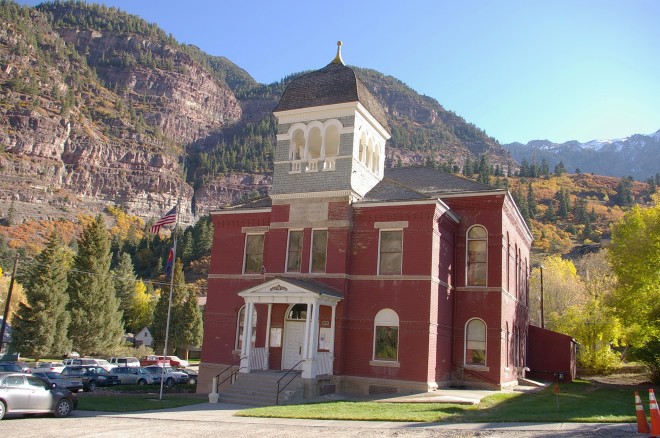 Ouray County is named for Chief Ouray who was a Ute Indian chief. 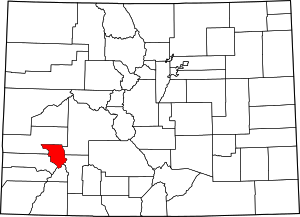 Description: The building faces west and is a two story dark red colored brick structure. The building is located in the center of Ouray. The west front has a small porch at the first story entrance. The center section projects slightly and rises to a three story tower with arched open windows on the third story and bell shaped roof at the top. The roof is hipped. The building houses the District Court and County Court of the 7th Judicial District. In May 1898, the roof caught fire and there was water damage. The second story courtroom was added. An addition was added in 1976. The architect was Charles Conniffe Architect and the contractor was White Construction Group. In 2018 to 2020 the building was restored. The architect was Charles Cunniffe Architects and the contractor was FCI Constructors, Inc. of Durango. On the east side of the courthouse is the attached red colored brick jail built in 1898. 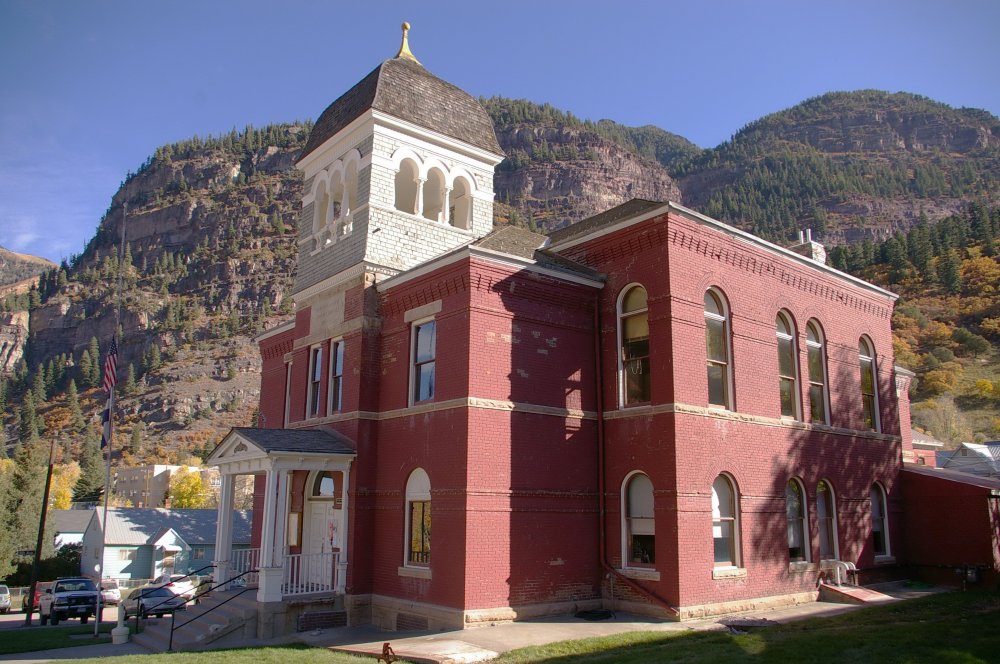 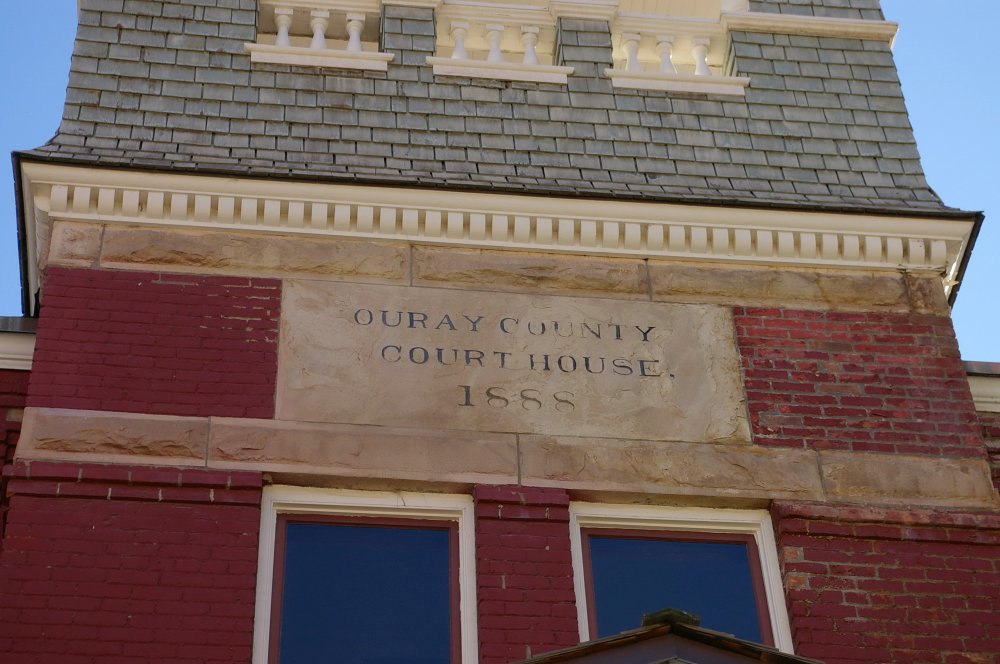 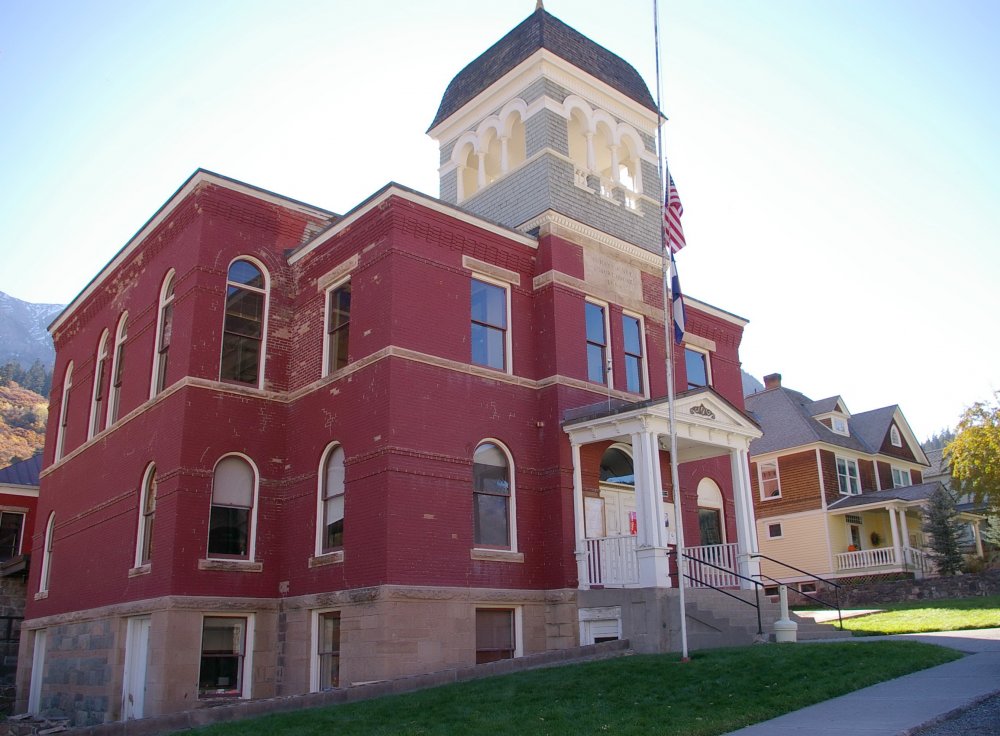 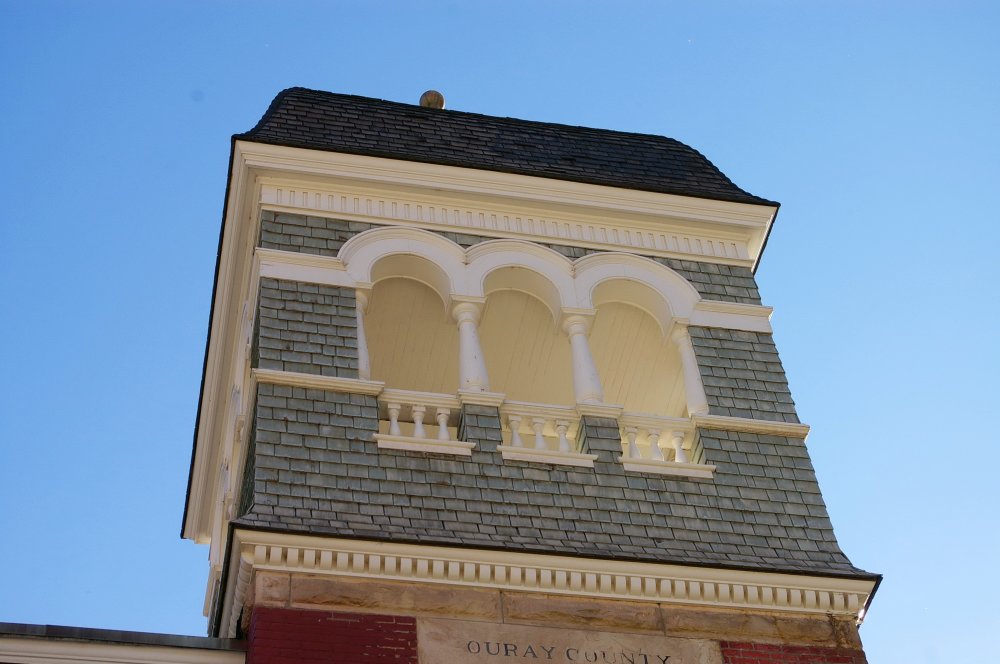 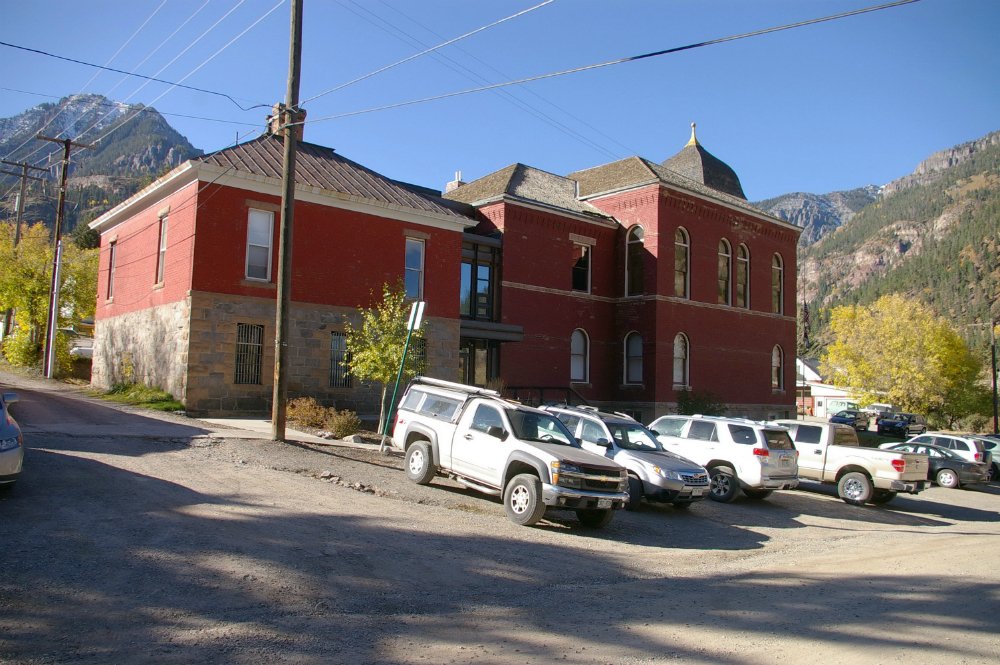 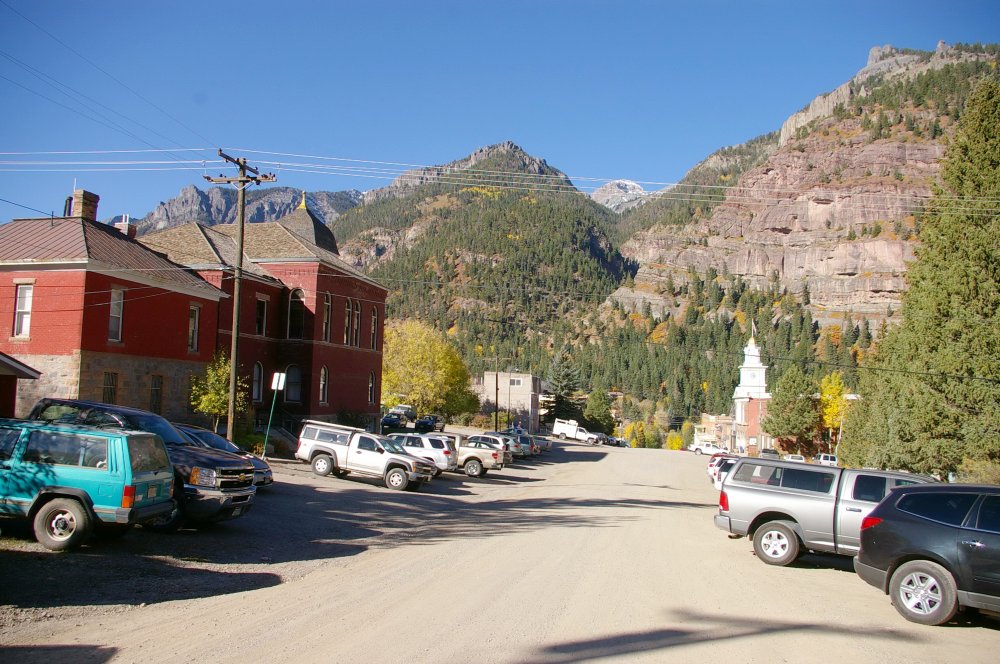 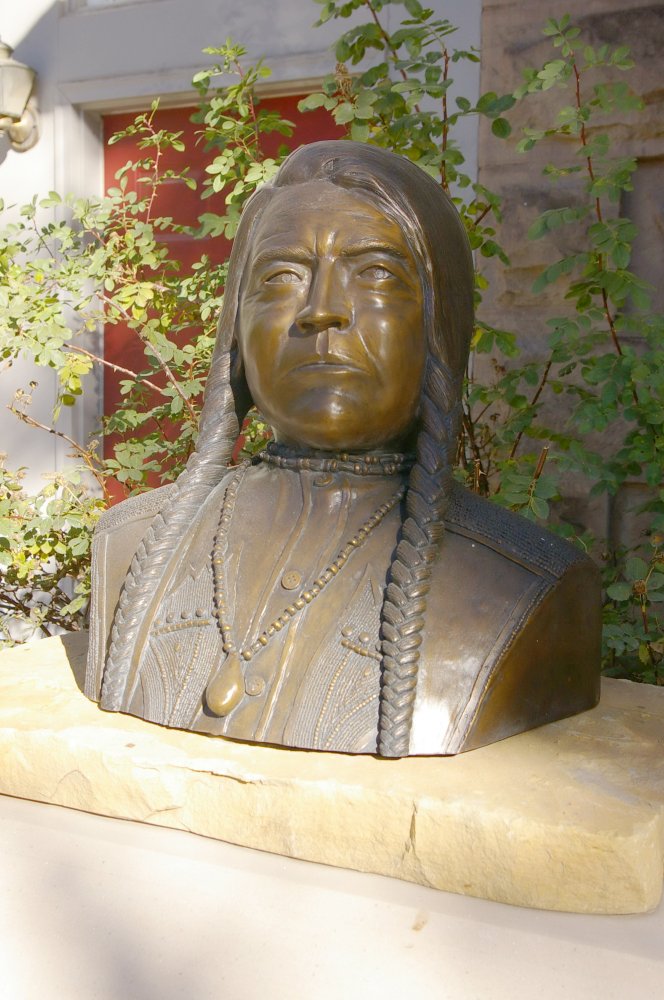 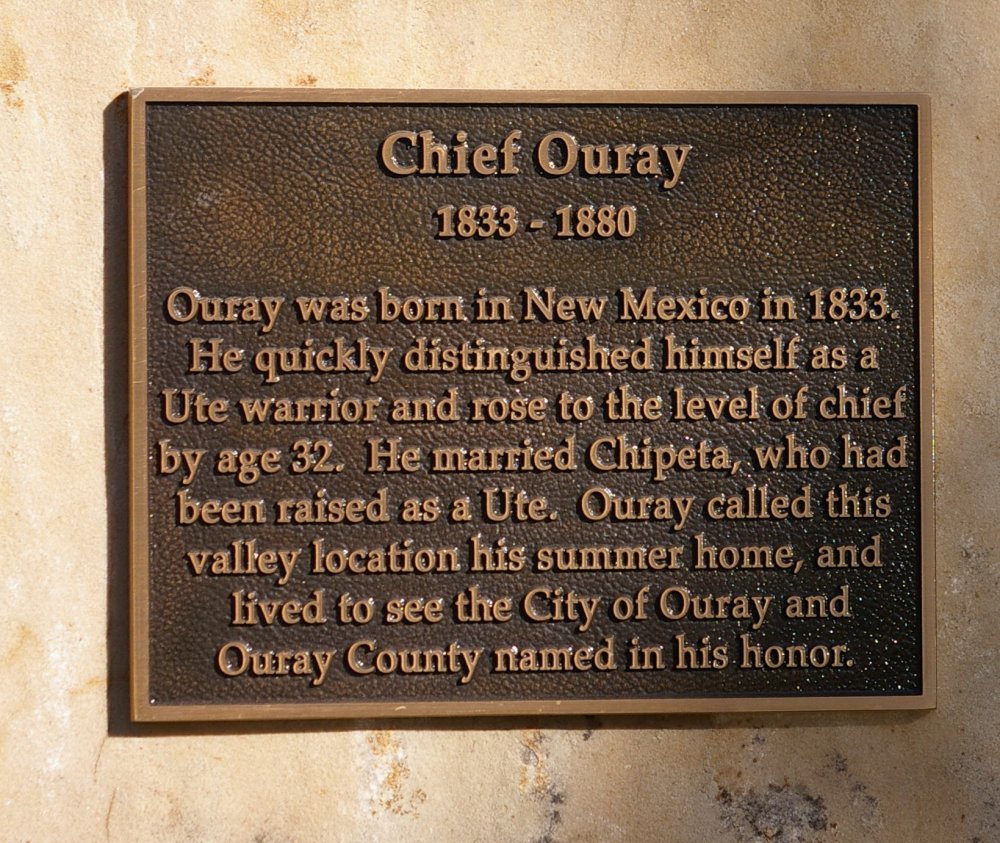 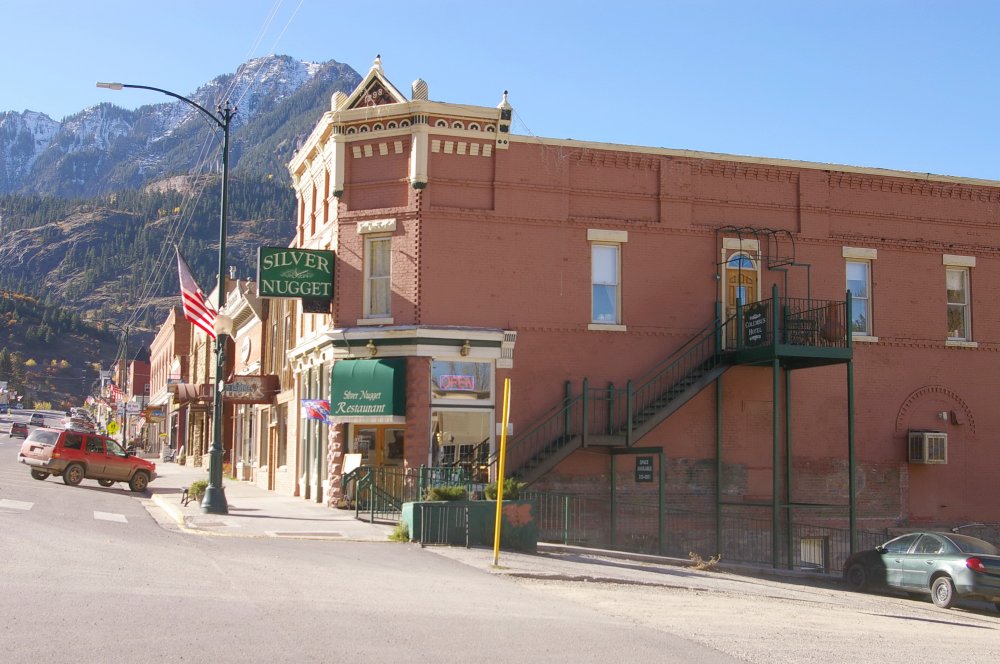 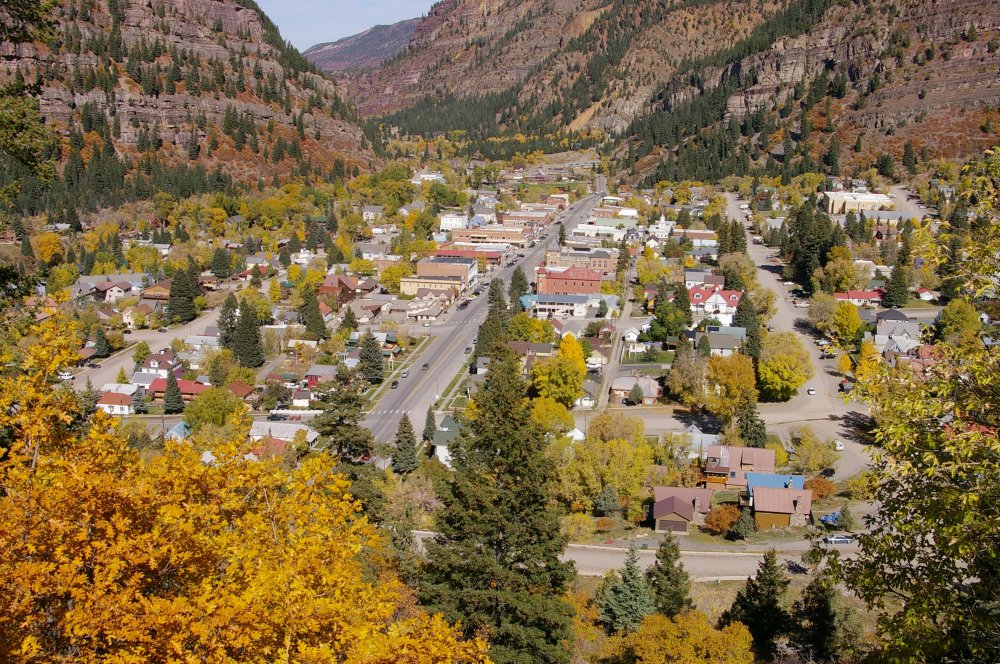 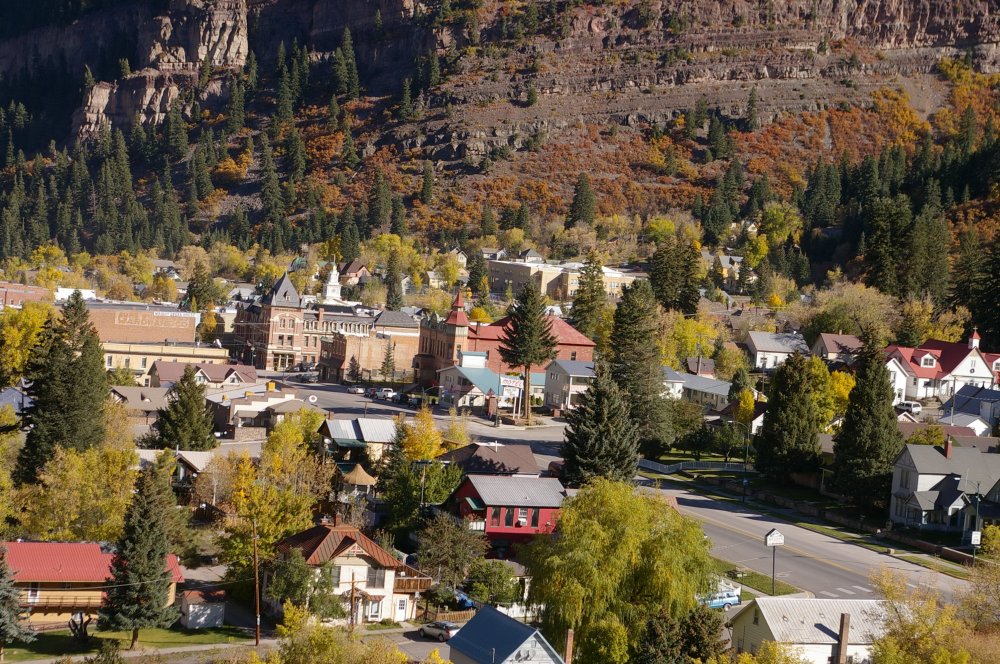