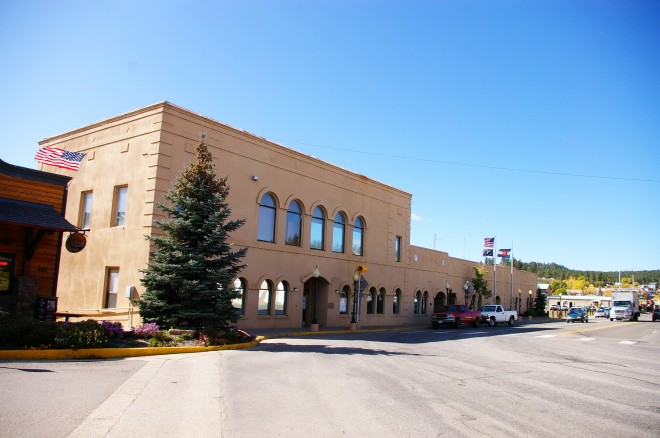 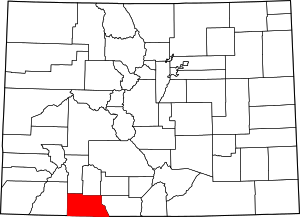 Note:  The courthouse utilizes a geothermal well behind the building. The bid of Martin J Wicklem was accepted at $28,263 on April 6, 1928 for conversion of the First National Bank building..

Note:  The court is now housed at the Cascade Plaza Courthouse at 16 Eaton Drive and Village Drive as the old courthhouse is ckosed for repairs,

History:  The county was created in 1885 and Pagosa Springs was selected as the county seat. The commissioners met in different places until 1886, when they rented space from Devereux. In July of that year, a building was purchased from C D Scase for $310. The building was moved to San Juan Street and became the first courthouse. The second courthouse was built by A H Sanders on San Juan Street in 1893. The courthouse was damaged by fire in 1895 and later repaired. C S Triplett erected a temporary building at a cost of $240 to house the county clerk and treasurer. In 1900 the county rented a building built in 1895 by Frank Blake for business use. In 1927, the county purchased the old First National Bank for $5,000 converting it in 1928 to 1929 for use as the third courthouse. The fourth and present courthouse is located at Cascade Plaza pending a decision on the use of the now closed third courthouse. 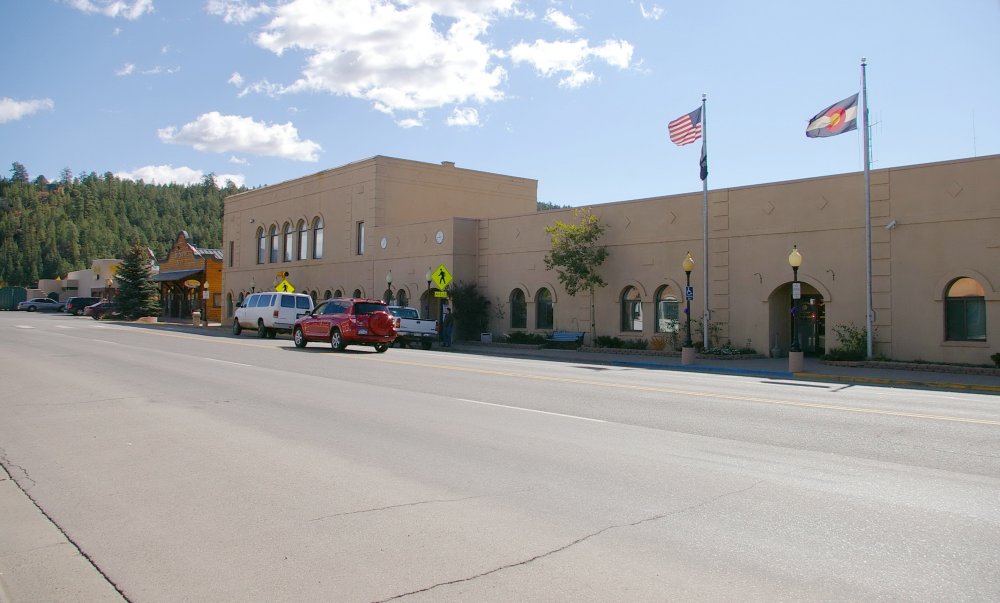 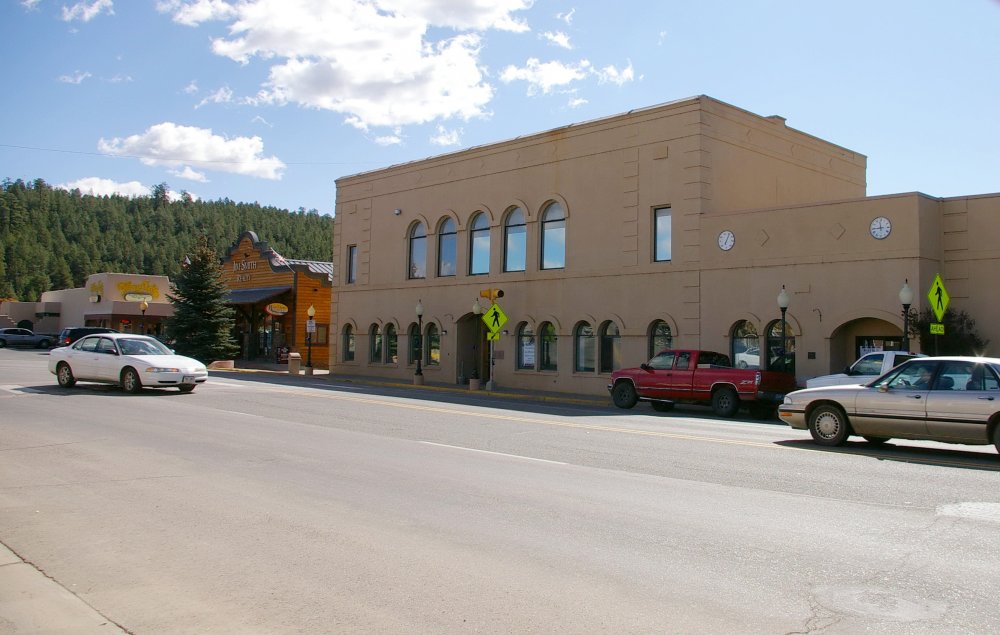 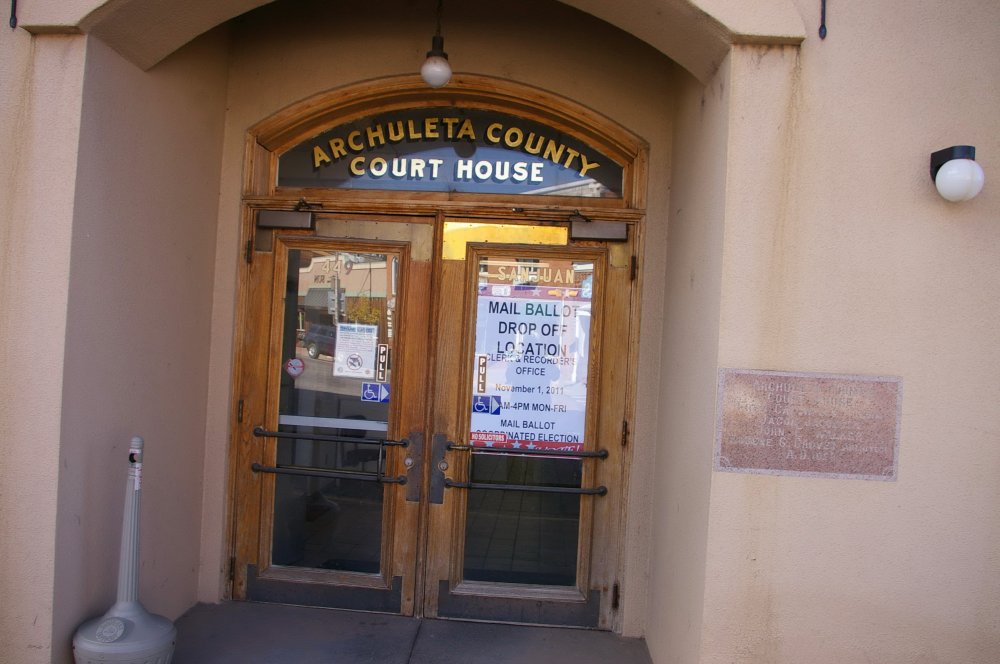