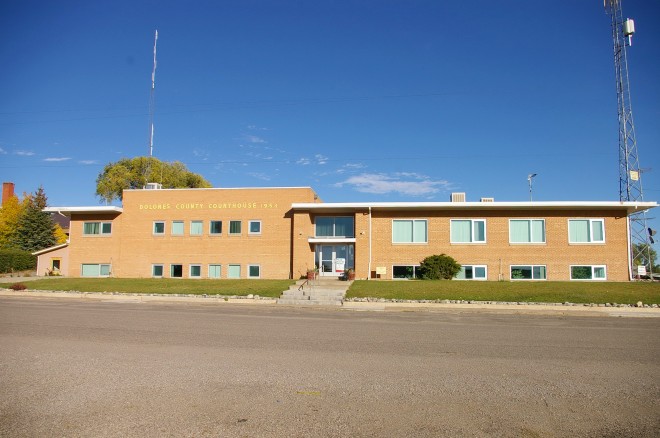 Dolores County is named for the Dolores River, which was named by the Spanish as “Rio de Nuestra Senora de los Dolores” which means “River of our lady of       Sorrows”. 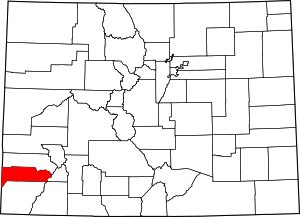 Description: The building faces west and is a two story buff colored brick and concrete structure. The rectangular shaped building is located on landscaped grounds in the center of Dove Creek. The entrance in the center is glass with glass panel on the second story above. The south section is two stories with large windows and the north section is two stories and rises higher. The roof line is flat with projecting eaves. The building houses the District Court and County Court of the 22nd Judicial District.

Description: The building faces west and is a two story brick and wood structure. The building is located on landscaped grounds in the center of Rico. The west front has a projecting central tower with arched entrance on the first story. The building has a raised basement. The roof is hipped with dormers and two peaks with north and south gable ends. The building now serves as the City Hall and Public Library.

Description: The building faces east and is a two story wood frame structure. The building is located on landscaped grounds on the south side of the center of Dove Creek. The east front has a two story porch. The metal roof is hipped with attic and two dormer windows. The house was converted in 1945 into the courthouse and served until 1952. 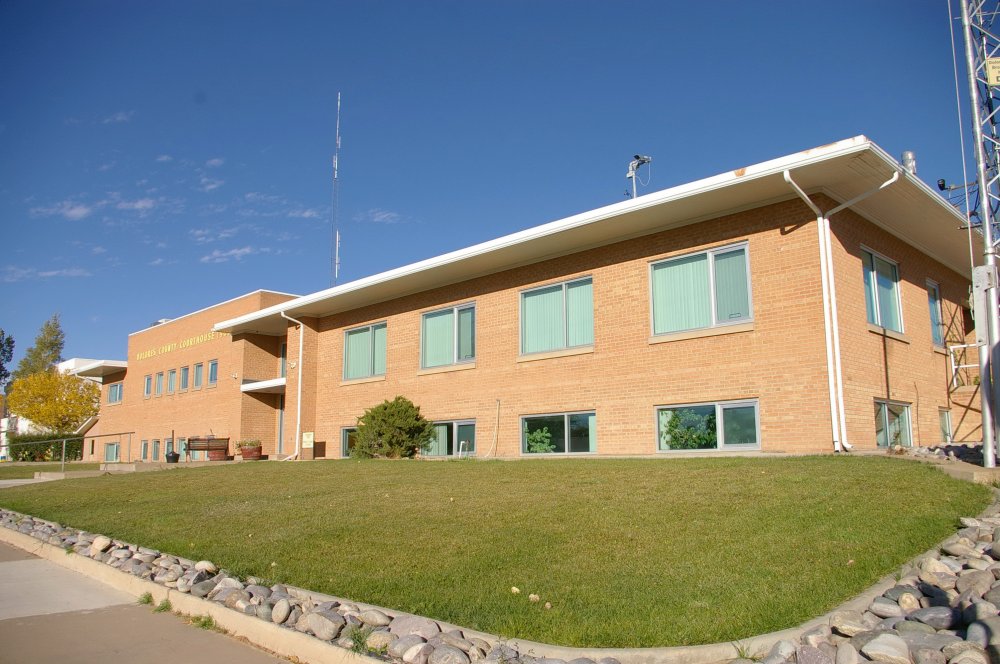 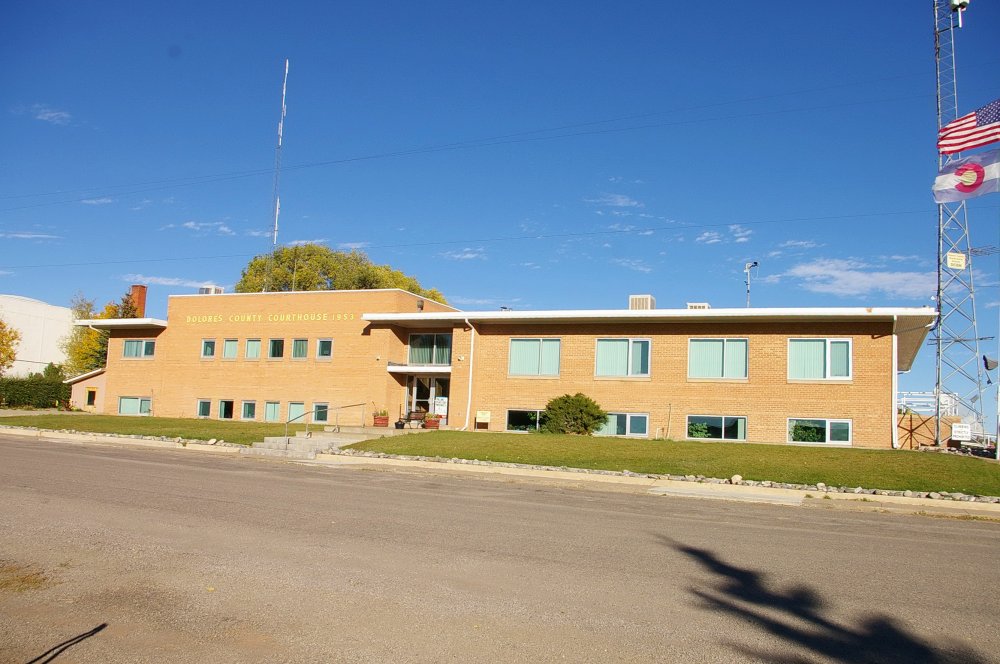