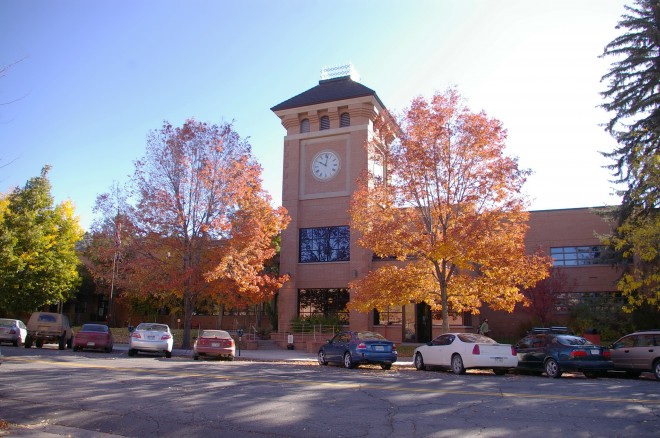 La Plata County is named for the many silver deposits in the area as “la plata” is Spanish for “the silver”. 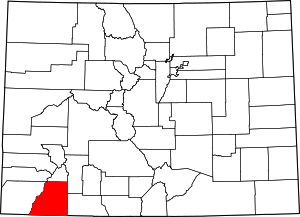 Description: The building faces west and is a two story dark red colored brick and concrete structure. The building is located on landscaped grounds in the center of Durango. The center section has a large square red colored brick clock tower with the original 1892 clock from the old courthouse. The building houses the District Court and County Court of the 6th Judicial District. In 1989 to 1990, the building was remodeled and an addition added. The architect was Caudill Gustafson Ross & Associates Architects PC of Aspen and the contractor was J M Constructors, Inc. of Durango. An addition was constructed in 1994. The architect was Sopris Architecture of Snowmass. 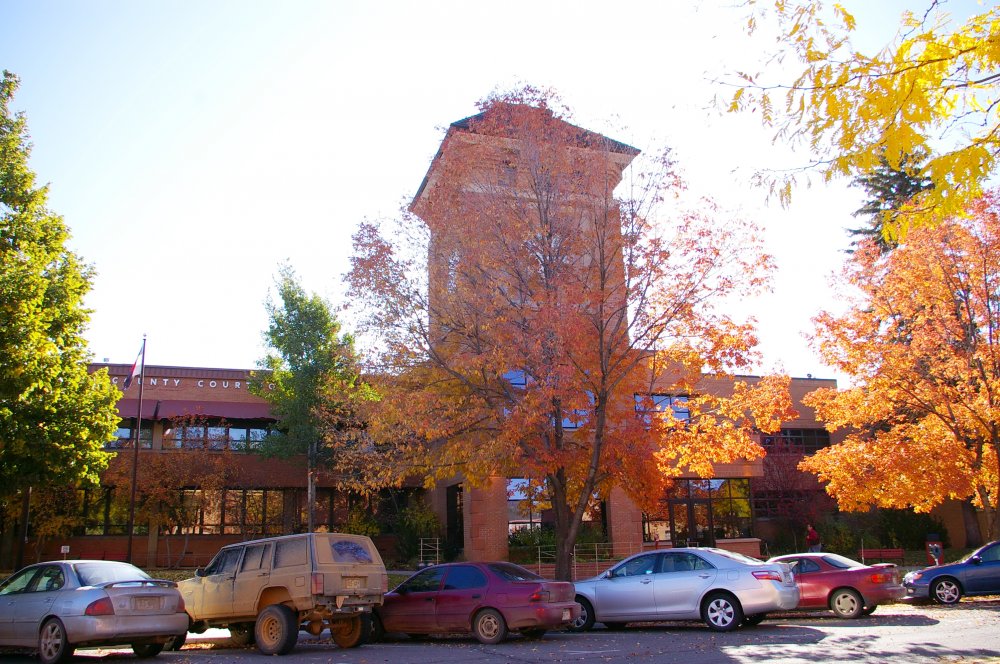 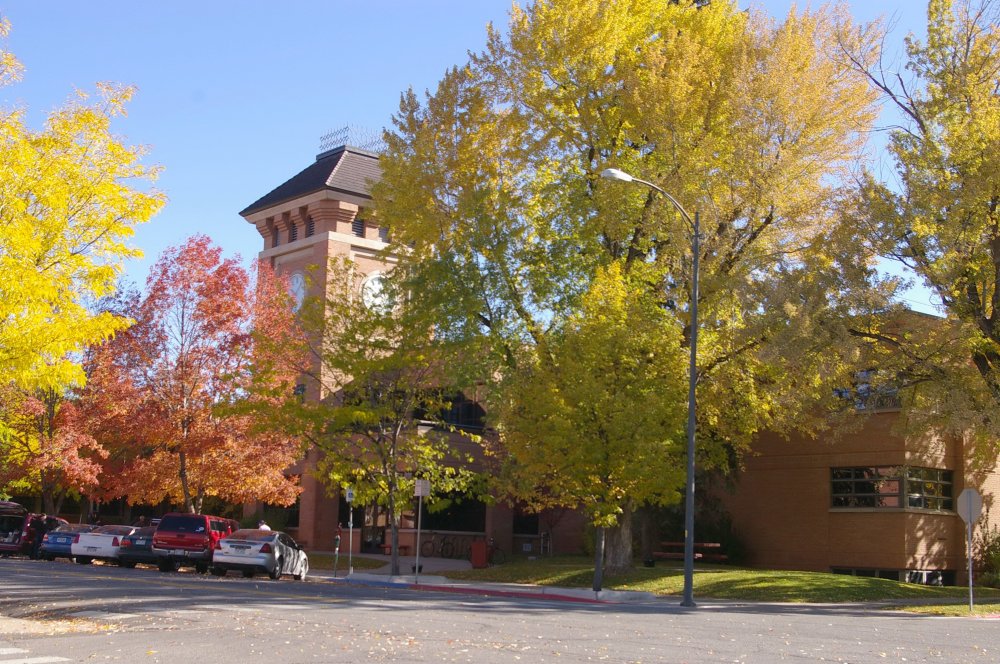 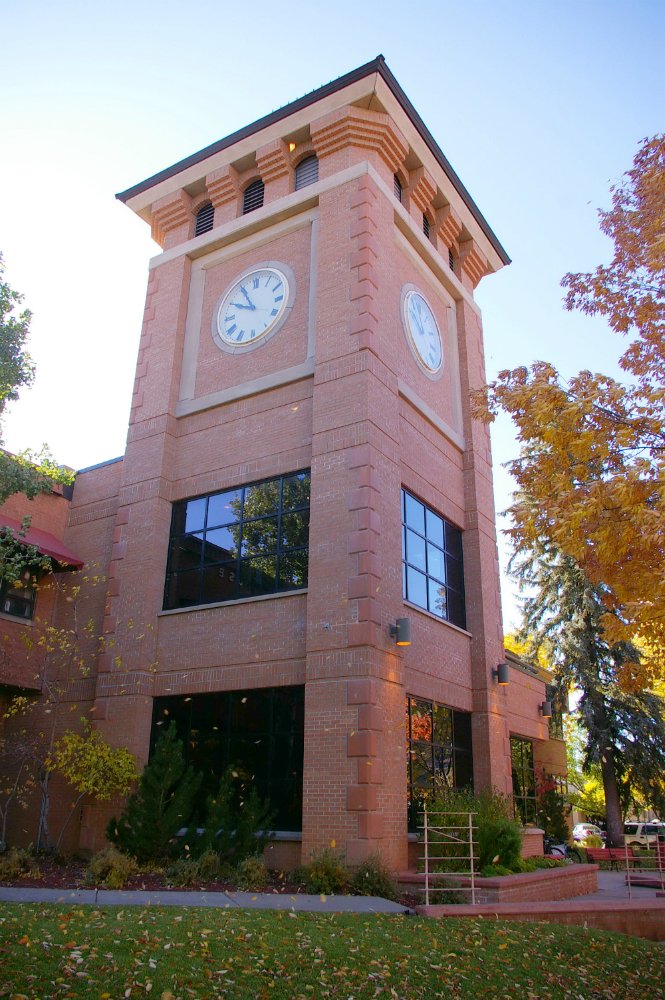 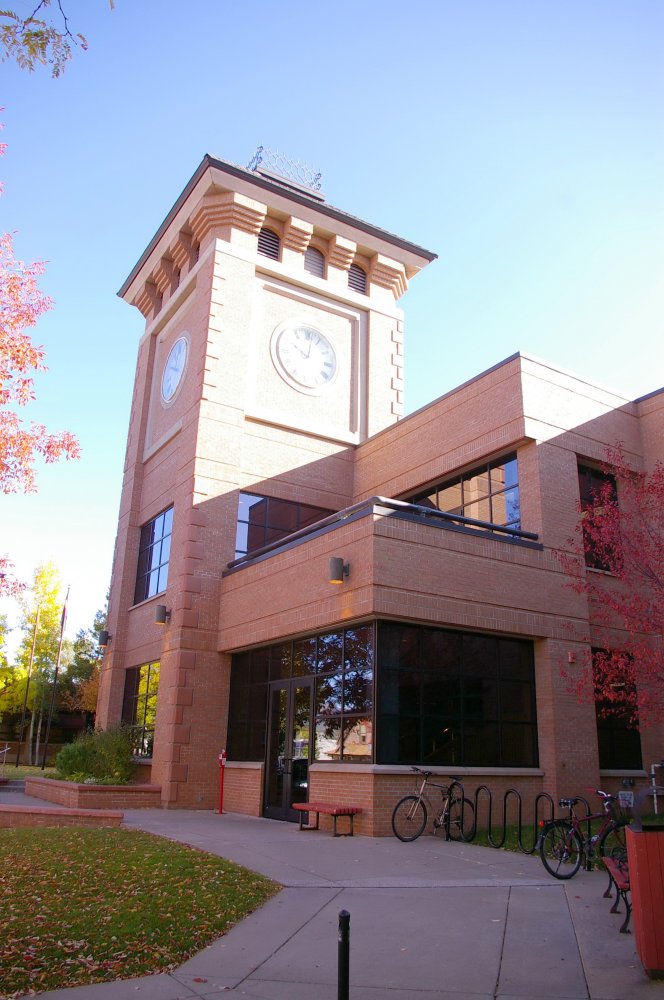 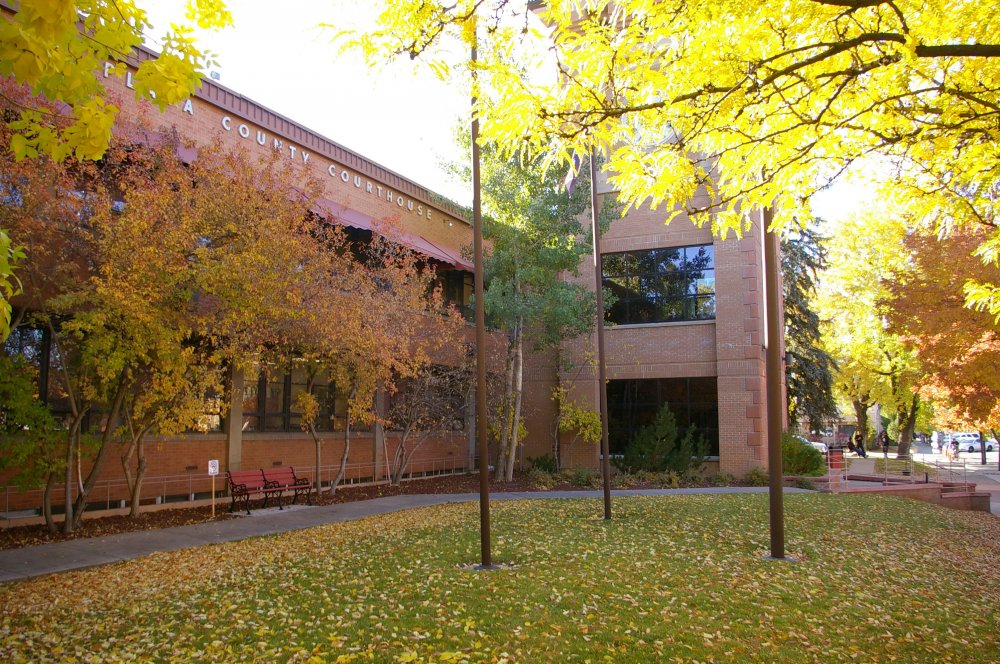 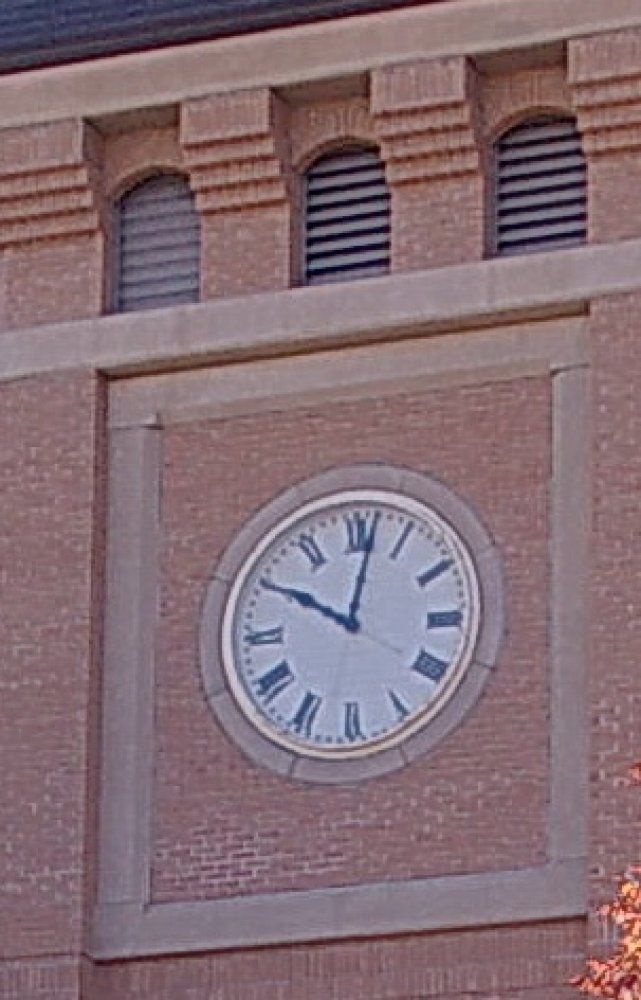 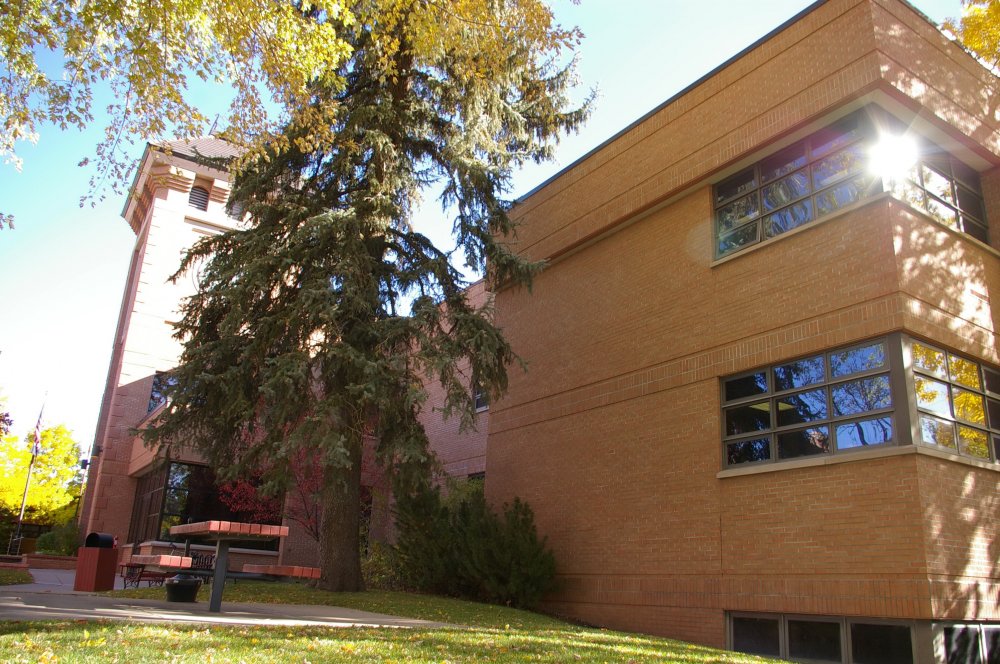 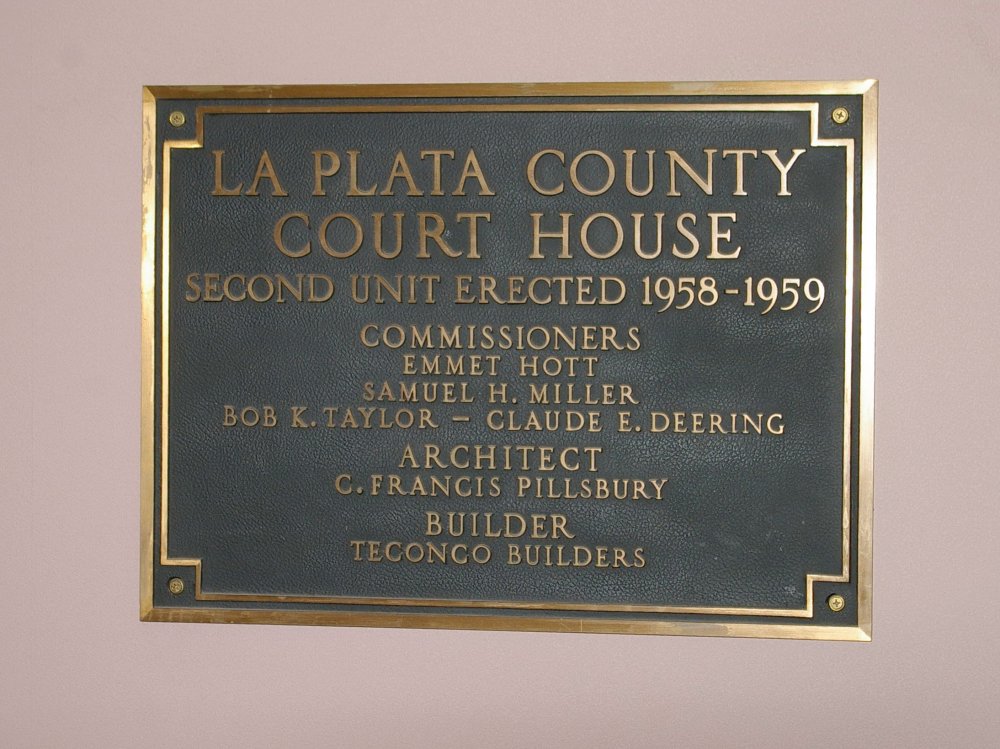 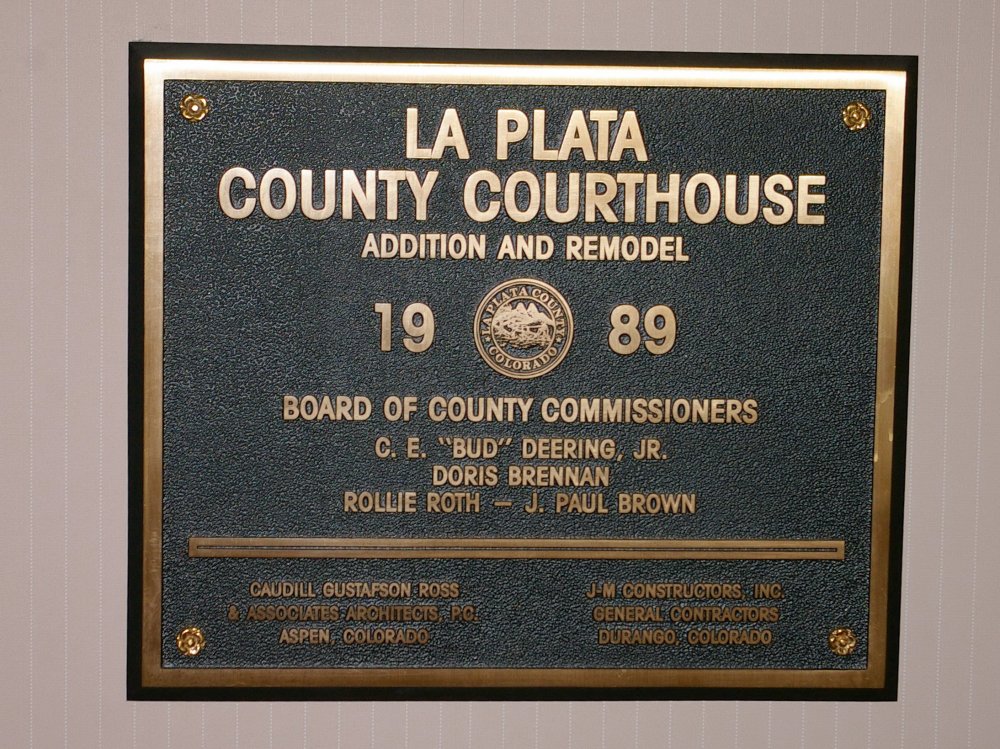 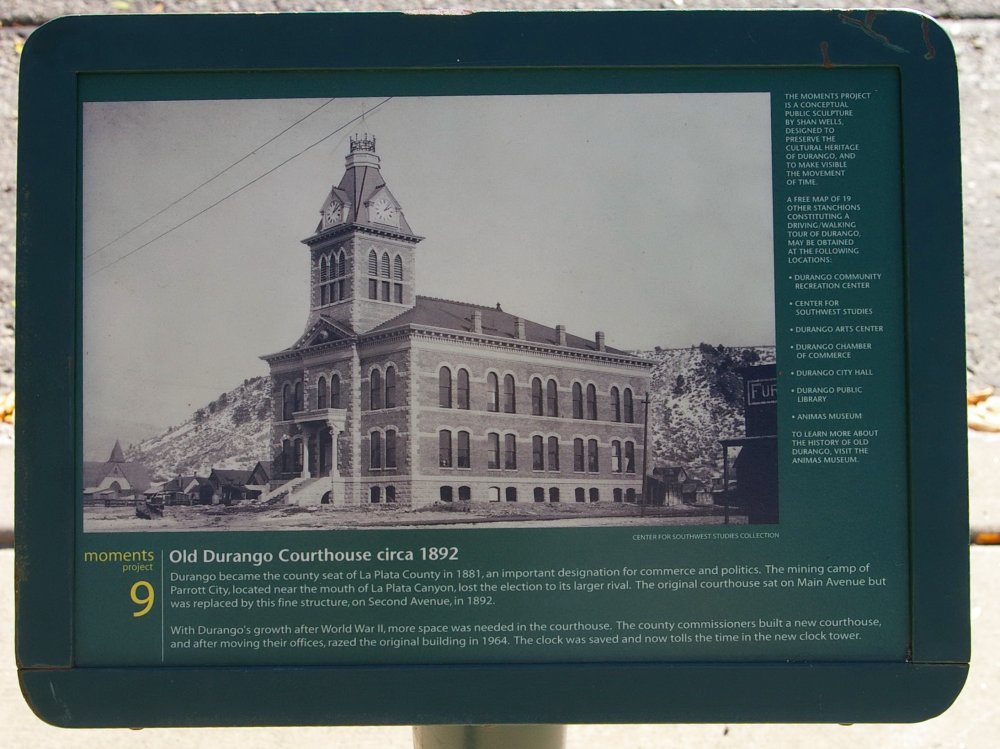