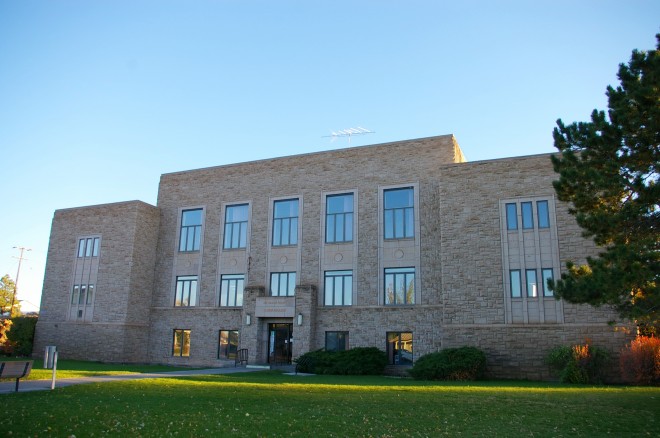 Rio Grande County is named for the Rio Grande which flows through the area. 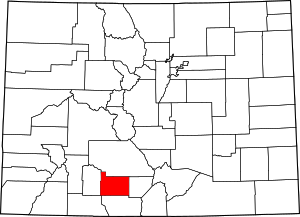 Description: The building  faces north and is a three story dark gray colored stone and concrete structure. The rectangular shaped building is located on landscaped grounds in the center of Del Norte. The building has a raised basement and the east and west sections project from the main building and are lower in height. On the north side, the center section has a recessed entrance on the first story with large windows on the second and third stories. The roof line is flat. The building houses the County District Court and County Court of the 12th Judicial District. The engineer was August Zanoni. On the east side is the County Annex Building and on the south side is the County Jail.

History:  The county was created in 1874 and Del Norte was selected as the county seat. The county used rented premises. The first courthouse was three story brick structure built in 1885. The second and present courthouse was constructed in 1948 to 1949. 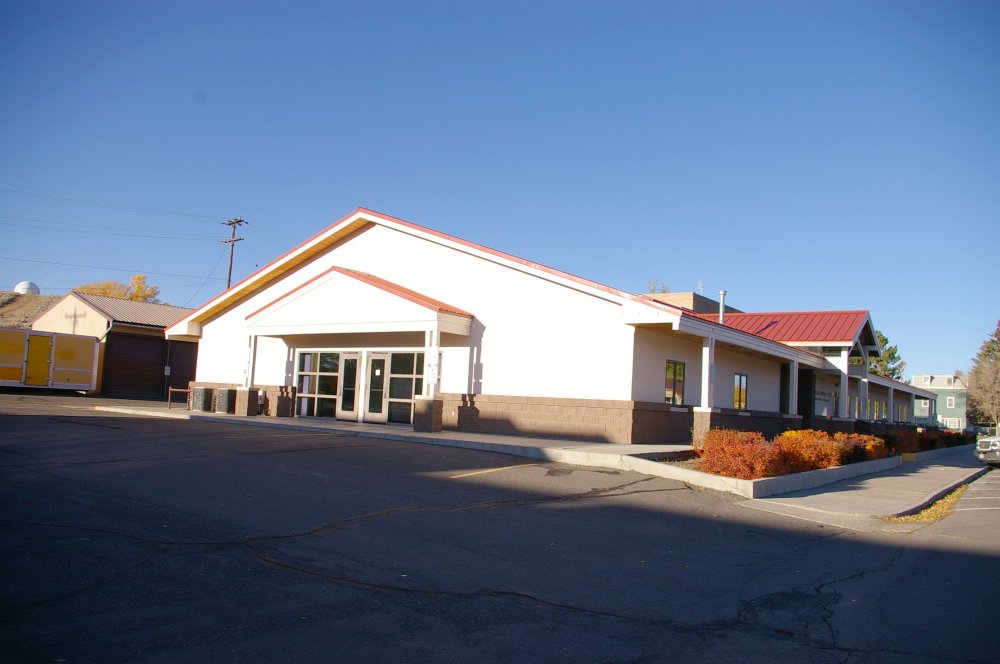 Description: The building  faces north and is a one story white colored stucco and concrete structure. The building is located in the center of Del Norte on the east side of the courthouse. The north front has a central portico at the entrance supported by two pillars. A wide porch extends along the front of the building. The hipped roof is red colored. The building is named as the Rio Grande County Annex. 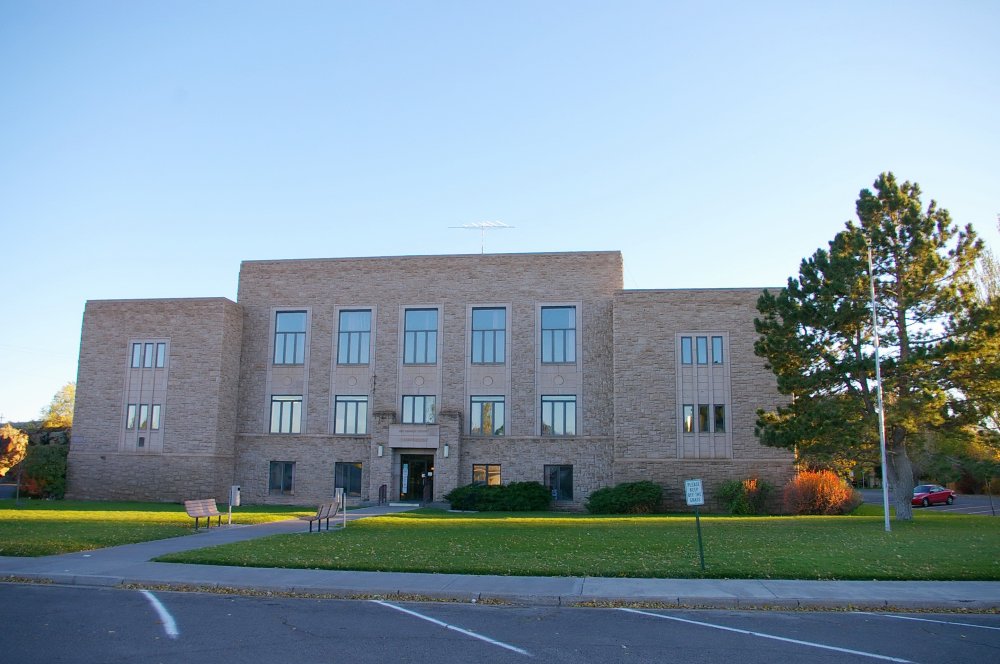 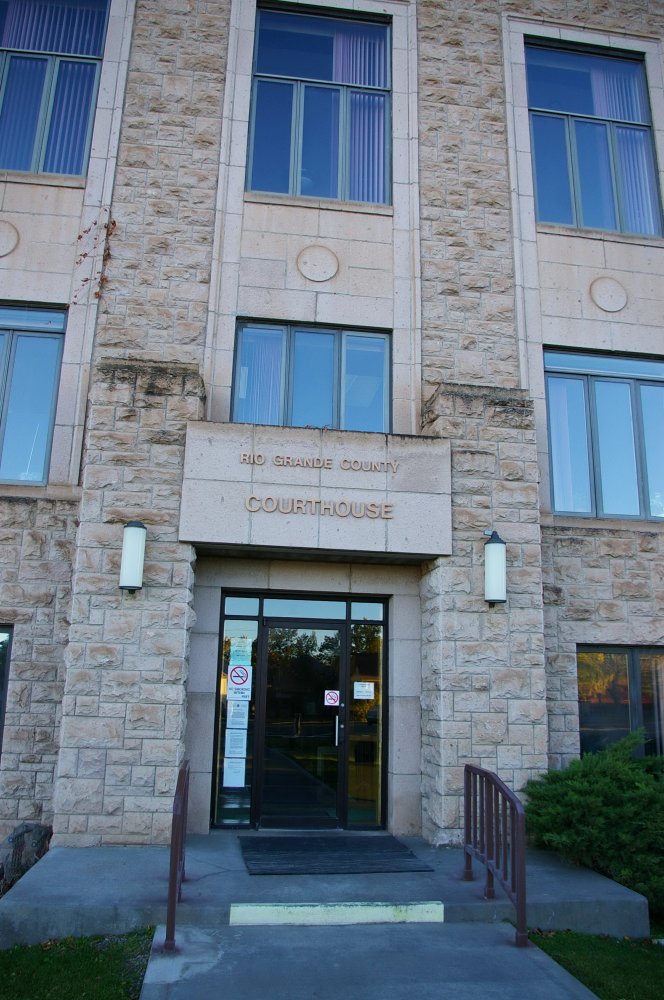 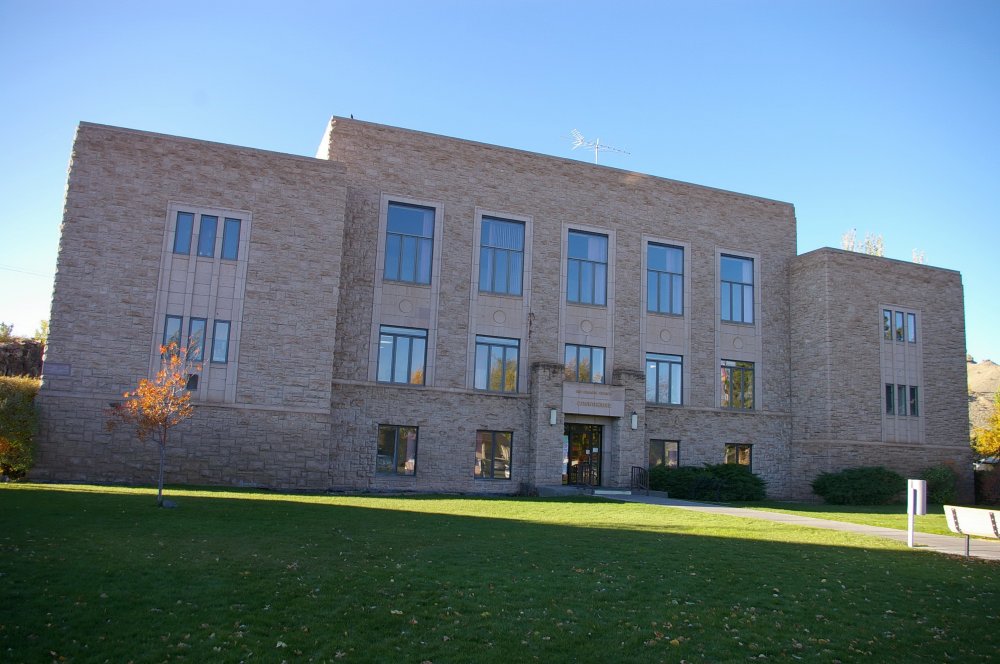 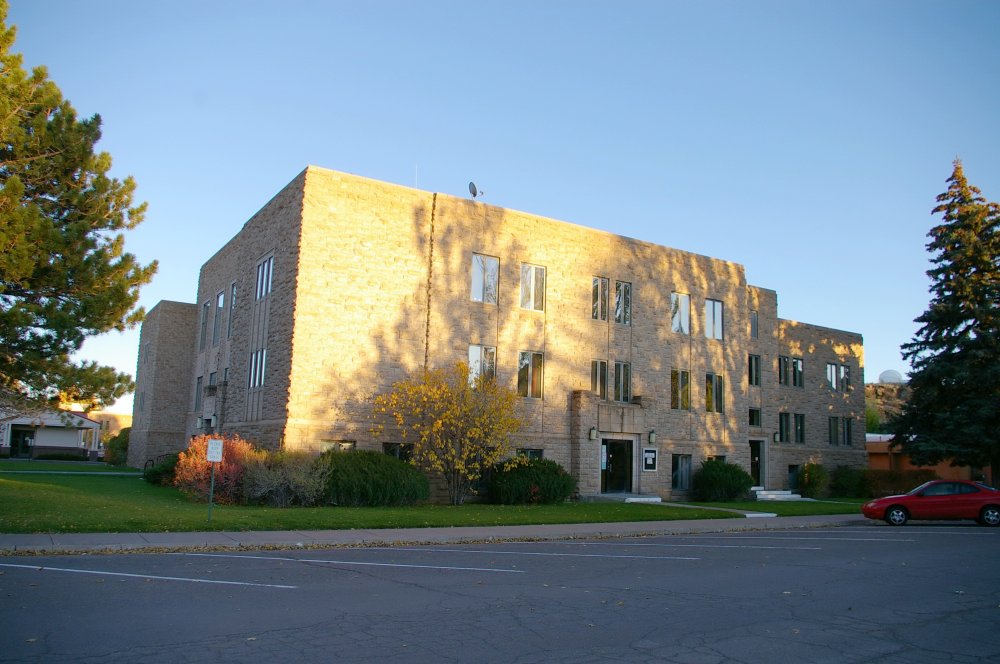 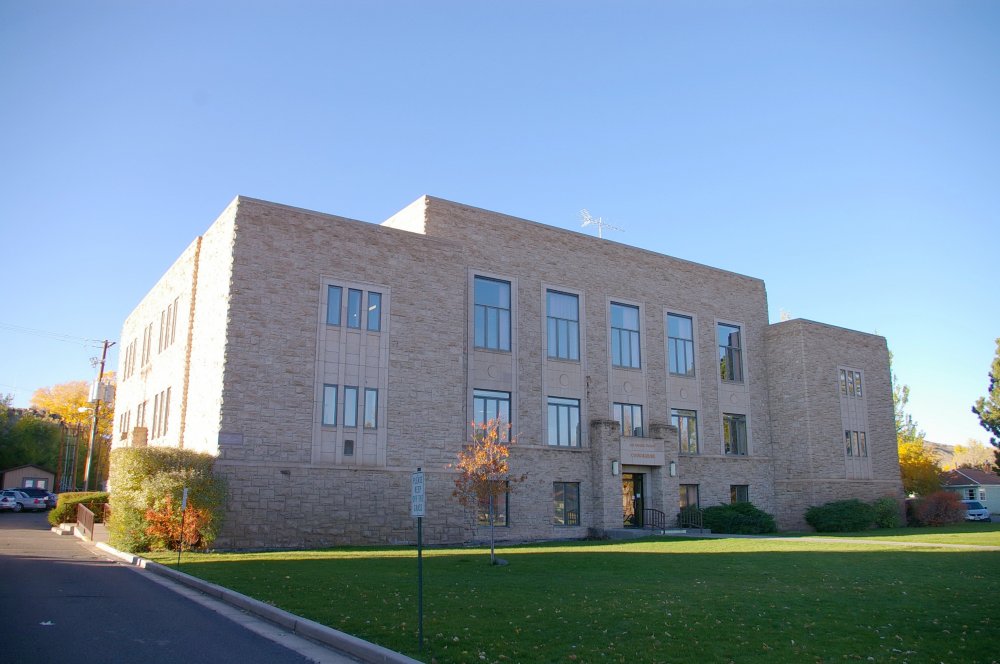 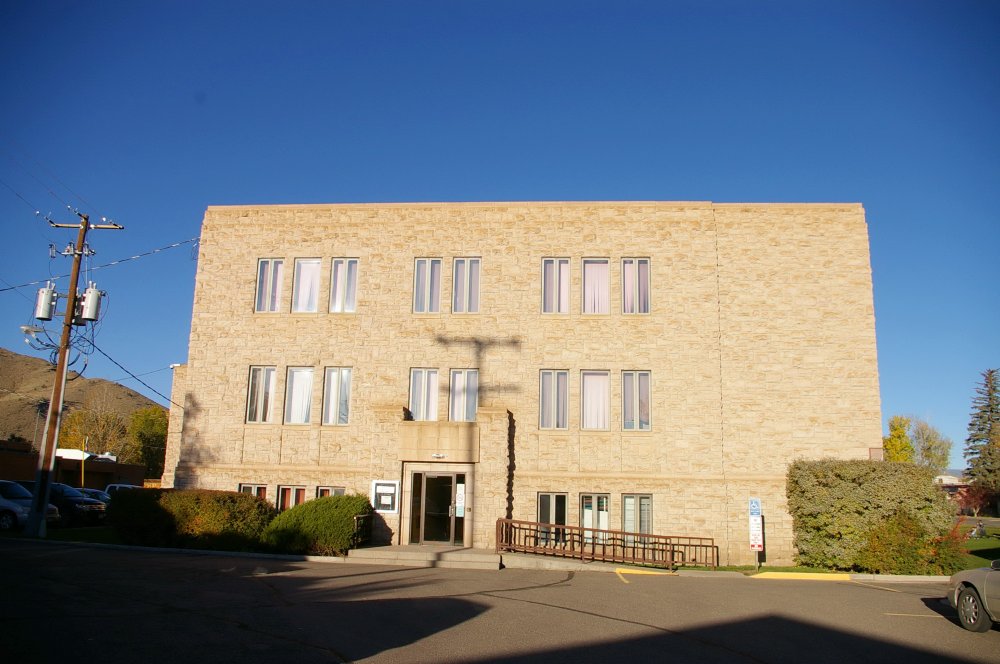 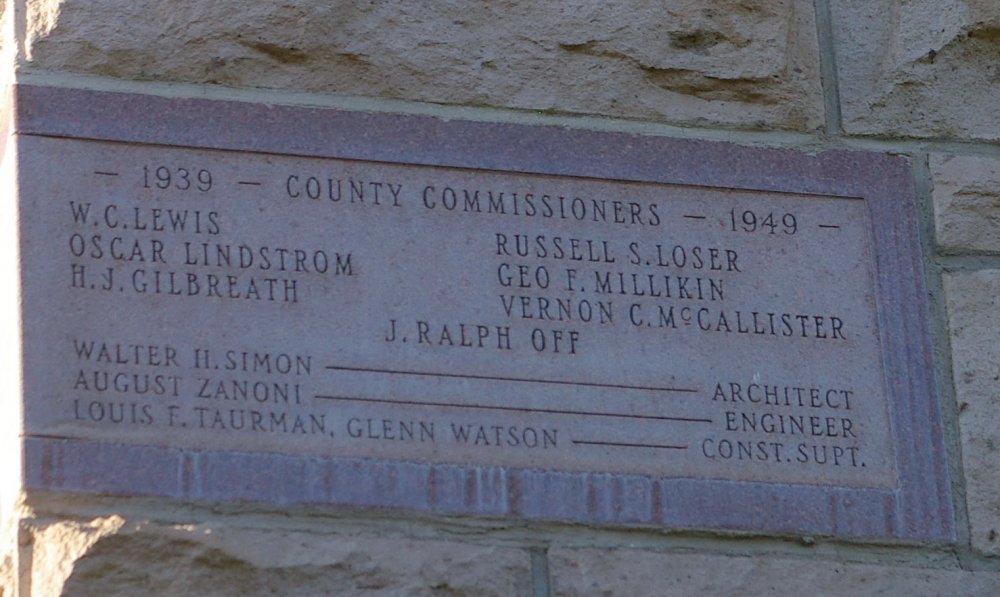 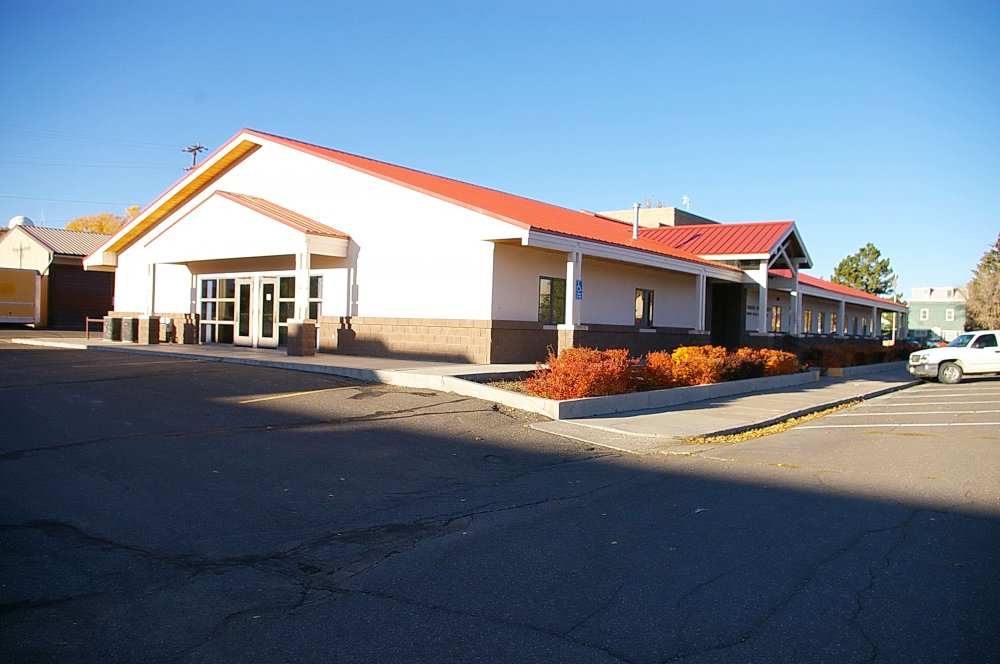 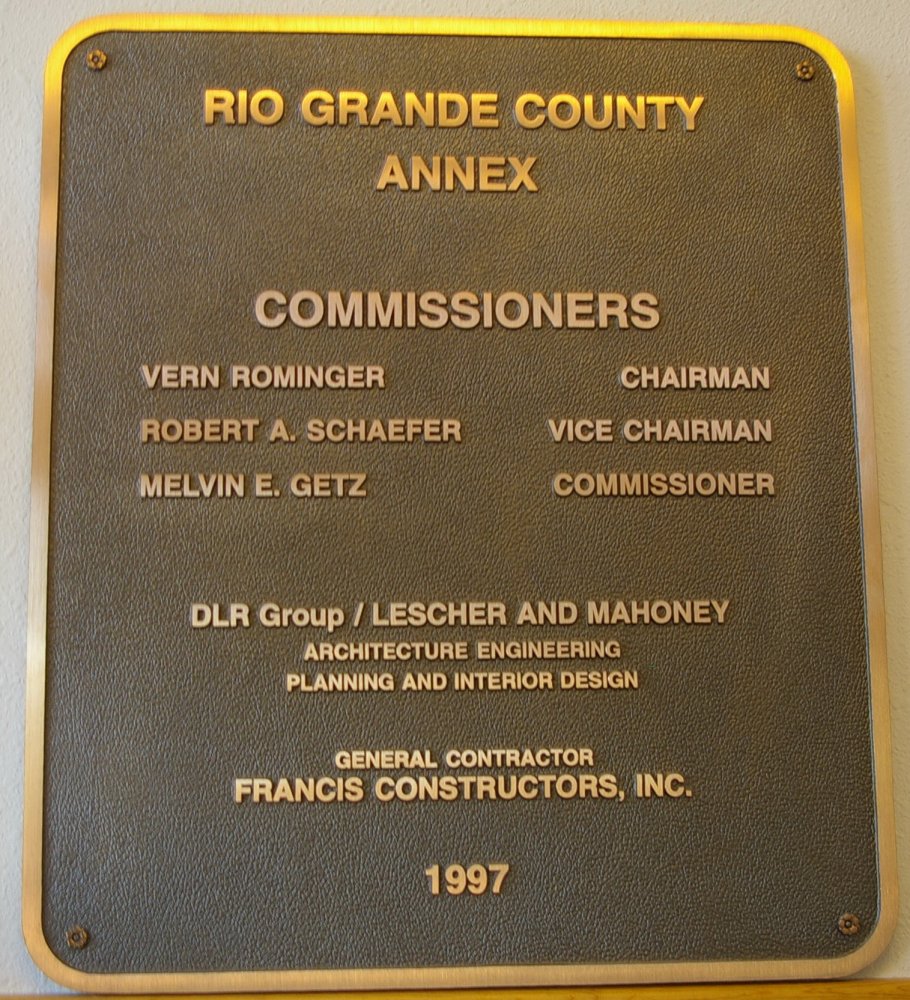