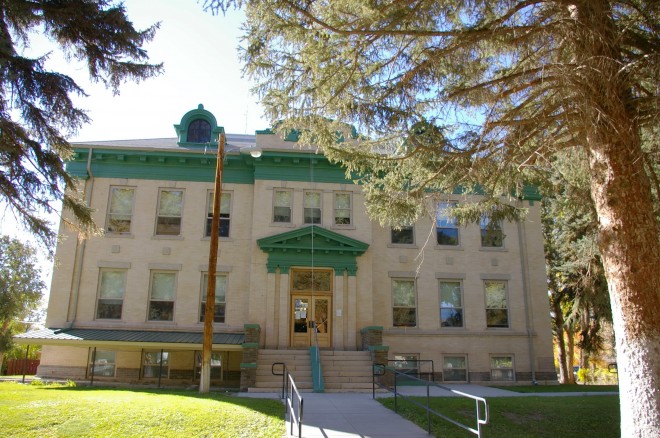 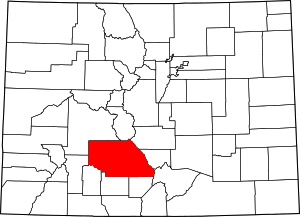 Description: The building faces east and is a  two story buff colored brick, stone and concrete structure. The building is located on landscaped grounds in the center of Saguache. The building has a raised basement. The east front has a slightly protruding center section with entrance on the first story which has a small pediment above. And rises to a curved section above the roof line. There are dormers on the hipped roof. In the interior there is a central lobby on the first story. The courtroom is located on the second story.  The building houses the District Court and County Court of the 12th Judicial District.

Note:  The first courthouse was a plain adobe building that had been owned by Nathaniel Russell and had only two or three rooms.The building served a variety of purposes in the early years. County meetings were held in the building, the rooms on the south were used for judicial proceedings, and rooms on the north held schoolrooms for some students during 1876.

History:  The county was created in 1866 and Saguache was selected as the county seat. The first courthouse was an adobe structure owned by Nathaniel Russell. The second courthouse was built by John Farrington in 1881 to 1881 and was destroyed by fire on March 2, 1910. The third and present courthouse was constructed in 1910 to 1911 at a cost of $36,110. 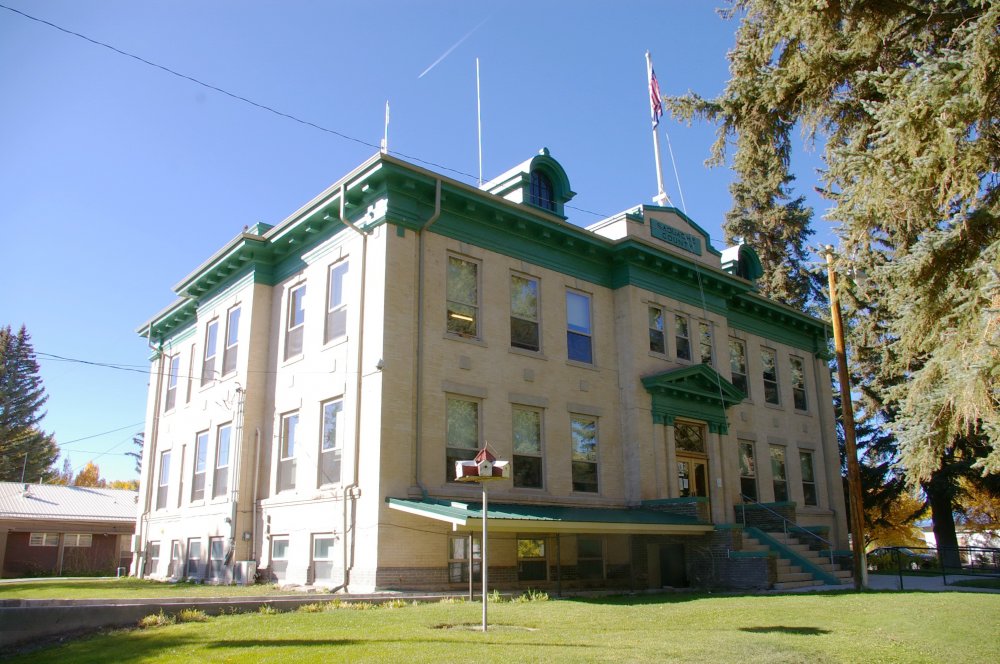 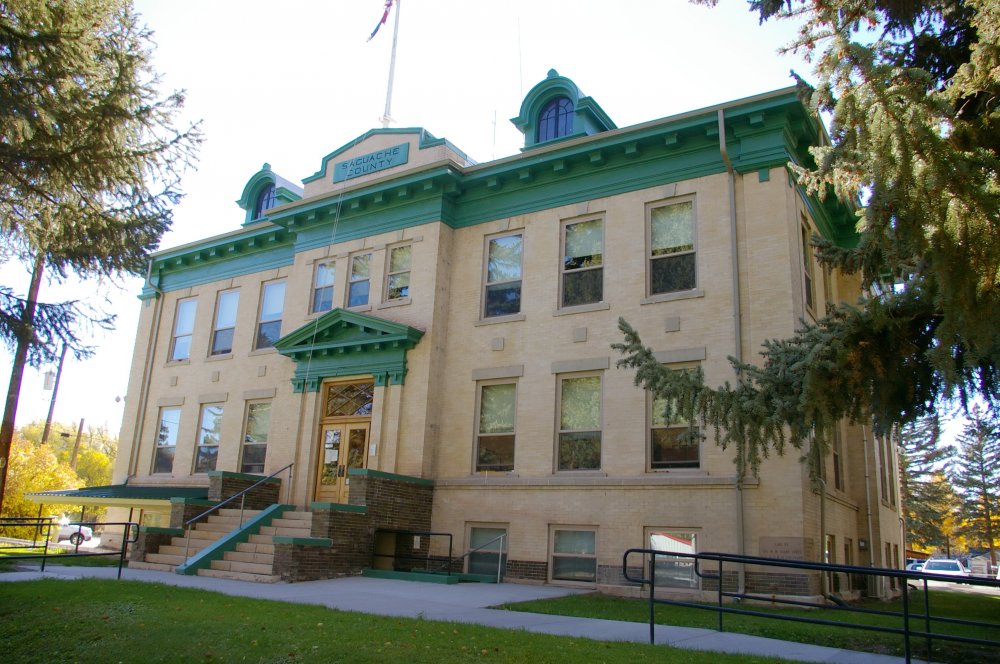 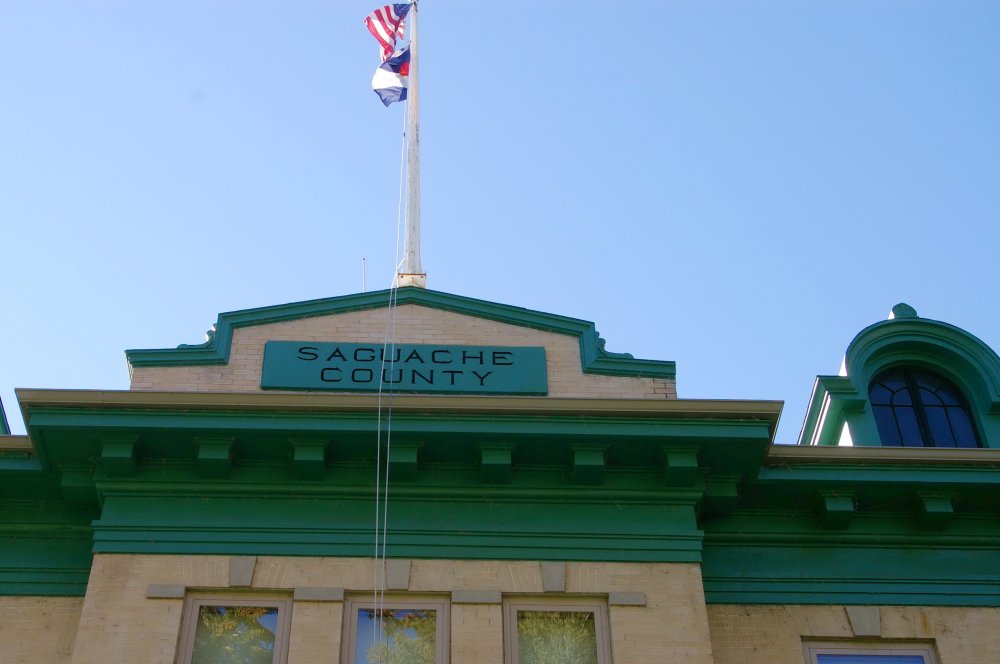 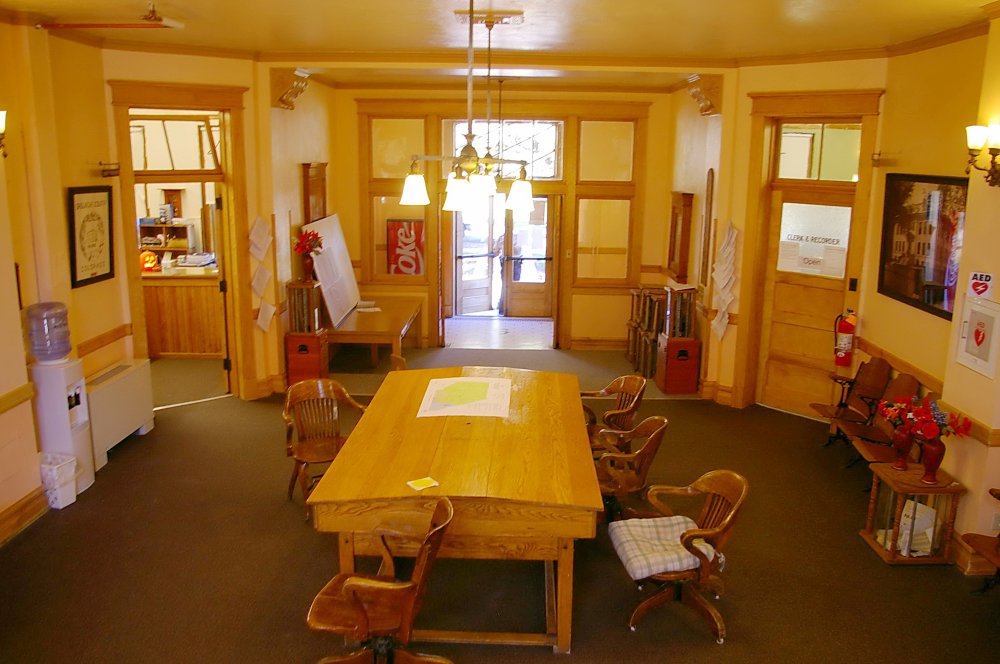 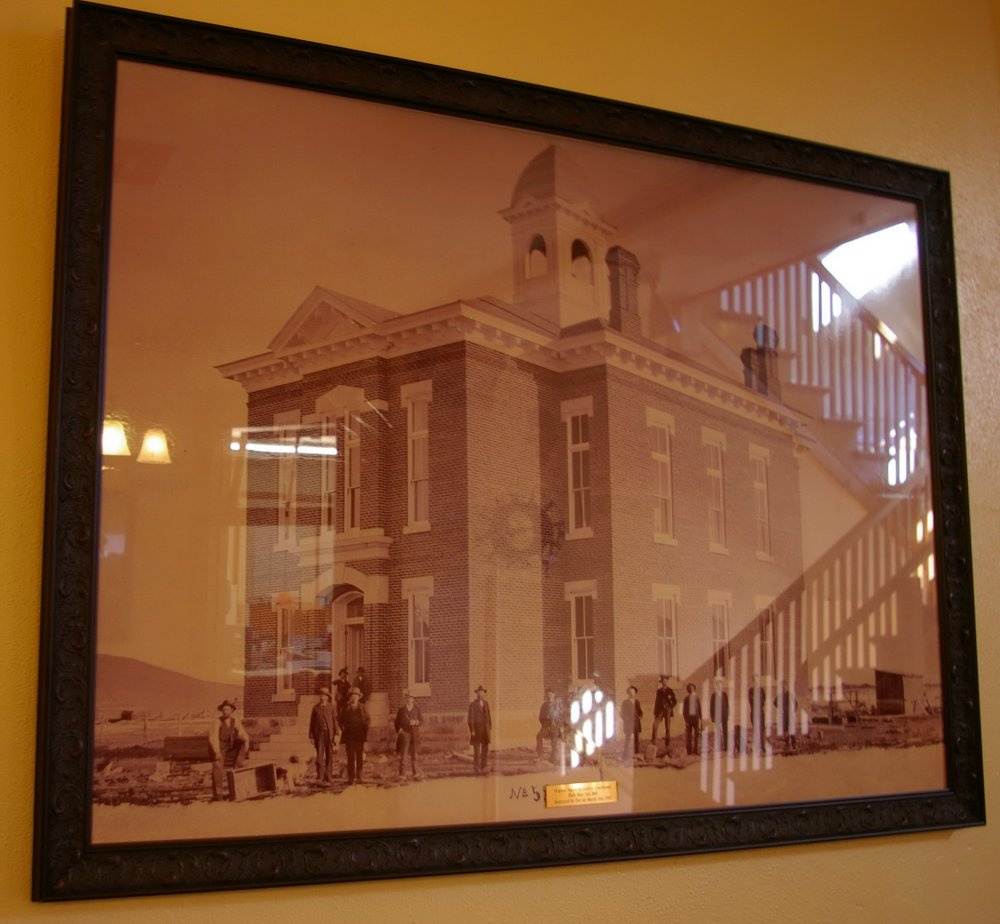 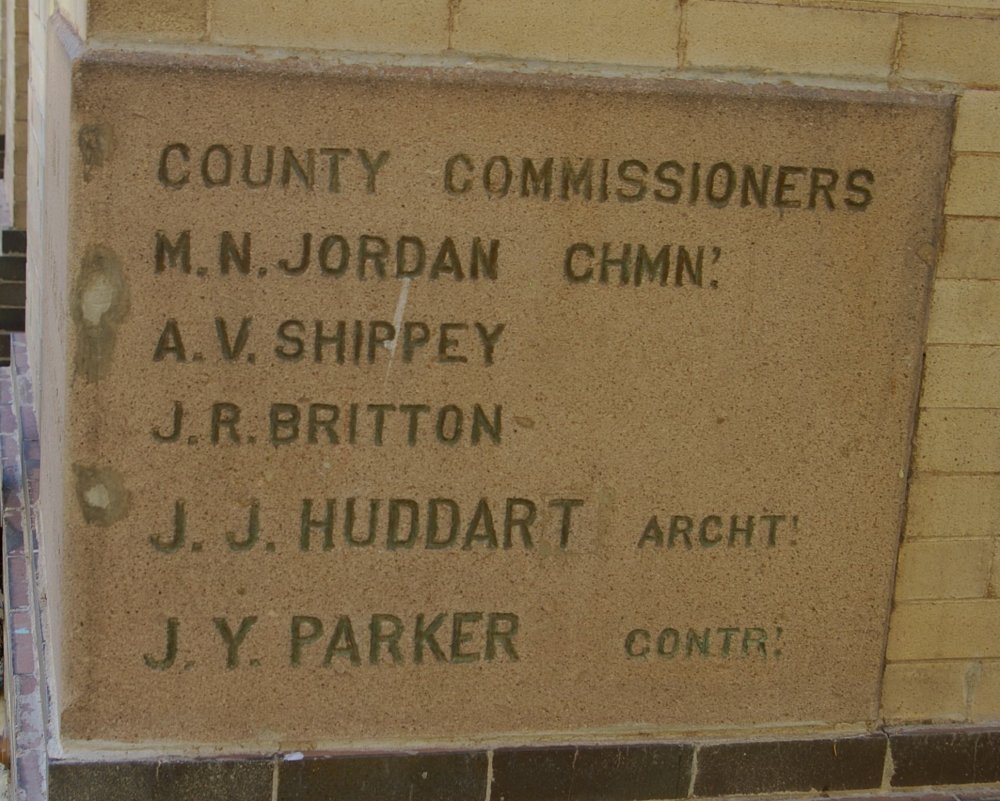 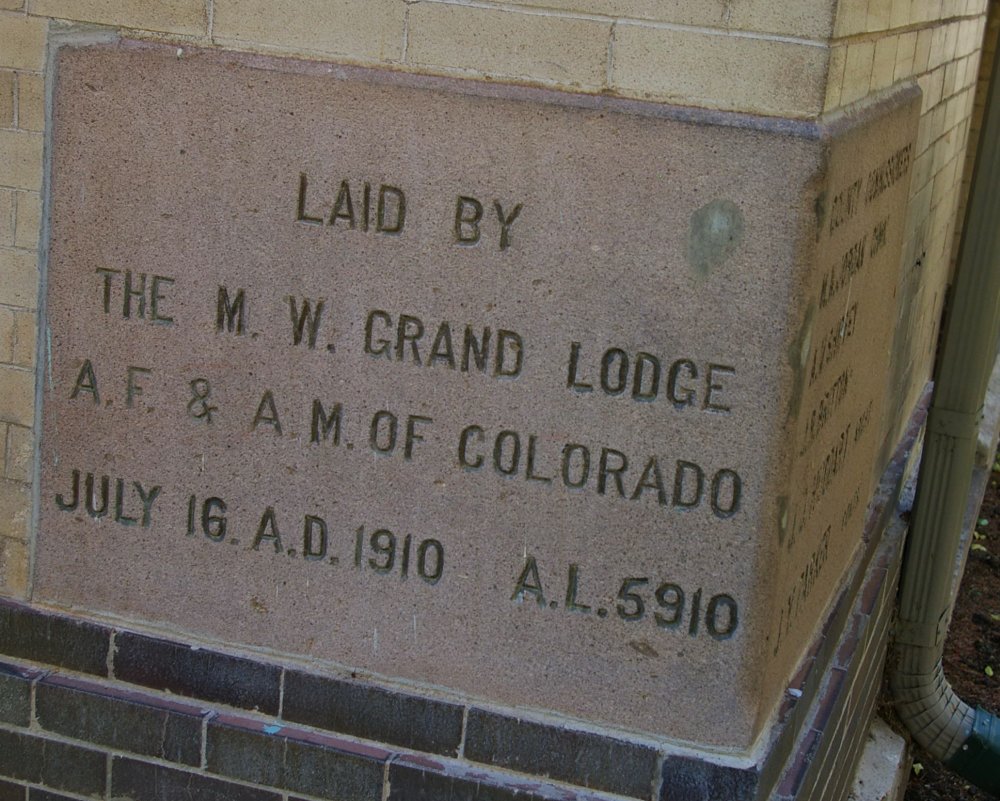