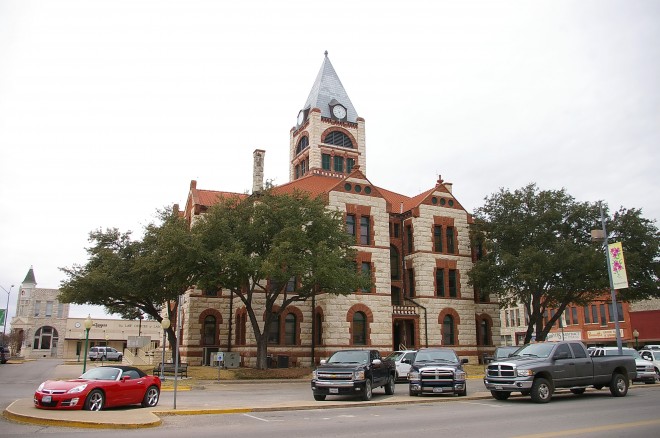 Erath County is named for George Bernard Erath, who was an early surveyor and a soldier at the Battle of San Jacinto. 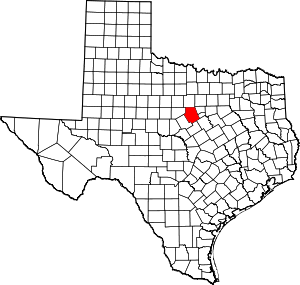 Description:  The building faces northeast and is a three story red colored sandstone structure. The building is located on the landscaped grounds of the Courthouse Square in the center of Stephenville. The building is constructed of Pecos red colored sandstone and cream colored limestone. On each side of the building are peaked gable roofs. The windows are arched and trimmed with red sandstone. The tower extends to a height of 95 feet with a clock and steep roof at the top. The interior has a wrought iron staircase, plaster walls and marble tiles of contrasting pink and gray colors laid in checkerboard patterns. The intersecting halls on the first story divide the first floor space into four major areas and the tower walls extend upwards through the center of the building creating an atrium open to the second and third stories. Iron staircases on the east and west sides of the building provide access to the upper levels. The District Court courtroom occupies the south side of the building on the second and third floors. This courtroom features a high ceiling that arches above to the third story balcony. The building houses the Constitutional County Court and County Court at Law. The building was renovated in 1988. The architect was Huckabee & Donham of Stephenville and the contractor was Ray J Miller Construction Company Inc. of Maridian. 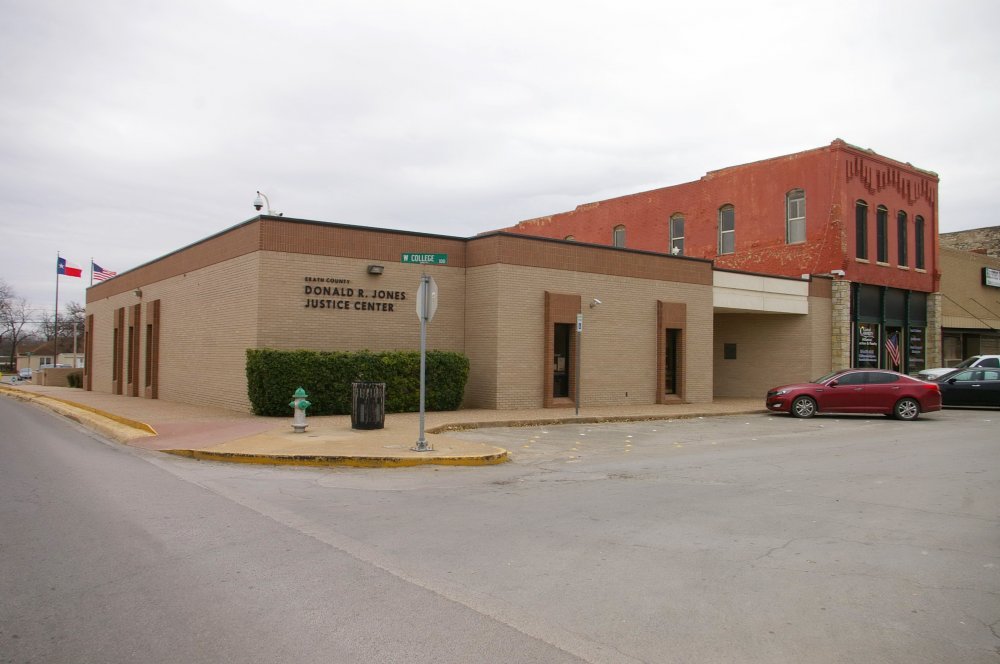 Description:  The building faces northwest and is a one story buff colored brick and concrete structure. The building is located in the center of Stephenville on the north side of the courthouse. The center section along the front, projects with the recessed entrance on the south side. The windows are vertical and a brown colored band runs along the flat roof line. The building houses the State District Court and County Justice Court. The building is named as the Donald R Tones Justice Center. 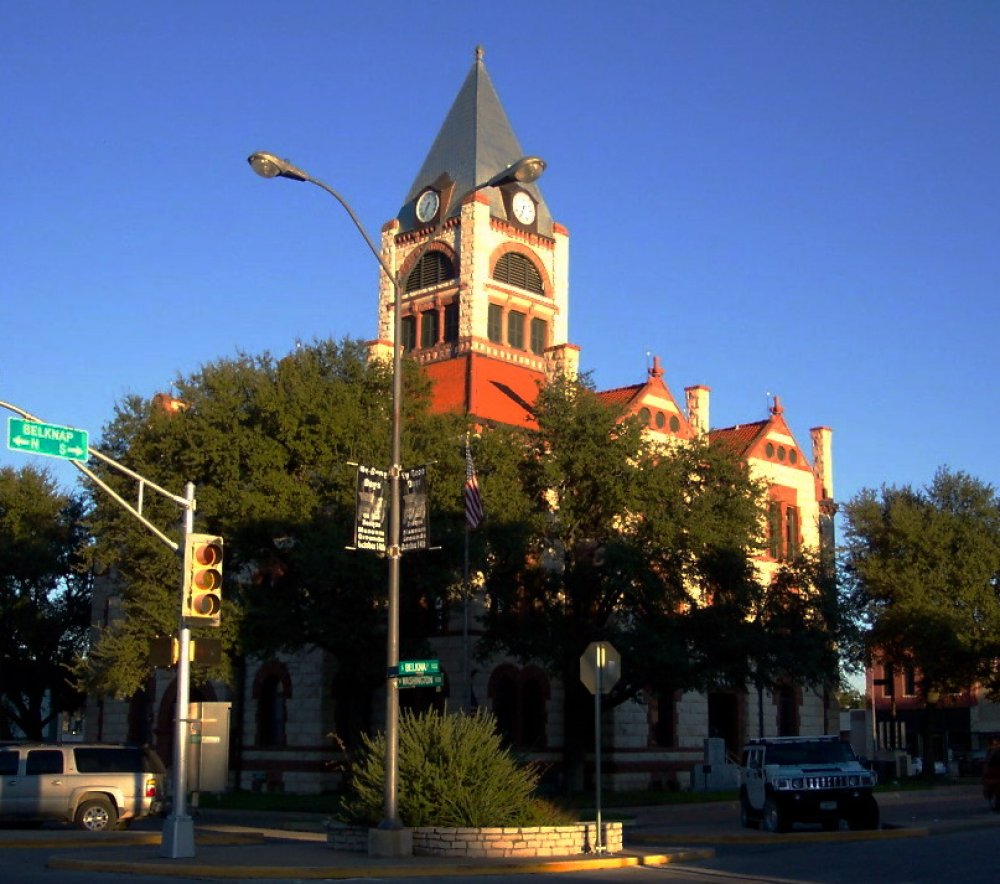 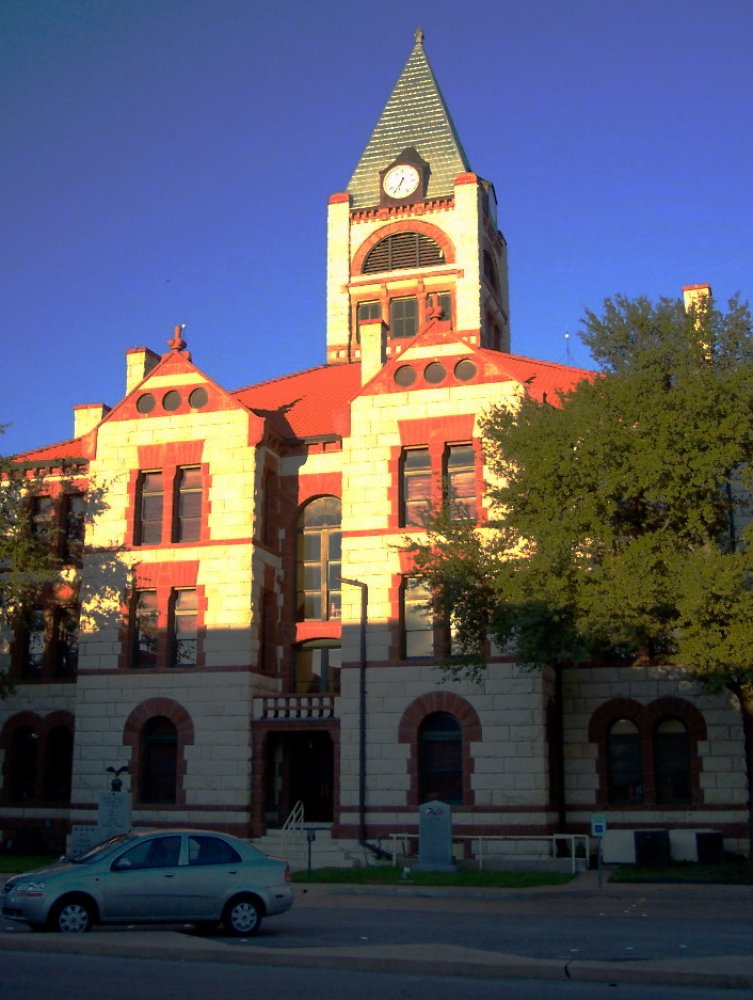 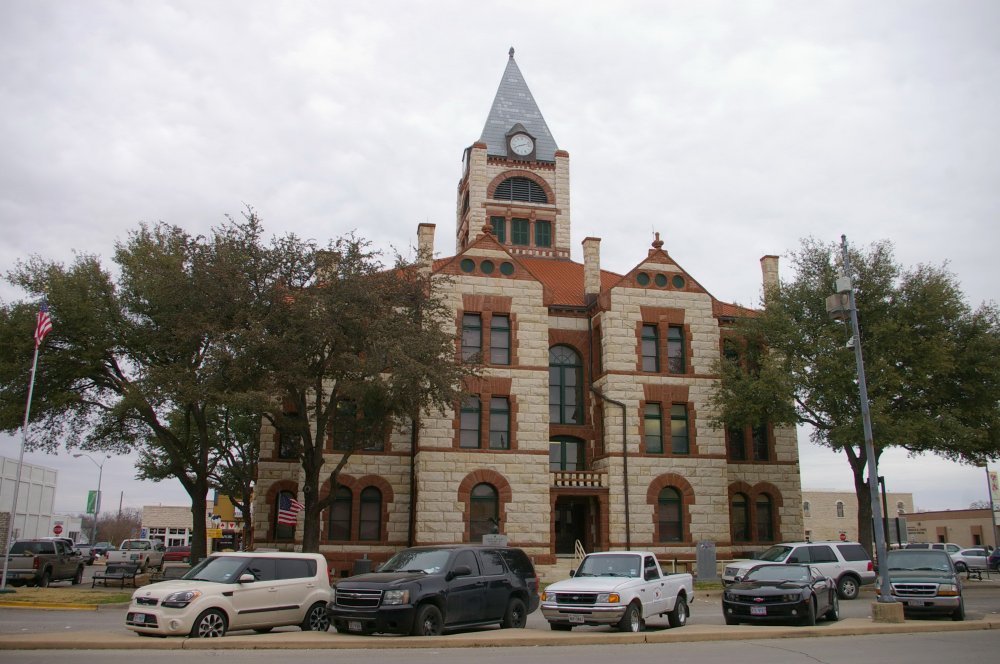 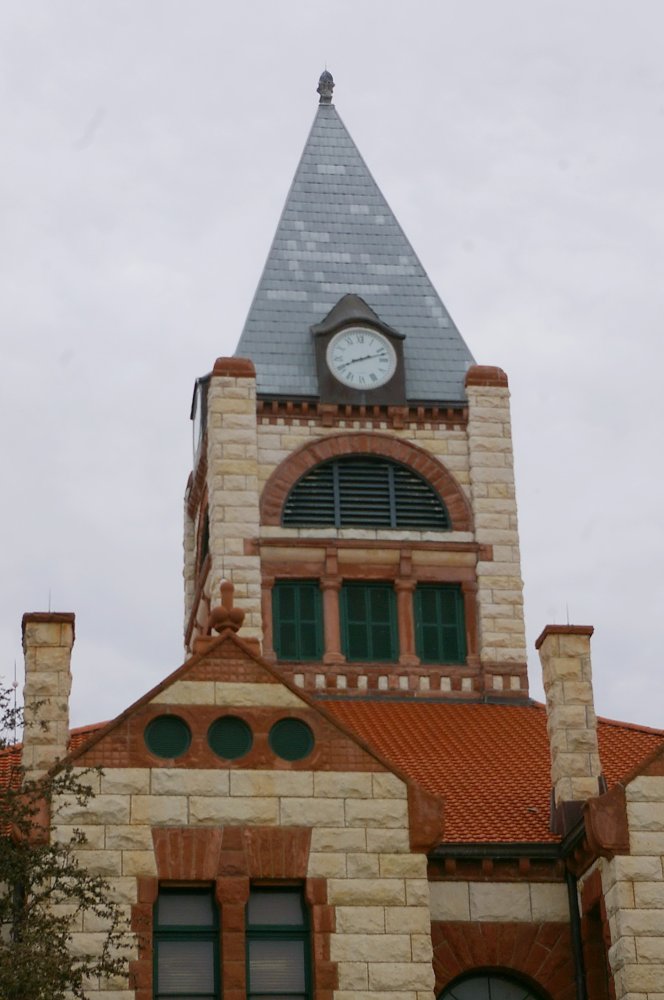 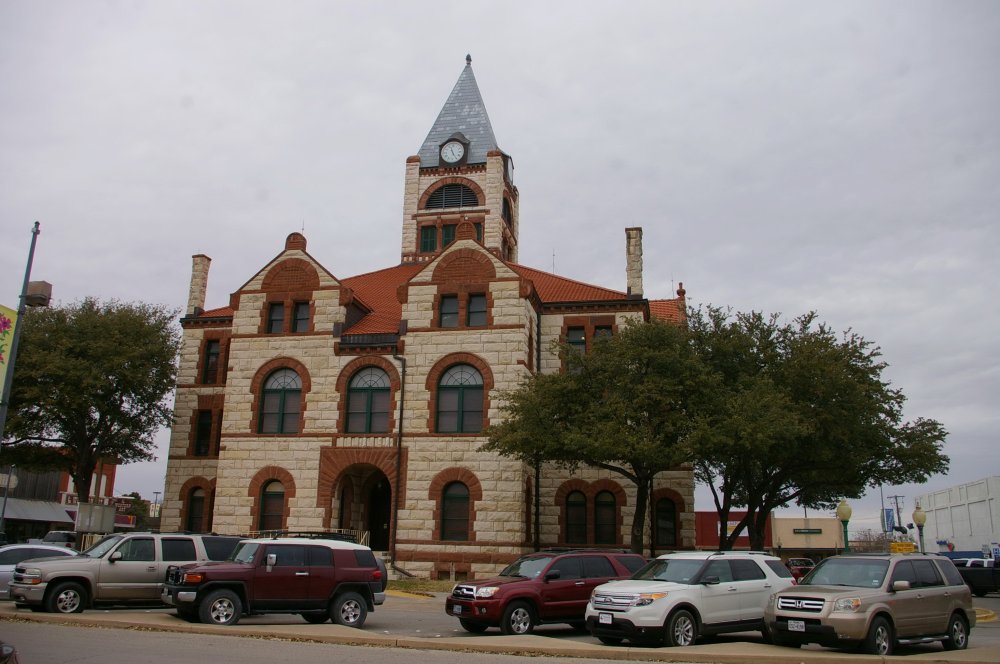 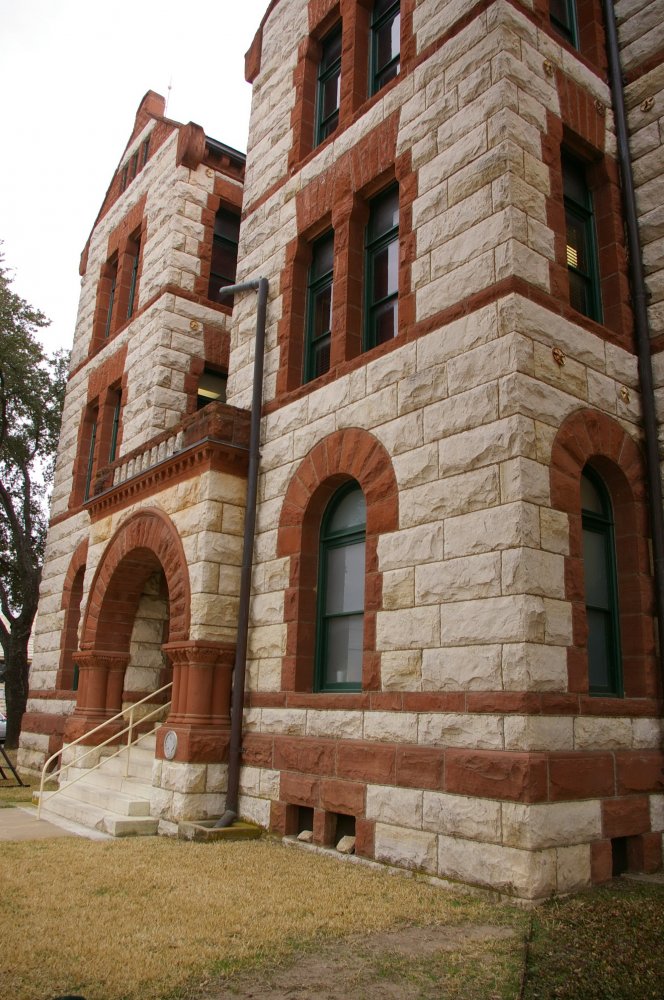 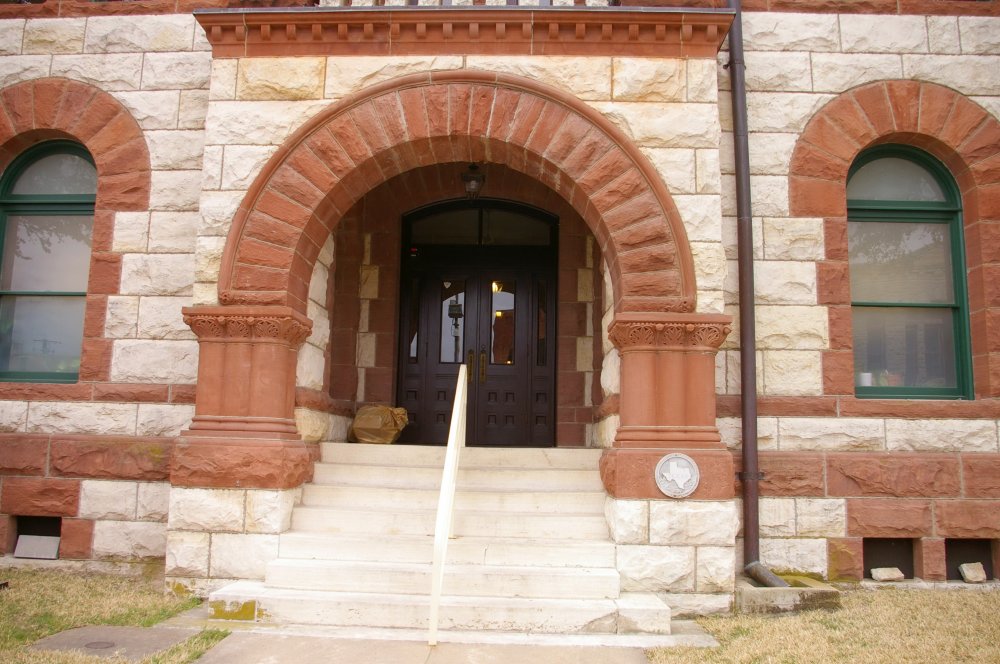 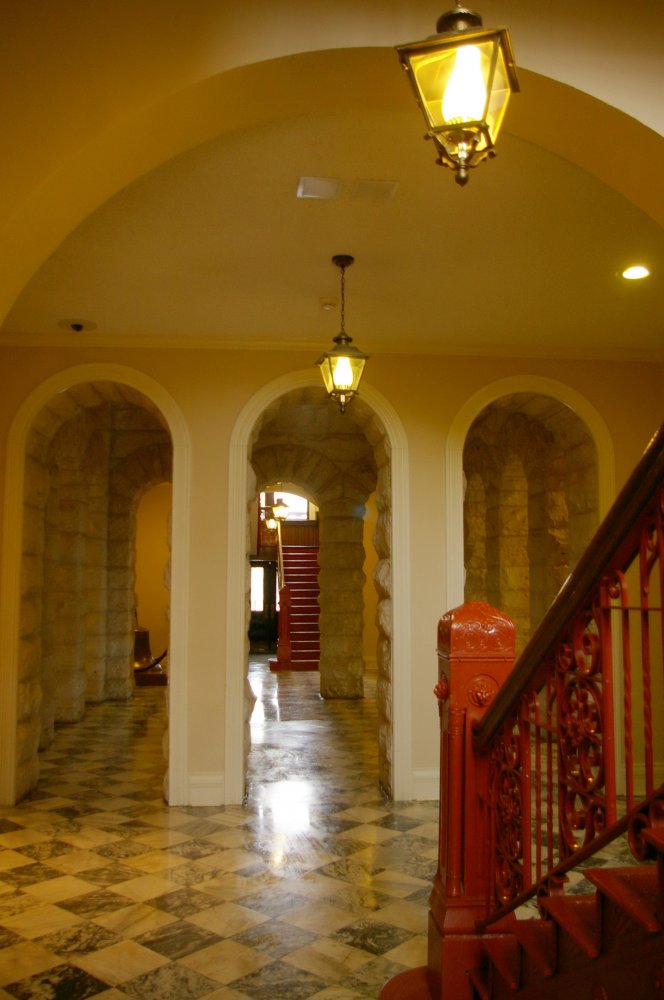 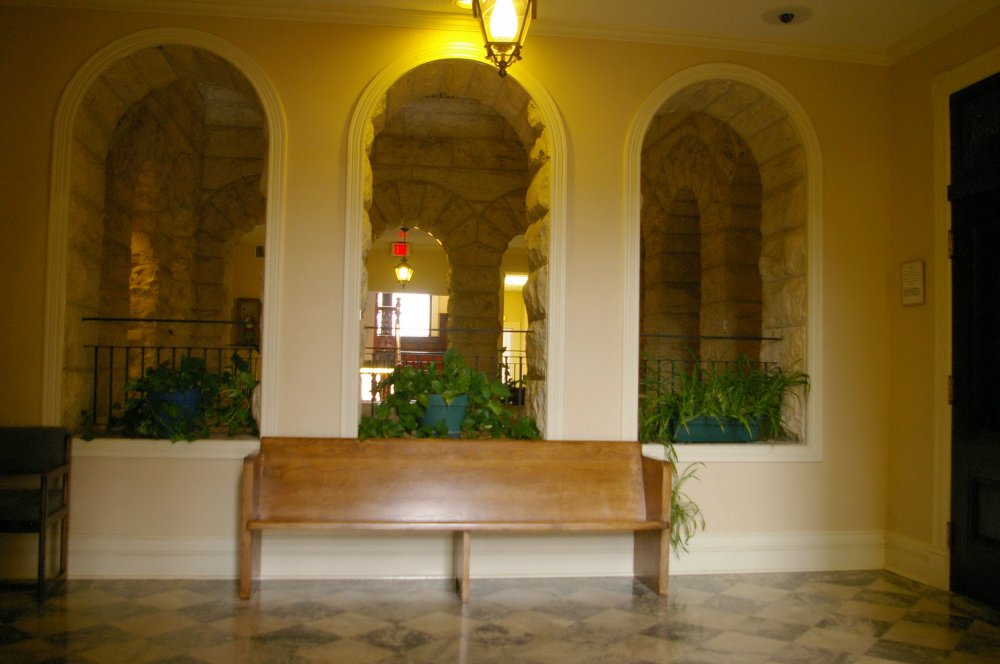 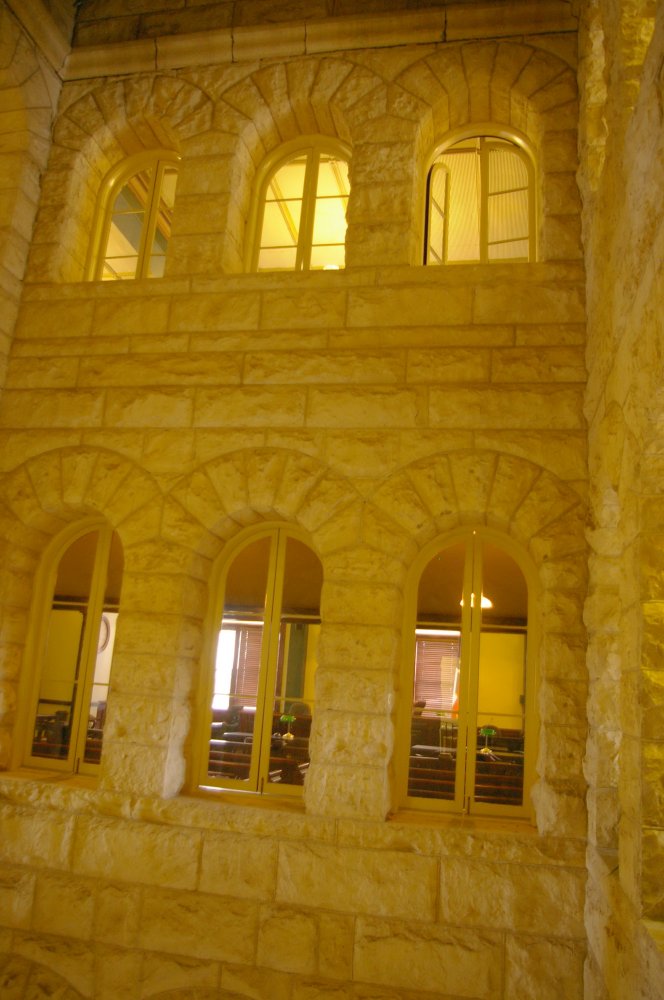 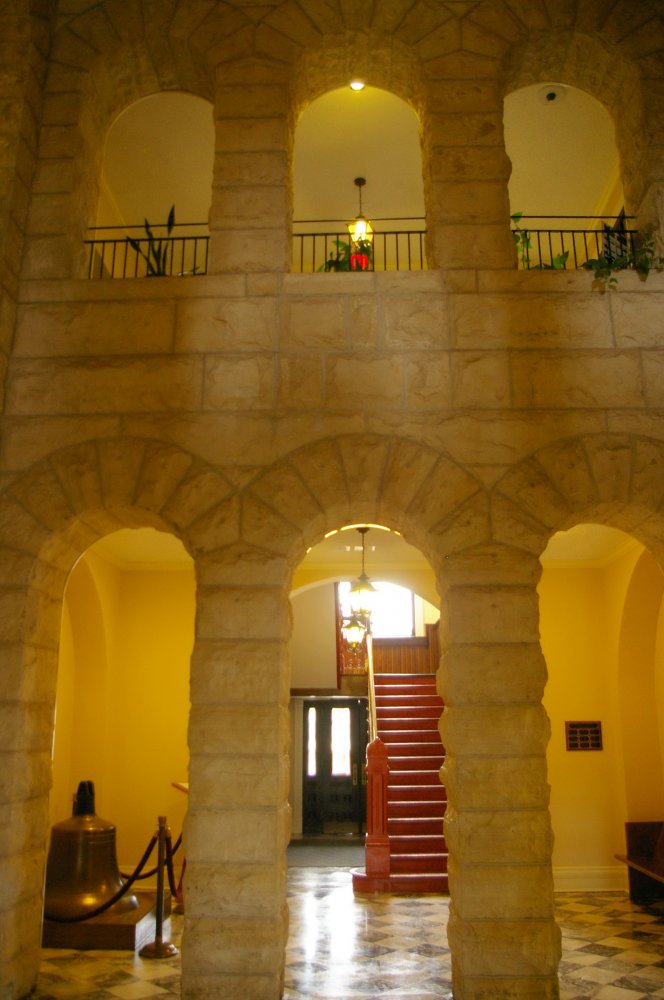 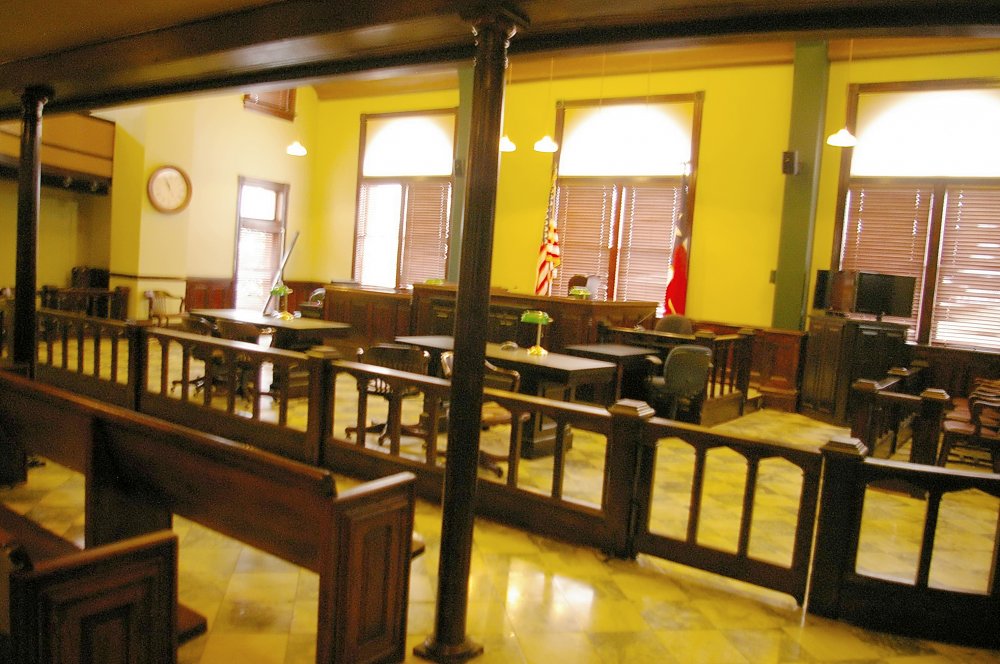 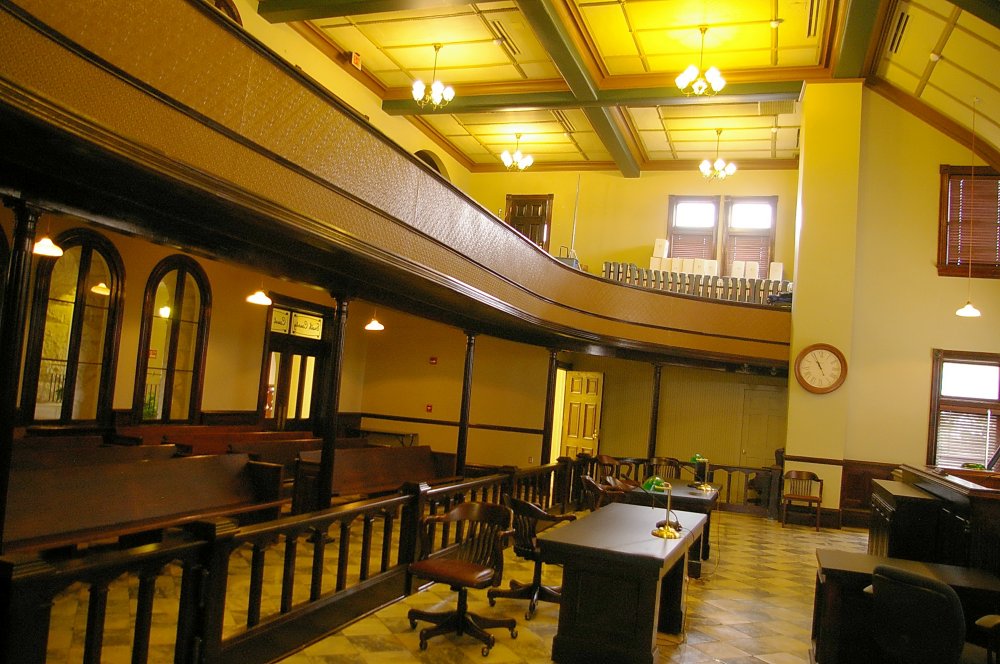 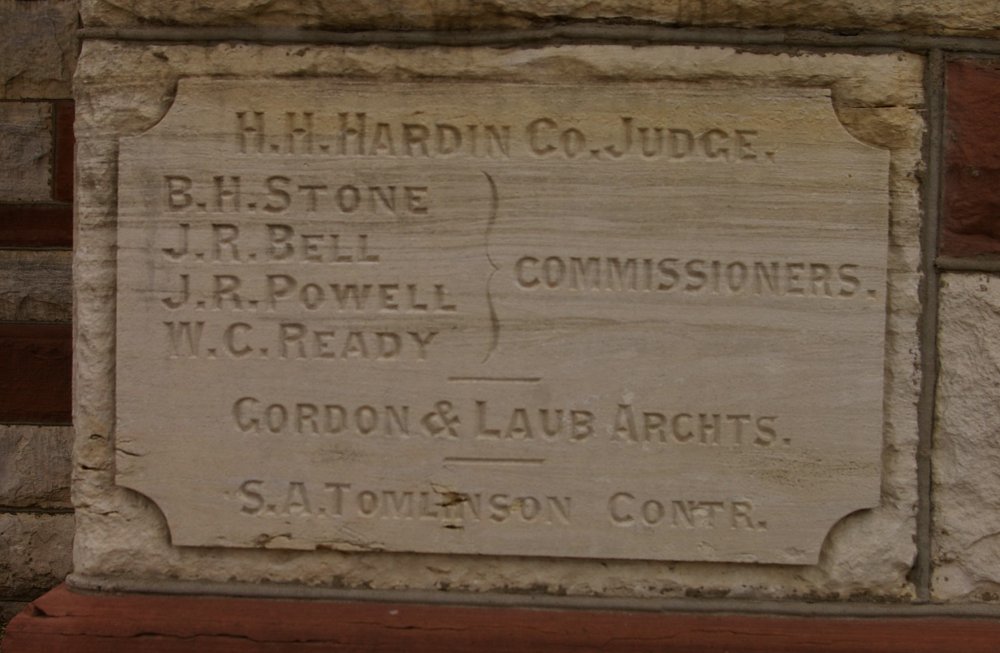 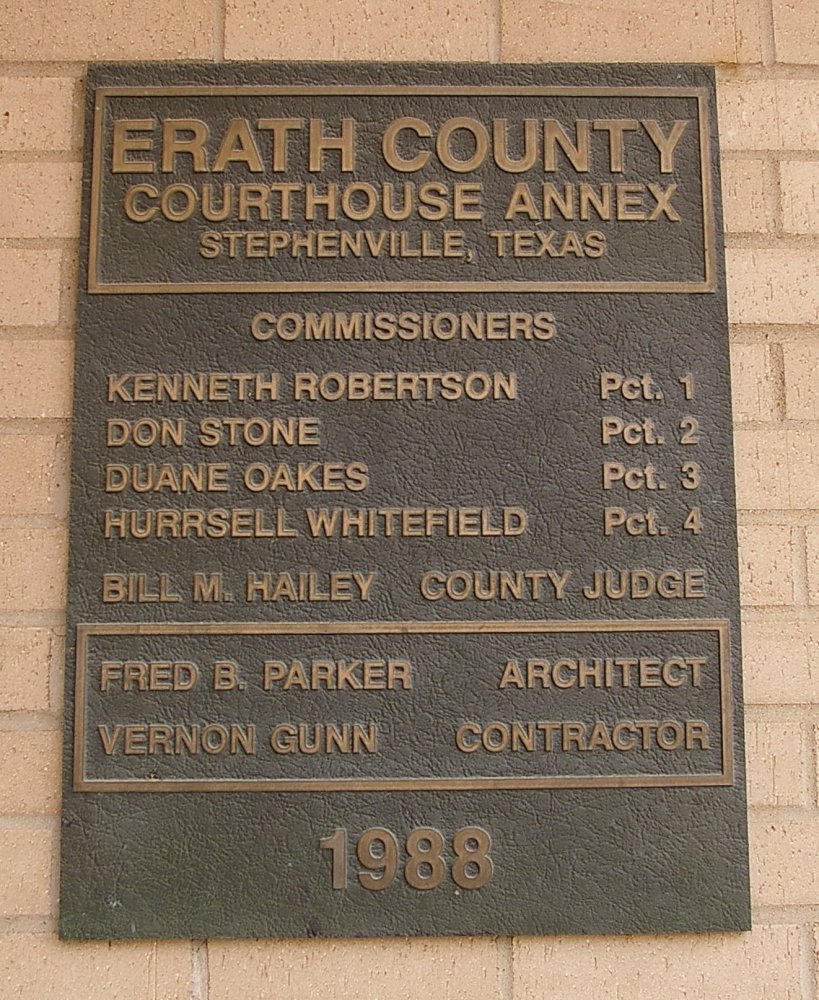