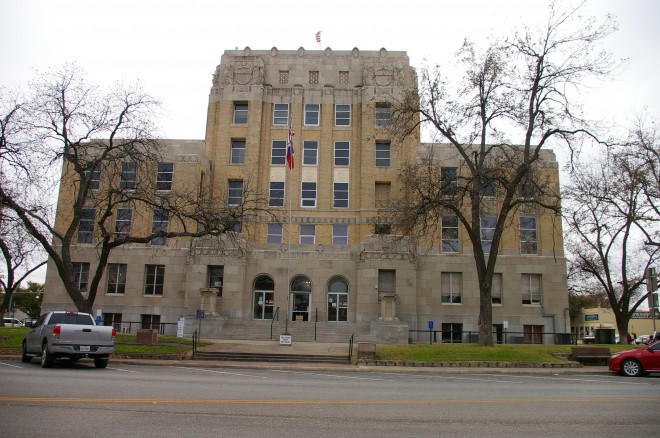 Eastland County is named for William Mosby Eastland, who was a soldier during the Texas Revolution. 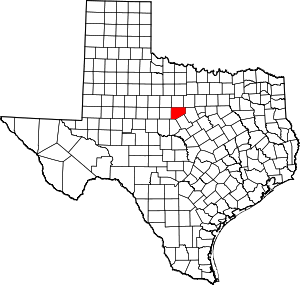 Description:  The building faces south and is a seven story buff colored brick, stone and concrete structure. The rectangular shaped building is located on the landscaped grounds of the Courthouse Square in the center of Eastland. The north and south sides have three arched entrances on the first and second stories with rectangular projections on the outside of the projecting center section. On the north and south sides, the third to seventh stories are recessed. The first and second stories of the building are faced with stone. The east and west wings are four stories. Details include carved eagles, shields and medallions, pilasters, tripartite arched entryways, and stylized decorative banding. Stone trim runs below the flat roof lines. In the interior, the courtrooms are located in the east wing and on the fourth story of the west wing. In the east wing courtroom, the judge’s bench is inlaid with green colored marble. The building houses the State District Court, Constitutional County Court and County Justice Court. The building houses the Eleventh Court of Appeals.

Note:  The Eastland County Courthouse gained widespread fame as the final resting place for “Old Rip,” a celebrated horned toad reputedly liberated from the cornerstone of the prior courthouse. 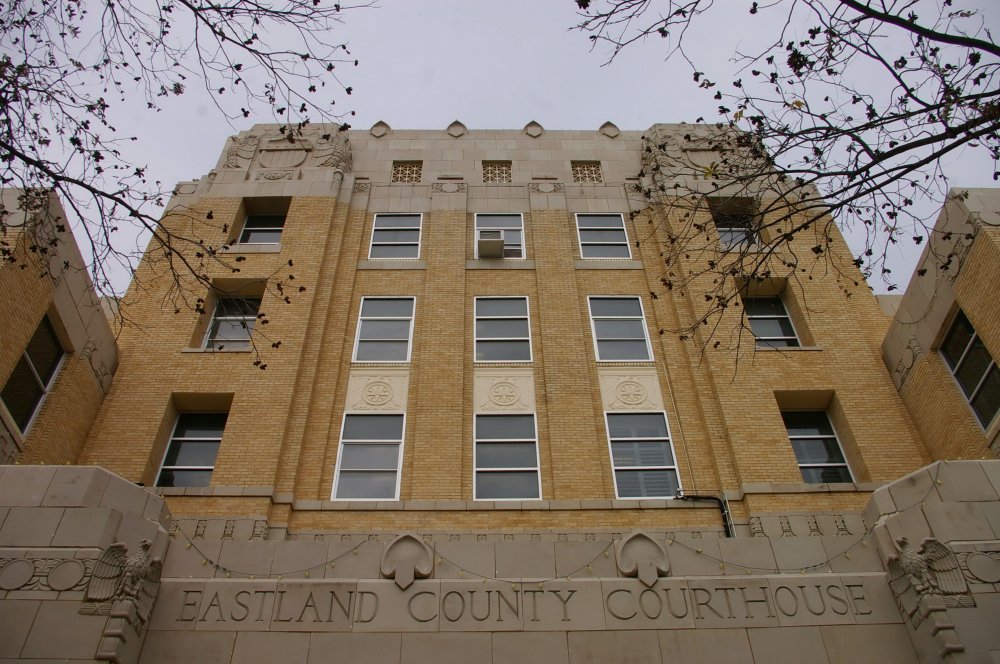 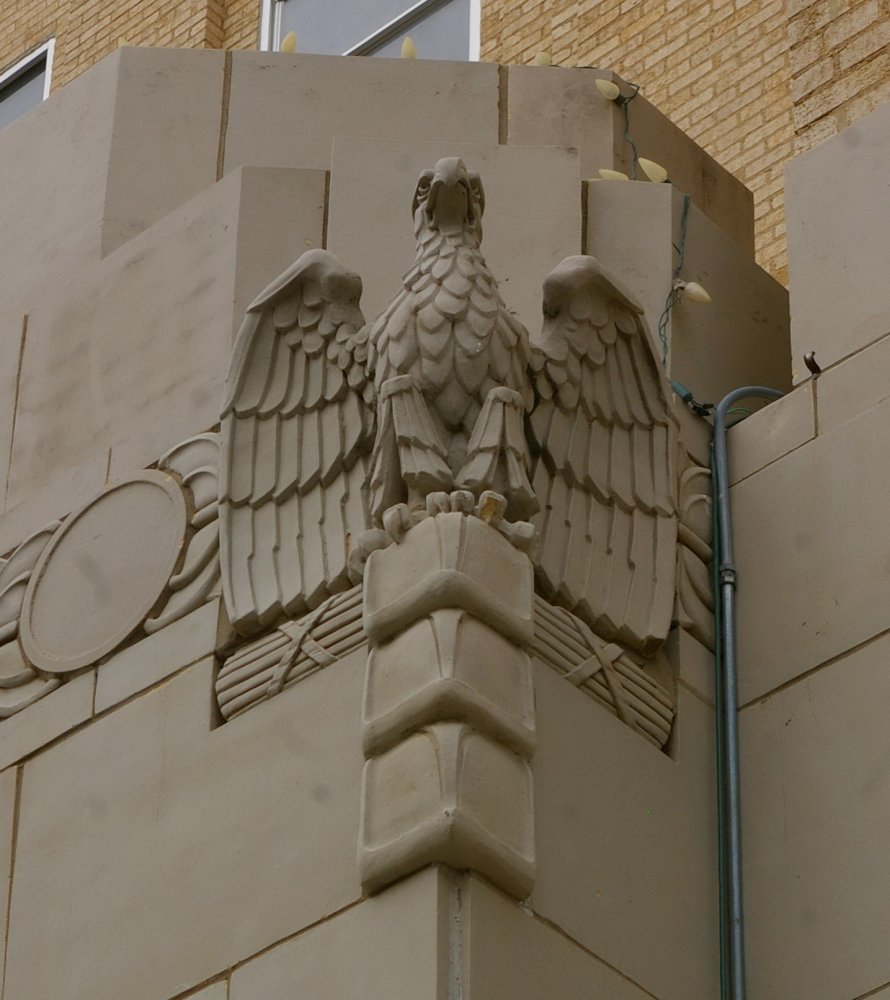 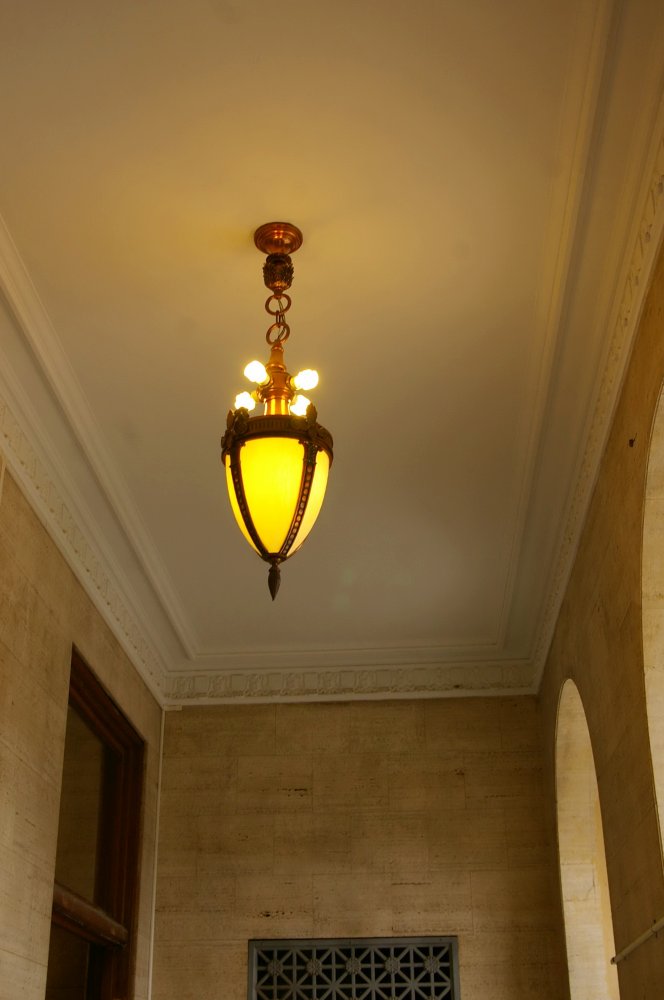