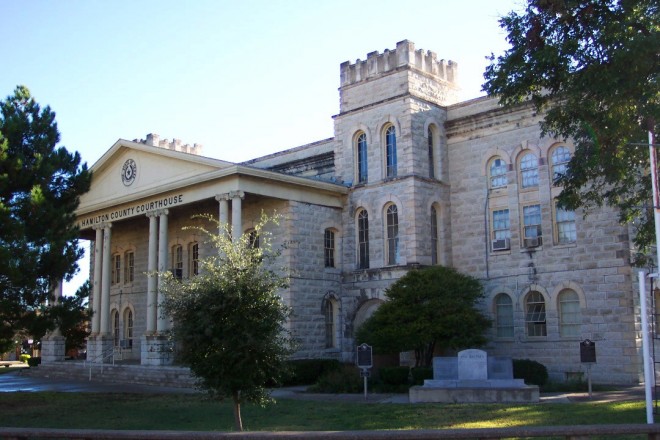 Hamilton County is named for James Hamilton, who was a South Carolina governor who financed the Texas struggle for independence from Mexico. 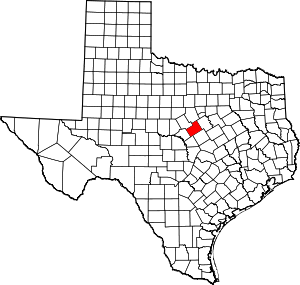 Description:  The building faces west and is a three story gray colored limestone structure. The building is located on the landscaped grounds of Courthouse Square in the center of Hamilton. The west front has a large two story portico supported by eight thin columns. Behind the extended front are a castle-like tower on each side rising three stories. The windows are arched. In the interior, the corridors have linoleum flooring and formica wainscoting. The twin stairs to the second floor surround an expansive, double-height district courtroom on the second story. Curved oak veneer wainscot and schoolhouse pendant light fixtures adorn the space, capped by a flat barrel-vaulted ceiling. The building houses the State District Court, Constitutional County Court and County Justice Court. The architect was William Martin of Mason, Martin, Byrnes & Johnston and the contract was Tom Lovell of Denton. Expanded and restored in 1931 to 1932 as a Classical style structure. The architect was E M Miles and the contractor was J C Ray & Sons. The building was renovated in 2012. The architect was Komatsu Architecture of Fort Worth and the contractor was RBR Construction Inc. of Weatherford. On the north side is the County Courthouse Annex and to the northwest is the old County Jail at 115 West Henry Street.

Note: The original cornerstone, laid in 1886, lists the architect as E D Williams and the builders as Lovell, Hood & McLeod although all sources list Mason, Martin, Byrnes and Johnston as the original architects/builders. 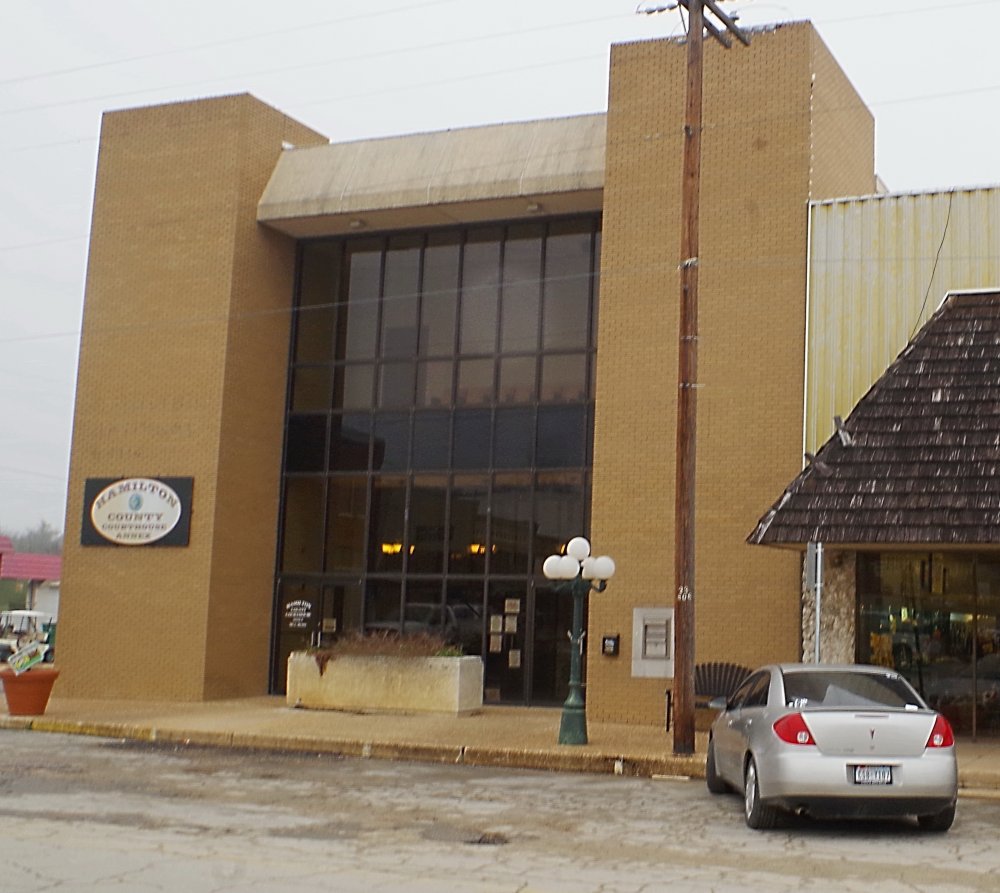 Description:  The building faces south and is a two story buff colored brick, glass and concrete structure. The building is located on the northwest side of the Courthouse Square in the center of Hamilton. The south front and north side have recessed center sections with glass walls rising to a wide concrete header at the flat roof line. The windows are vertical. The building was formerly the Hamilton National Bank Building. 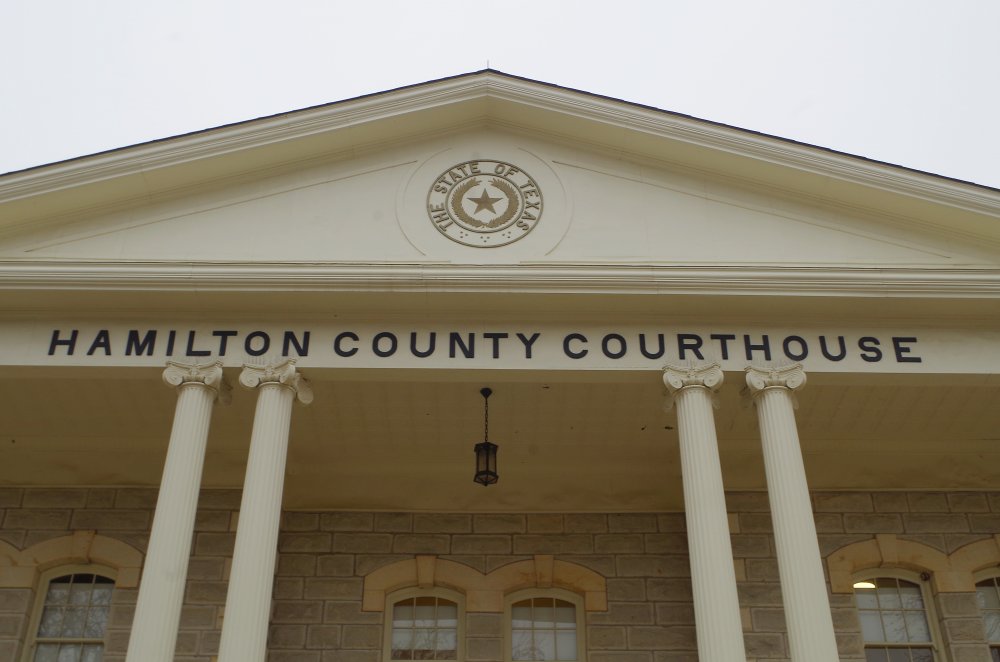 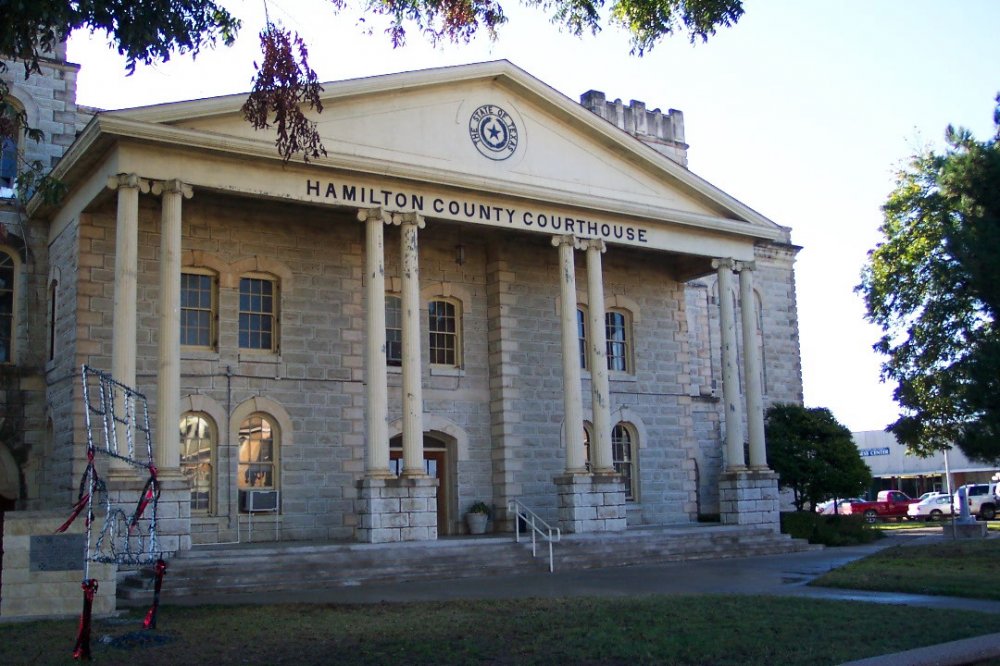 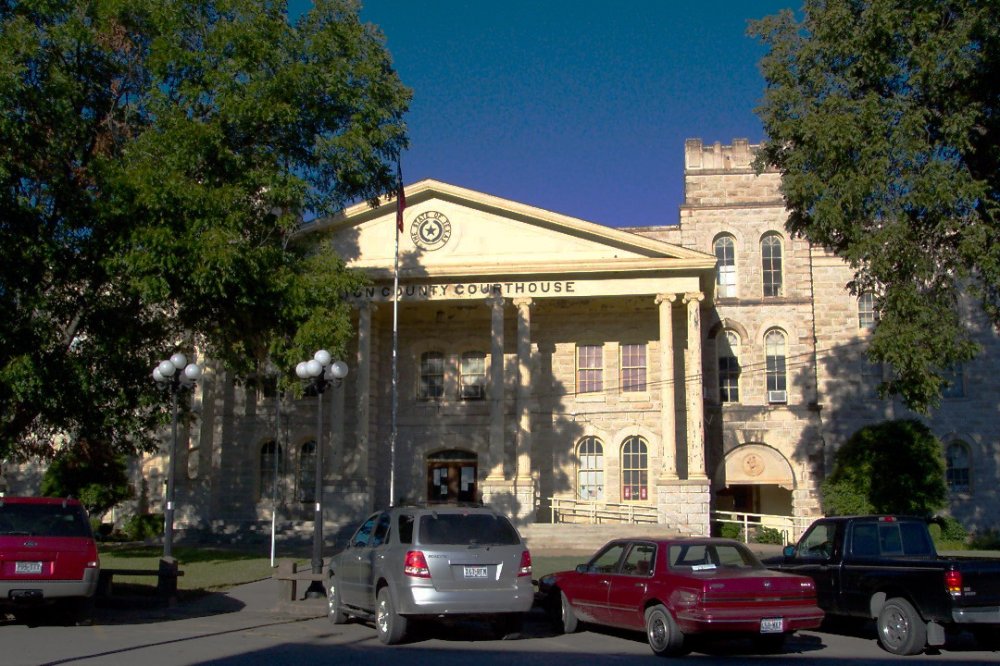 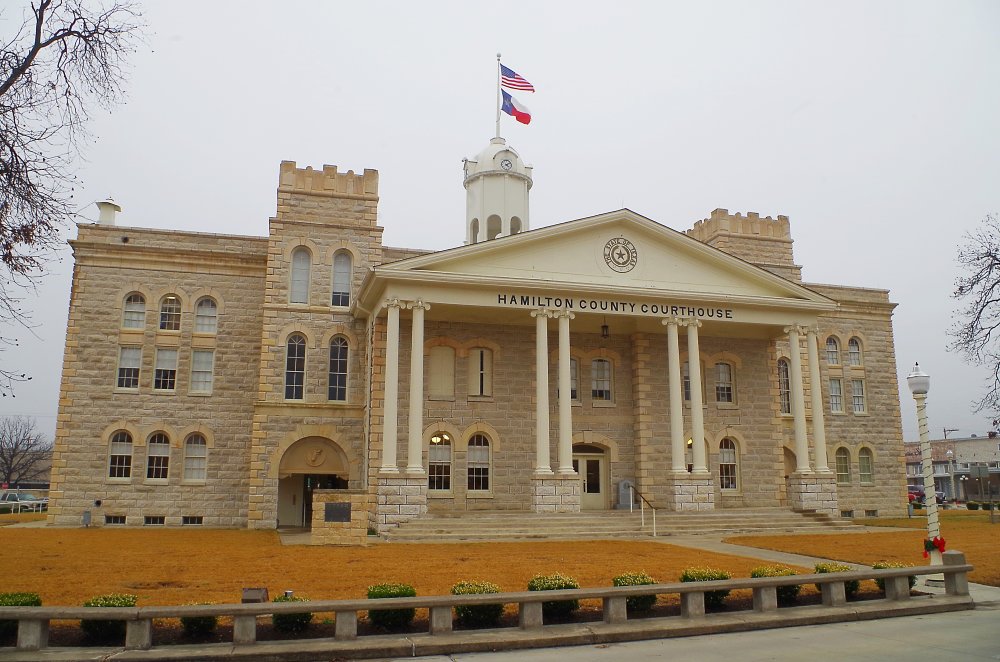 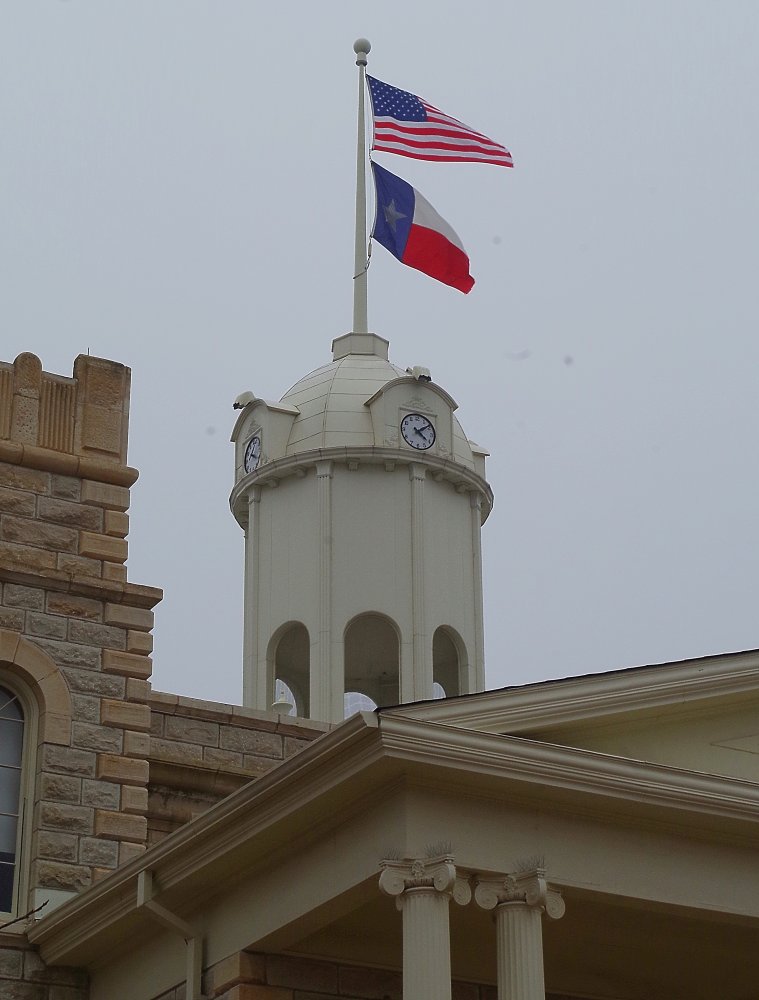 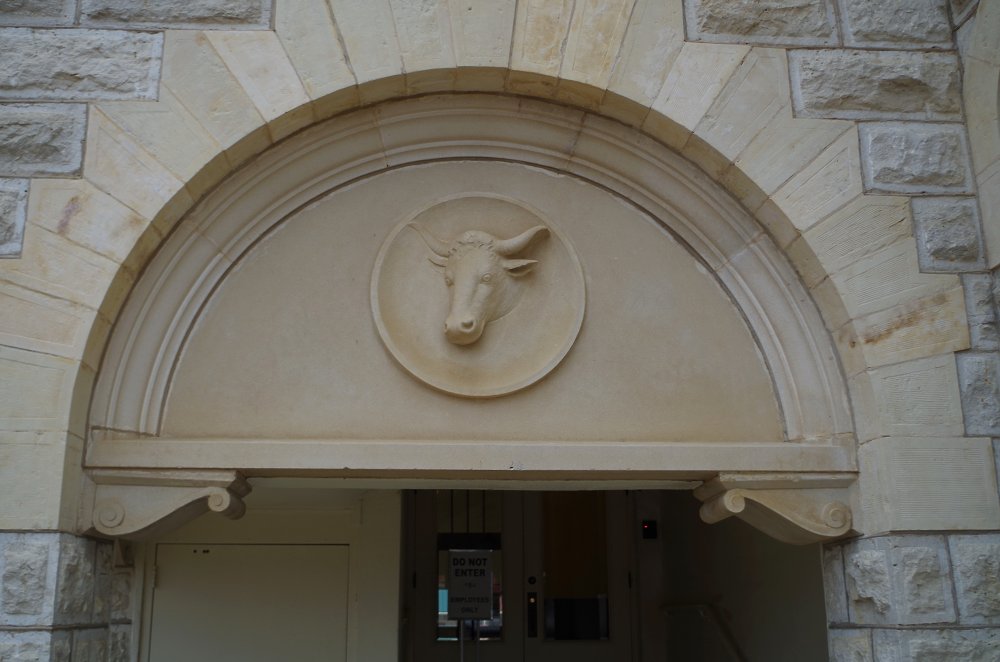 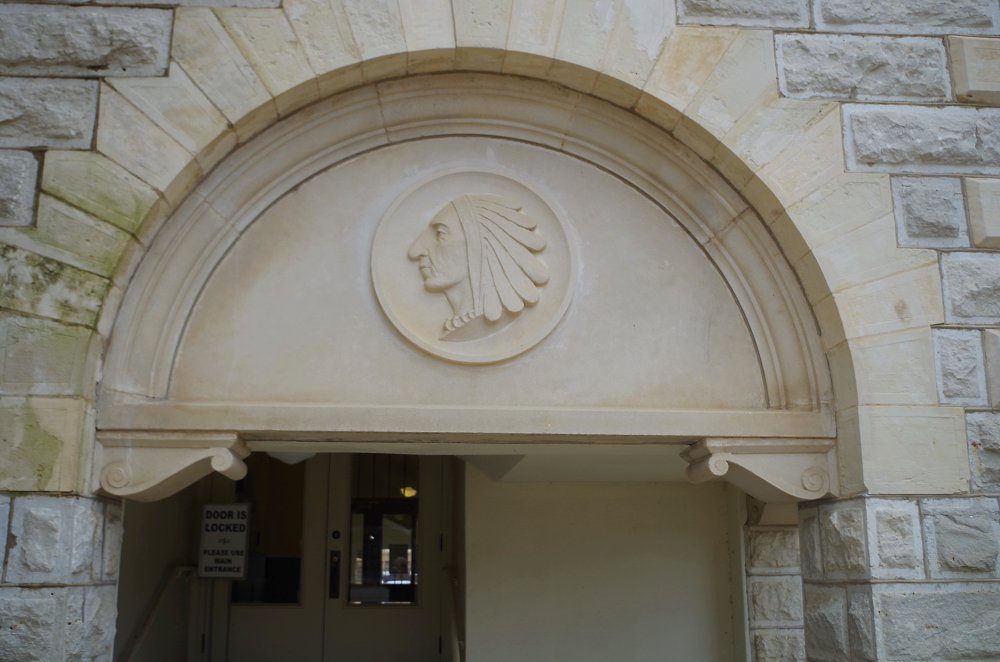