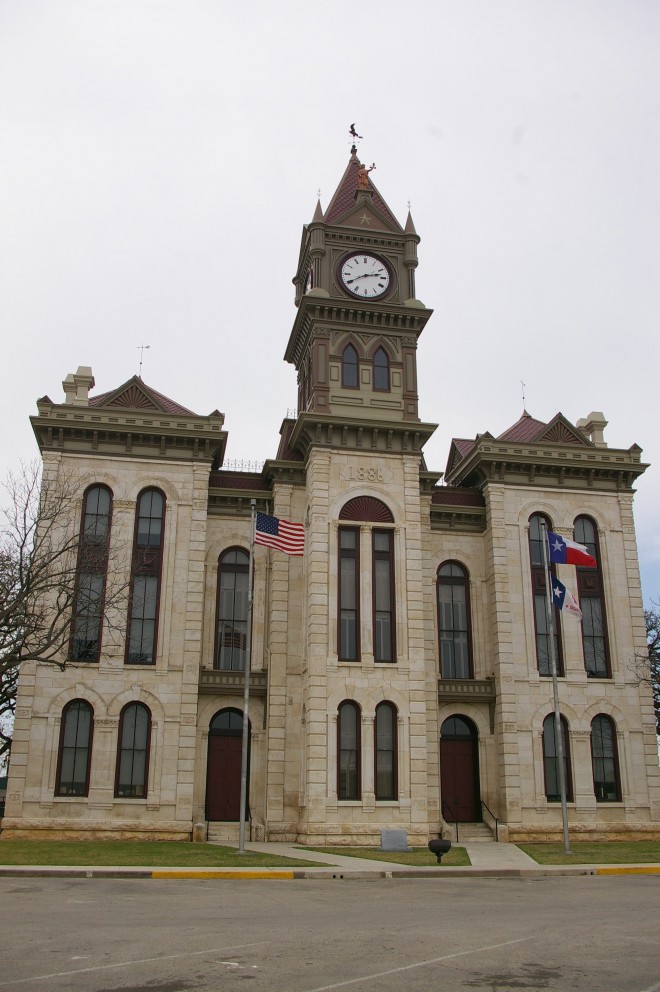 Bosque County is named for the Bosque River which was named by the Spanish meaning “woods”. 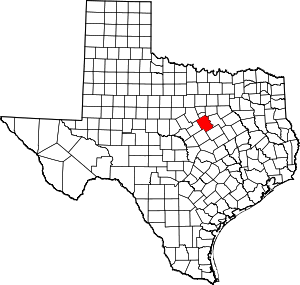 Description:  The building faces east and is a two story native limestone structure. The building is located on landscaped grounds of the Courthouse Square in the center of Meridian. The center section of the east front projects from the building and rises to a high square clock tower with steep roof. The north and south wings project from the main building. The entrances are on either side of the central section. The windows are arched. In the interior, the corridor from east to west and the walls are white colored plaster. The stairs are fabricated from cast iron manufactured by J E Bolles of Detroit, Michigan. The courtroom is located on the second story and has a stamped galvanized iron ceiling. The building houses the State District Court, Constitutional County Court, County Court at Law and Justice Court. The building was remodeled in 1935. The architect was Roy E Lane and the contractor was O K Johnson. The building was restored in 2003. The architect was ArchiTexas Architecture, Inc. and the contractor was Phoenix I Restoration and Construction, Ltd. The building was further restored in 2007. The architect was ArchiTexas Architecture, Inc. and the contractor was Harrison Williams Harper. 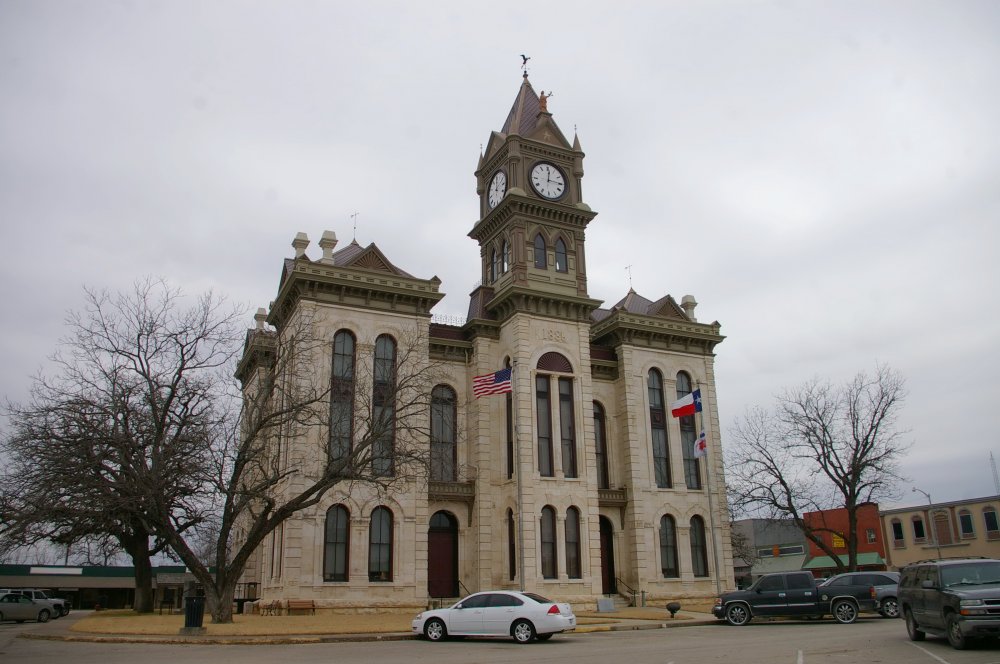 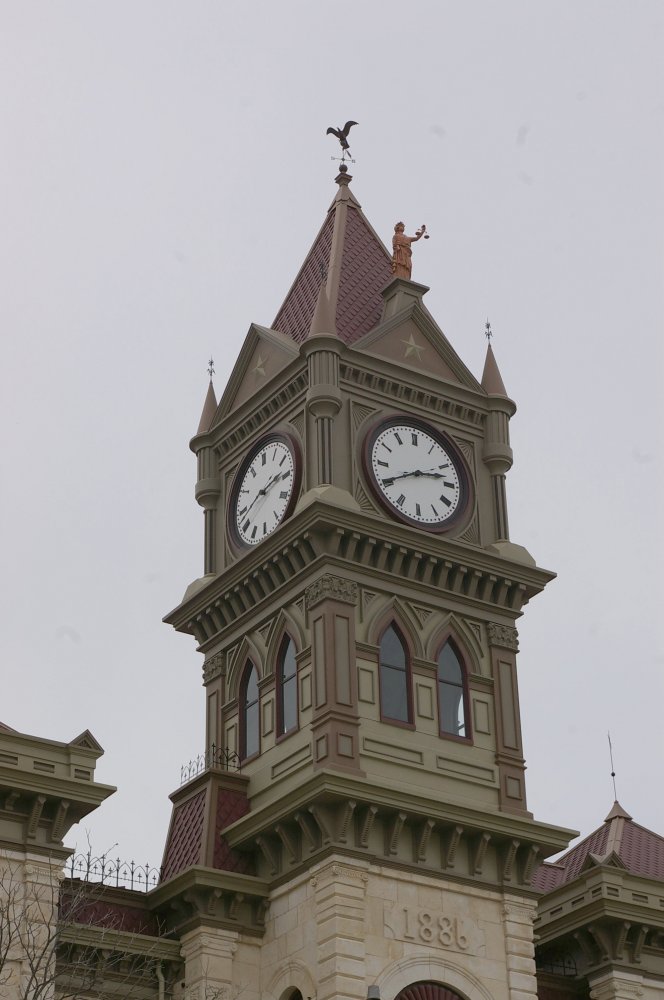 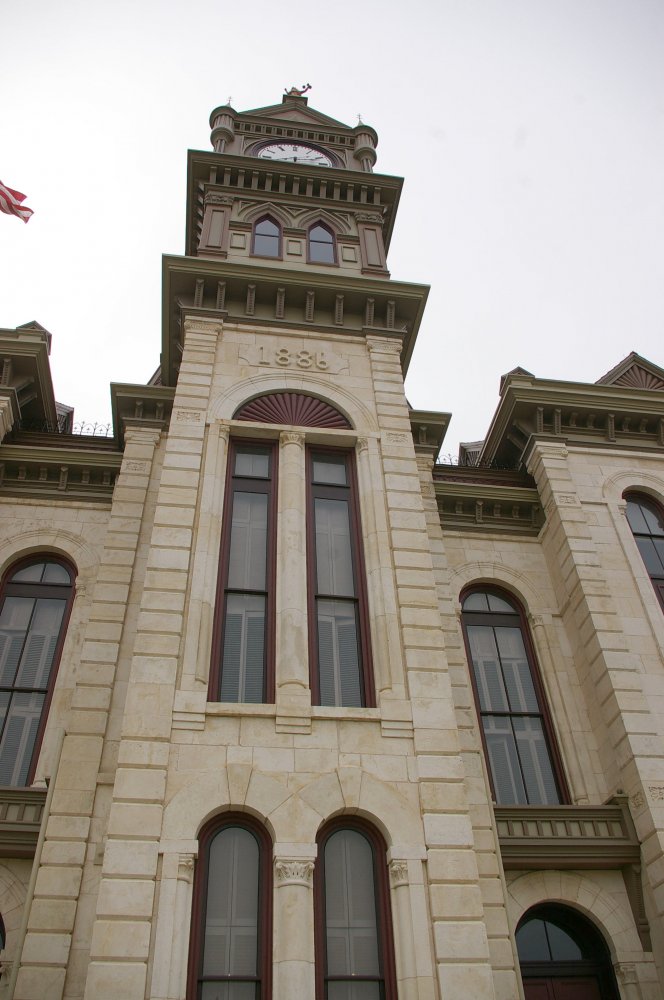 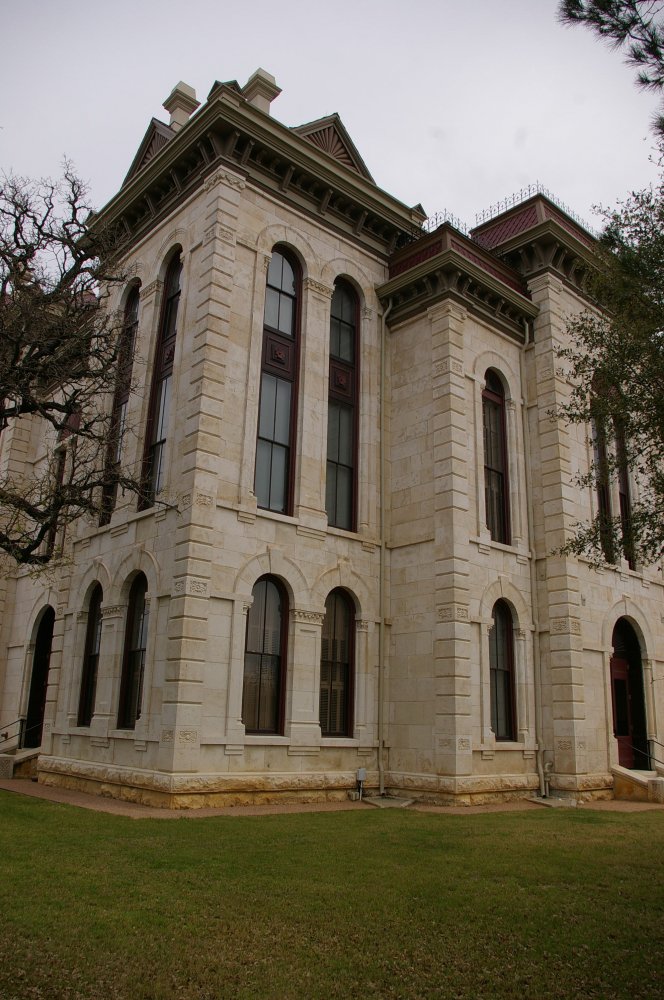 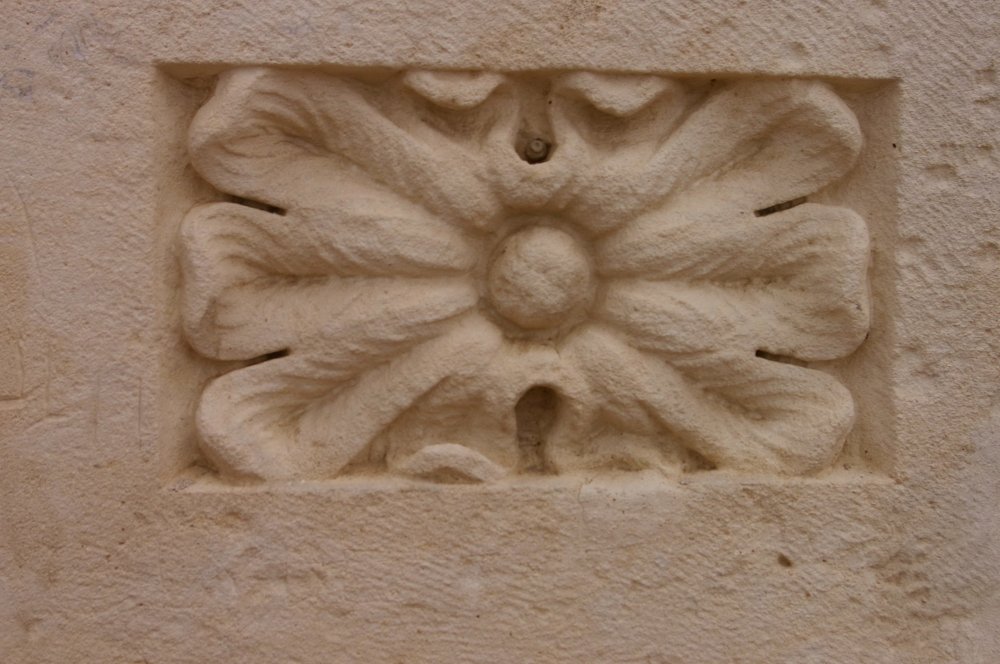