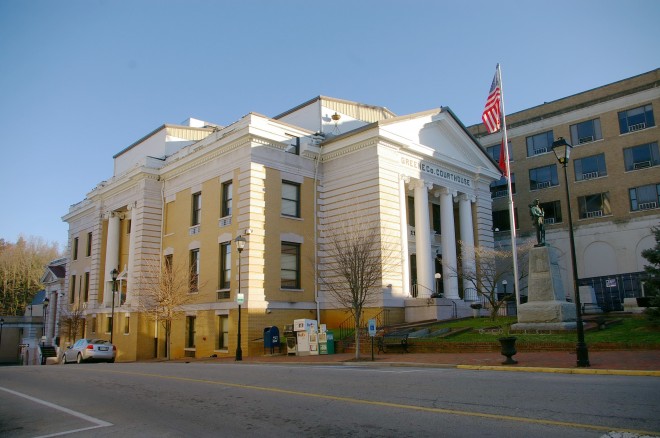 Description:  The building faces west and is a two story yellow colored brick and stone structure. The building is located on landscaped grounds in the center of Greeneville. The west front has a porch with three white colored columns and pediment above at the roof line. The entrance is recessed. On the north side is another porch with columns. There is stone trim along the corners. 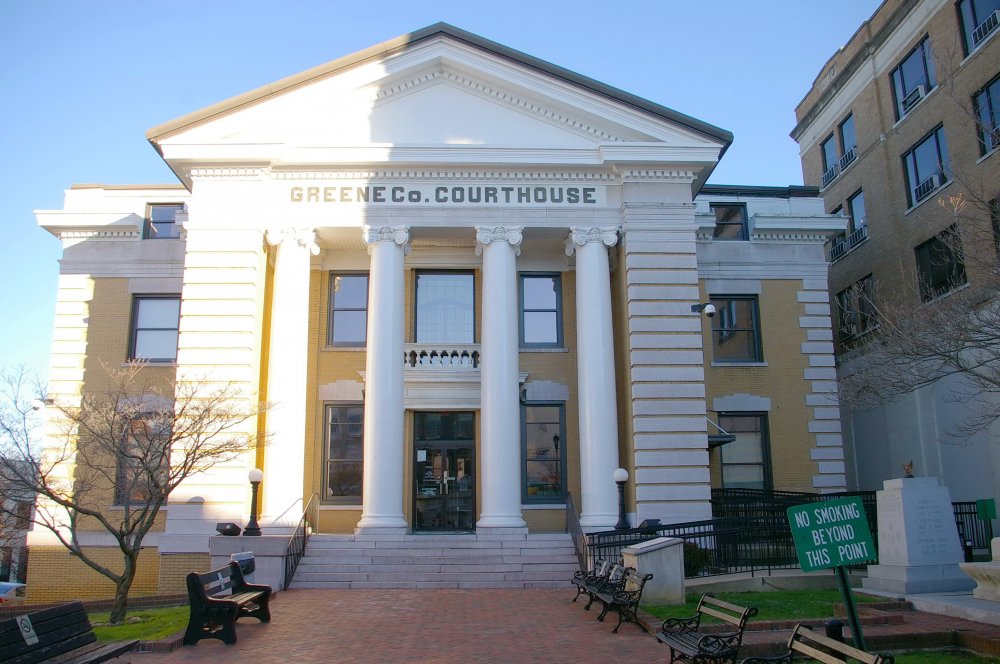 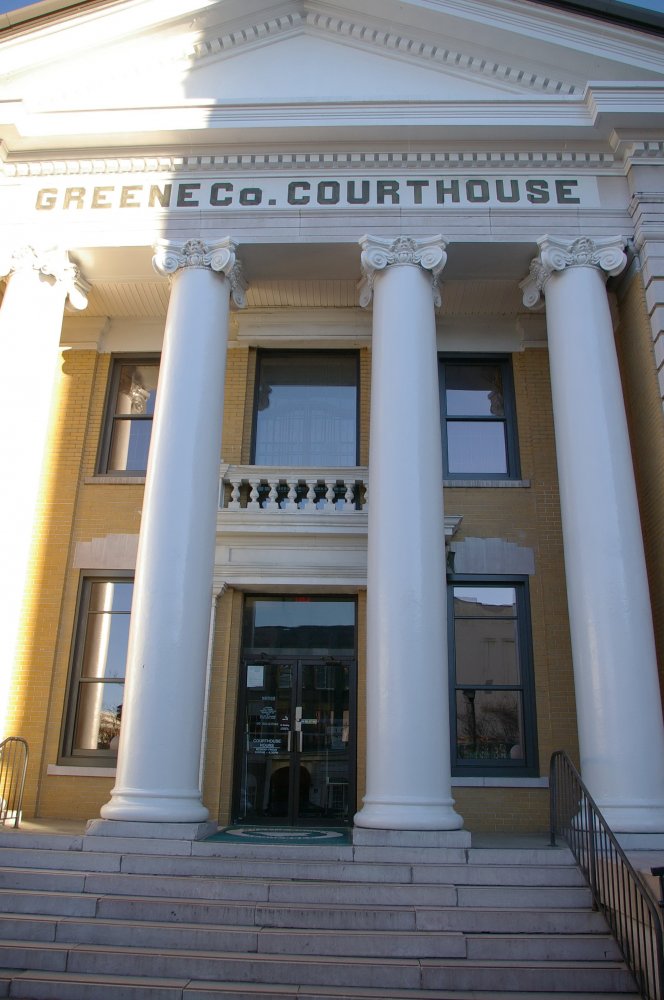 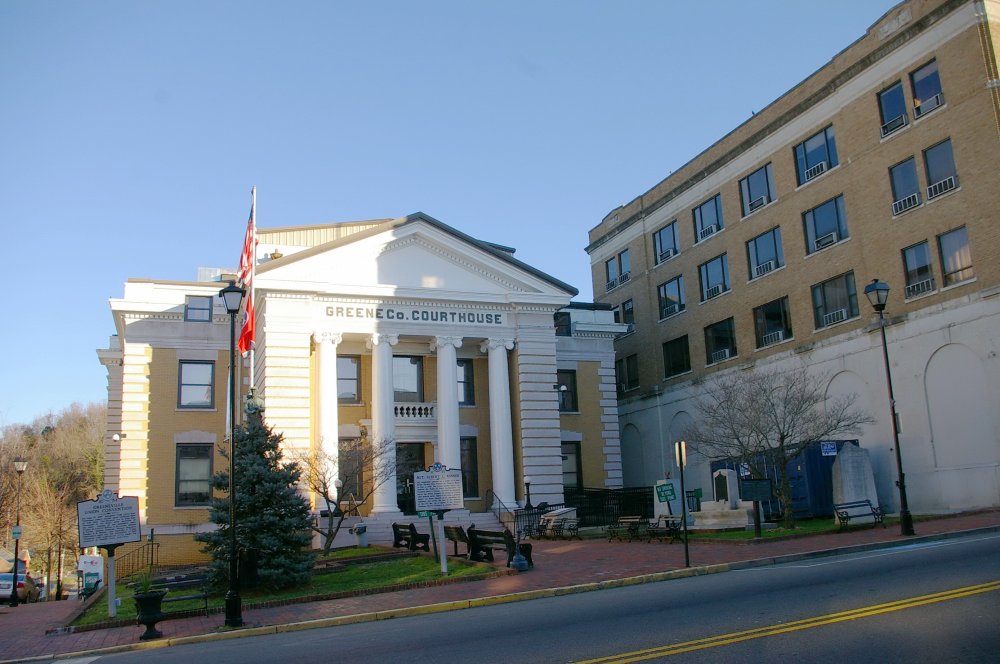 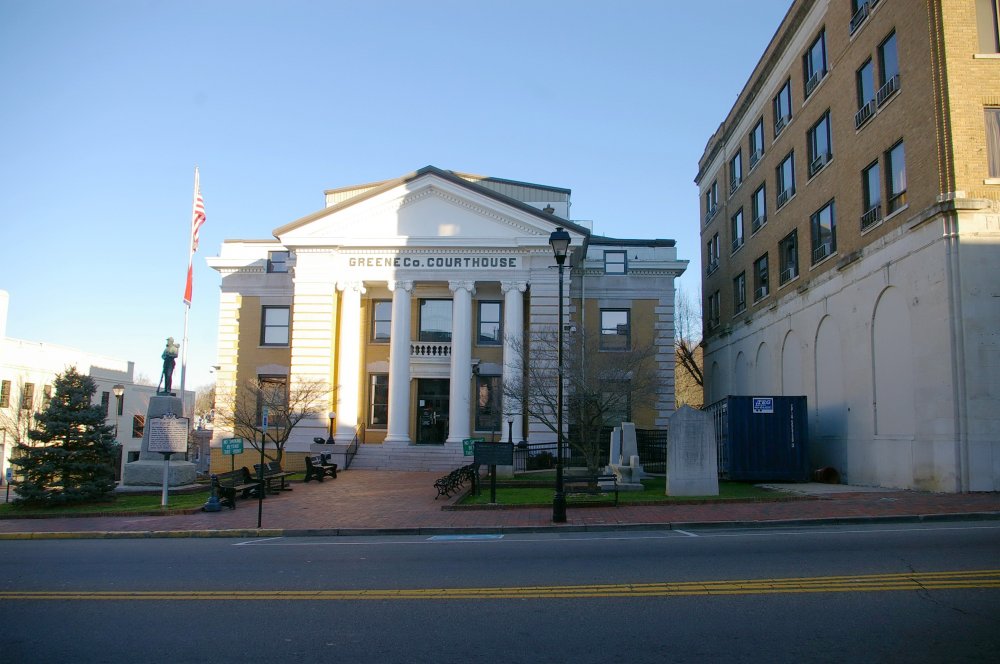 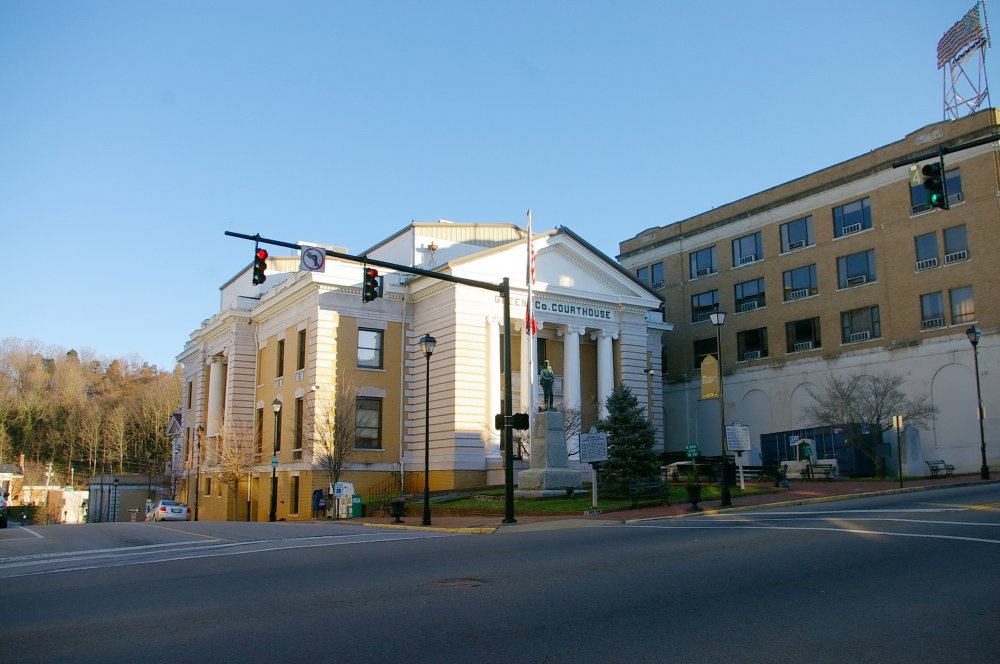 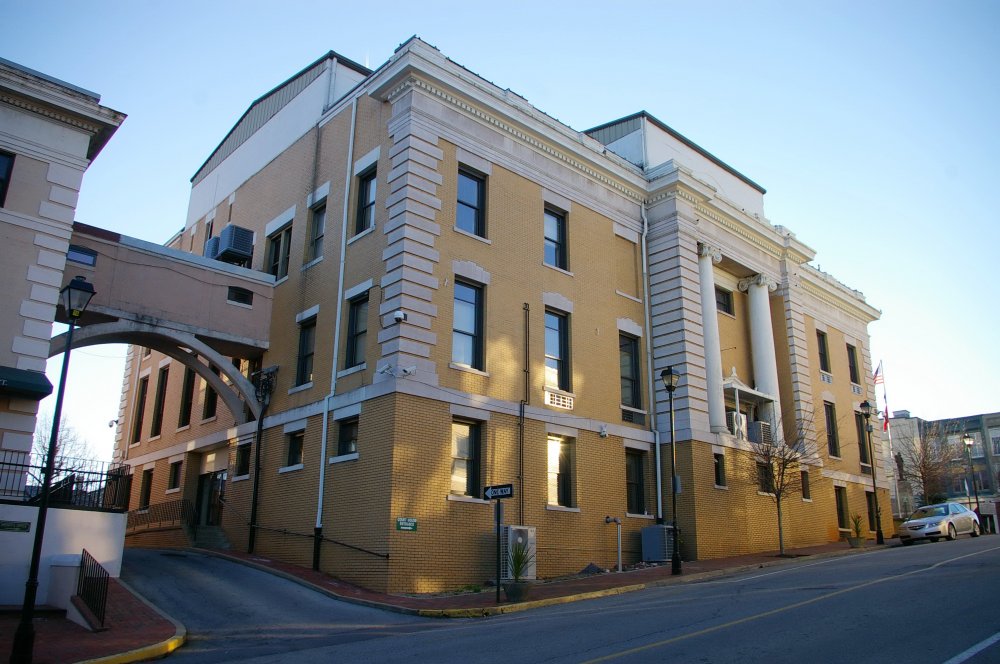 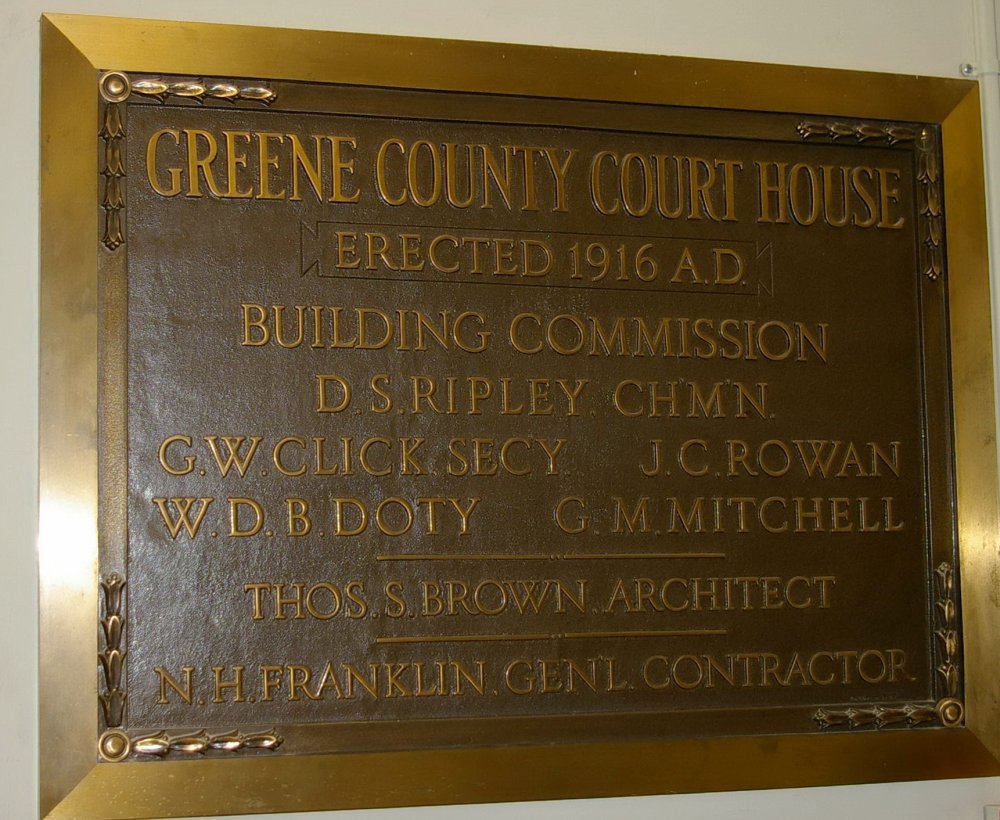