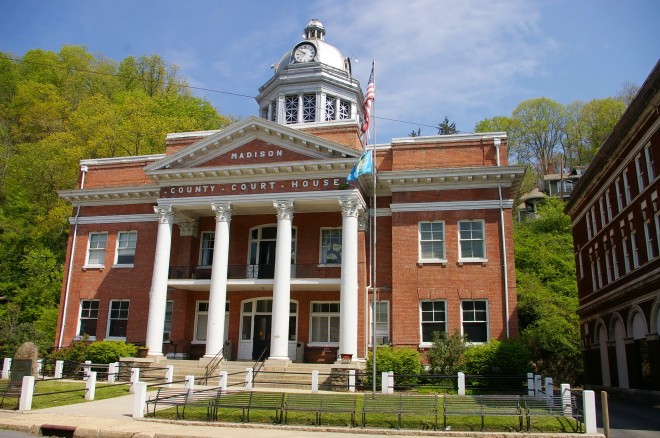 Description:  The building faces south and is a two story red colored brick and concrete structure. The rectangular shaped building is located on landscaped grounds in the center of Marshall. The building sits on a granite base. The south front has a large portico with four white colored columns rising to a pediment. There is a balcony on the second story. A wide cornice runs below the hipped roof line. On the center of the roof is an octagonal silver colored dome with clocks. Above the clocks is a lantern to signify the status of a blind justice. In the interior, there are cross halls which intersect at the center. Pressed brick wainscot line the halls and the floors are laid in marble. The courtroom is located on the second story and has tall arched windows and original furnishings such as paneled doors, wooden and iron seats, paneled bench and a heavy turned balustrade separating the spectators from the court officials. The rear balcony has been enclosed. The building houses the County Superior Court and County District Court of the 24th Judicial District.

See:  The courthouse is similar to the courthouse in Jackson County, both designed by Rich S Smith & Albert H Carrier of Asheville. 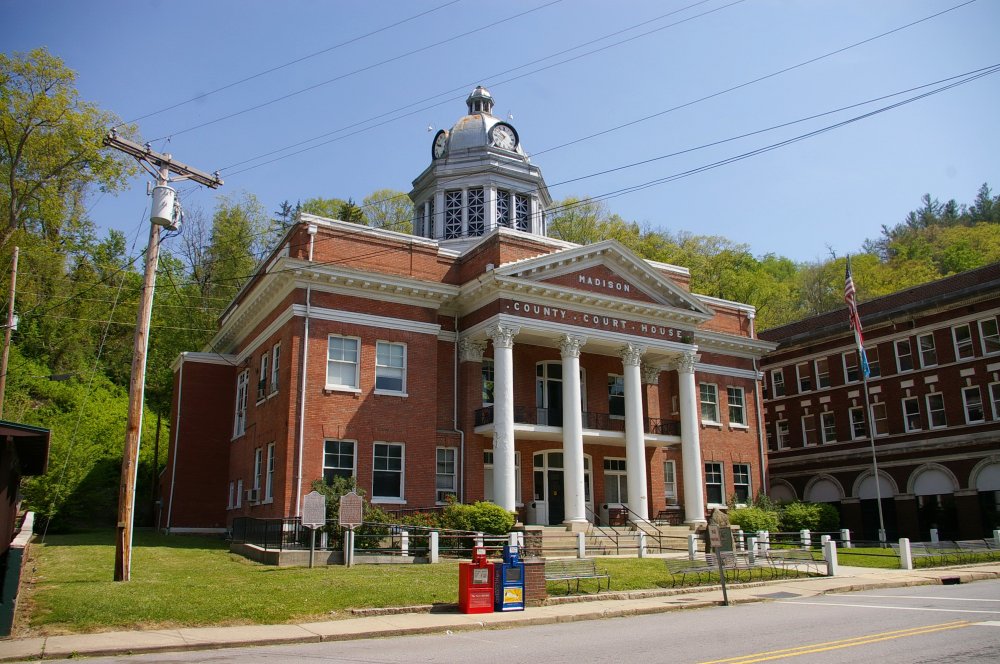 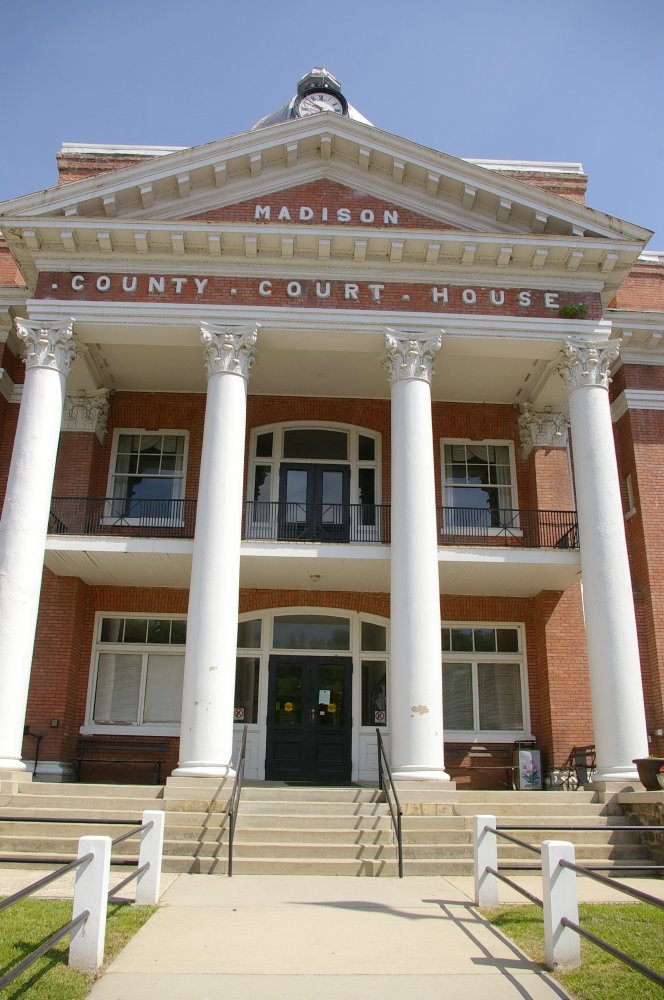 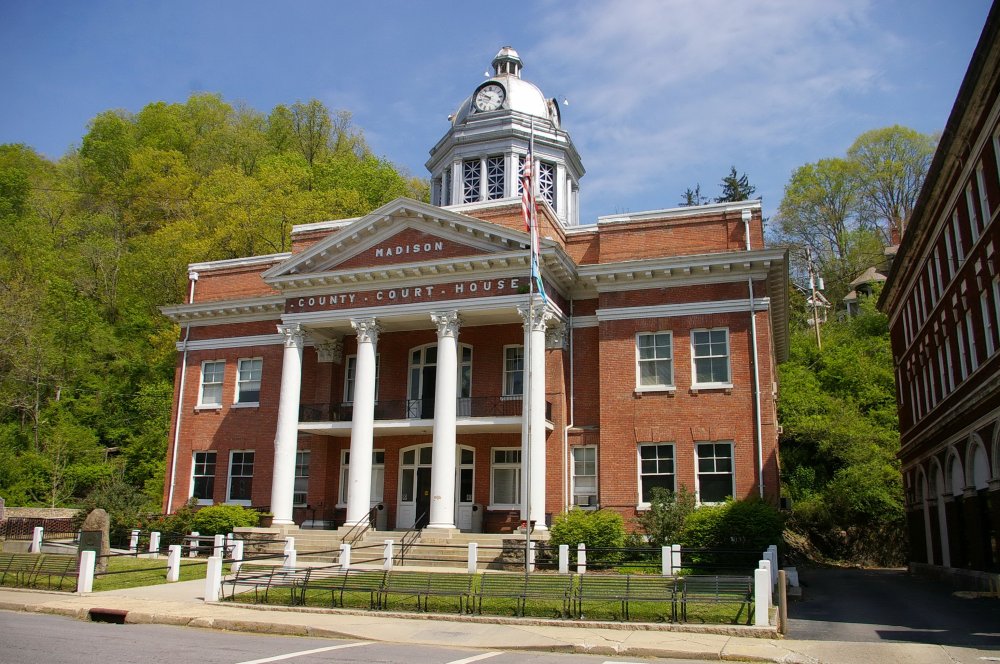 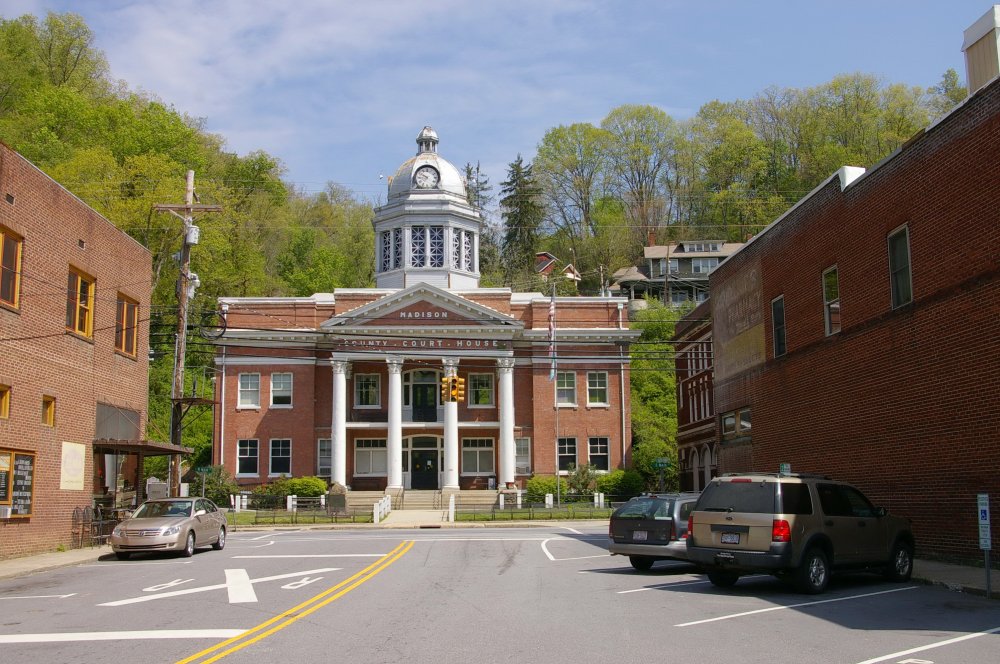 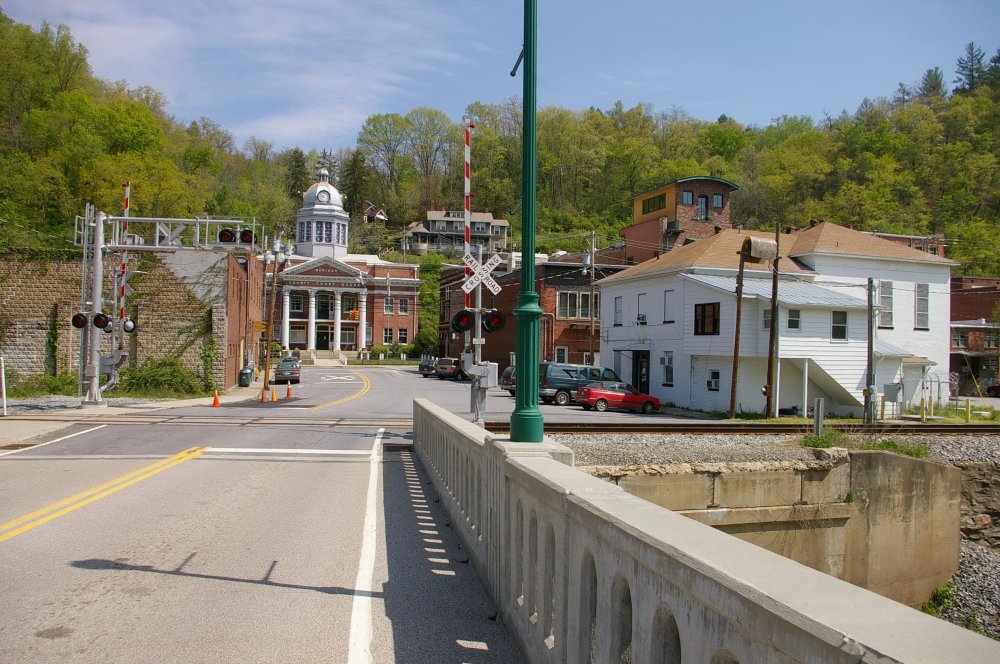 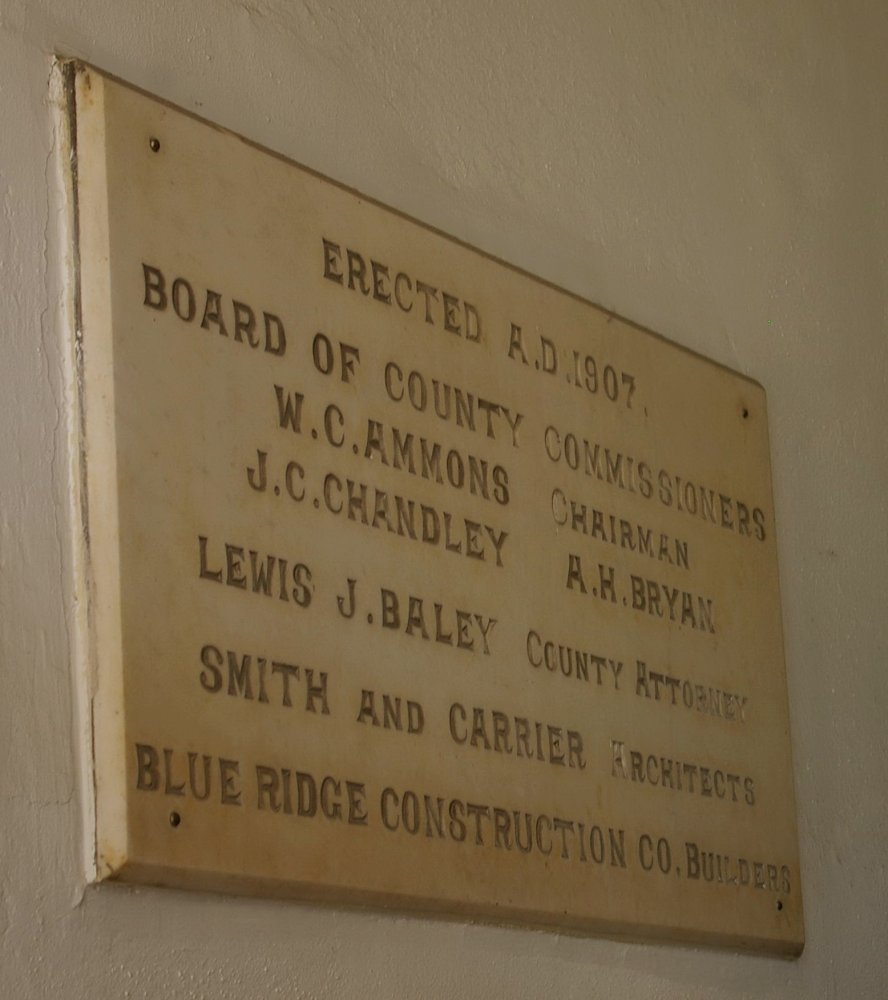