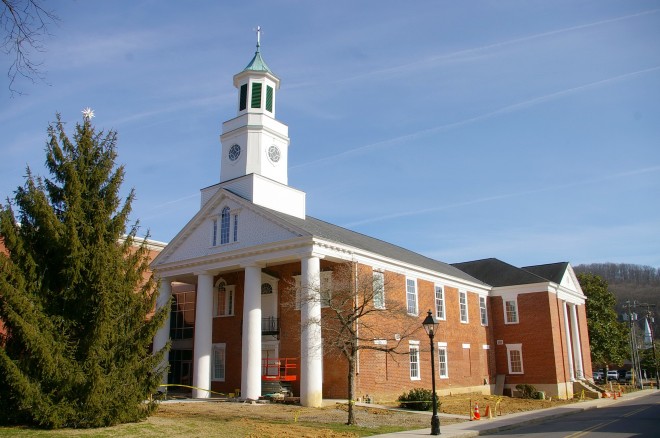 Hawkins County is named for Benjamin Hawkins, who was a United States Senator.

Description:  The building faces north and is a two story red colored brick structure. The building is located on landscaped grounds in the center of Rogersville and forms a “T” shape with an east west wing on the south side. The north front has a large porch with four white colored columns rising to a pediment with a tiered cupola above with green colored roof. The roof is sloped. The building houses the County Circuit Court, County Chancery Court, County Criminal Court, County General Sessions Court and County Juvenile Court of the 3rd Judicial District. In 1870, the interior stairs were removed to allow more room in the second story courtroom and a balcony was constructed in the courtroom. In 1929, an addition was constructed on the south side to enlarge the courtroom. The architect was Allen N Dryden and the contractor was E S Glover. In 1999 to 2000, the Mitchell Building, located on the east side, which had been constructed in 1841 was purchased and remodeled as the County Courthouse Annex and includes additional courtrooms. A glass breezeway connects the buildings. The architect was The Moore Group Architects of Kingsport and the contractor was Barker Building Company of Kingsport.

Note:  The first meeting of the commissioners took place at the home of Thomas Gibbons on Big Creek on June 4, 1787, at which time Joseph Rogers’s land on Crockett’s Creek was selected as the location for the county seat. During the summer of 1787 the courthouse, jail, and stocks were erected, and the little community took the name Hawkins Court House. 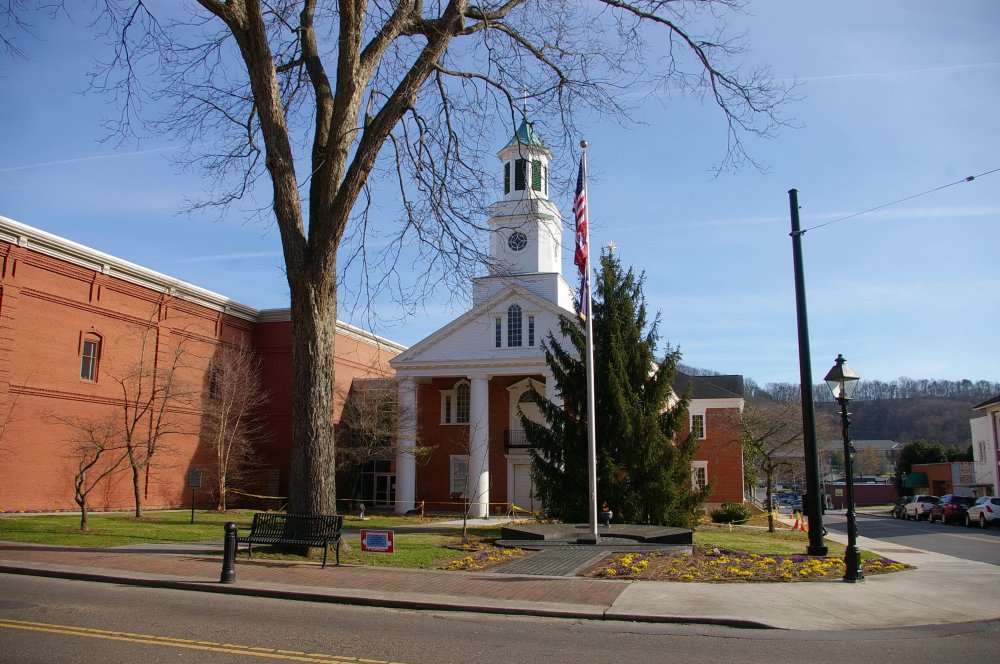 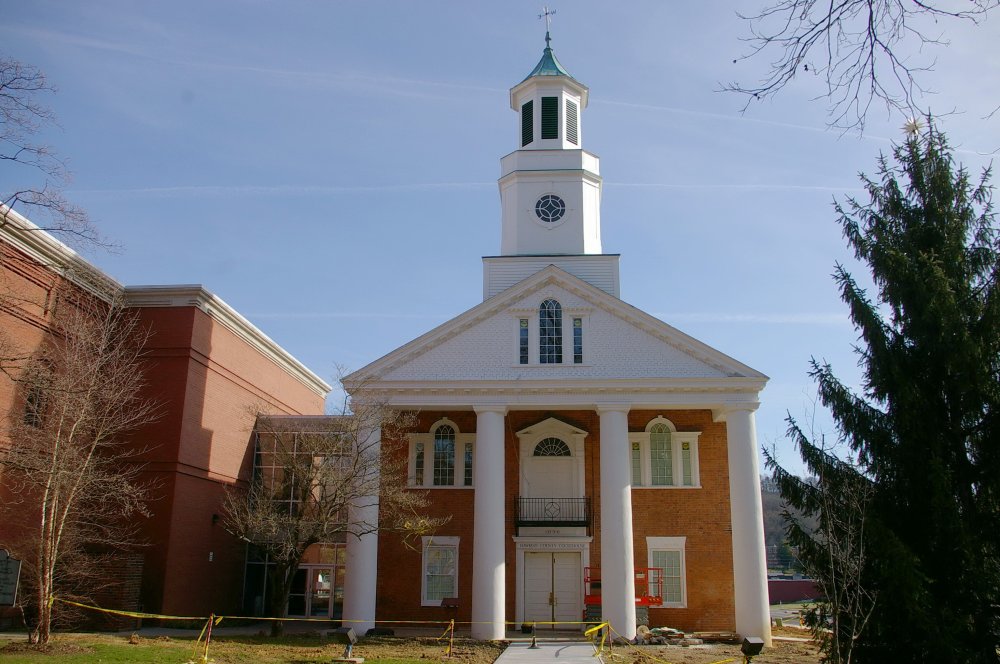 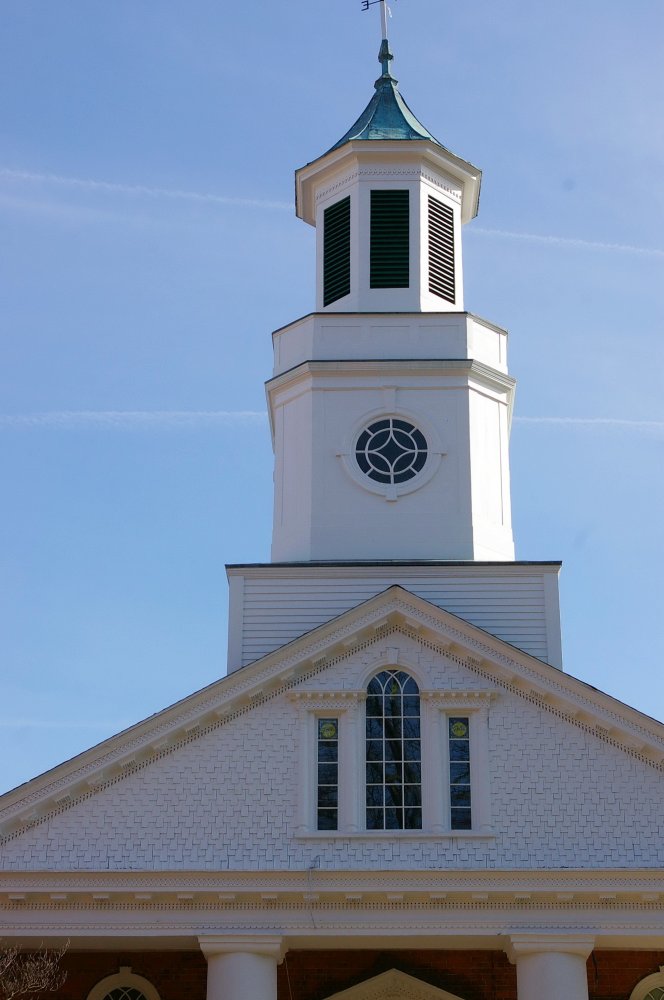 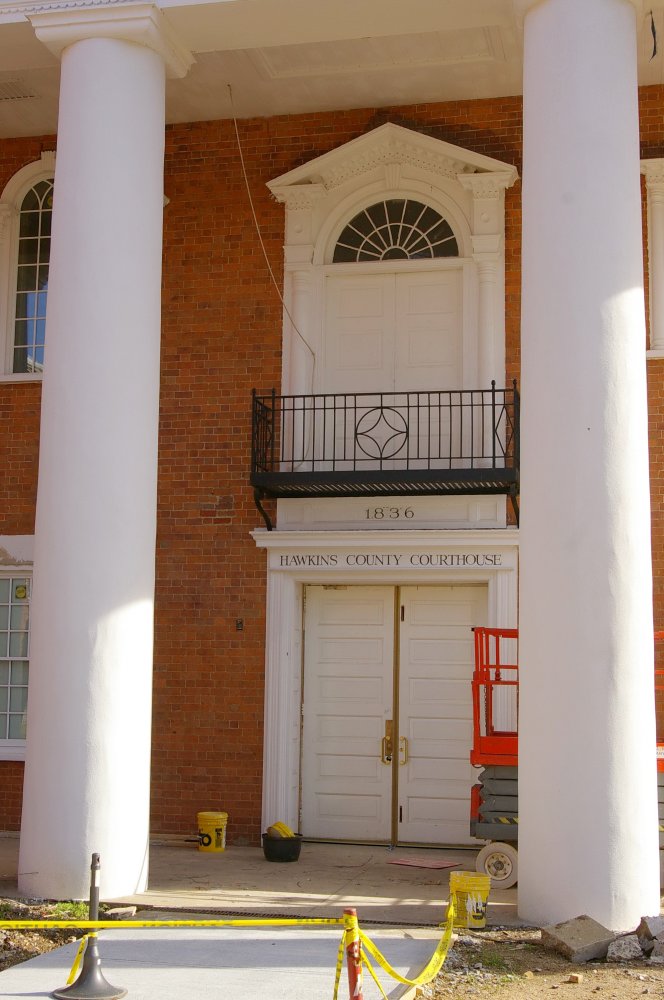 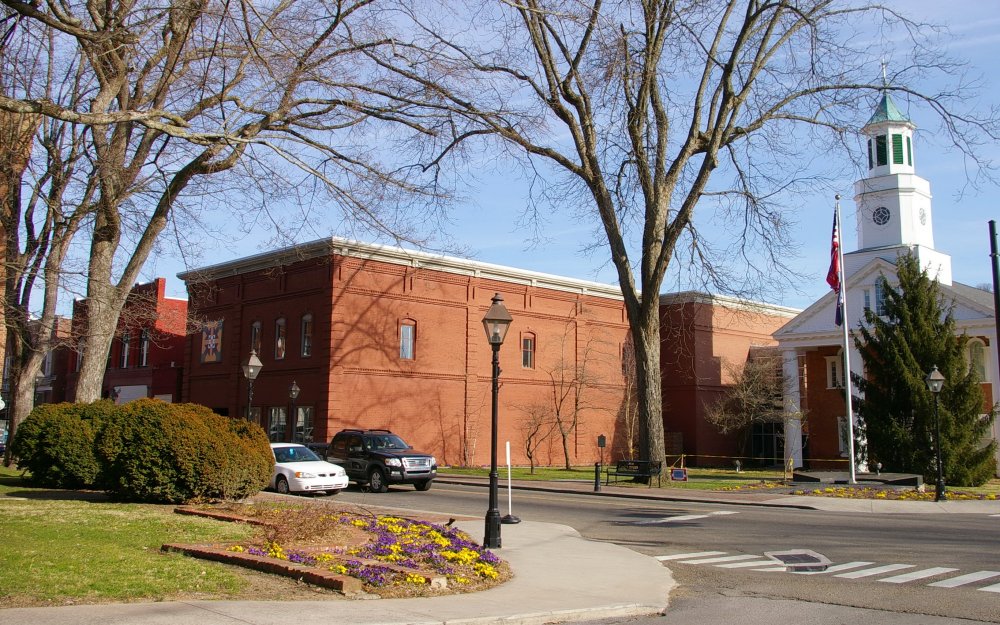 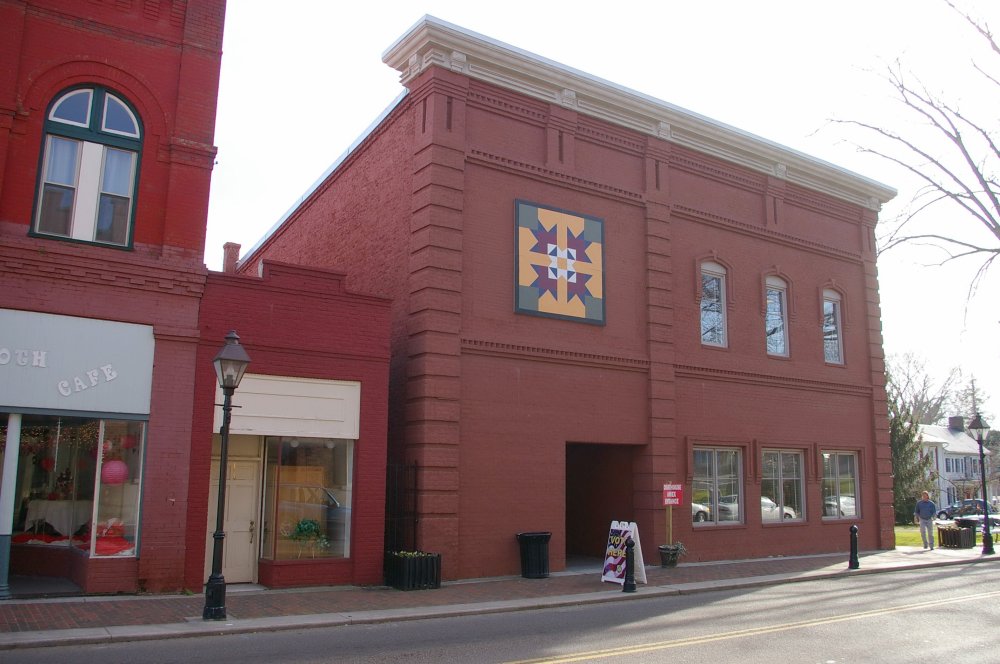 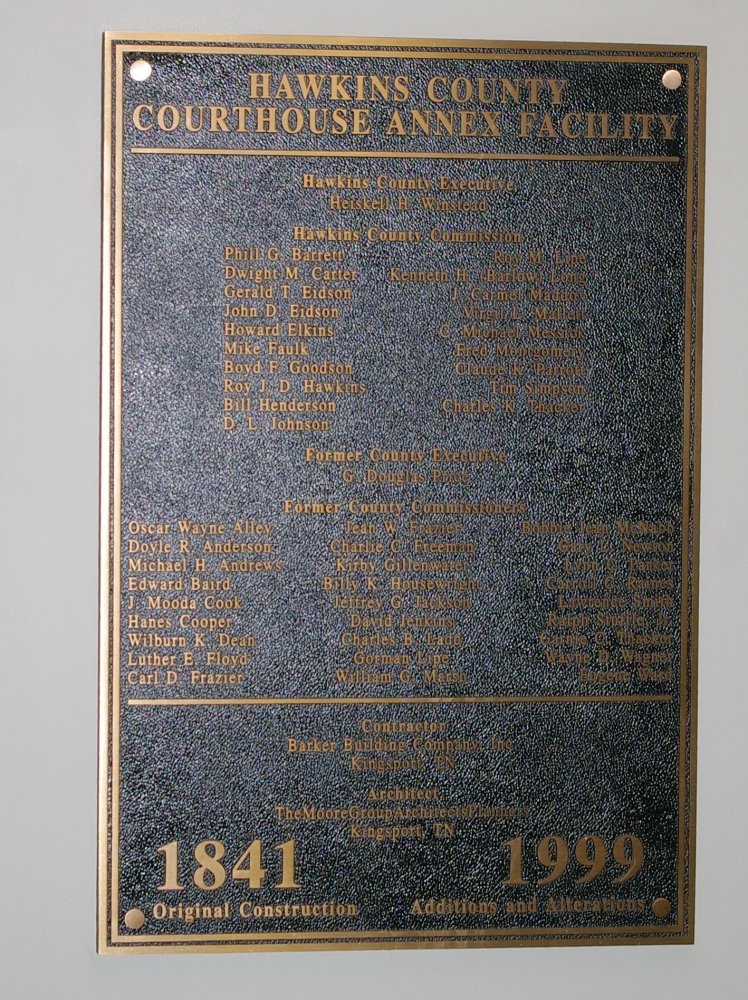 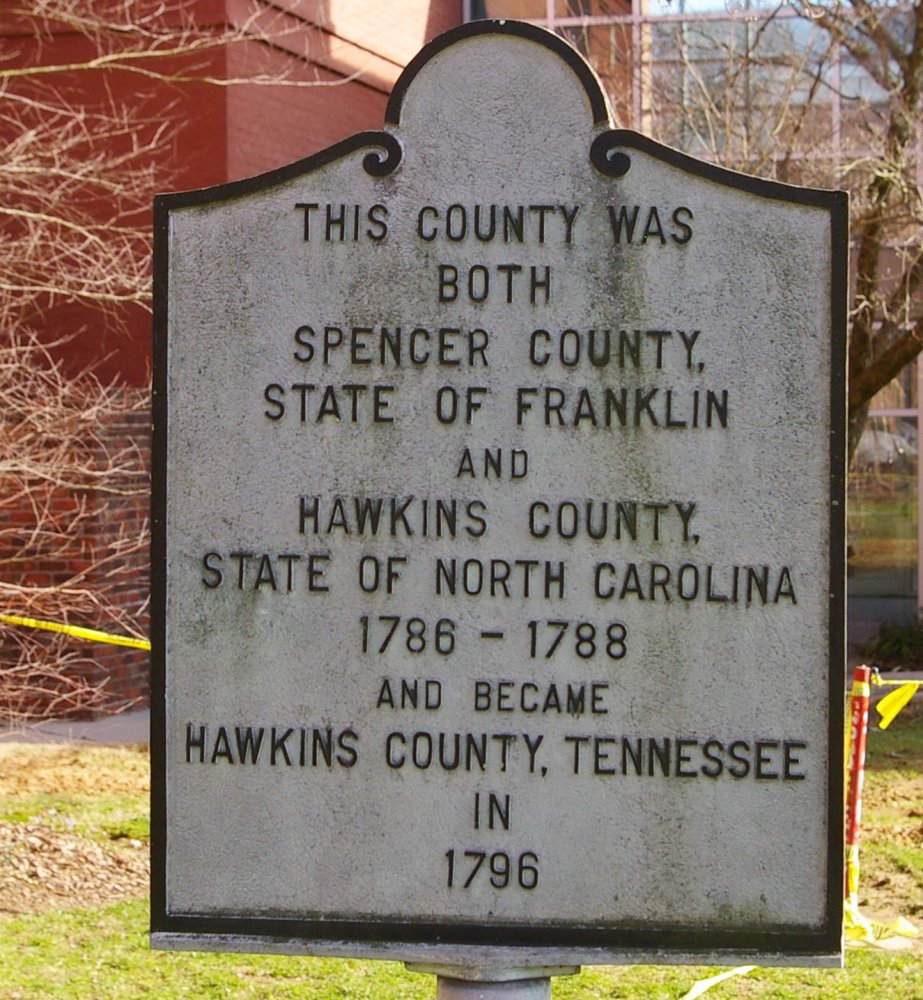