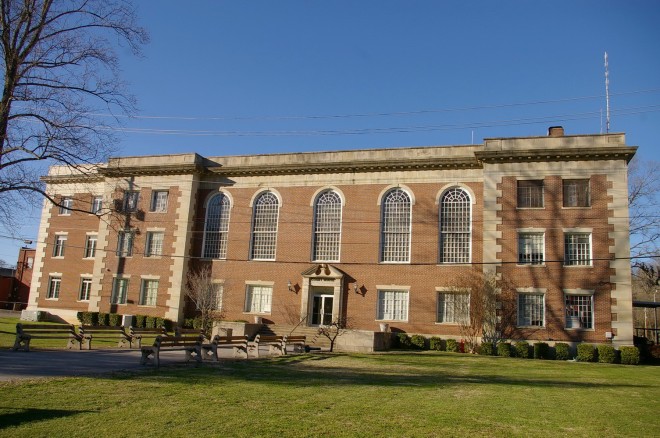 Cocke County is named for William Cocke, who was one of Tennessee’s first United Statwes Senators.

Architect:  Manley and Young of Knoxville

Description:  The building faces south and is a three story red colored brick and concrete structure. The building is located on spacious landscaped grounds in the center of Newport. The central entrances on the south and north sides are framed with stone. The south front has five large arched windows on the second story. The roof line is flat. The courtroom is located on the second story. 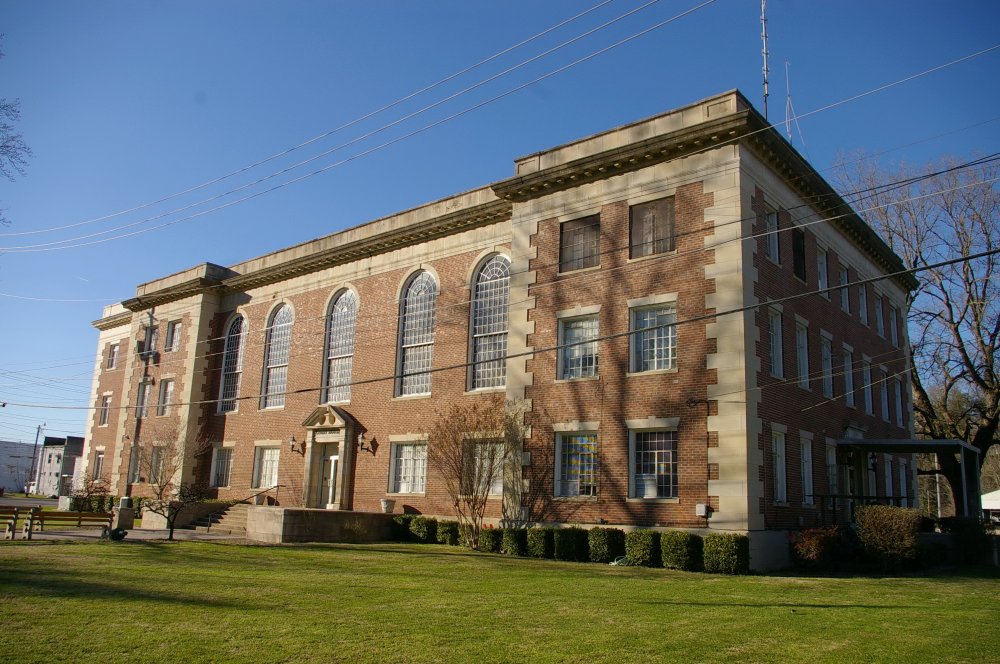 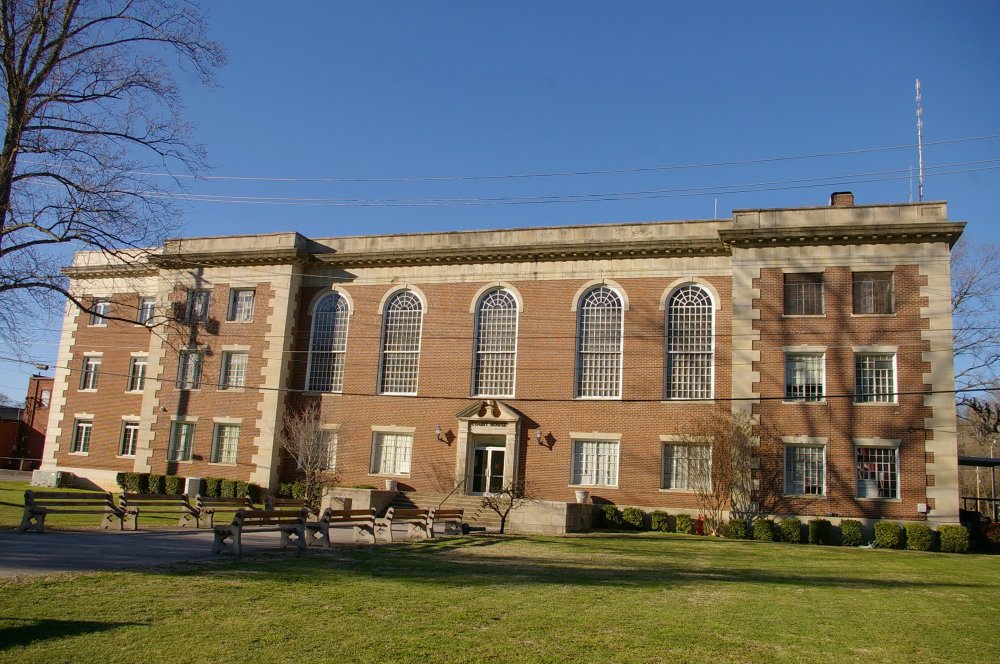 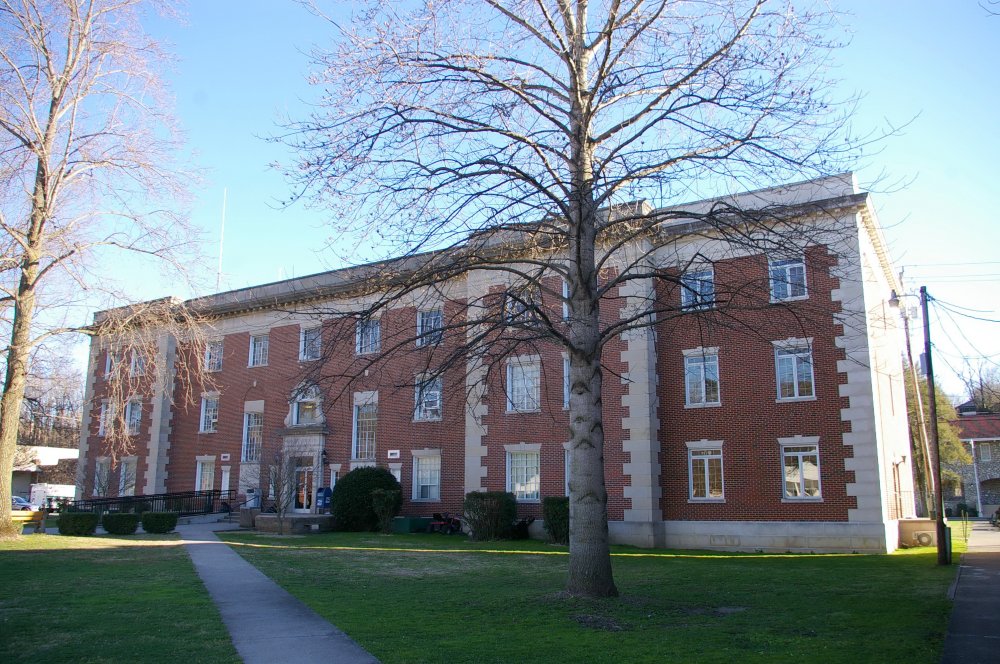 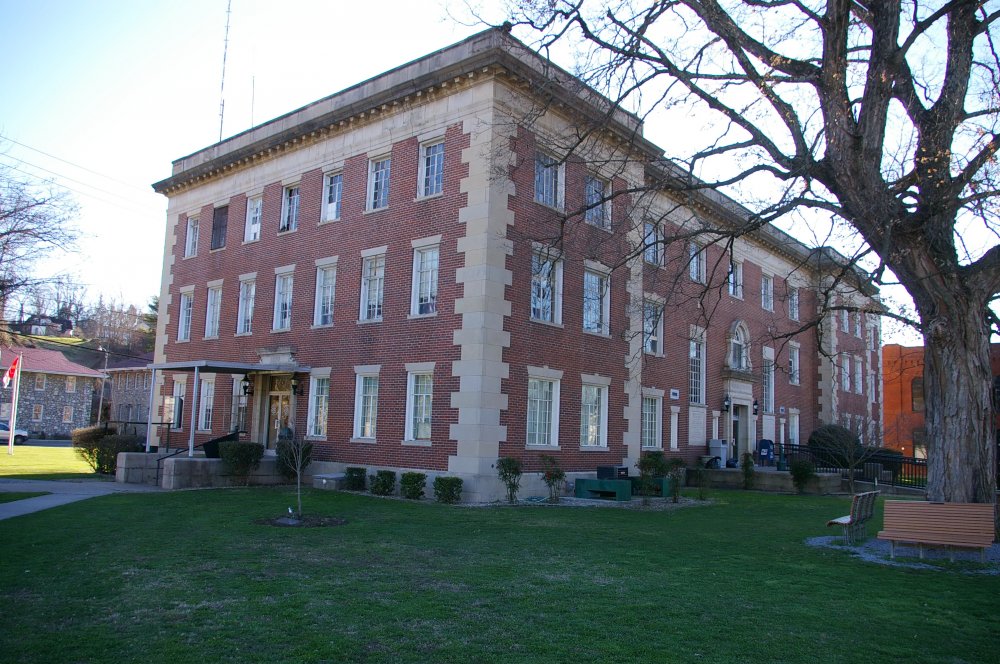 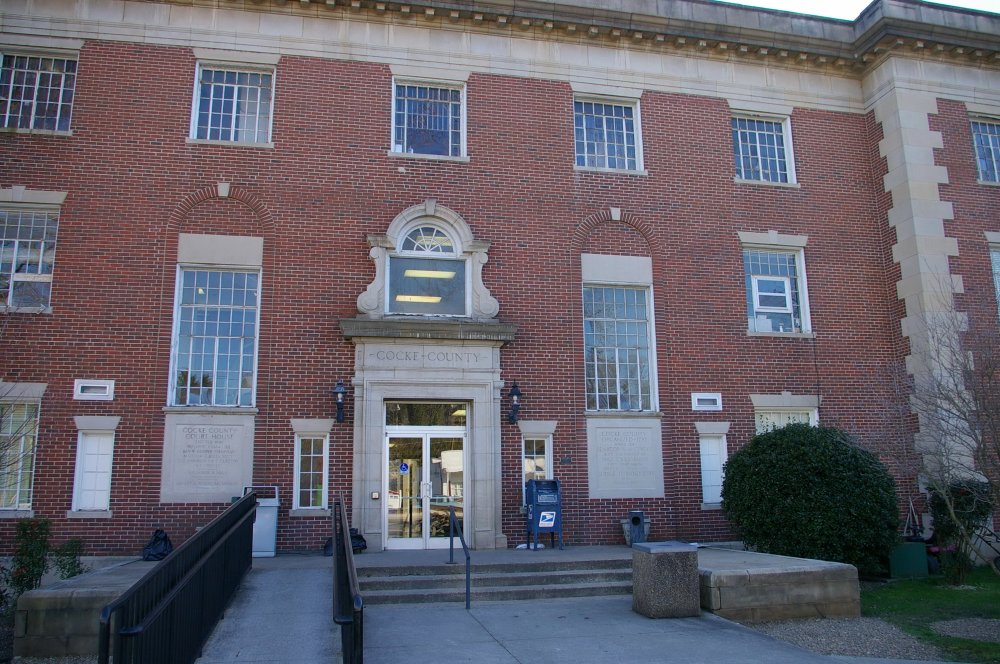 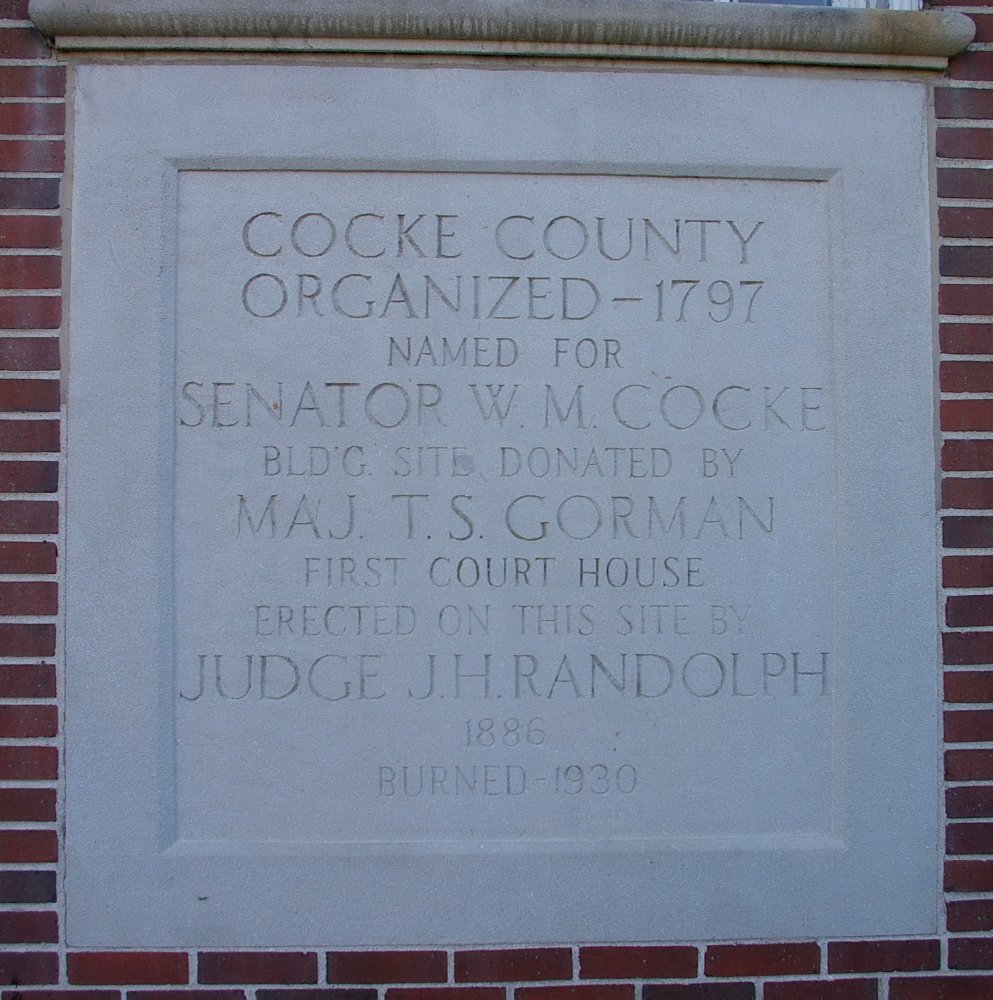 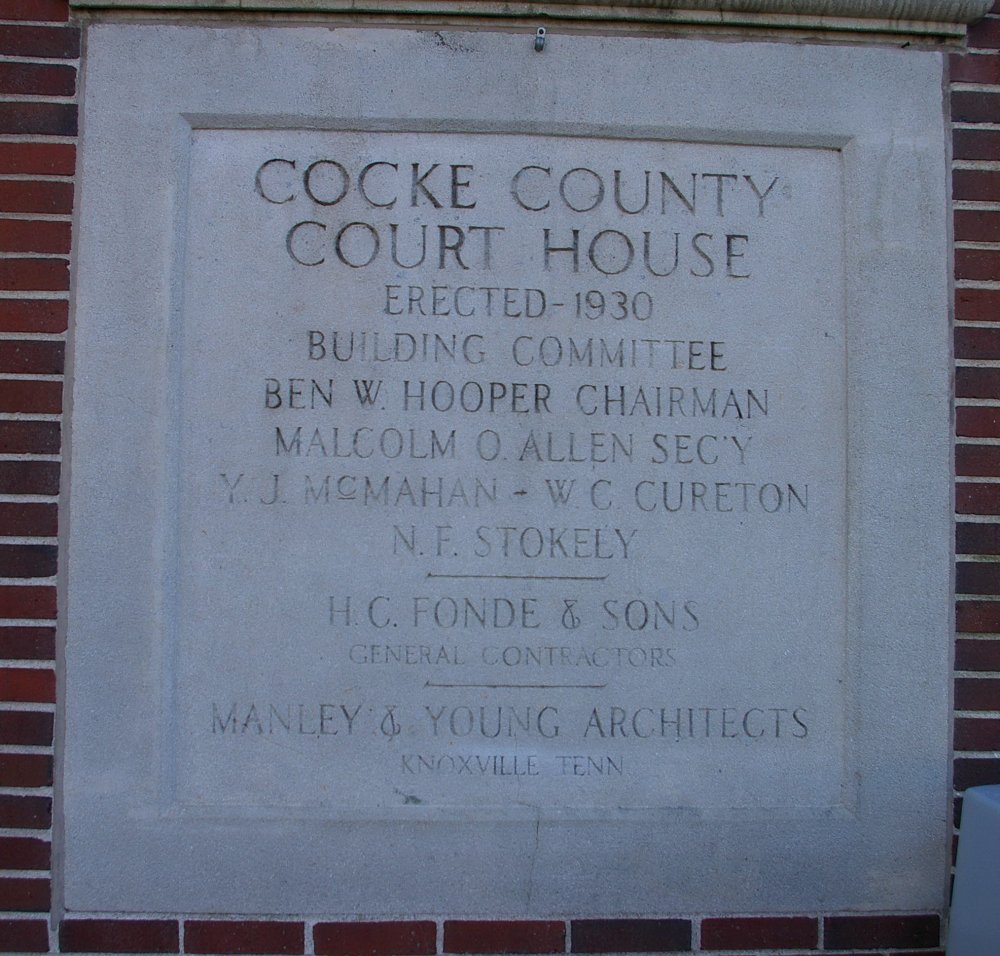