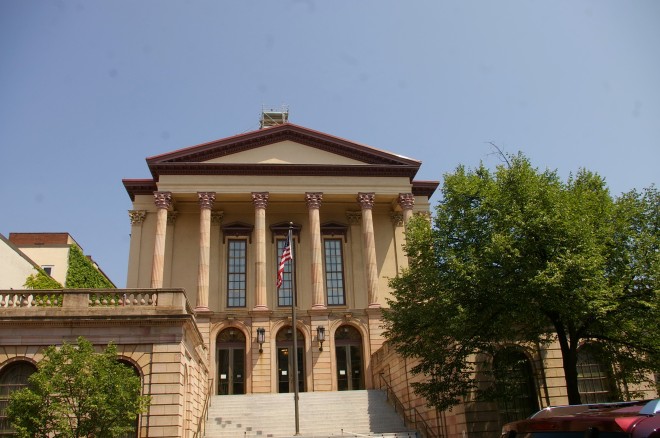 Lancaster County is named for the City of Lancaster in England, which was named after the House of Lancaster.

Description:  The building faces south and is a three story buff colored brick, stucco and stone structure. The south front has a large portico with three arched entrances on the first story and six columns rising from the second story to a wide pediment at the roof line. On the roof is a round cupola. An addition was built in 1898. The architect was James H Warner and the contractor was H N Breneman & Son. Further additions were built in 1920 and 1928 when the architect was C Emler Urban. On the north side is a modern four story red colored brick annex constructed in 1n 1973 to 1975.The architect was Buhart Associates and the contractor was Wohlsen Construction Company. 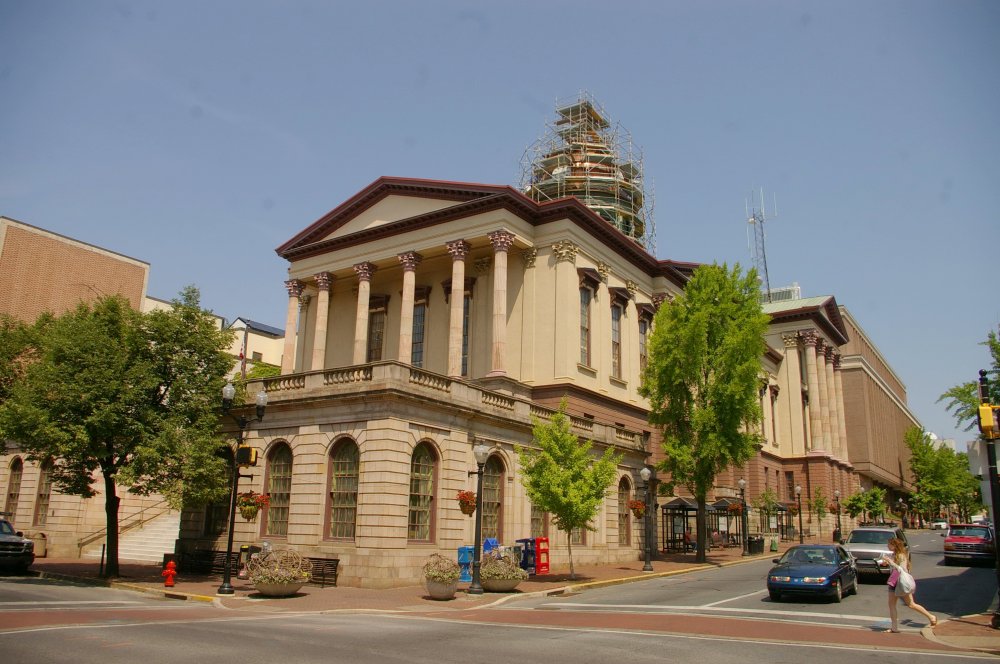 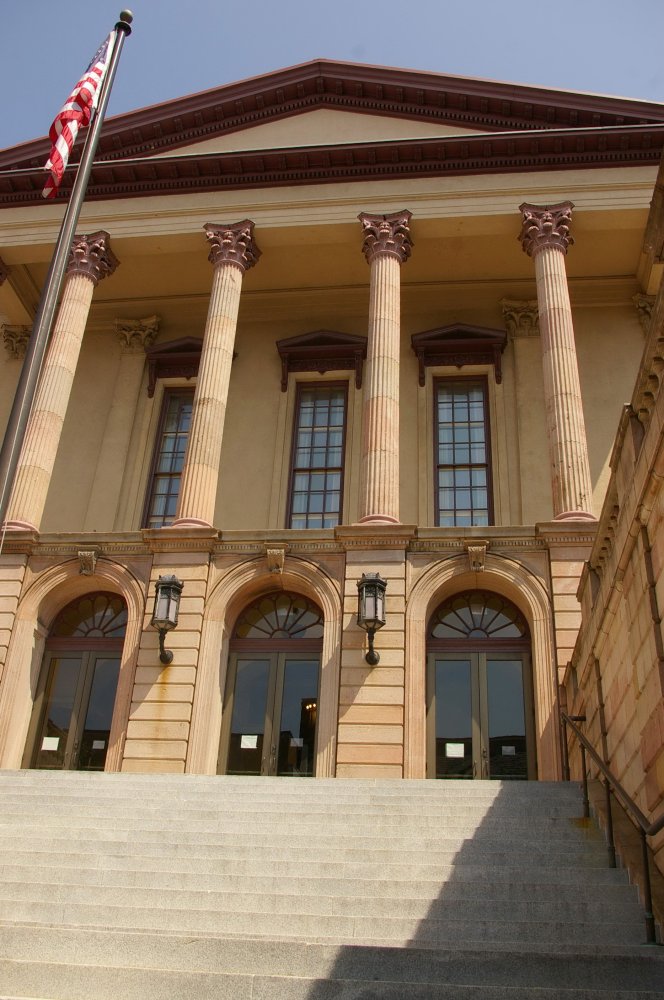 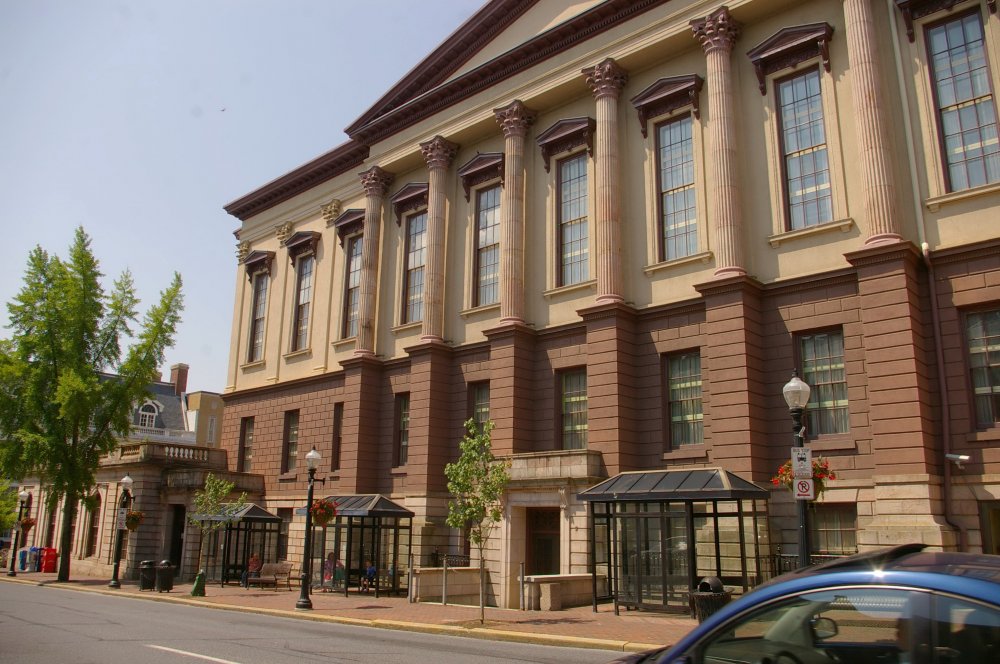 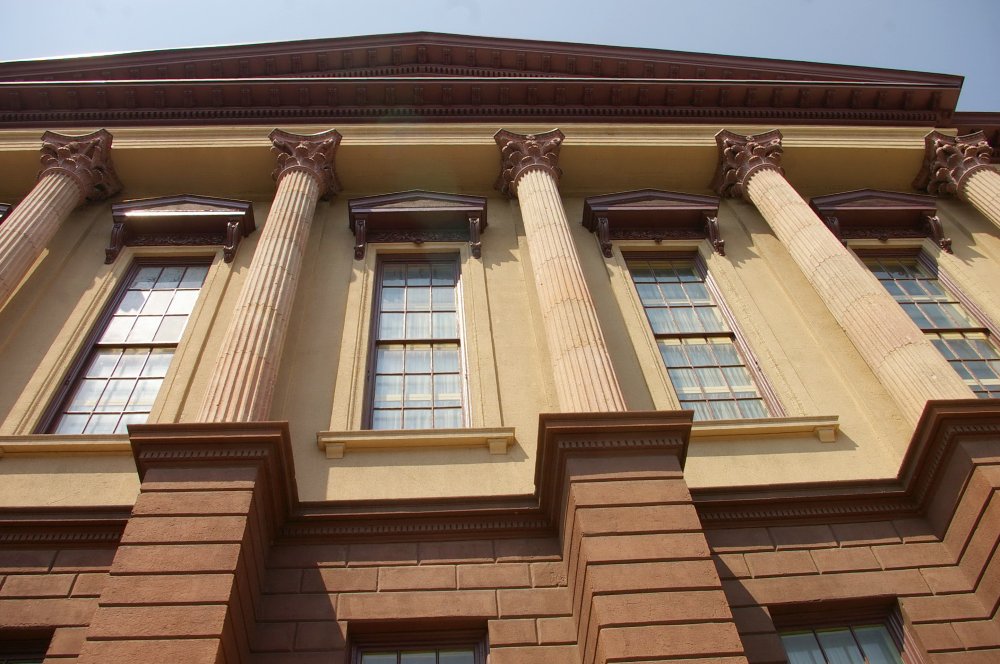 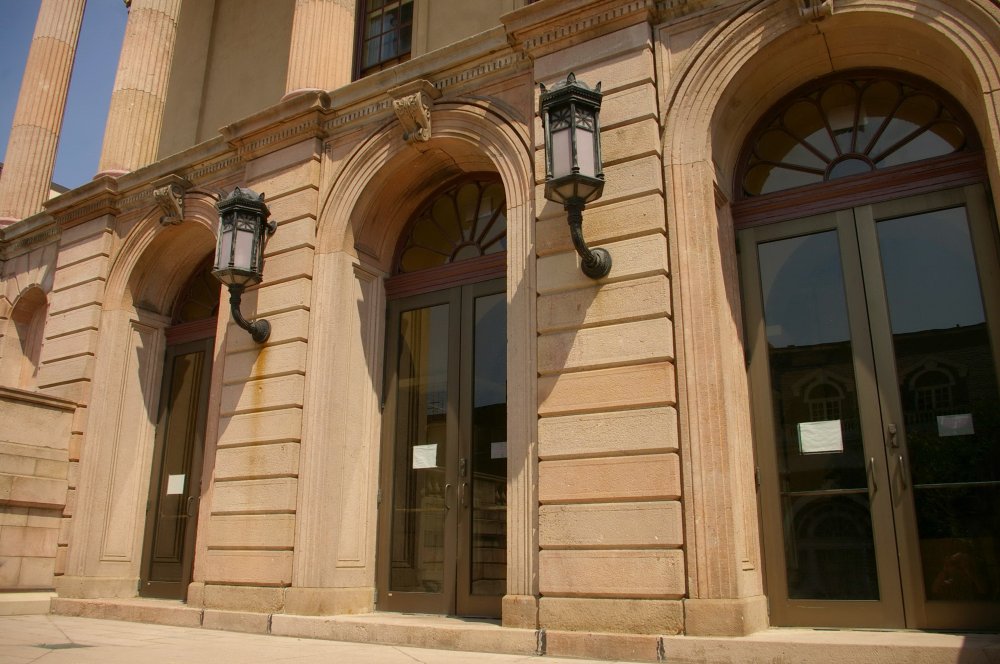 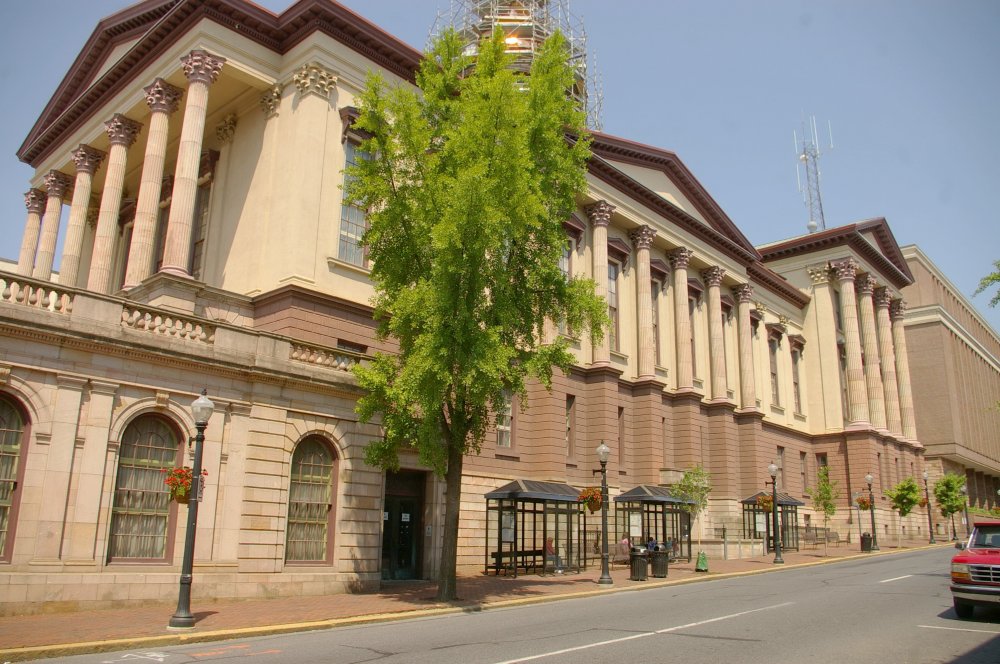 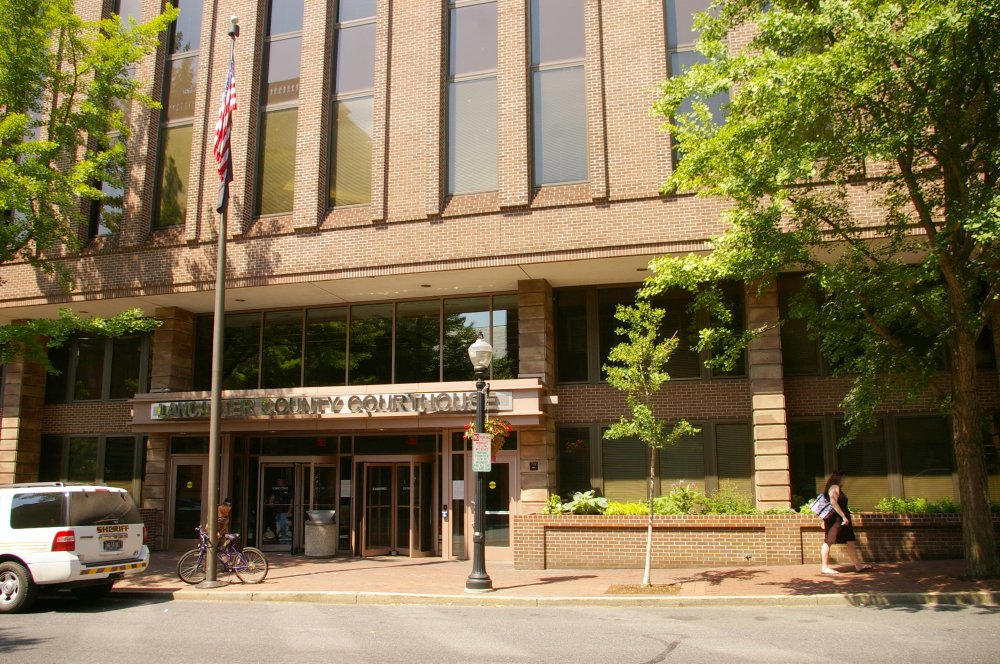 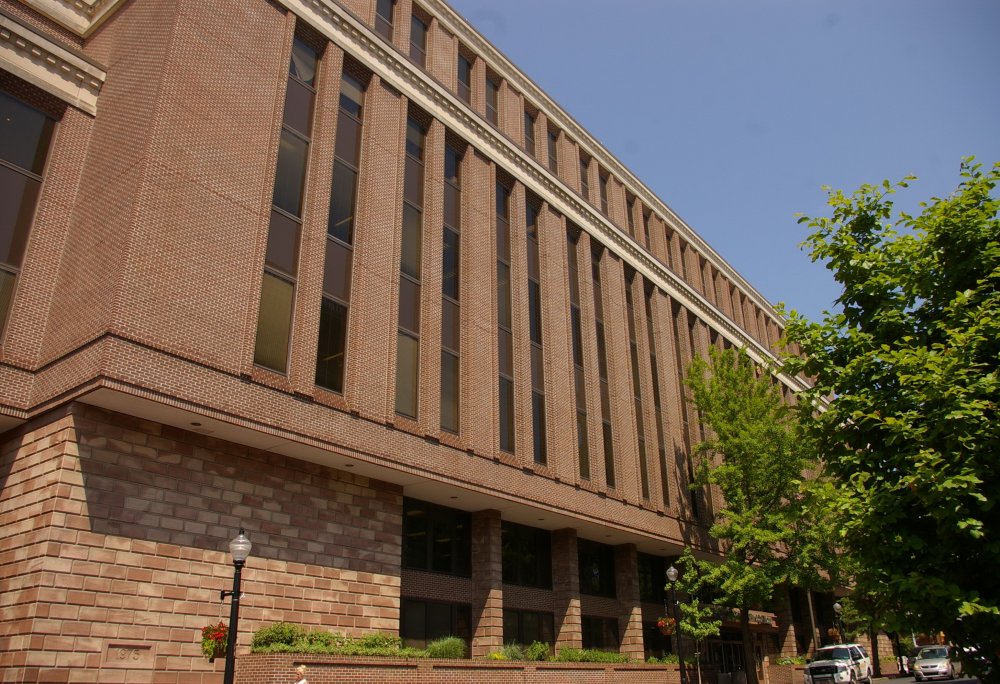 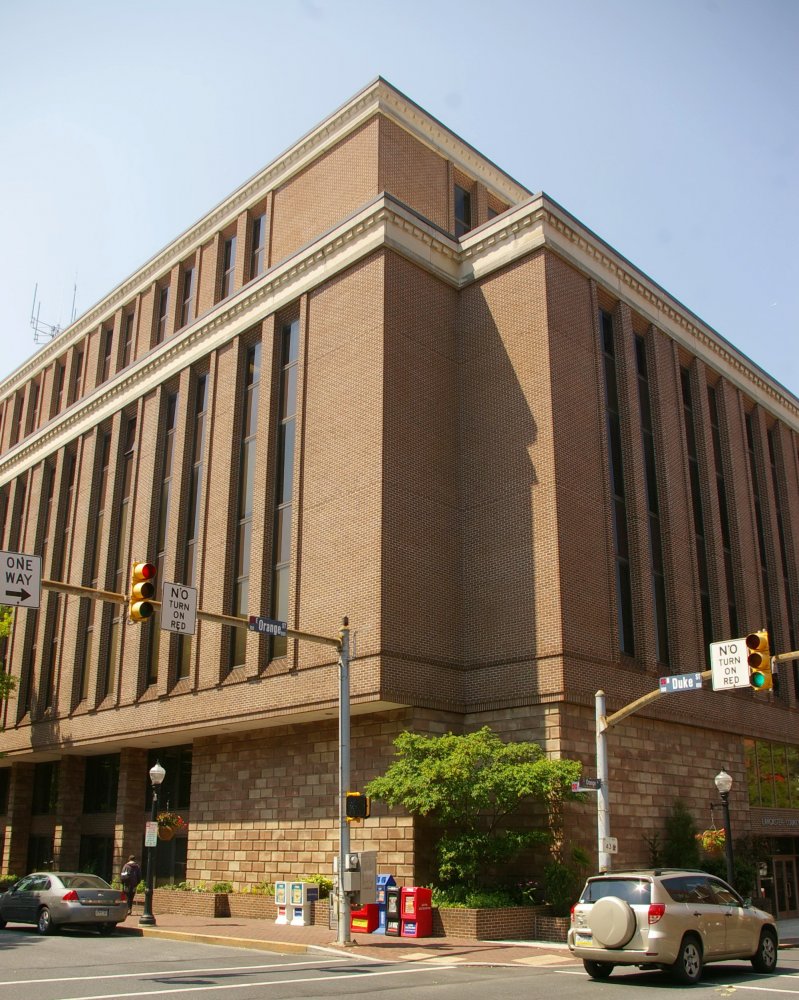 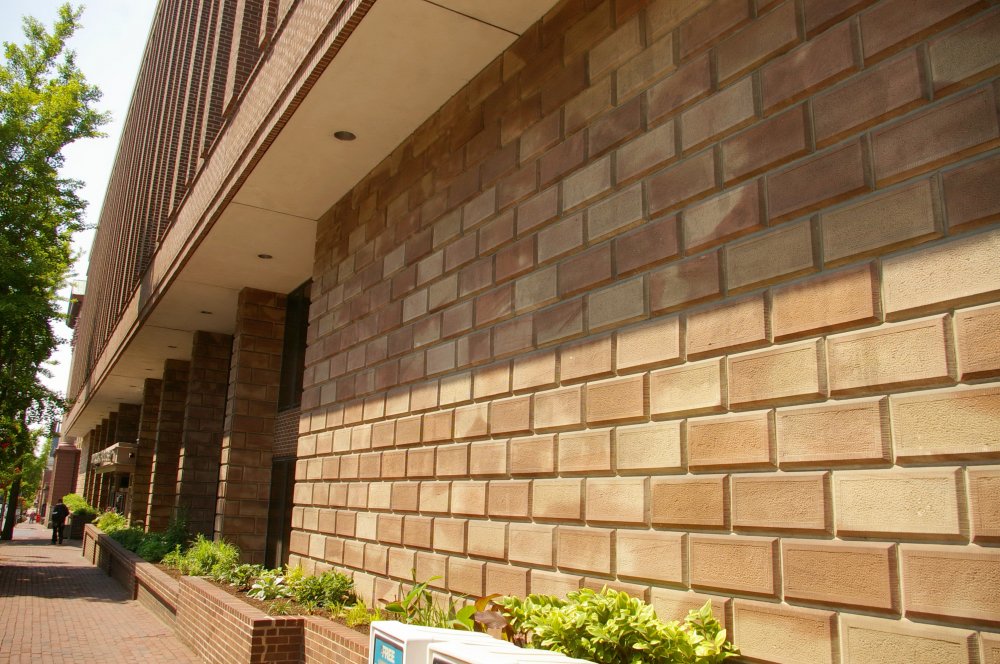