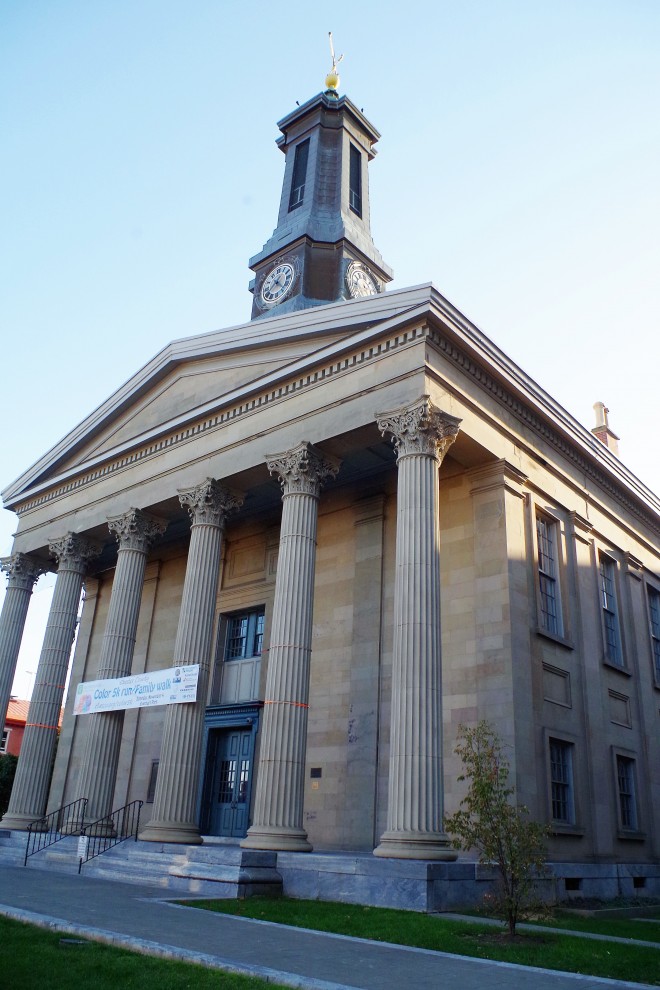 Chester County is named for the City of Chester in Cheshire in England.

Description:  The building faces northeast and is a two story gray colored limestone structure. The building is located on landscaped grounds with a park area along the north side. The building a “T” shape. The east front has a large portico with six Corinthian columns rising to a wide pediment at the roof line. There is a central entrance on the first story.  On the roof is a high square clock tower. A gray colored Indiana limestone annex was constructed on the west side in 1891 to 1893. The architect was T Roney Williamson and the contractor was Plummer E Jefferis. In 1964 to 1966 an addition was constructed on the north side of the  1893 annex. The architect was Badder, Young & Schultz. 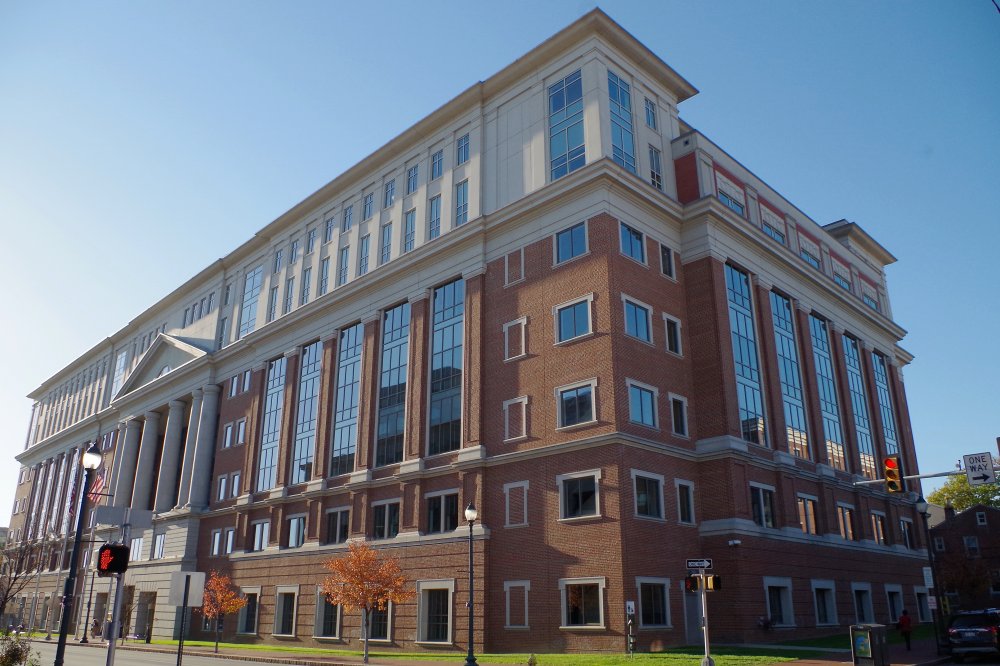 Description:  The building faces southeast and is a seven story buff colored brick and concrete structure. The building is rectangular and comes to the street line. The east front has a central entrance on the first story with three rectangular opening. Above on the third to fifth stories is a recessed porch with six columns rising to a pediment on the sixth story. The upper stories are faced with white colored concrete siding. The roof line is flat. The project manager was Joseph Jingoli & Son Inc. of Lawrenceville, New Jersey. 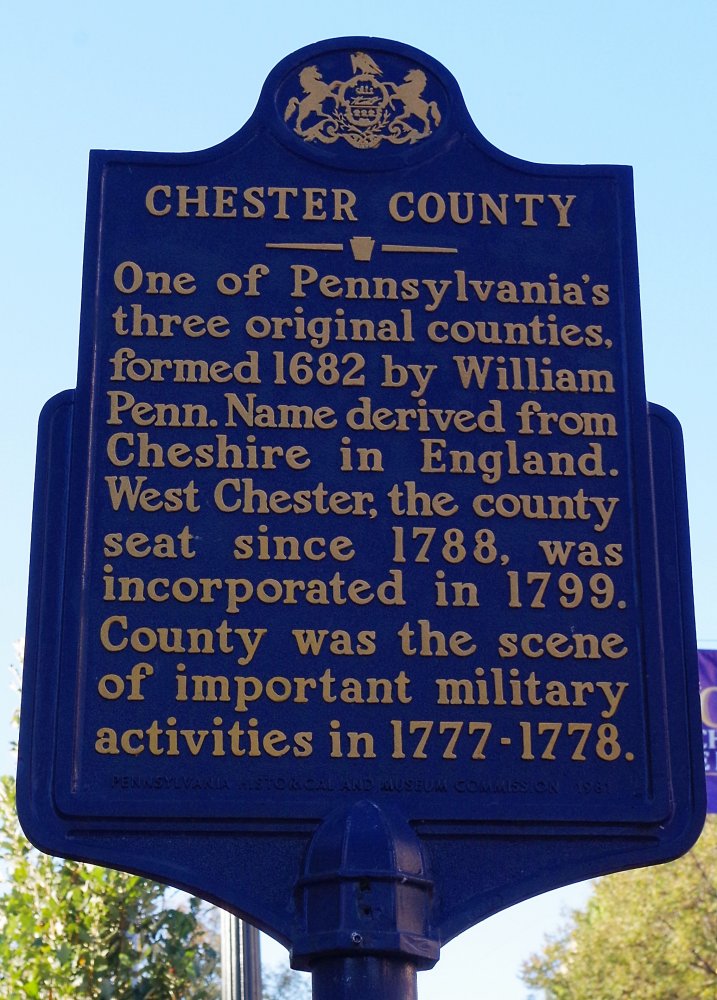 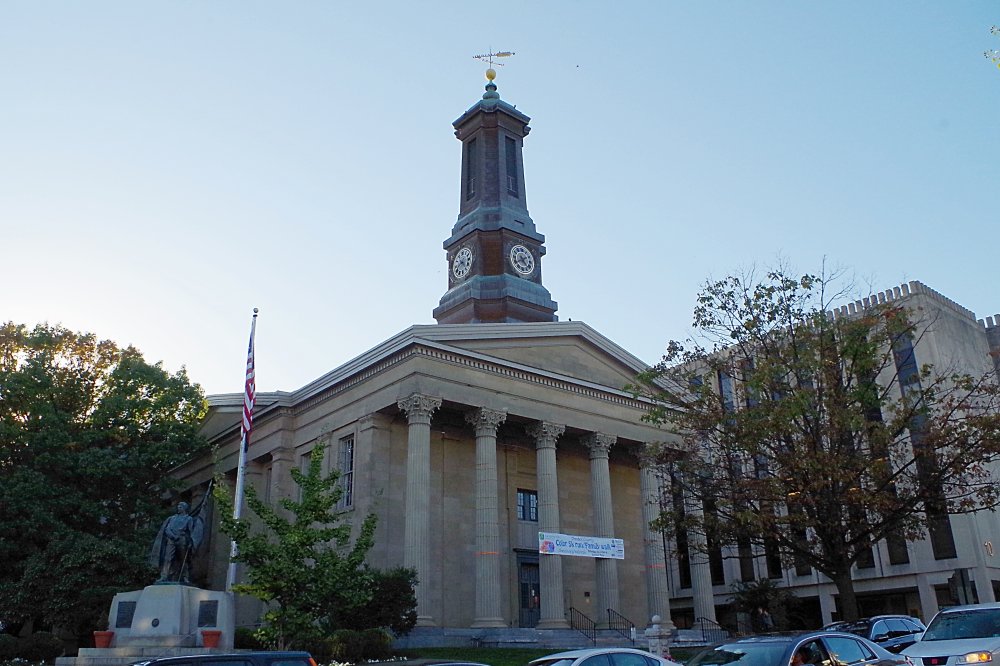 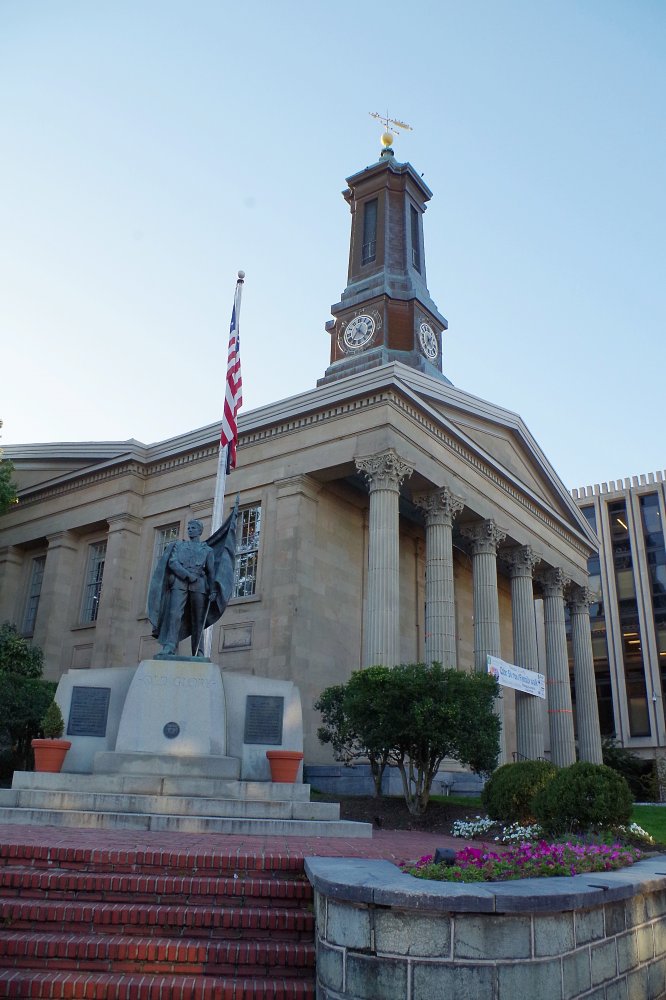 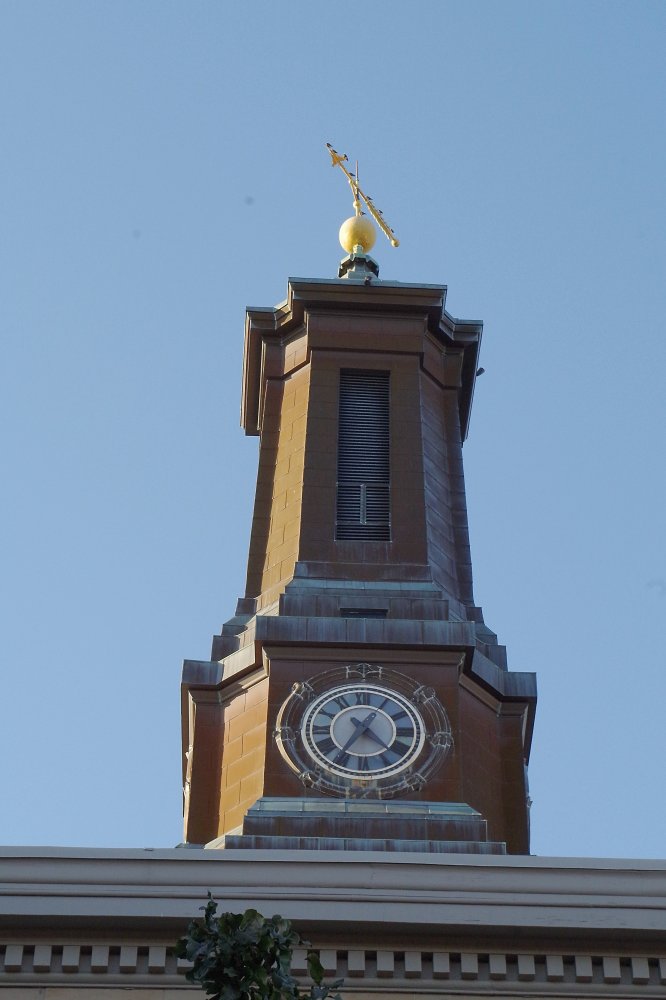 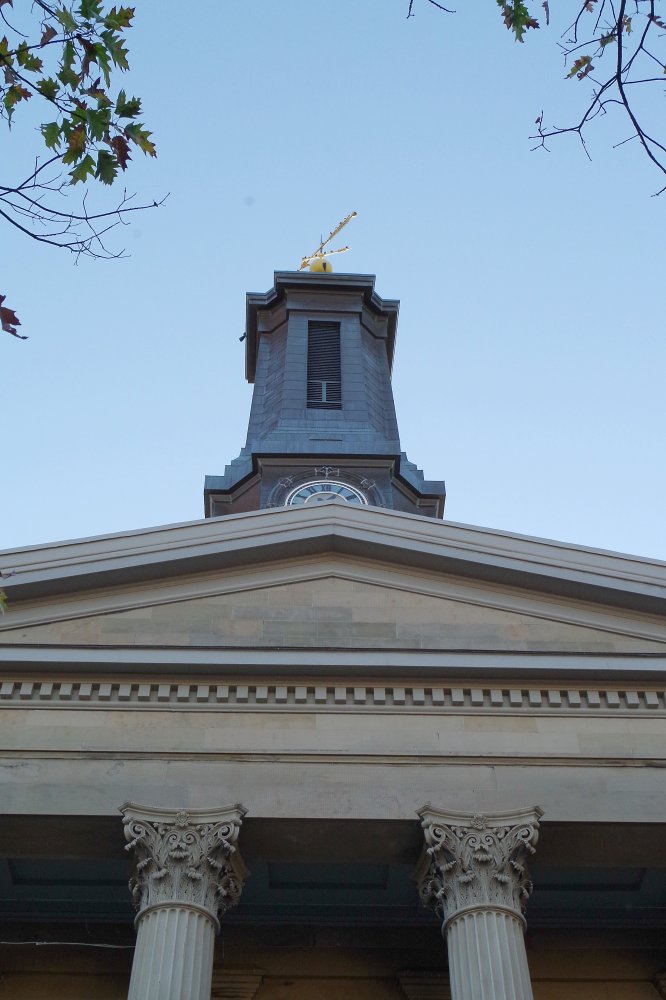 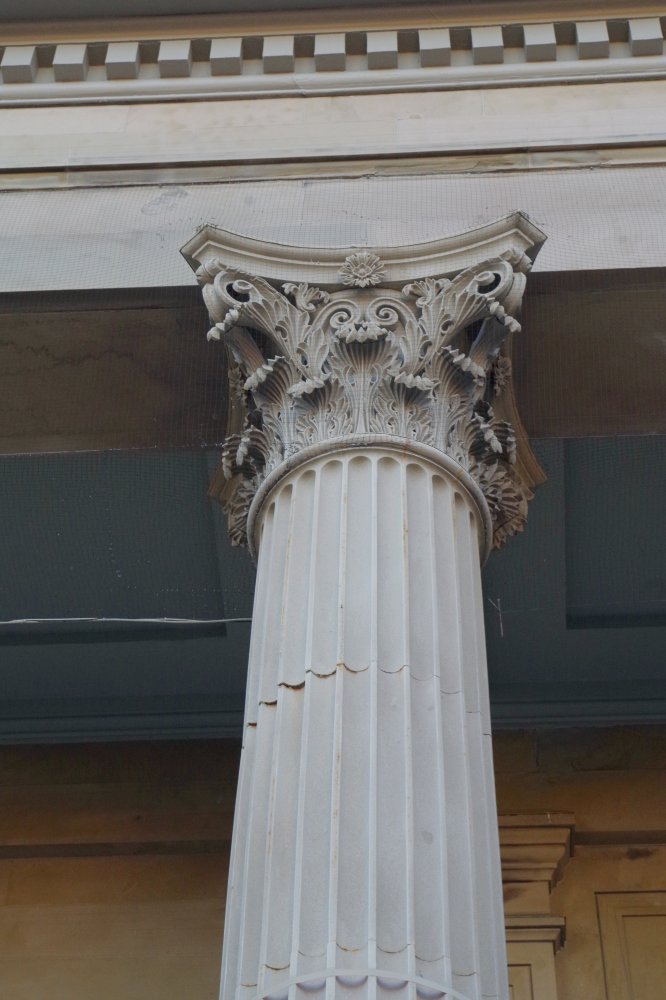 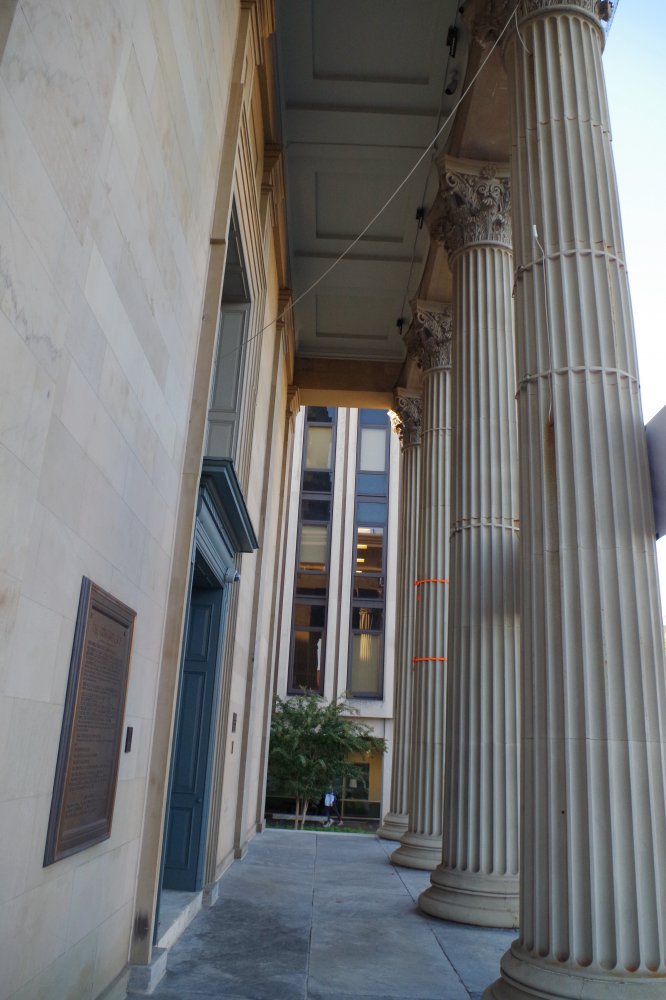 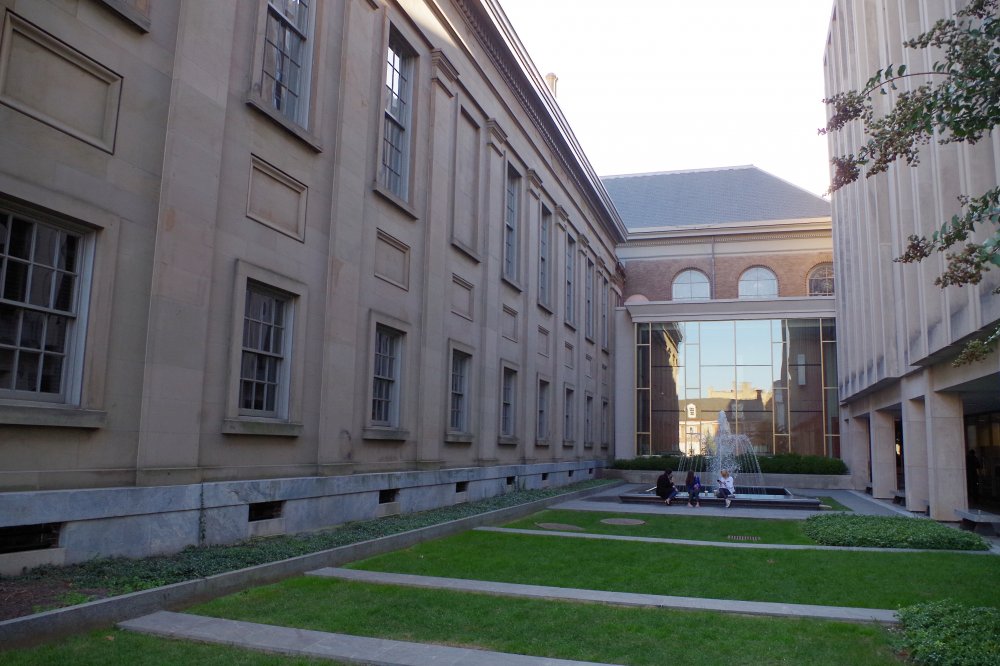 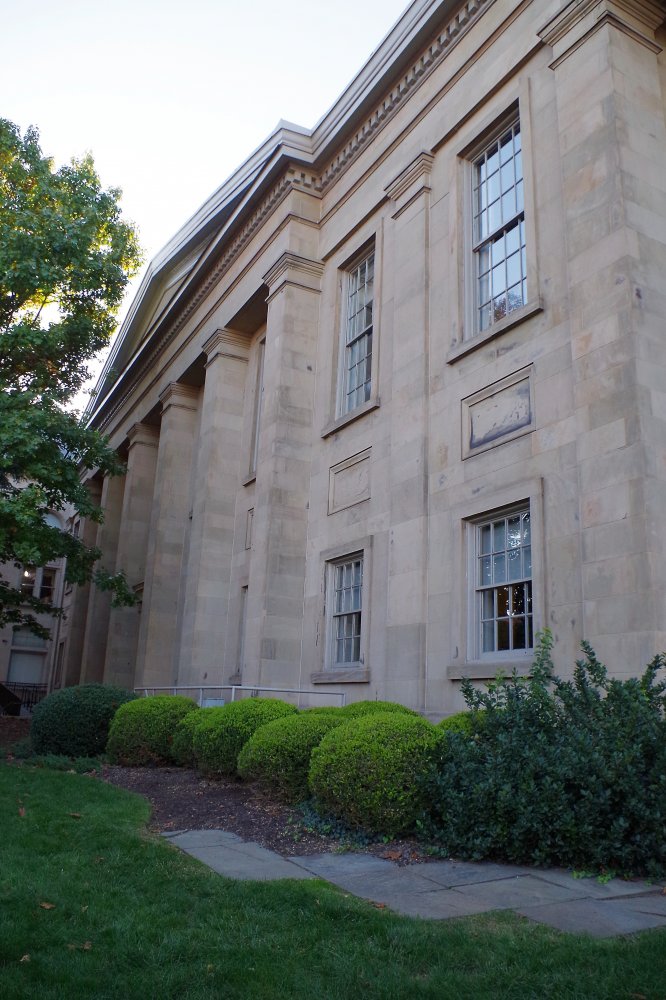