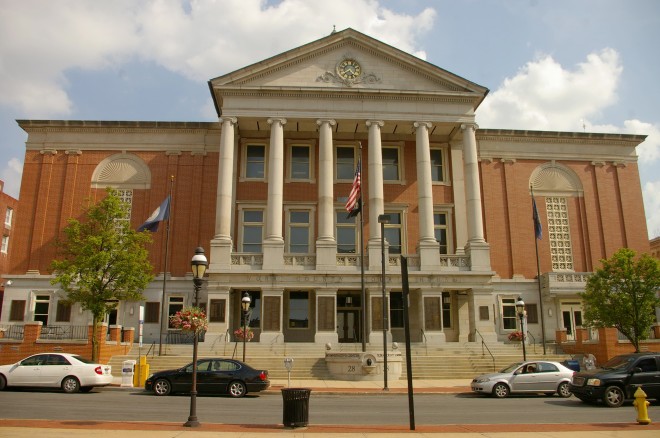 York County is named for the city of York in England, United Kingdom.

Description:  The building faces north and is a two story red colored brick structure. The north front has a large portico with five opening on the first story and six Ionic columns rising from the second story to the top of the third story with pediment at the roof line. The east and west wings have central entrances with small balconies on the second story. On the hipped roof are three round cupolas. An addition was constructed in 1959 on the east and west sides. The architect was Clarence L Forre. The building is now the York County Administration Center. 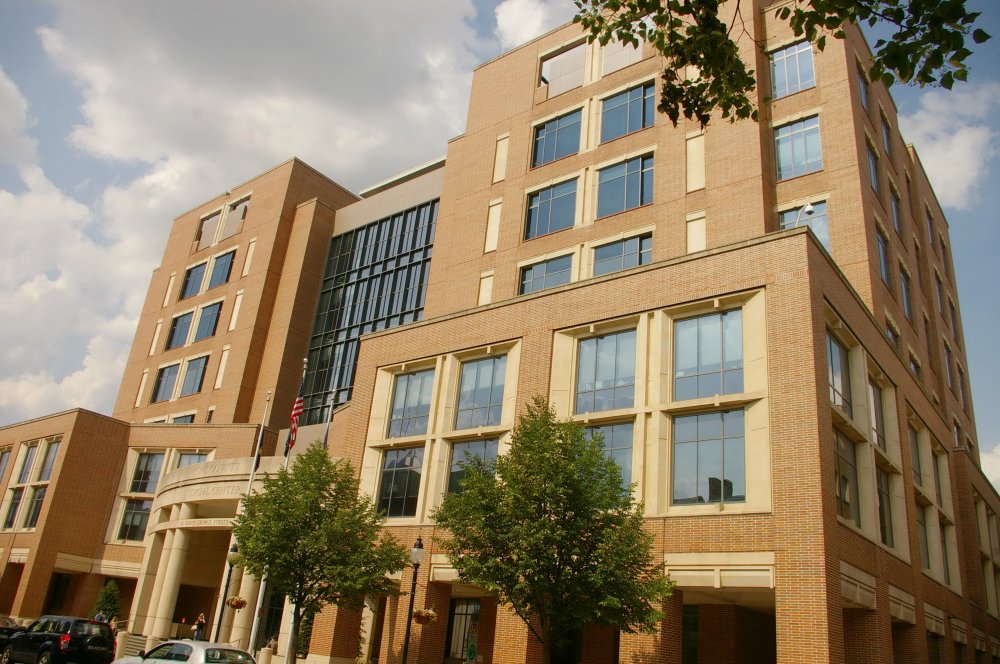 Description:  The building faces west and is a six story red colored brick, glass and concrete structure. The west front has a semi-circular portico with recessed entrance. On the north and south are two story projecting sections. Behind the portico is a sold glass wall with large towers on the north and south sides. The roof line is flat. 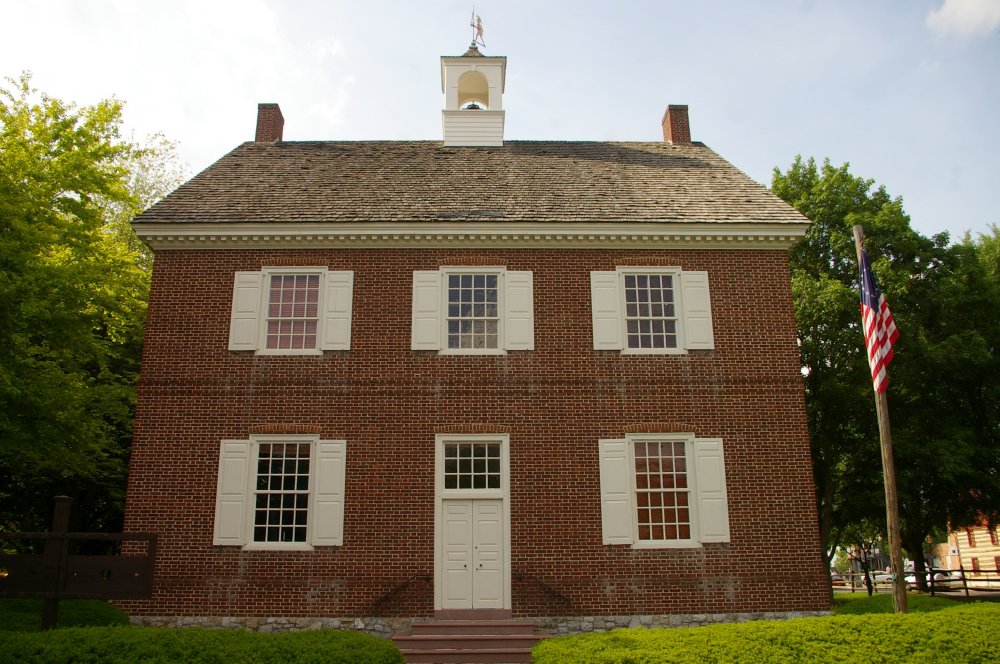 Description:  The building faces south and is a two story red colored brick and wood structure. The building is located on spacious landscaped grounds. The building was reconstructed in 1976. The south side has a central entrance. The windows have white colored shutters. The roof is hipped with a small white colored cupola at the center. 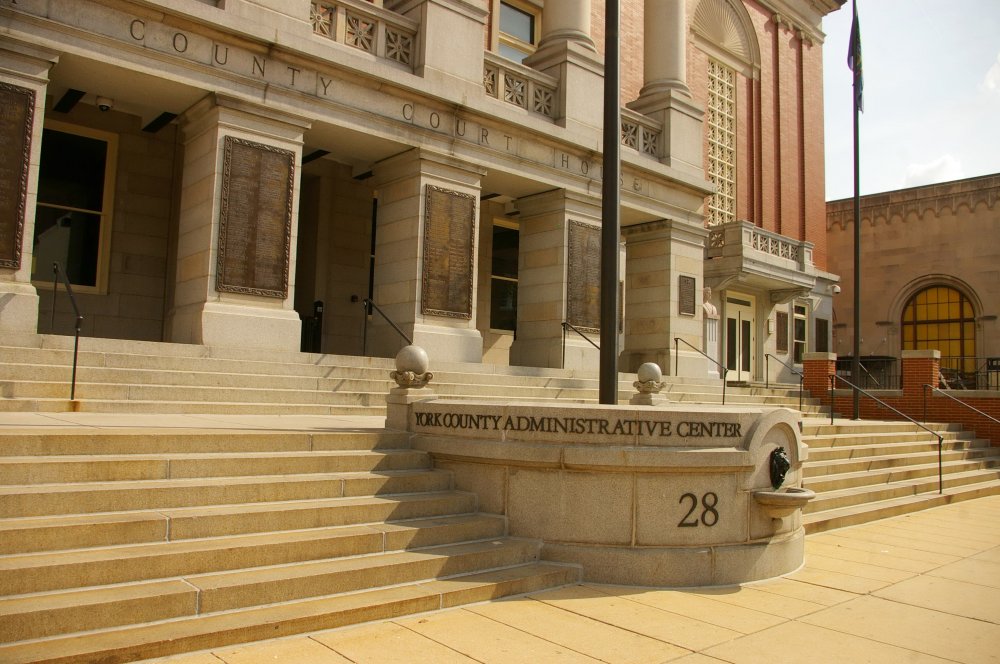 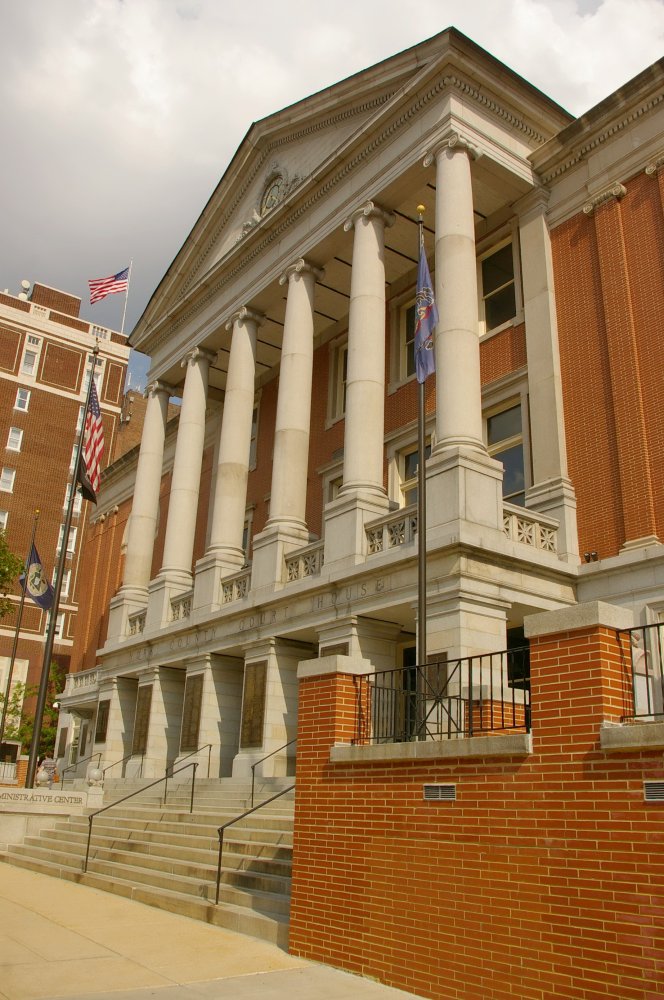 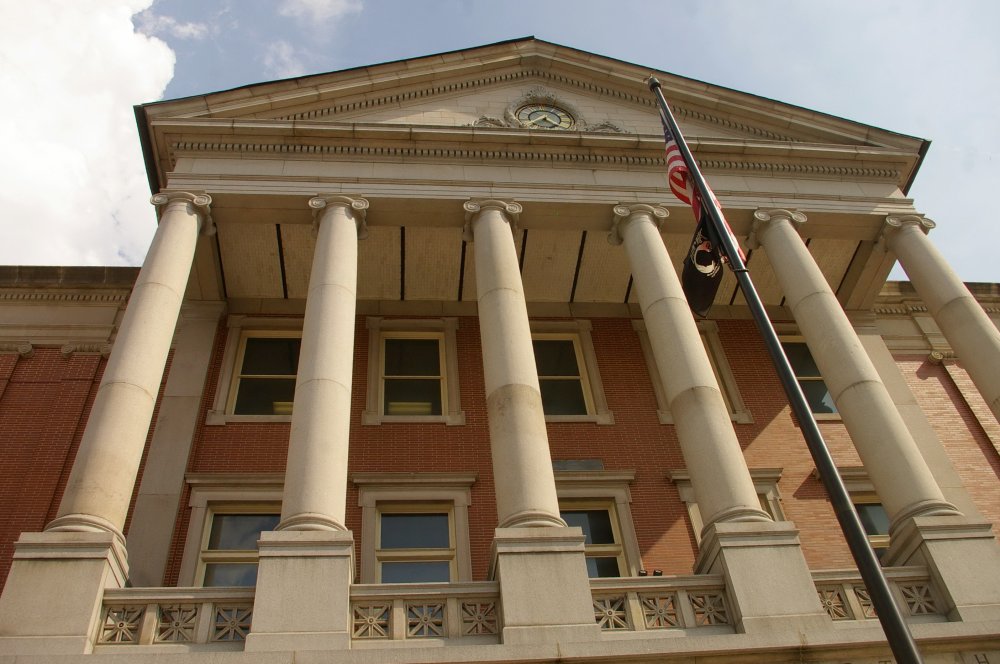 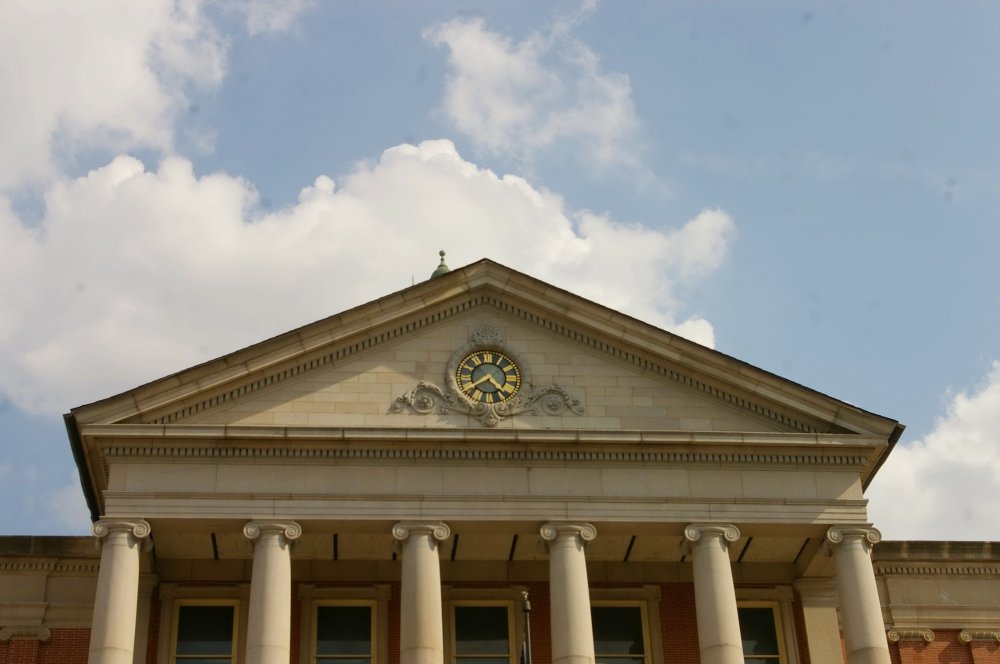 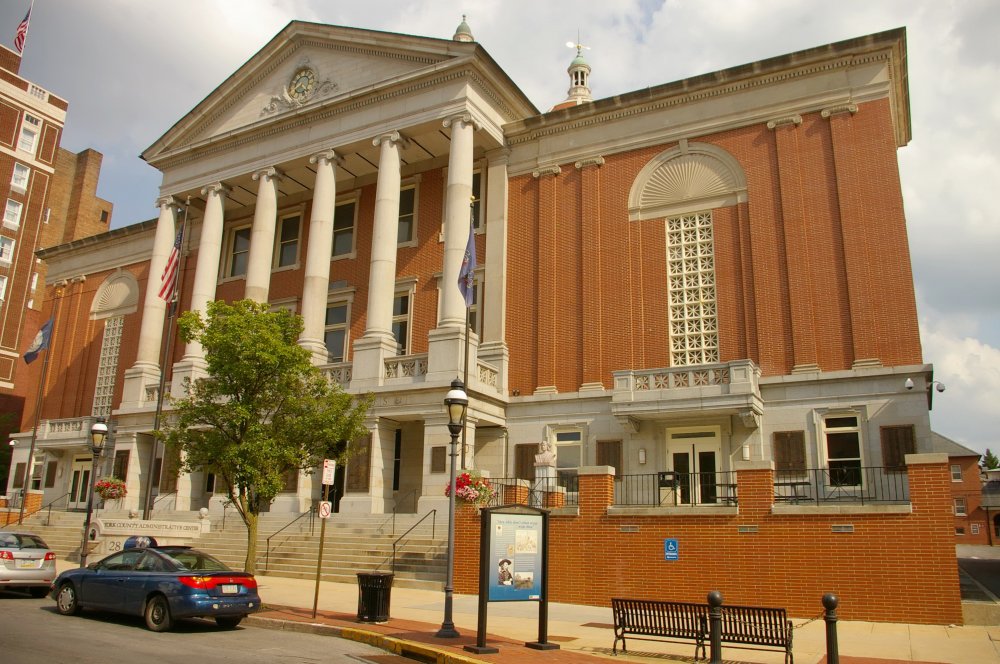 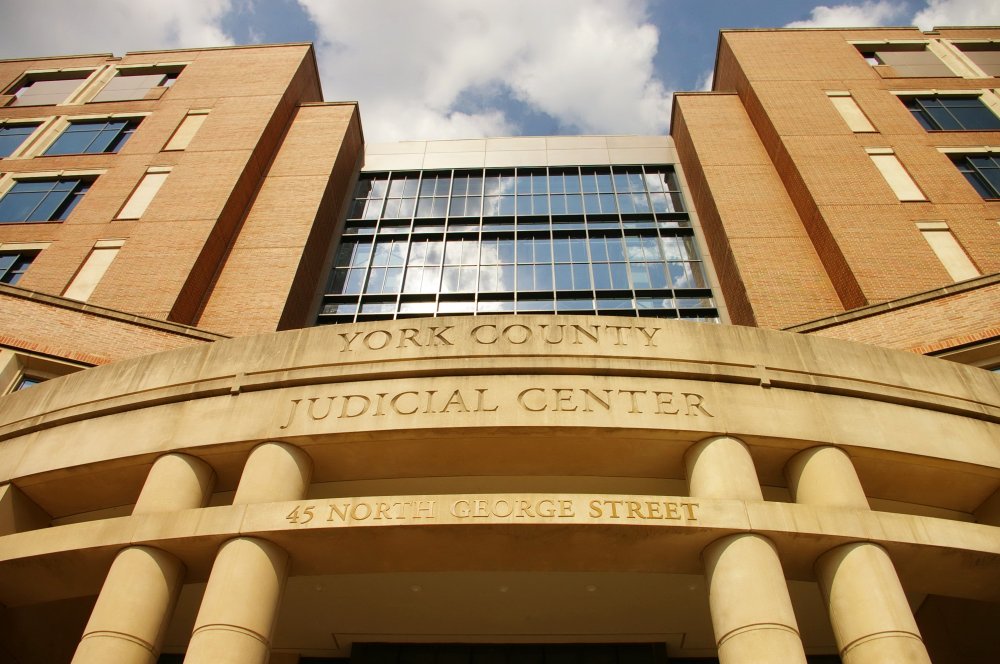 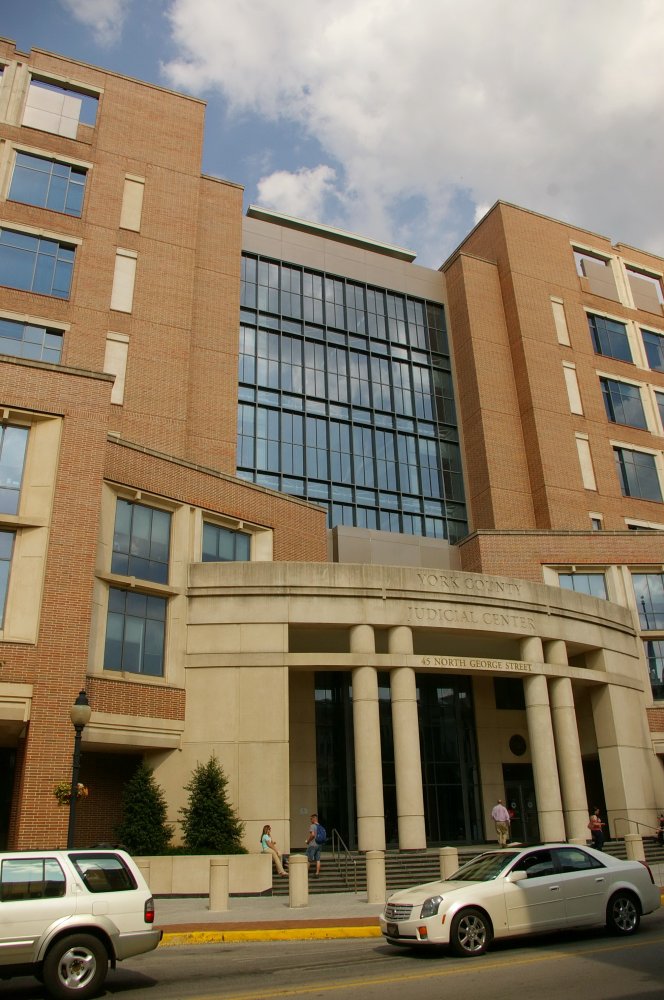 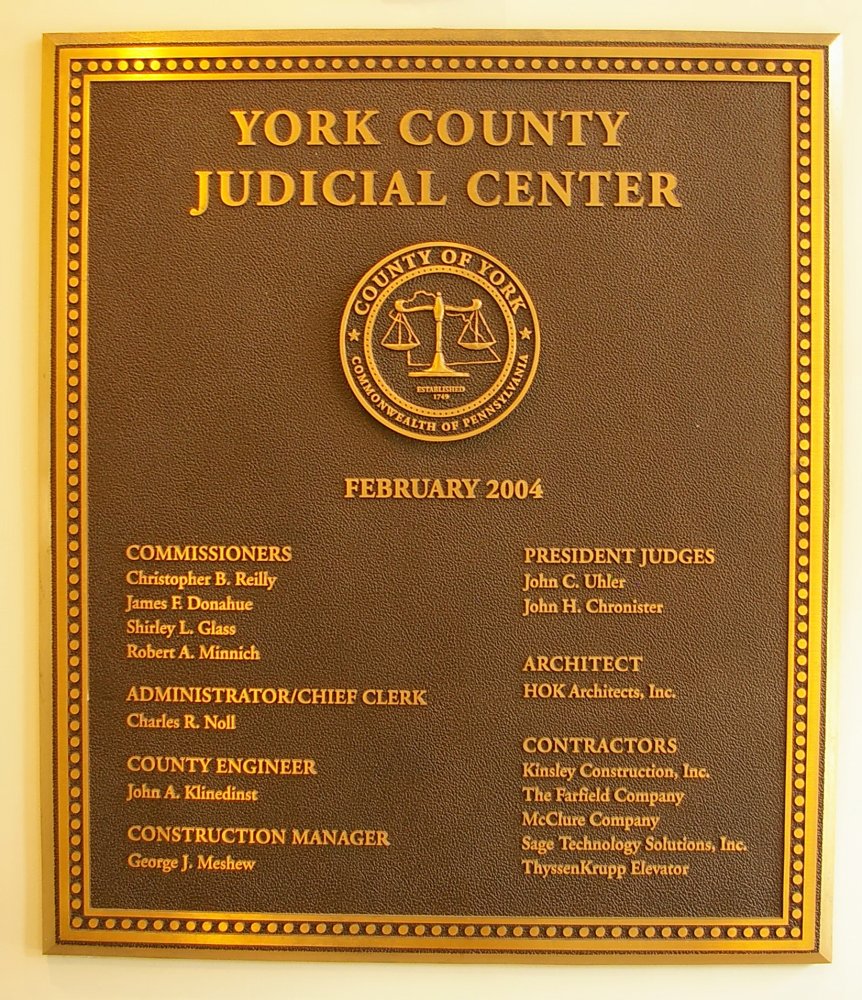