Lake County is named for Lake Erie as the county borders the lake.

Description:  The building faces southeast and is a two story red colored brick and gray sandstone structure. The south front has a large portico supported by four large stone columns rising to a wide header with a high square stone clock tower above. At the top is a high green dome with wing spread eagle. The first story entrance has a stone pediment above the stone trimmed doorway. The wide cornice runs below the flat roof line.

Note: The architect John Milton Dyer of Cleveland and the contractor George W Carmichael and Company also designed and constructed the courthouse in Summit County. Description:  The building faces east and is a two story red colored brick structure. The building served as the courthouse until 1909 and is now the Painesville City Hall.. Description:  The building faces south and is a one story red colored brick structure. At the west side is a higher five story building which forms part of the H T Nolan Admninistration Center. 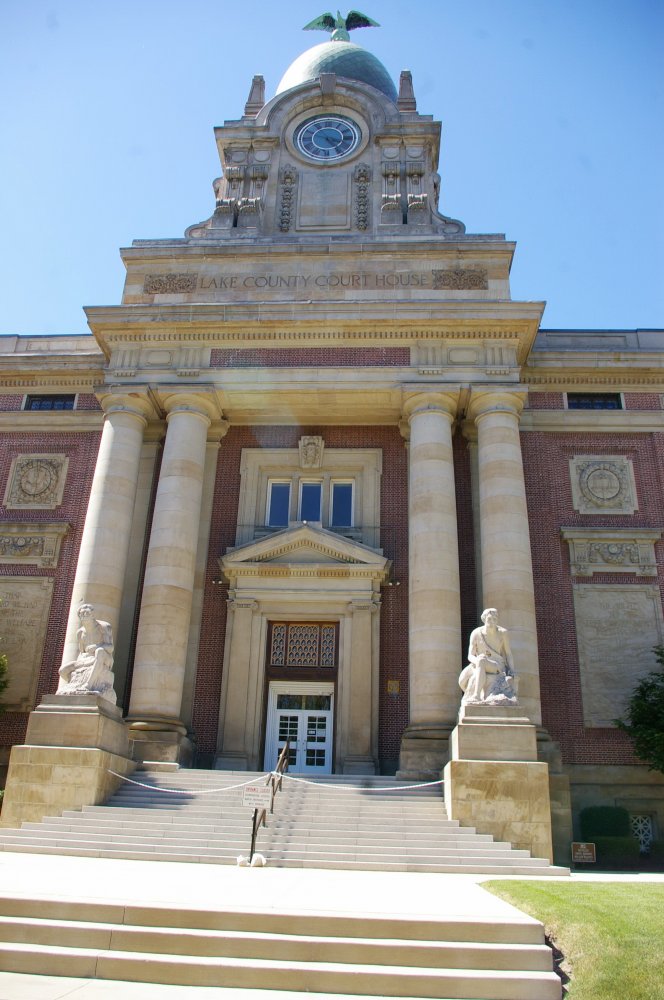 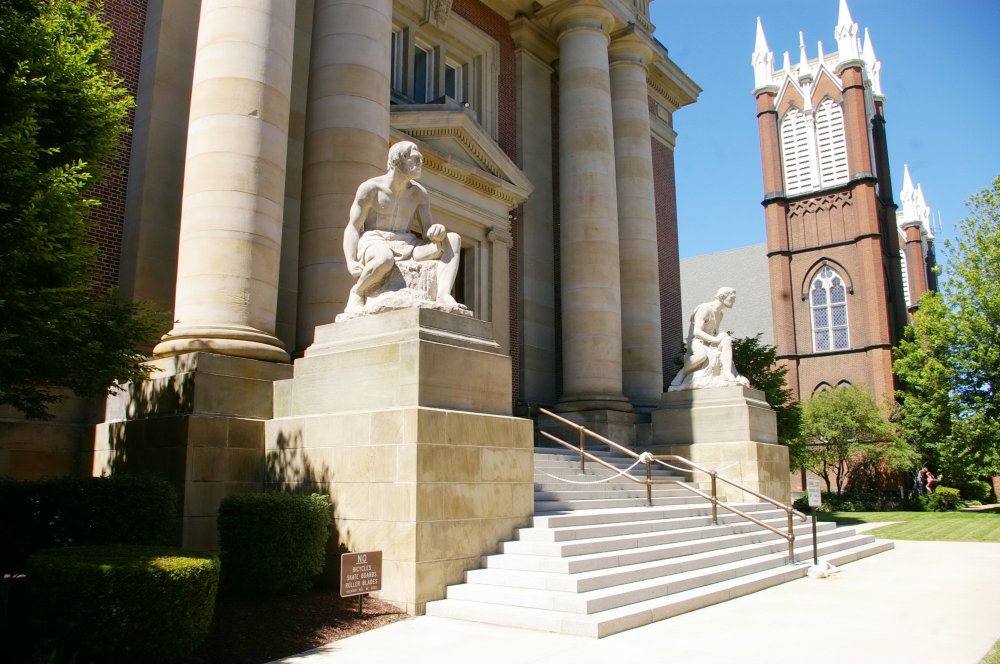 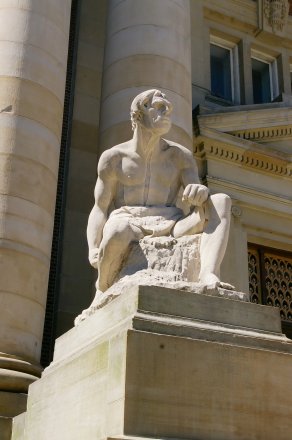