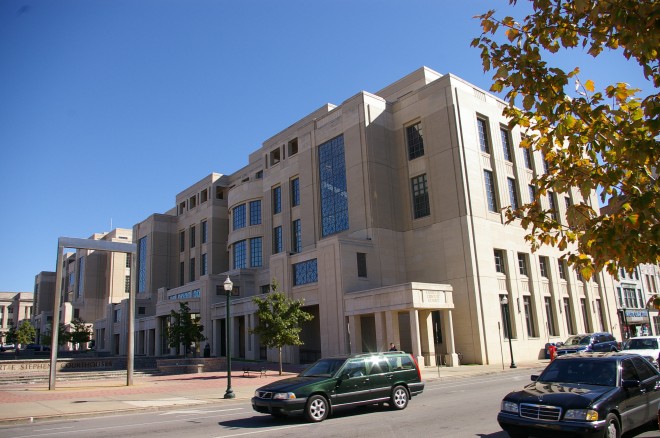 Fayette County is named for Gilbert du Motier, marquis de La Fayette, who was a French general who fought in the American Revolutionary War and who lived from 1757 to 1834. 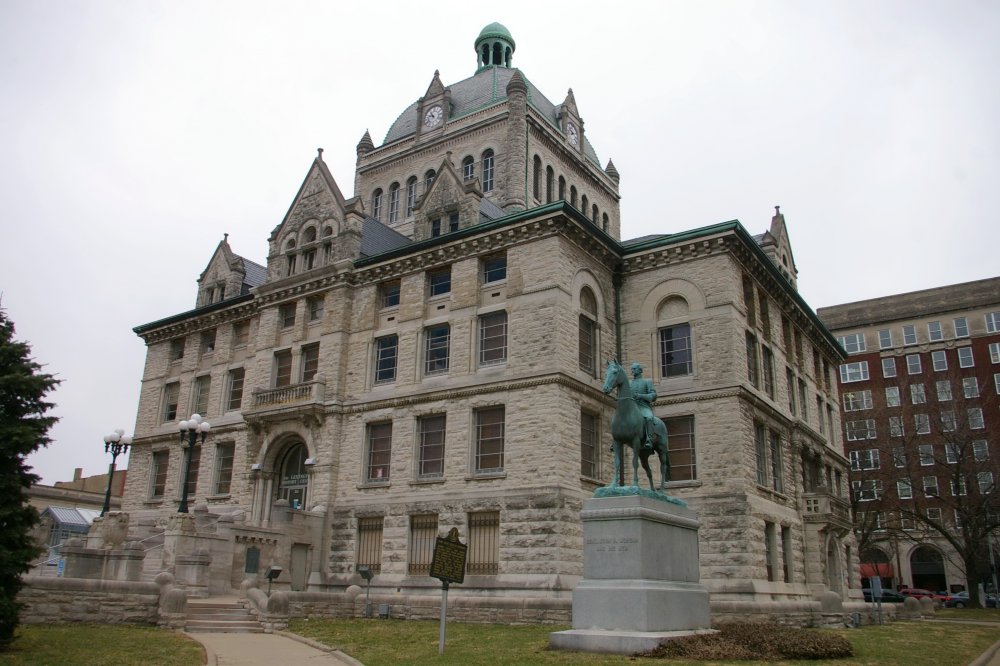 Description:  The building faces south and is a four story gray colored stone structure. The building is located on Courthouse Square and is a Greek cross shape. The south front has a projecting center section with arched entrance on the first story with small balcony above and rising to a peaked dormer at the roof line. Each side of the building has similar entrances. On the center of roof is a large square dome with clock and circular cupola at the top. The building is now the Lexington History Museum. The building served until 2001.

See:  The architect, Israel J Lehman and Theodore Schmitt of Cleveland, Ohio, designed the courthouse in Ohio in Cuyahoga County. Architect:  Chris C Weber and E A Weber of Cincinnati and Fort Thomas

Description:  The building faces north and is is a twelve story brick, stone, ceramic tile and metal structure. The building was formerly the Lafayette Hotel. The building is named as the Government Center and also houses the Lexington City offices. 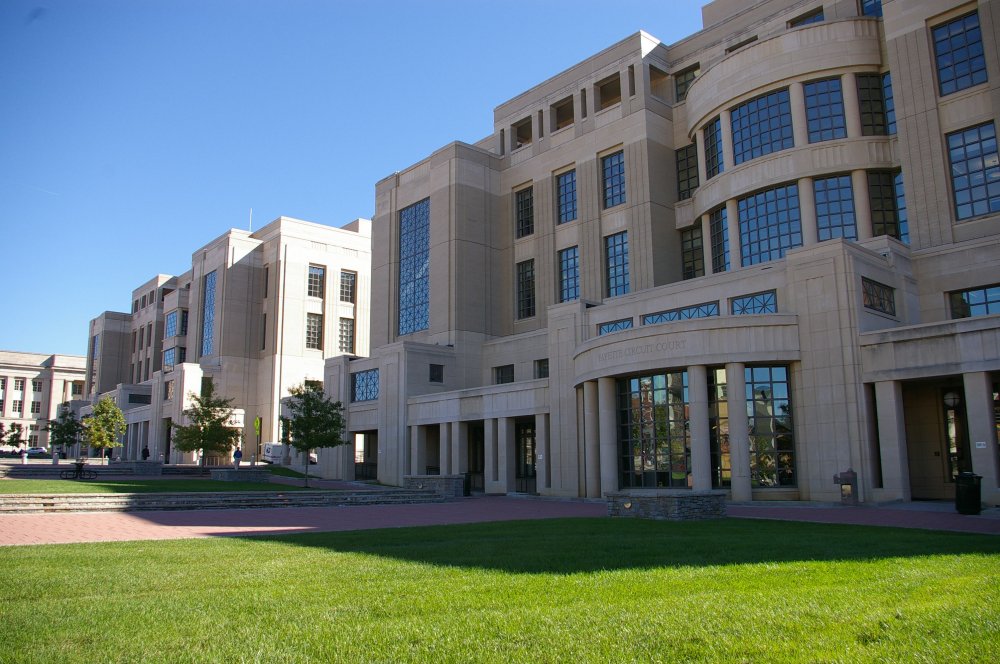 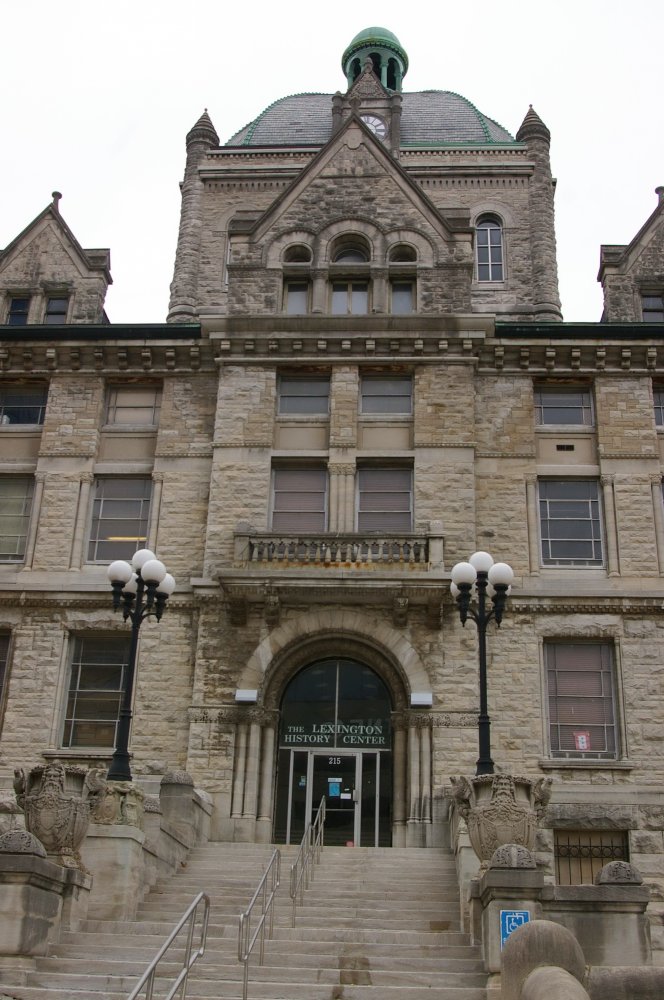 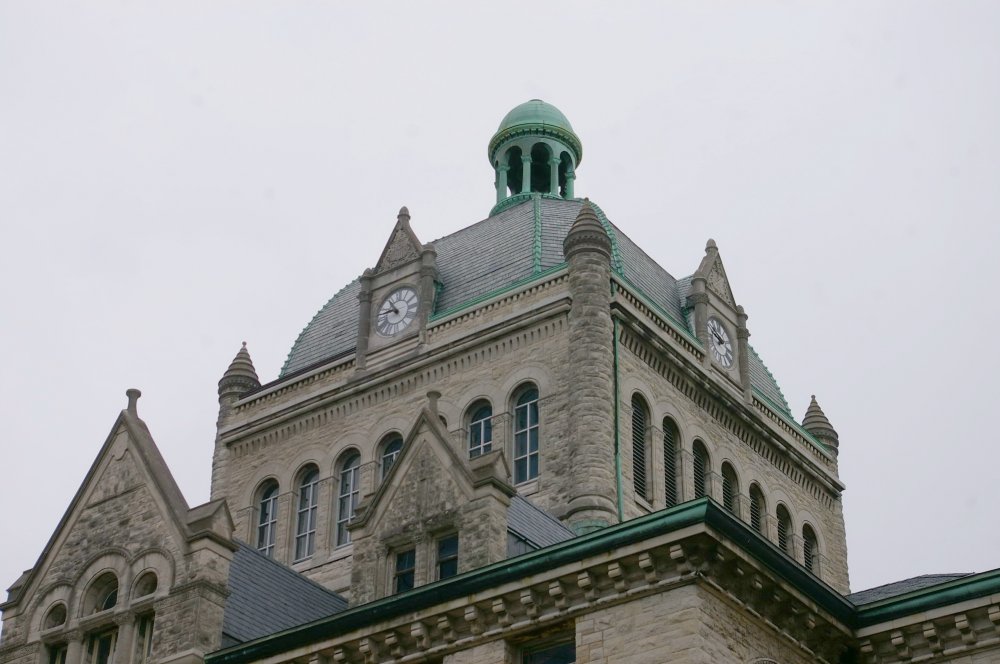 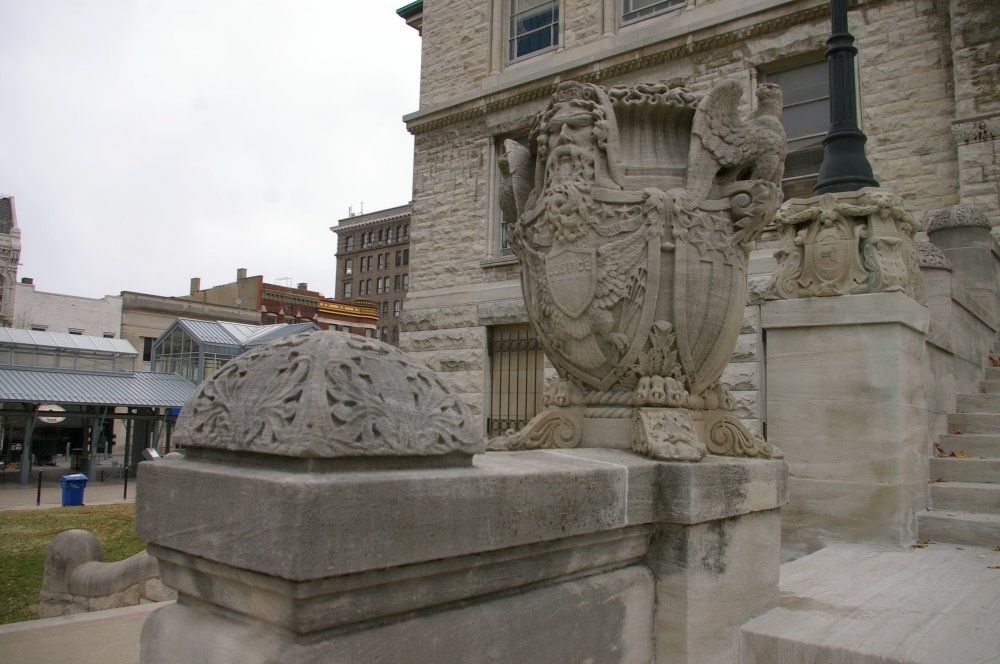 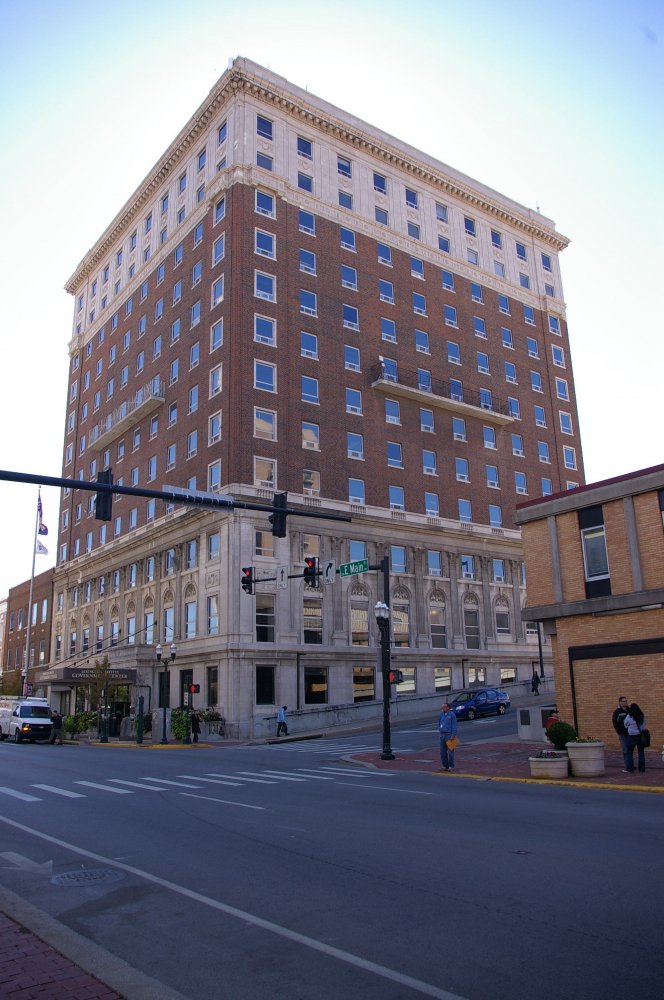 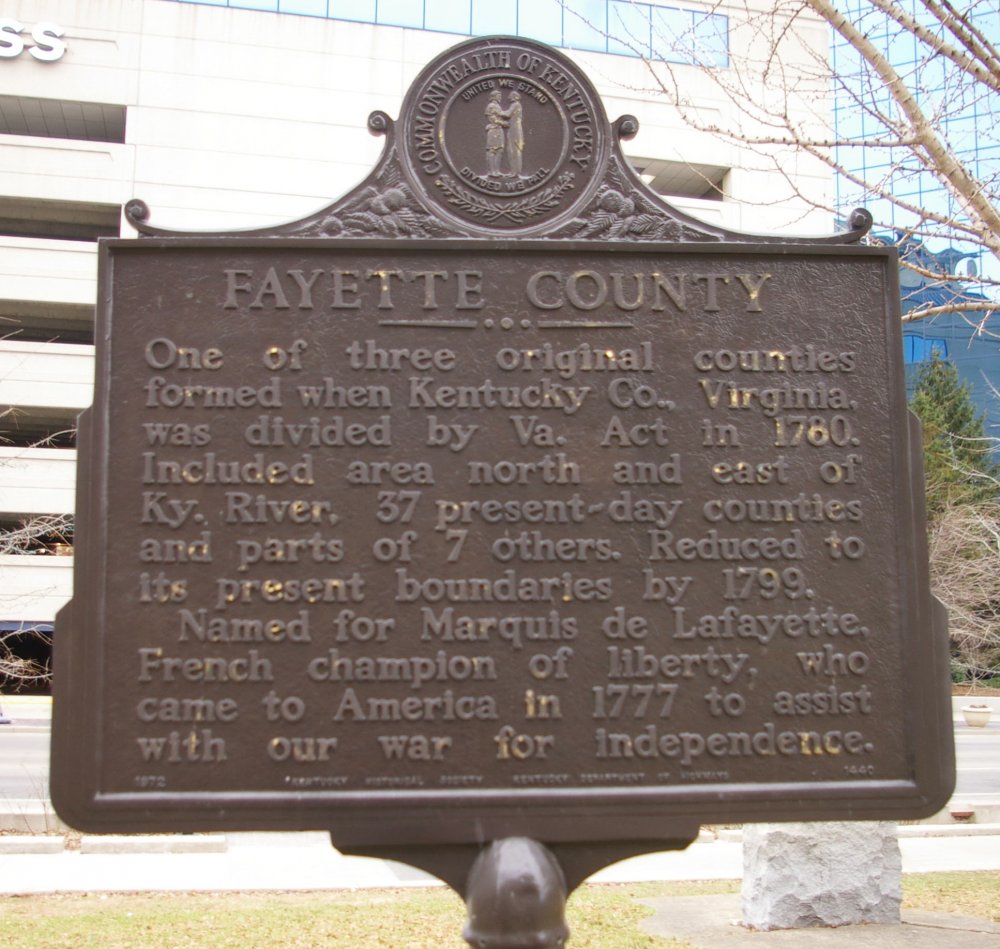