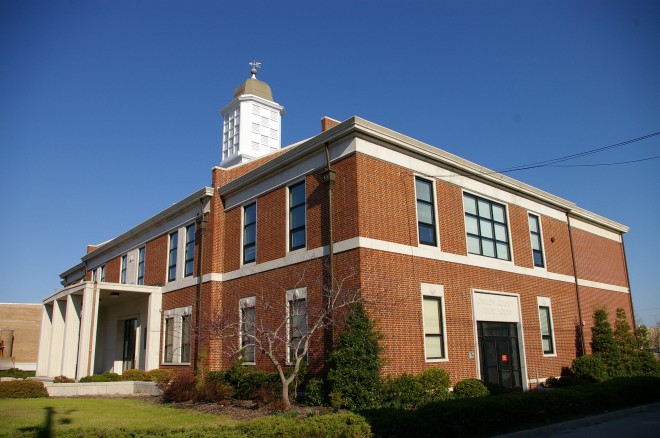 Onslow County is named for Arthur Onslow, who was the Speaker of the British House of Commons and who lived from 1691 to 1768.

Description:  The building faces south and is a two story red colored brick and concrete structure. The building has a one story portico at the front with six square pillars supporting a flat roof. A white colored horizontal band runs below the second story windows, and below the eaves. On the center of the roof is a square white colored cupola with green colored roof. The courtroom is located on the second story. The building houses the County Superior Court of the 4th Judicial District. The building was renovated in 1948. The architect was John J Rowland and the contractor was T A Loving & Company. The building was further renovated in 2000. The architect was Ellinwood Design Associates of Morehead and the contractor was Pro Construction Inc. of Jacksonville. 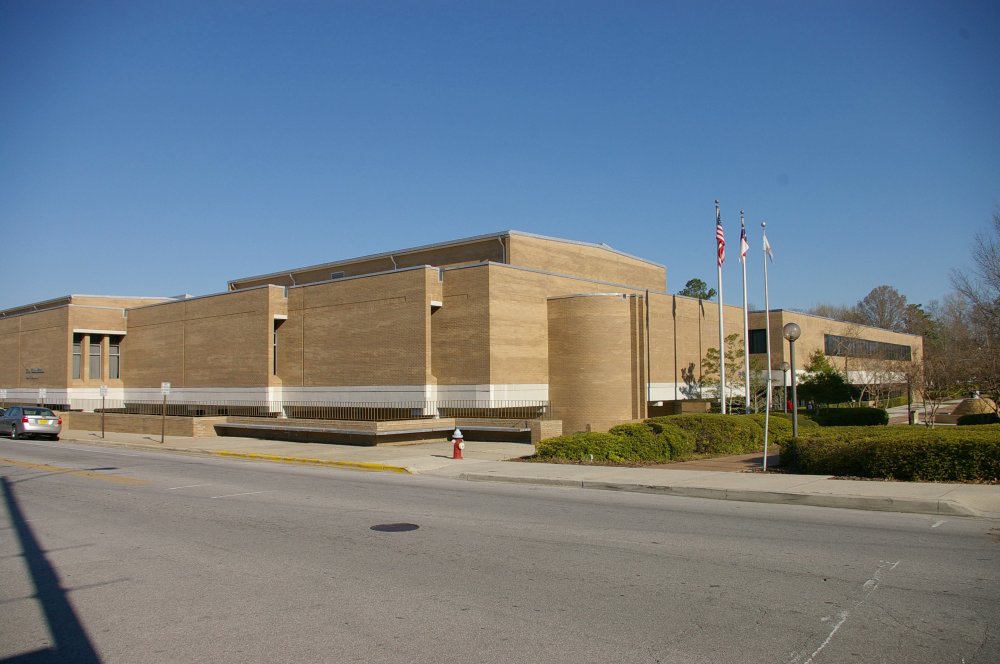 Description:  The building faces west and is a four story red colored brick and concrete structure. The building is located on landscaped grounds to the west of the old courthouse in the center of the city. The building is tired rising to a central peak. On the roof is an octagonal cupola with silver colored dome. There are four courtrooms. The building houses the County District Court of the 4th Judicial District. 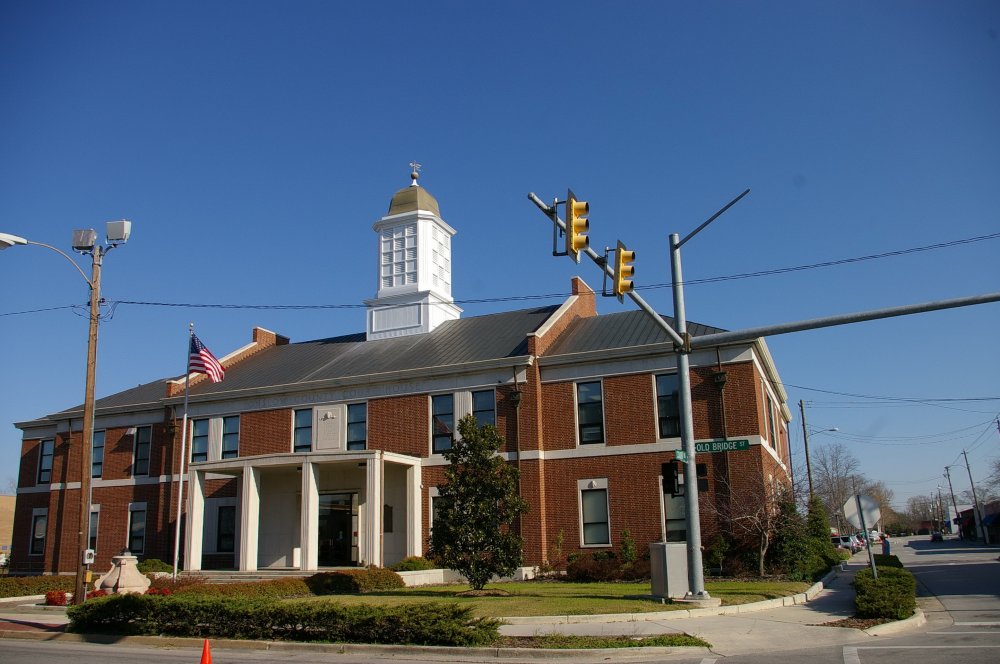 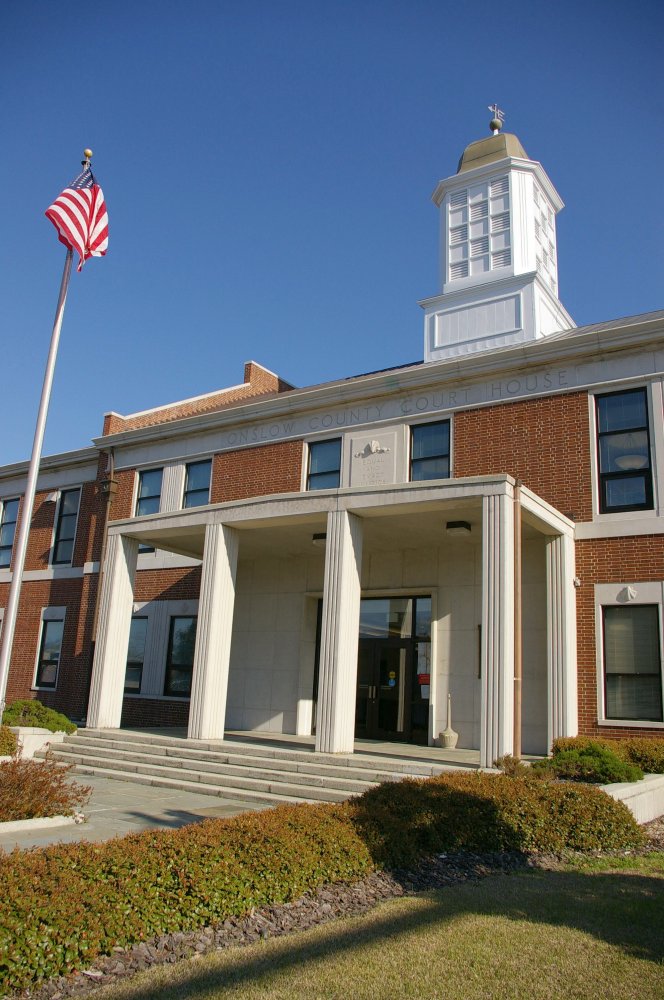 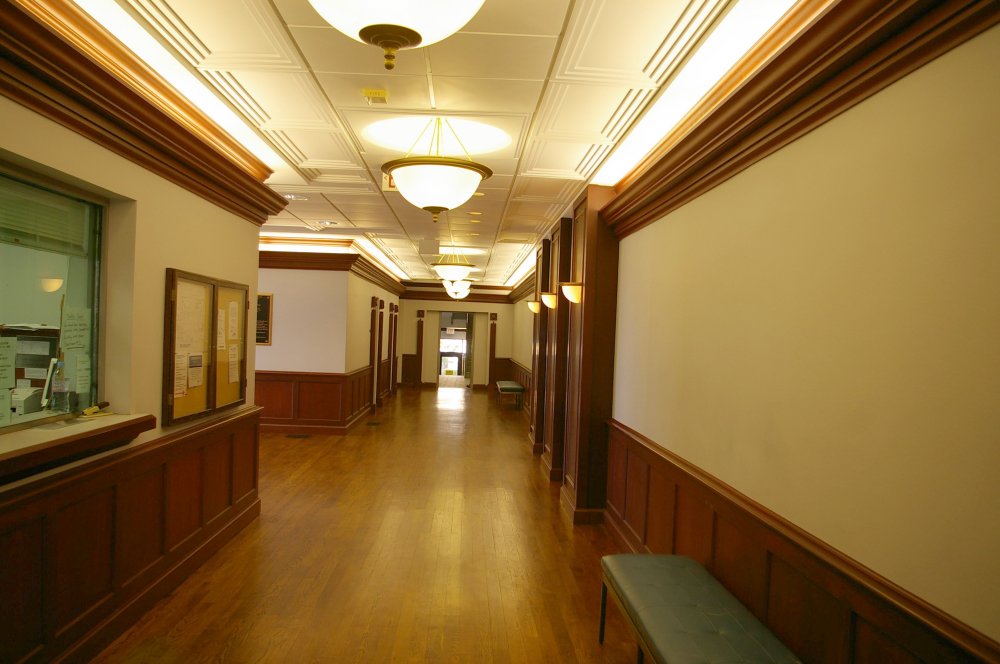 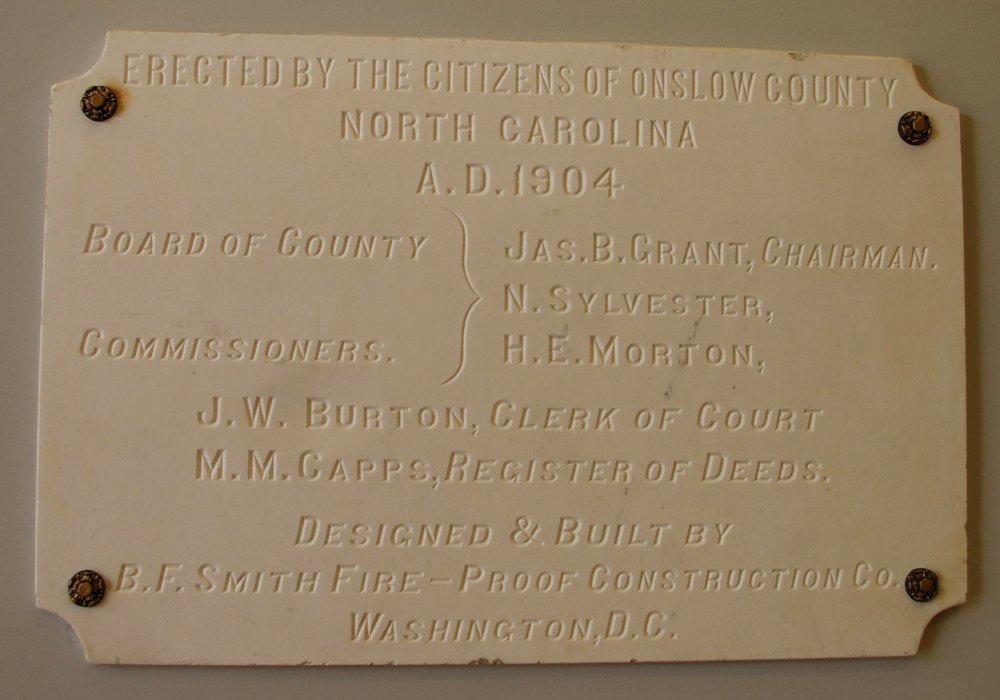 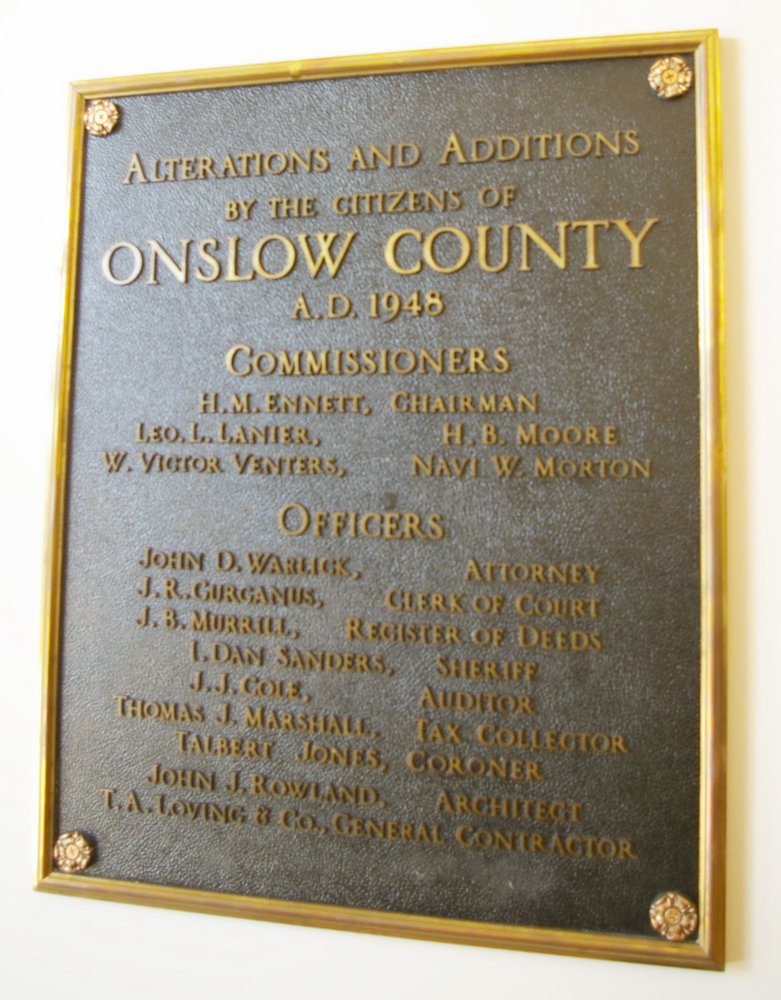 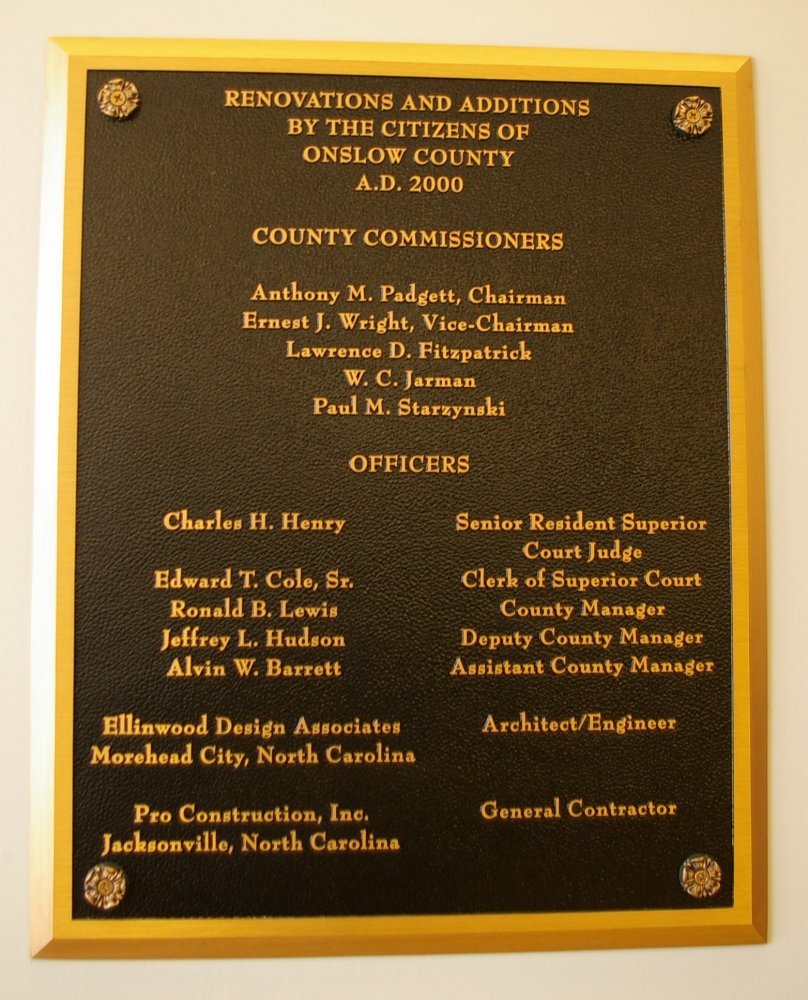 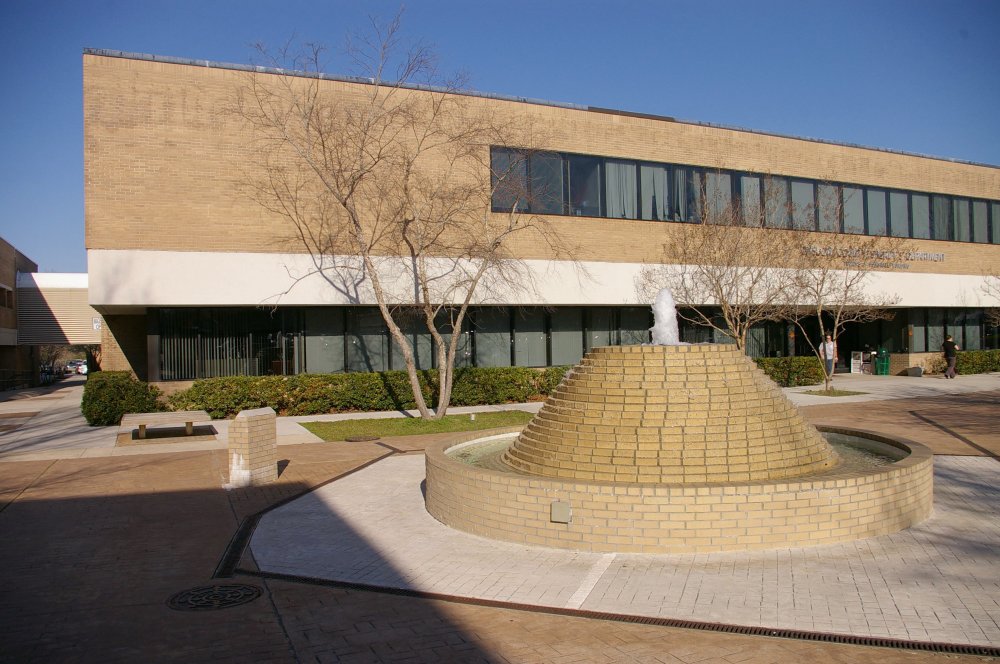