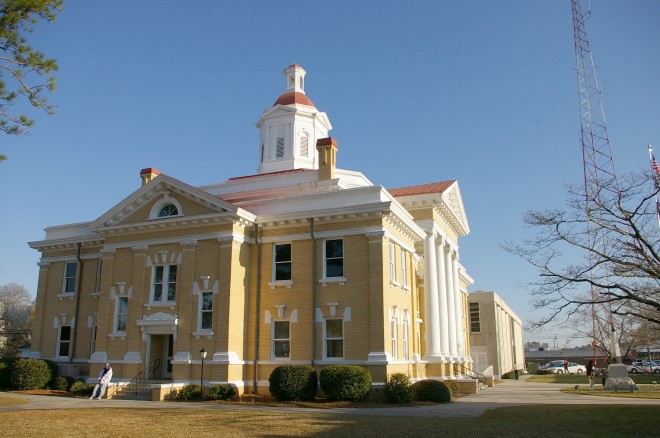 Duplin County is named for Thomas Hay, Viscount Dupplin, who was the 9th Earl of Kinnoull and who lived from 1710 to 1787.

Architect:  Oliver Duke Wheeler of Wheeler and Stern of Charlotte

Description:  The building faces east and is a two story yellow colored brick structure. The building is located on spacious landscaped grounds in the center of Kenansville. The building has a portico supported by four large white colored columns rising to a pediment at the roof. On the south, the building projects with stone trimmed entrance and pediment at the roof. On the center of the roof is an octagonal white colored cupola with red colored roof. The building houses the County Superior Court and County District Court of the 4th Judicial District.  An addition was added on the north side in 1959. The architect was Leslie N Boney of Wilmington and the contractor was Godwin Building Company, Inc. In 1979 a further addition was added by Eastern Construction Company. On the west side of the courthouse is the old county jail, a three story yellow colored brick building which is now the Magistrate’s Office 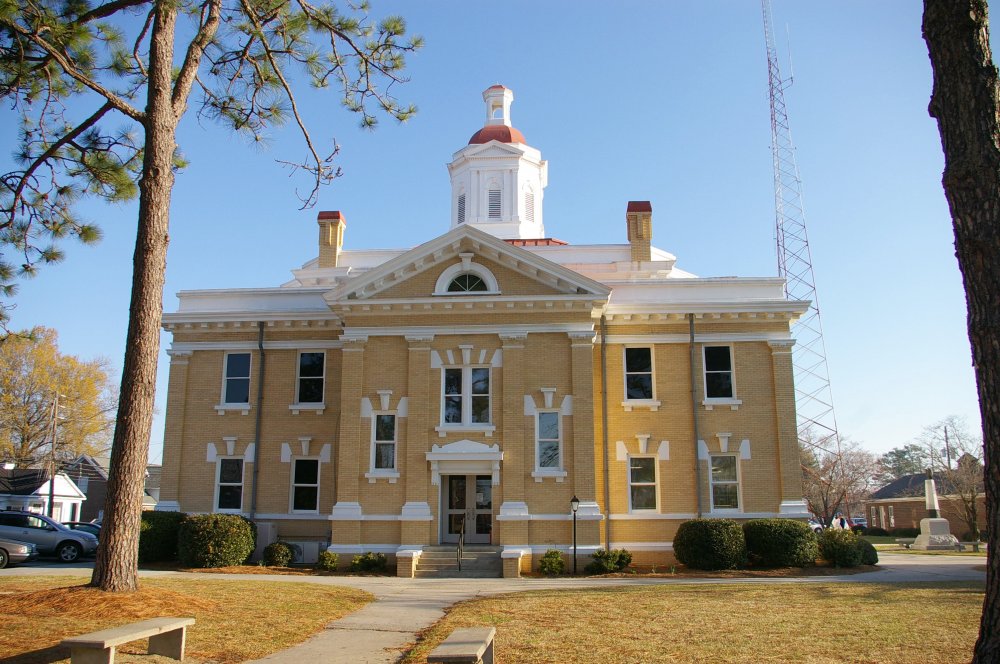 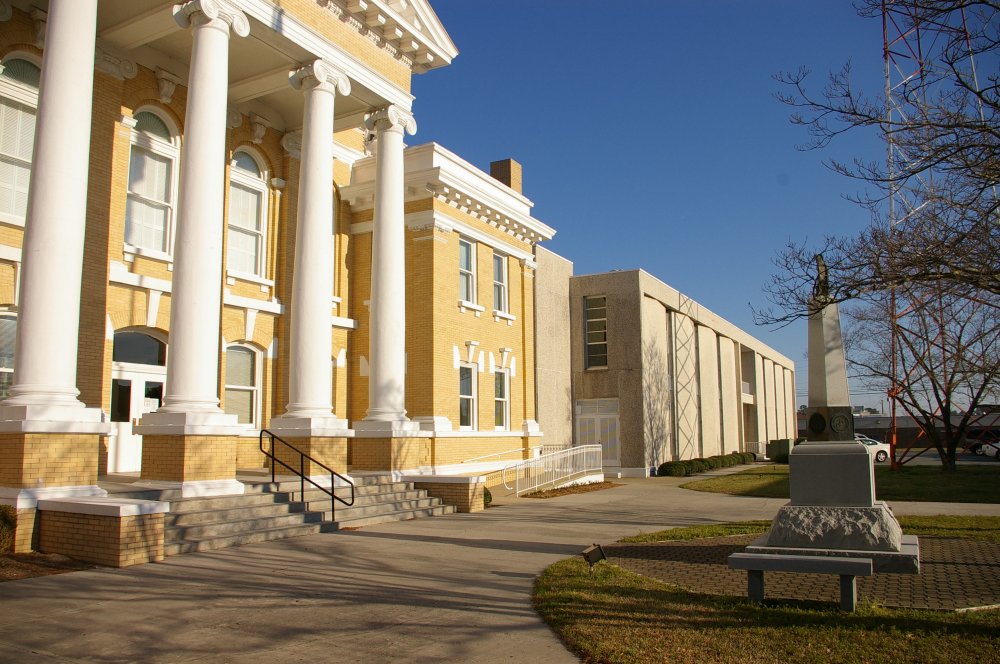 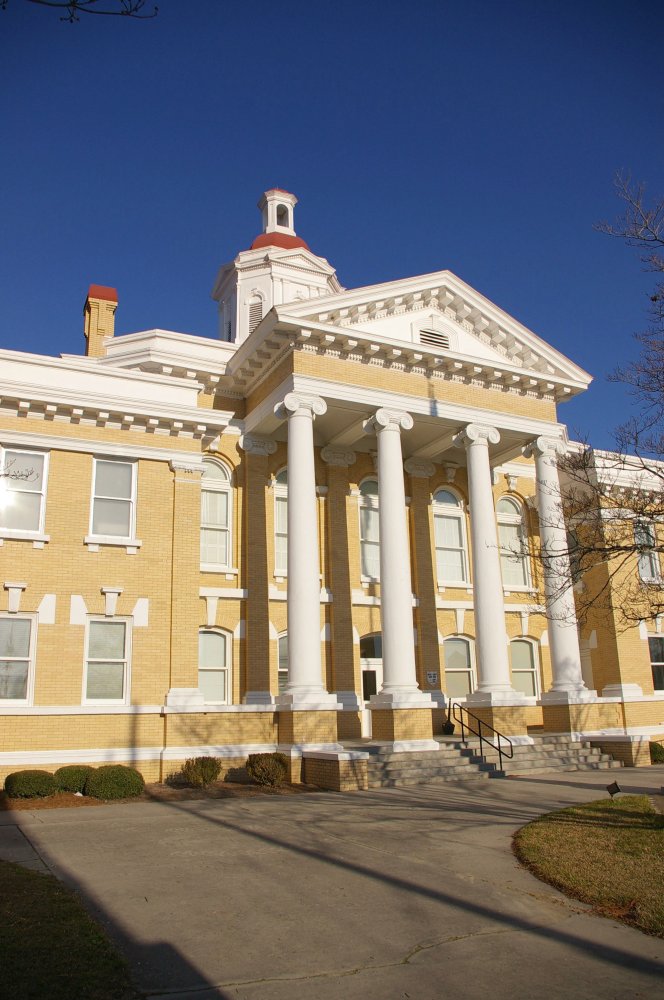 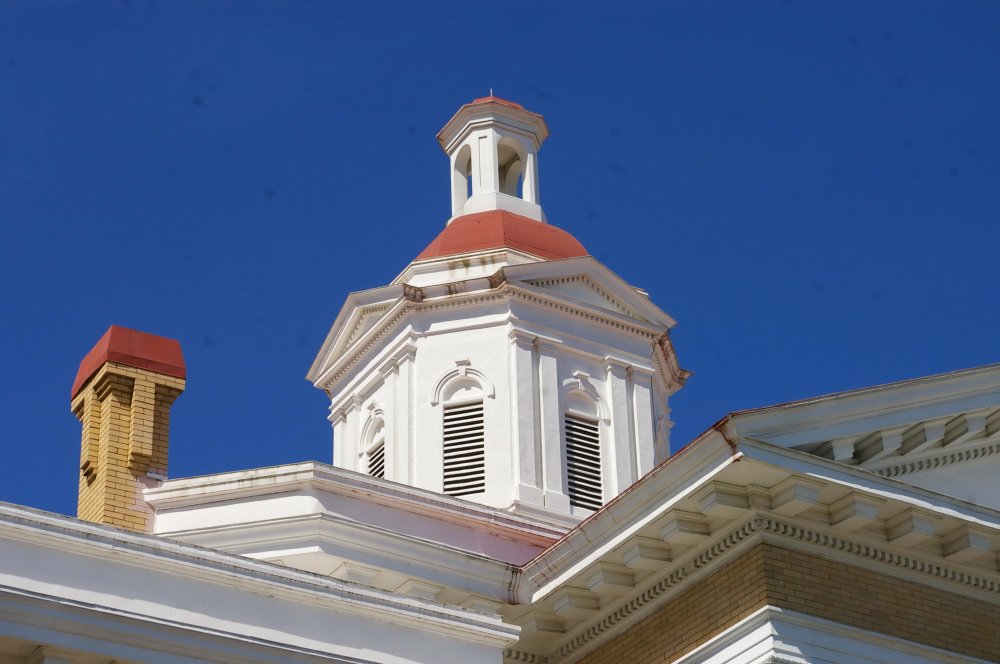 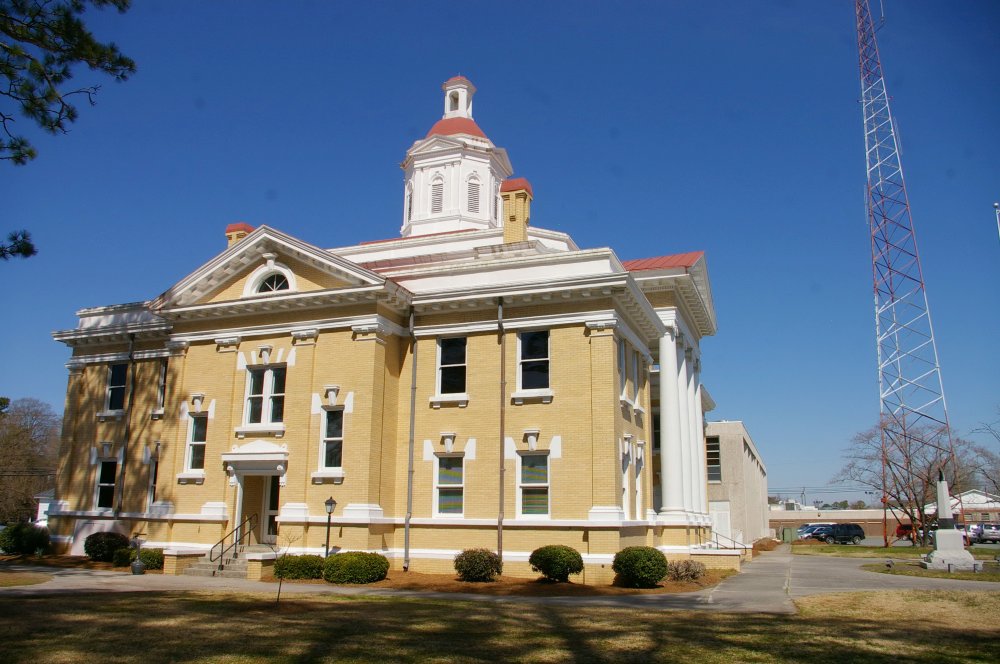 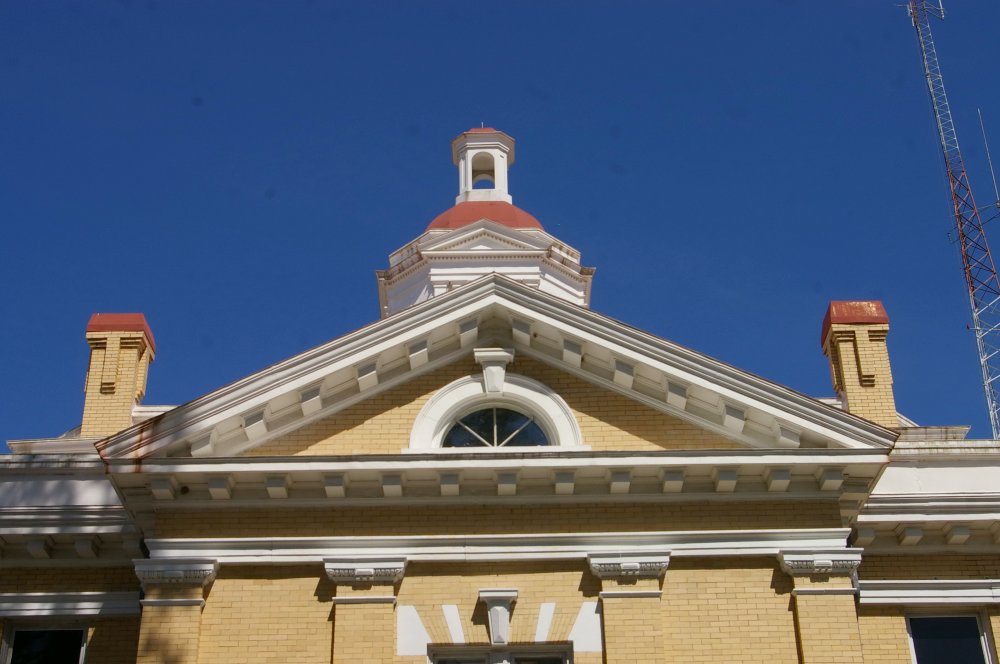 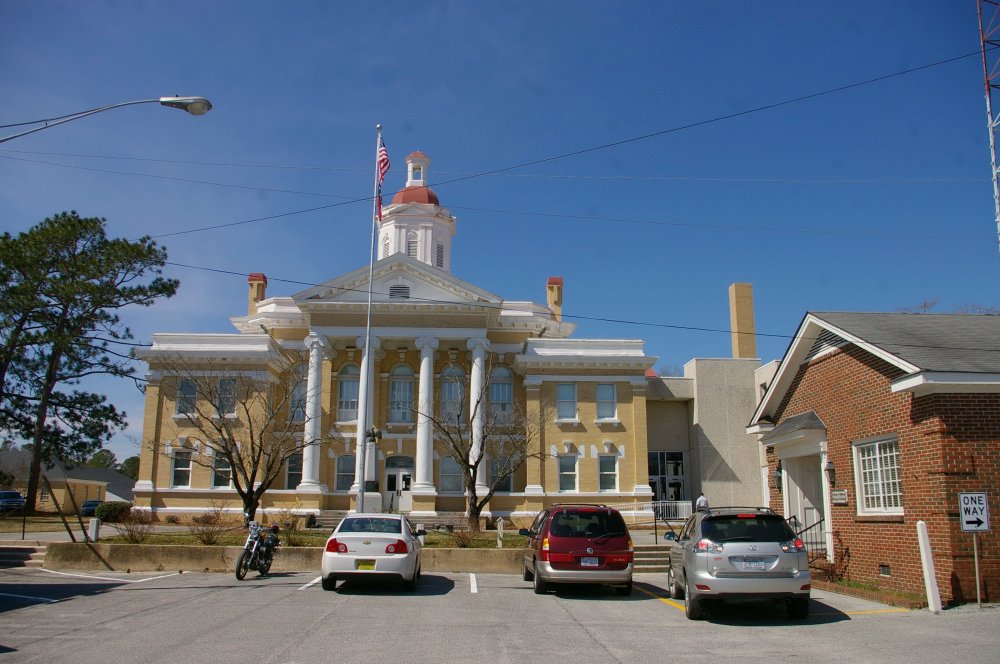 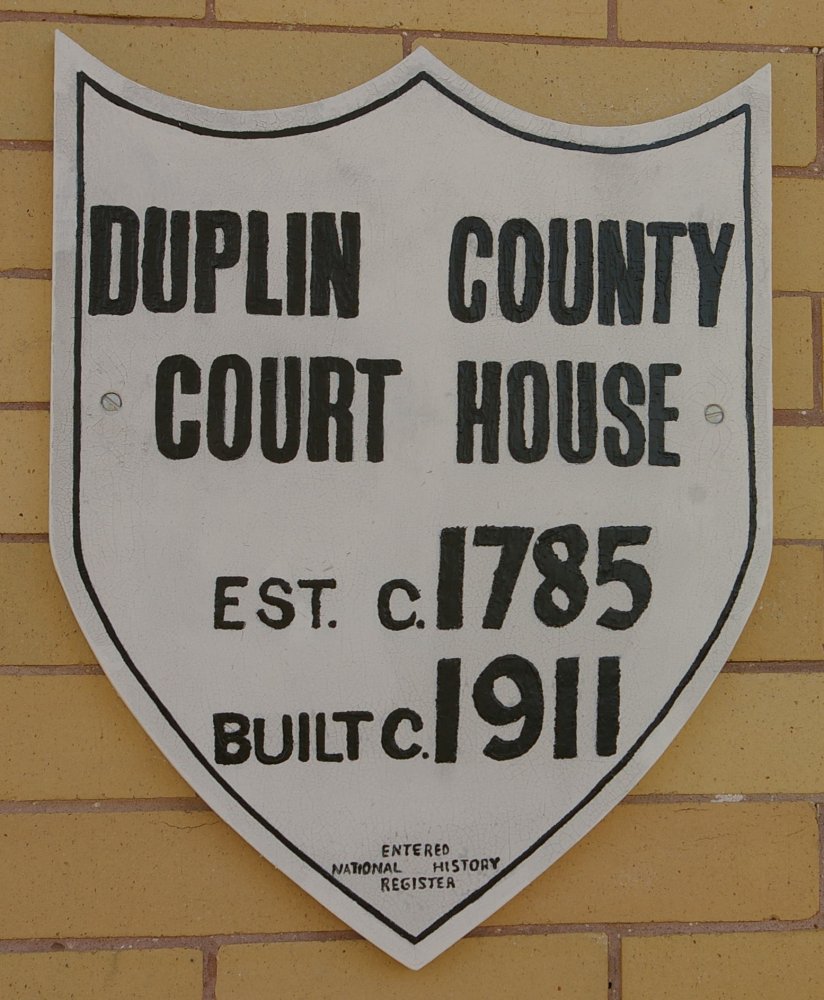