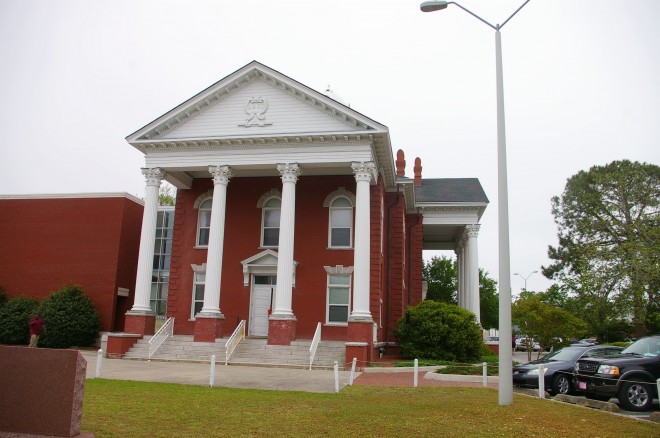 Carteret County is named for John Carteret, who was the 2nd Earl Granville and who inherited a one-eight share in the Province of Carolina through his great-grandfather George Carteret.

Description:  The building faces west and is a two story red colored brick structure. The west front has a large portico supported by four white colored columns rising to a wide pediment at the roof line. On the south side is another large portico. On the center of the roof is an octagonal white colored wood cupola. The roof is hipped. The courtroom is located on the second story. The building enlarged in 1968. The architect was Guy Wilson Jr. & Associates. The building was renovated and enlarged in 1984 to 1987. The architect was Barthomew Associates, Inc. and James B Wells, Inc. and the contractor was S T Wooten Construction Company, Inc. and Jerry Lawrence General Contractor Inc. 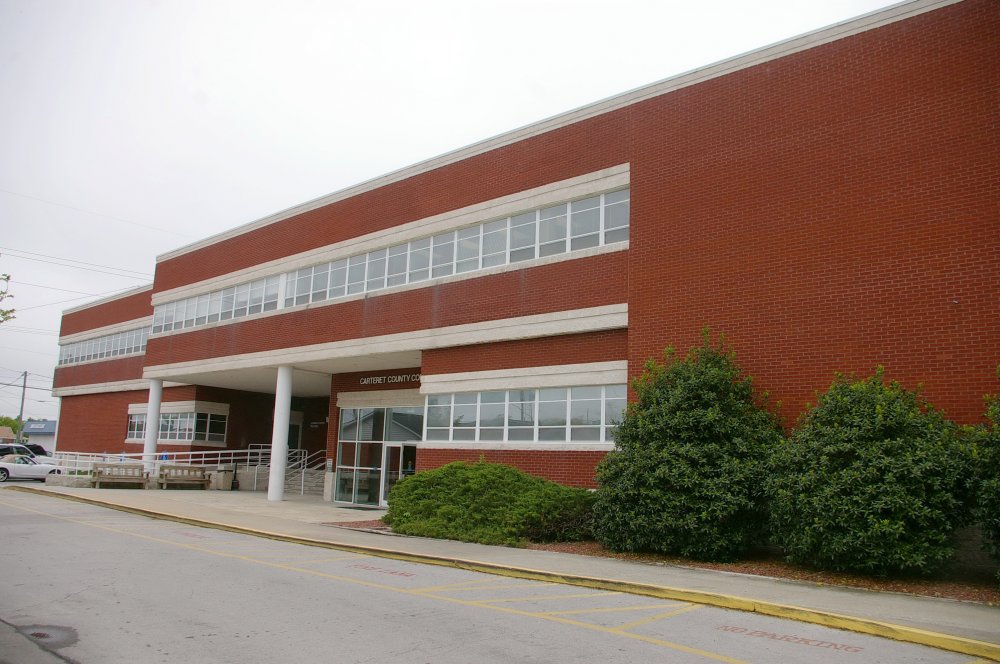 Description:  The building faces west and is a two story red colored brick and concrete structure. The building has a recessed entrance on the west side with an overhang supported by two thin columns. The windows are horizontal and the roof line is flat. The building is connected to the courthouse on the south side.

Note:  The old courthouse is the oldest courthouse structure in North Carolina. 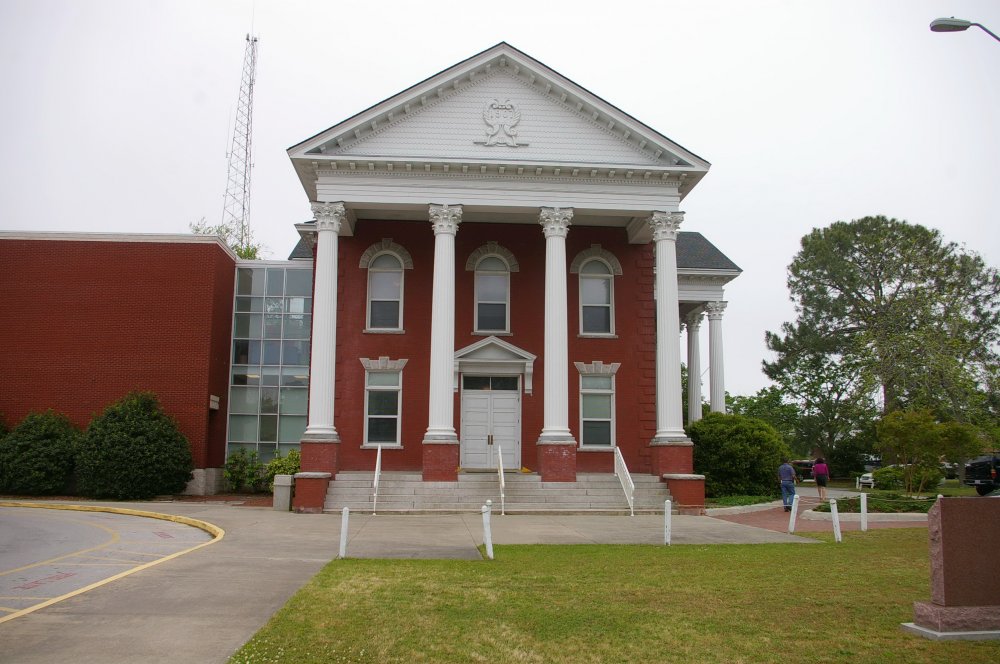 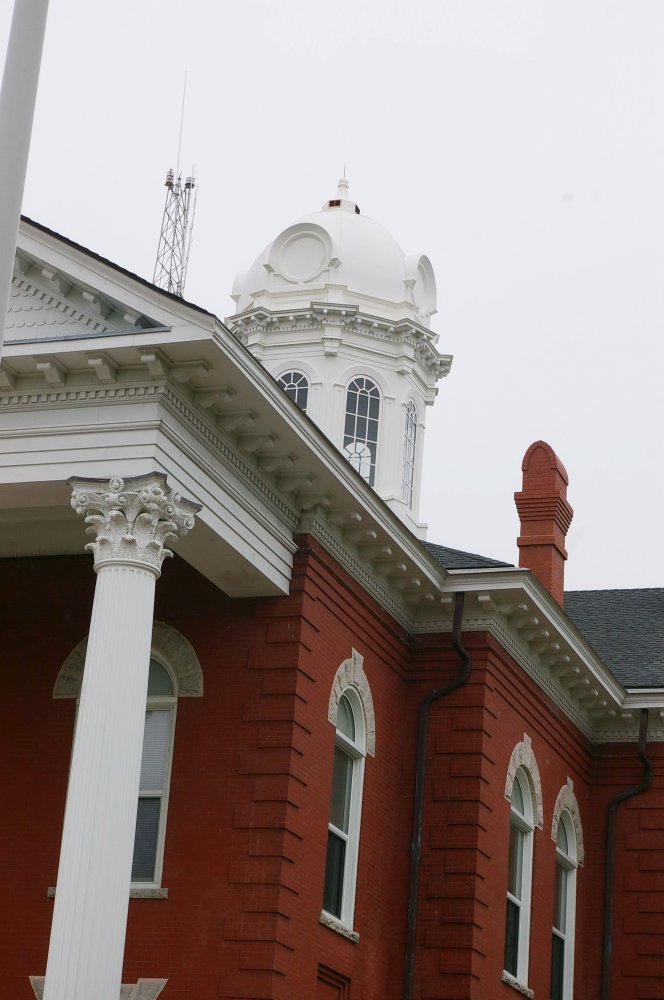 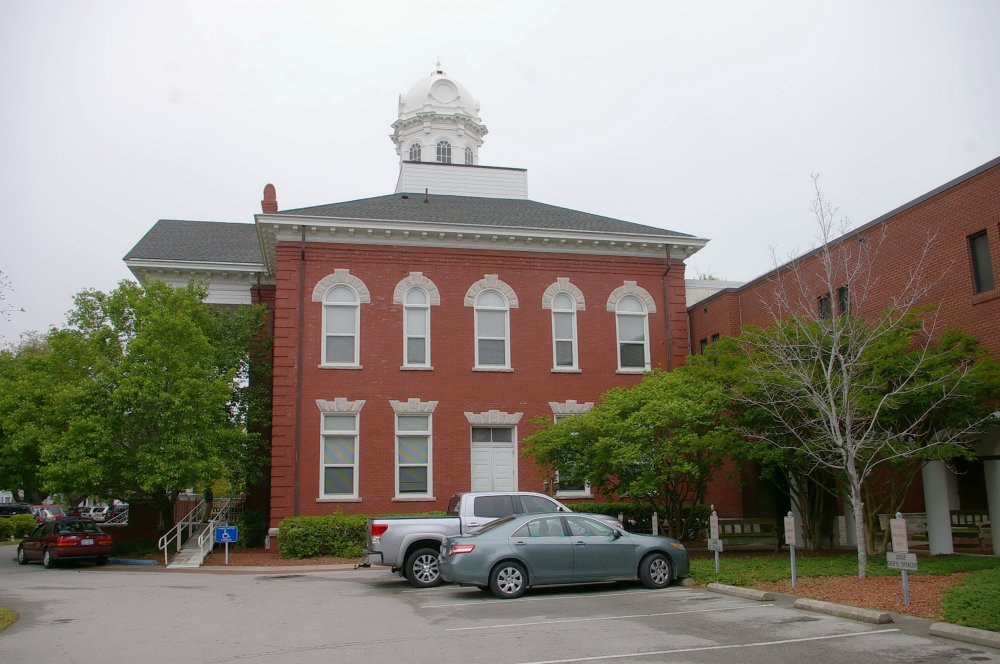 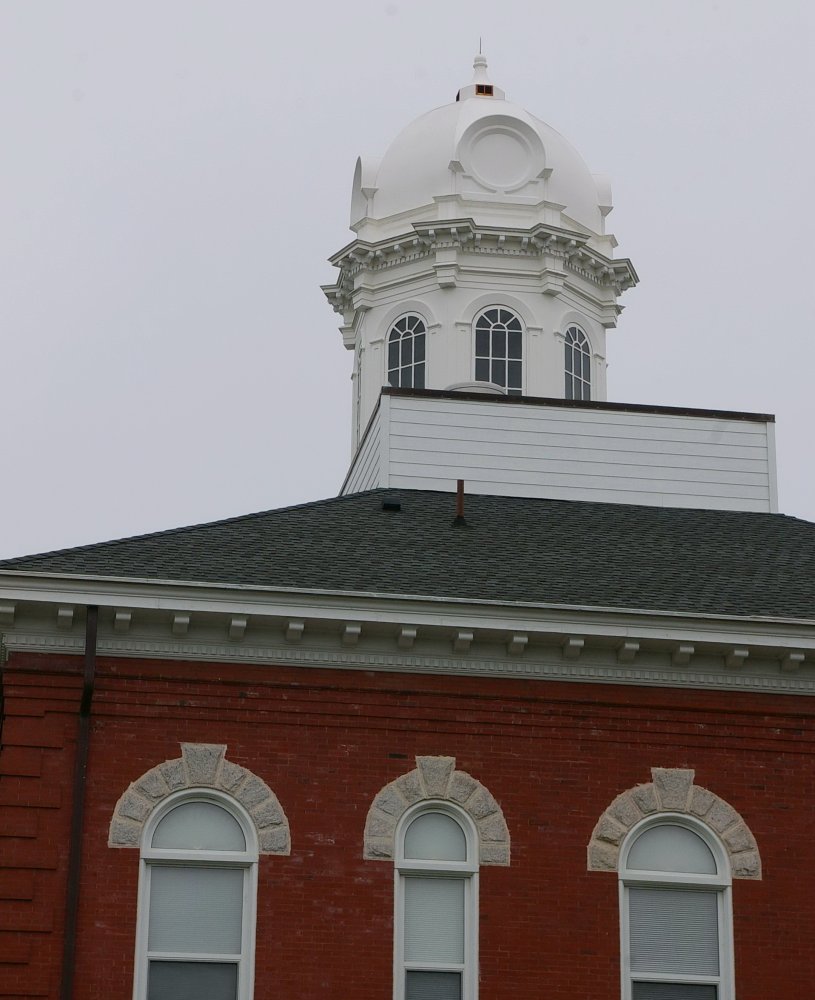 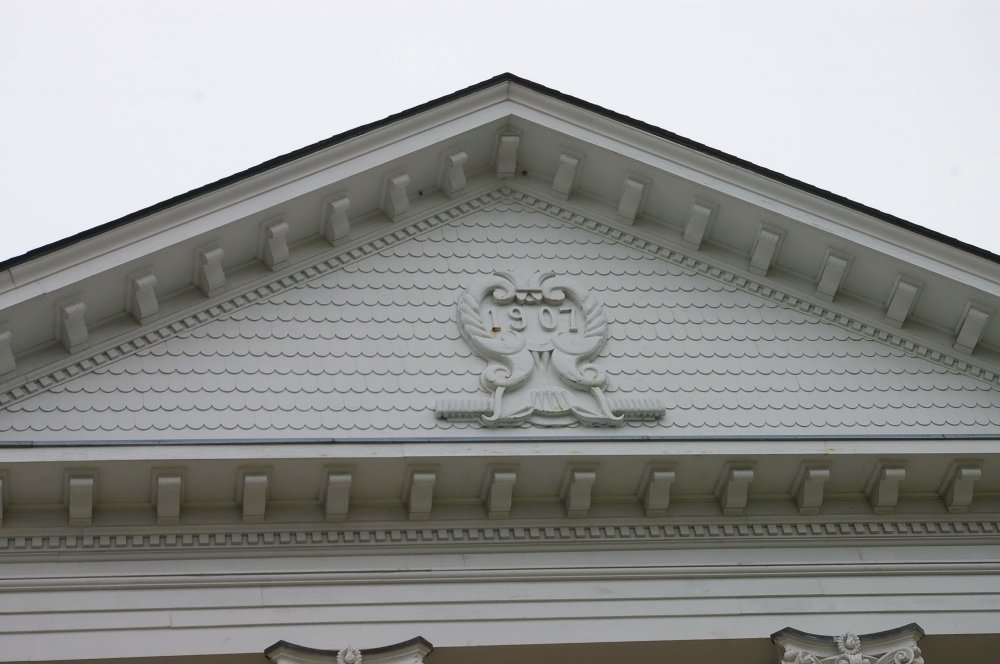 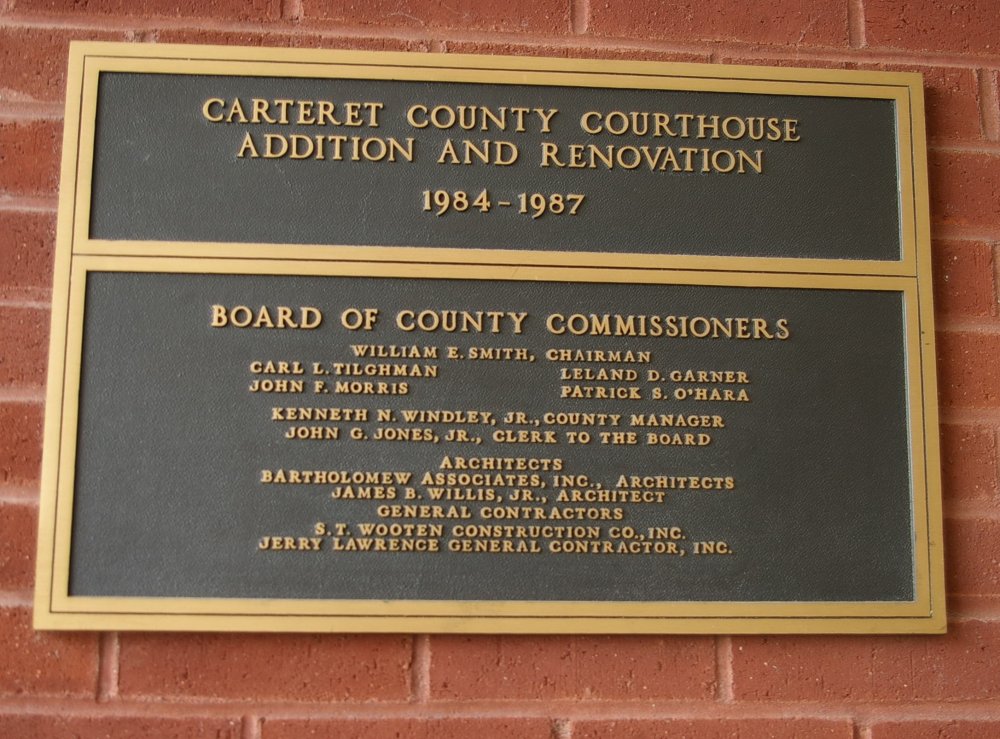 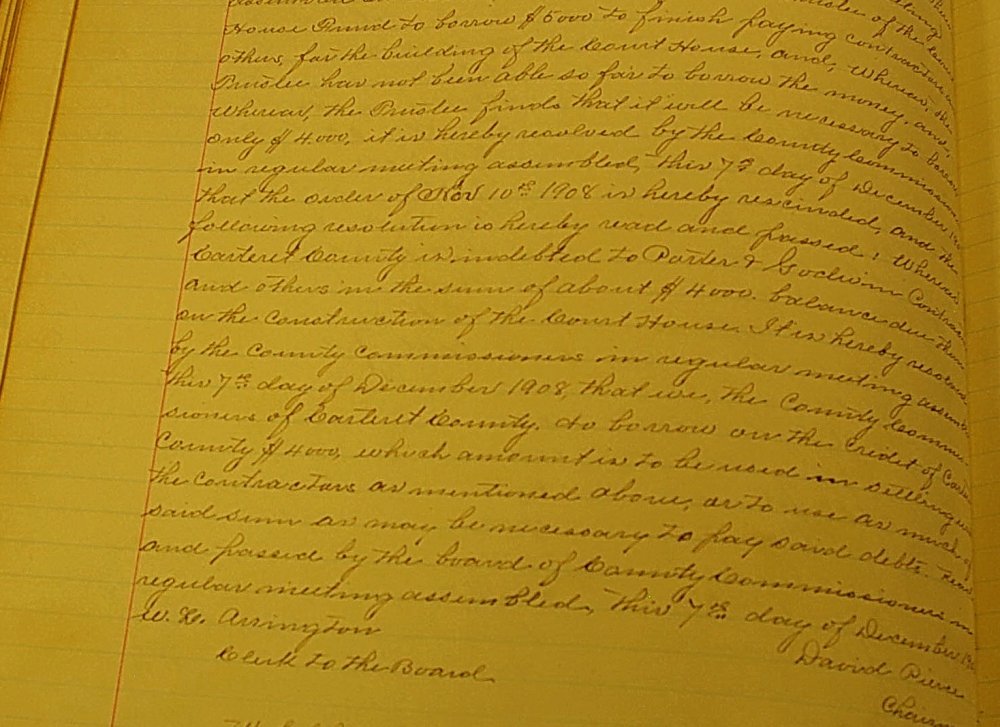 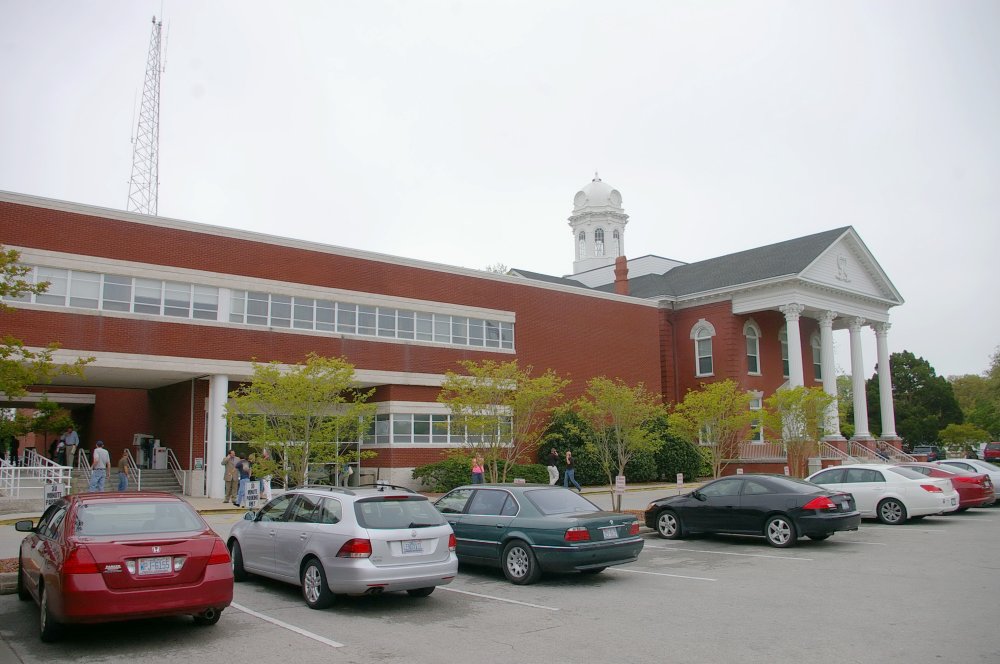 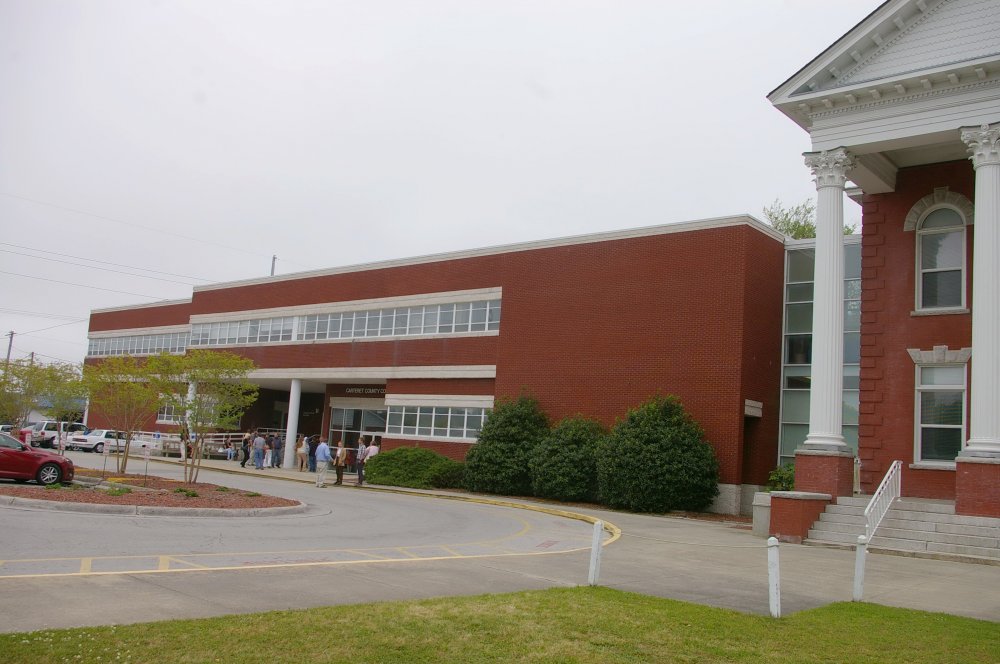 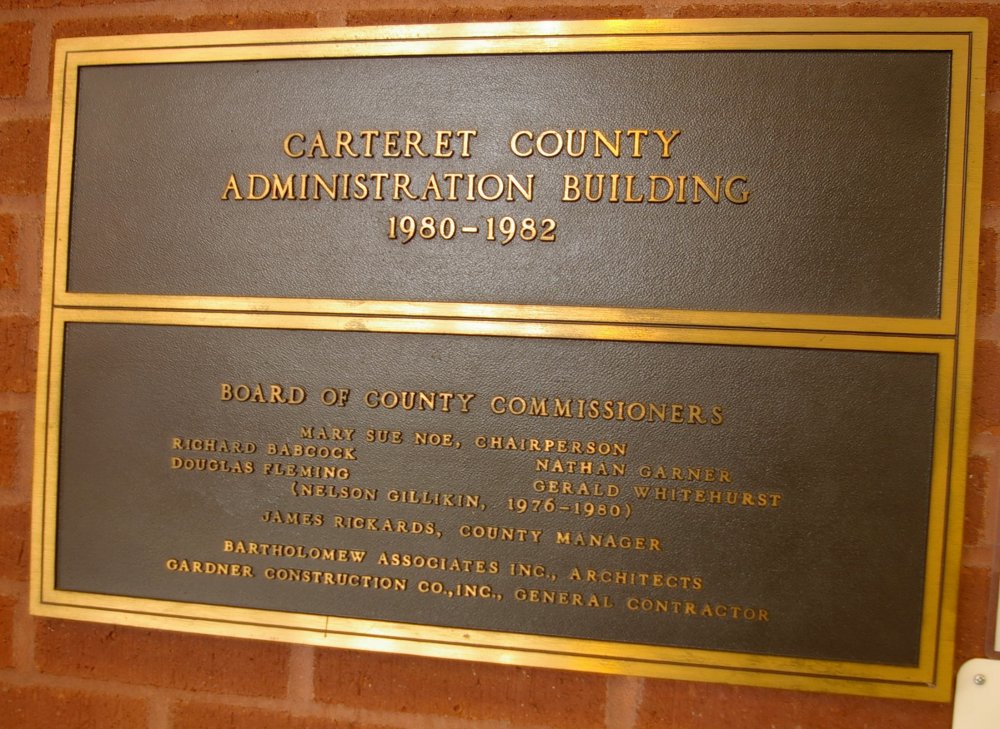 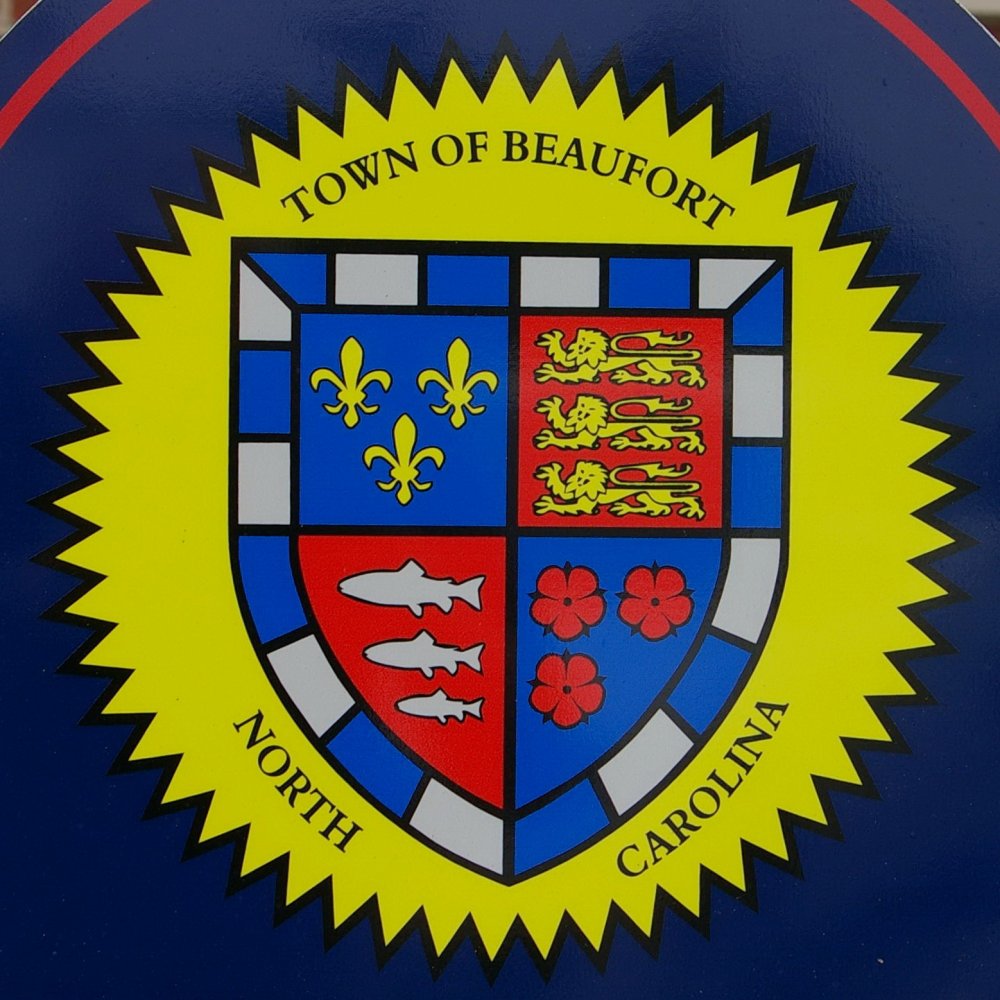