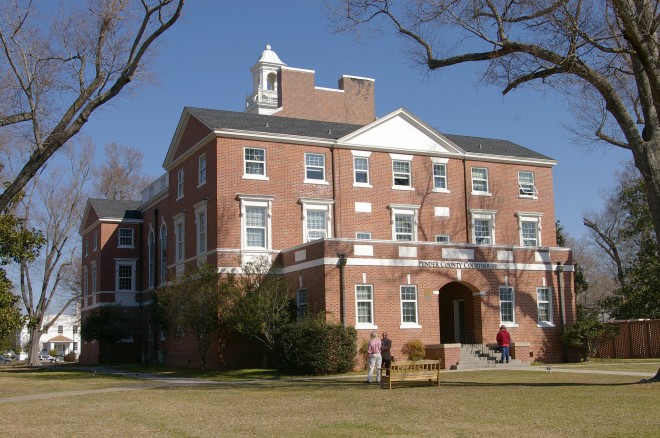 Pender County is named for William Dorsey Pender, who was a Confederate soldier mortally wounded at the Battle of Gettysburg in the American Civil War.

Description:  The building faces south and is a three story red colored brick, stone  and concrete structure. The building is located ob spacious landscaped grounds in the center of Burgaw. The building follows an H-plan with Flemish bond bricks and classical trim. The south front and north side have a one story extension with arch in the center and recessed doorway. The main building rises three stories to a white colored pediment. The windows on the second story have white colored trim. In the center, the building is two stories and is recessed with a two stage white colored cupola on the center of the roof. The courtroom is located on the second story. The building houses the County Superior Court and County District Court of the 5th Judicial District. The building was renovated from 1986 to 1989. The architect was John Sawyer AIA and the contractor was Jacobs Builders Inc. Renovations were completed in 2010. The architect was Warren Wilson and the contractor was Port City Cuiklders Inc. The courthouse was damaged by Hurricane Florence in 2018 and restored by 2021. The architect is LS3P Architects and the contractor is Thompson Construction Group.

History:  The county was created in 1875 and Watha was selected as the county seat. The first court met in the home of Mr. Riverbark. In 1877, the county seat was moved to Burgaw. The first courthouse was a two story wood frame house moved to the corner of Wright Street and Freemont Street in 1879 and the courtroom was on the second story. The building was called the Male and Female Academy. The second courthouse was a two story brick structure designed by Lyndon Swaim and built by Ellington, Royster, Smith and Company of Raleigh at a cost of $9,856. Jacob S Allen was the supervisor and A H Paddison manufactured the bricks. The building was used a courthouse, school and community center. The third and present courthouse was constructed in 1935 to 1936. The courthouse was restored in 2018 to 2021 at a cost of $4,500,000. 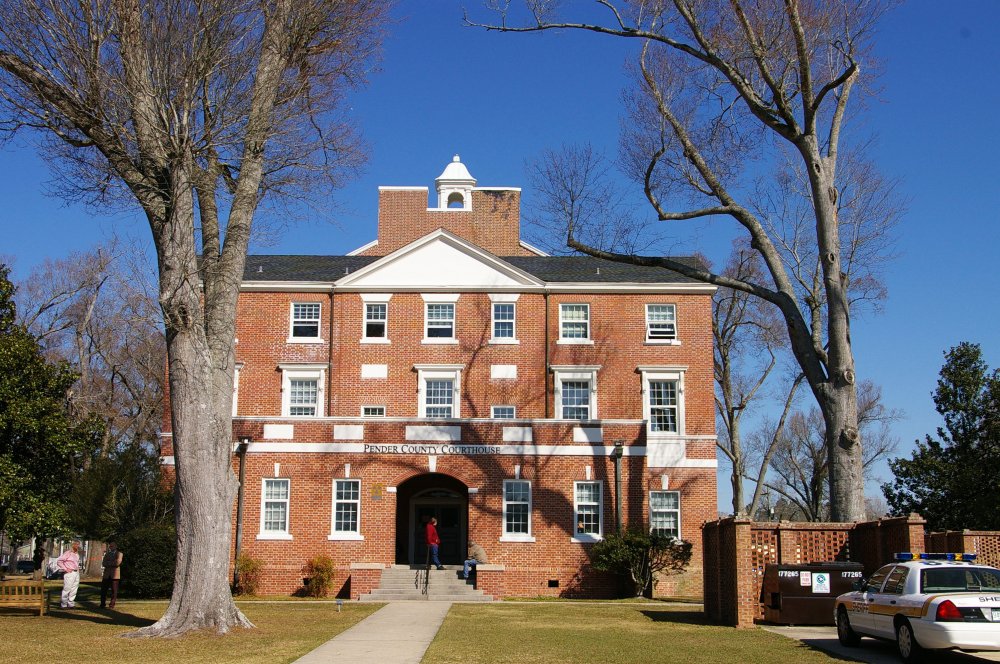 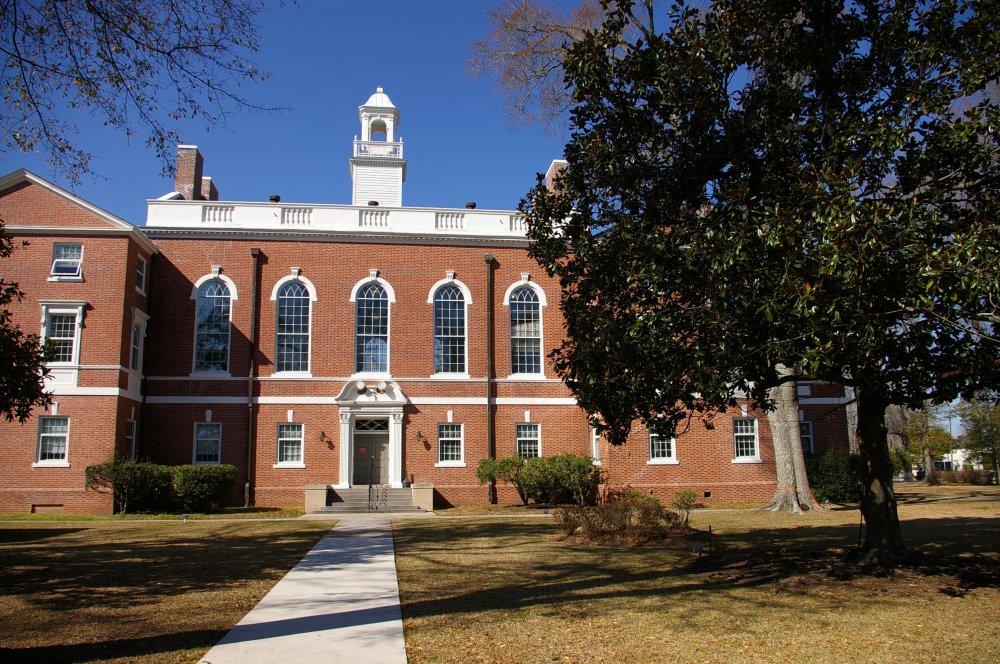 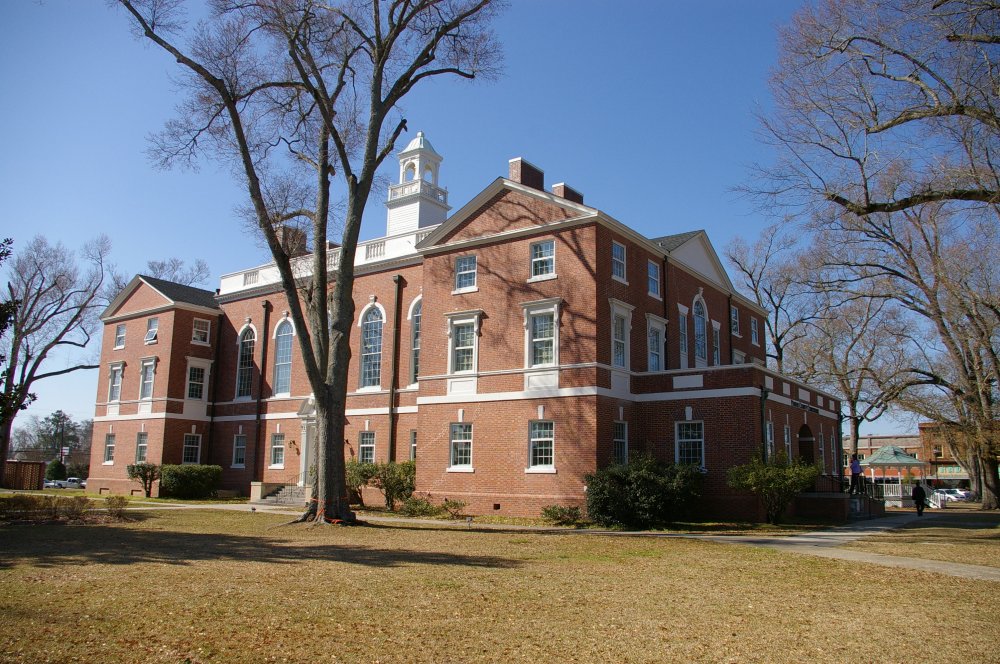 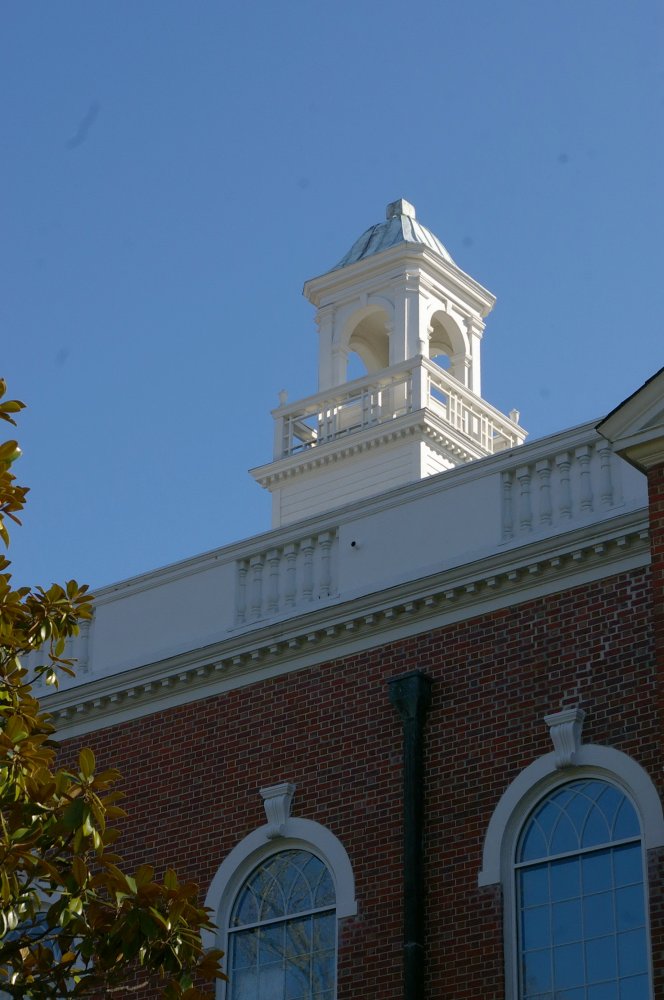 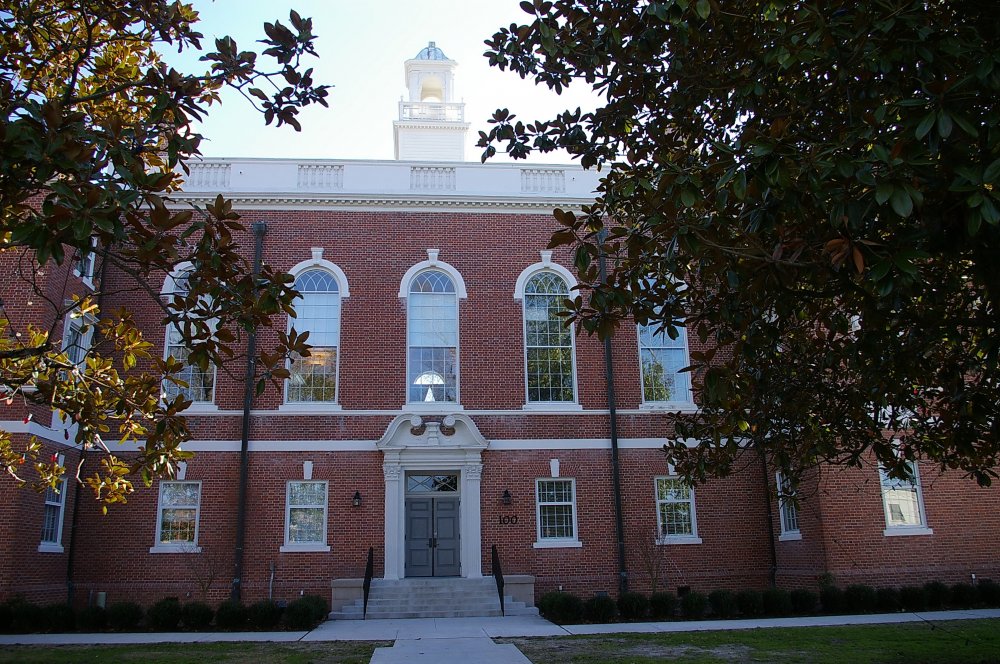 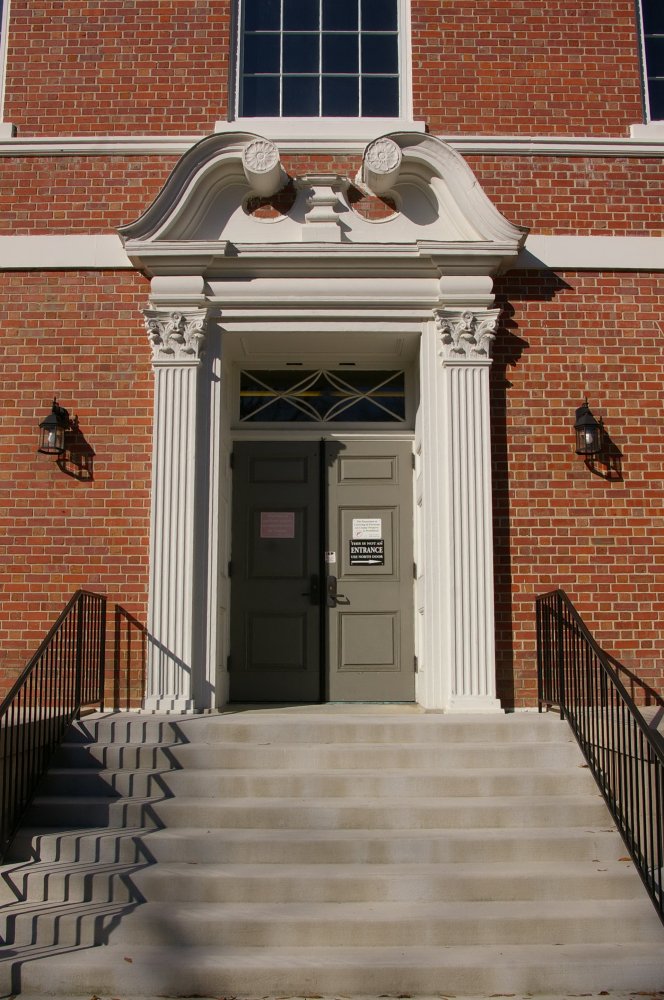 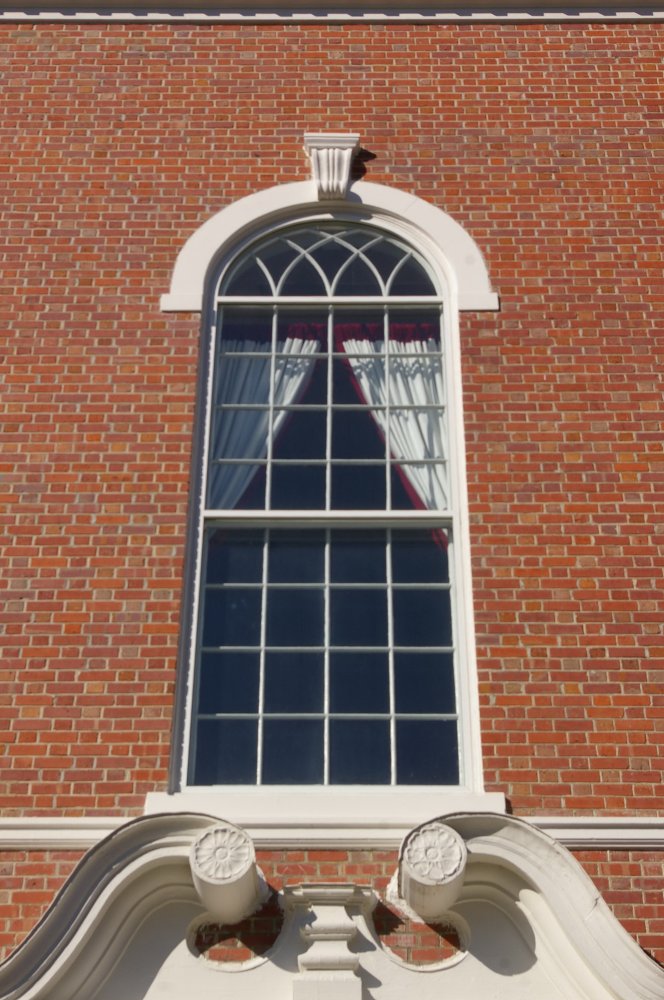 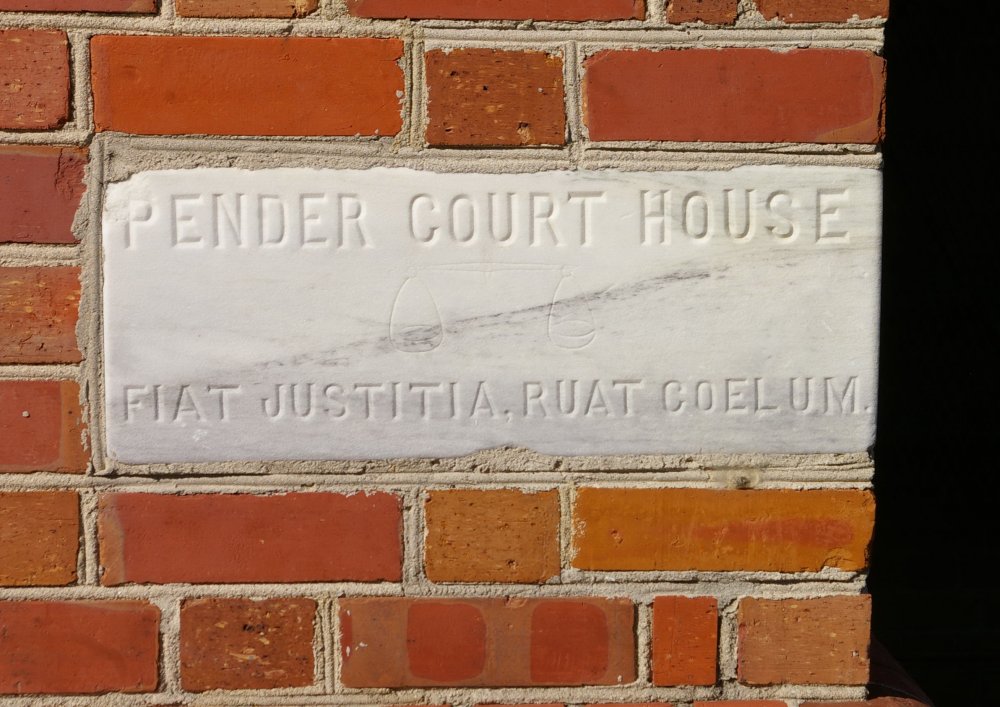 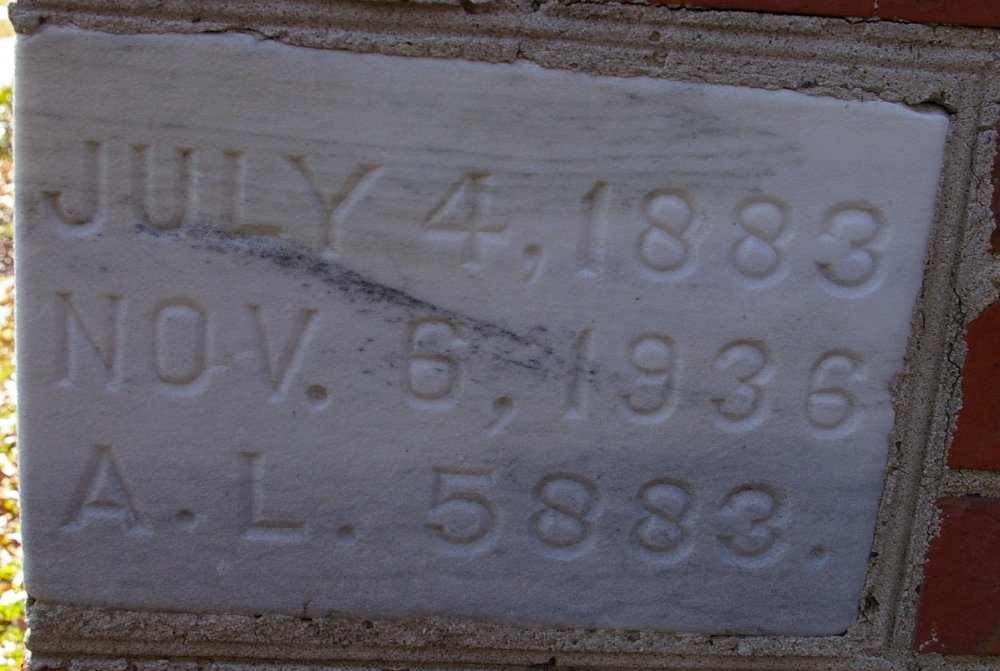 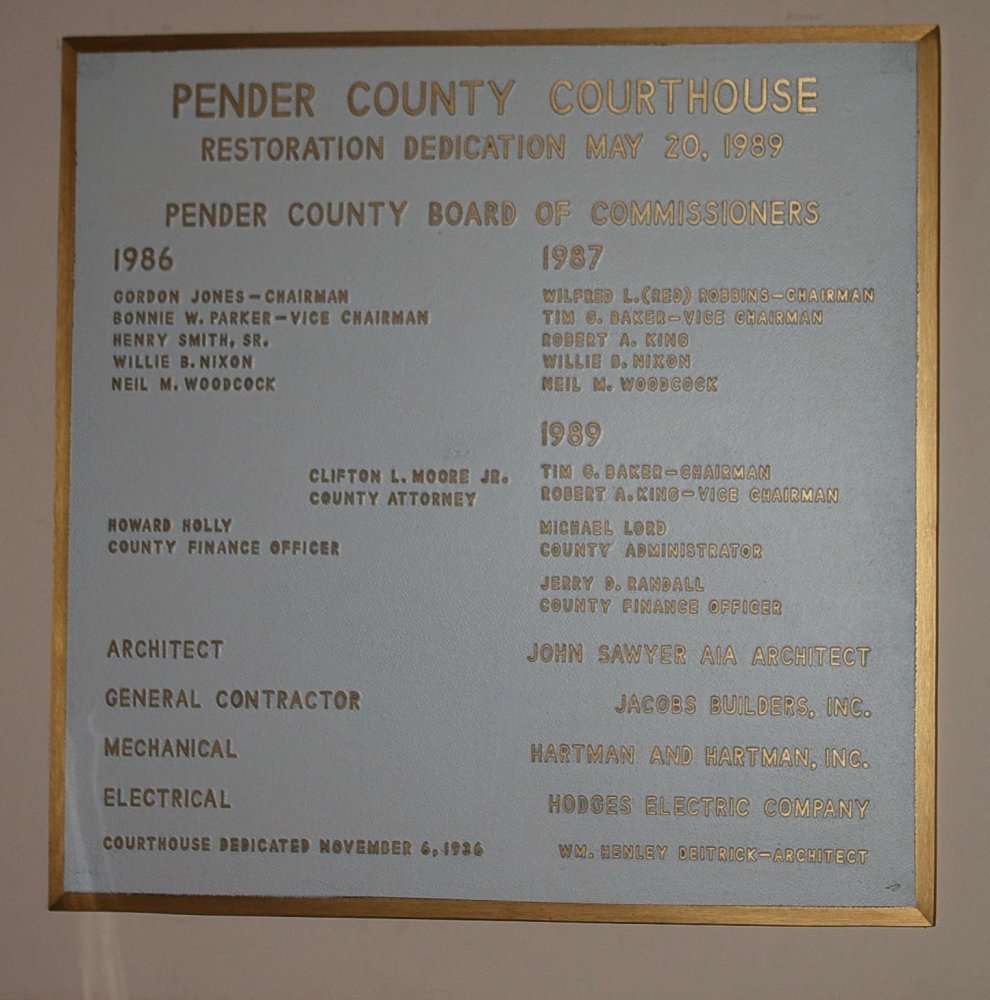