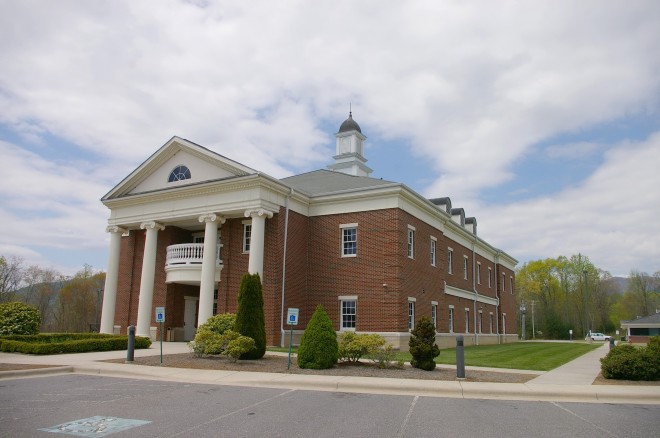 Mitchell County is named for Elisha Mitchell, who was a professor at the University of North Carolina and who measured the height of Mount Mitchell.

Description:  The building faces southeast and is a two story red colored brick and concrete structure. The building is located on spacious landscaped grounds to the southwest of the center of the city. The southeast front has a large portico with four columns rising to a pediment at the roof line. There is a semi-circular balcony on the second story. On the center of the roof is a high white colored cupola. 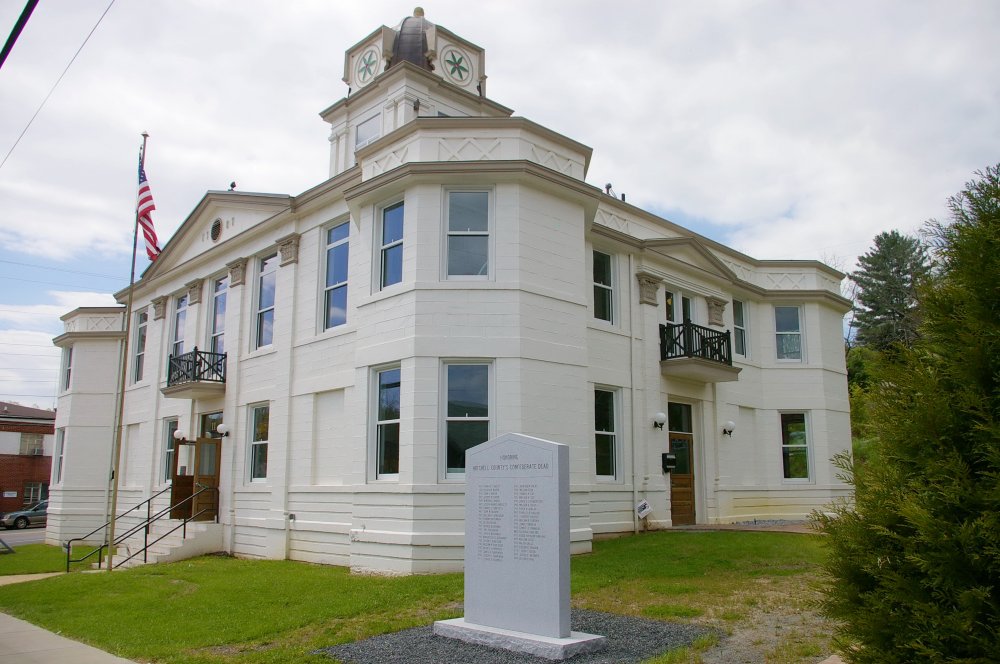 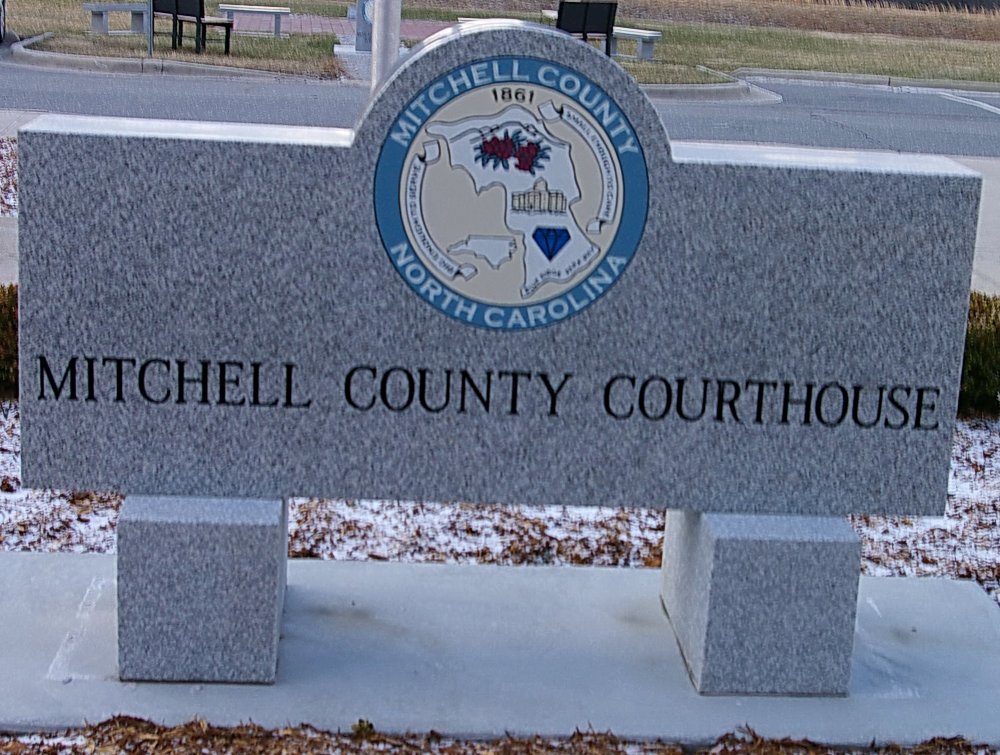 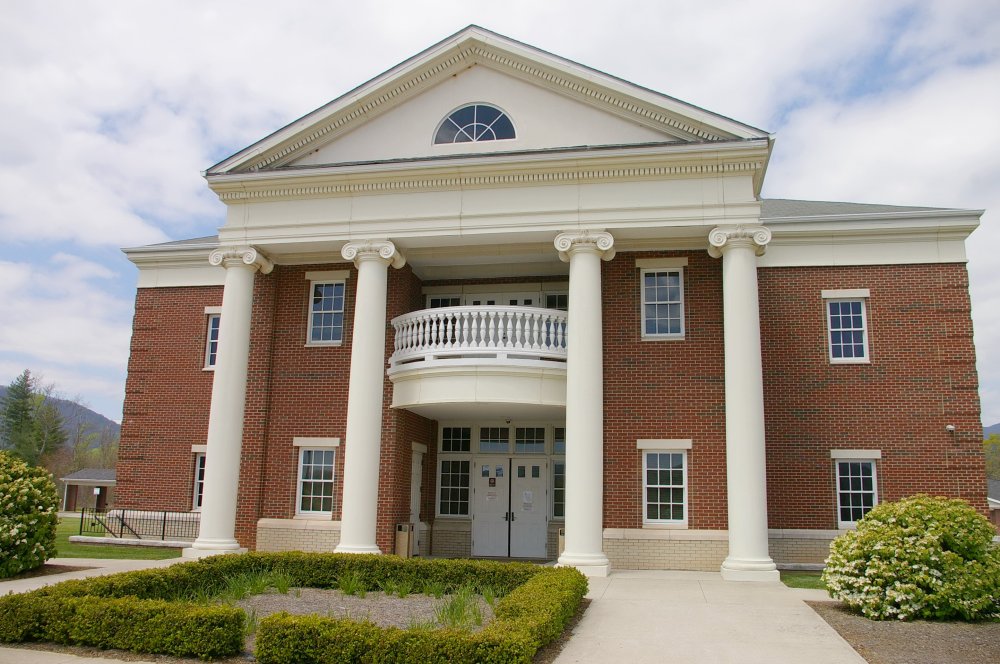 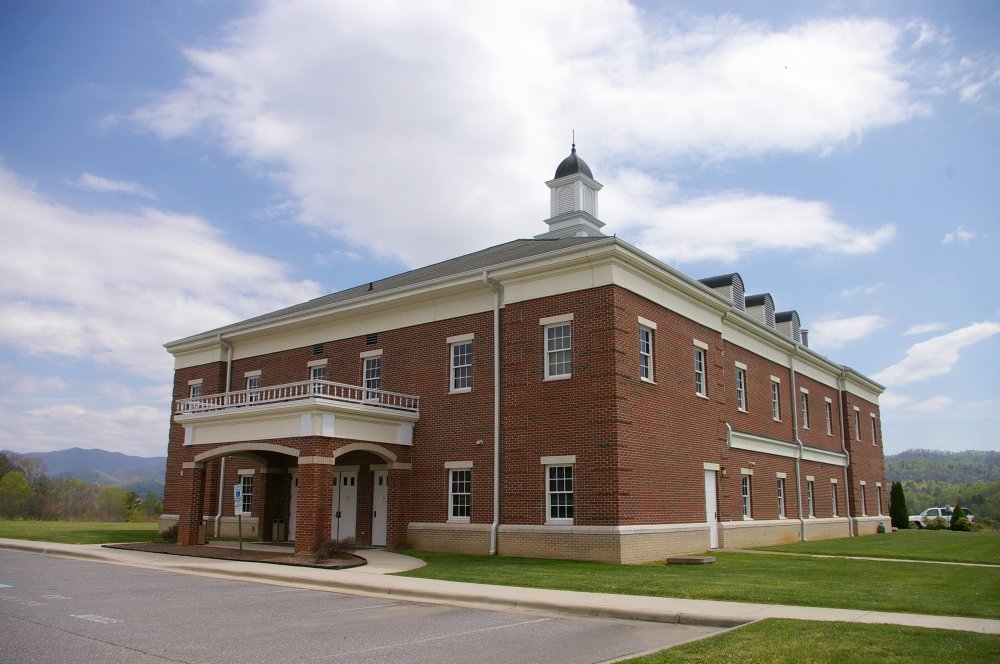 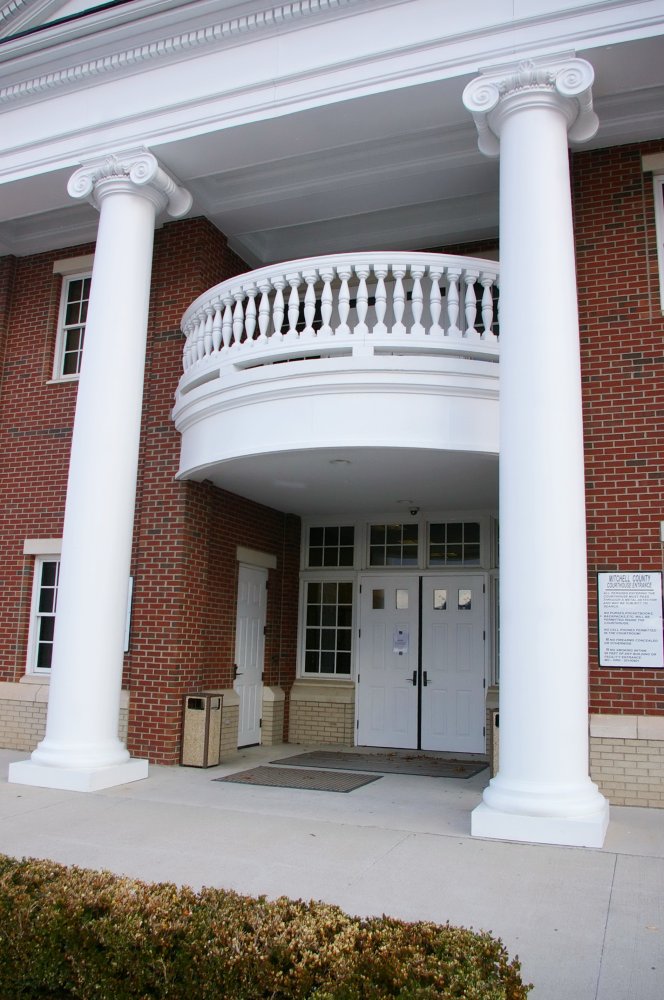 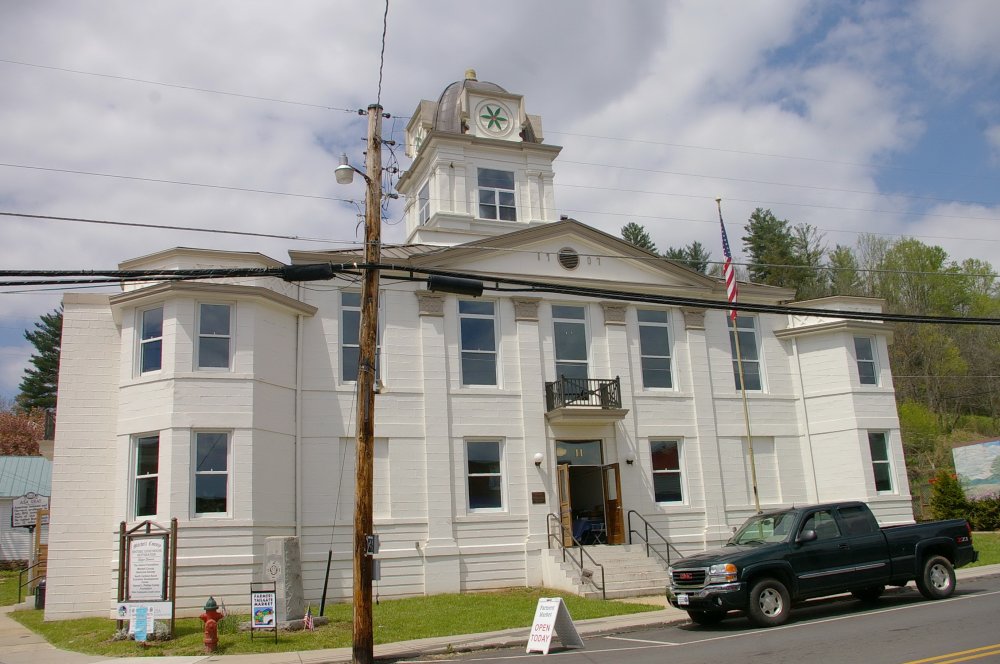 View over city from County Courthouse