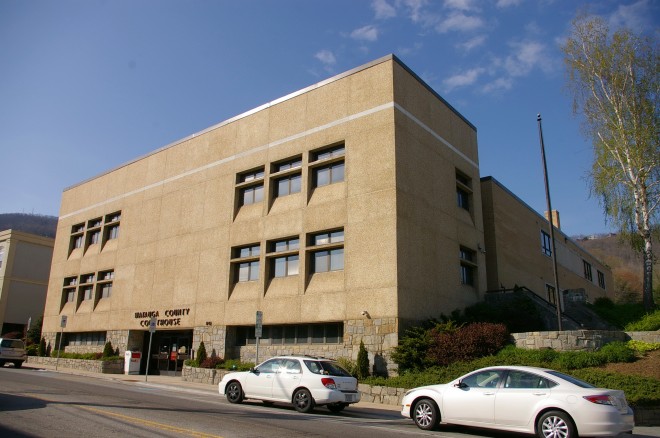 Watauga County is named for the Watauga River, which name came from the Native American word meaning “beautiful water”.

Description:  The building faces south and is a three story buff colored stone and concrete structure. The building is located in the center of Boone. The south front has a central recessed entrance on the first story. There are four sets of three windows. The roof line is flat. The building houses the County Superior Court and County District Court of the 24th Judicial District. The old jail building that was incorporated into the 1968 courthouse was completed in 1927 as an attachment to the 1905 courthouse that stood on the present site. The front addition was completed in 1982. The architect was Clemmer, Bush, Sills and Abernethy of Hickory. The current courthouse complex also includes a Works Projects Administration funded building as part of its annex. The WPA building was completed in 1939 and housed the Watauga County Library from 1946 through 1997. The building was renovated in 2005 to 2006. The architect was Hemphill Associates, Inc. of Charlotte and the contractor was Browning Engineers of Charlotte. 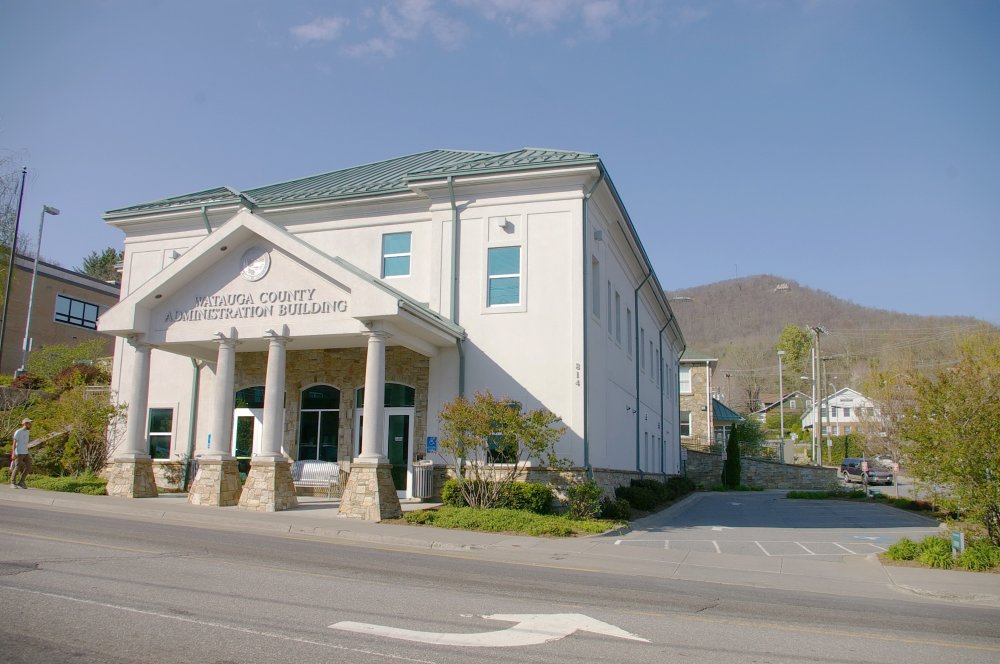 Description:  The building faces south and is a two story white colored stucco and concrete structure. The building is located in the center of Boone to the east of the courthouse. The south front has a one story portico with four columns rising to a pediment. The recessed entrance is arched and the roof is hipped. The building was originally the W R Winkler Warehouse and Masonic Hall, and then served as the Heilig-Meyers Furniture Company warehouse for many years. The building was renovated in 2006 for use by the county. 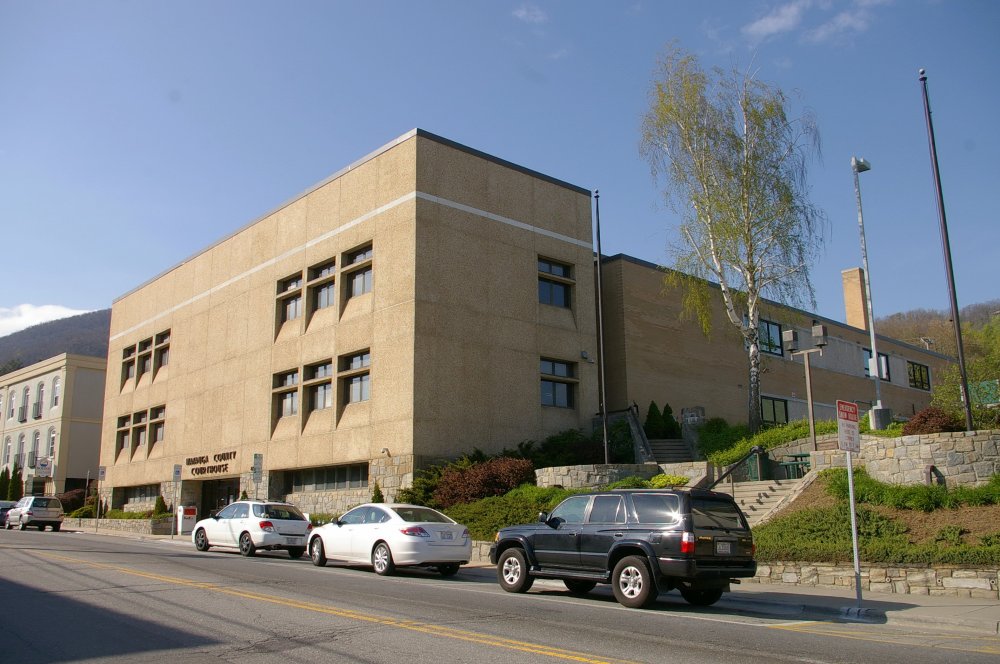 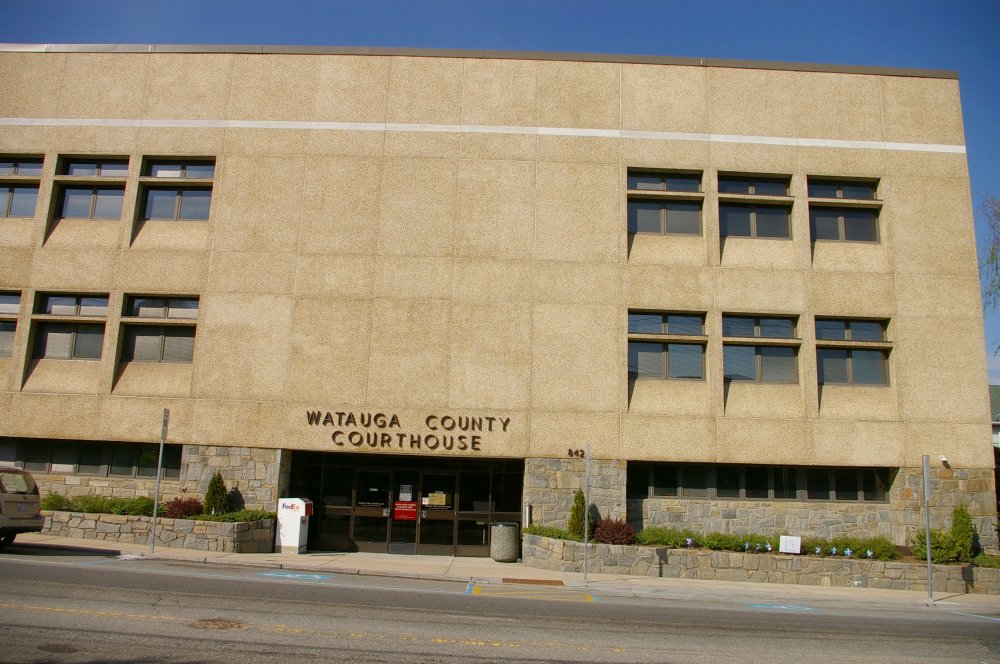 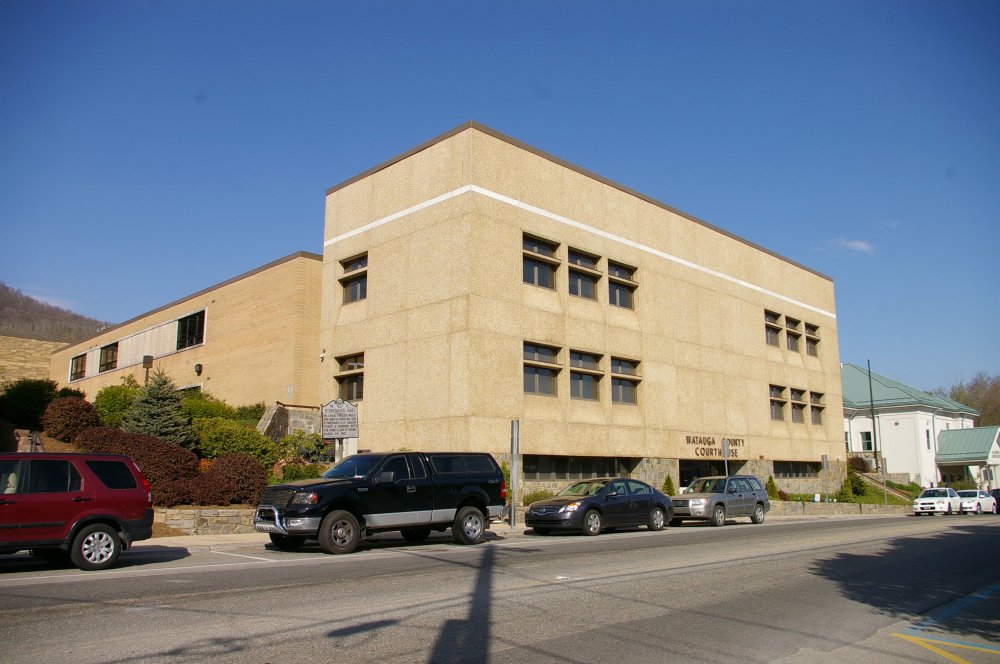 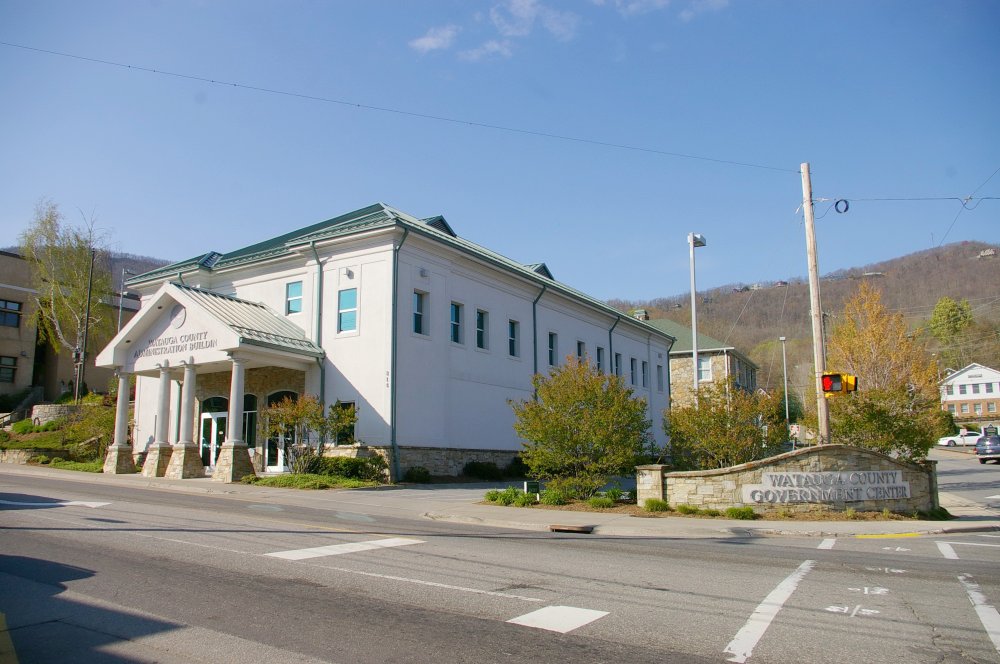 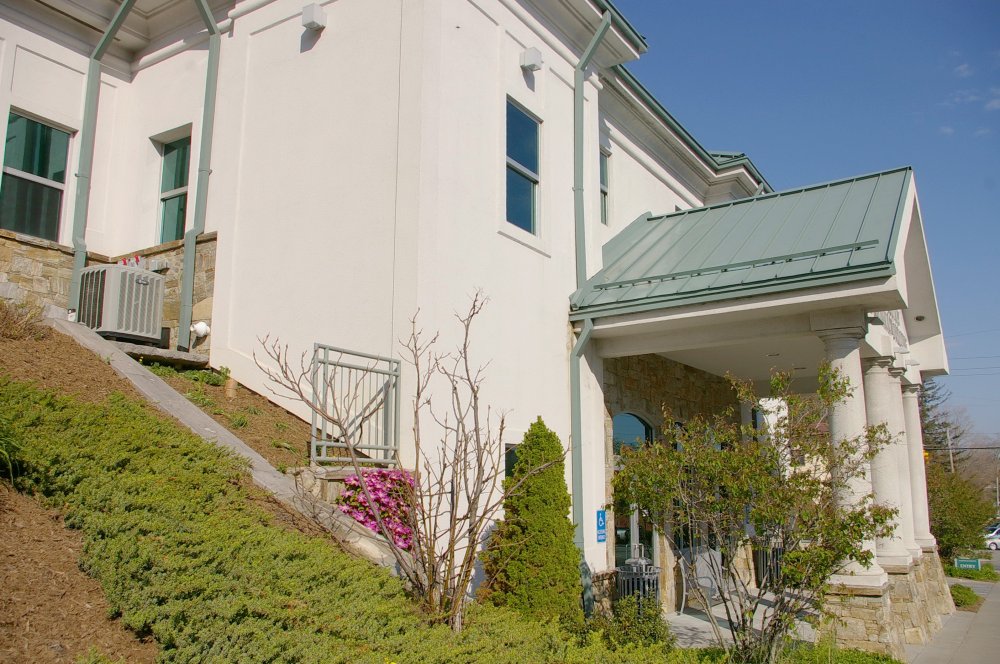