Carter County is named for Landon Carter, who was Speaker of the State of Franklin senate.

Description:  The building faces south and is a three story red colored brick structure. The building is located on landscaped grounds in the center of Elizabethton. The south front has a large portico with four white colored columns rising to a pediment at the roof line. The roof line is flat. In the interior, the courtroom is located on the second story. The building houses the County Chancery Court of the 1st Judicial District. The building was remodeled in 1933 after fire damage. The architect was D R Beeson and the contractor was J C Crumley. A red colored brick addition was constructed on the north side in 1986 to 1987. The architect was Beeson, Lusk & Street located in Johnson City and the contractor was Burwil Construction Company, Inc. An addition was constructed in 1994. The architect was Reedy & Sikes.On the south side of the building is the old Sherriff’s Office. 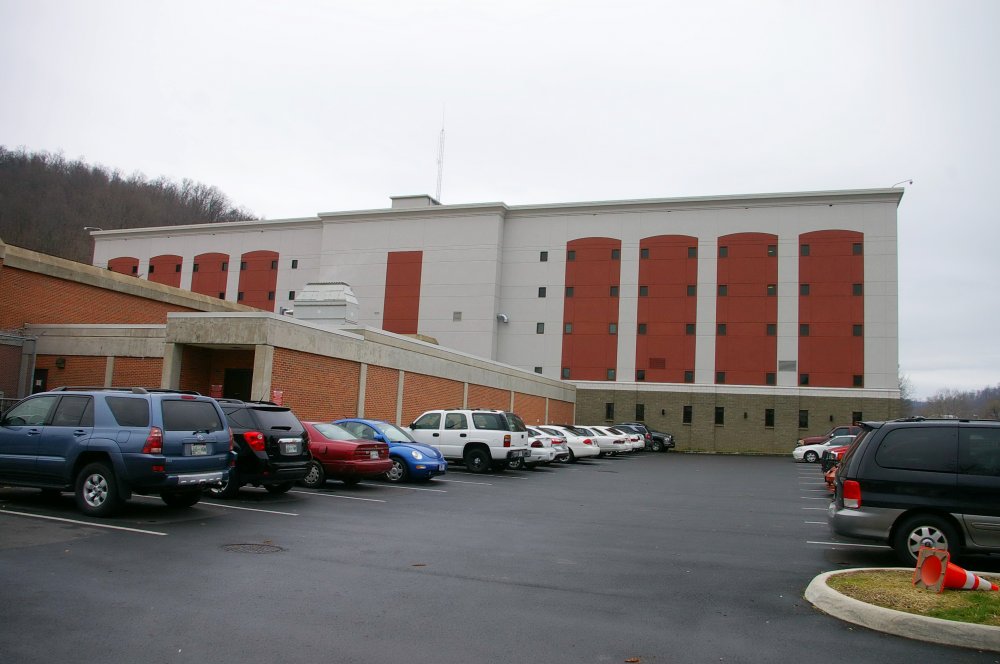 Description:  The building faces north and is a two story red colored brick and concrete structure. The building is located in the center of Elizabethton to the south of the courthouse. The building sits on the north side of the five story County Detention Center. The building is a square shape with a one story section on the west side. A wide band of concrete runs along the flat roof line. The building houses the County Circuit Court, County Criminal Court, County General Sessions Court and County Juvenile Court of the 1st Judicial District.

History:  The county was created in 1796 and Elizabethton was selected as the county seat. The court first met at the house of William Matlock in Elizabethton. The first courthouse was a log structure erected on the public square in 1797. The second courthouse was a two story octagonal brick structure built in 1821 under the supervision of Jeremiah Campbell. William Carter, James Keys, Johnson Hampton and Alfred M Carter. The third and present courthouse was constructed in 1850 to 1852 at a cost of $7,100. The County Justice Center was constructed in 1978 to 1979. 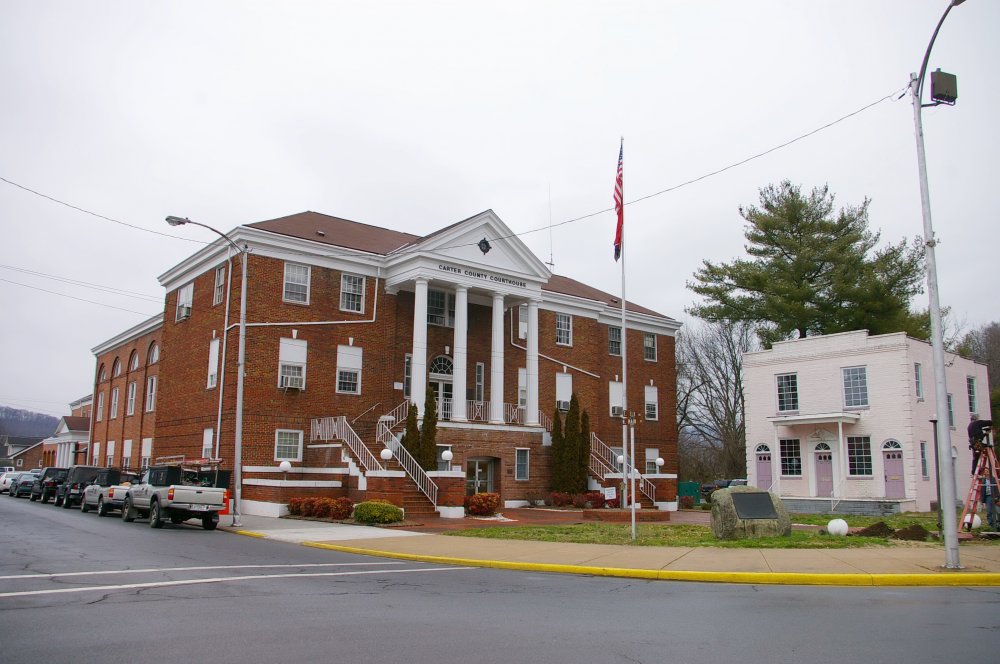 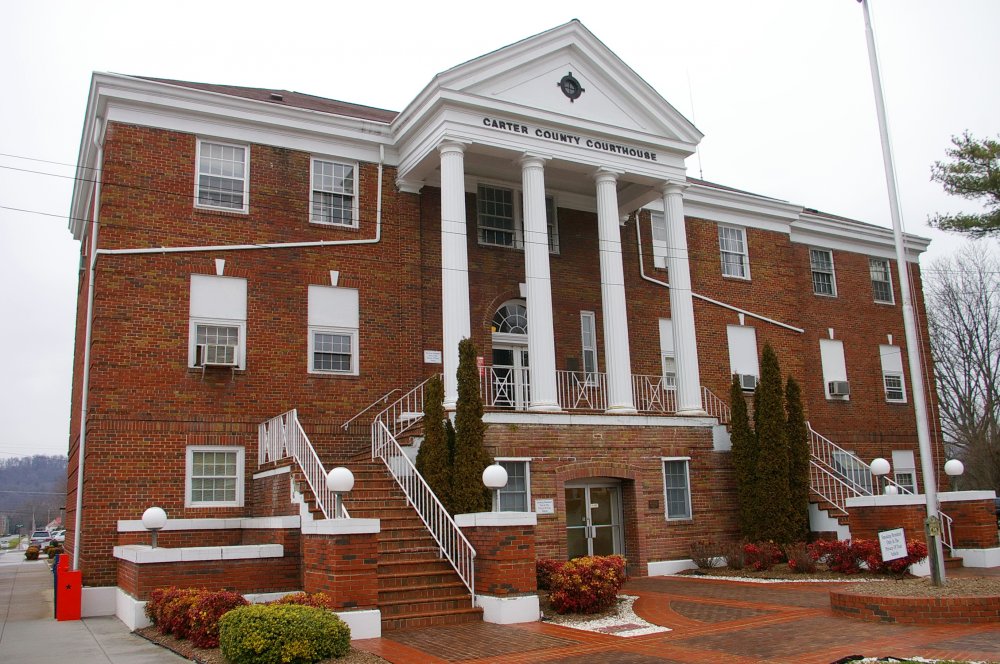 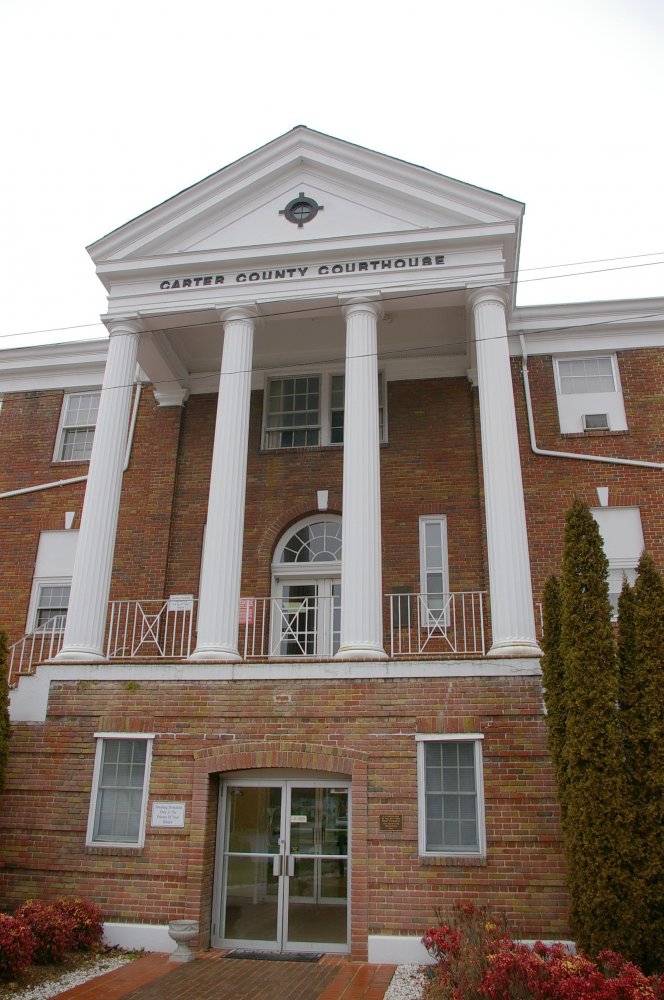 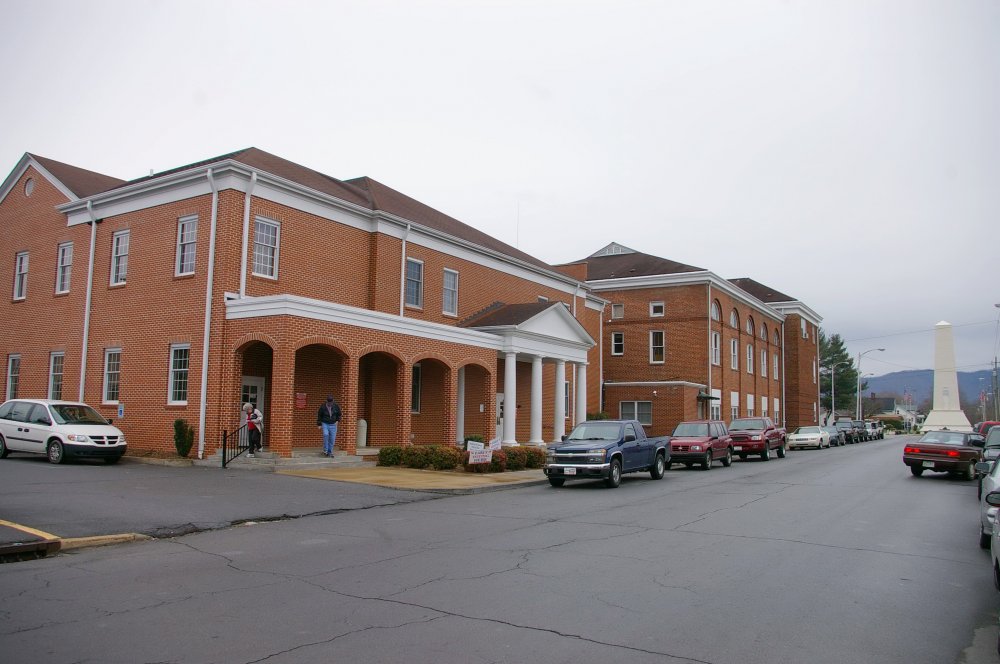 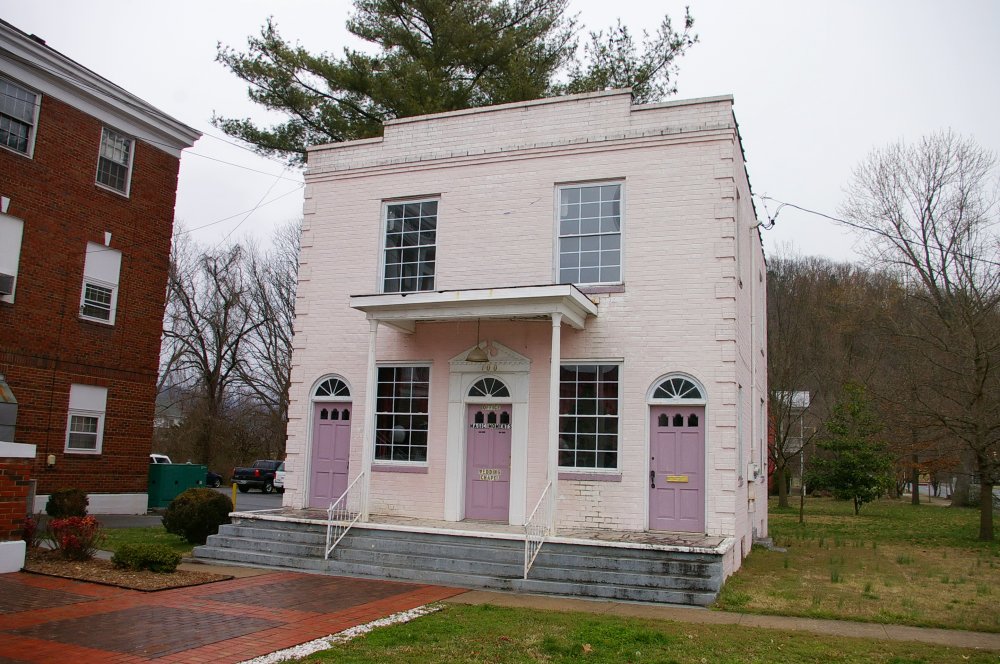 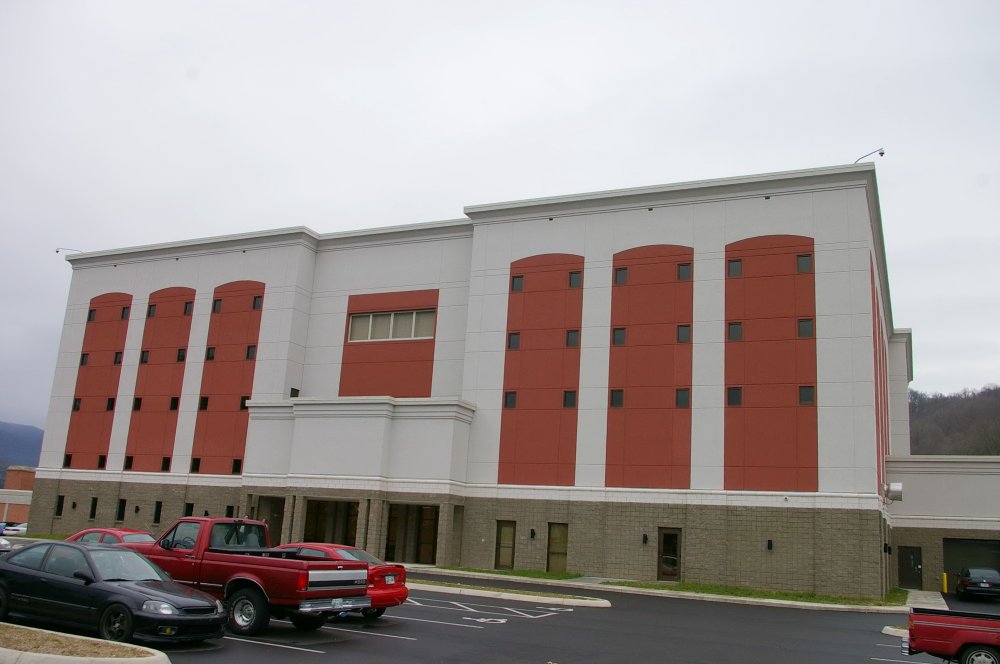 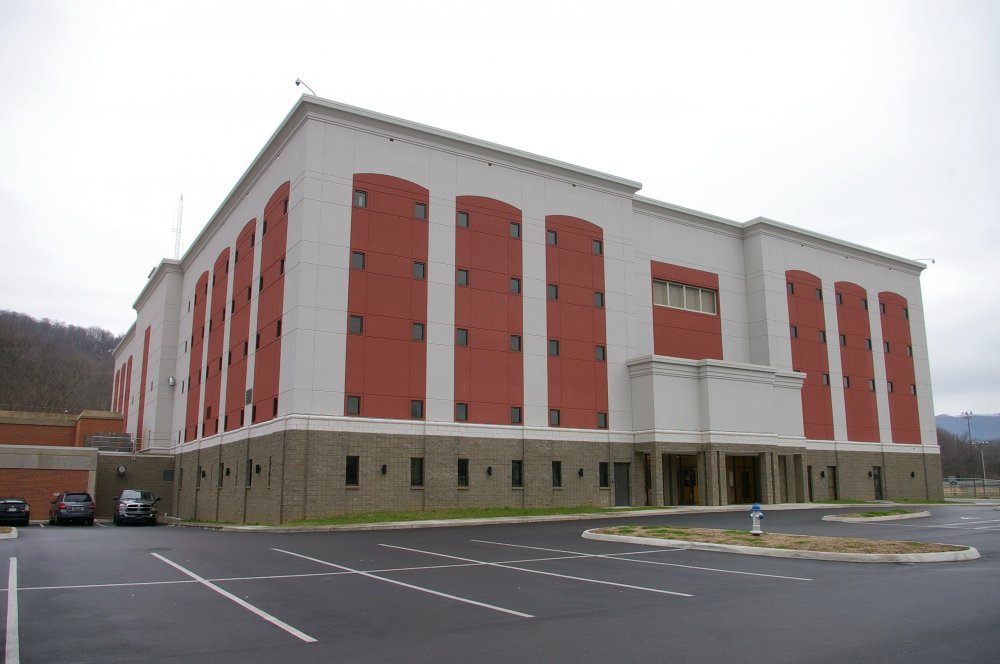