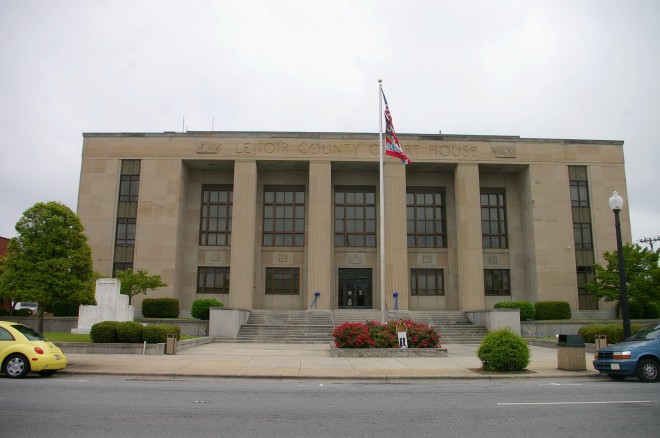 Lenoir County is named for William Lenoir, who was a captain in the American Revolutionary War and who took part in the Battle of Kings Mountain.

Description:  The building faces west and is a three story brownish colored stone and concrete structure. The building is located on landscaped grounds in the center of Kinston. The west front has a large recessed porch with four large pillars rising to a header along the flat roof line. The entrance is located at the center. The second and third stories have large windows. In the interior are wide cross halls lined with tan colored marble veneer. The floor is black colored terrazzo with a tan colored edge. There are bronze stair railings. The large courtroom is located on the second story and has oak paneling with rectilinear details. There are suspended light fixtures and octagonal paneled doors. Windows illuminate either side of the chamber. The building houses the County Superior Court and County District Court of the 8th Judicial District. On the east side is a new addition constructed in 1981 to 1983. The architect was Burnstudio & Jenkins-Peer and the contractor was Dale Blosser & Associates. 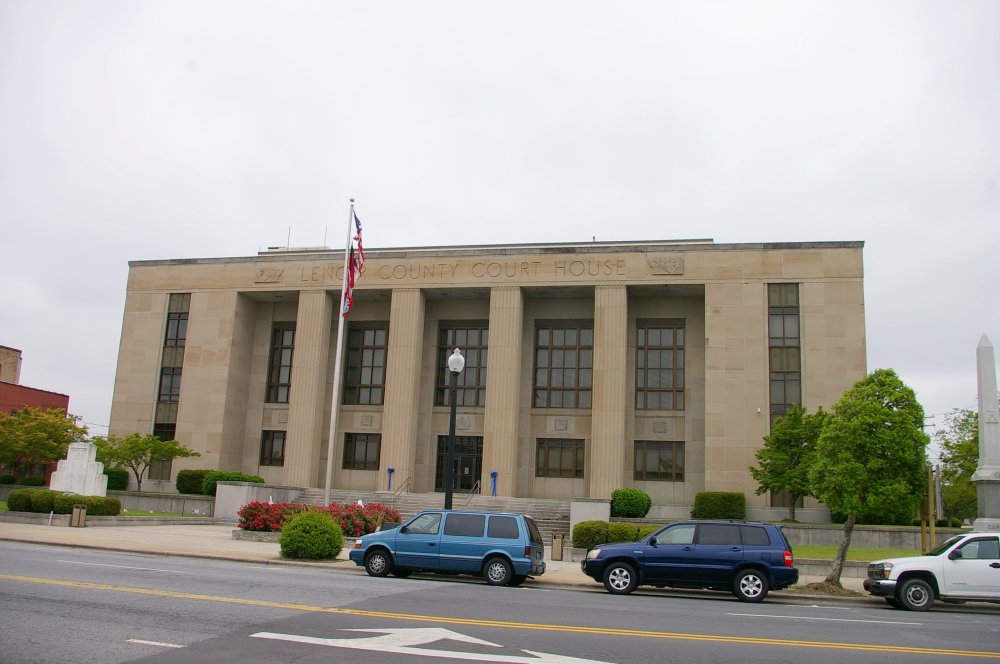 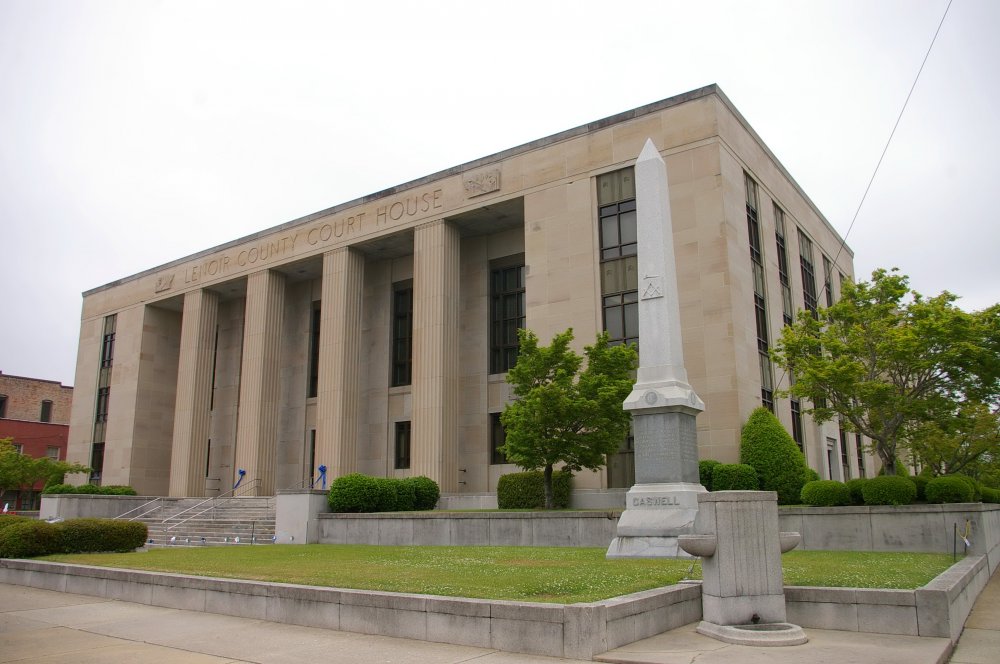 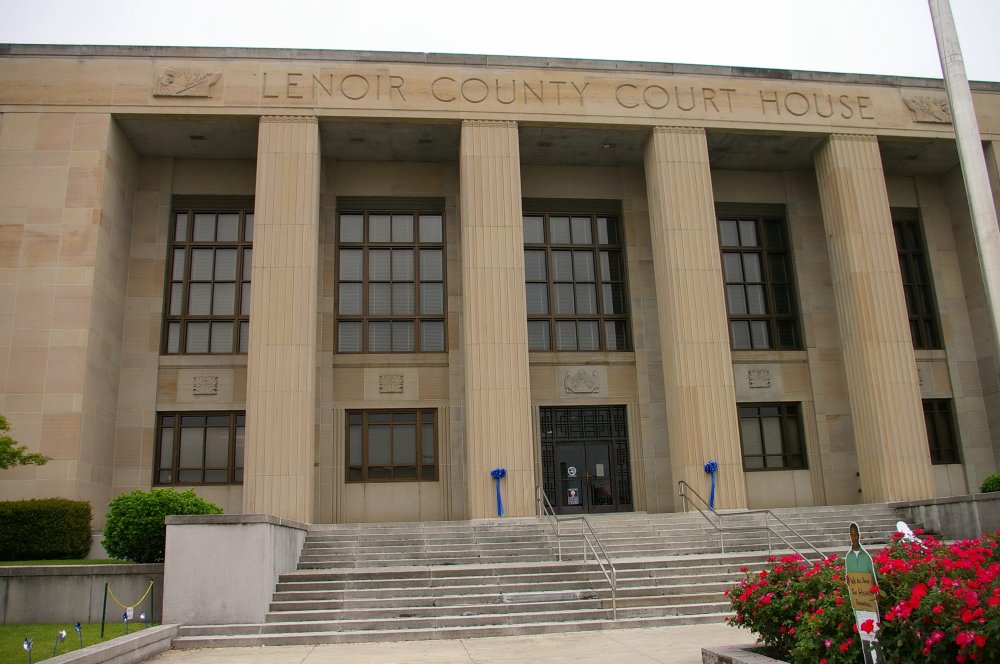 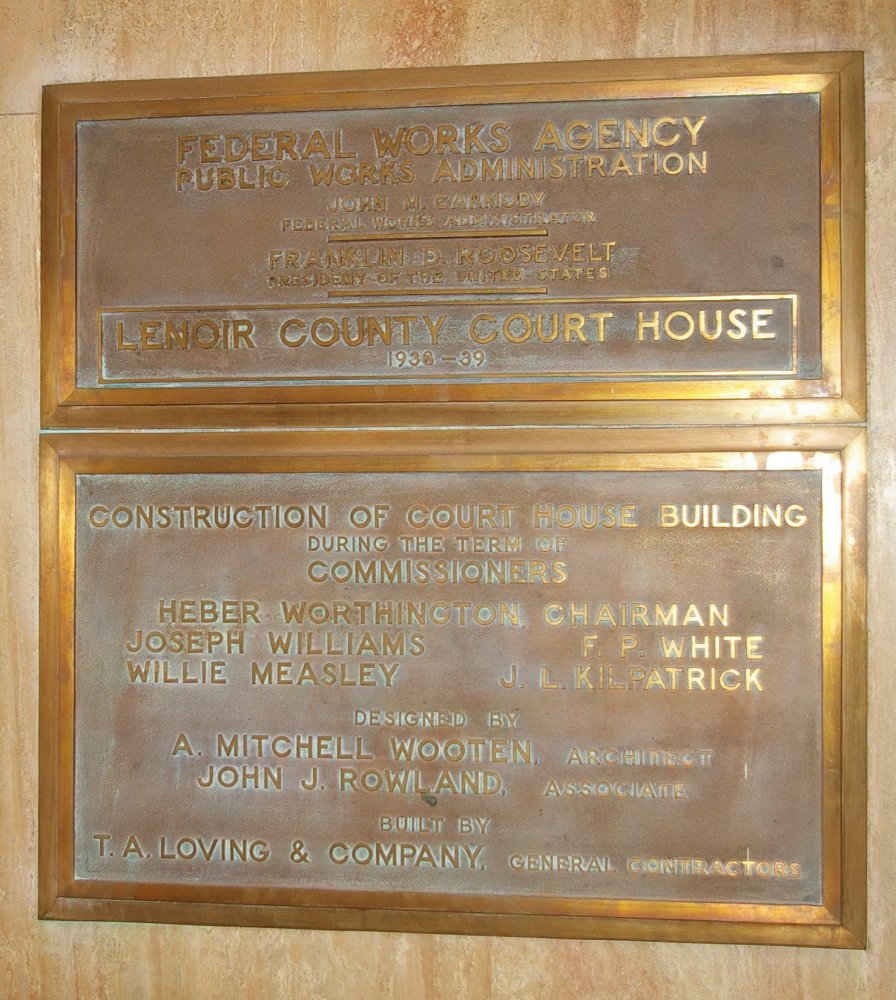 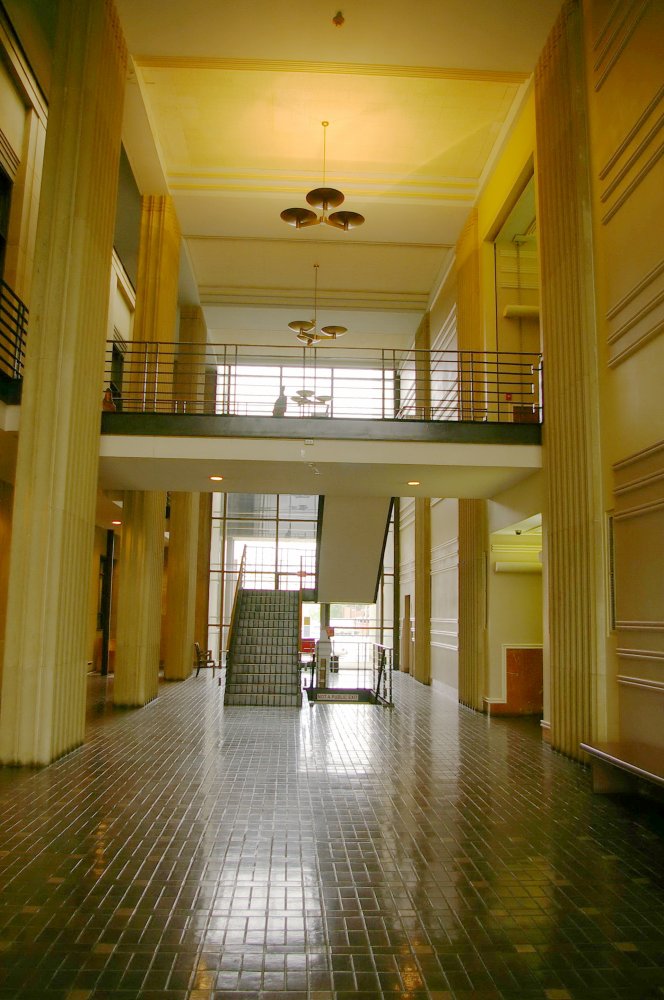 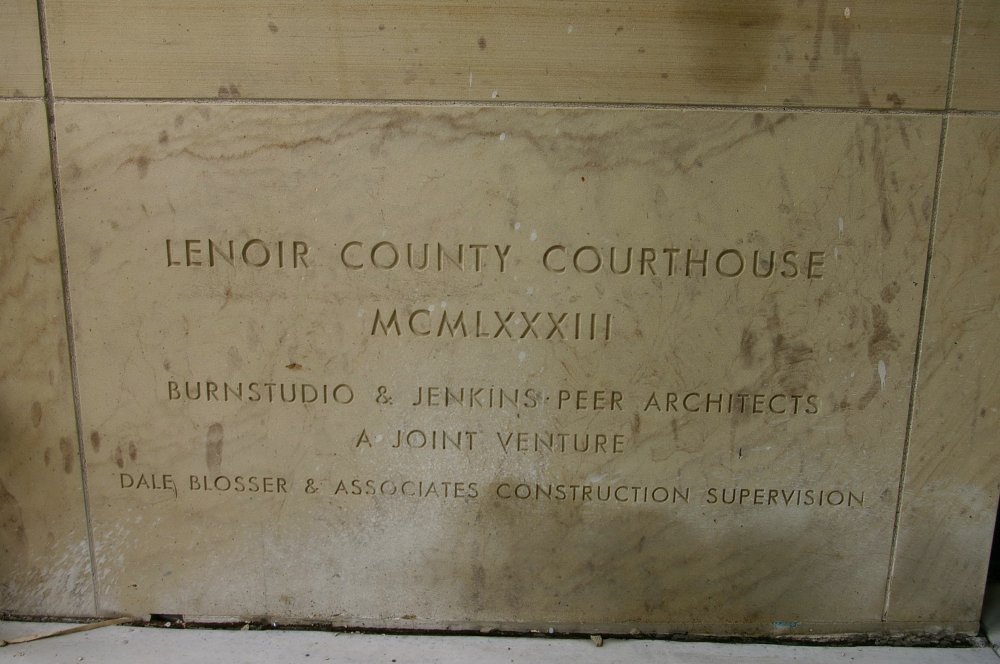