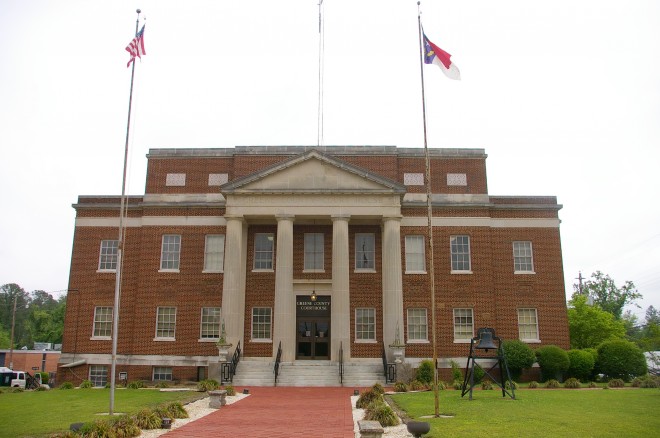 Architect:  Thomas B Herman of Wilson

Description:  The building faces west and is a three story red colored brick and concrete structure. The building is located on landscaped grounds in the center of Snow Hill. The west front has a large portico with four columns rising to a pediment at the second story roof line. The third story is recessed and has a flat roof line. Horizontal belts run at the base of the first story and above the second story windows. A cornice follows the roof line. In the interior, there is an iron stair at the south end of the building and classically inspired iron radiator grilles. The courtroom is located on the second story and has classical motifs such as fluted pilasters and a Doric frieze band carved on the judge’s bench.  The building houses the County Superior Court and County District Court of the 8th Judicial District. The building was a Works Projects Administration project. The building was renovated in 1971 to 1972. The architect was Charles E Woodell of Smart. Woodell. Isley & Herring of Raleigh. The building was renovated in 2012. The architect was Brennan Associates, Inc. of Columbia, South Carolina and the contractor was Virtexco Corporation of New Bern. 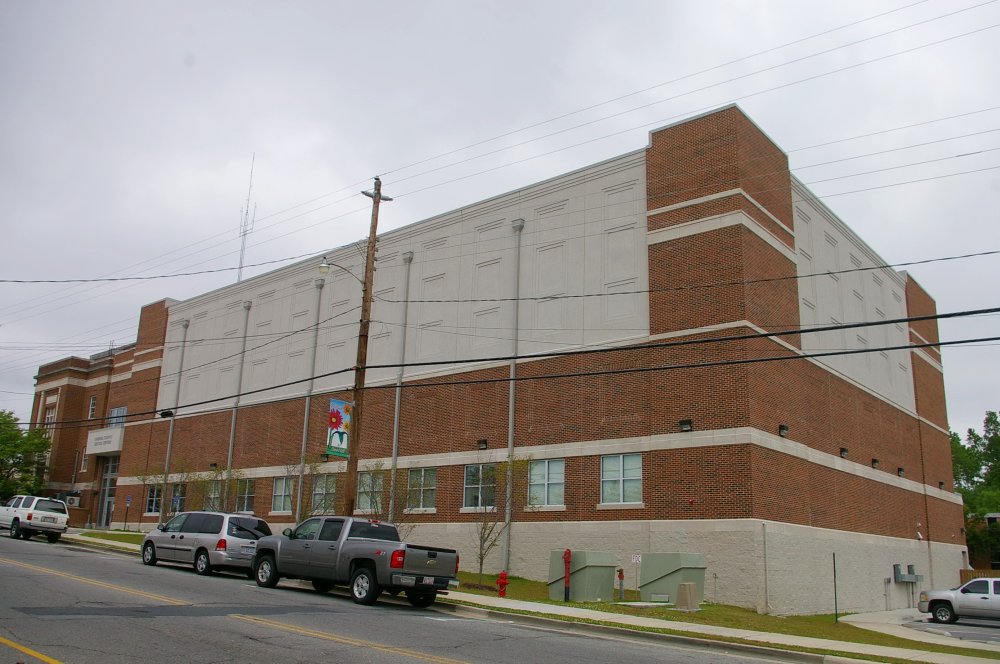 Description:  The building faces south and is a four story red colored brick and concrete structure. The building is located on landscaped grounds in the center of Snow Hill and descends down a slope and is attached to the courthouse on the west side. The upper part of the building and the base are white colored concrete. There are windows only on the first story. The roof line is flat. . 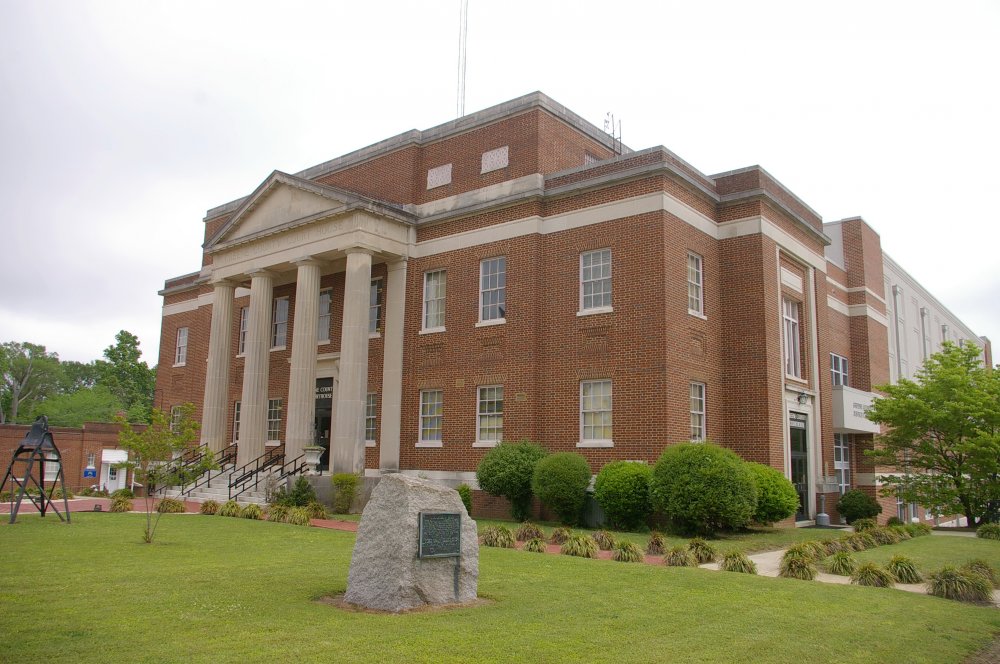 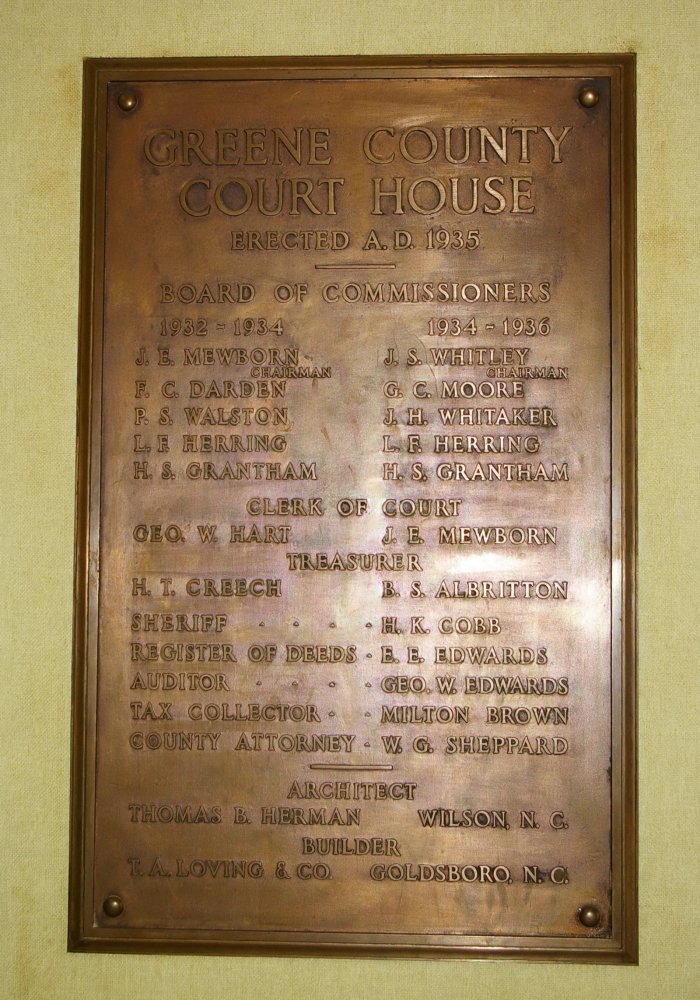 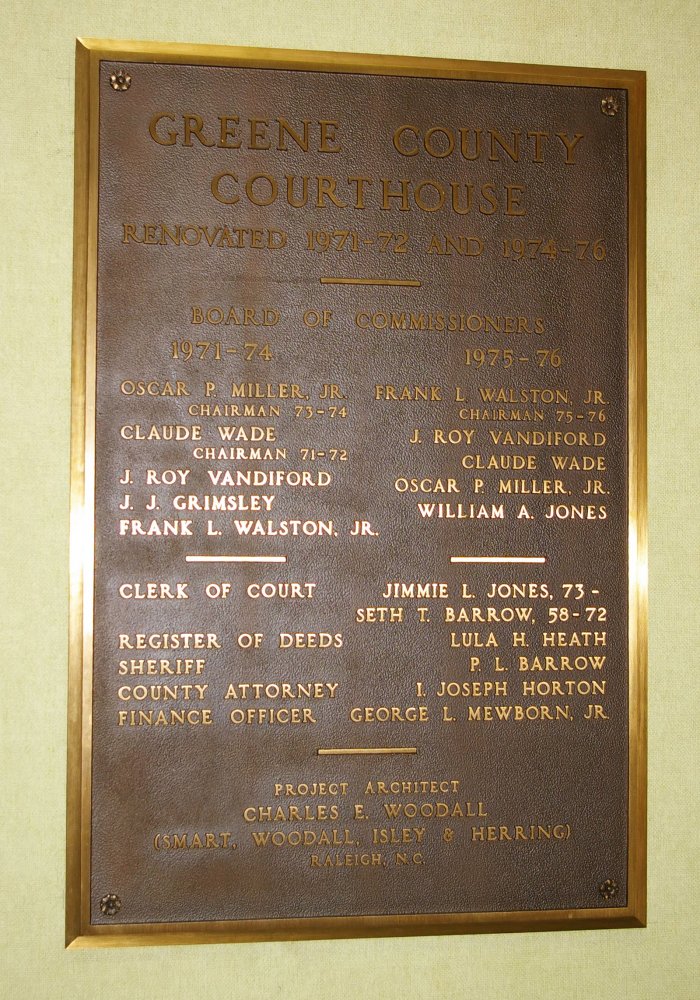 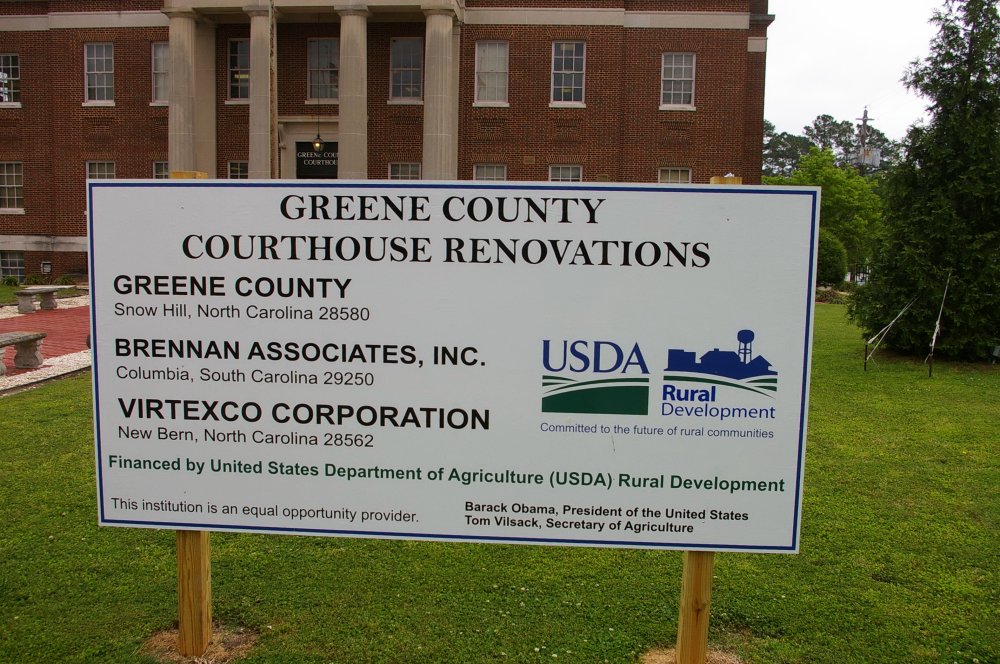 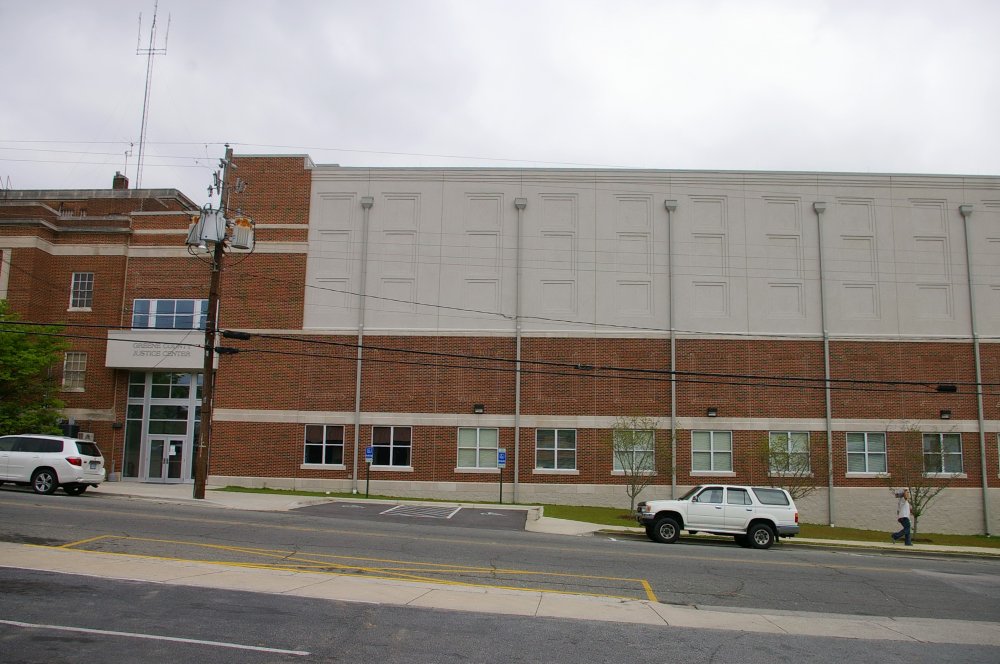 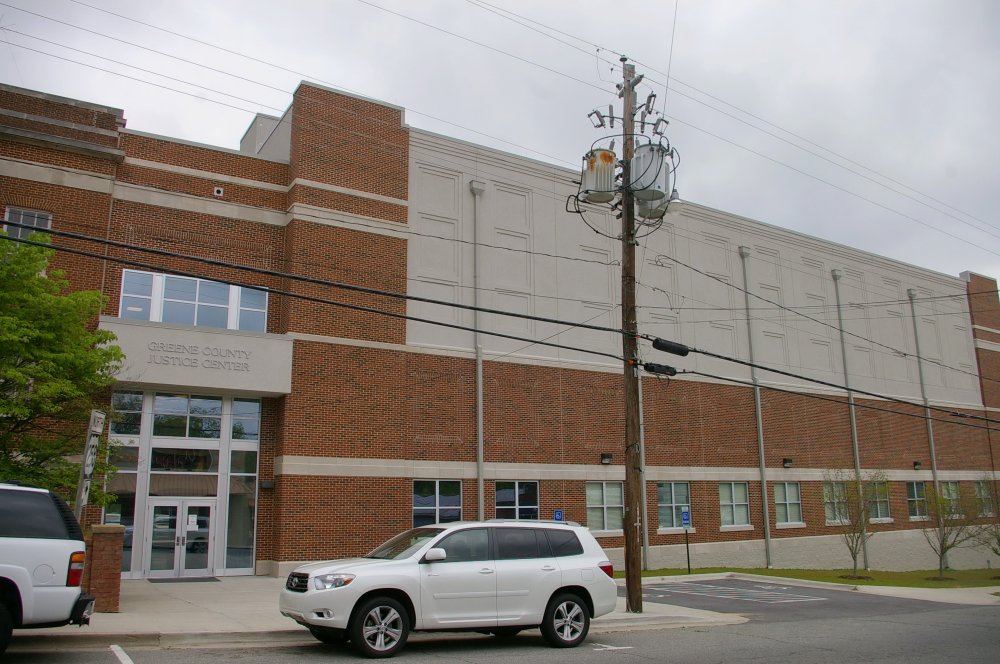 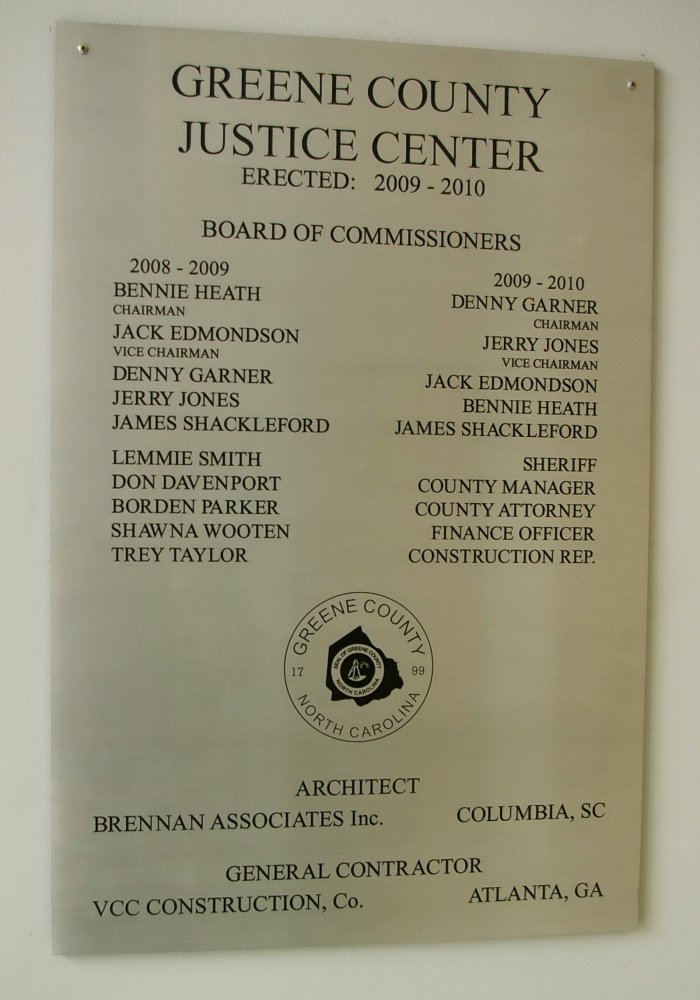