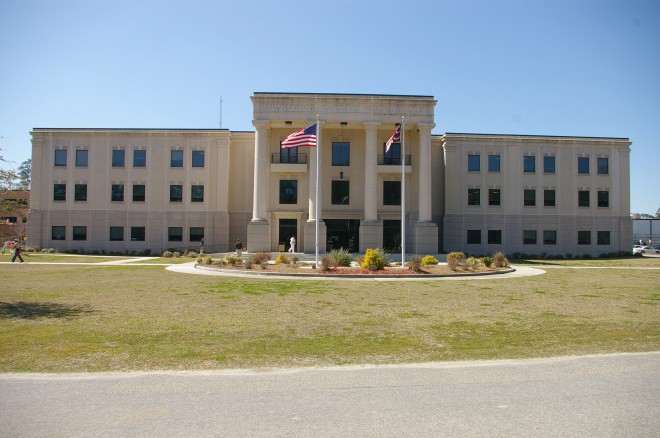 Description:  The building faces northeast and is a three story structural steel, concrete and stone structure. The building is located on spacious landscaped grounds to the south of the center of Bolvia and is part of the County Government Complex developed in 1878. The northeast front has a large portico supported by four large columns rising to a wide header above the recessed third story. The outside third story windows have small balconies. The base of the building is polished stone. The interior has a grand staircase rising to the second story and five courtrooms. The building houses the County Superior Court and County District Court of the 13th Judicial  District. The building is to be expanded in 2019 to 2020. The architect is Sawyer Sherwood & Associate Architecture and the contractor is Barnhill Contracting Company. 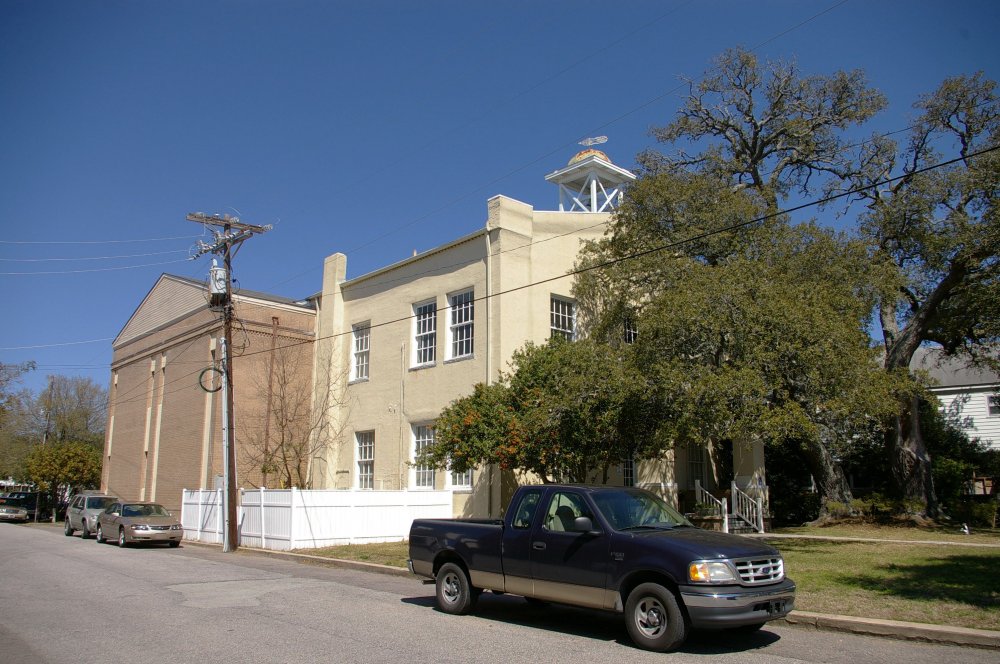 Description:  The building faces south and is a two story stone and cream colored stucco structure. The building is located on landscaped grounds in the center of Southport. On the south front is a one story brick portico. The entrance door has a fan-light above. The roof is hipped and has an open bell tower. . In the interior, there is a corridor dividing the first story. The former courtroom is located on the second story. The building serves as the Southport City Hall. The building was remodeled in 1922. To the northeast is the old two story red colored brick jail built in 1904. 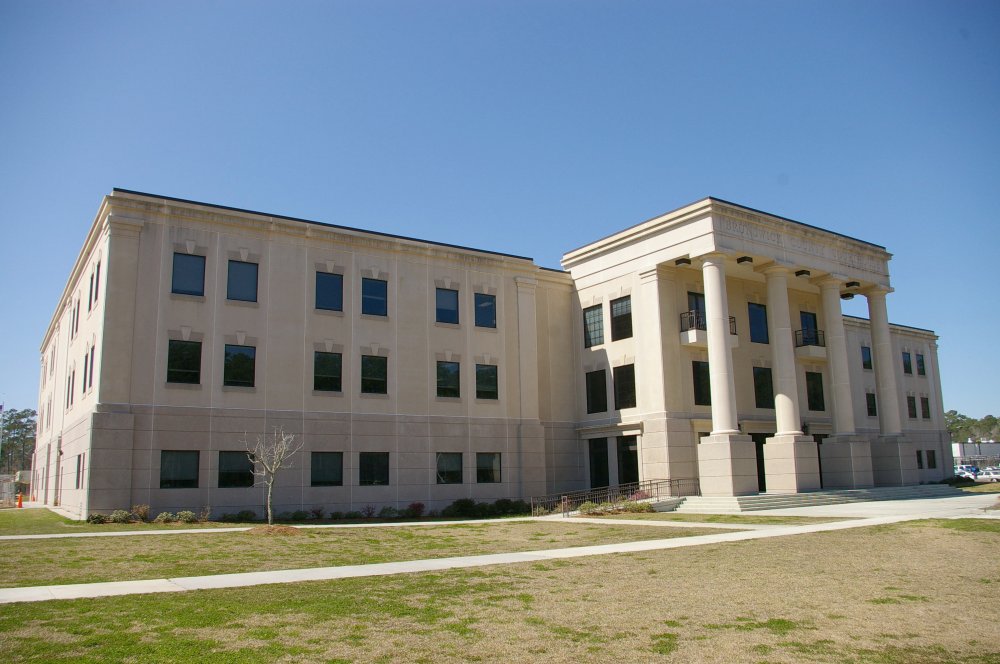 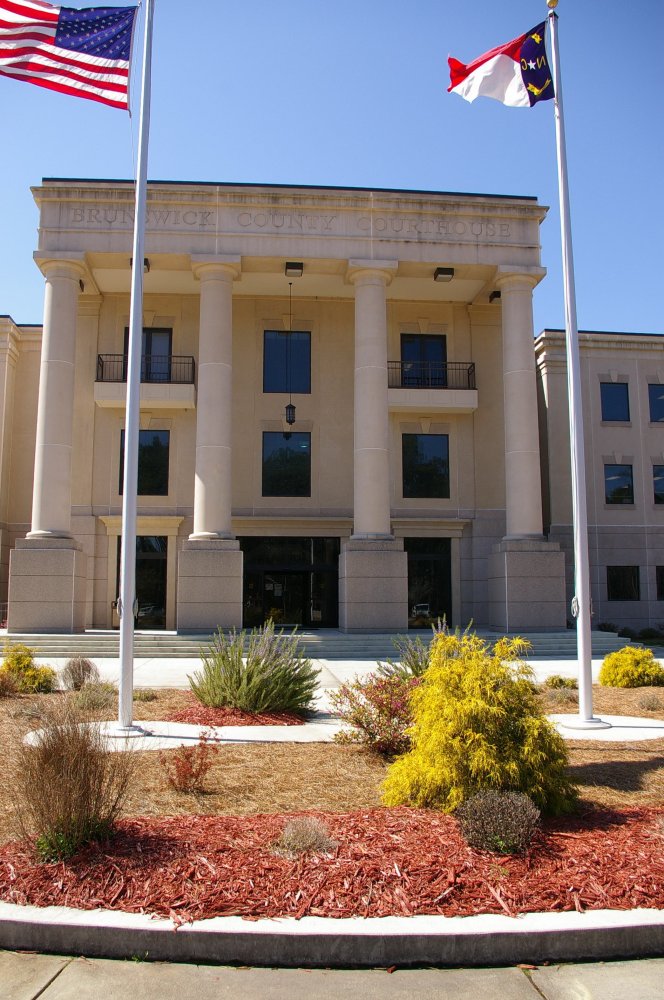 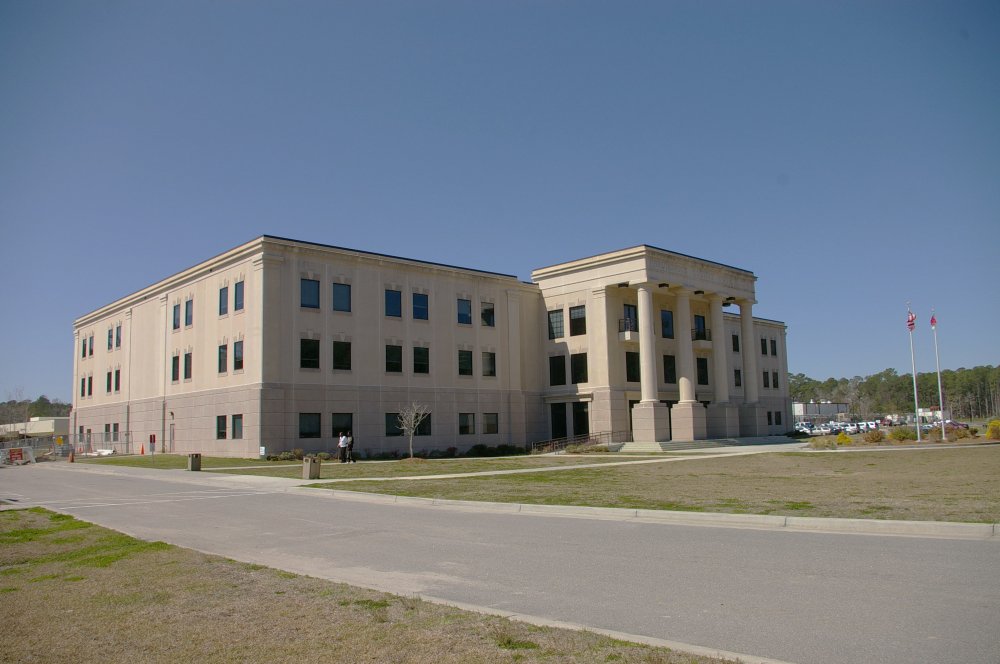 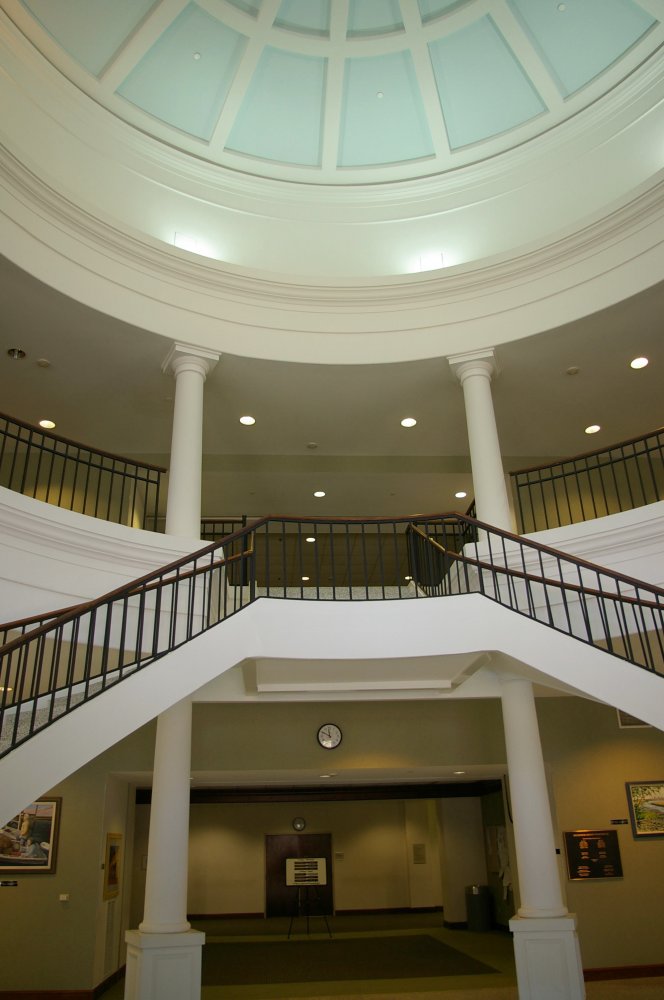 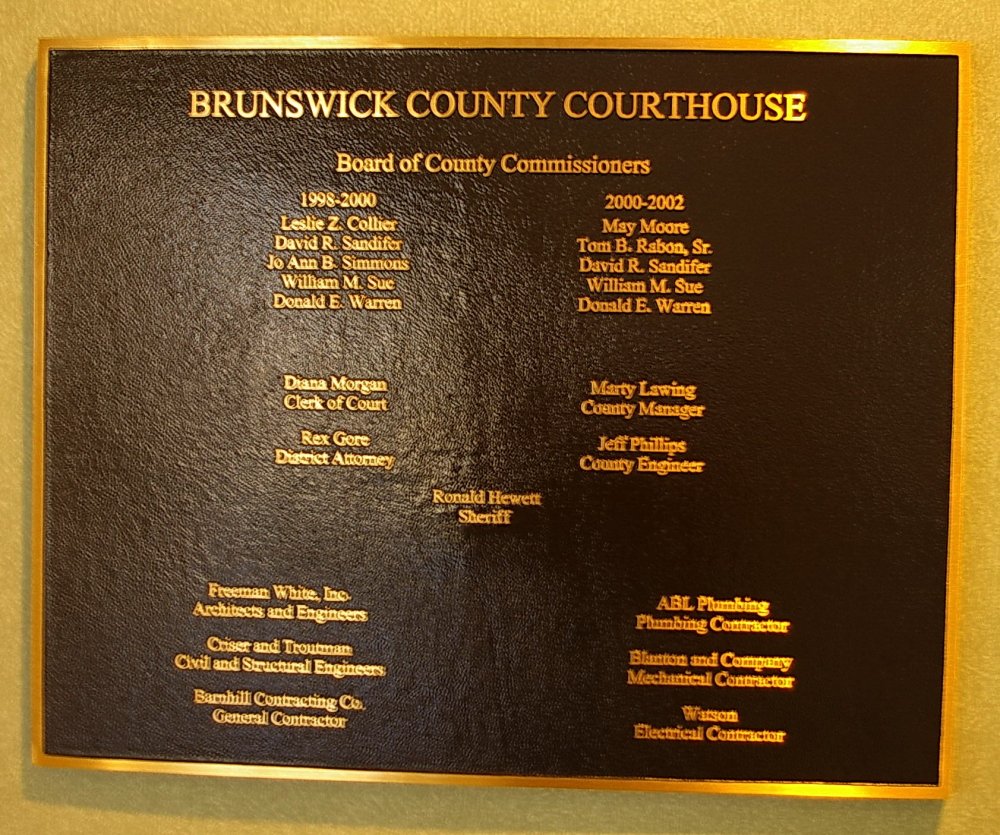 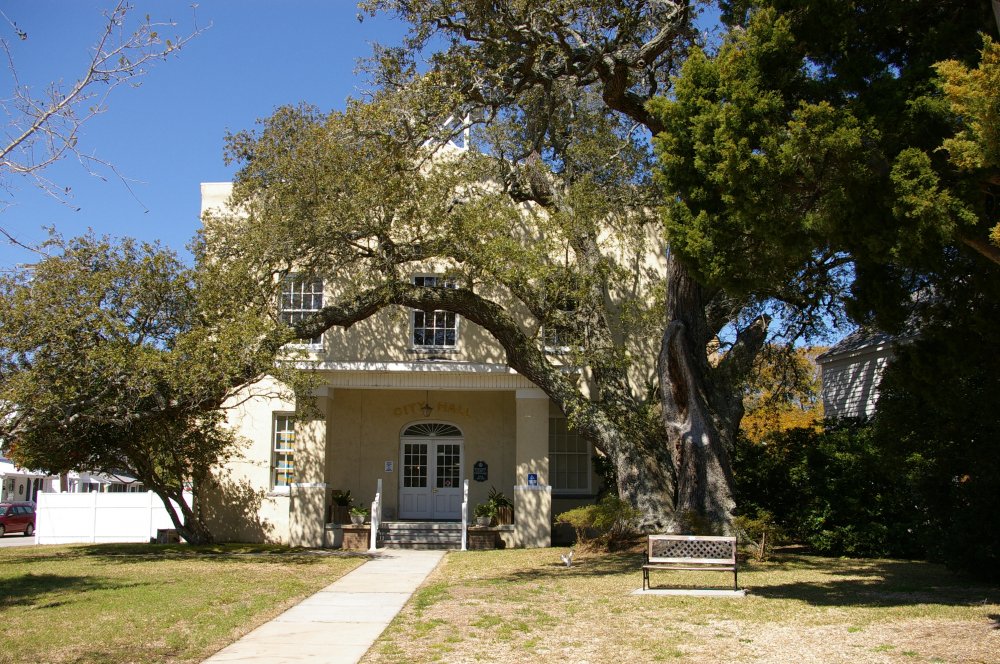 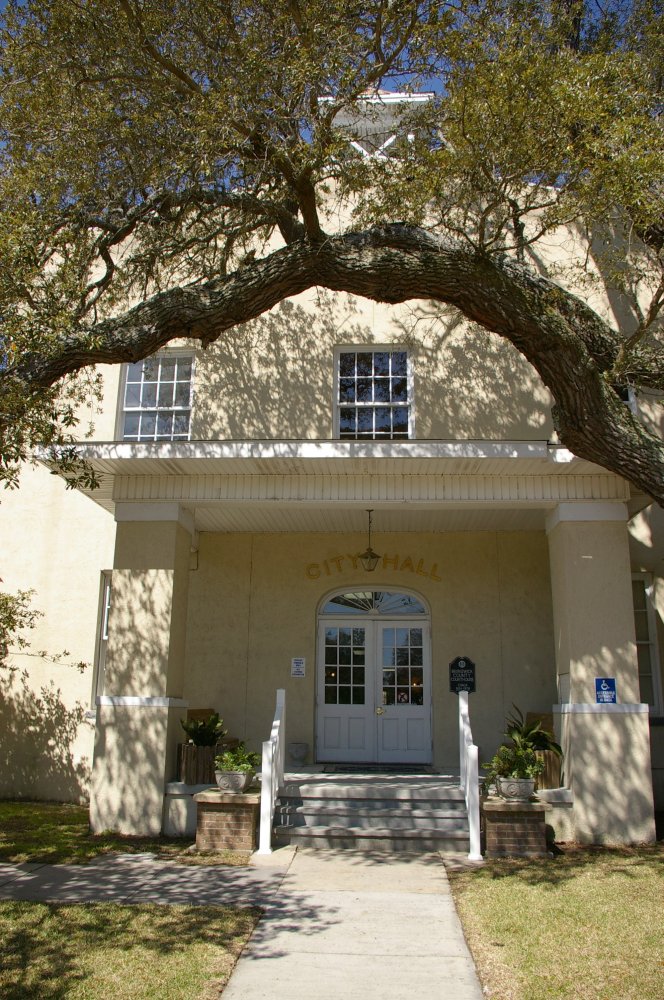 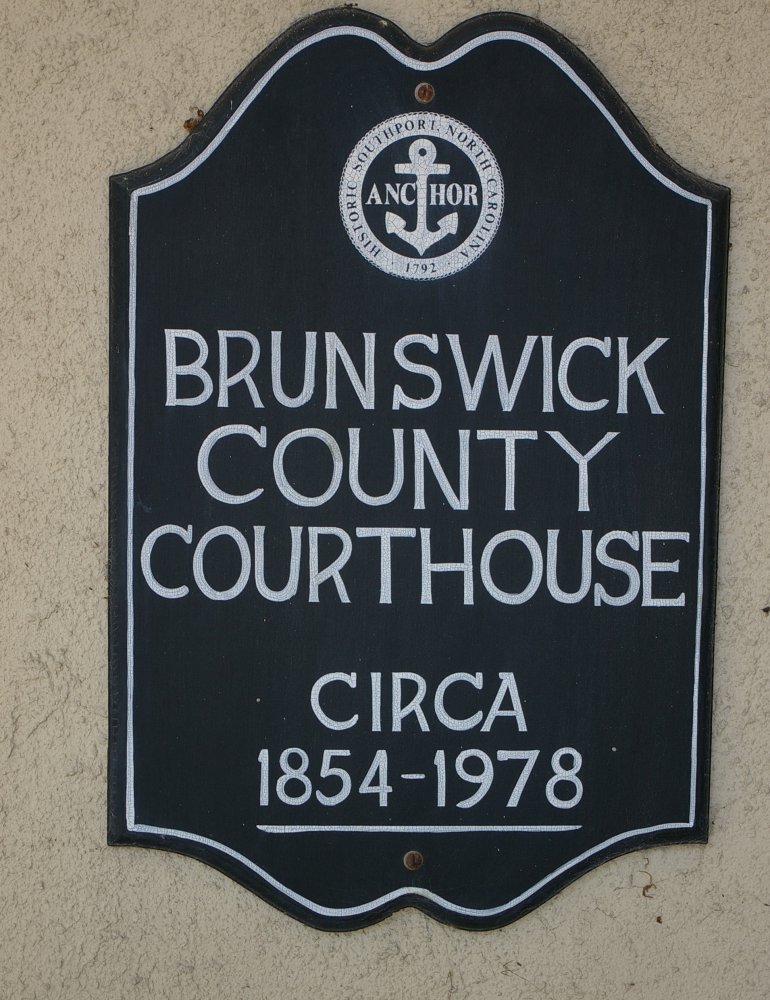 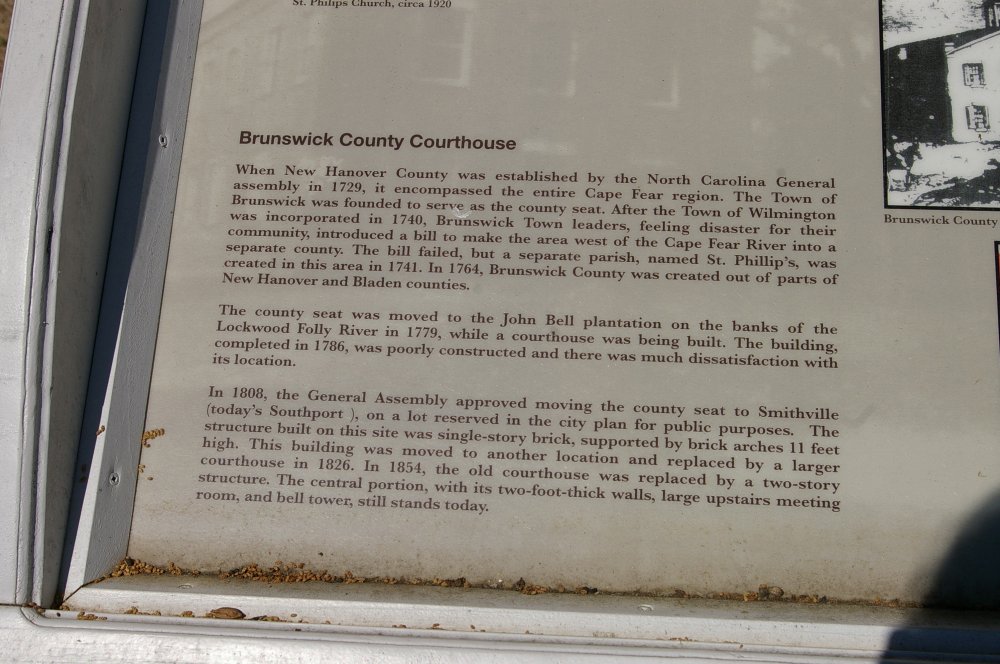 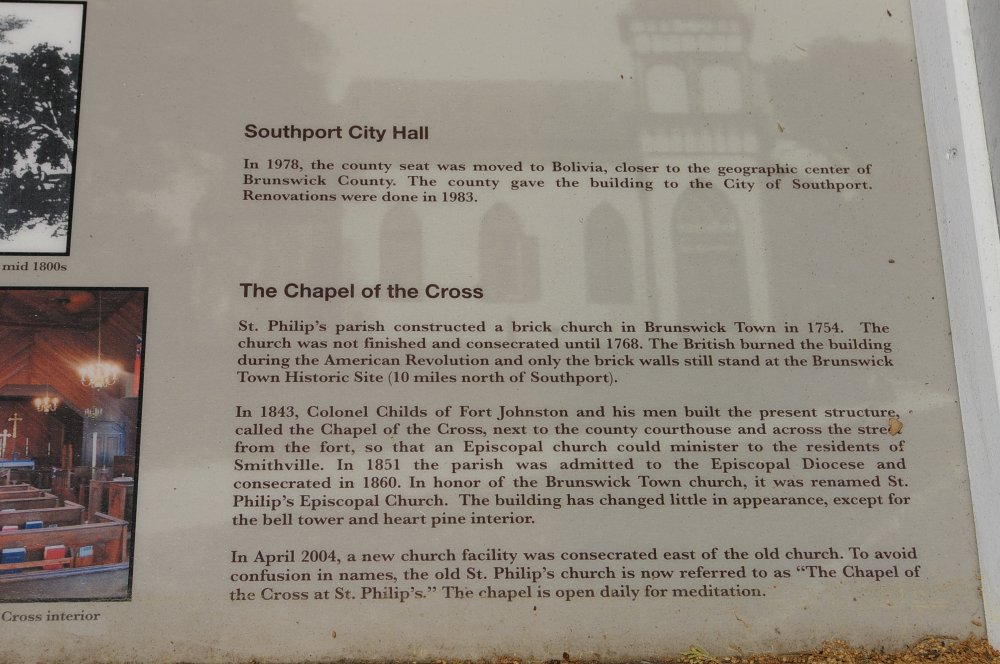 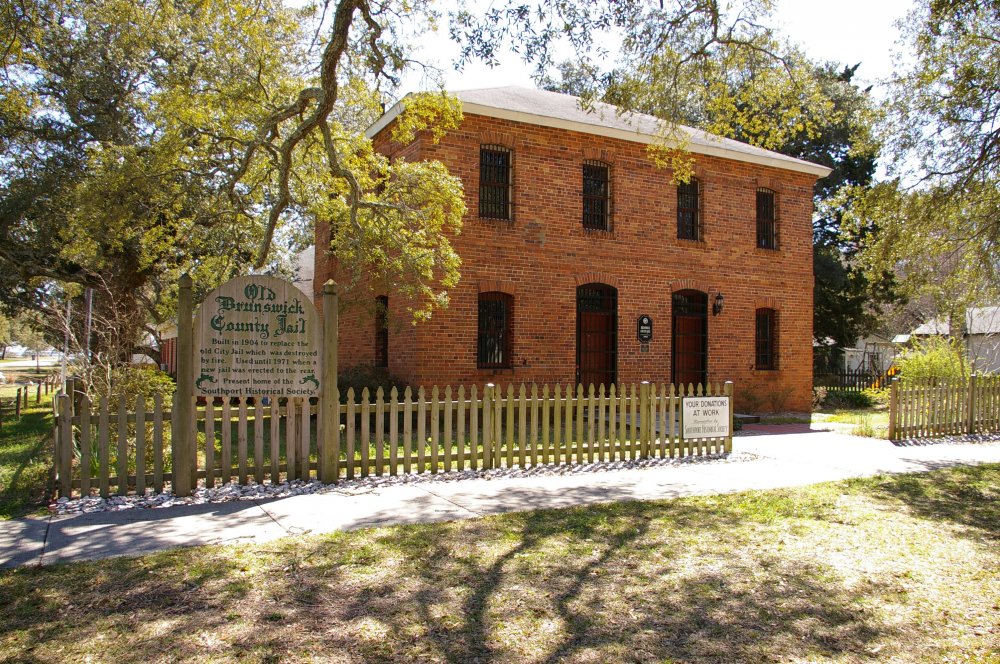