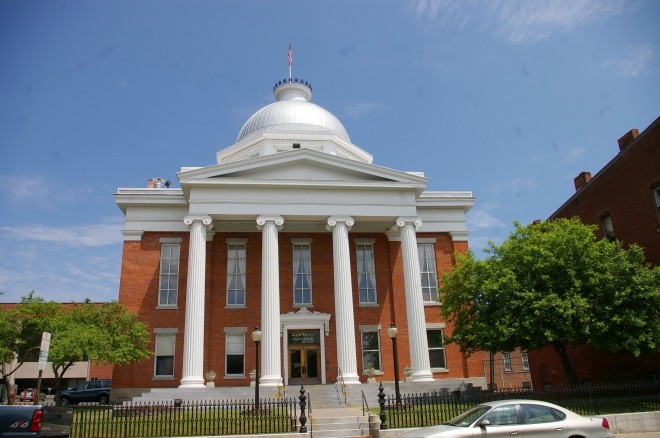 Description:  The building faces south and is a two story red colored brick structure. The south front has a large portico supported by four high white colored columns rising to a pediment at the roof line. The entrance is framed with white colored wood. The windows on the second story are long and narrow. On the center of the roof is a large octagonal dome with silver colored roof and parapet at the top. The supervisor was Jacob Scheible. Remodeled in 1897. The architect was Kelly and Headley of Rochester and the contractor was Schreiber and Schattner. In 1957, an addition was added on the north side. 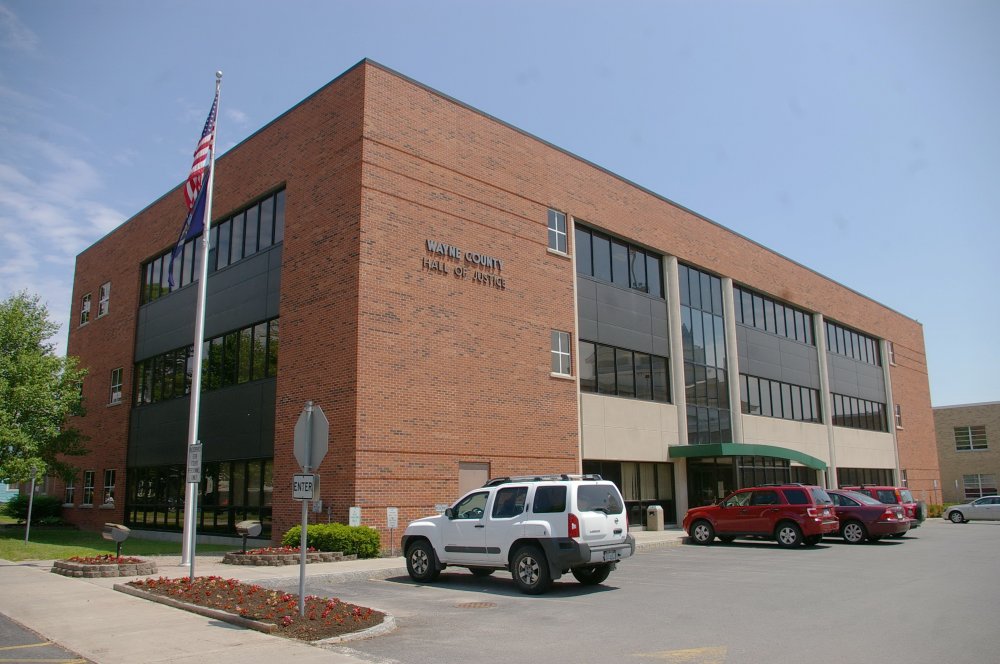 Description:  The building faces south and is a three story red colored brick, glass and concrete structure. The south front of the rectangular building has a central entrance on the first story with horizontal windows with buff and black colored horizontal sections between the windows. The roof line is flat. 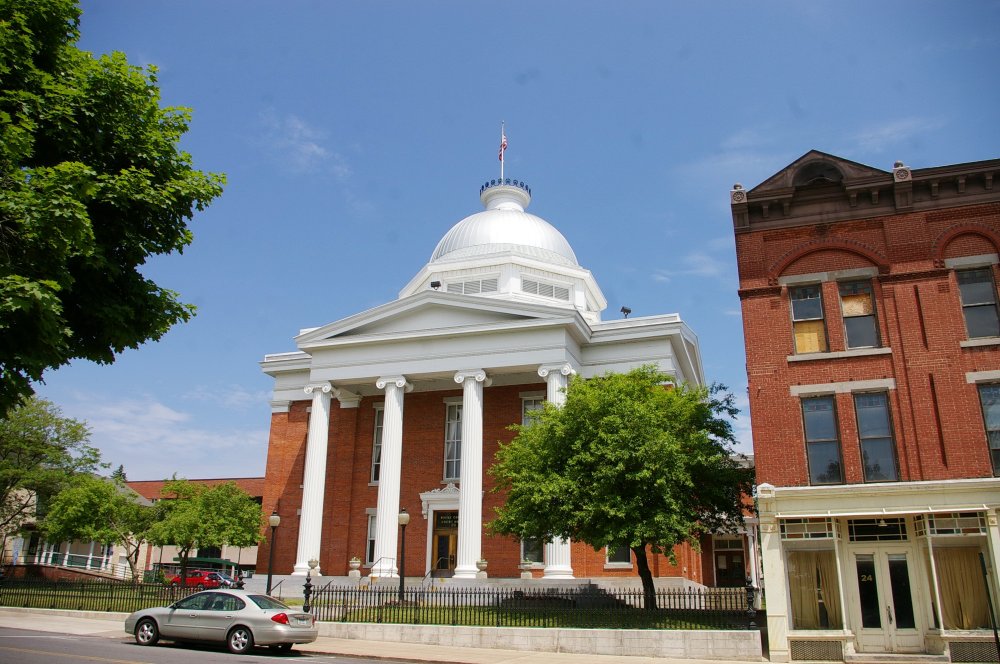 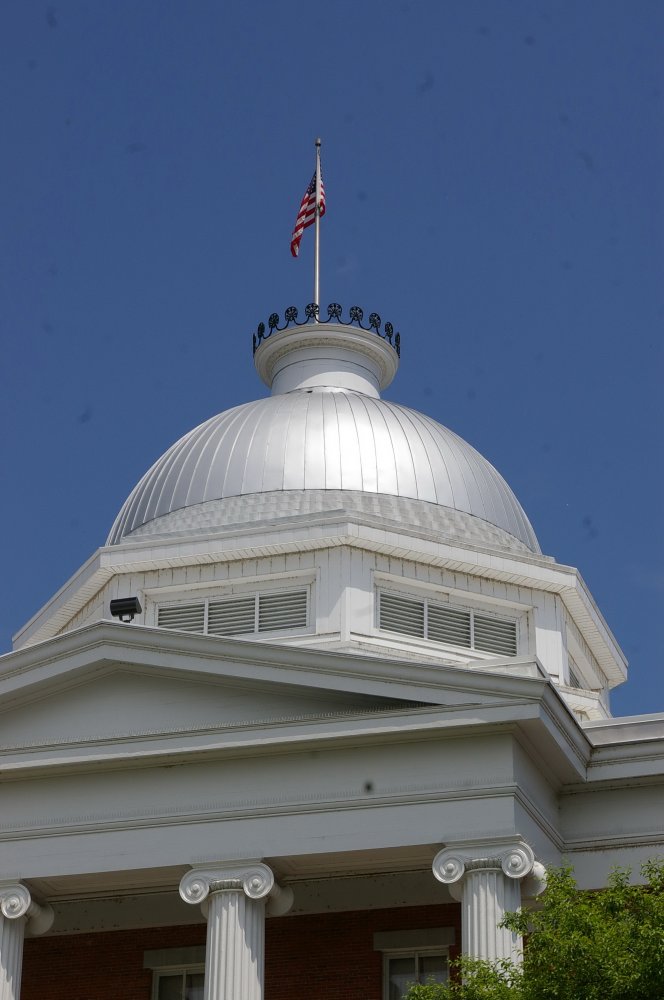 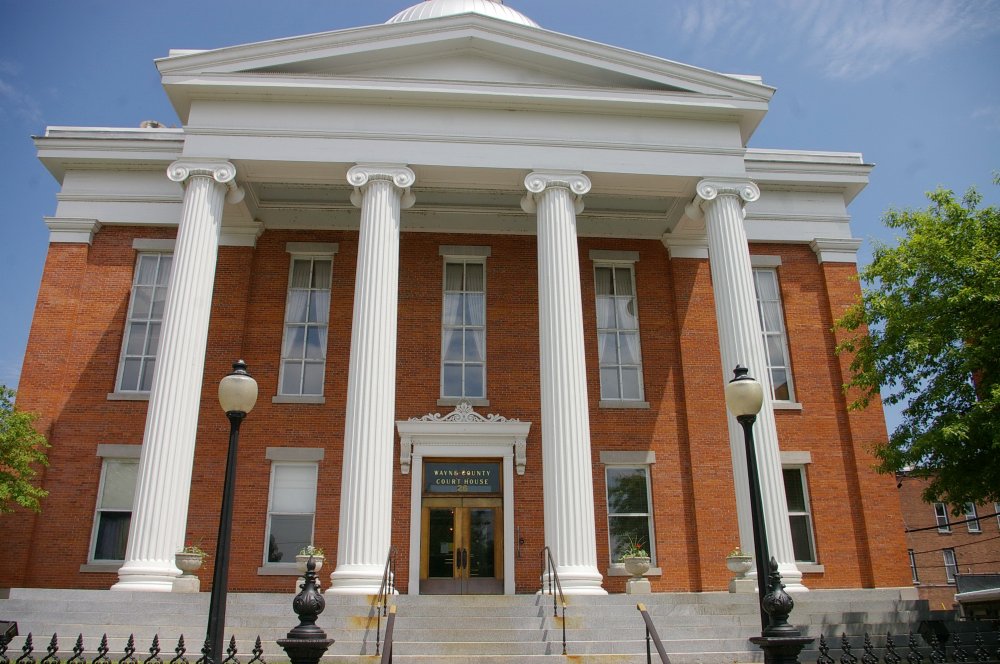 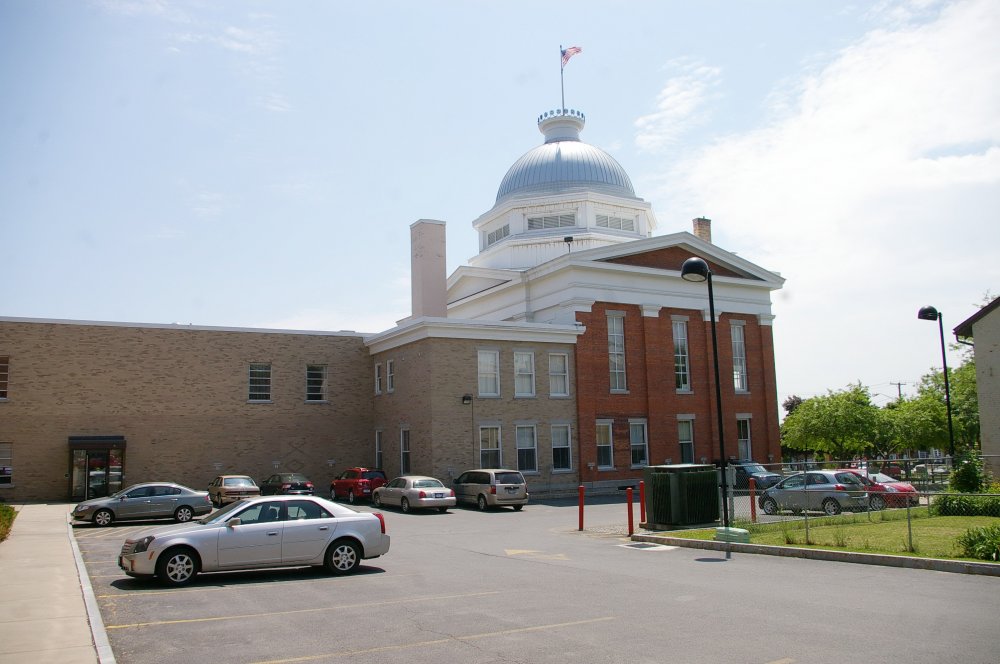 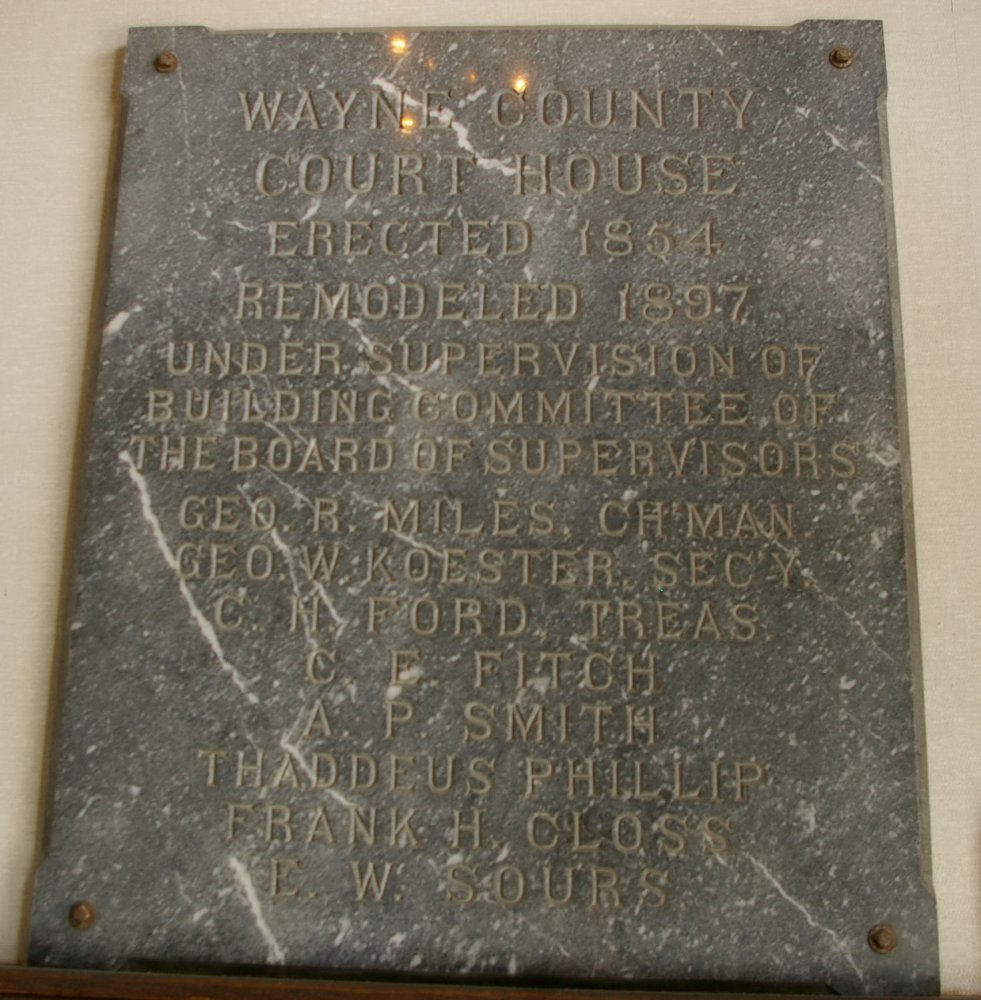 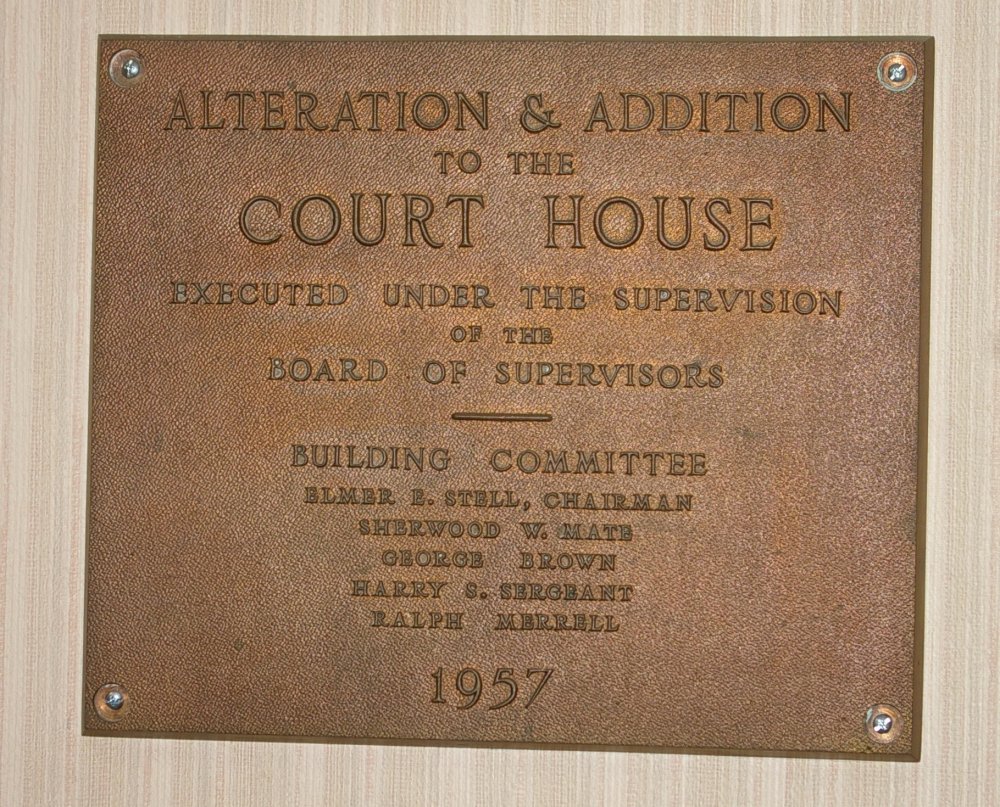 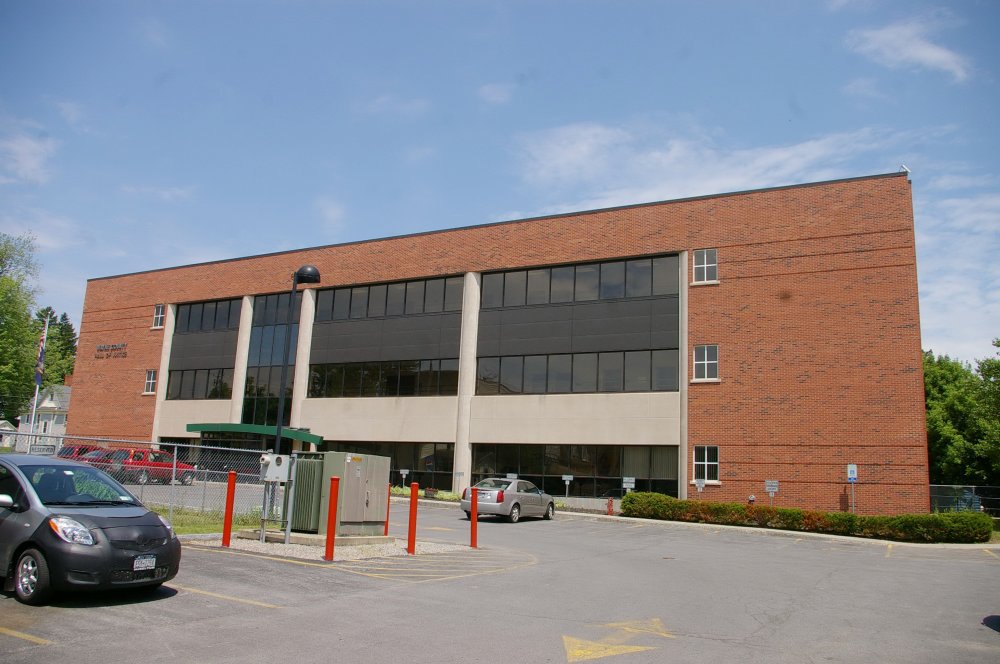 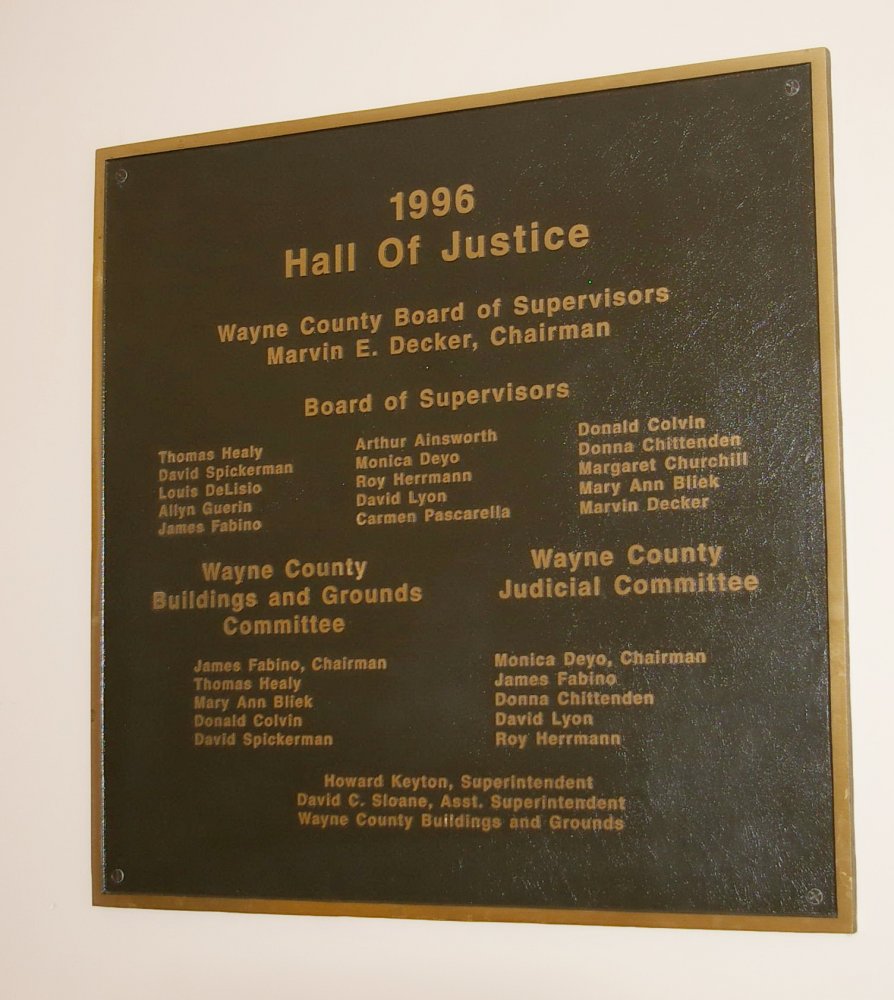