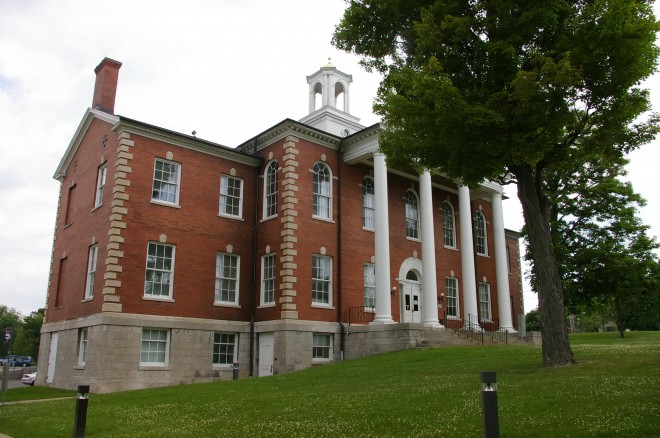 Livingston County is named for Robert R Livingston, who was a drafter of the Declaration of Independence.

Description:  The building faces south and is a two story red colored brick structure. The south front has a large portico supported by four high white colored columns with pediment above. The corners of the building are trimmed with stone. An east and west wing extends from the main building. On the center of the roof is a square white colored wood cupola with open top section. An addition was constructed on the north side in 1957. The building was renovated in 2000. 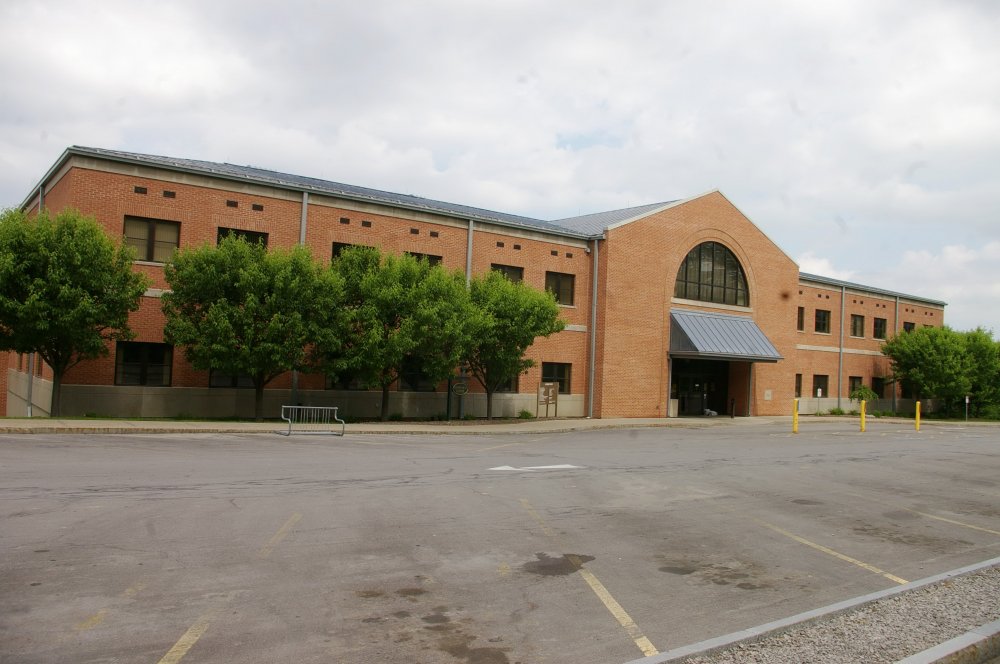 Description:  The building faces east and is a two story red colored brick and concrete structure. The east front has a slightly projecting center section with recessed entrance, large semi-circular window on the second story and rising to a peak. The roof is hipped. 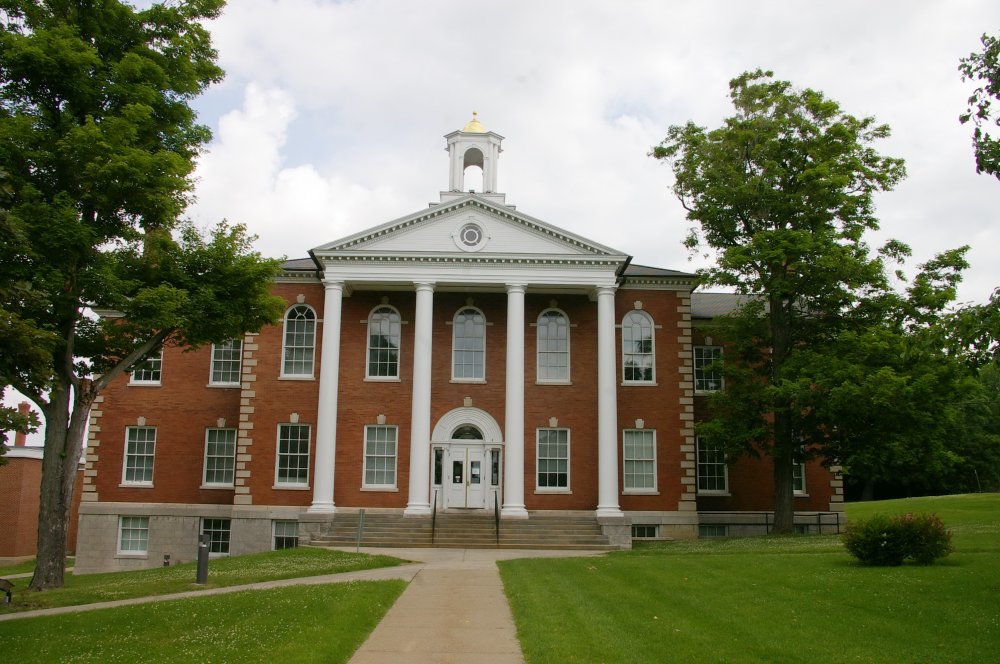 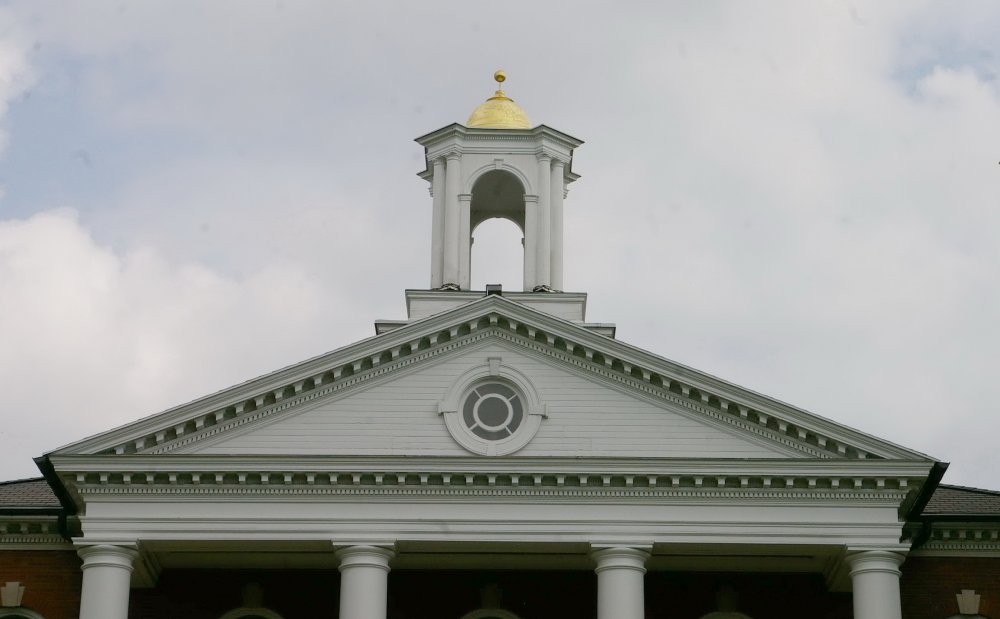 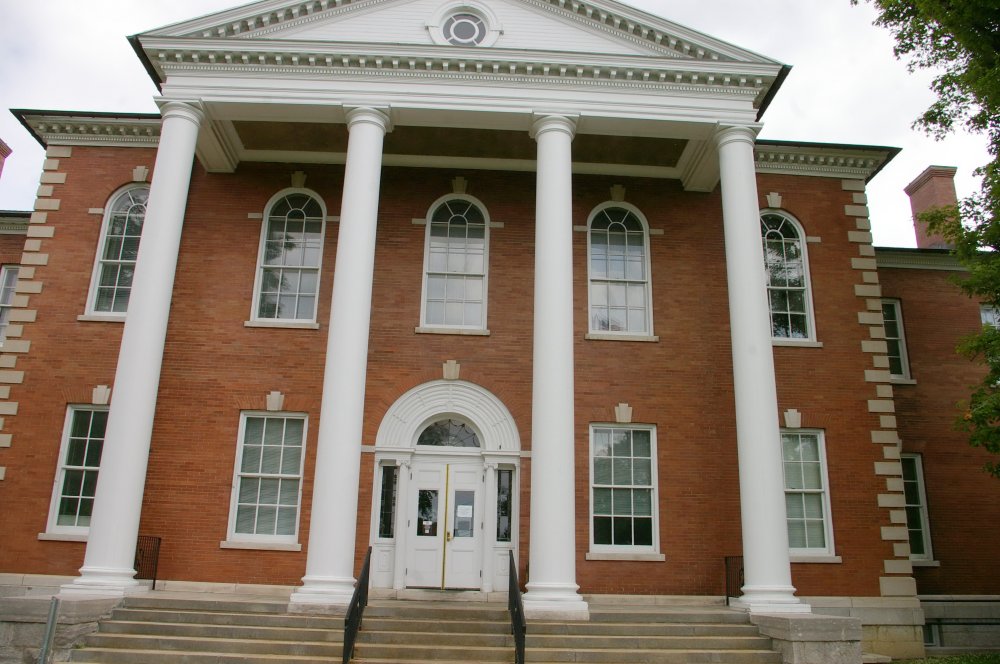 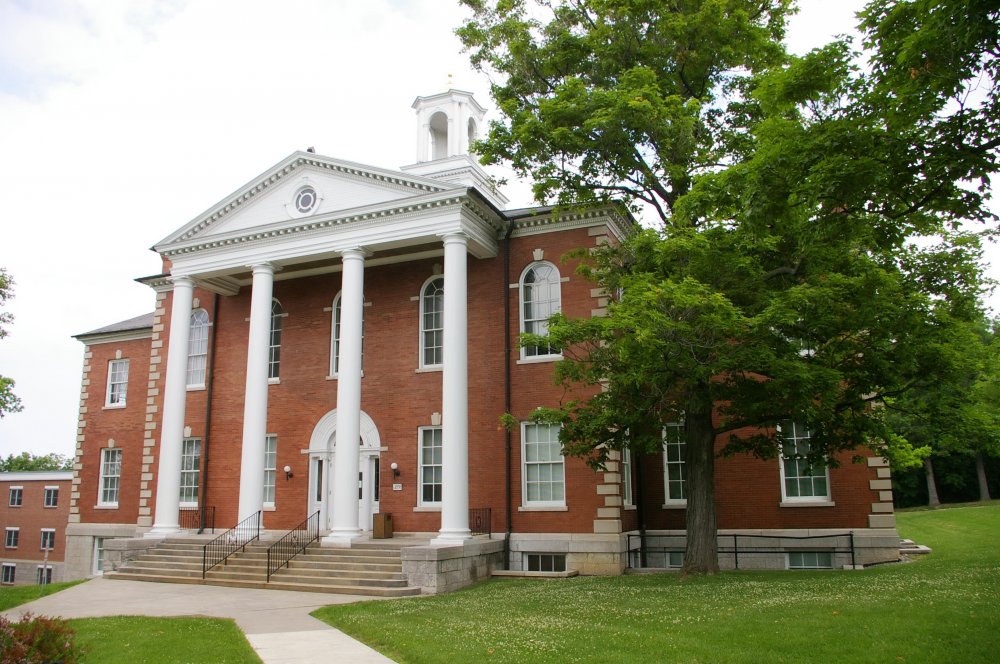 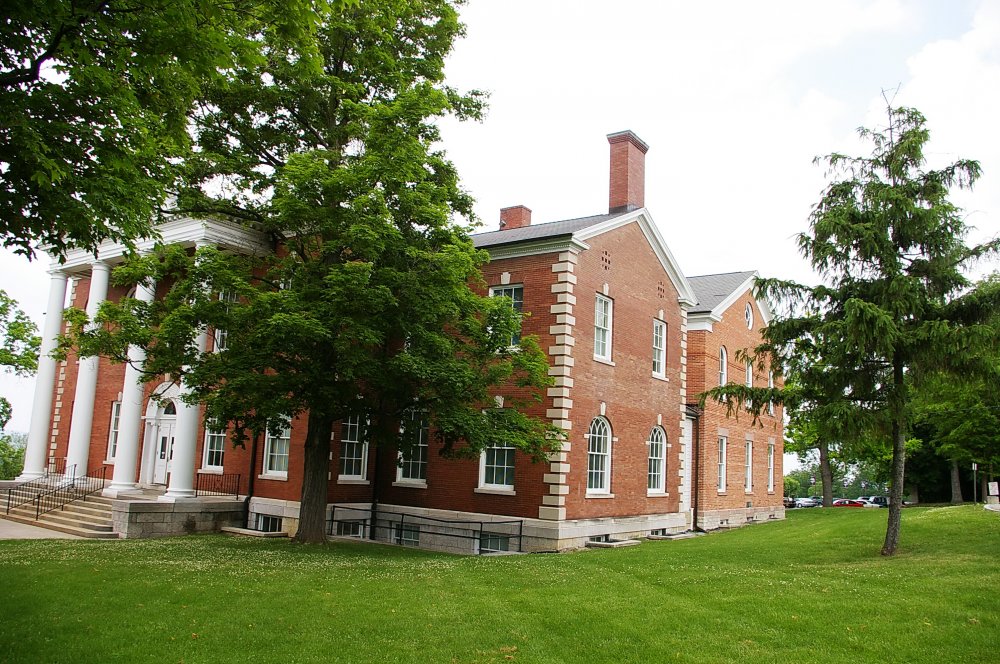 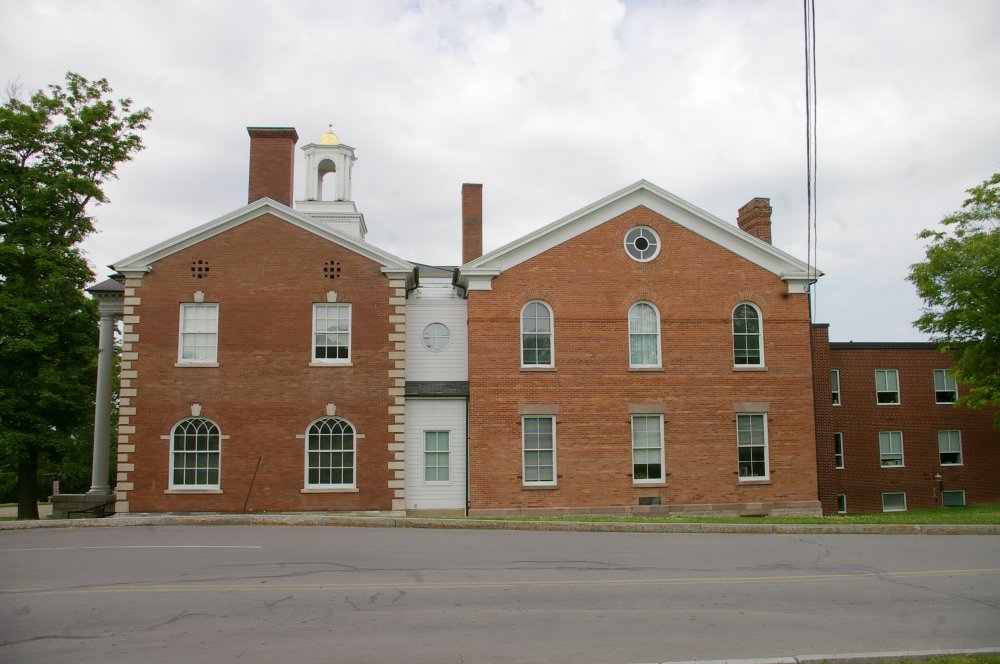 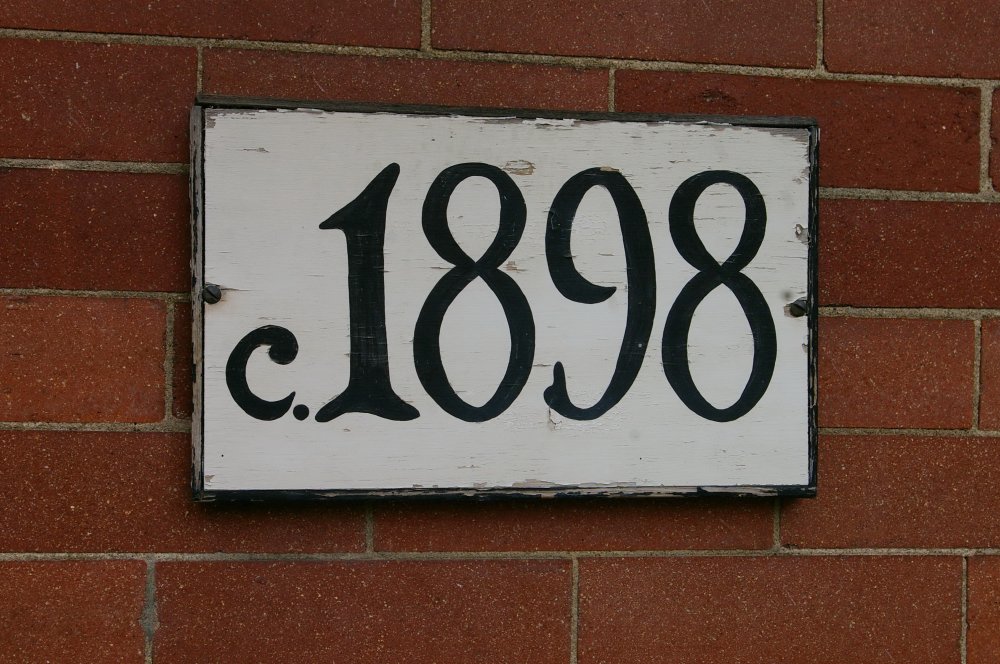 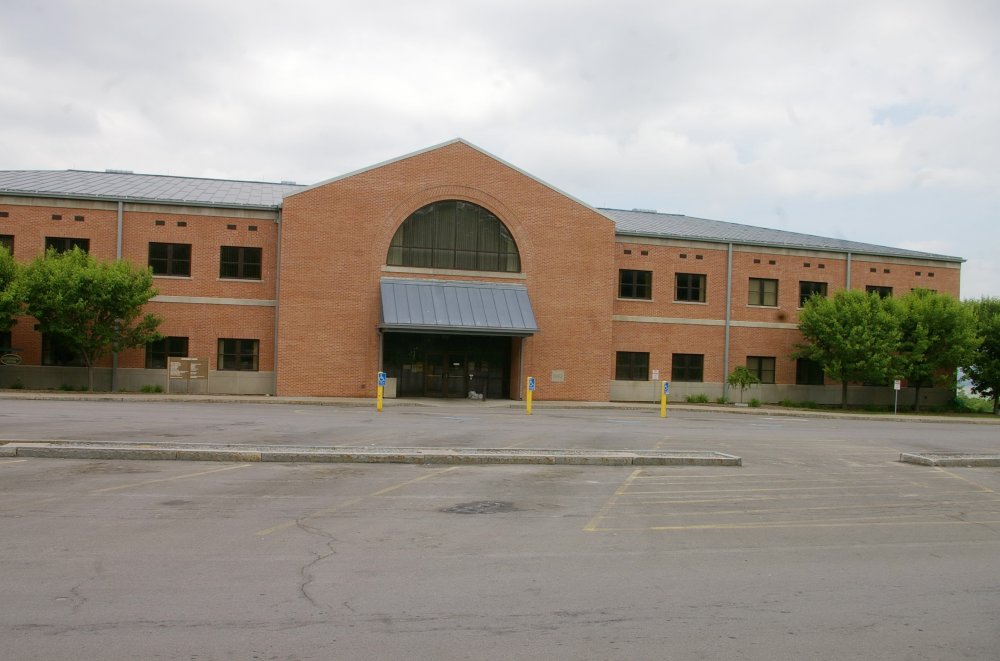 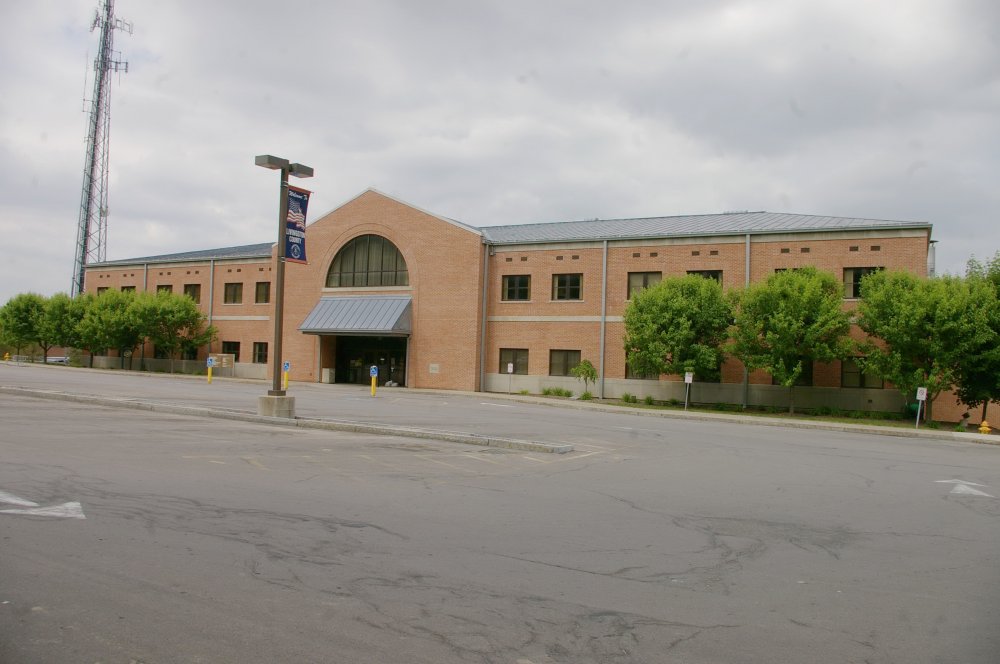