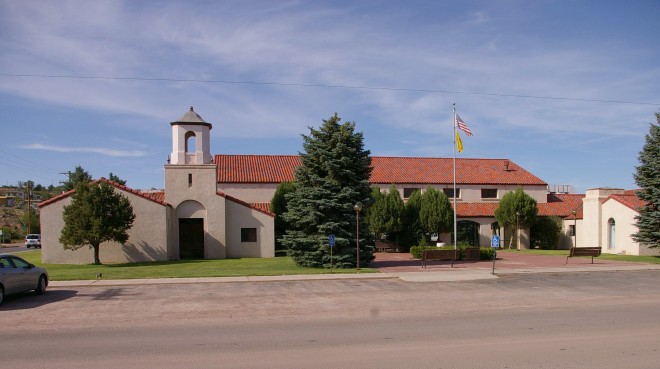 Cibola County is named for the Cibola National forest, part of which lies within the county, and “cibola” refers to the legendary “Seven Cities of Gold”.

Description: The building faces south and is a one story yellow colored stucco, glass and concrete structure..The building is located on landscaped grounds in the center of Grants. On the west side is the church with open sided tower. The building has a red colored title hipped roof and faces south onto a plaza. The building houses the District Court of the 13th Judicial District. The building was formerly the Grants High School and the Cibola Convention Authority Building.

History:  The county was created in 1981 and Grants was selected as the county seat. The first and present courthouse was constructed in 1986 to 1987. 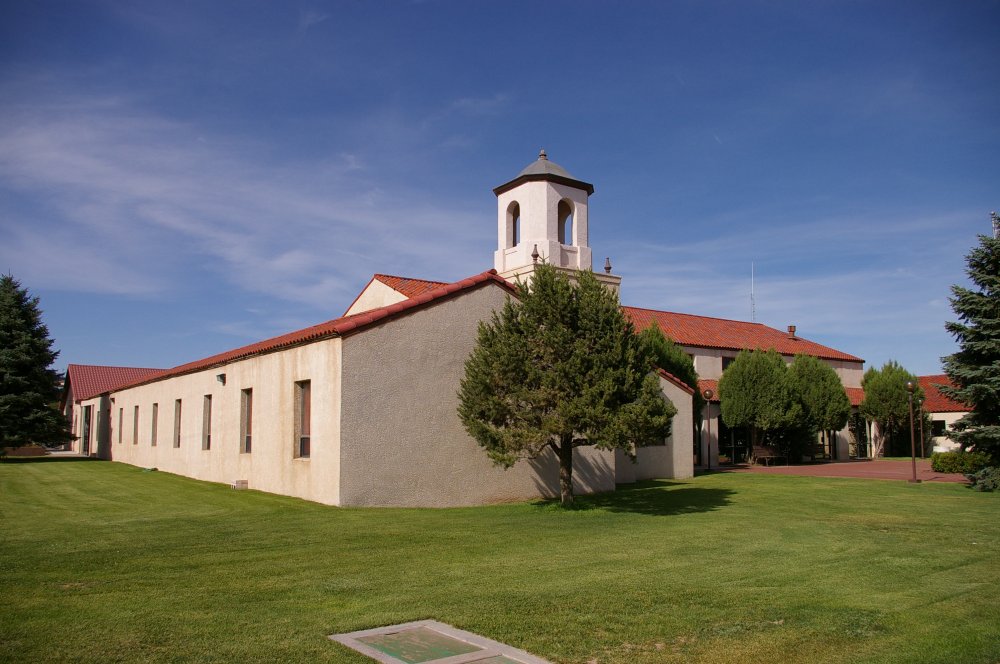 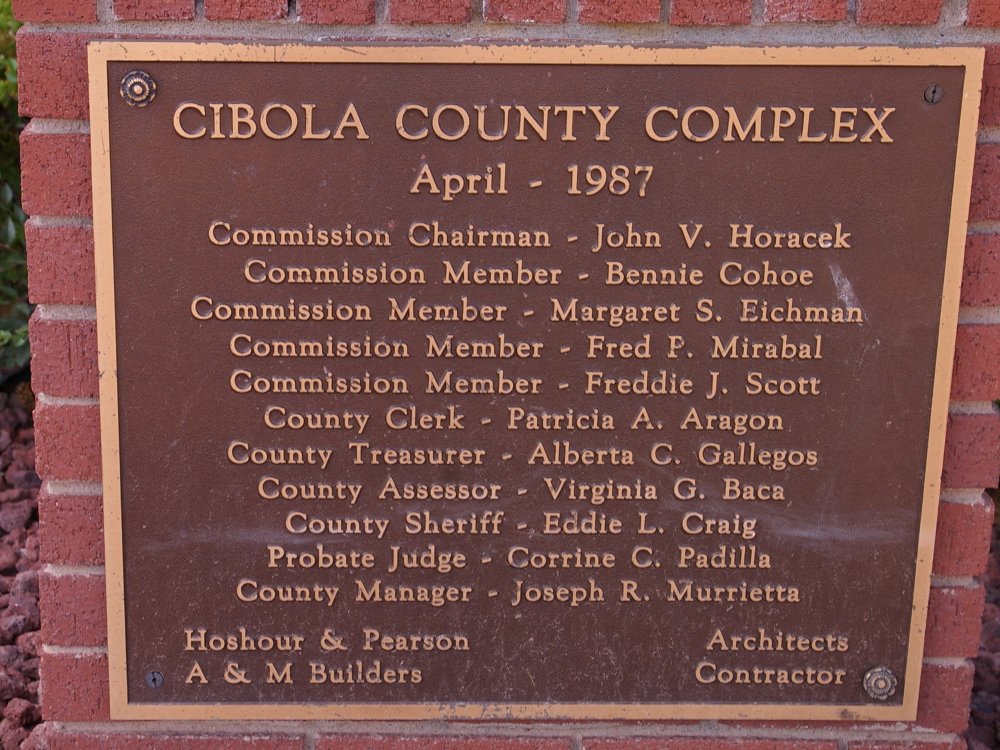 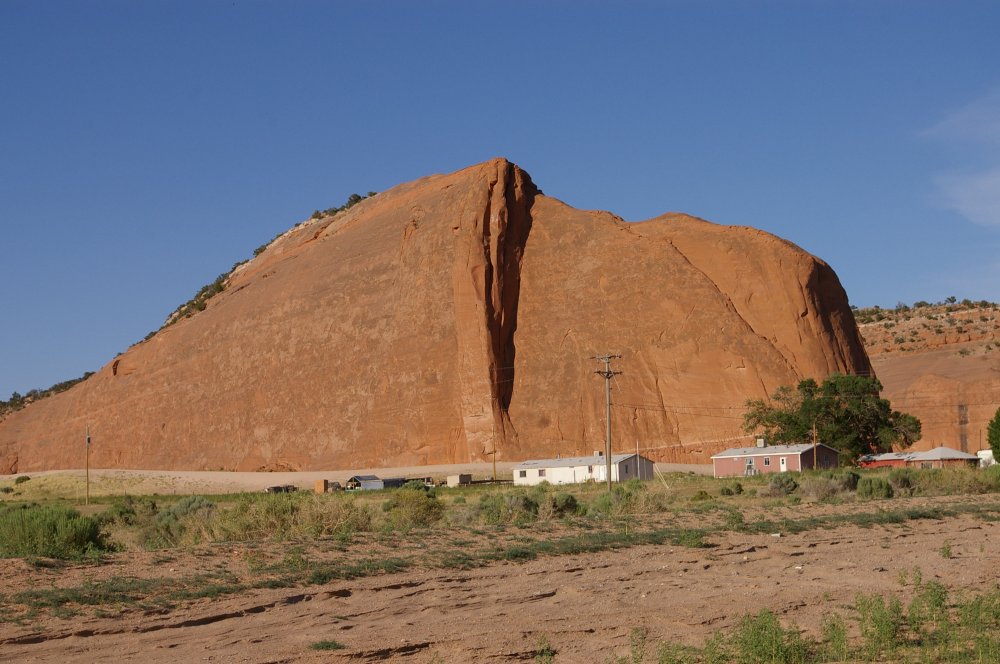