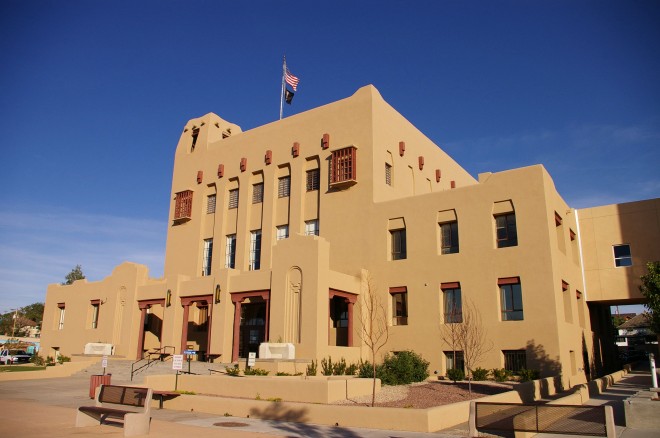 McKinley County is named for William McKinley, who was the 25th President of the United States.

Description: The building faces west and is a three story light brownish colored stucco and concrete structure. The building is located in the center of Gallup. The entire building is stuccoed brown color and has brown-painted wood features. The building is asymmetrical in massing and detail, with varying roof heights. All of its roof sections are flat and surrounded by parapets. The west front has an arched Spanish style one story portico. The northwest corner rises to a small tower above the roof line. The interior has retained the integrity of its original detailing. Some original hand-tooled, tin light fixtures remain. The floors are covered with original terrazzo tile and are in very good condition. On the first story there is tile wainscoting to a height of four feet. Some of these tiles are decorated with Indian symbols. The plaster walls above the wainscoting are decorated with fresco paintings of Indian symbols. A wide, central stairwell, located at the south end of the lobby, provides access to the upper stories as well as the lower. The walls of the main courtroom on the second story are decorated with massive WPA funded murals painted in oil directly on the wall by artist Lloyd Moylan. These impressive murals depict the history of man in McKinley County, beginning with animal life, and showing scenes of Indian life, the coming of the Conquistadors, the arrival of the U.S. Calvary, the captivity of the Navajos and Apaches at Bosque Redondo in the 1860’s, the coming of Mountain Men and miners, and ending with the arrival of the railroad. The building houses the District Court of the 11th Judicial District. On the south side is the modern brownish colored three story County Court House Annex of glass and concrete construction.

History:  The county was created in 1889 and Gallup was selected as the county seat. The first courthouse and jail were built of native sandstone in 1901 on South Second Street. The courthouse a two story structure designed by J L Drier and was later demolished in the 1950’s. The second and present courthouse was constructed in 1937 to 1938 at a cost of $227,272. 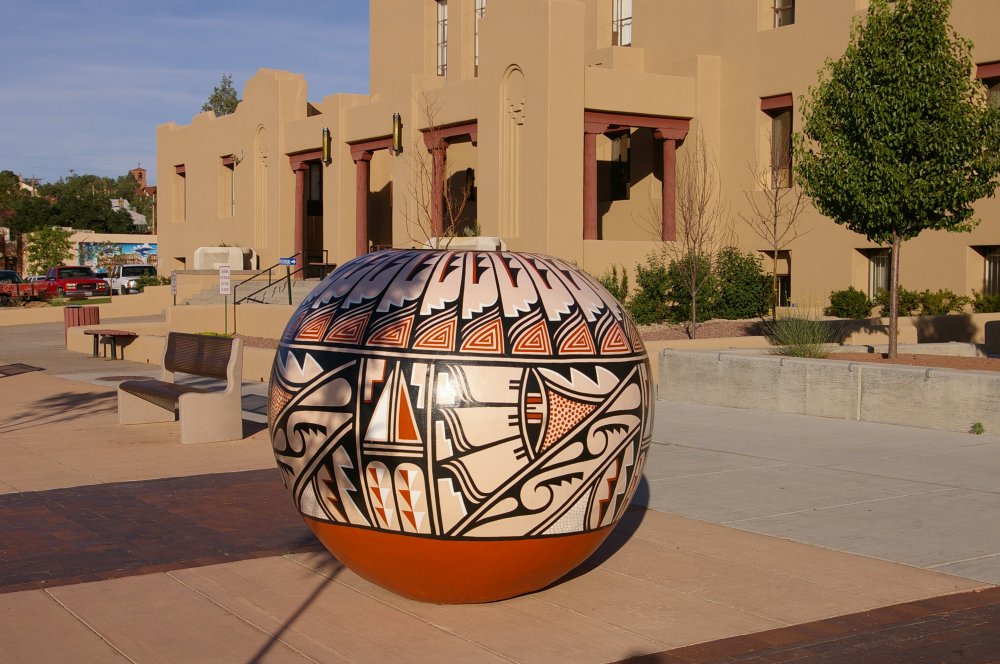 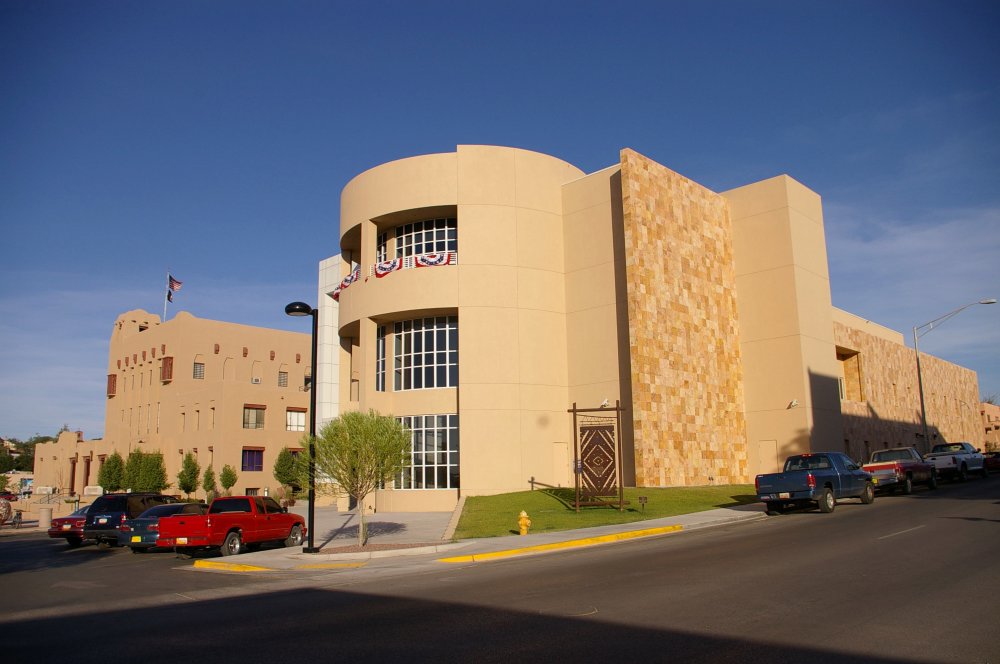 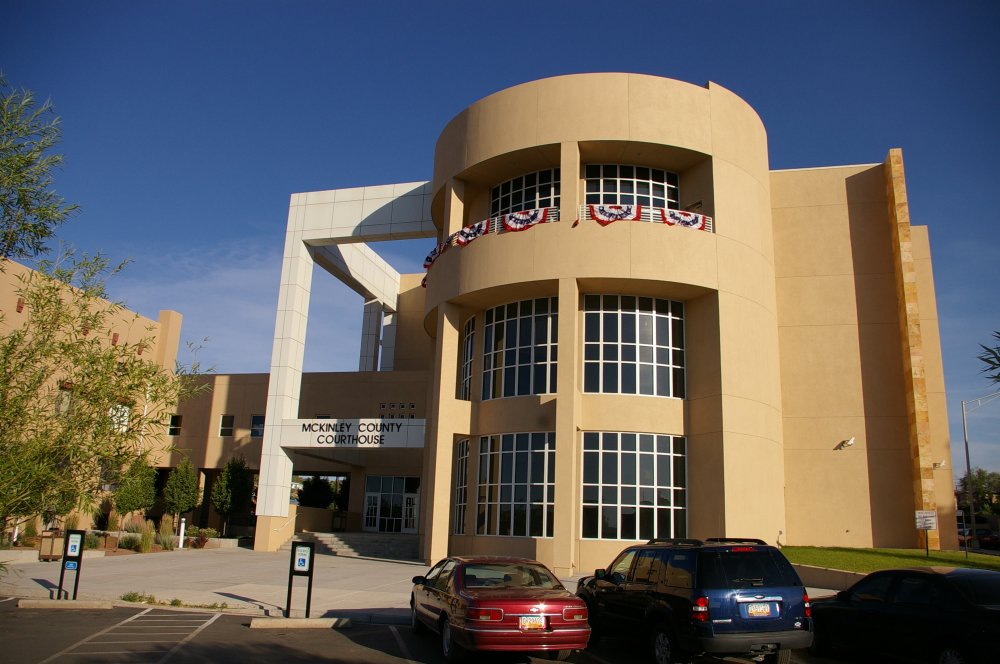 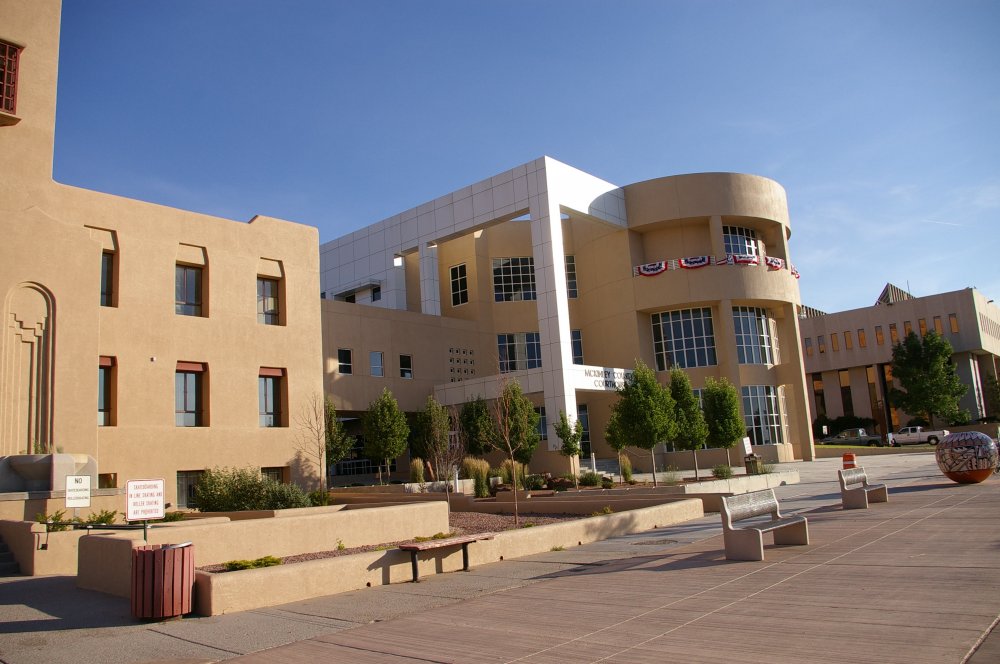 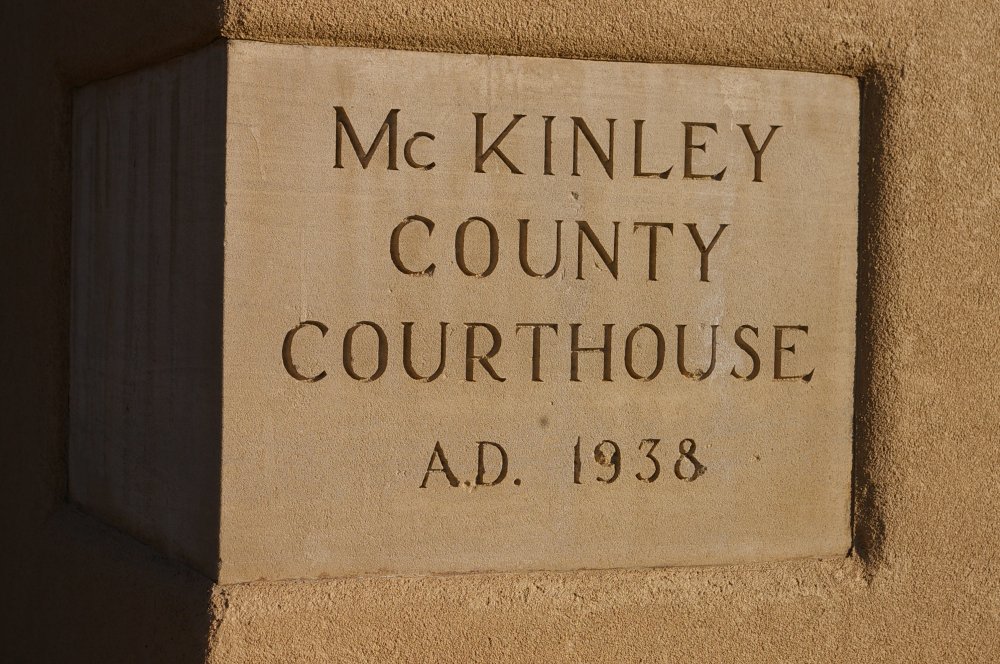