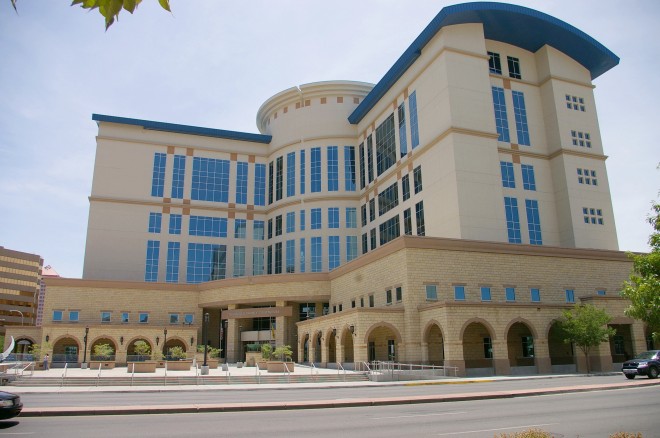 Bernalillo County is named after the Gonzales-Bernalillo family that lived in the area before the Re-Conquest in 1692.

Description: The building faces northeast and is a nine story glass and concrete structure. The building is located in the center of the city. The building forms an “L” shape with the front on the northeast side where the two story sand brick wing has arches along the first story and a rounded entrance way in the center facing a small plaza. Design architect was FMSM Design Group and technology contractor was Johnson Controls Inc. Description: The building faces south and is a four story cream colored stone and concrete structure. The building is located in the center of the city on the south side of the courthouse. The south front has a central recessed entrance on the first story. Above the entrance is a stone faced section. Between the windows are decorative panels. The roof line is flat.  The halls and floor are lined with marble. The building was remodeled in 1964. The architect was Louis G Hesselden and A W Marshall, Associates and the contractor was Lemke Construction Company Inc. The building is named as the Court House and Hall of Justice and houses county offices.

Note:  The building was originally red colored brick. During the 1964 remodeling, the building exterior was faced with stone siding.

Note:  The first courthouse was designed by F E Edbrooke and constructed by Gaetano Palladino and Michael Bernardinelli in 1886. The building was located at 2001 West Central Avenue at the site of the San Felipe Elementary School and cost of construction was $62,054. Description: The building faces east and is an eleven story buff colored concrete and glass structure. The building is located facing onto the Civic Plaza with the old courthouse on the south side and the Albuquerque City Hall on the north side in the center of the city. The east side o the building is tiered with projecting canopies between the horizontal windows. The roof line is flat. The building is named as the Albuquerque / Bernalillo County Government Center.

See:  The New Mexico Court of Appeals – Albuquerque is located in the county. 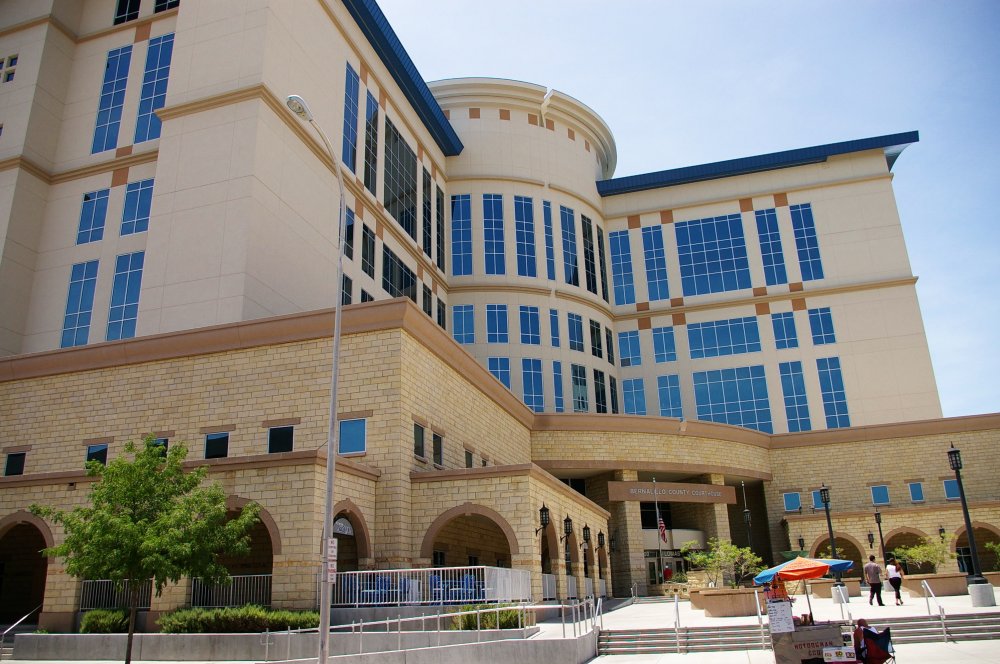 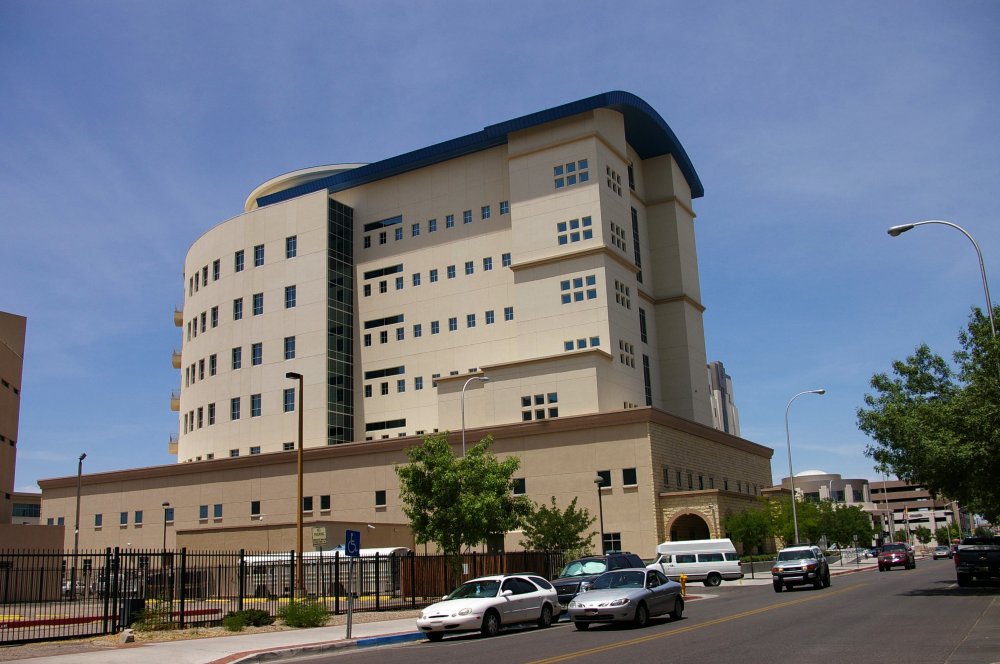 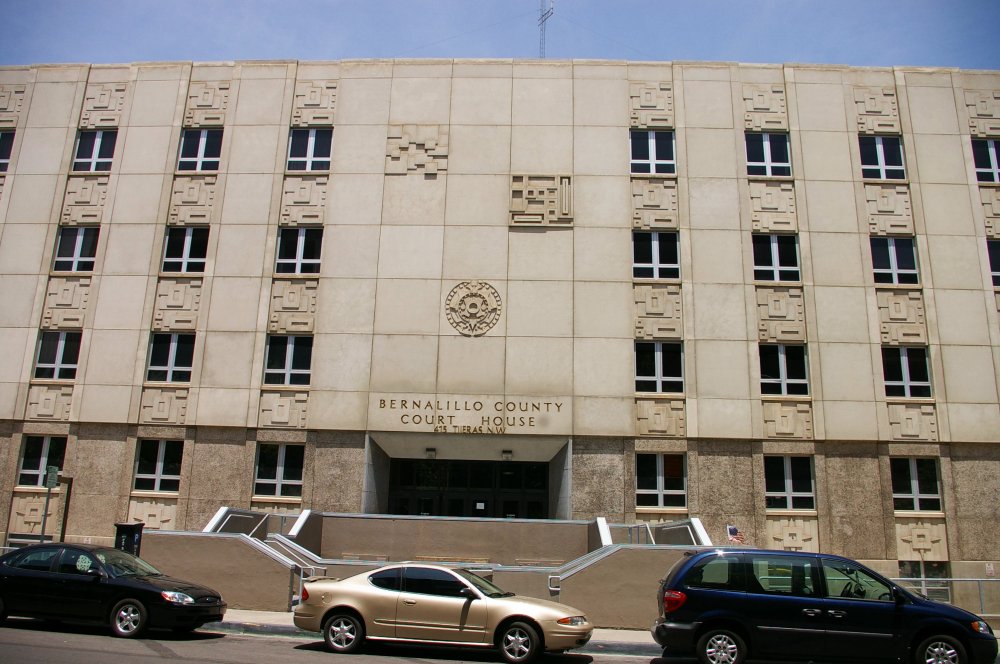 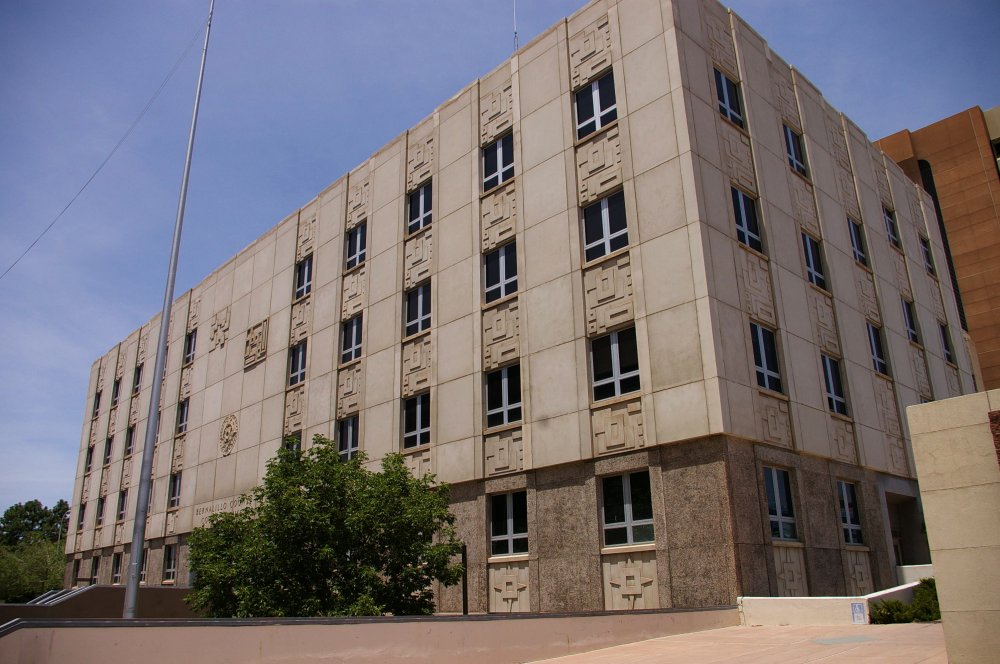 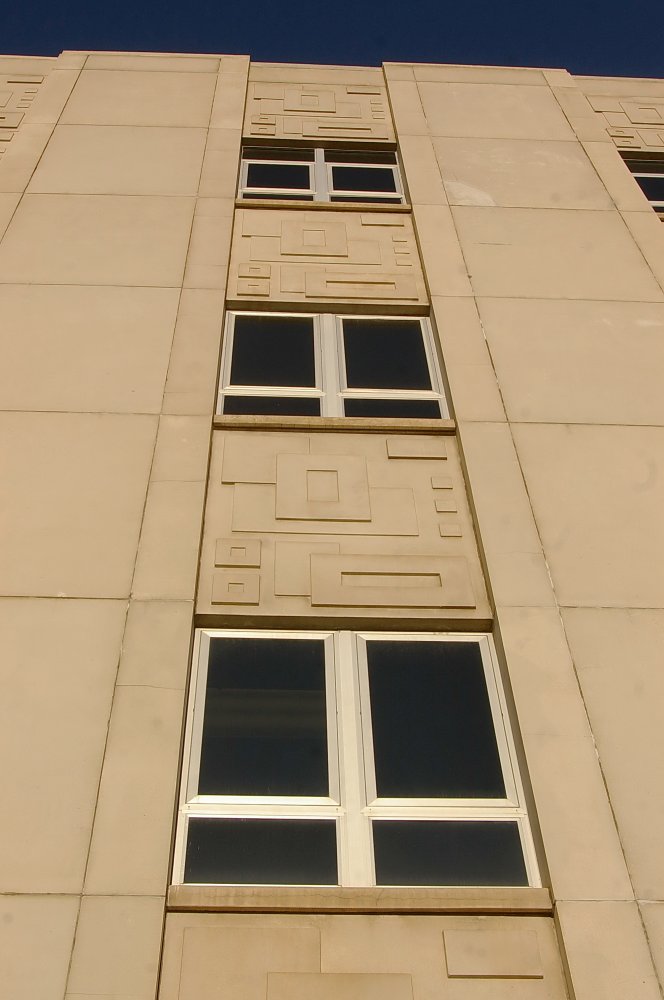 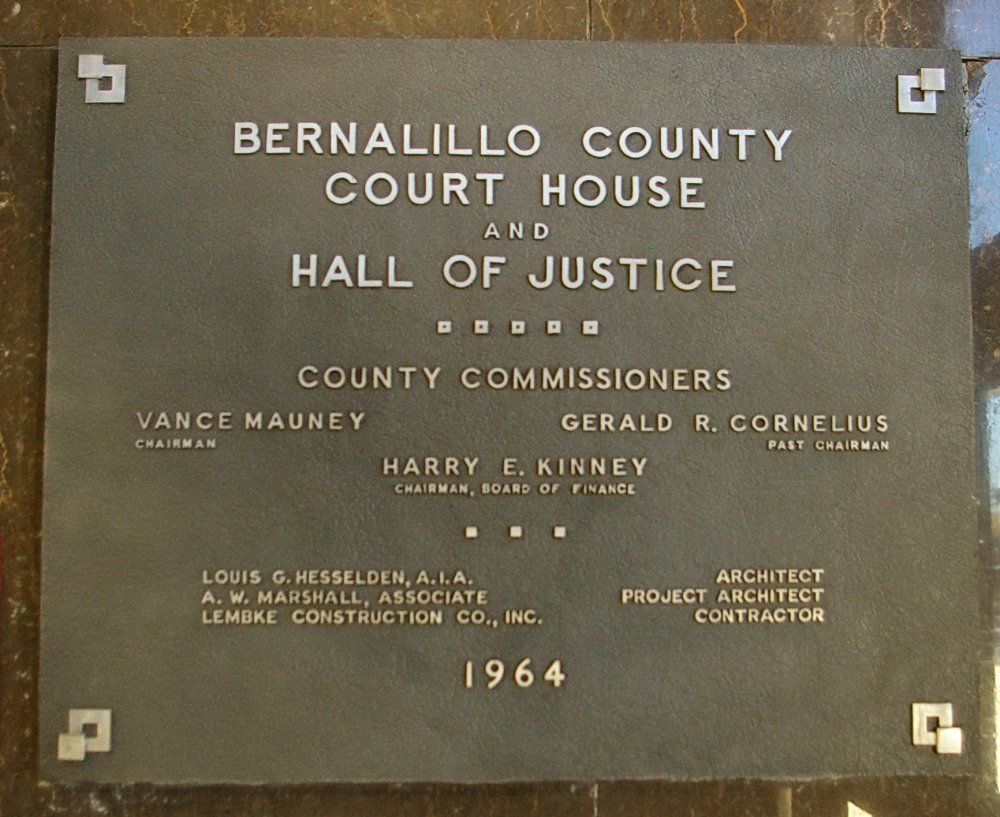 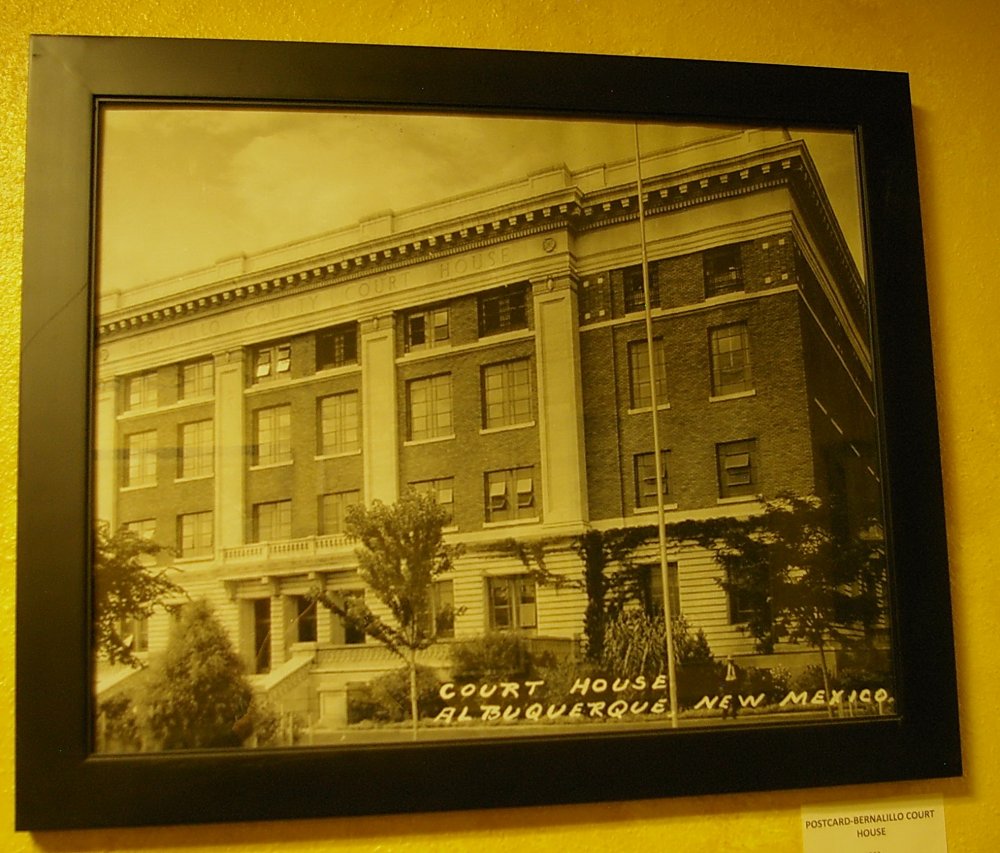 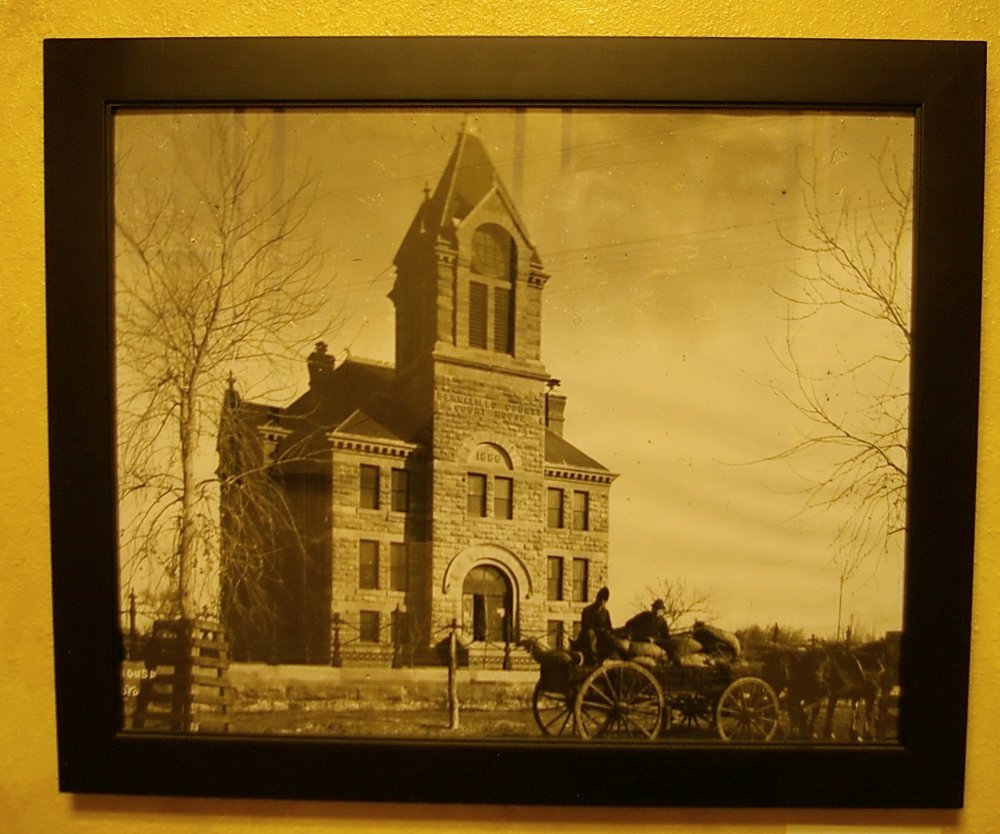 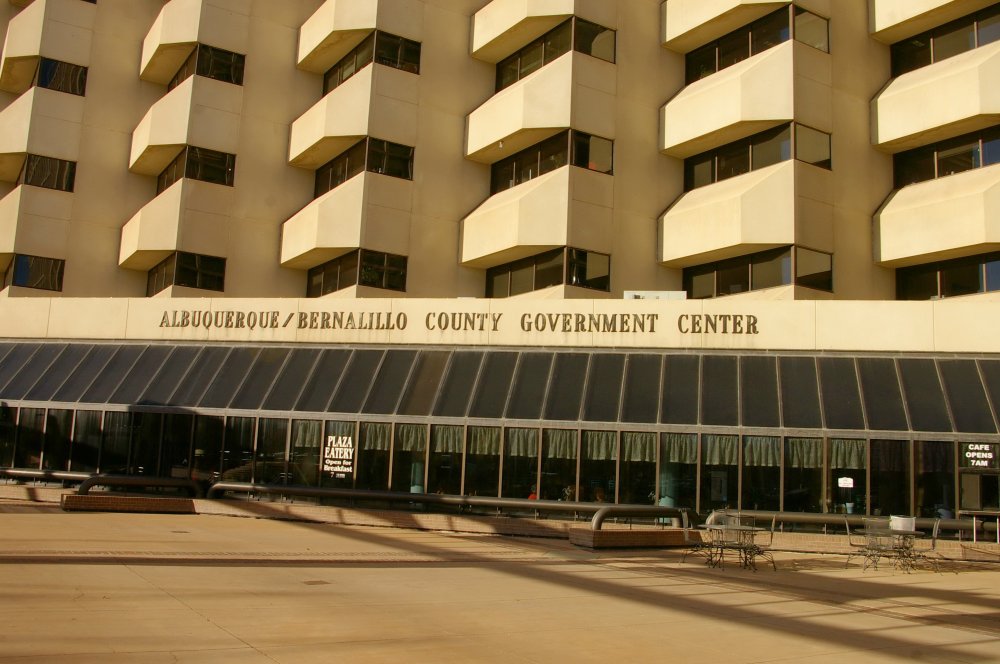 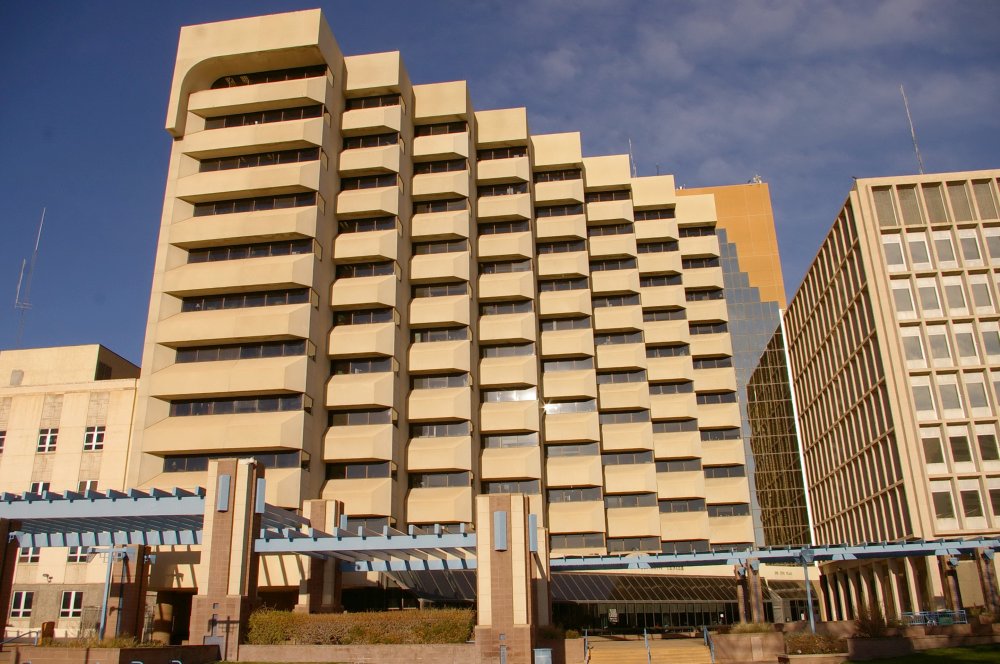 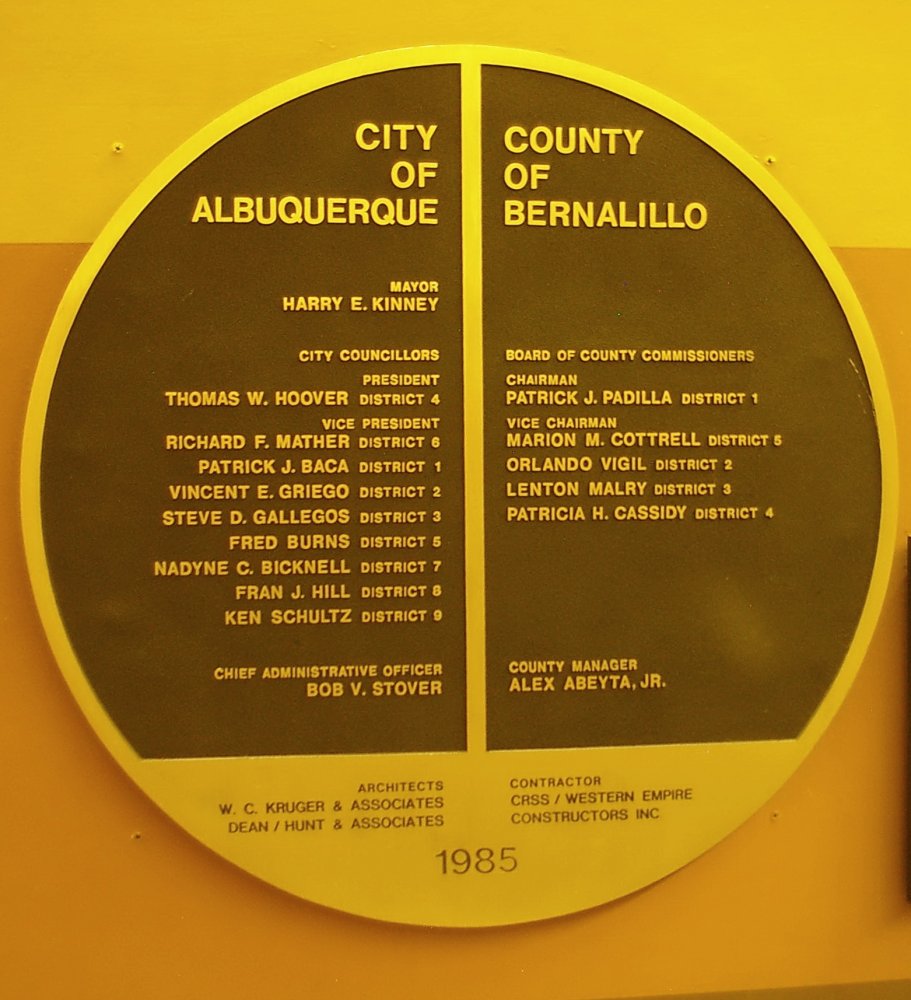